Intermediate House is a traditional located in Asunción, Paraguay, designed in 2021 by Equipo de Arquitectura. 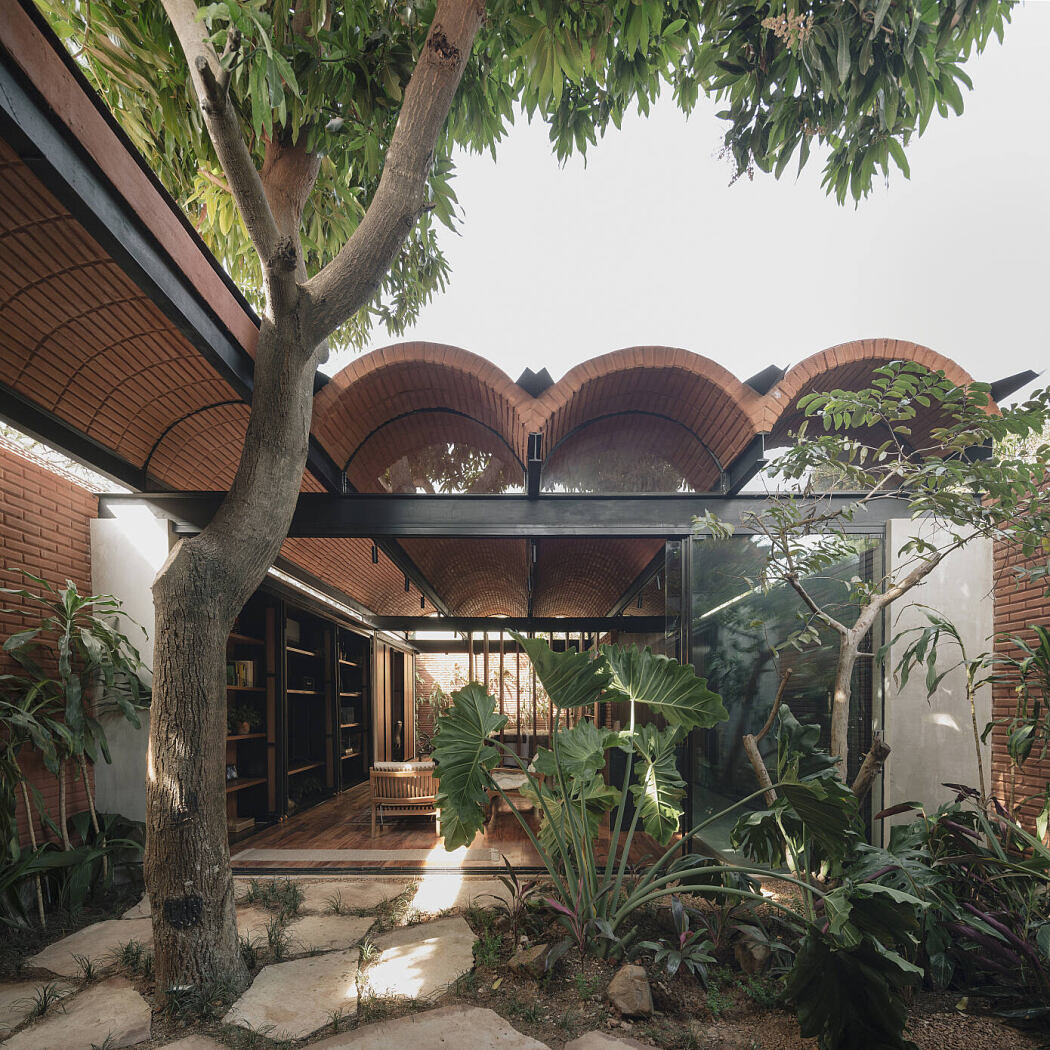 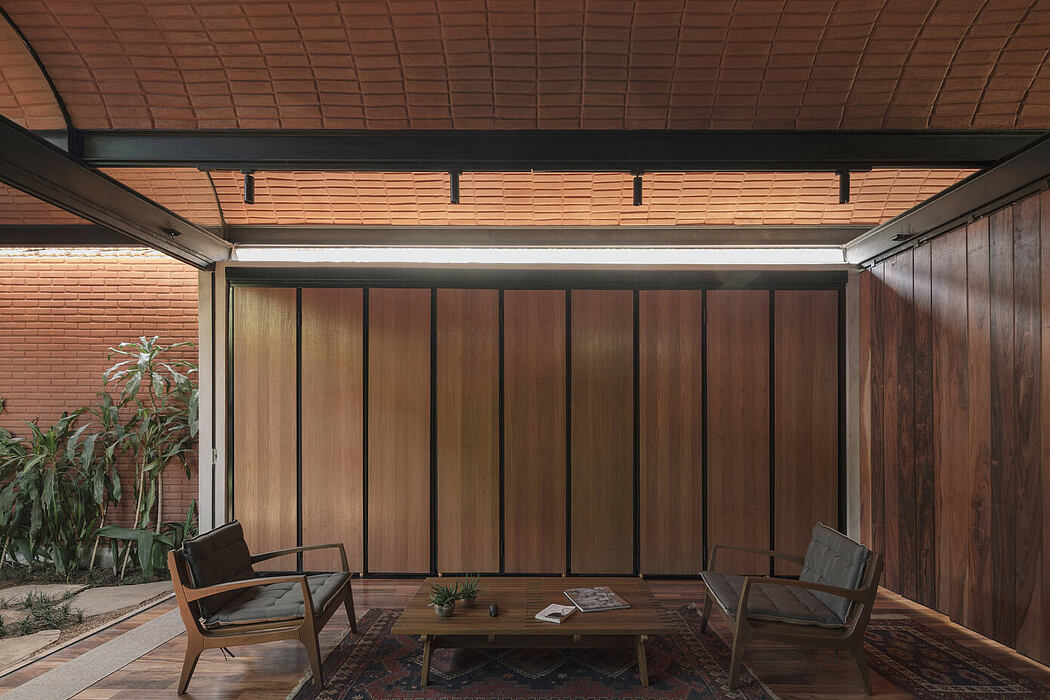 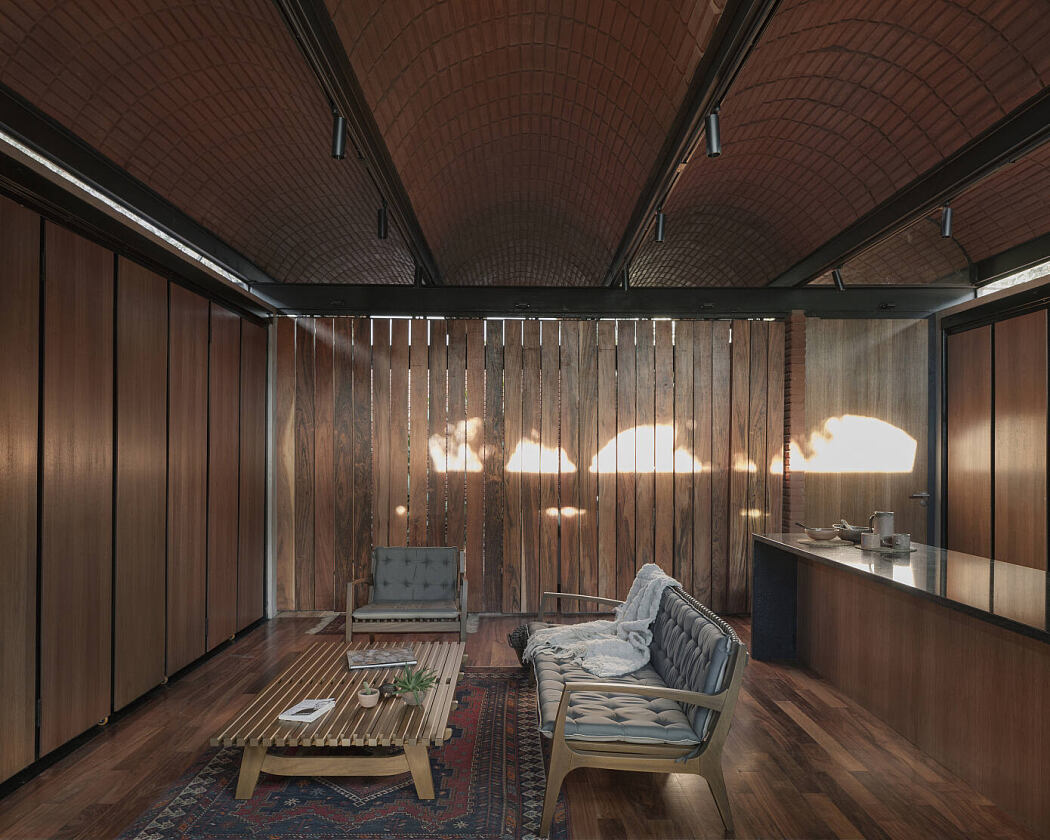 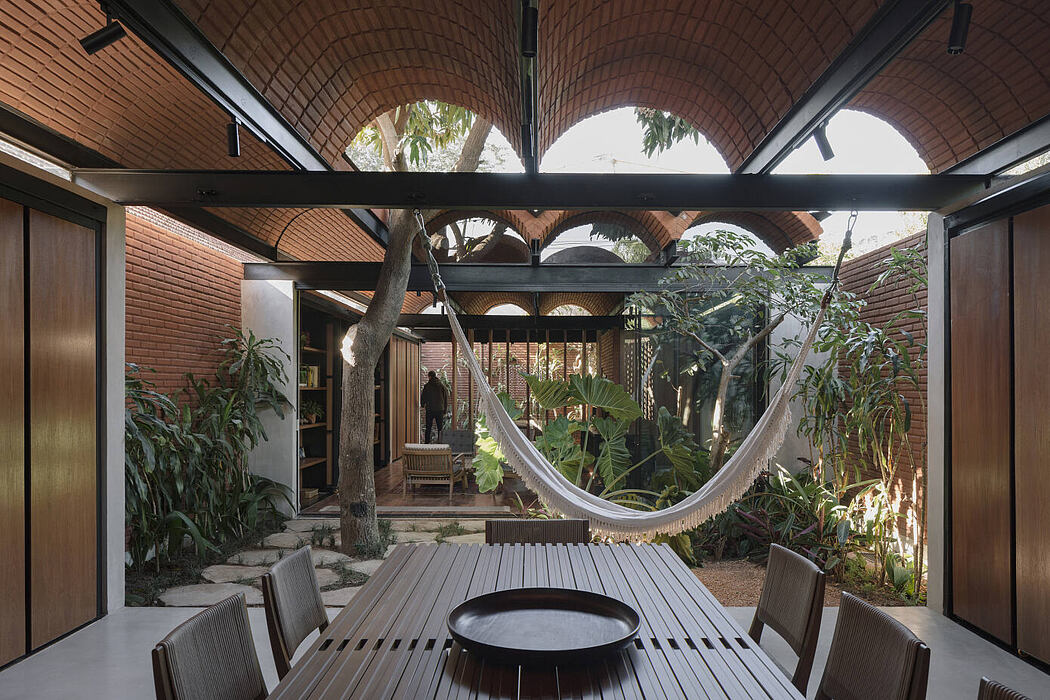 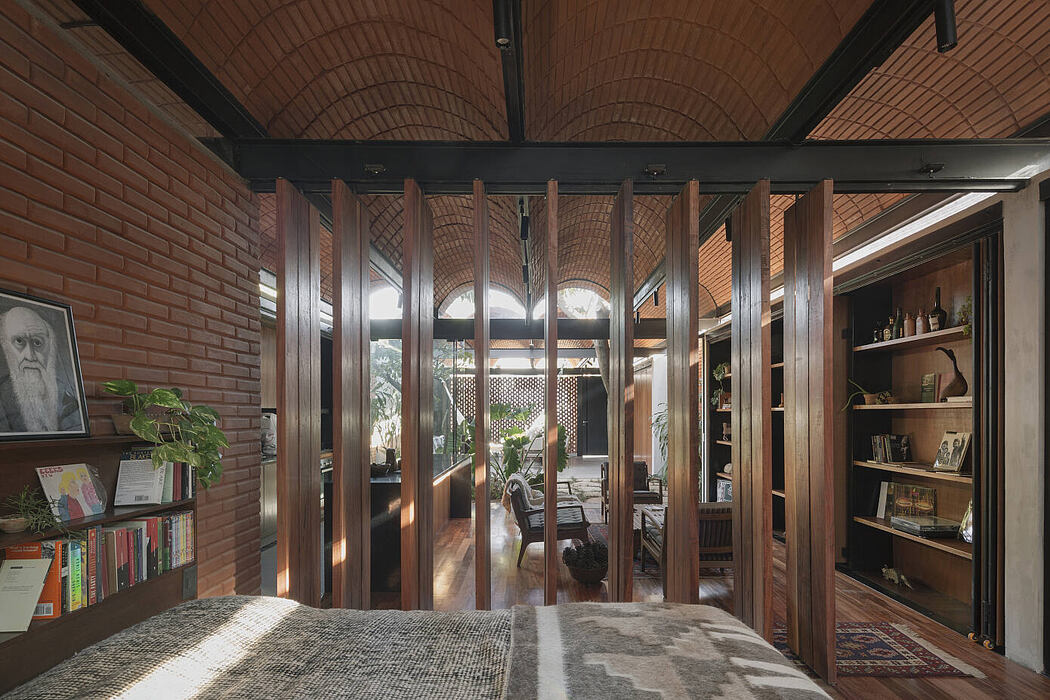 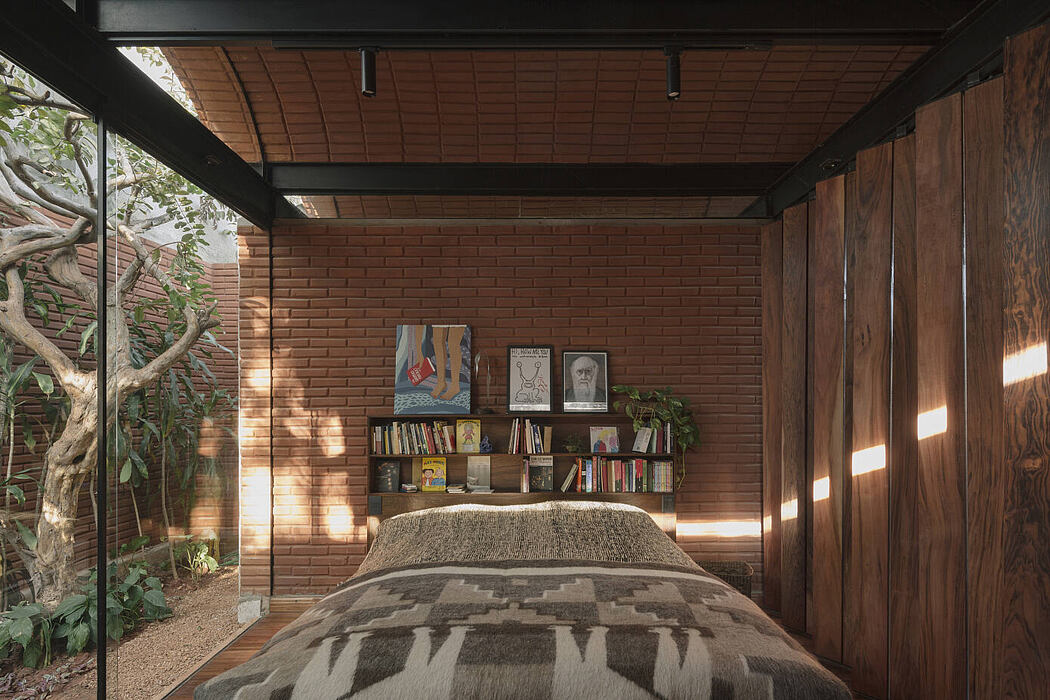 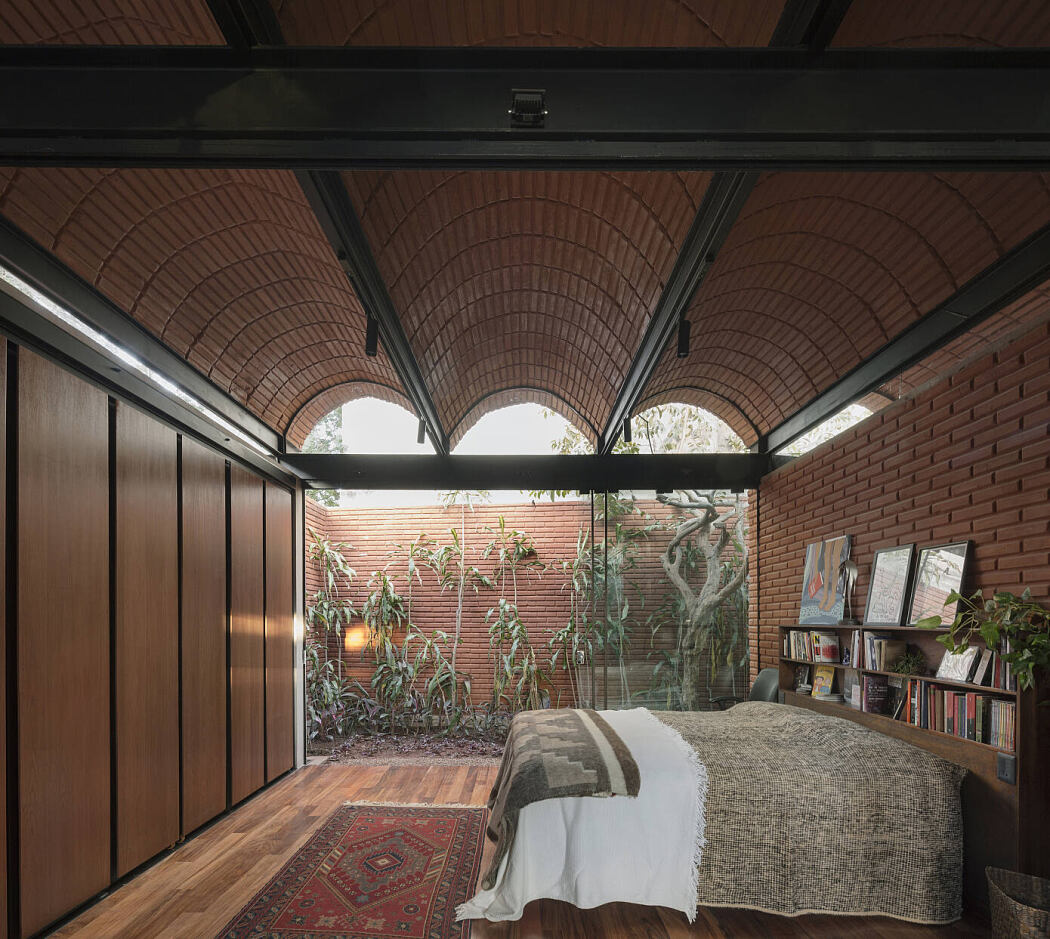 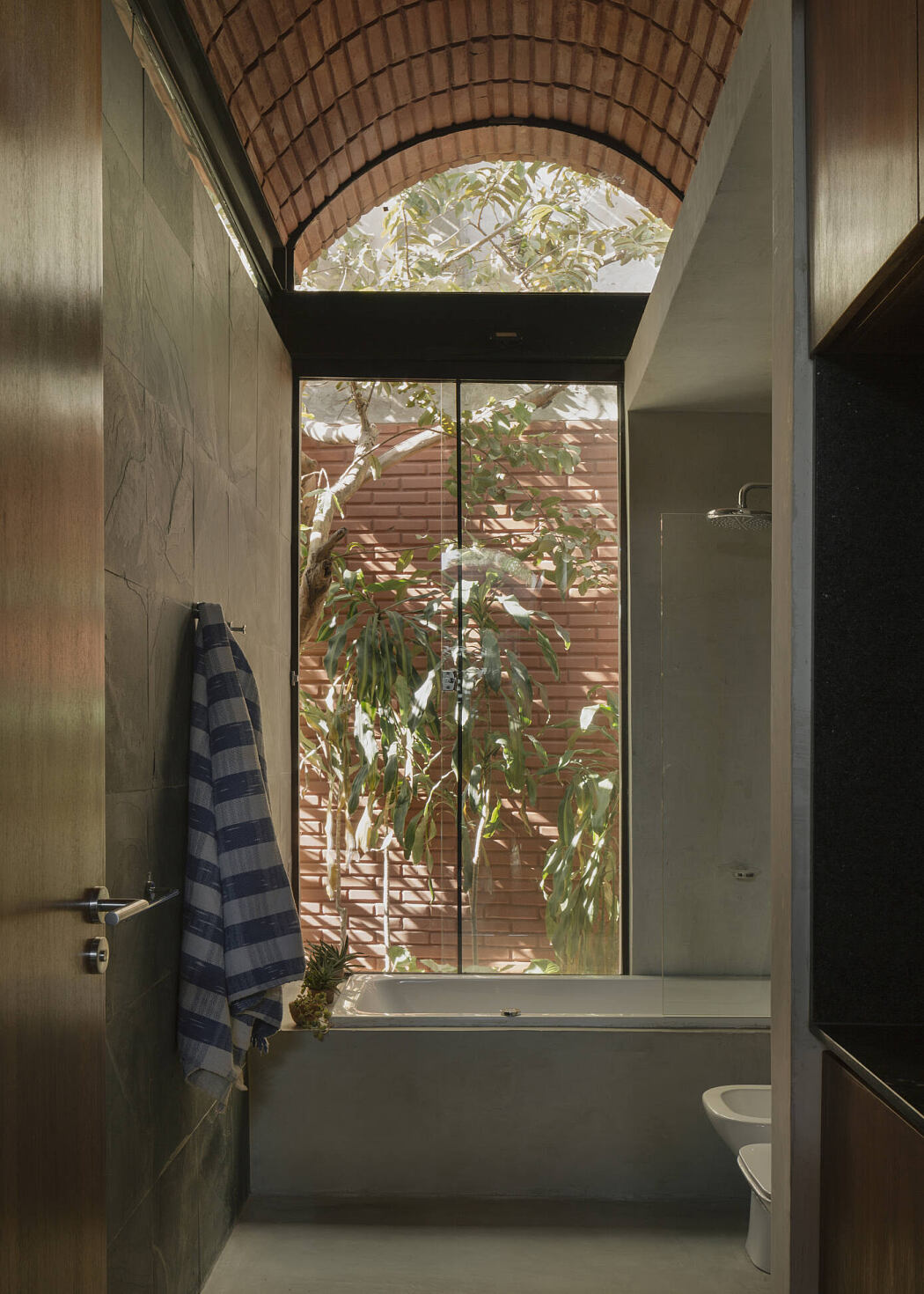 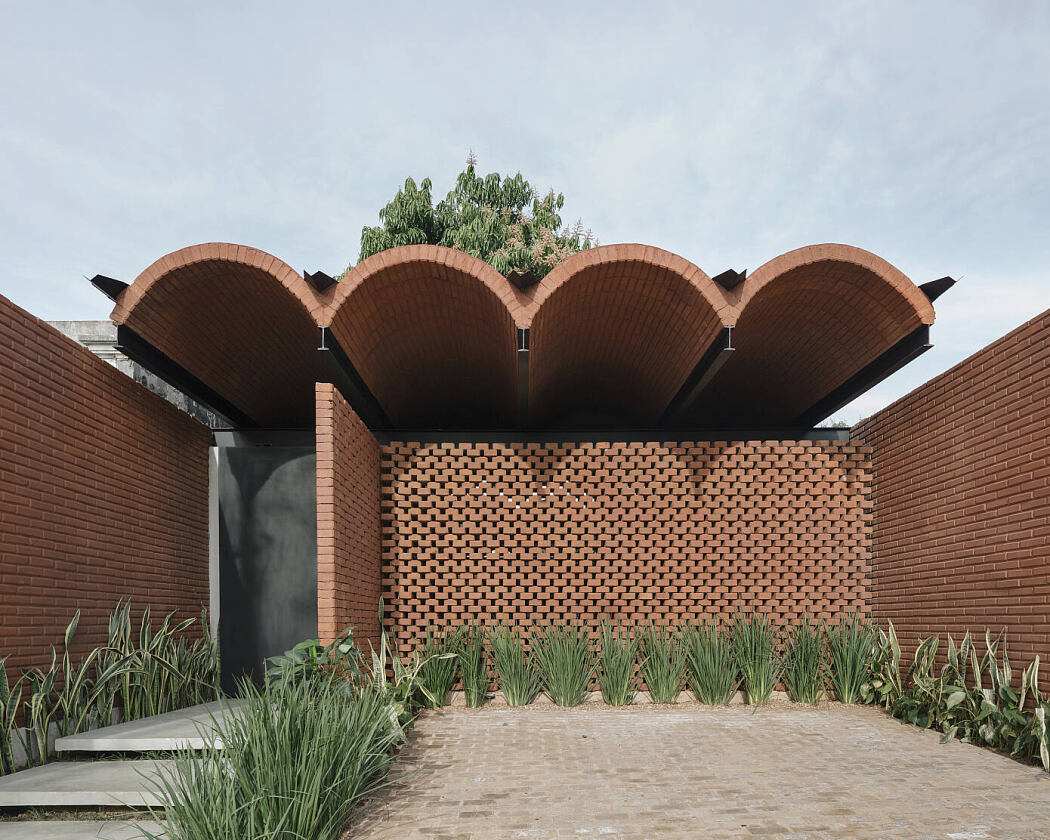 Between the public and the private, the open and closed, the inside and outside, the mobile and the fixed, the light and shadows, the natural and the artificial, the industrial and craftsmanship, between boundaries is the living space of a great friend.

Architecture is a profession that mediates the needs of living with the transformation of matter. Architects become intermediaries in that will to power.

It’s interesting how ideas exist in an immaterial, ethereal world, but they manifest themselves in the material, with matter. The constructive process intermediates these antagonistic universes, between trial and error, between expectations and reality.

To stand on the shoulders of giants is to place oneself in the middle of the advances of the past and the development of the future, an inevitable task if we assume that Architecture is the history of continuity.

With Kahn we learned that structural support can become functional support, which is why the entire roof of the house rests on the furniture that makes up the perimeter of the property. This double function is applicable to space, where the social and the private are intermingled according to use. The functional flexibility of the house is adjusted to the interchangeable condition of the ways of living, where the user of the house becomes the architect of these transformations.

With local vernacular constructions we understood that the favorite space in a home is the intermediate space, a setting for receiving and sharing. Uncooked earth, in the form of manually pressed bricks, is piled up on walls, filters and vaults to build that intermediate space, where natural ventilation crosses and the boundaries between interior and exterior are diluted.

In the center of a 190 sqm plot, a mango tree intermediates between the two blocks that are physically separated, but are visually connected, achieving a spatial integration from the filter wall at the front to the border wall at the back. A constructed space of 115 sqm, which is transformed by filters, doors and shutters, responds to the existezminimum under a local, subtropical perspective.

Finding a middle point between the industrial and craftsmanship is part of the recognition of the available resources, where the balance between the two produces a technological amalgam that generates alternatives to conventional construction techniques. Cutting the compacted earth block in the middle became the constructive strategy of the reinforced vaults that make up the roof. The channels resulting from the cutting of the blocks function as formwork for the reinforcements that receive a fine load of concrete so that they work together.

These design criteria and their corresponding materialization, which range from the manufacture of the raw material to the design of the furniture mechanism, reflect the attempt to find the synthesis between the project and its construction.