House with Niches is a located in Strzelce Opolskie, Poland, designed in 2018 by RS+ Robert Skitek. 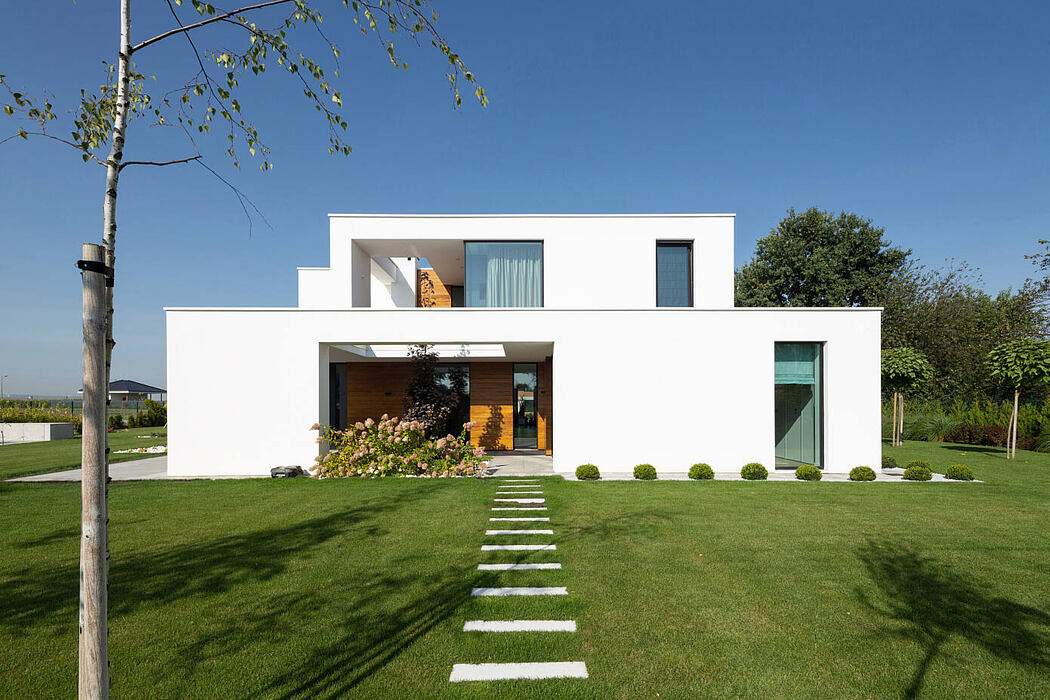 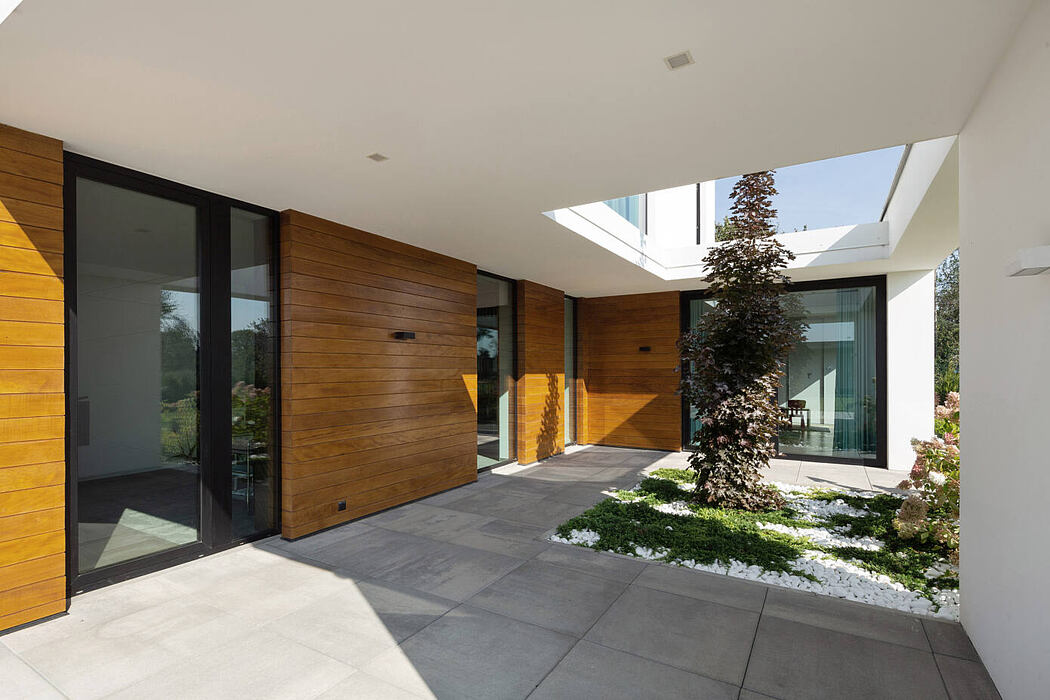 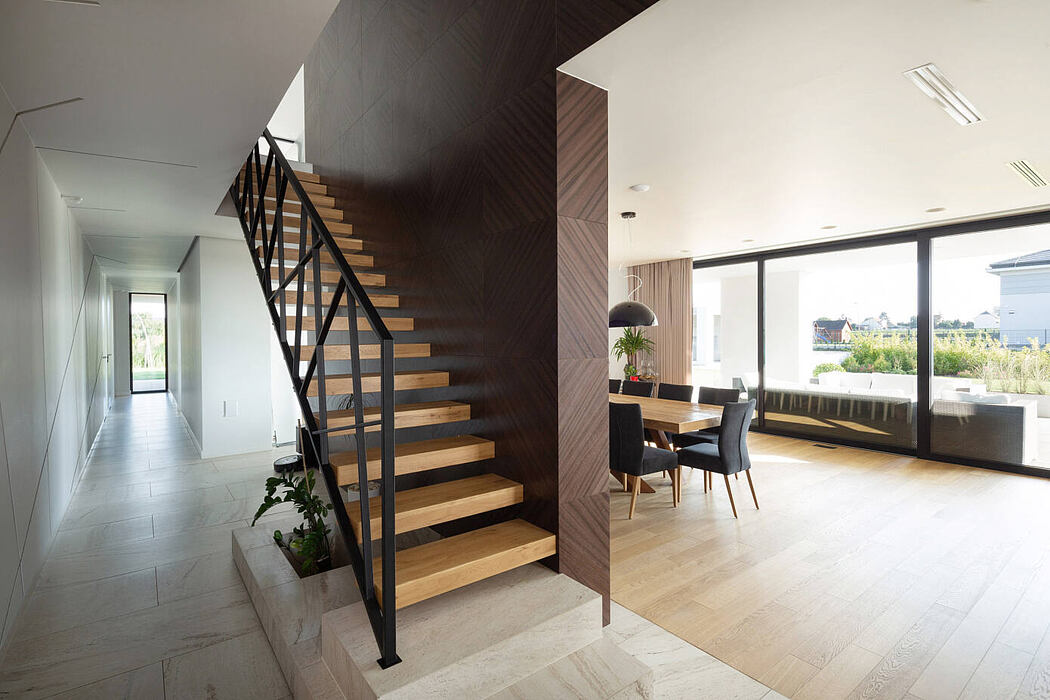 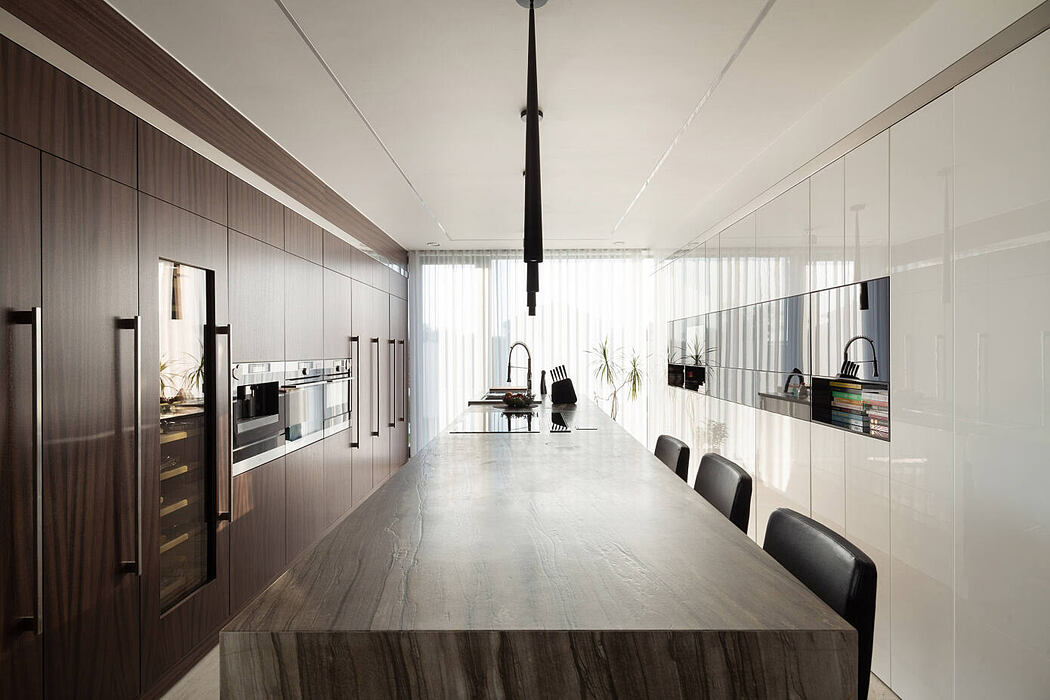 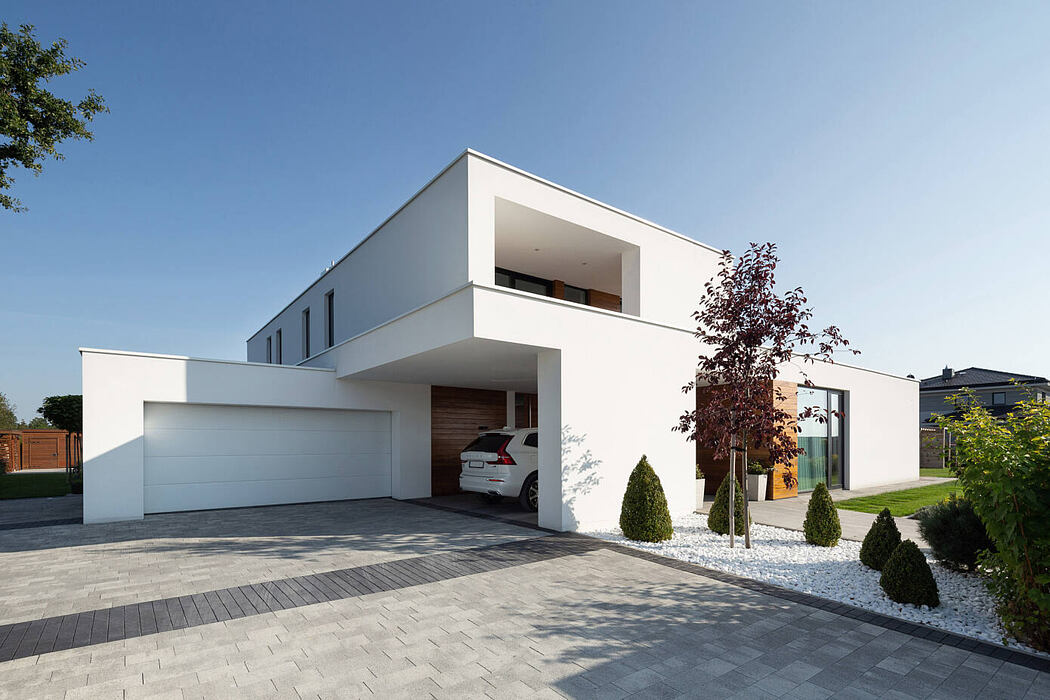 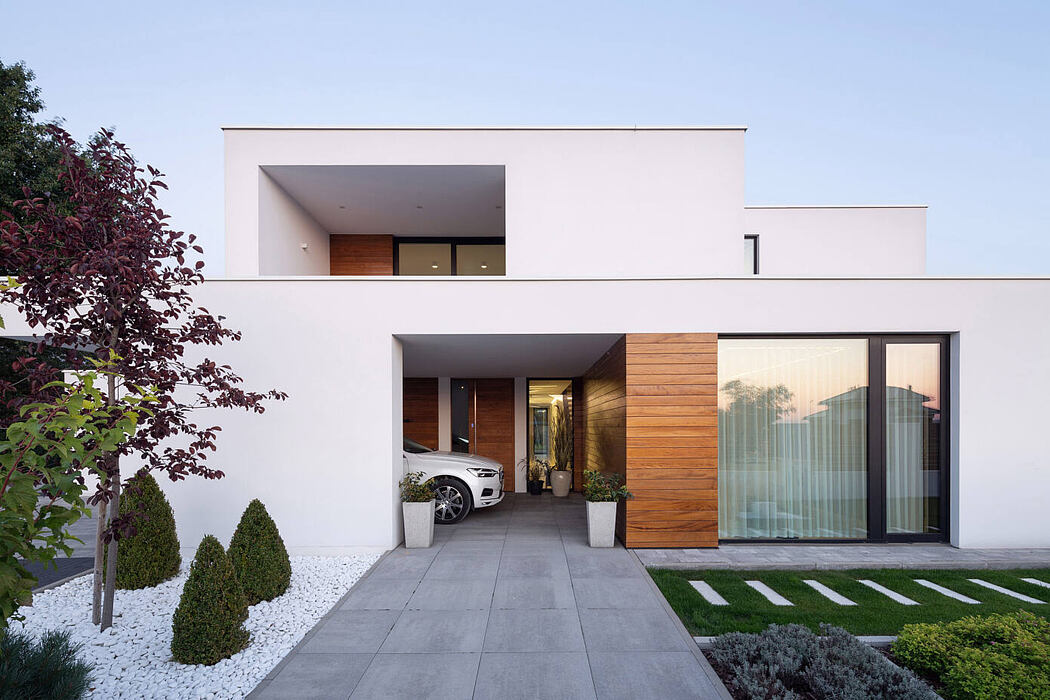 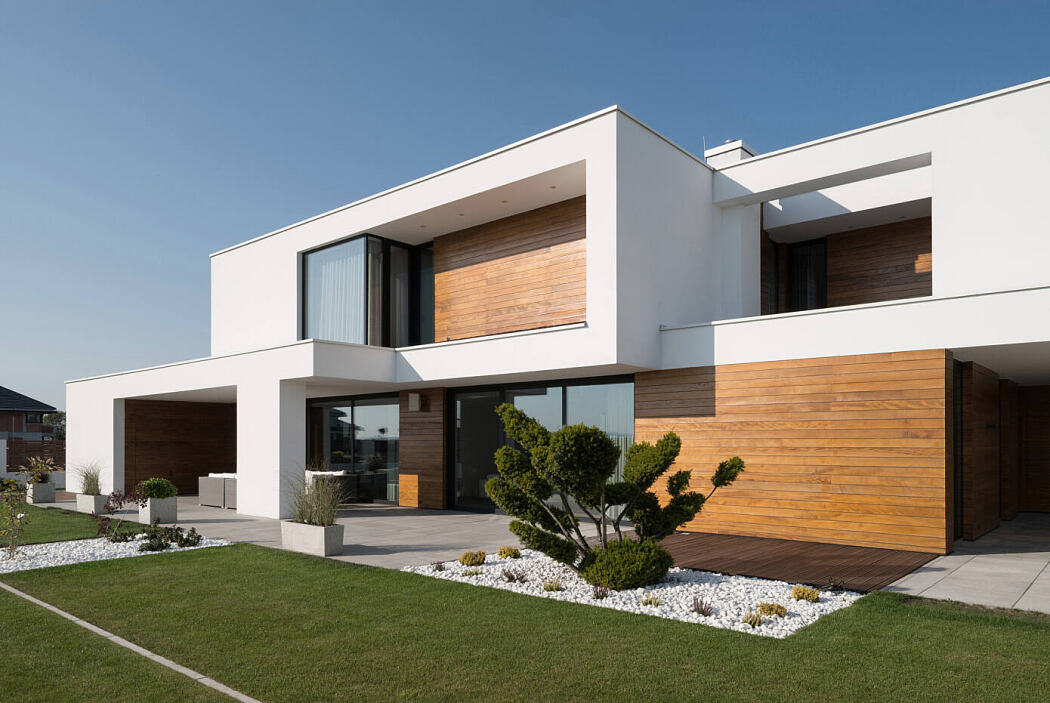 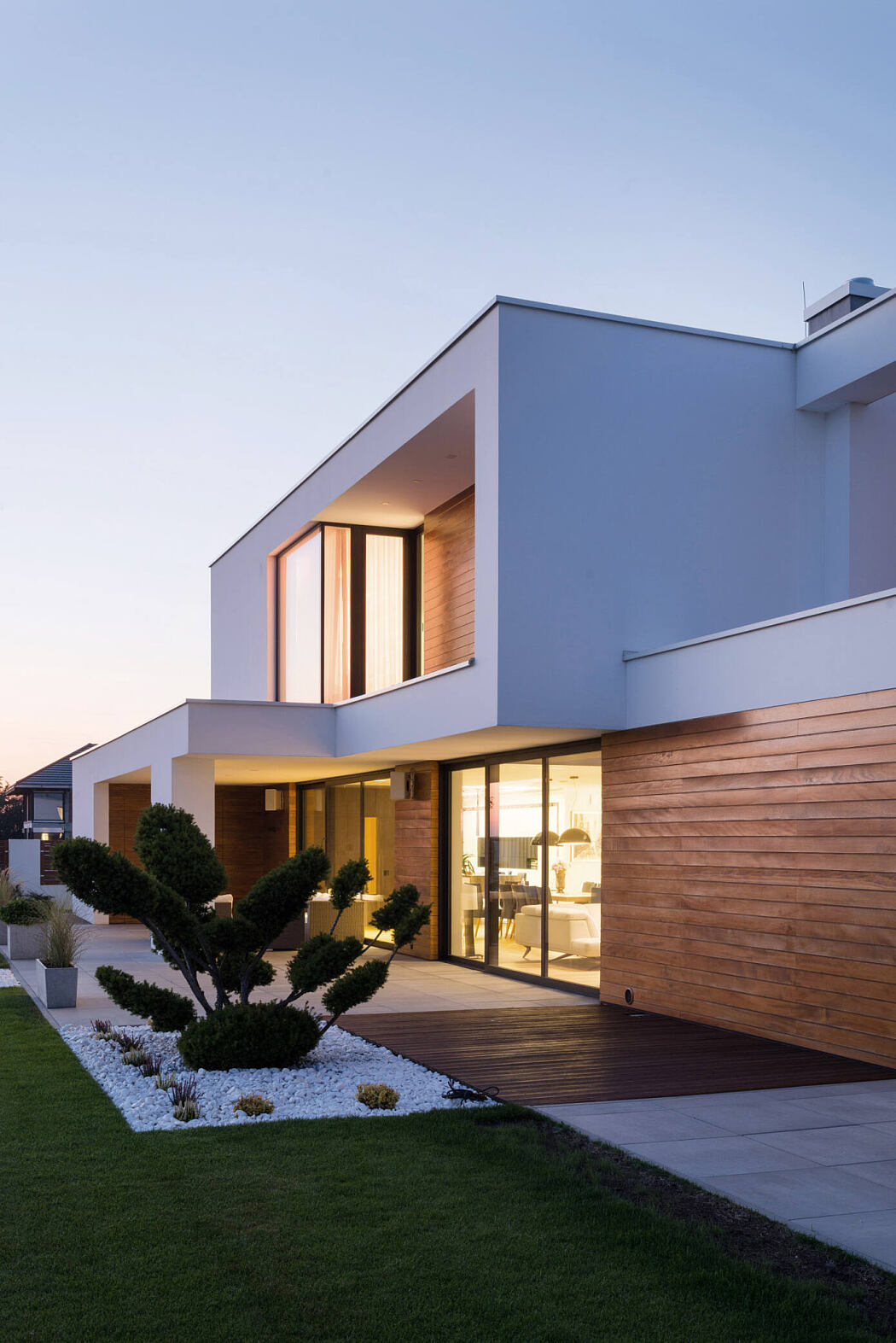 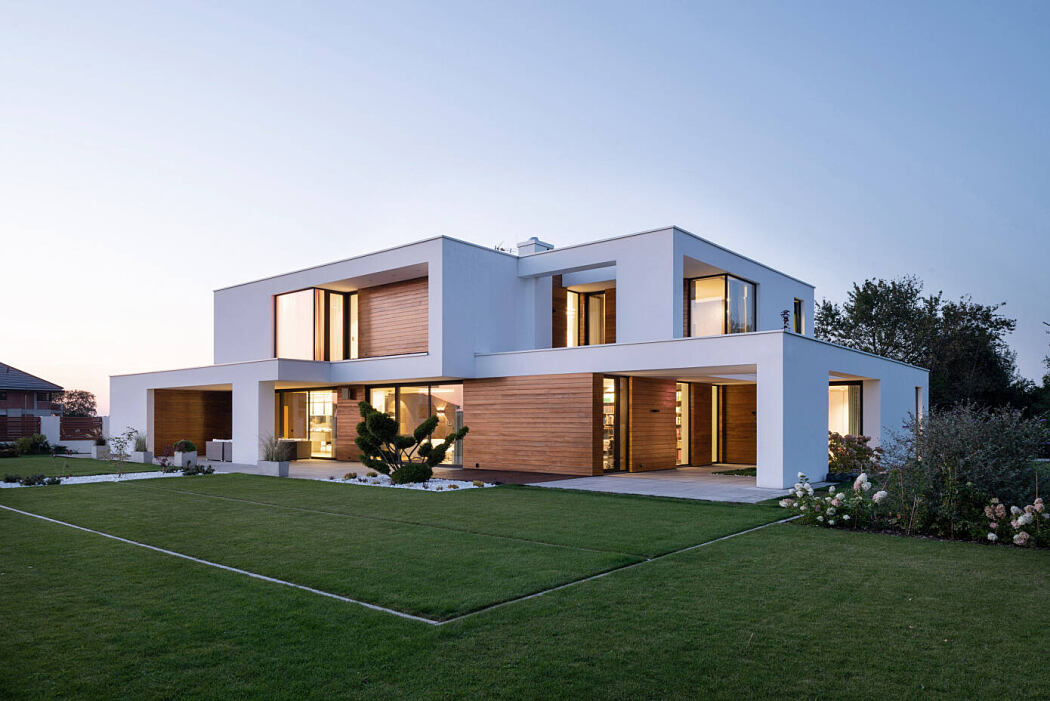 The building was built on a fairly large, flat plot of land in yet undeveloped area. The neighborhood, however, becomes denser quickly.
The composition of building consists of several white, elongated boxes shifted against each other. They include not only rooms, but also open voids. The resulting niches, mostly finished with wood, create intimate, partially covered terraces. Thanks to this solution, it was possible to resign from external shading blinds and rooms aren’t exposed to overheating during the summer thanks to recessed windows. In one of the niche the entrance zone with a carport is hidden. The others accompany the living quarters. On the ground floor they open up to the day zone, the office and senior room. Upstairs, they open up to the bedrooms and children’s rooms. Thanks to them, each resident has its own private, open, covered space, separated from the others.

The warm color of the wood emphasizes the niches and contrasts with the ascetic white of the building.