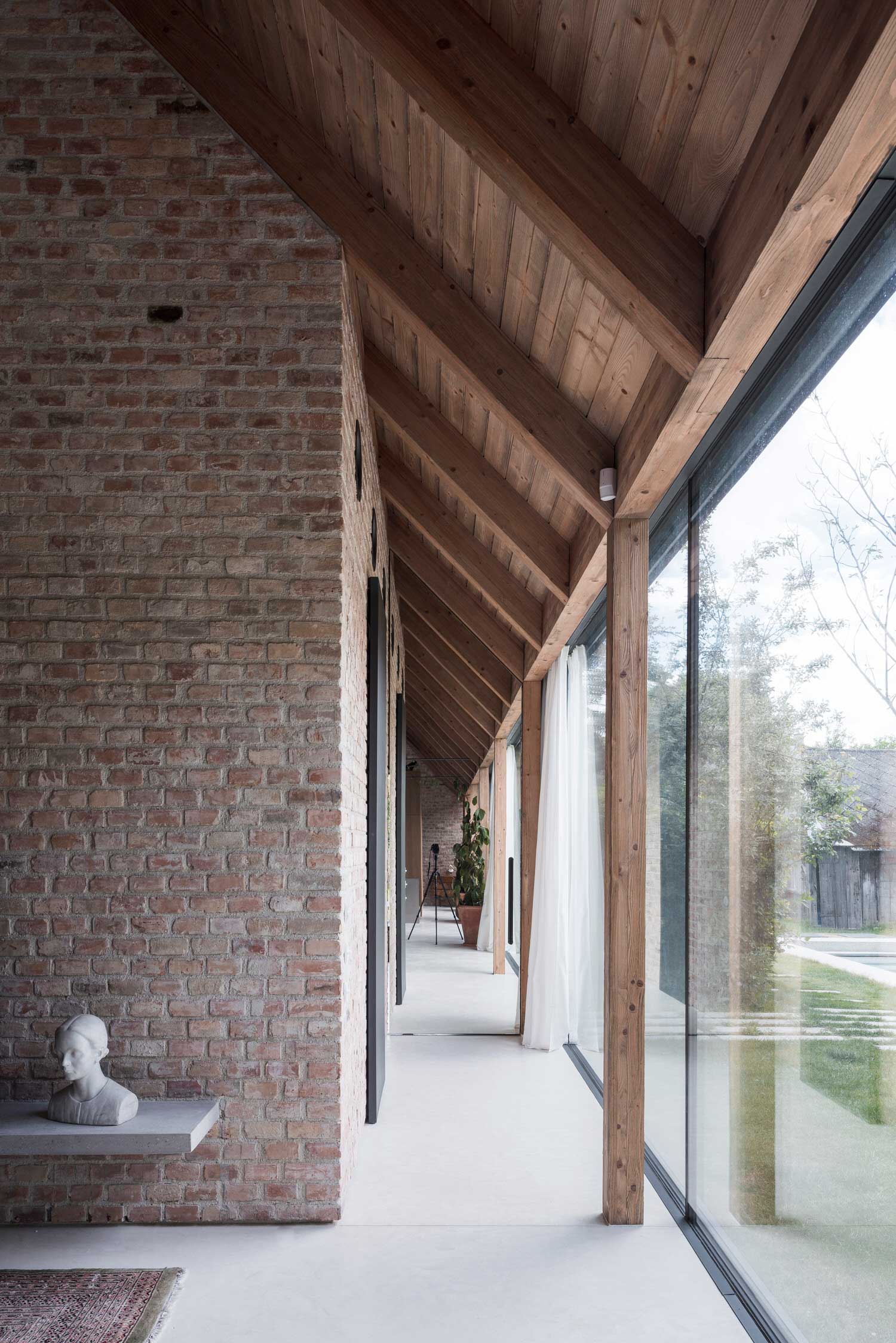 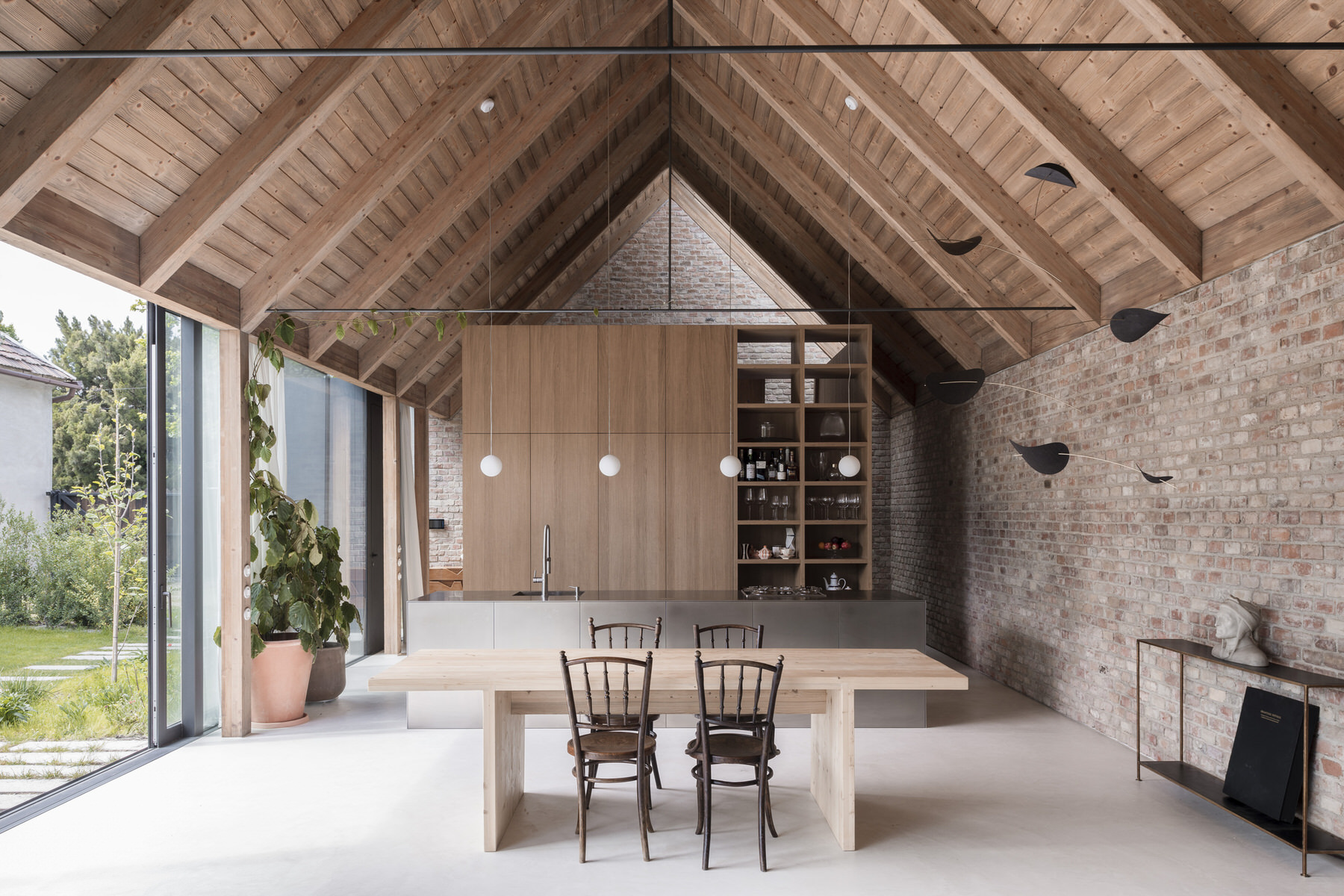 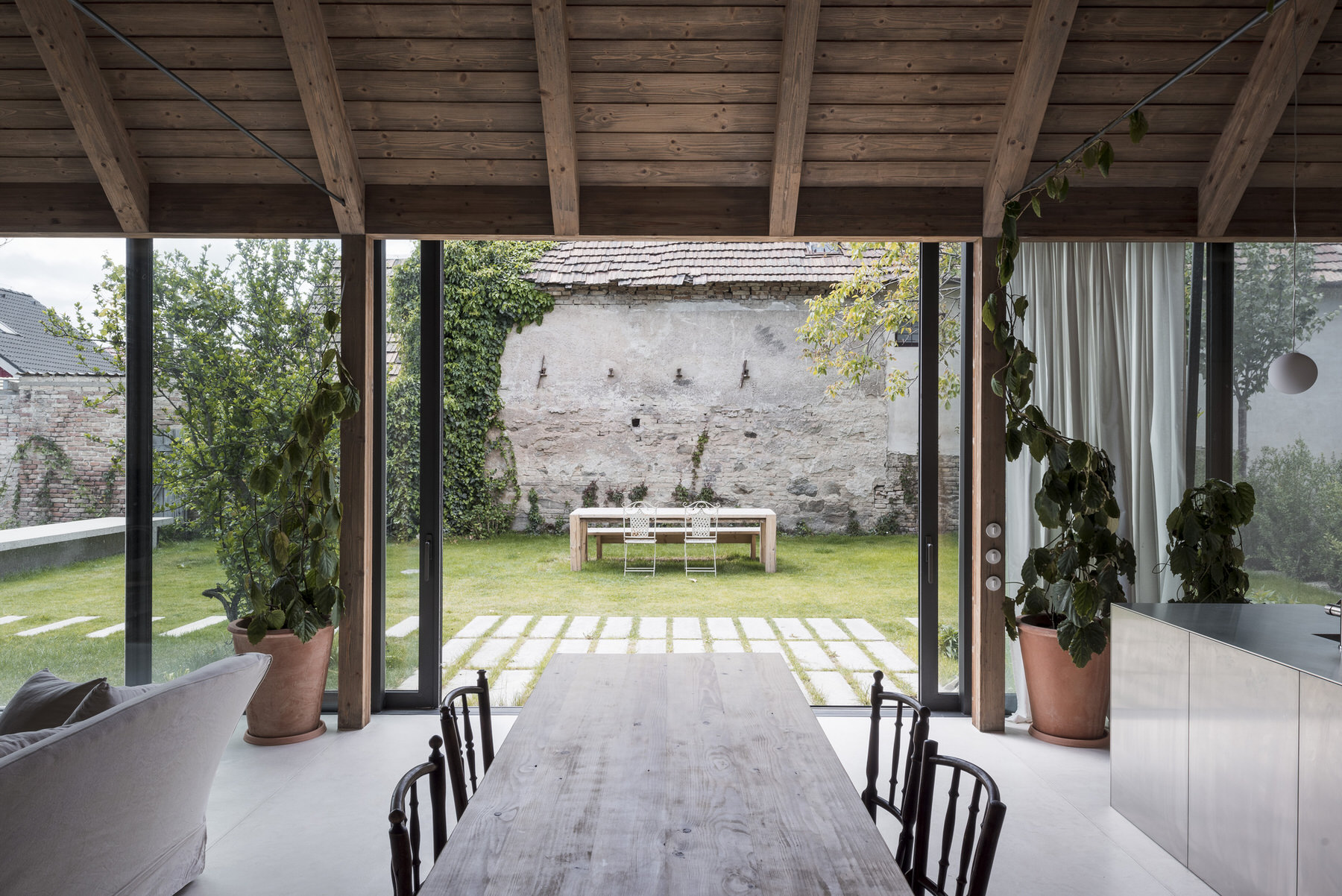 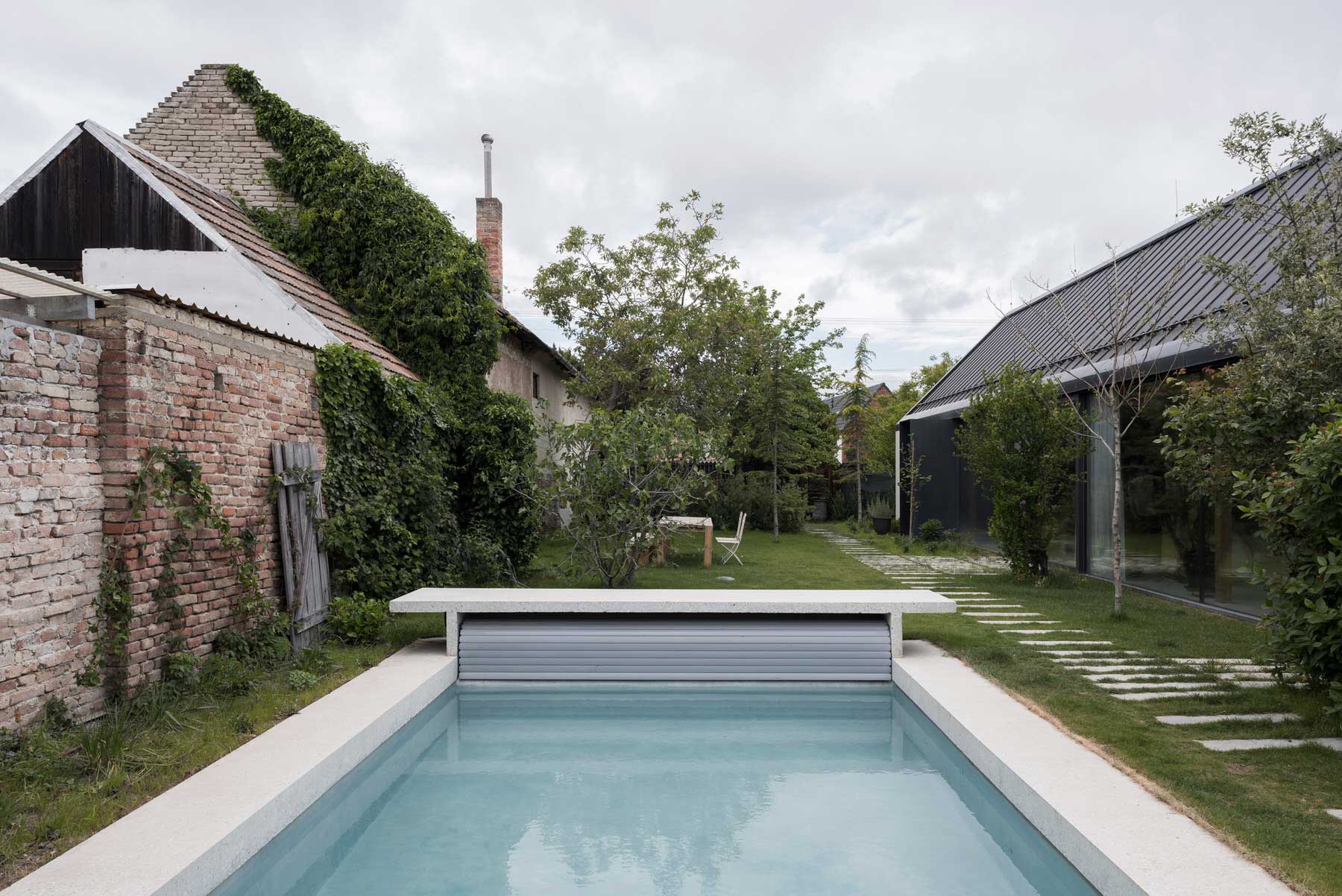 ’s House V in Slovakia mirrors the form of found in the outskirts of Bratislava, standing as a contemporary interpretation of the past. The house replaces a dilapidated building that once stood proudly on the site nearly 80 years ago.

“Structural analysis shows that the load-bearing structure was not in a condition to even consider reconstruction,” explains Skoček, “so we decided to dismantle the whole house brick by brick”. The salvaged bricks were then utilized in the new build, fusing stories of the past with those of the future. 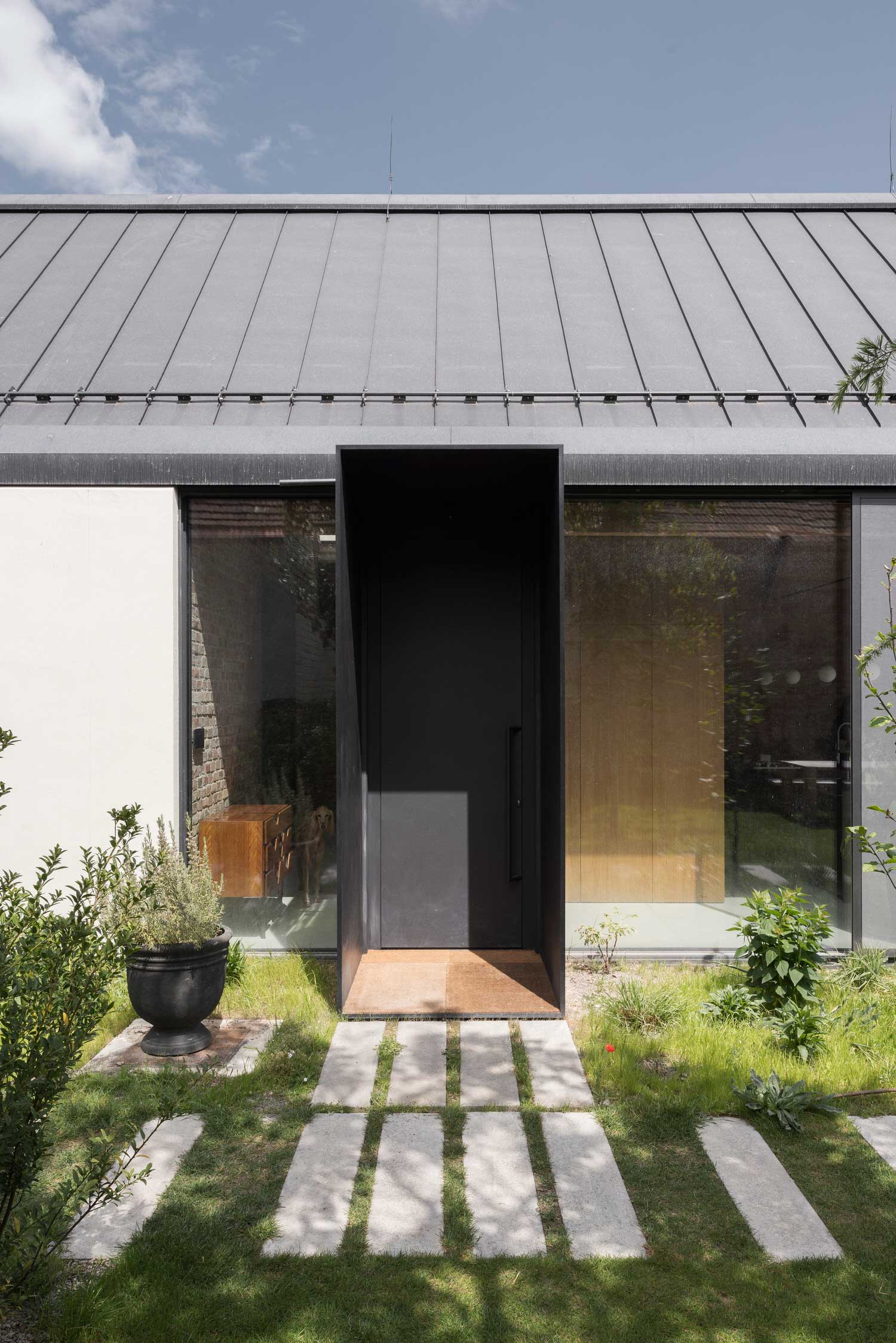 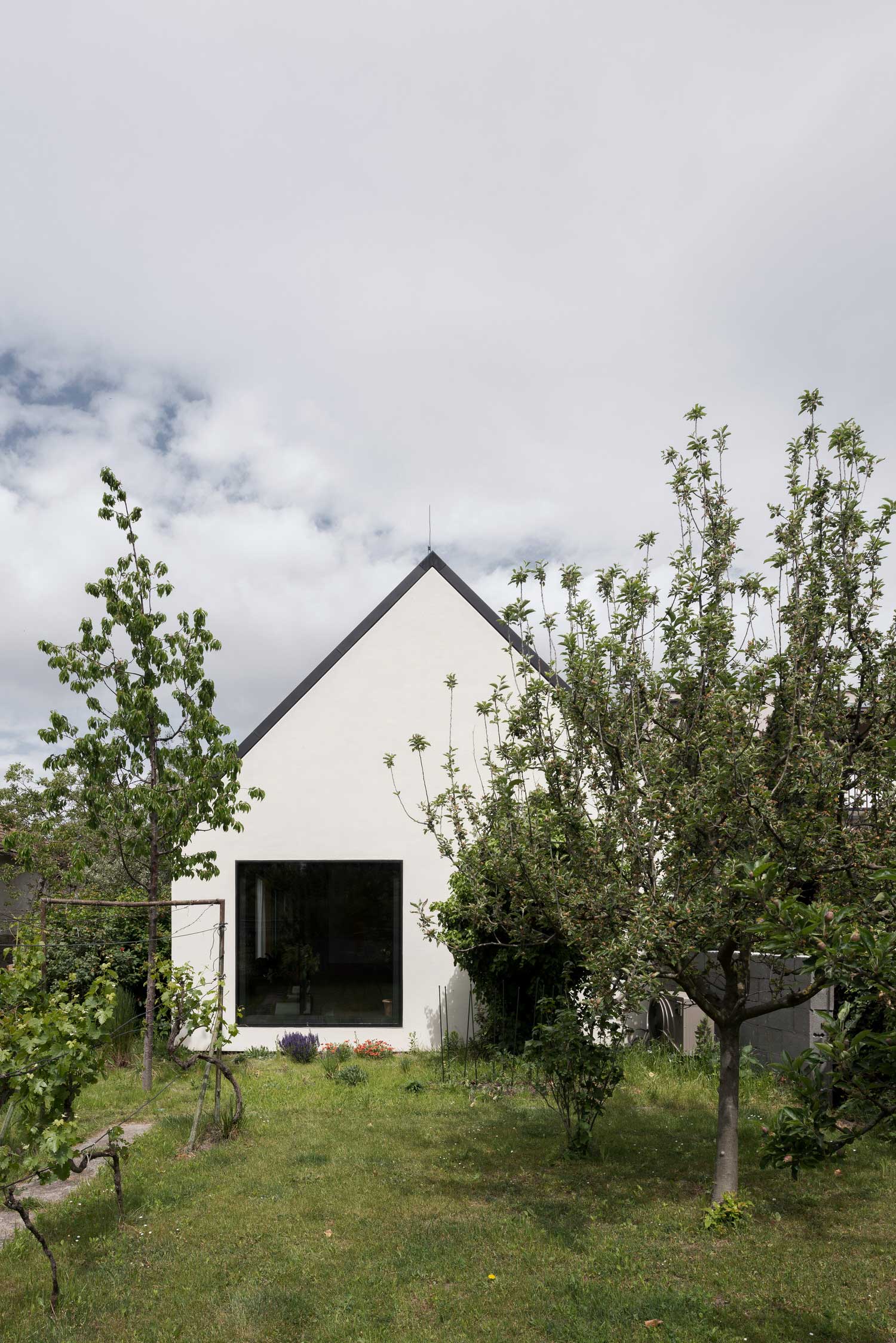 The 185-square-metre family home comfortably occupies the site, its traditional outer form giving a humble appearance. A gabled titanium-zinc roof sits in contrast to exterior white walls, while a dark rectangular entryway extrudes from the main form of the house to create a sense of procession into the interior. Once inside, occupants are met with a series of spaces tied together with recycled bricks that bring a rough, imperfect quality to the interiors.

The open-plan living area is housed within the centre of the home, at one end anchored by the kitchen. There is an interesting tension between the rectangular shape of the steel island bench and wooden cabinetry, and the overhead. Although the two forms are incongruent to one another, their conflicting forms bring a sense of balance and unity to the interior. 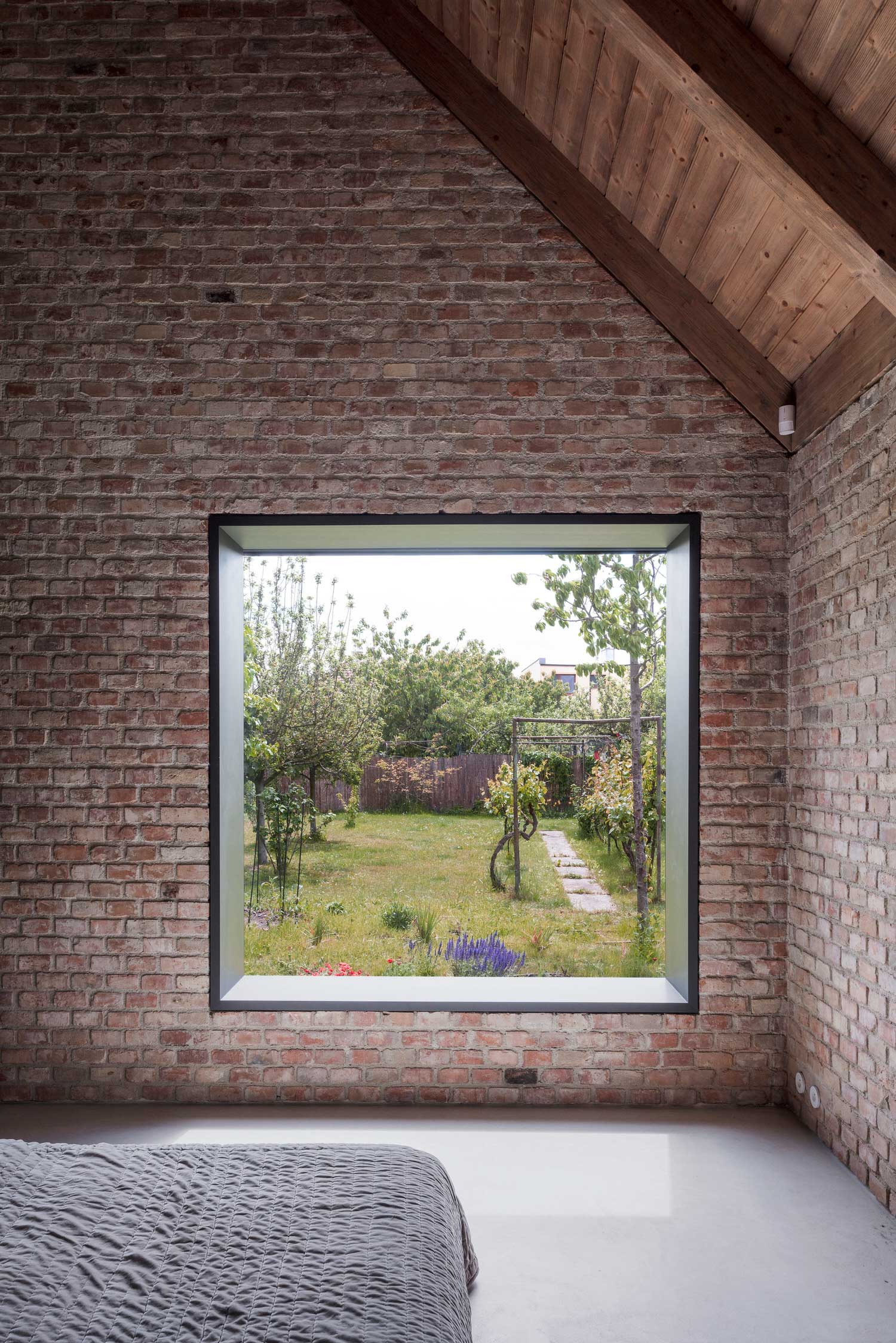 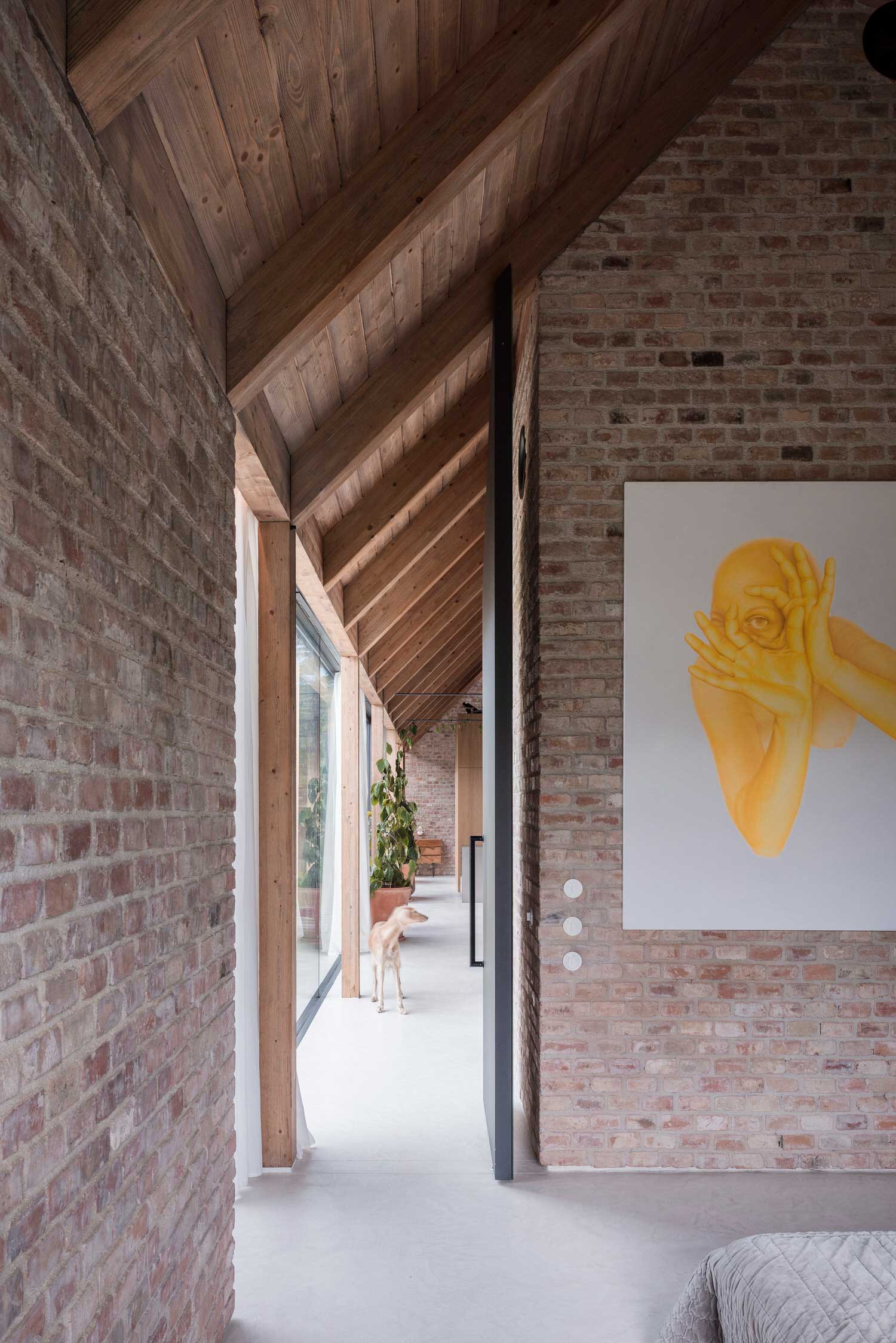 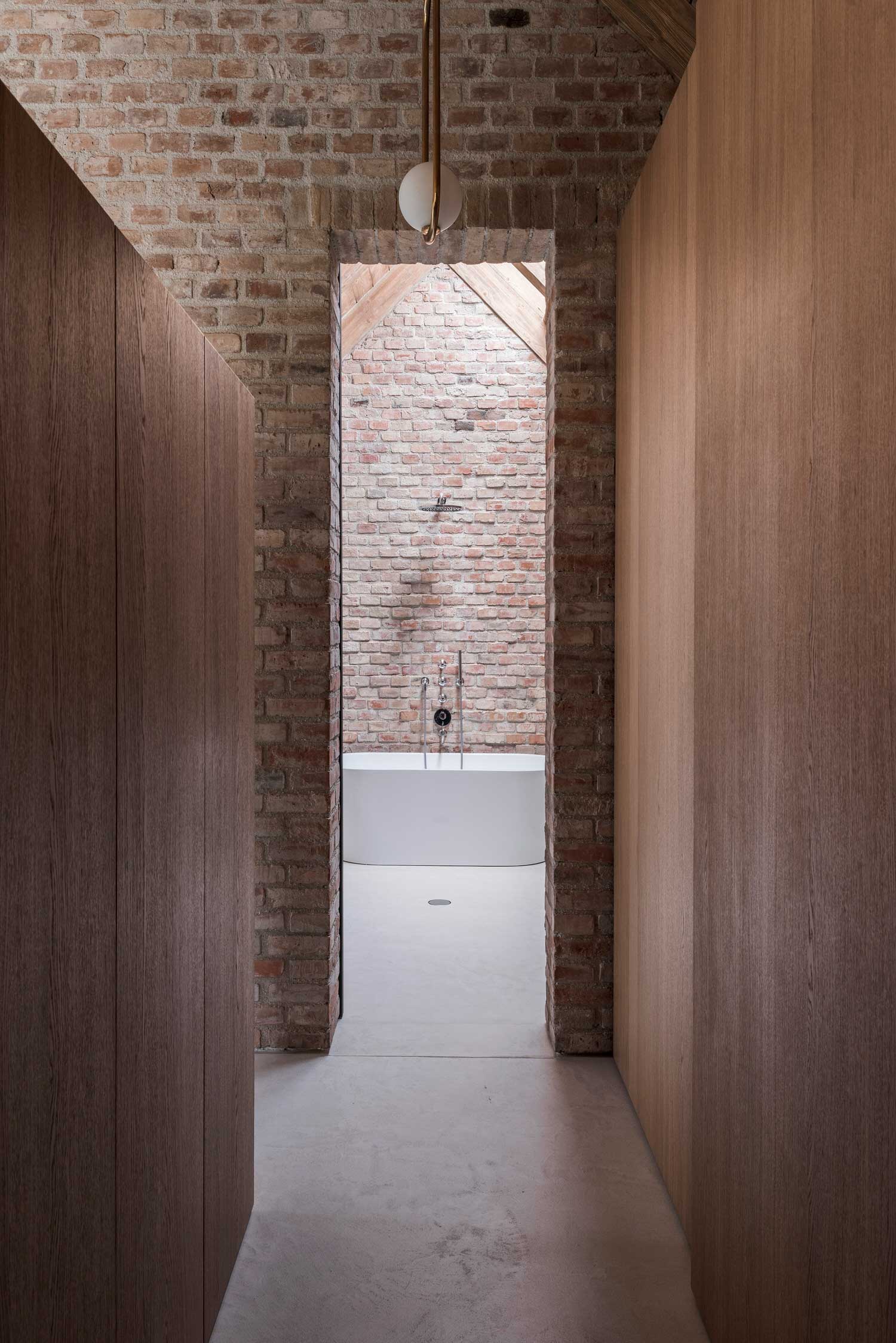 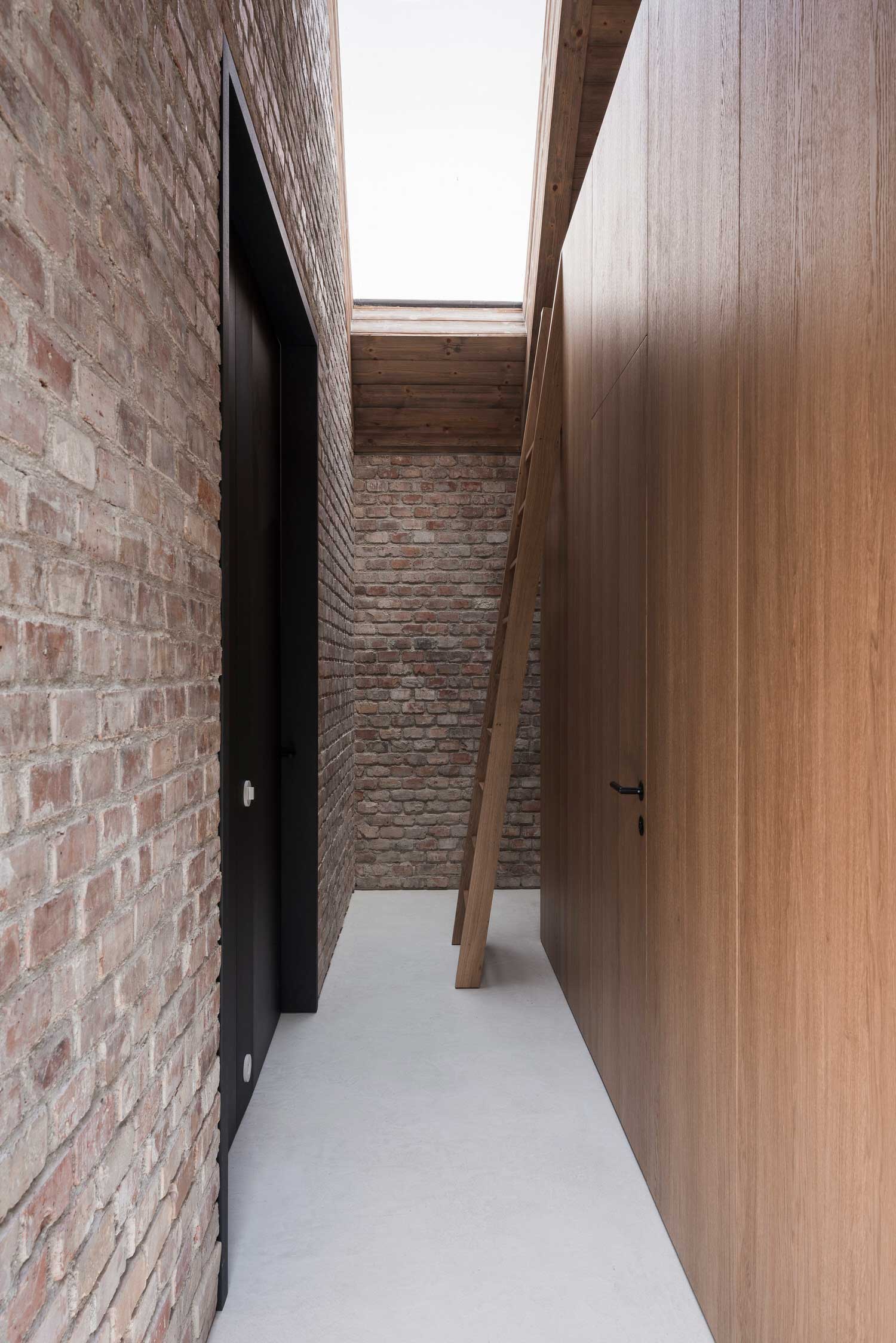 With a distinct lack of furnishings and decorative elements inside the home, the architecture becomes the main character. An exposed timber ceiling sweeps above as a piece of artwork – all eyes are directed upward, marvelling at the shadows that play gleefully across its veiny surface.

The living spaces are wrapped with expansive panels of glazing that look toward the garden and outdoor pool. “The plan arrangement is inspired by a three-part Slovak house where the central space becomes the so-called ‘pitvor’ – a front hall of the house orientated onto the garden”, explains the studio. 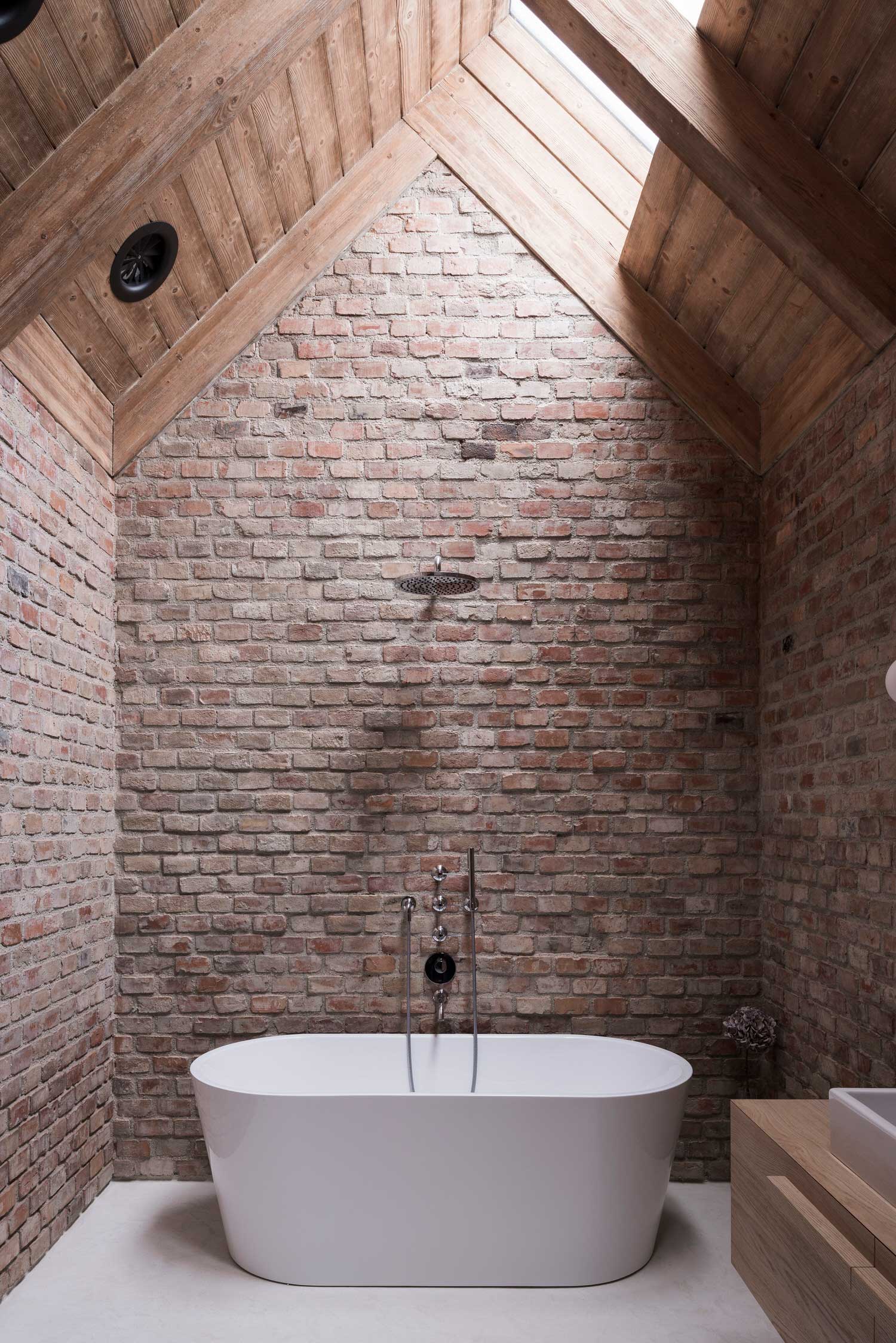 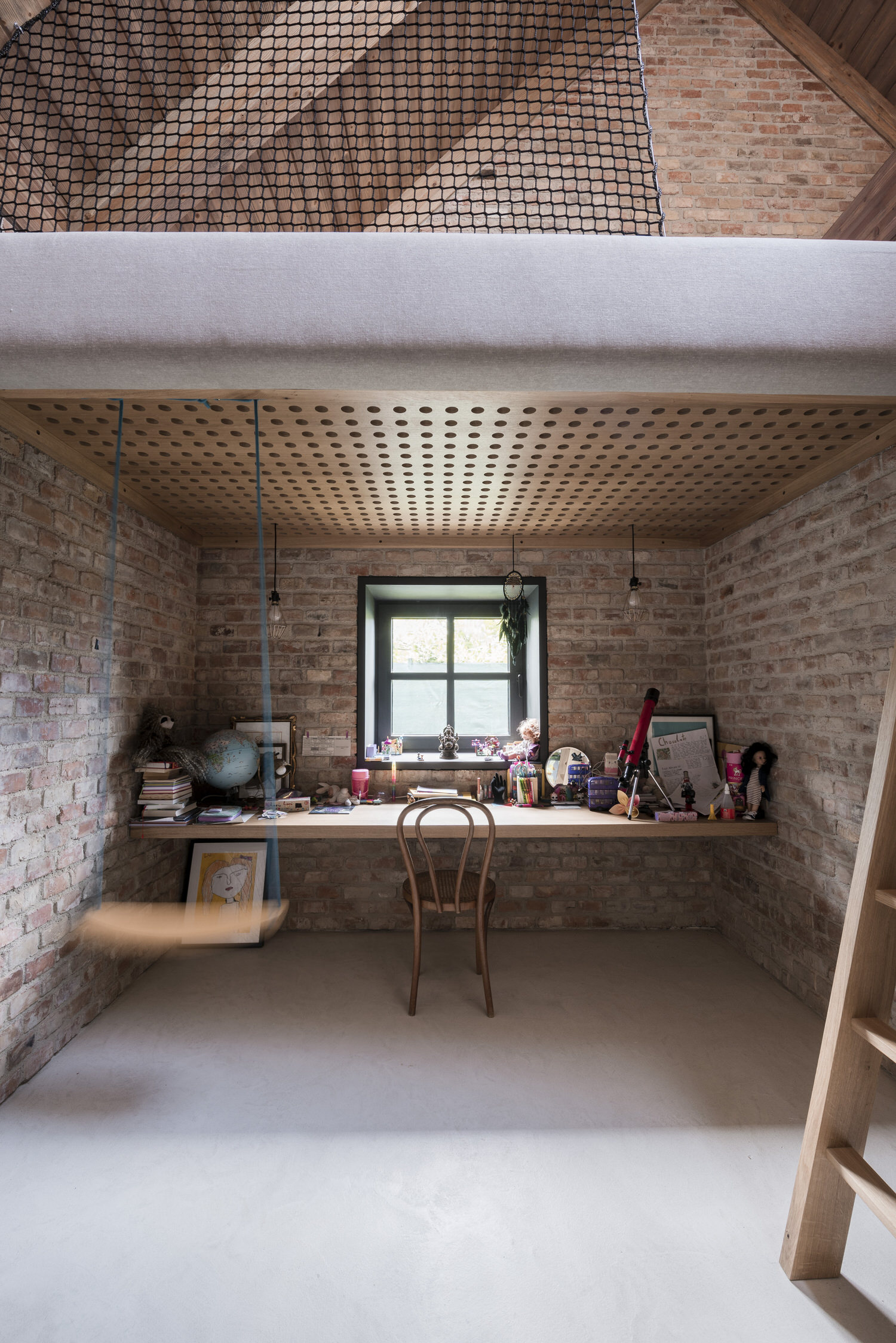 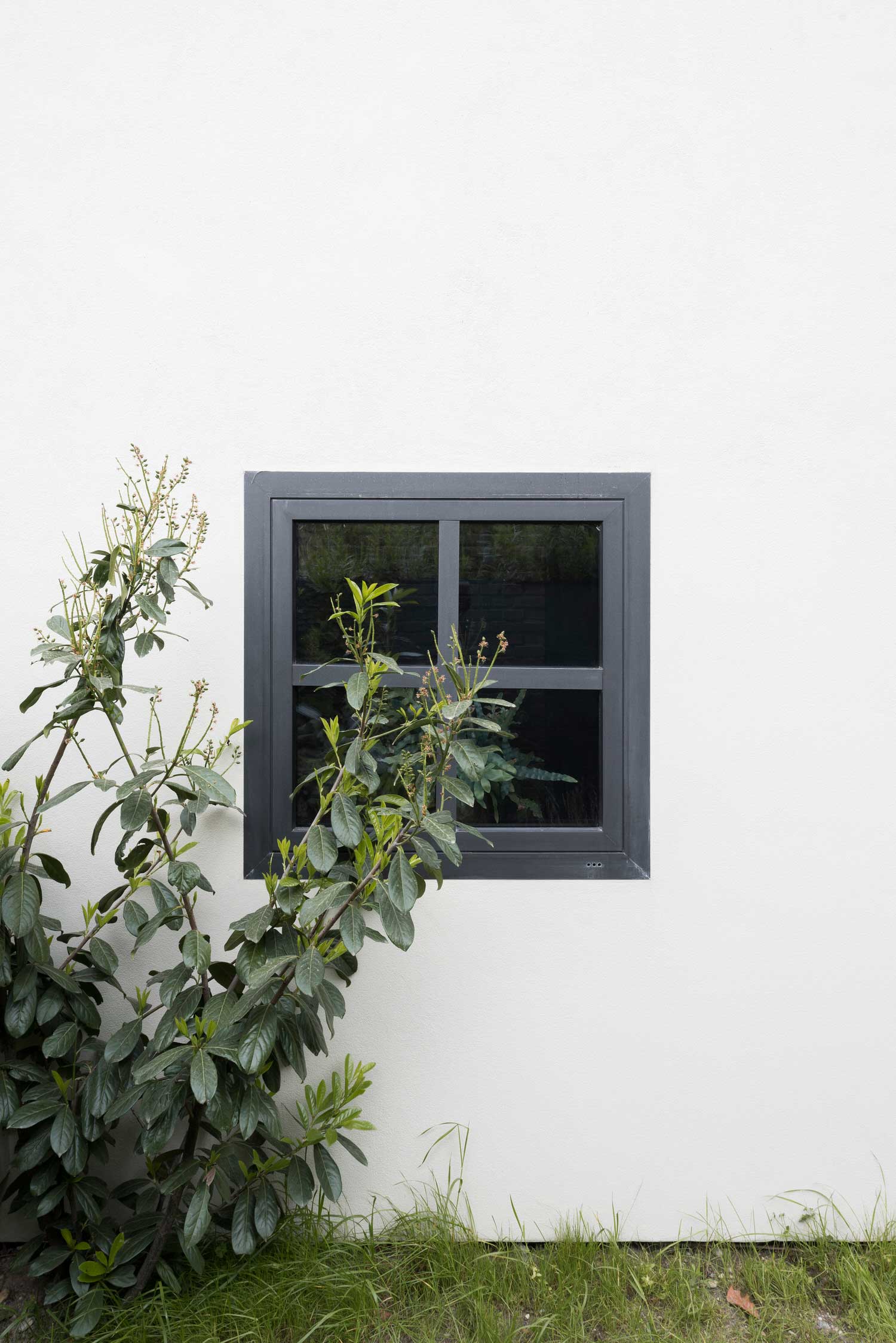 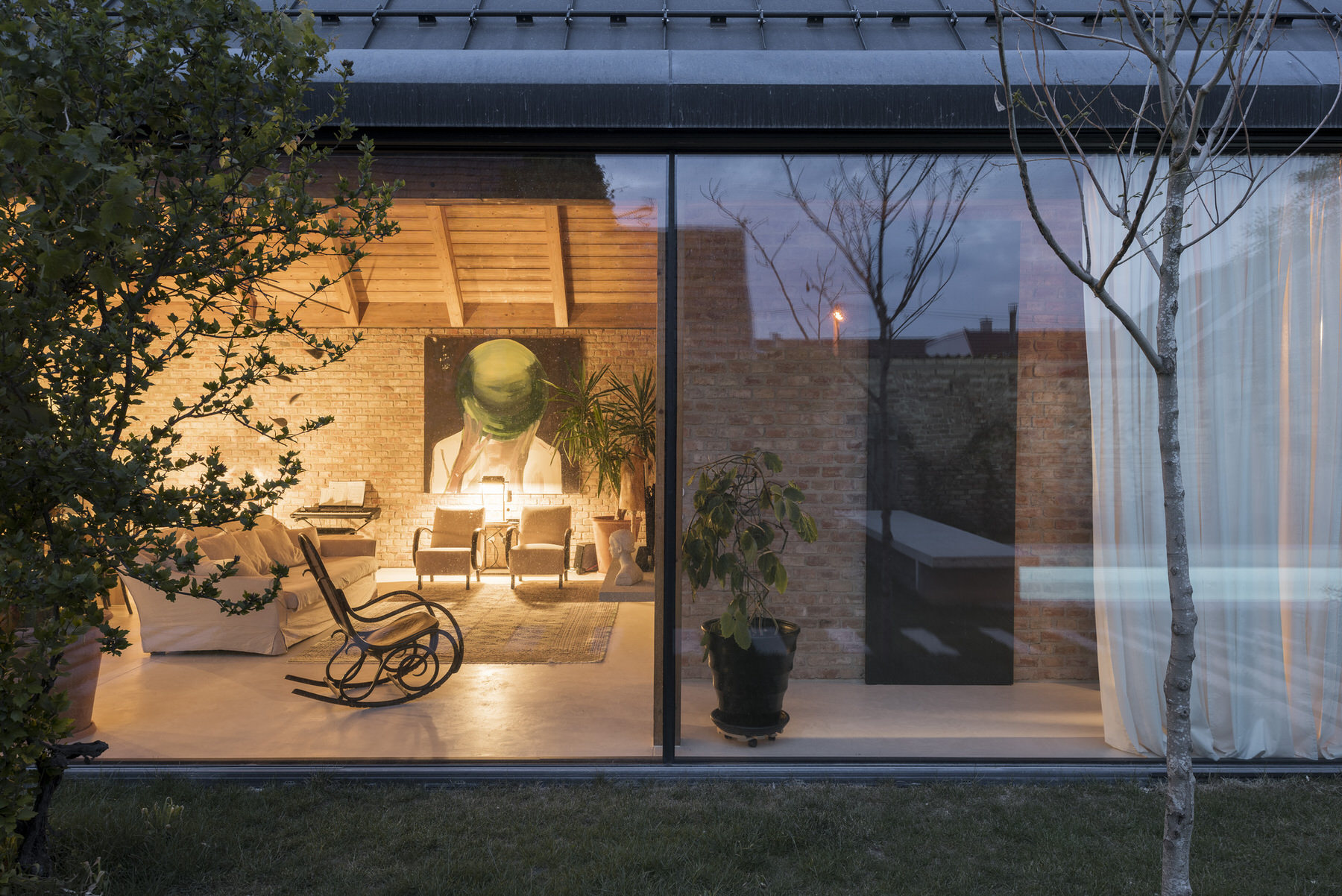 The restrained palette continues into the private areas of the home. A deep aluminium-framed window disrupts the worn brick in the master bedroom.

A view of leafy trees and colourful wildflowers is captured and invited into the room, creating a safe sanctuary from which those inside can watch the world go by.