House in Sutton by YH2


Located in Sutton, Canada, this inspiring chalet was designed in 2015 by YH2 – Yiacouvakis Hamelin Architectes. 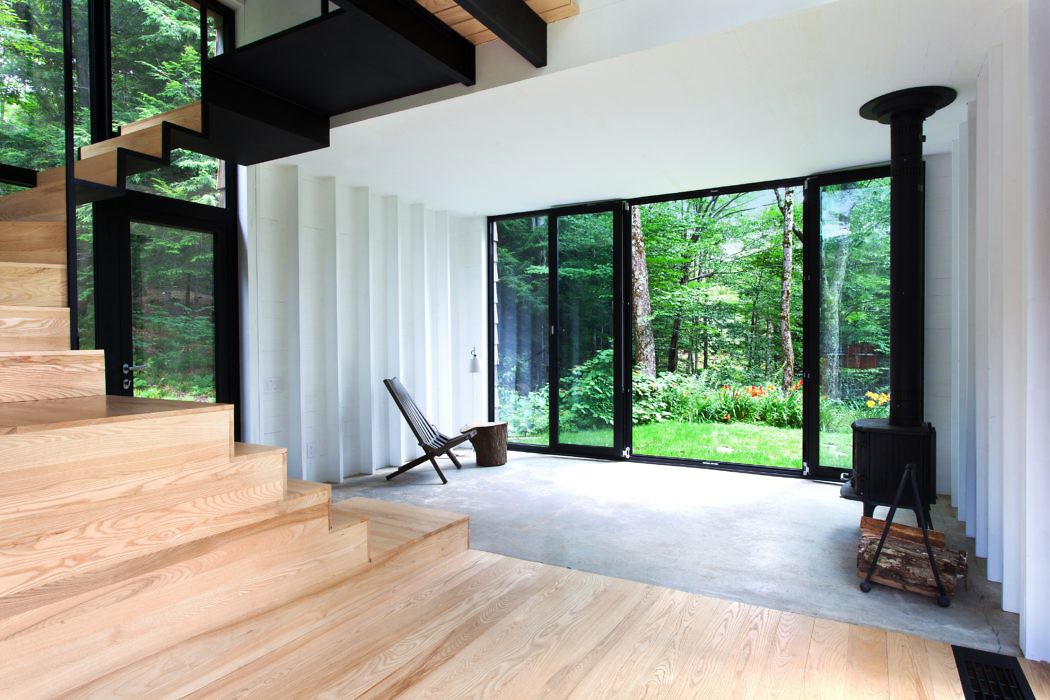 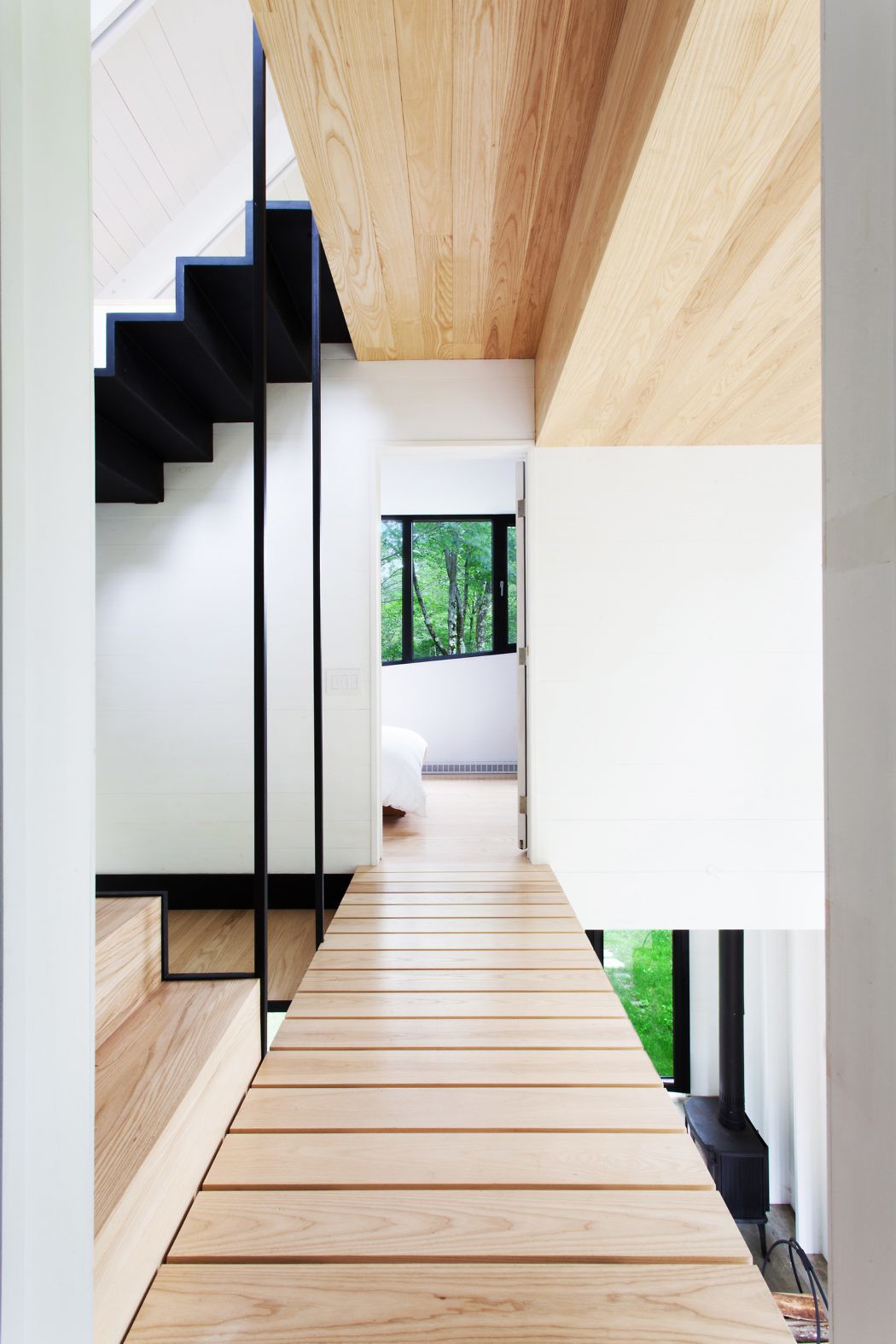 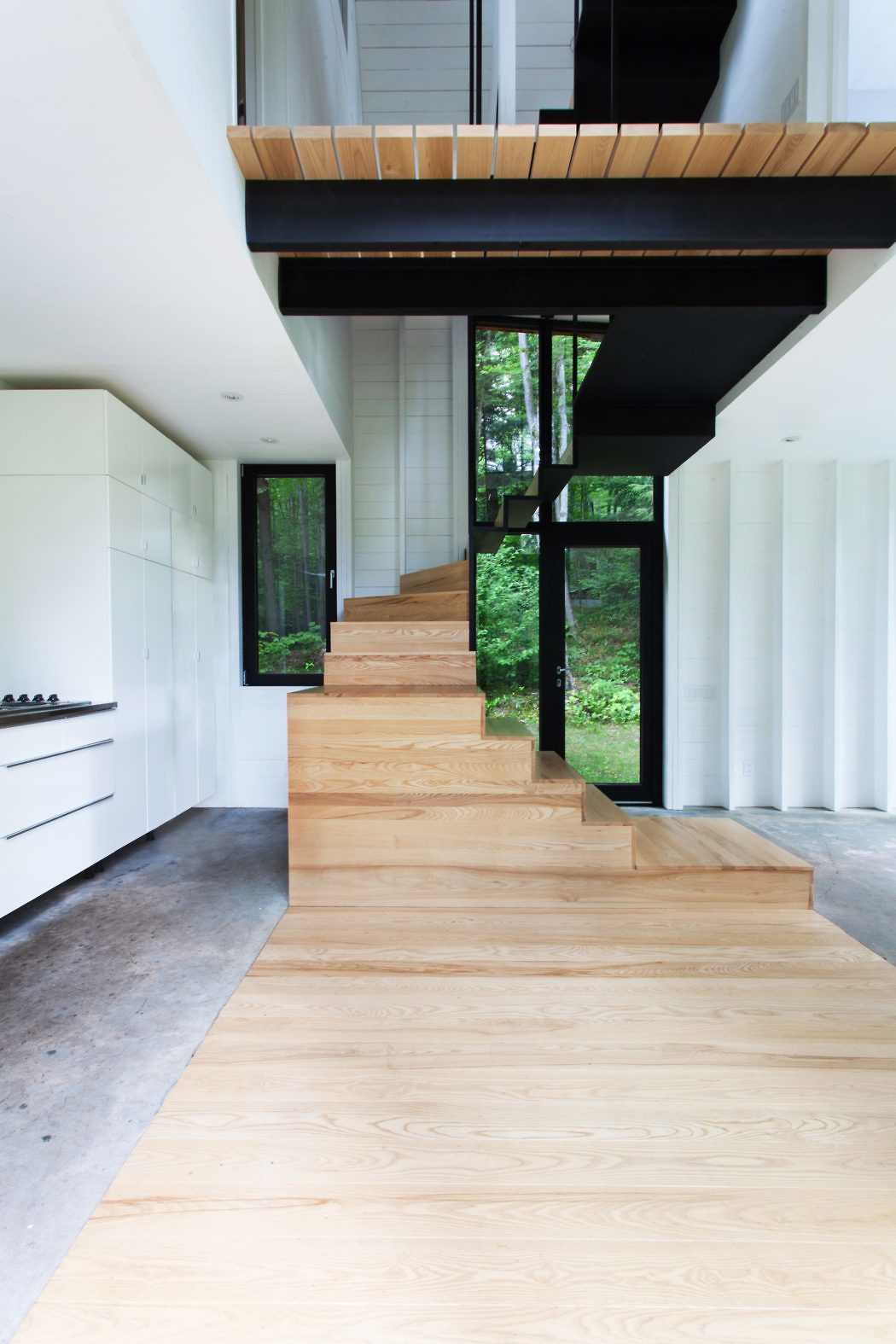 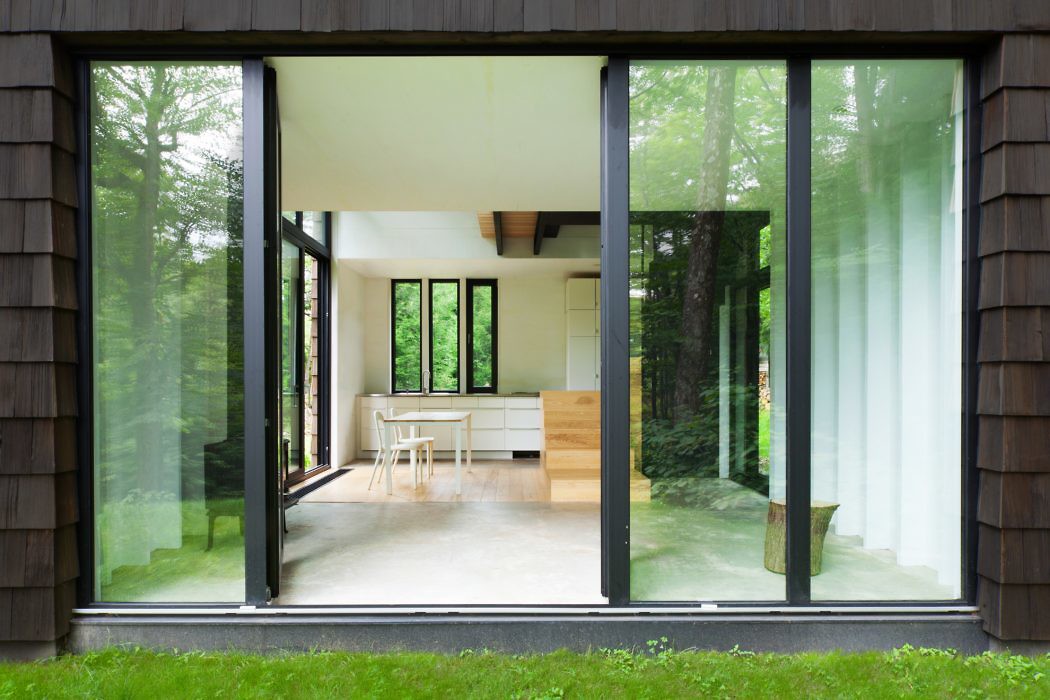 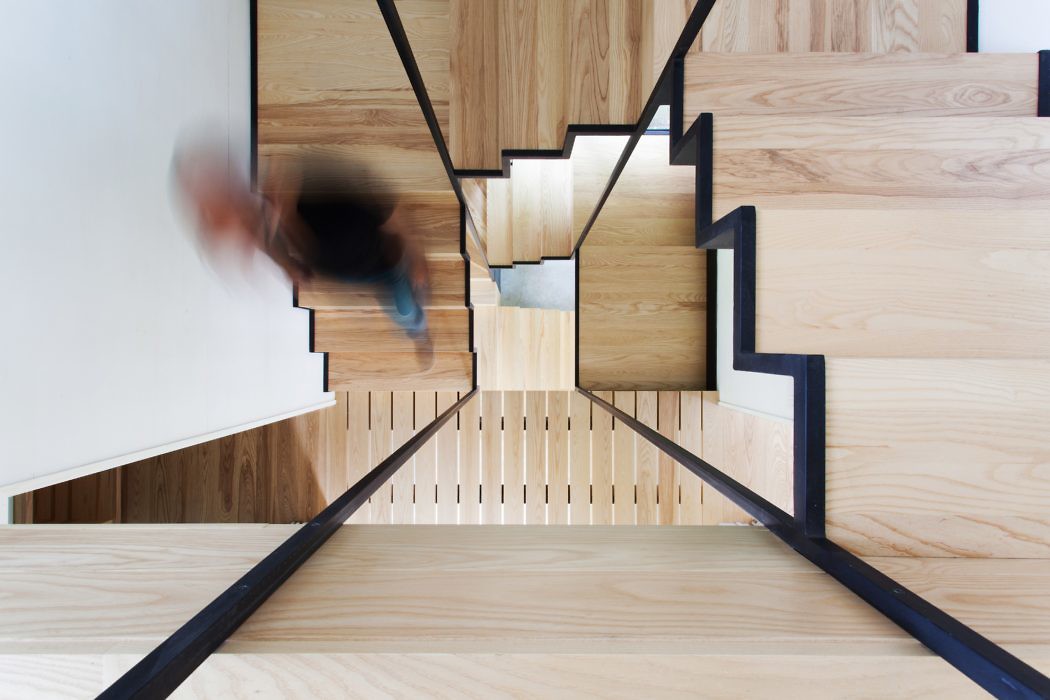 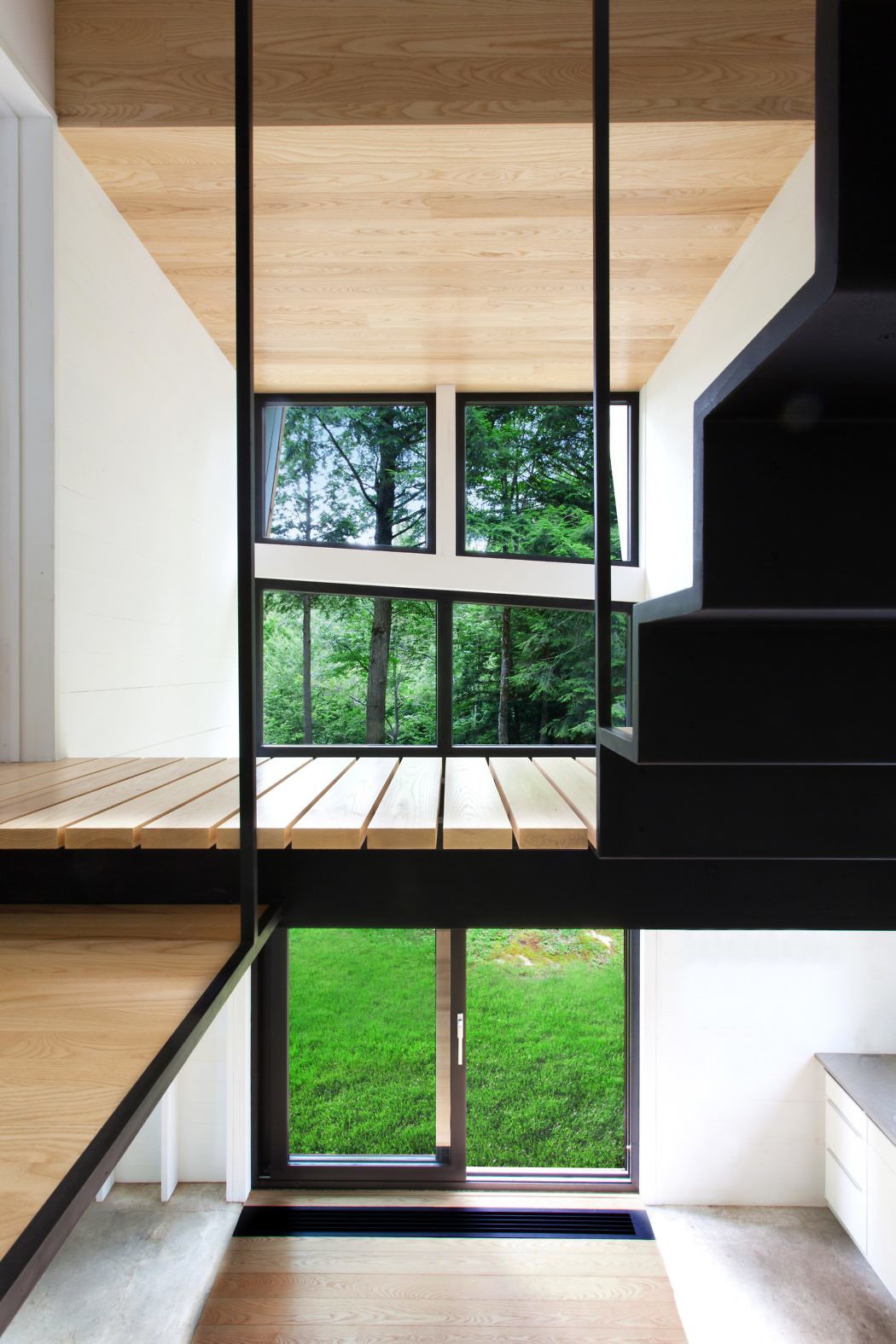 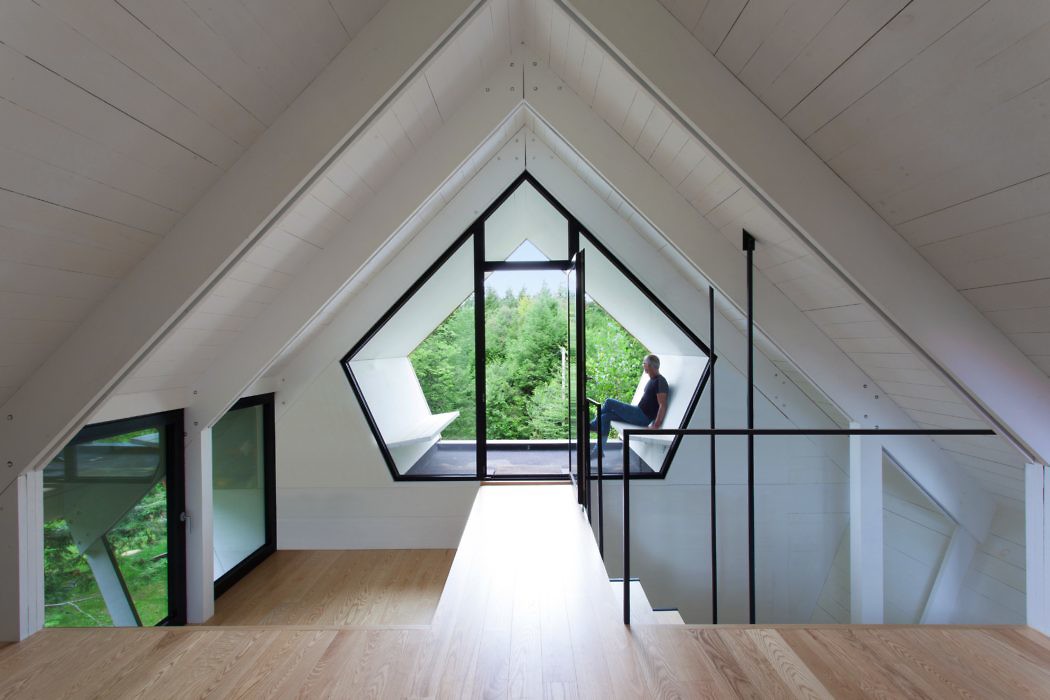 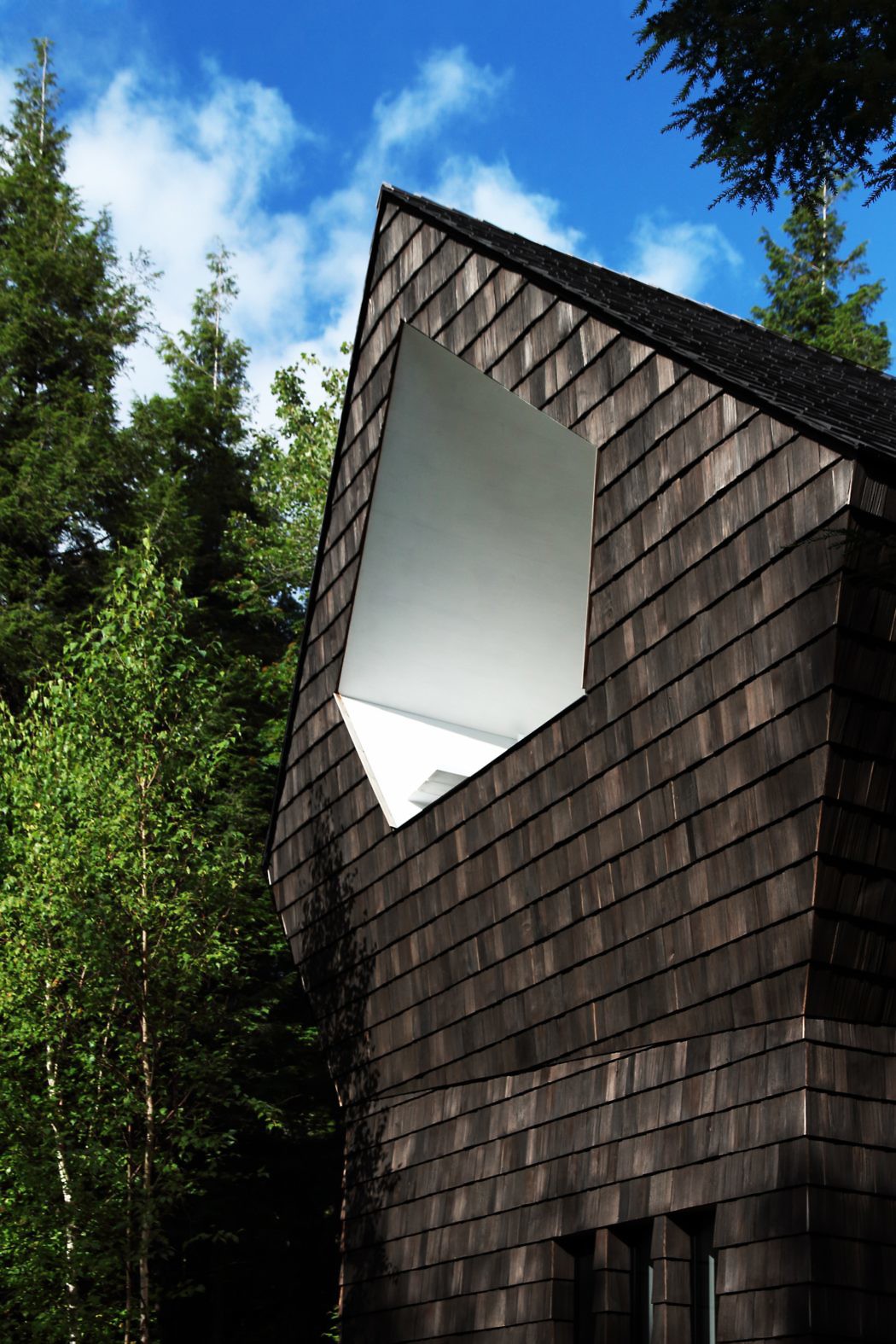 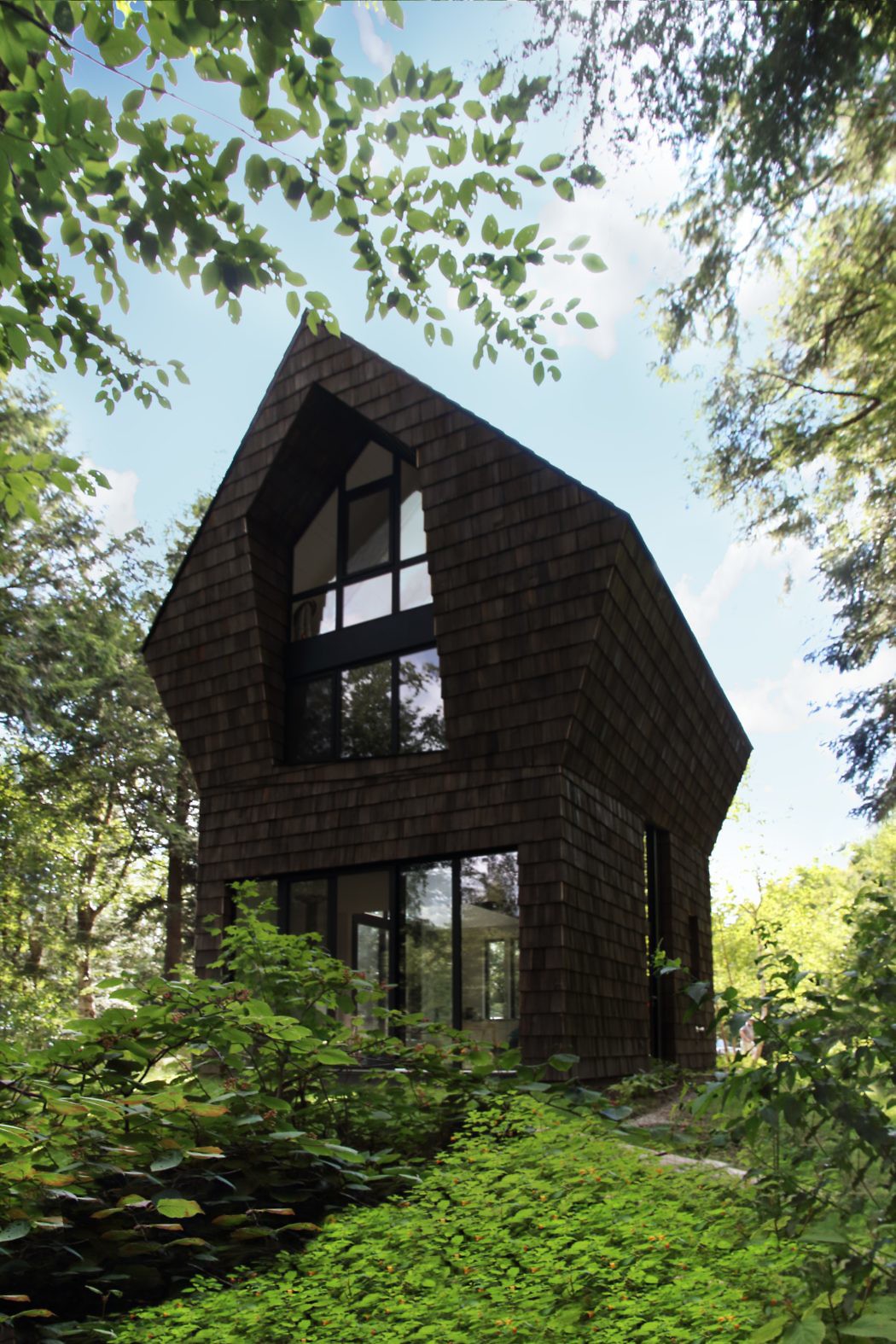 Initially built as a small storage space by the previous owner, who was a lumberman, the building has been rearranged into a forest refuge by its new owner. La Colombière (Dovery) thus represents the completion and third phase of this simple one-storey construction into a true retreat expanding on three floors.

In an attempt to preserve the surrounding nature, the footprint of the building remained untouched. This new phase inspired itself from the natural growth of trees. The link of the tree/house to the soil remains the same while growing vertically and developing an aerial volume based on the tree canopies.

By following such principles, the extension was done without any trees being cut or heavy machinery, which could have spoiled the natural environment offered by the forest.

Recalling the bark of the tall surrounding conifer, the exterior volume is covered in dark cedar.

La Colombière’s vertiginous interior is a space painted all in white. Materials and structure of the previous phase are kept and uninterrupted so that the addition acts as an extension rather than an insertion.

On the ground floor, a simple space with exposed structure, offers a direct link between rooms and with the forest’s soil.

On the upper floors, each room opens into a vast vertical shaft punctured by an ultra light stairwell, an aerial structure.

On the last floor, an exterior covered terrace acts as white perch from where admire the surroundings.

La Colombière is a refuge perched in the forest reminding us of bird huts.