Redesigned by Pablo Muñoz Payá Arquitectos, this modern single family home is located in the Spanish town of Petrer. 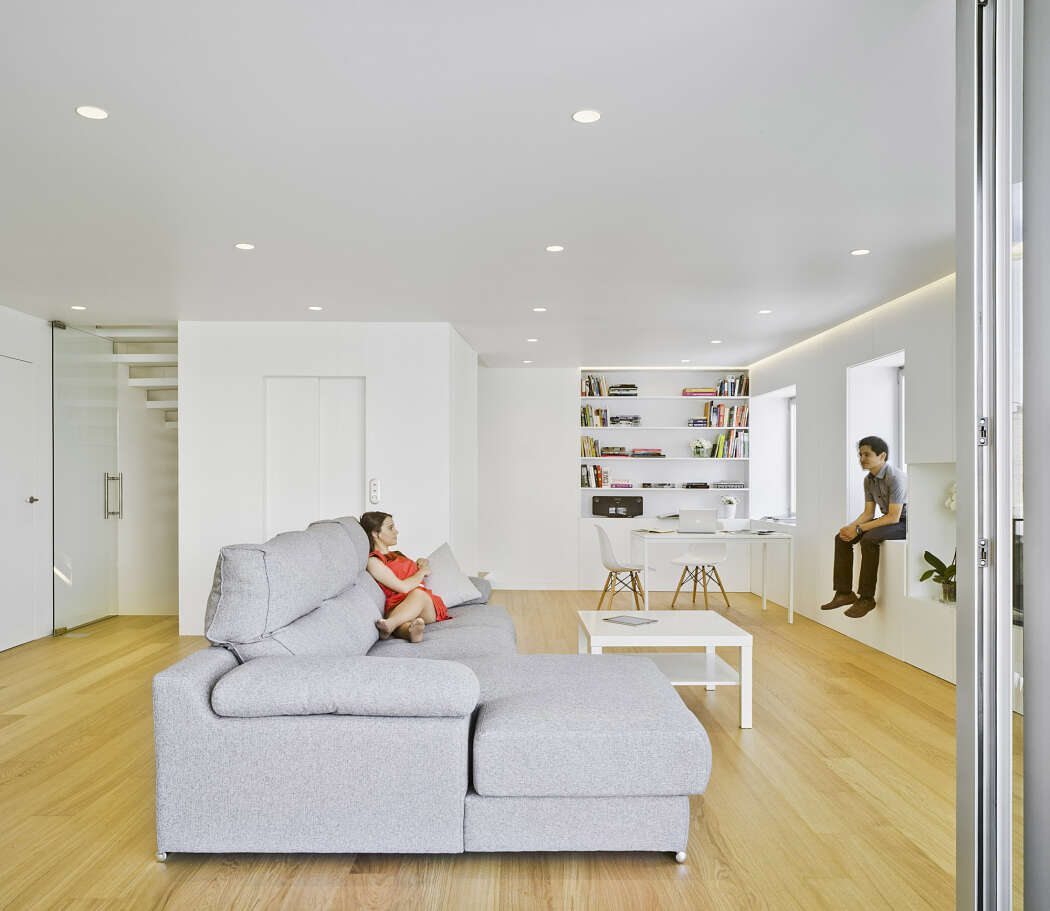 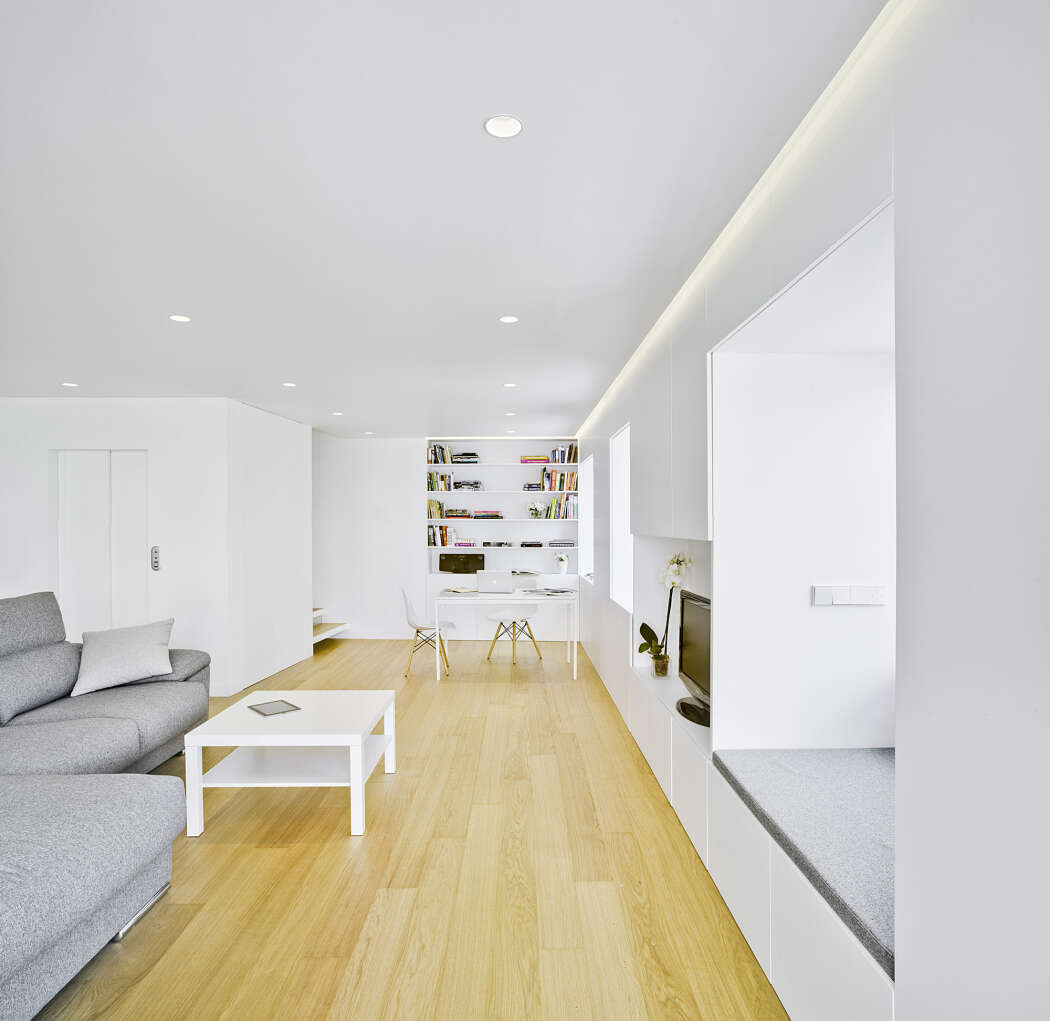 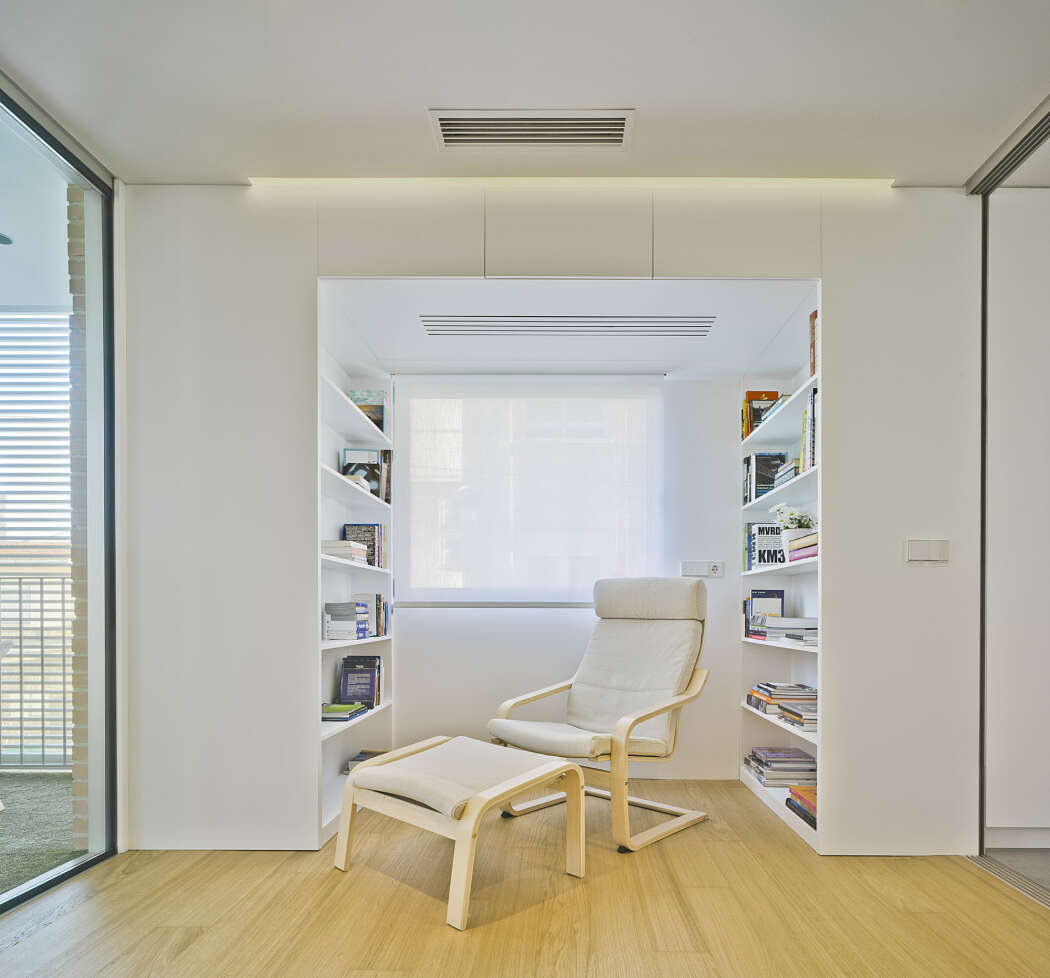 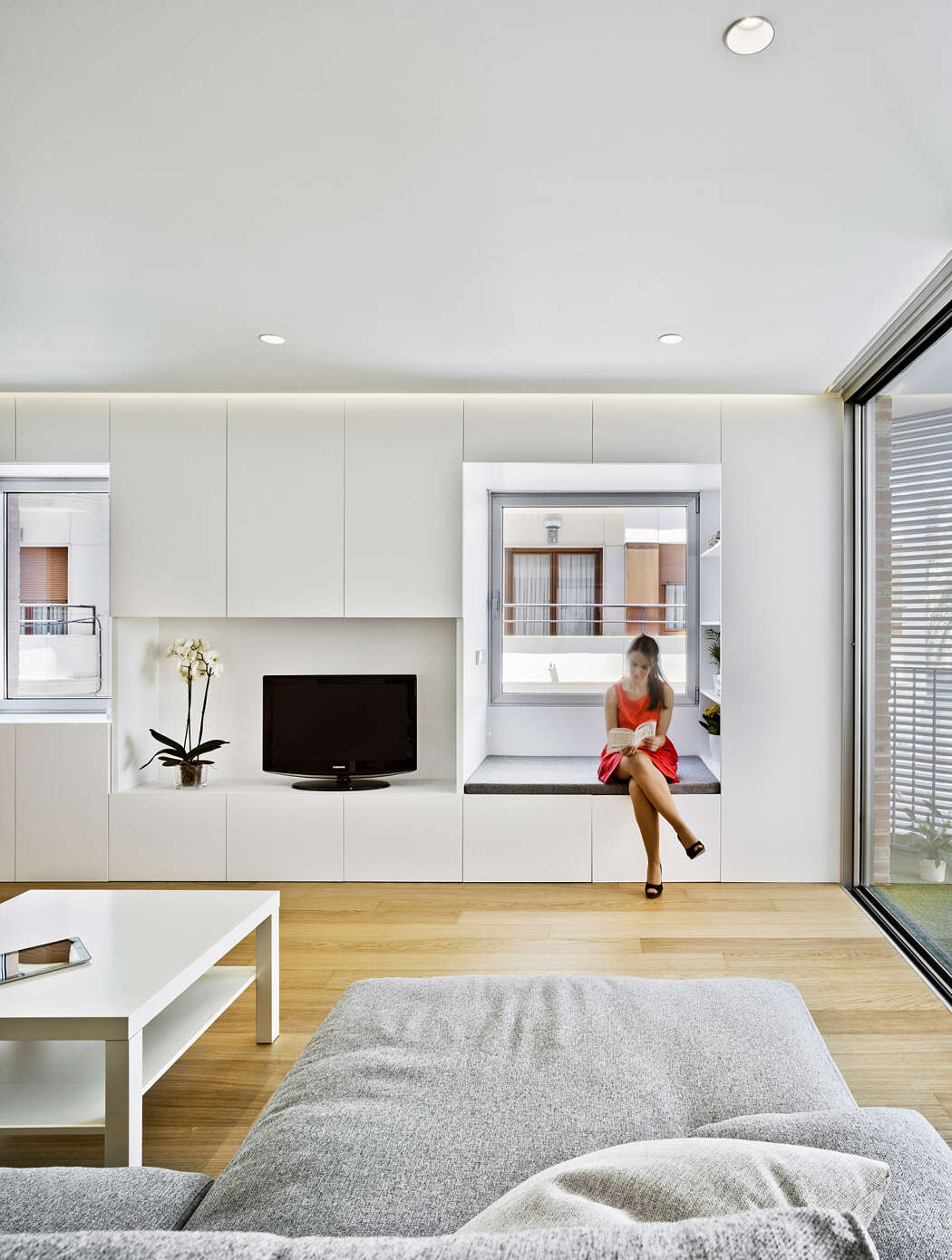 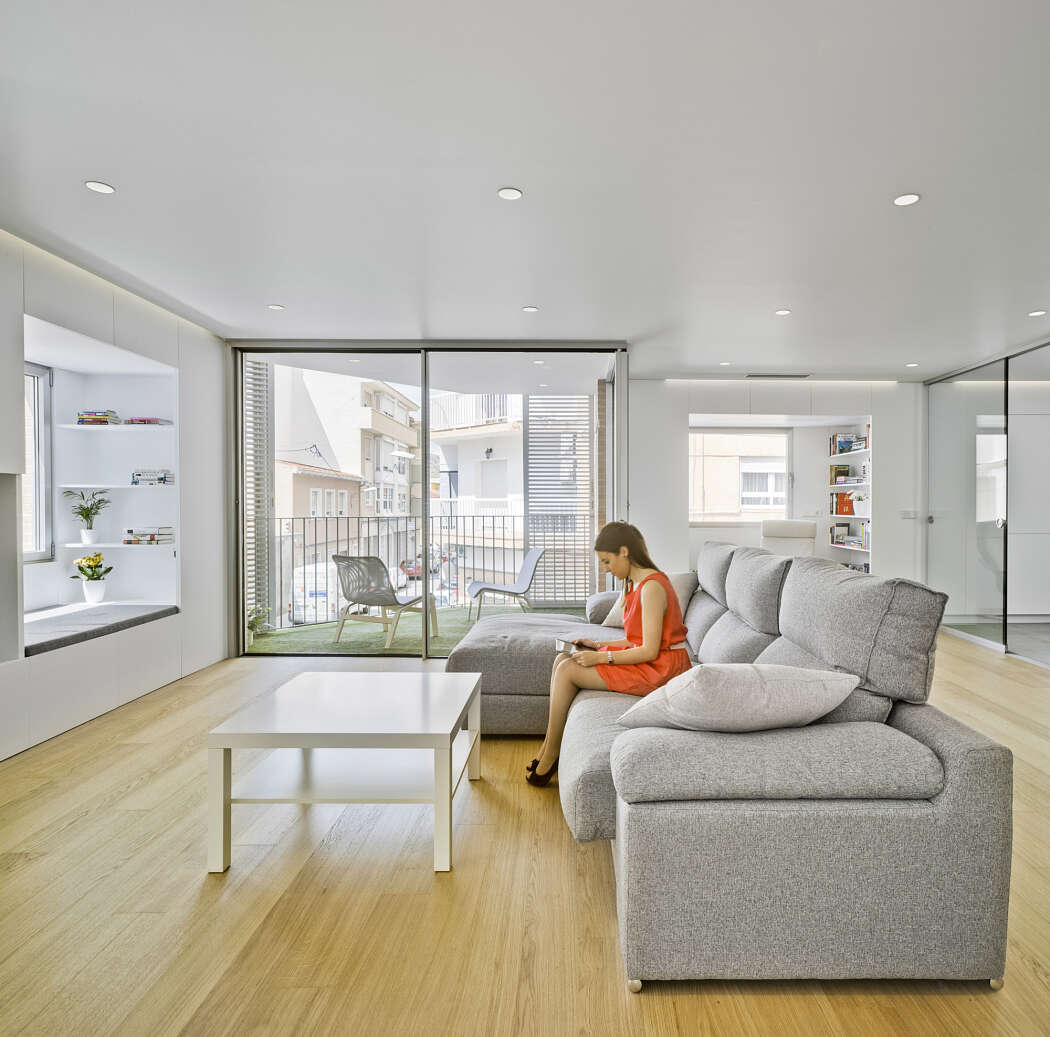 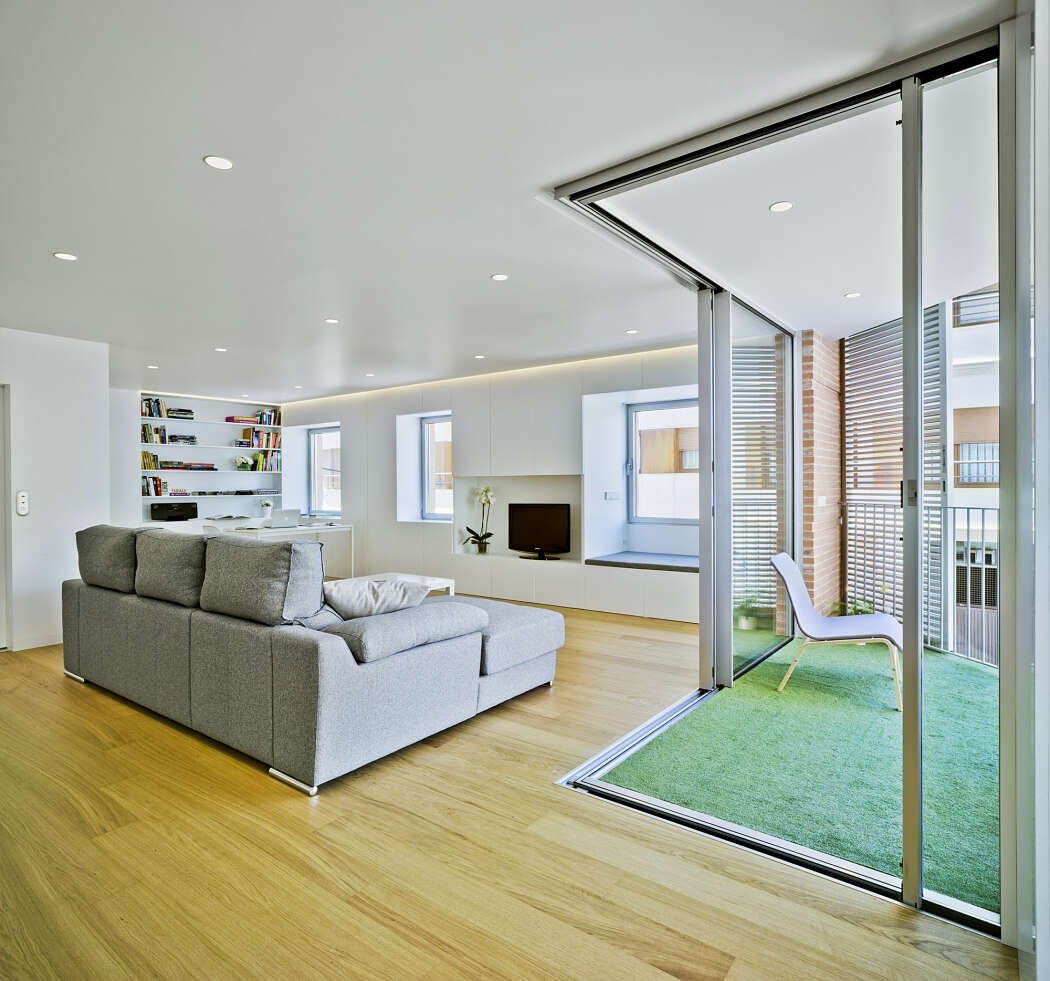 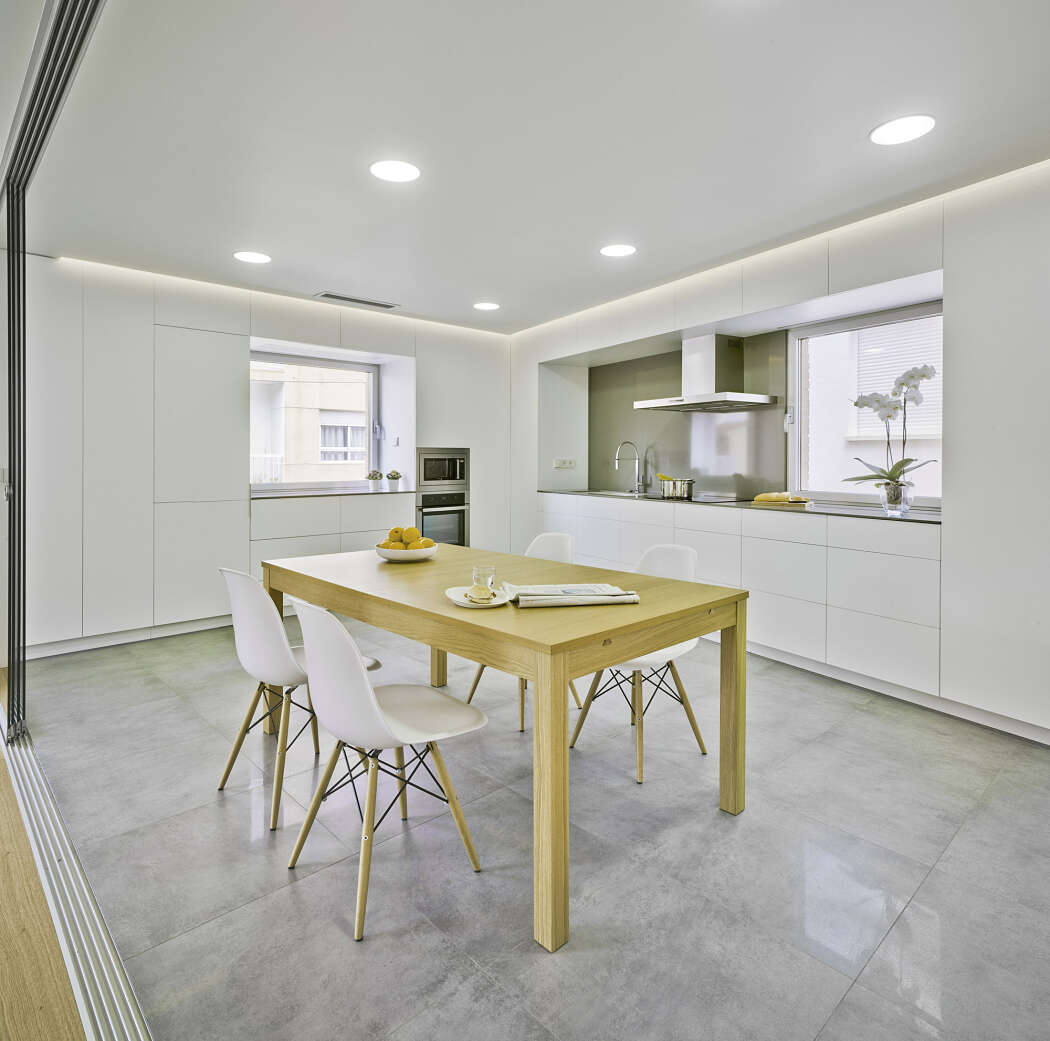 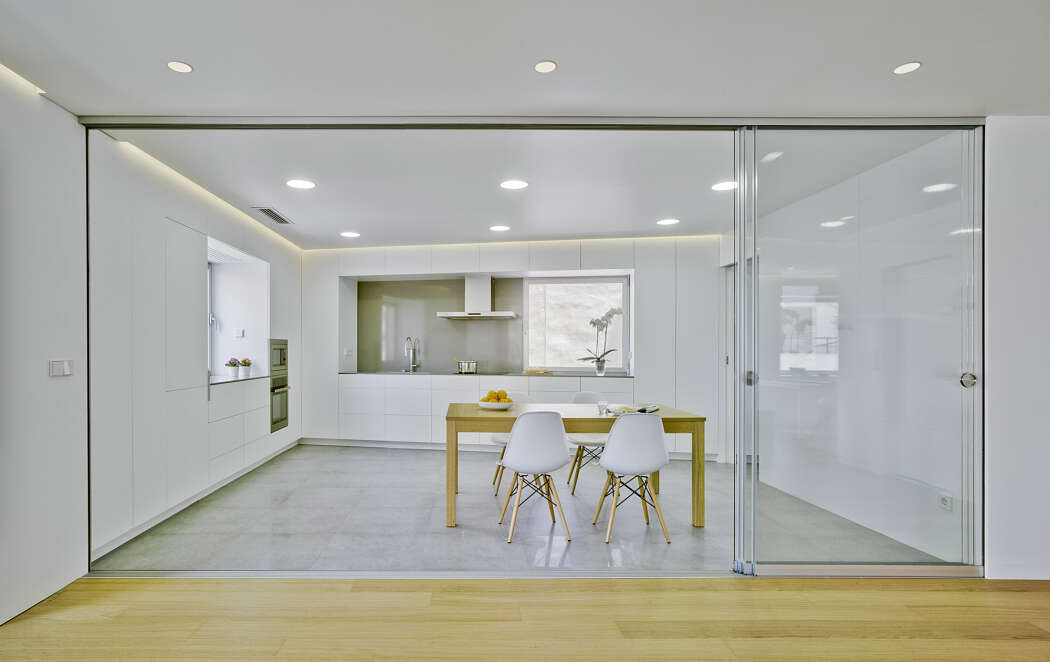 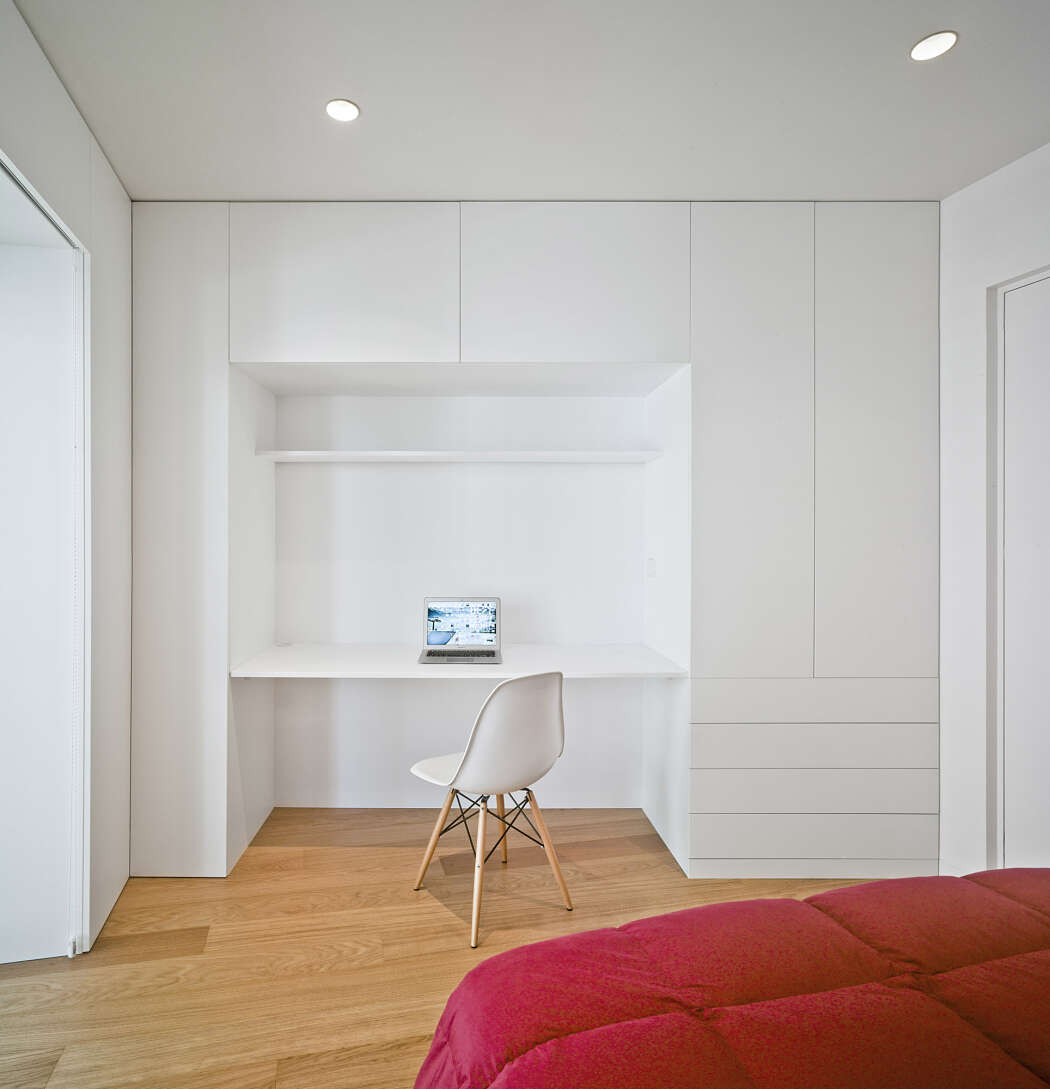 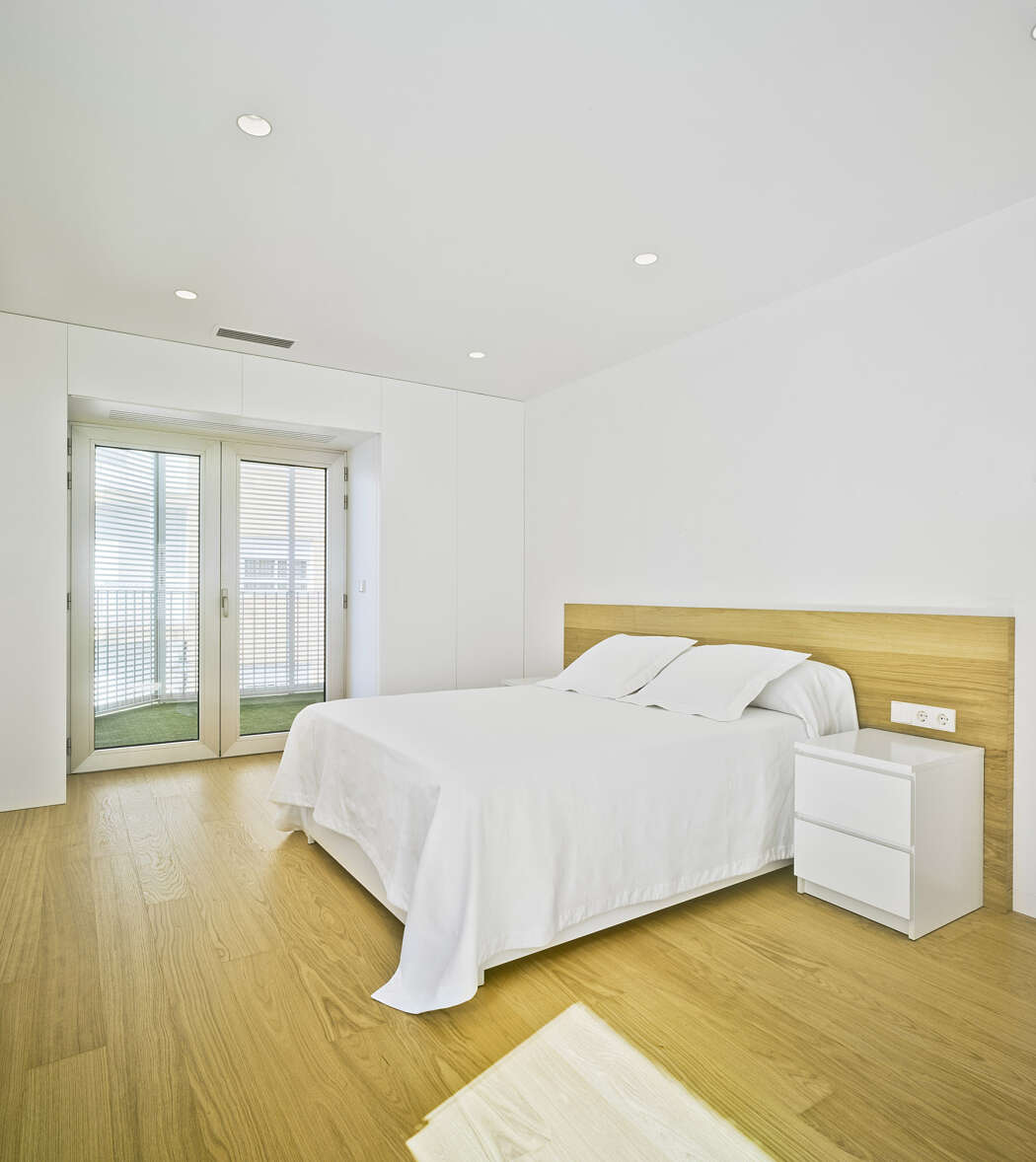 This Project is based on an integral reform of an existing house in the center of Petrer (Alicante, Spain). The arrangement is distributed as follows: parking space on the ground floor, day zone on the first floor and night zone on the second floor. The existing façade has been modified with surgical care, removing only the brick parapets on the front of the balcony and unifying the two window openings that connect the living room with its terrace.

Given the existing building, the objective is to create a new atmosphere, bringing the old dwelling up to date with mechanisms and languages of our present-day culture. An atmosphere of calm and luminous serenity is desired, providing a sense of comfort that cares equally for body and spirit. Functionality and a utilitarian approach have been highlighted, combined with craftsmanship, imagination and innovation. A tendency towards abstraction is seen in the house, with materials reduced to their minimum essence and carefully expressed.

The starting point is the client’s wish to maximize the feeling of space. Beginning with an existing fragmented distribution, the objective is to connect and extend the rooms of the house. The quality of each square meter is its versatility, which allows for multiple uses of the space and, therefore, its apparent extension. On the first floor, the living room and the kitchen-dining room have been combined into one space, with the latter being provided with the possibility of being hermetically closed to prevent the smell of cooking spreading. This is achieved using a system of four sliding glass panels which in no way sacrifice the whole visual continuity of the set of rooms. The kitchen is no longer the marginalized place it had been in the previous home, but is now a high-tech area that has become a place for
recreation and leisure.

Another of the client’s requests was to provide the home with maximum storage space and for this reason the façades, which had been encumbered with pillars and piping, have been modified, regularizing their interior perimeter and resolving all the practical questions such as installations and storage with a continuous cupboard. This enveloping cupboard integrates elements such as boxes for blinds, roller blinds, fan-coils, electricity boxes… which are always easily accessible. The façade, now an equipped wall, is no longer a simple line of separation between the interior and exterior, but an efficient wall of services which allow in light and air and which free up the rest of the space, providing the home with an excellent extra thermal insulation. The space limit is enriched, equipped and it stores.

On the upper floor there are two permanent bedrooms and a multi-use flexible room, all of which open onto the terrace. Staying with the concept of a continuous cupboard on this second floor, the perimeter of the bedrooms is provided with a folded away dressing room which coincides with the façade, becoming bedroom-dressing rooms and thus increasing the use of the area. The flexible room meets the requirements of a bedroom for use from time to time, being at the same time a small sitting room for the rest of the time. A flexible partition wall made of four wooden panels allows this room to be fully opened onto the landing when the room is not being used as a bedroom, enabling the double use and
improving, moreover, the sense of space when coming up to the second floor.

The house is surrounded by five-storey blocks of flats and, consequently, the lack of privacy on the terraces, which would restrict extended use of these, worried the client. The decision was taken to use sliding aluminum slats on the front of the terraces which would filter the solar and visual impact of the exterior to create an environment with the required privacy.

Energetic efficiency has been given the utmost care, providing the building with excellent thermal insulation throughout. Air-conditioning is carried out through a complete integrated installation with a solar powered heat pump which heats water in winter, distributing this through a radiant floor, and which cools water in summer, taking it to six independent fan-coils.