Home for a Craftsman: Avala House in Belgrade by TEN Studio. 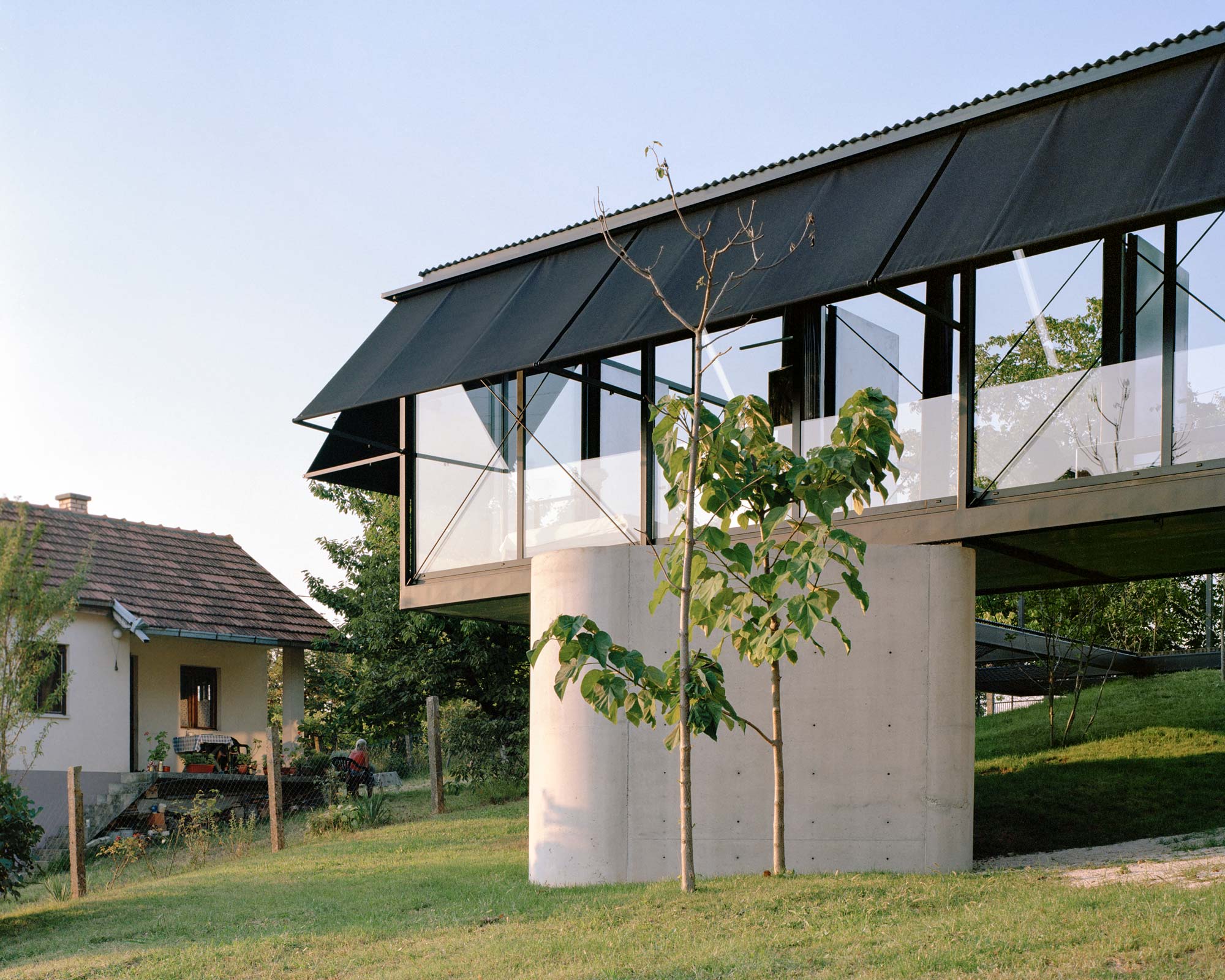 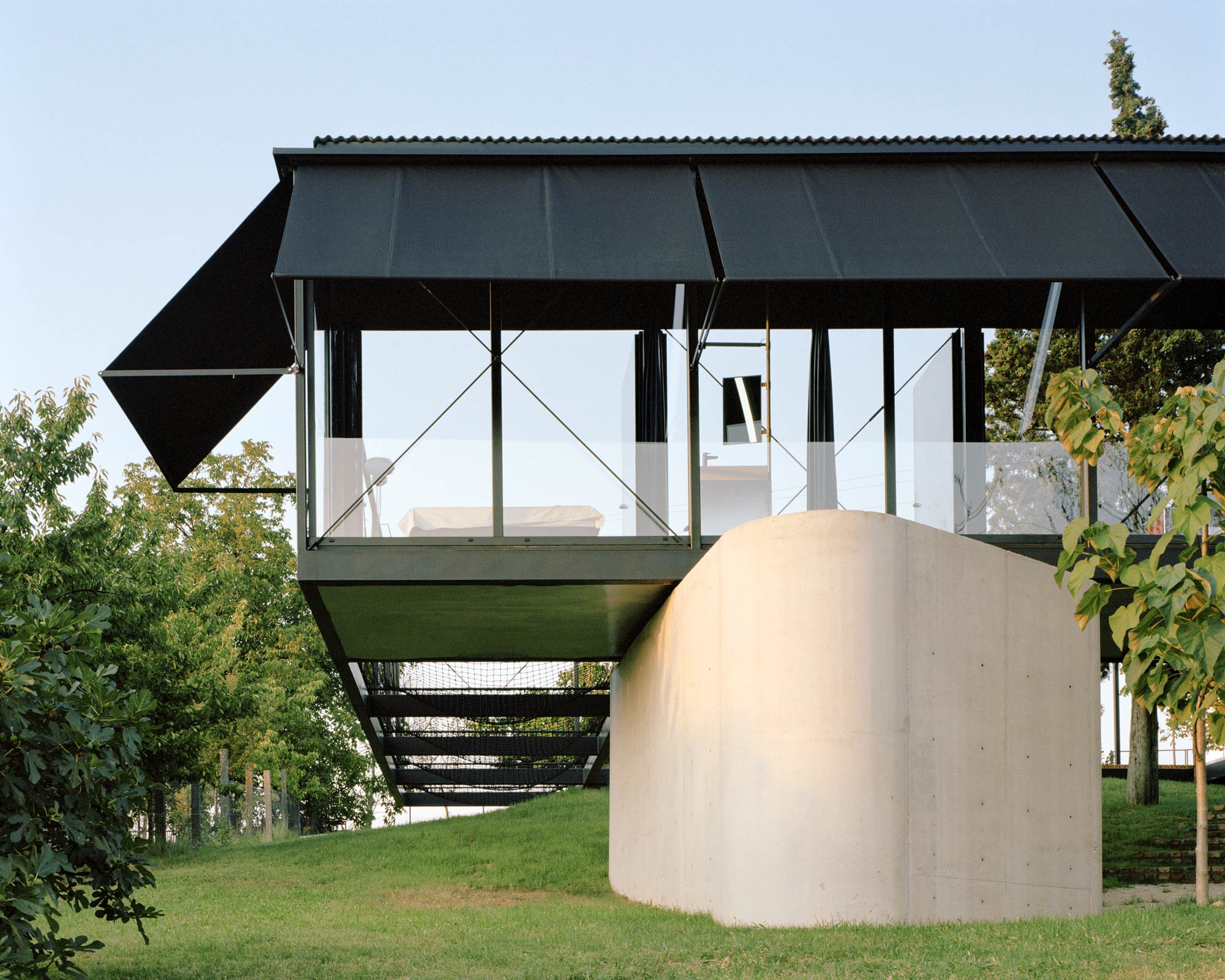 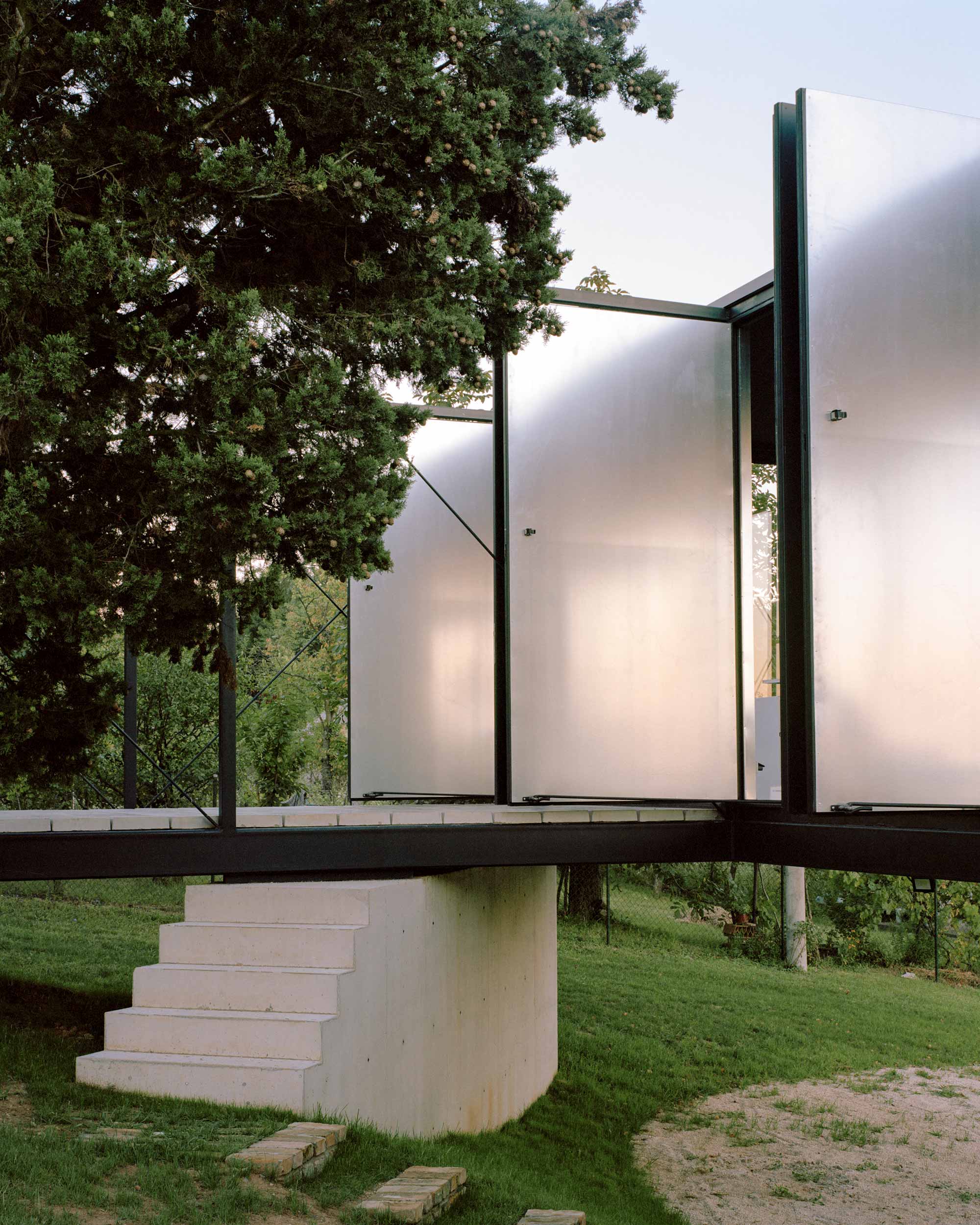 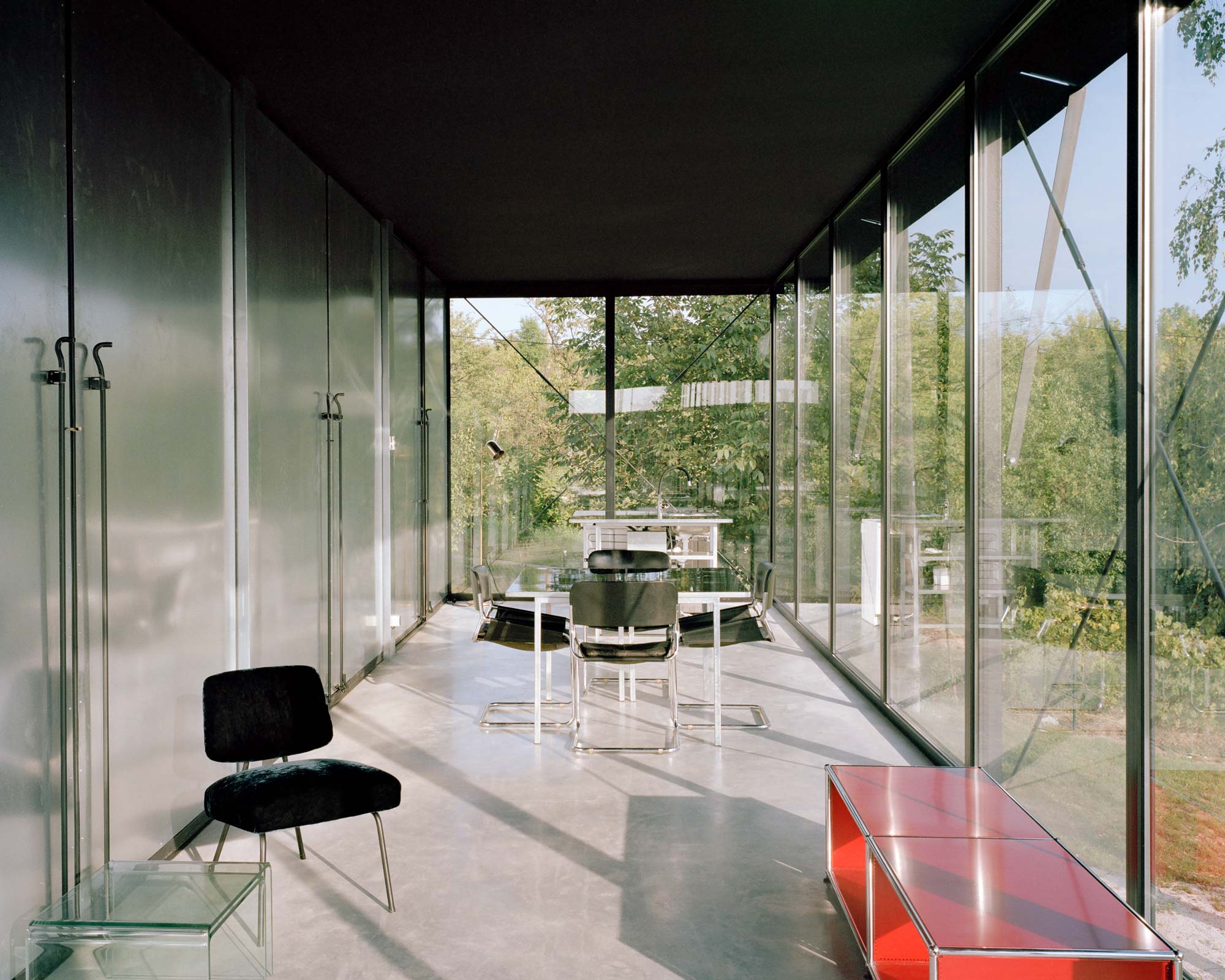 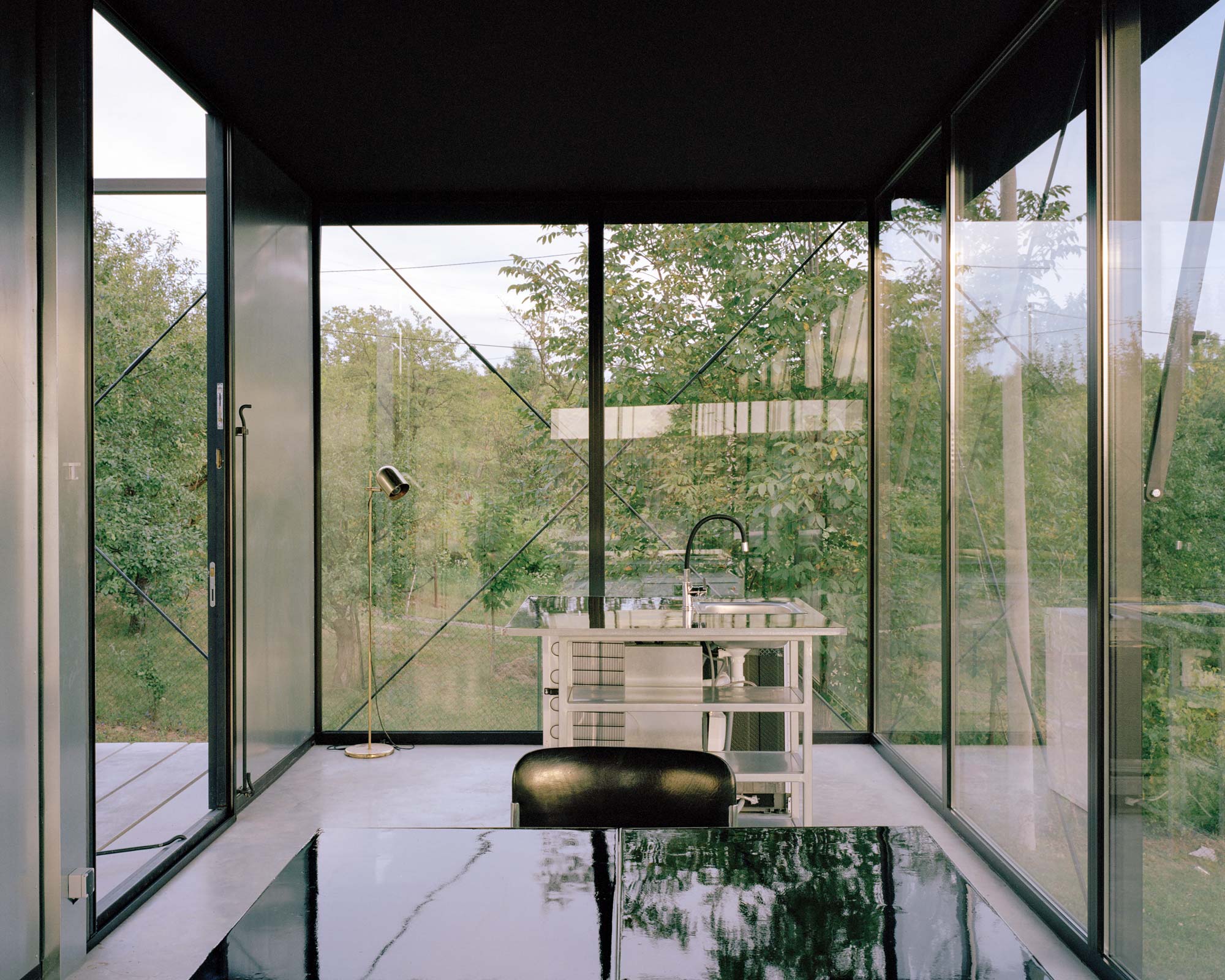 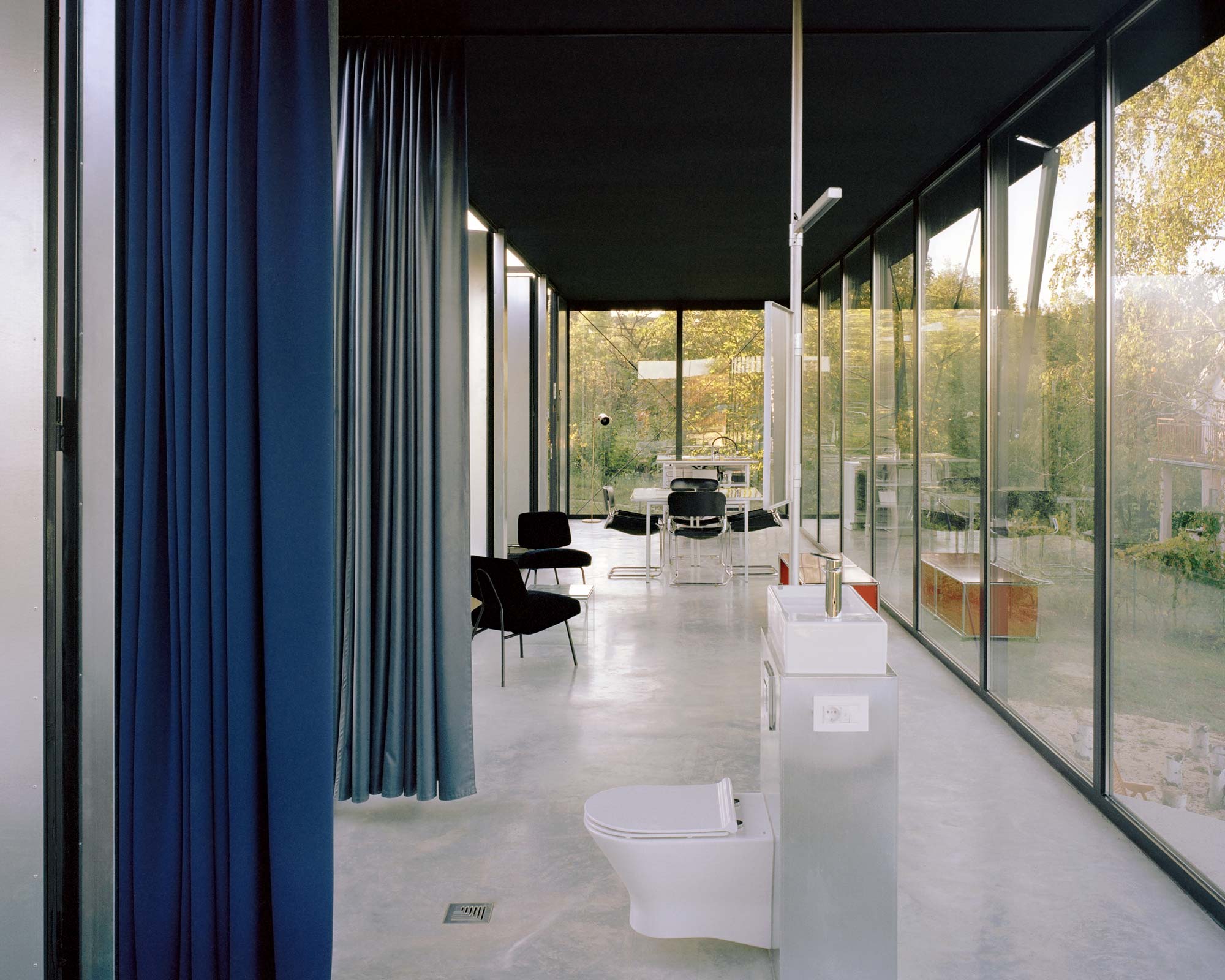 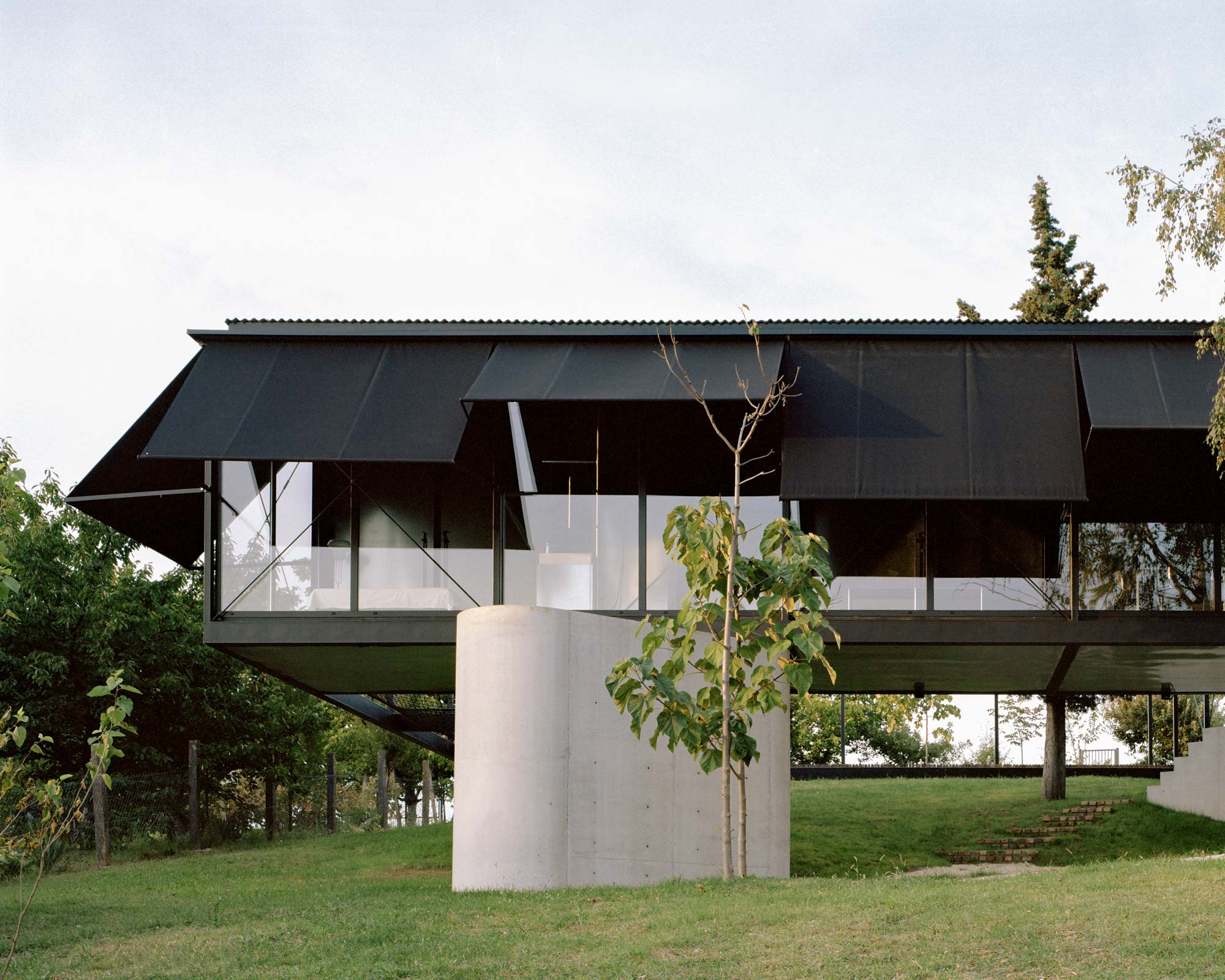 has designed a for a local craftsman set against the pastoral landscape of Avala Mountain, just outside of the capital . Inspired by the idealism and hybrid nature of Yugoslav modernism, the design fuses local materials and construction knowledge with a highly contemporary expression. The result is a formally unobtrusive frame that acts as both an intervention in and a continuation of the natural terrain.

While it may at first sound like cottage-core, this home is anything but. The single-storey steel and glass residence sits atop two large concrete boulder-like forms, dedicated to both an outside garden staircase and a storage space with a garden bathroom. Looking out towards its southward inclining orchard garden the space is organised by a 3.2-metre grid frame measuring 16 by 16 metres square with an interior cut out of 9.6 by 9.6-metres, revealing the countryside below. Forging a new clear geometry and strong architectural outline against the landscape, the surrounding surface forms the inhabited area of the house while delimiting its building perimeter. 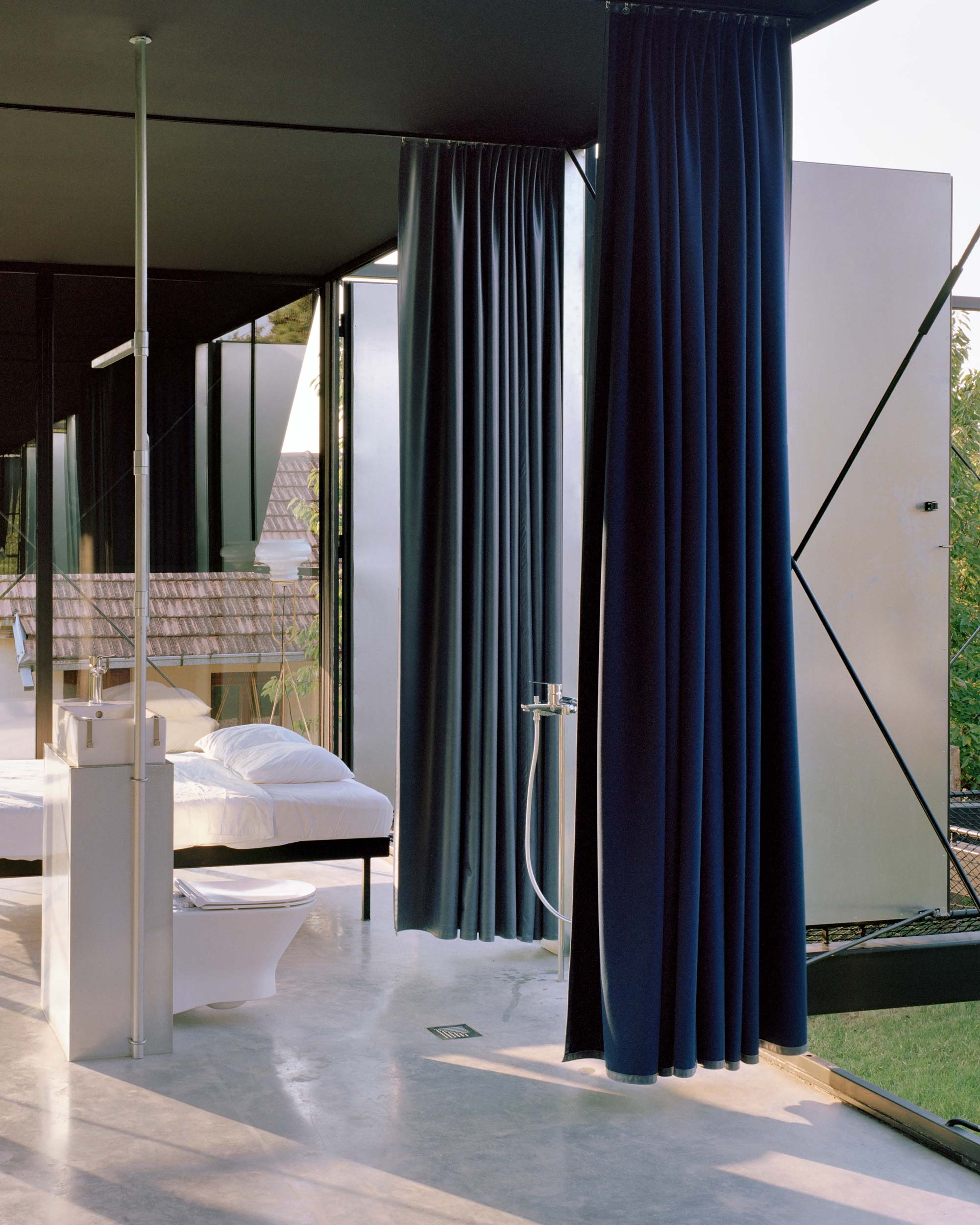 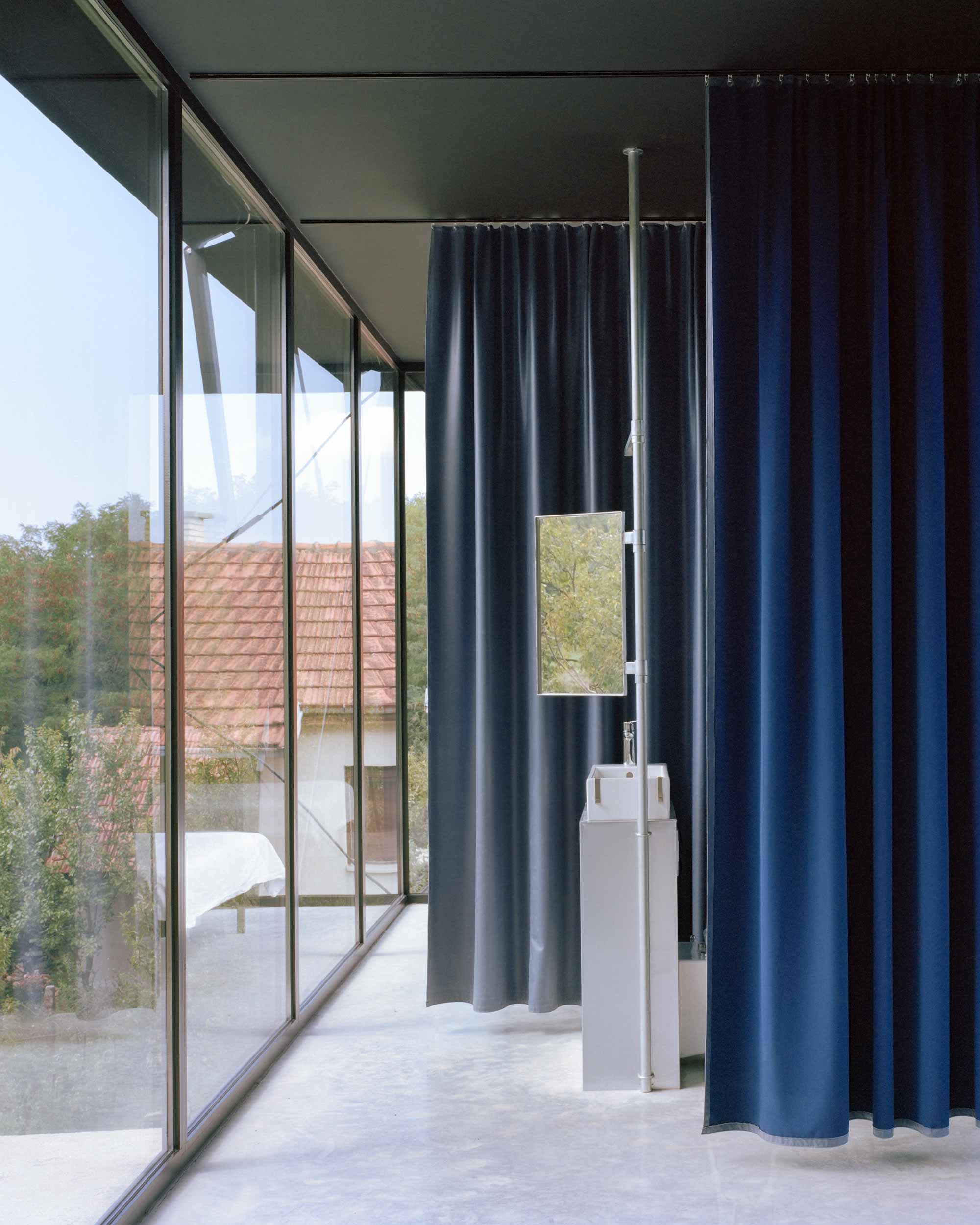 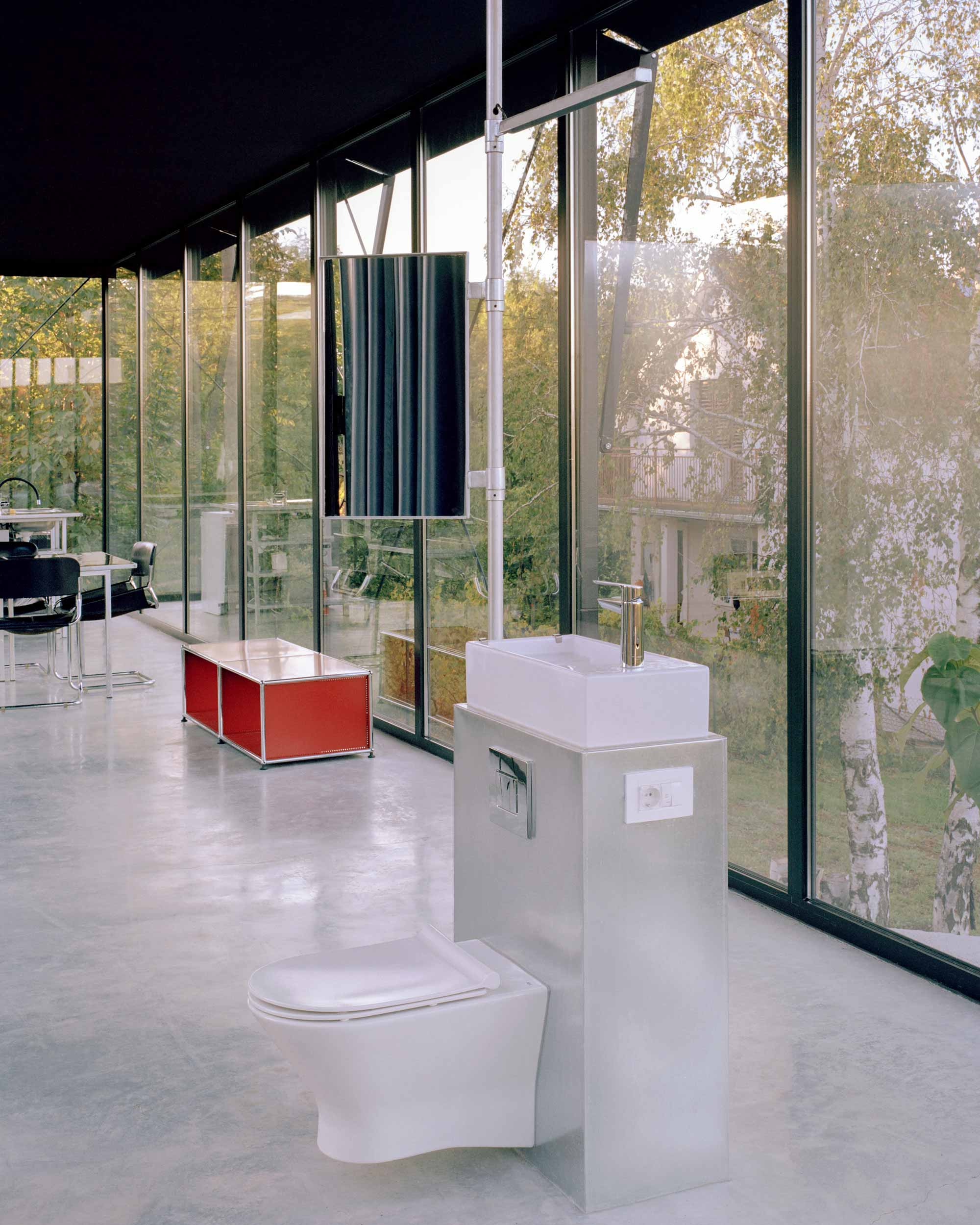 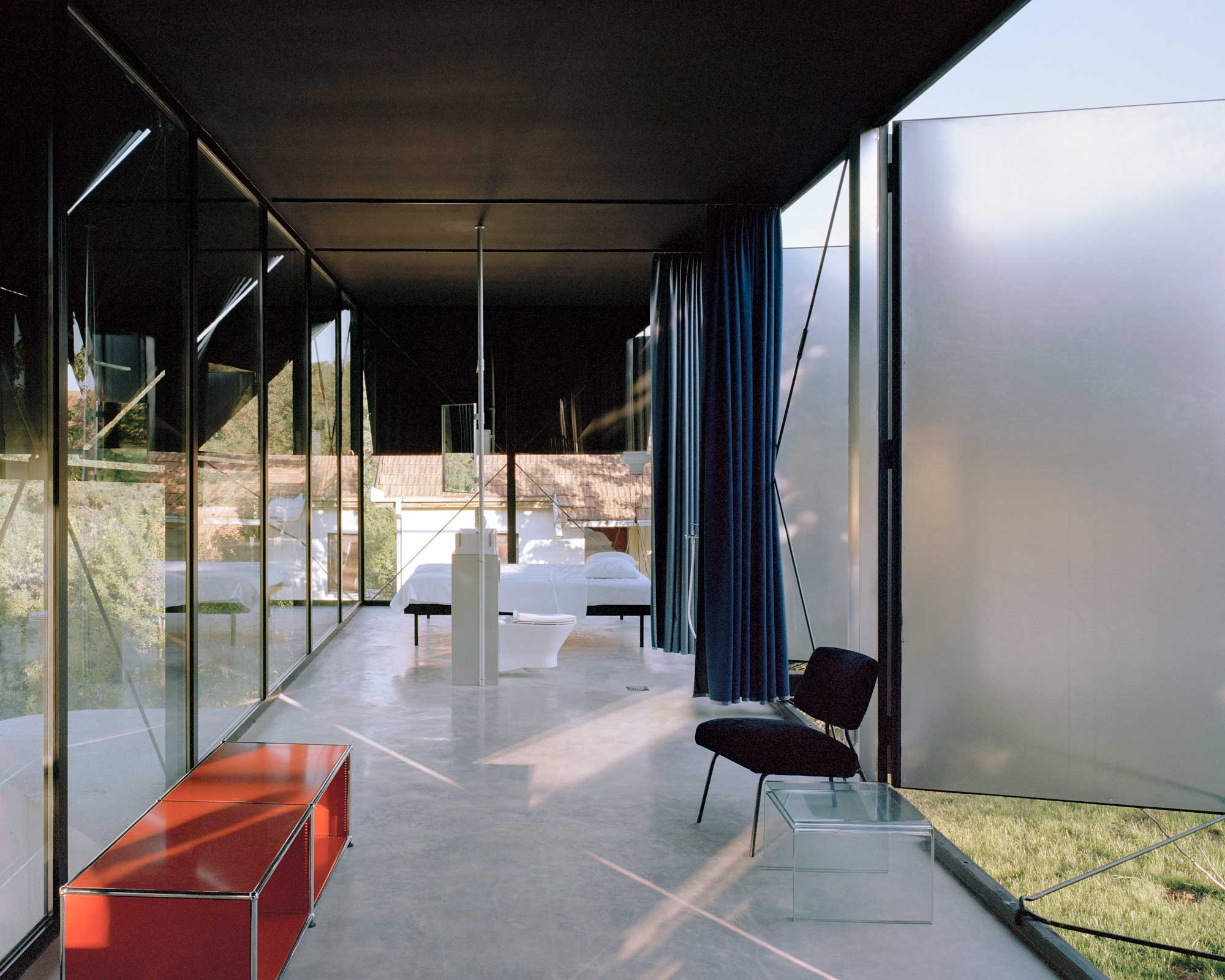 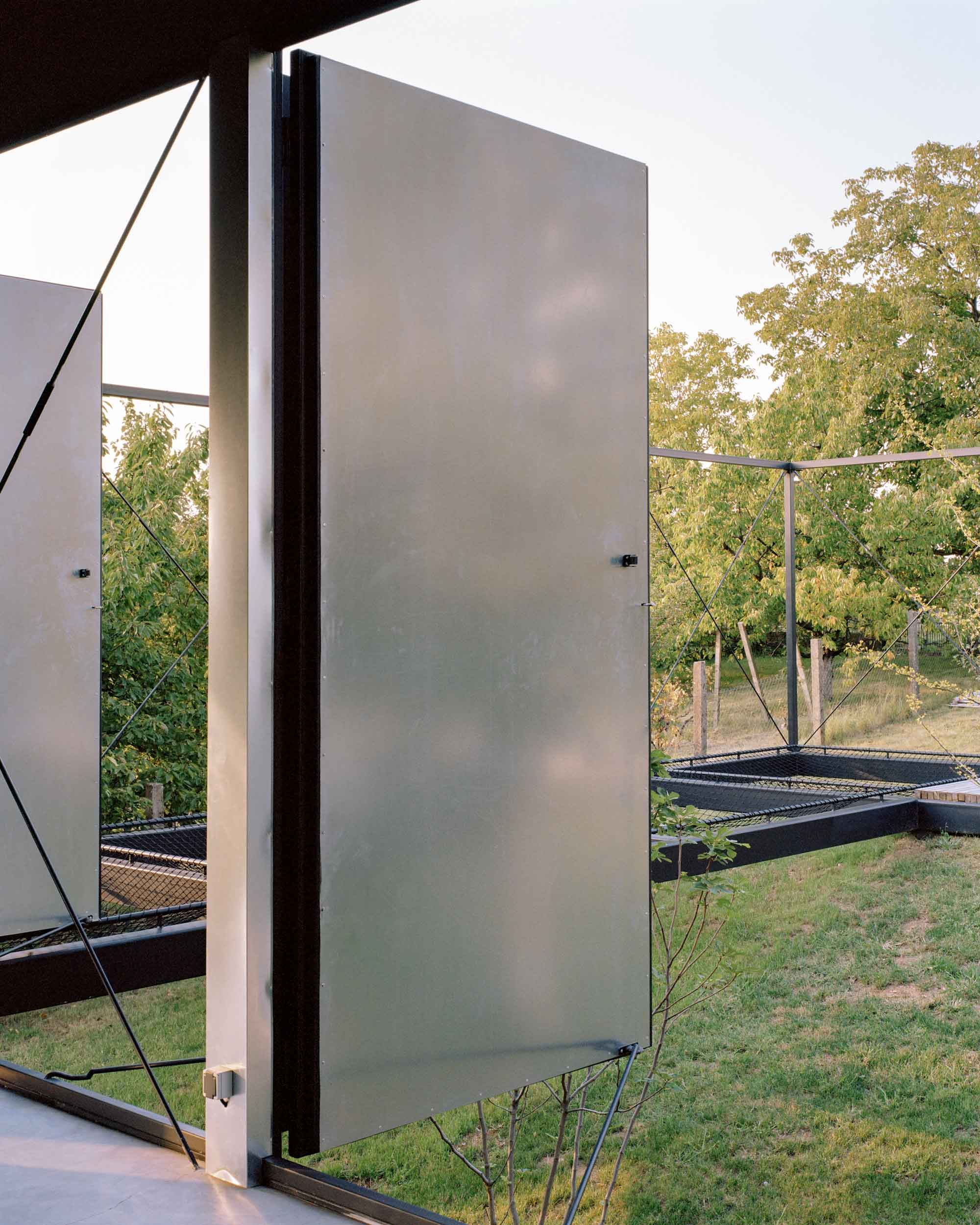 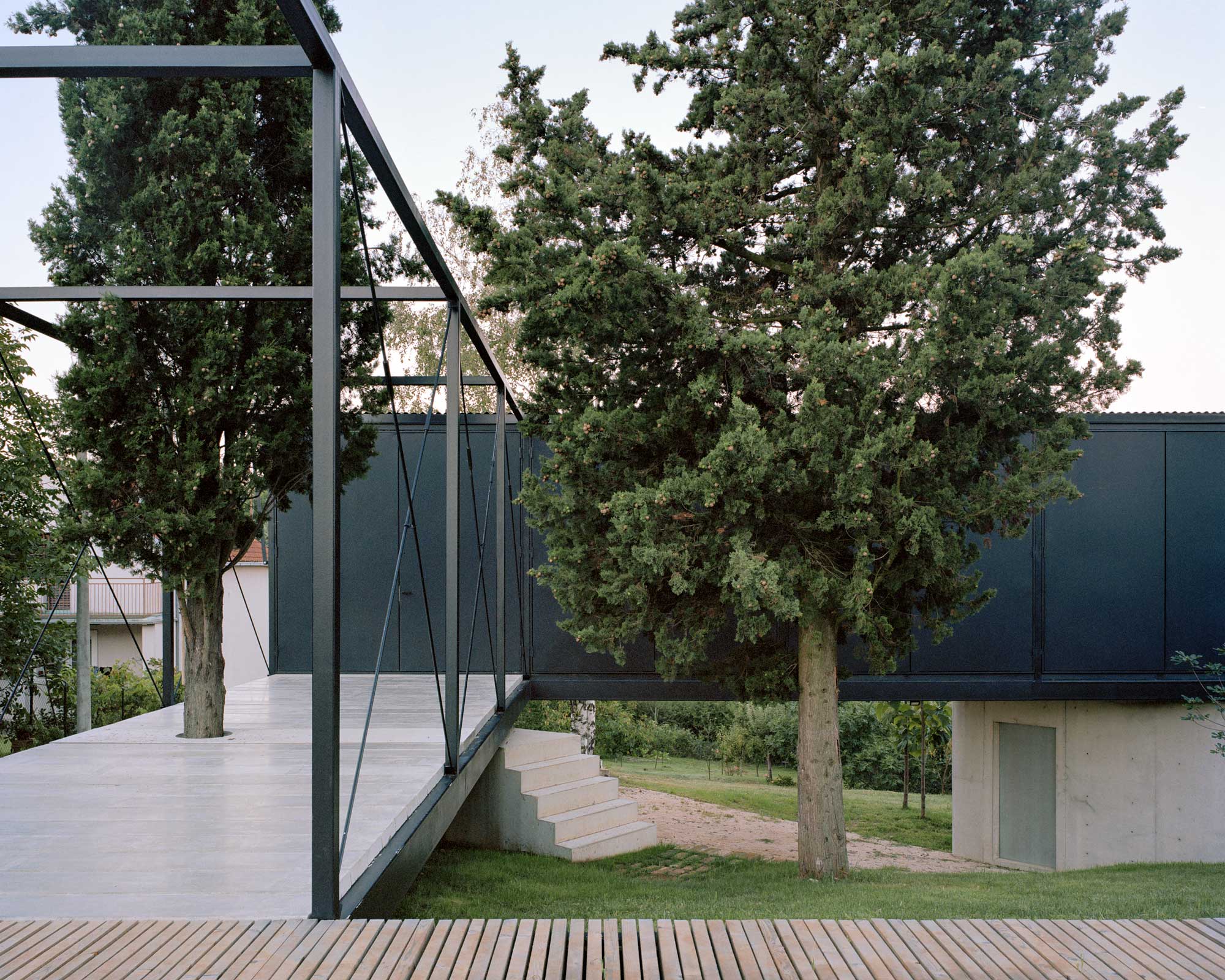 Challenging the norm of conceptual driven architecture, this project was a collaboration between the architects and the owner – a local craftsman working on interior refurbishments and domestic maintenance. With his wealth of knowledge, the conversation shifted from a complete conceptual product to a project using local materials, skills and construction know-how. The focus was on durable structures and surfaces with practical maintenance and repair solutions.

Every element of the house emphasises the performance of structure and space, providing either weight or lightness at specific points, expanse or contraction at others. All details are revealed from the visible main steel frame, the connections to the bearing points, the exposed bracing and raw material finish. This adds a feeling of directness that makes the house accessible to all.

As the sloping terrain continues between and underneath the house, a symbiosis between inside and outside space can be felt. By respecting the configuration of the natural ground, they have introduced the landscape and trees into the central space of the building all while offering a shaded outdoor living space. 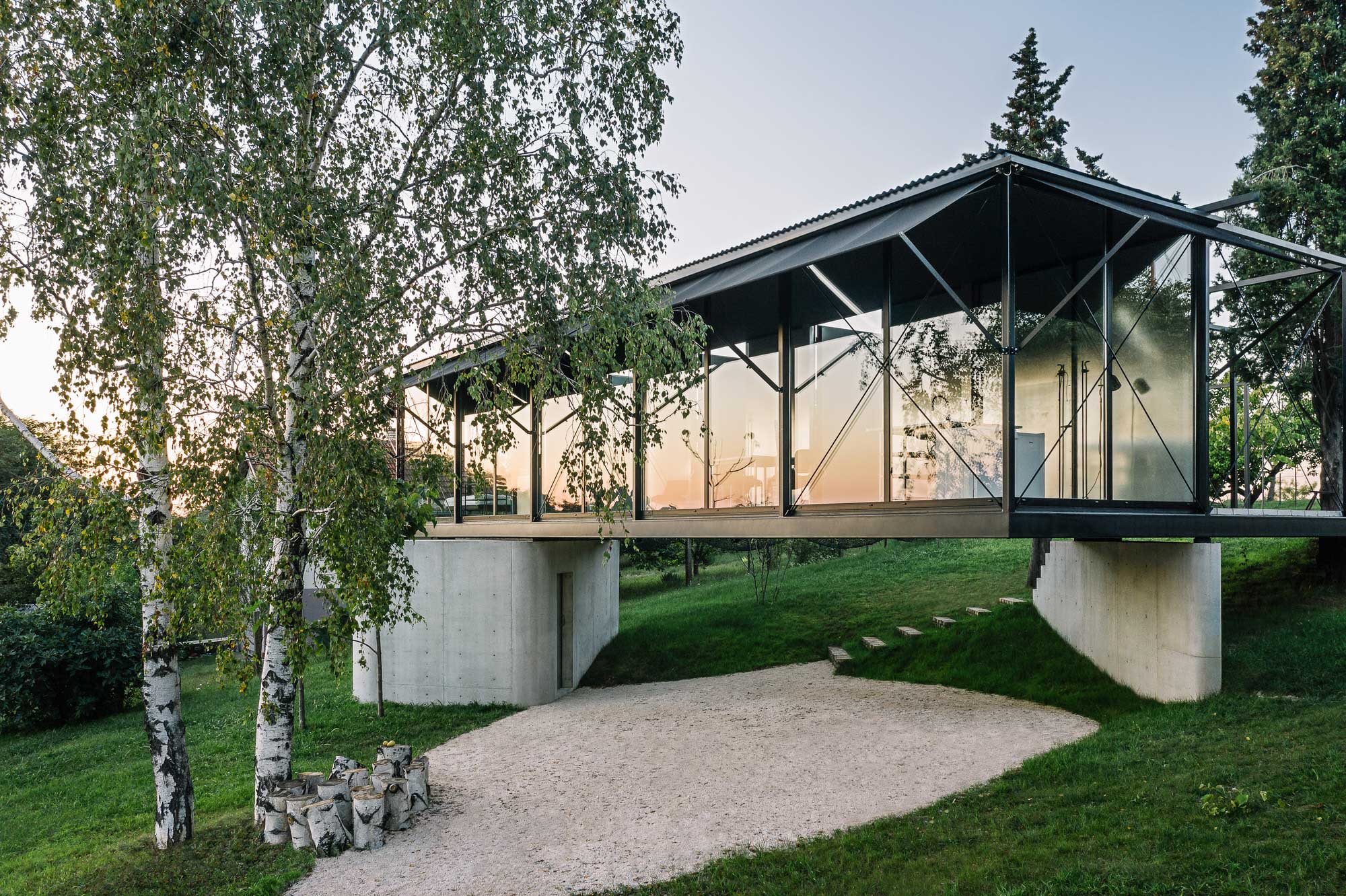 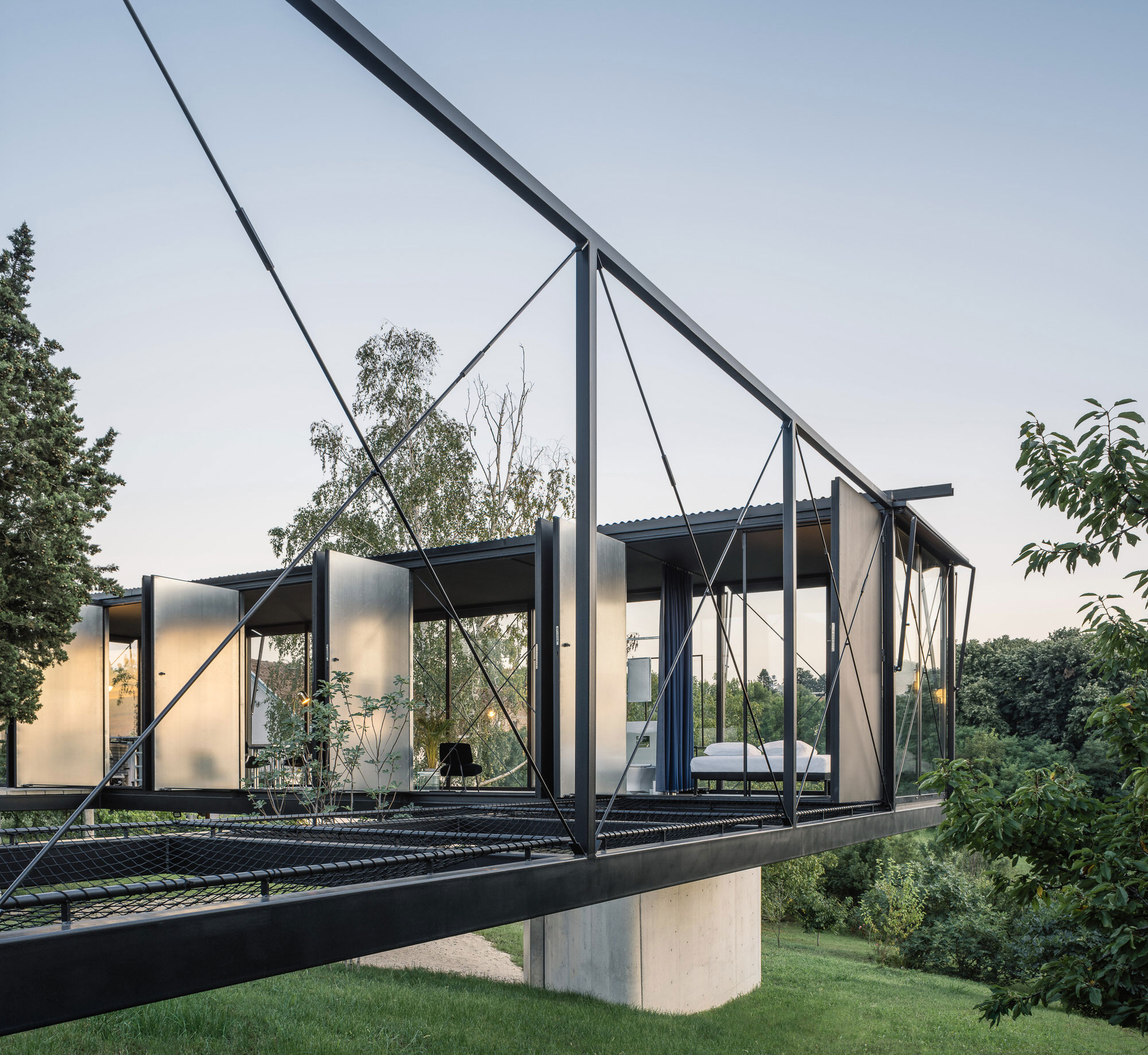 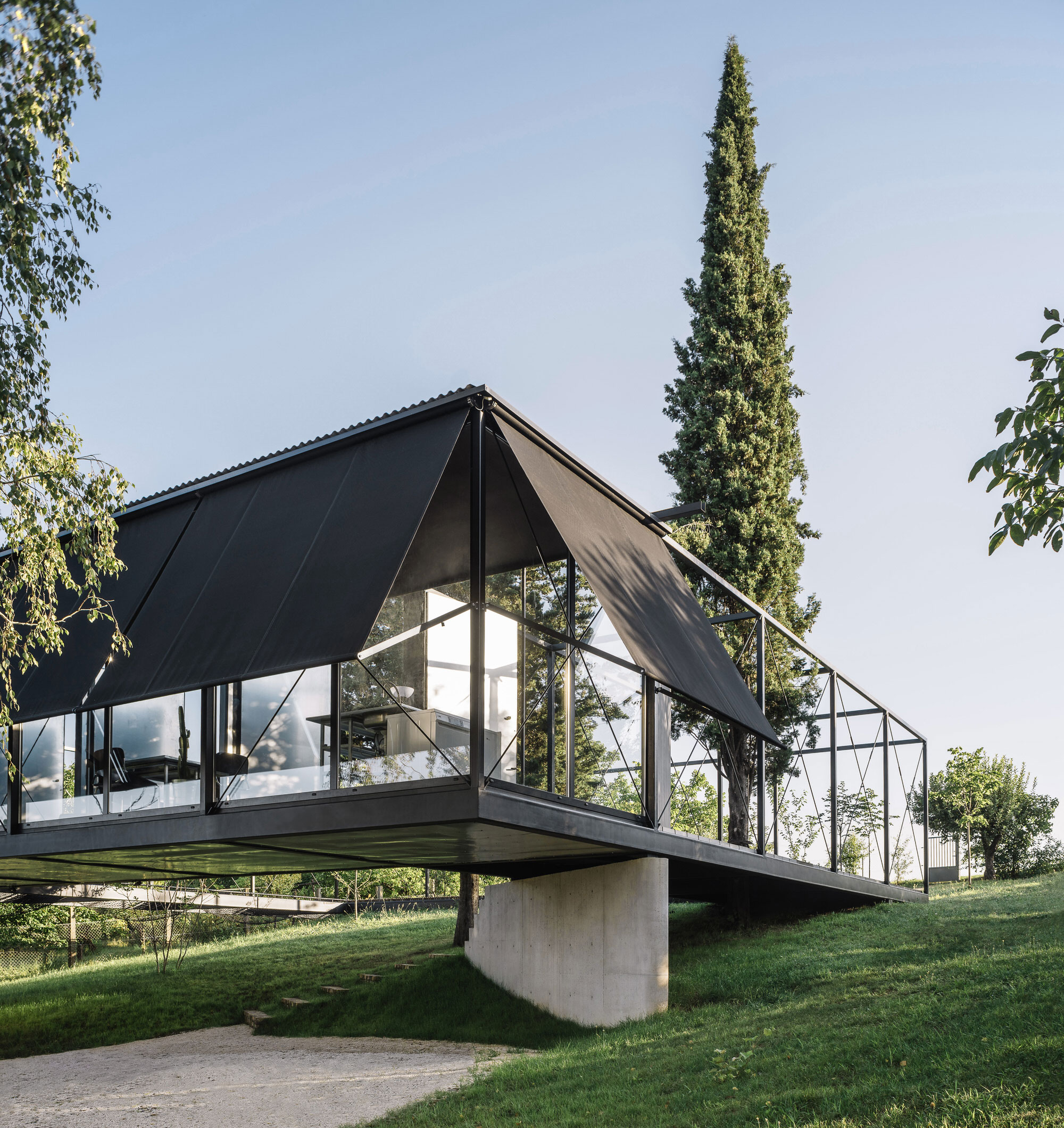 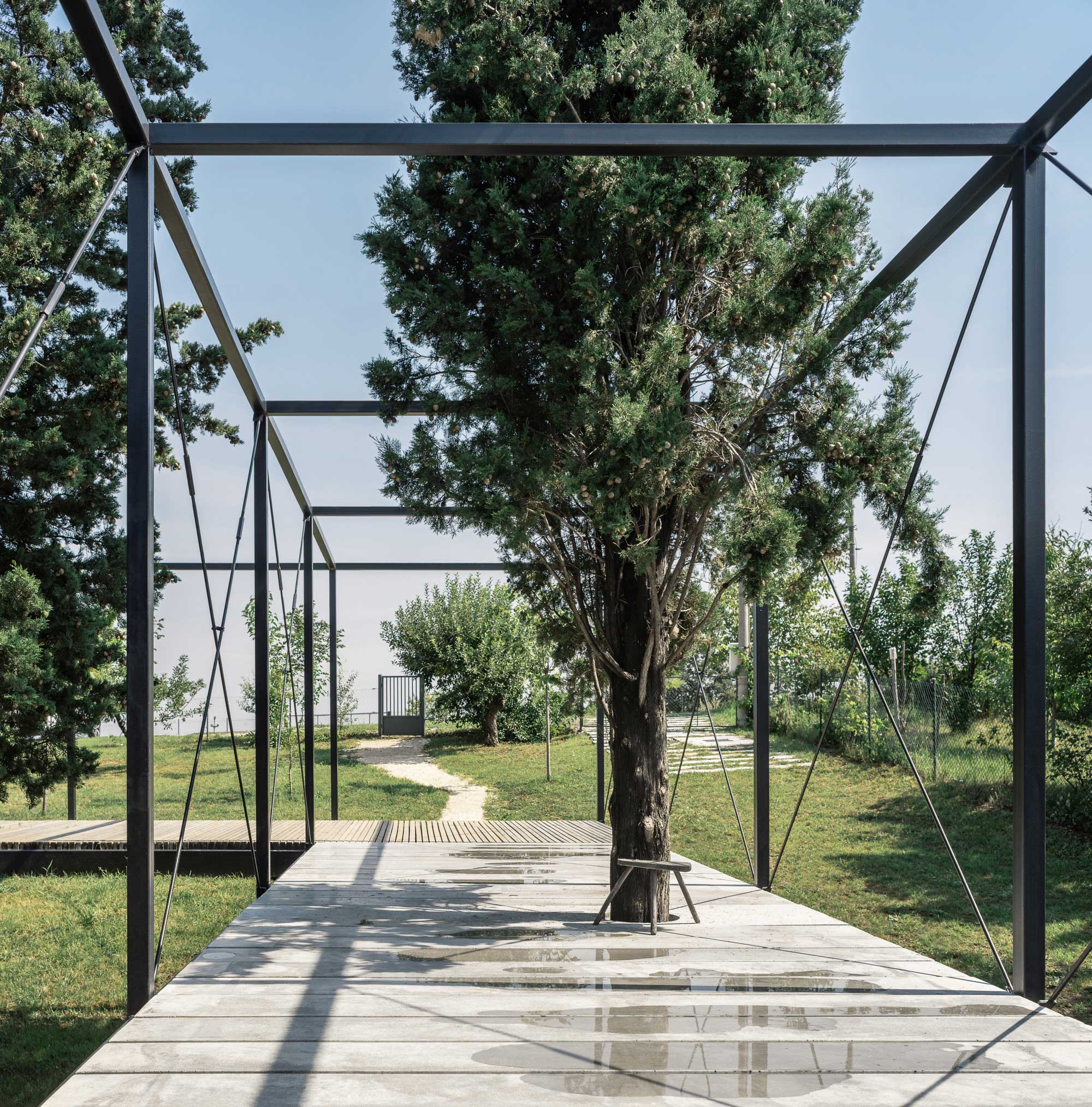 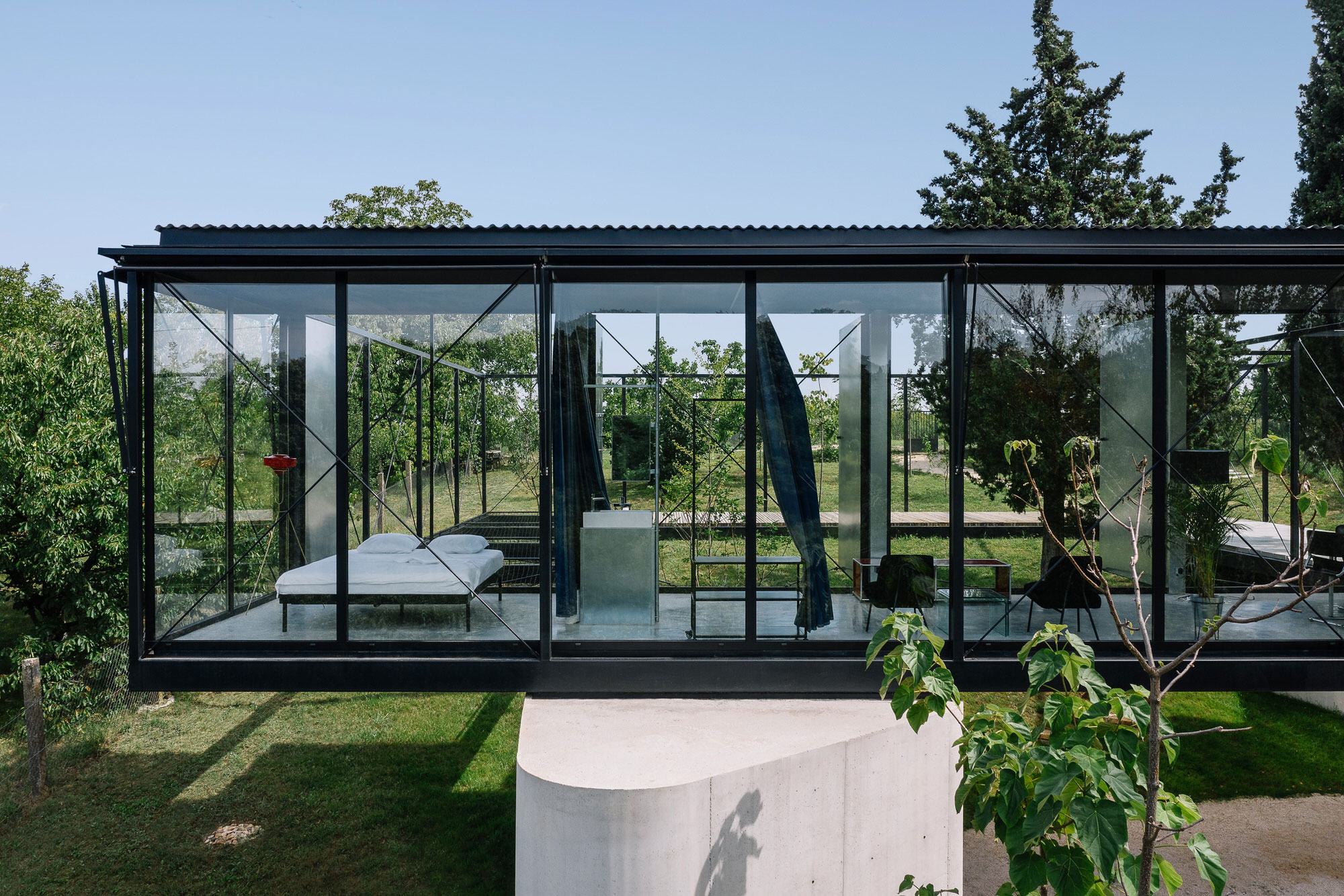 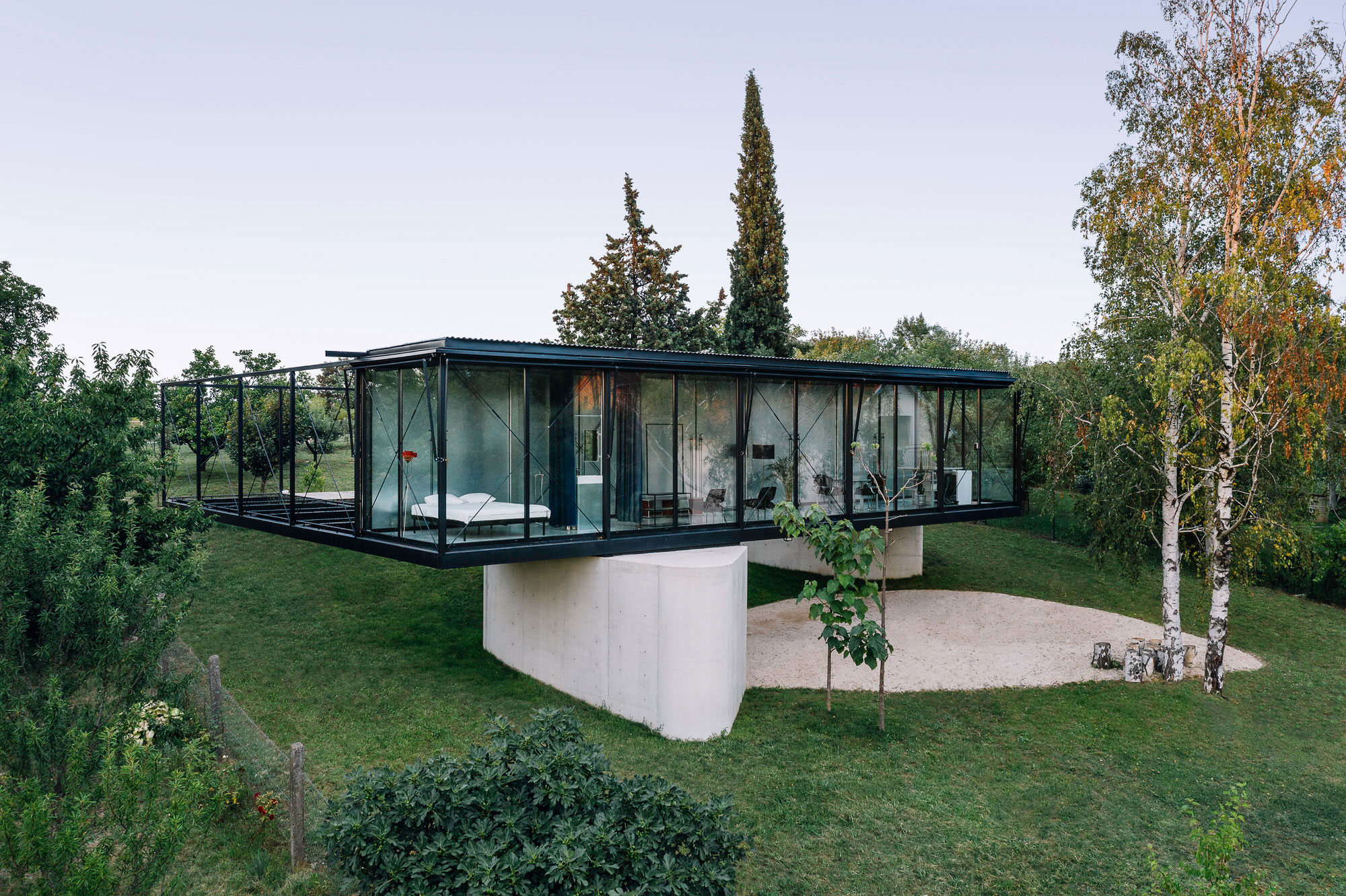 The plan of Avala House is developed on the outer grid as a sequence of four terraces interlocking at corners to face the internal garden living space. Each terrace holds a different surface material like a hanging net, or sheet steel providing possibilities for a variety of uses within the existing steel frame.

The 10 gloriously large pivoting steel doors really create the wow-factor for me in this project by allowing the area to shift from its singular indoor space of 50 square metres to embrace the full 156 square metre volumes of the four outdoor terraces.

A series of floor to ceiling full-length curtains discretely separates the sleeping area from the kitchen, dining, sitting, and bathroom when seeking a more intimate experience, when drawn its dedicated to an open plan space. Echoing elements of ’s , the building inverts the traditional instinct to shelter from nature and as Rohe’s infinite wisdom says to “bring nature, houses, and human beings together into a higher unity.” 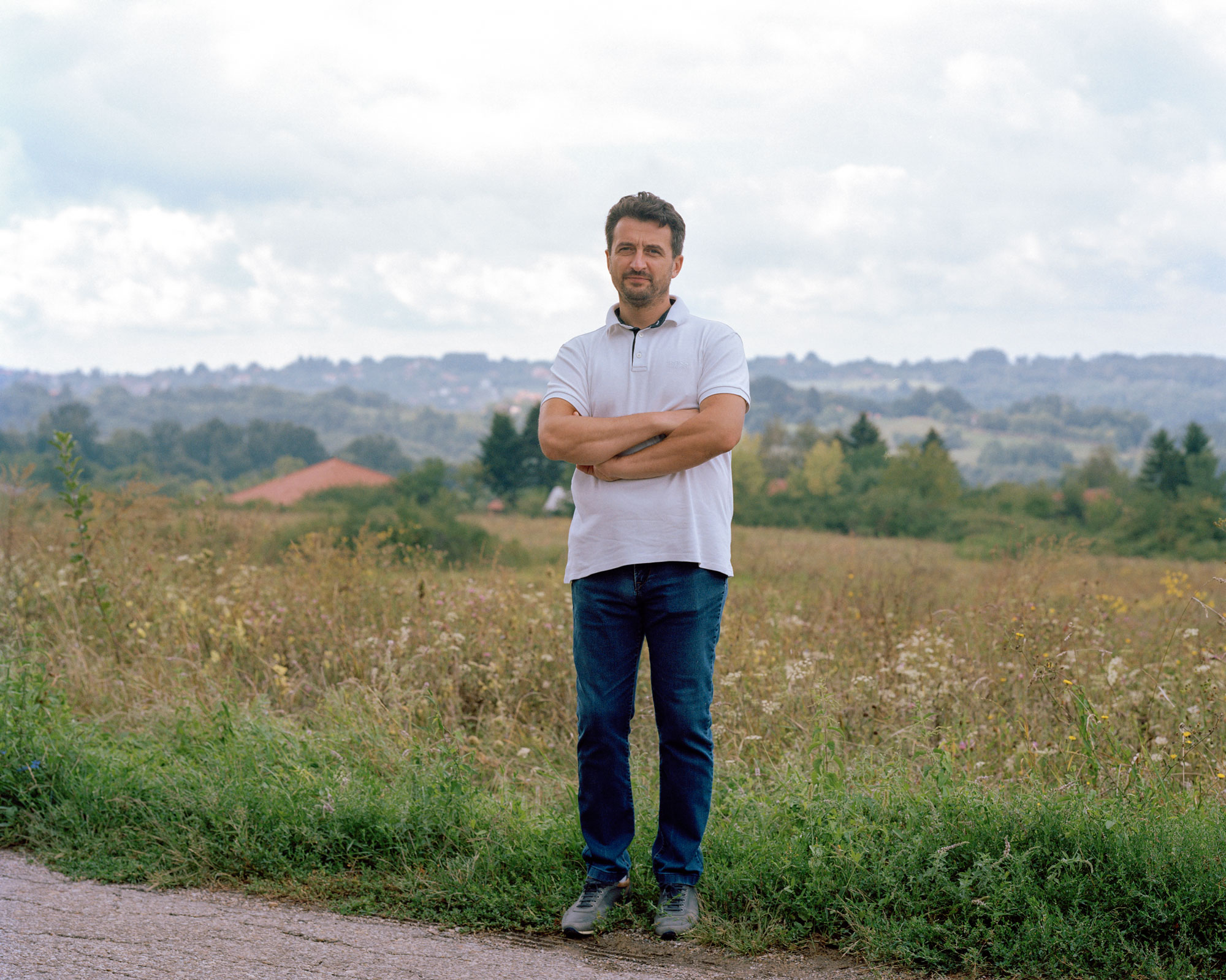 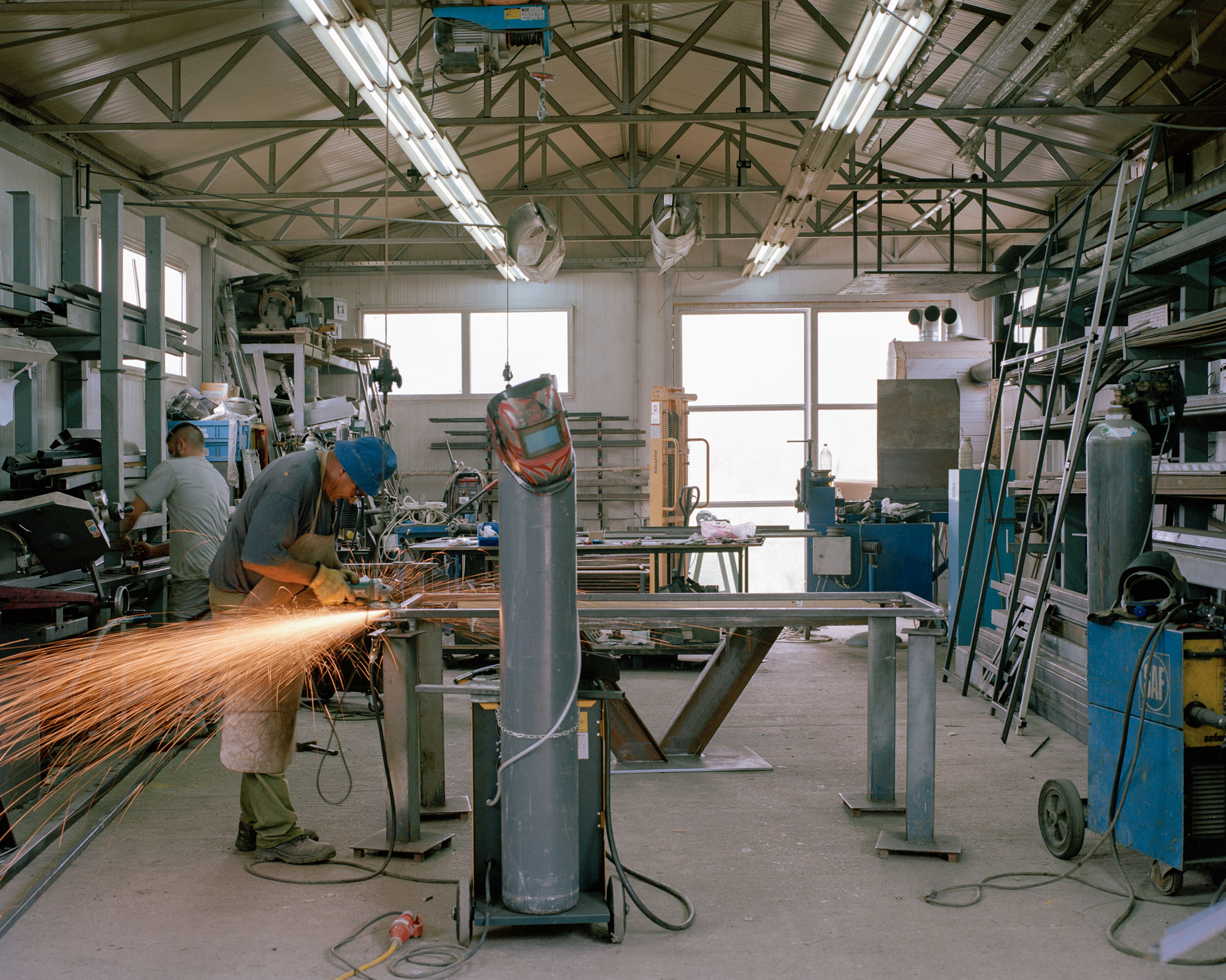 The local workshop where most of the parts for Avala House were made. 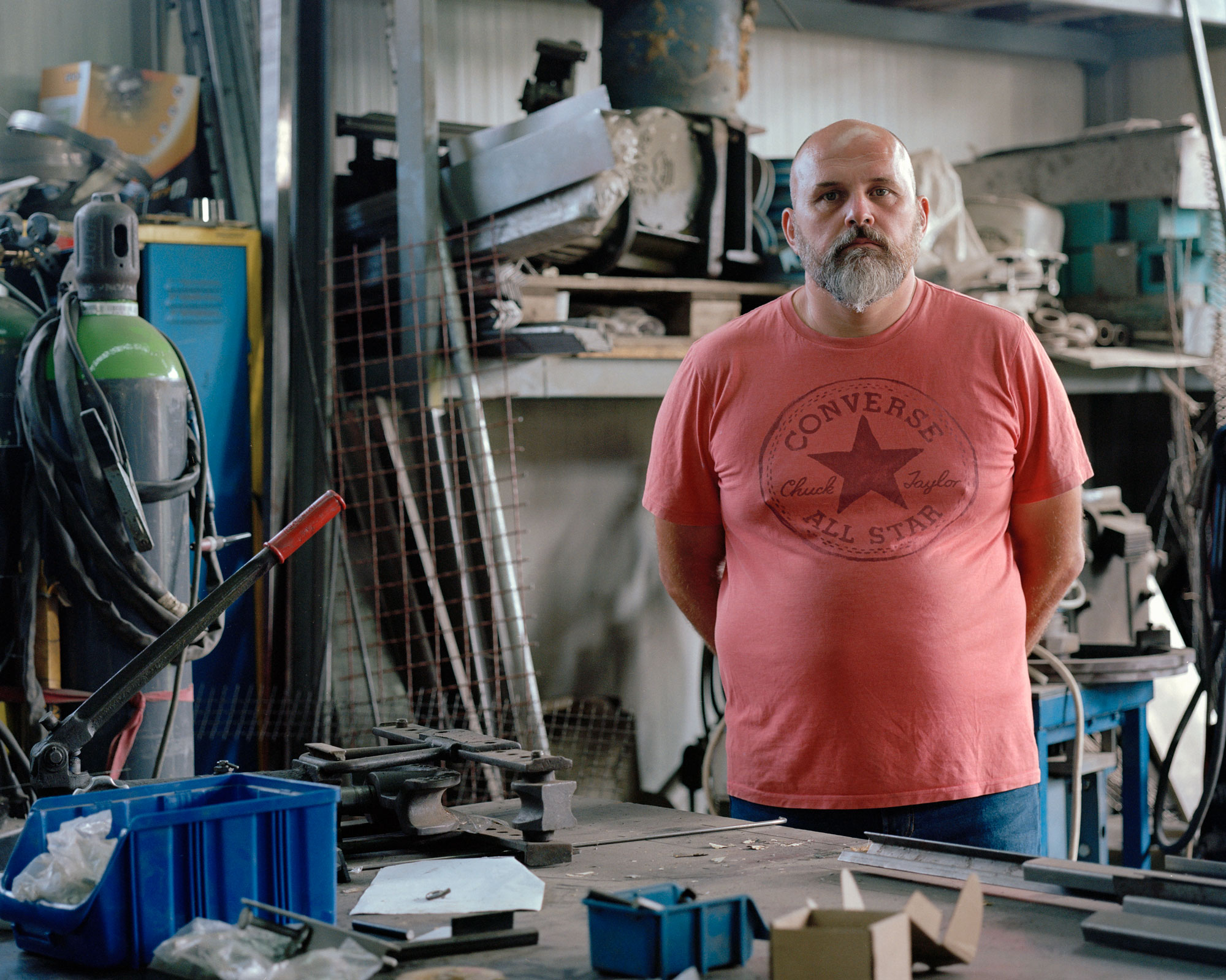 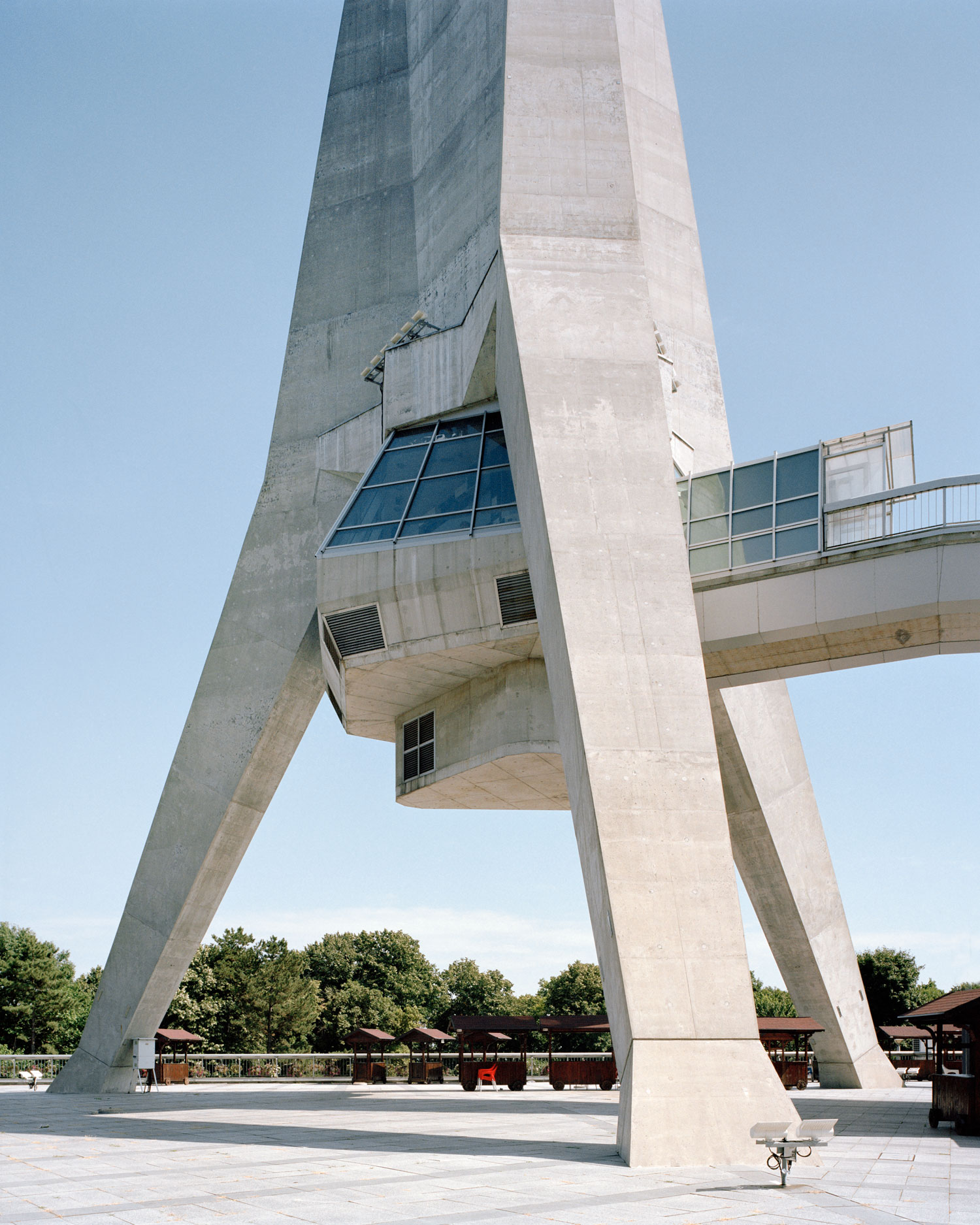 The nearby Avala Tower serves as a local architectural reference for the house. But this structure symbolises so much more, also representing a huge sense of national pride for the local Serbian community. Sitting at more than 200m tall on Mount Avala in Belgrade, the original structure was built in 1965, but it was destroyed in April 1999 during the NATO bombing of Yugoslavia. NATO intended to put Radio Television Serbia (RTS) permanently off the air for the duration of the war; however, RTS was relayed on a network of local TV stations that managed to broadcast its program throughout the whole of Serbia. In 2004, RTS commenced a series of fund-raising events to collect money for the building to be constructed once again at the same place it was destroyed. The tower’s reconstruction commenced in December 2006 and it was officially opened on 21 April 2010. 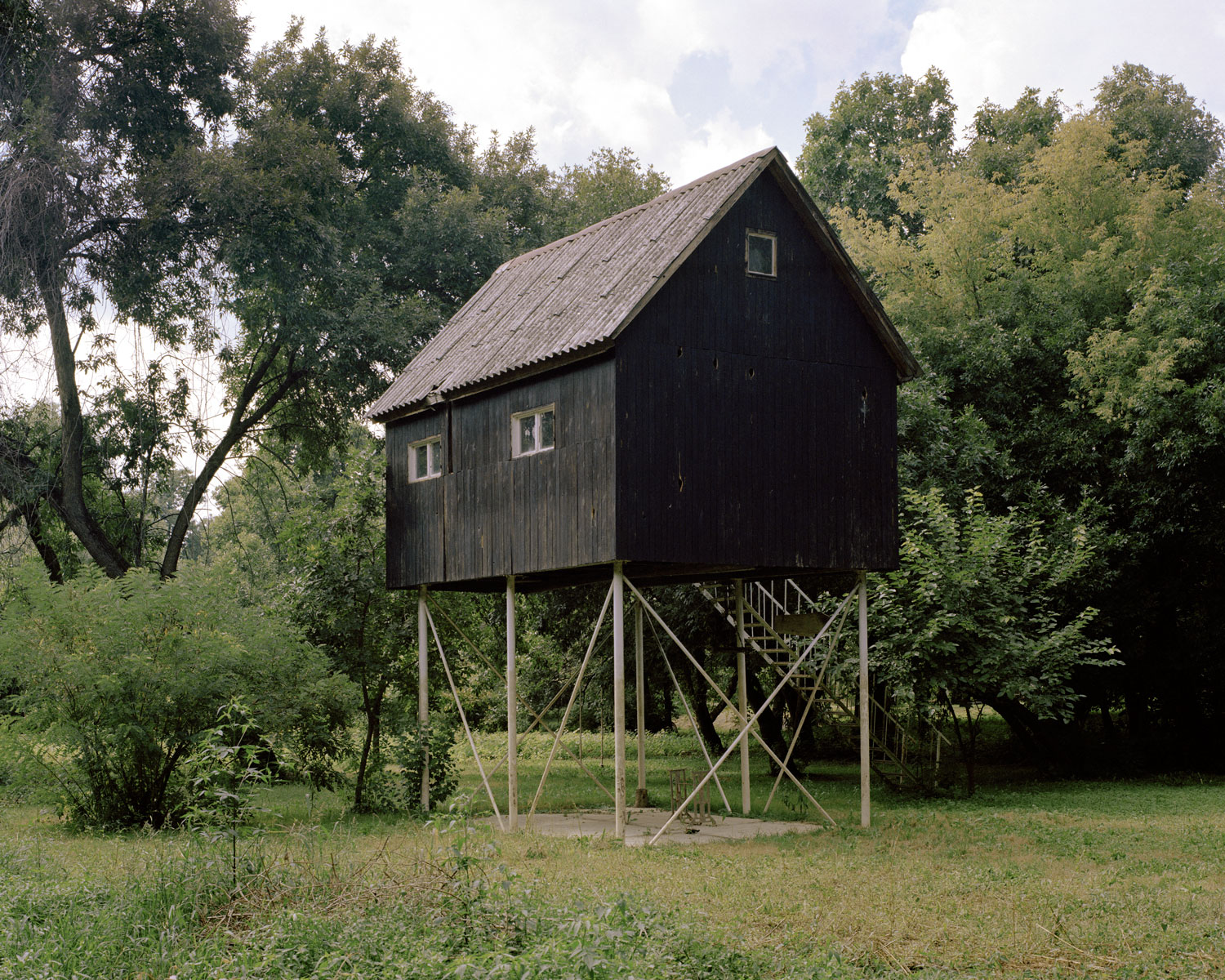 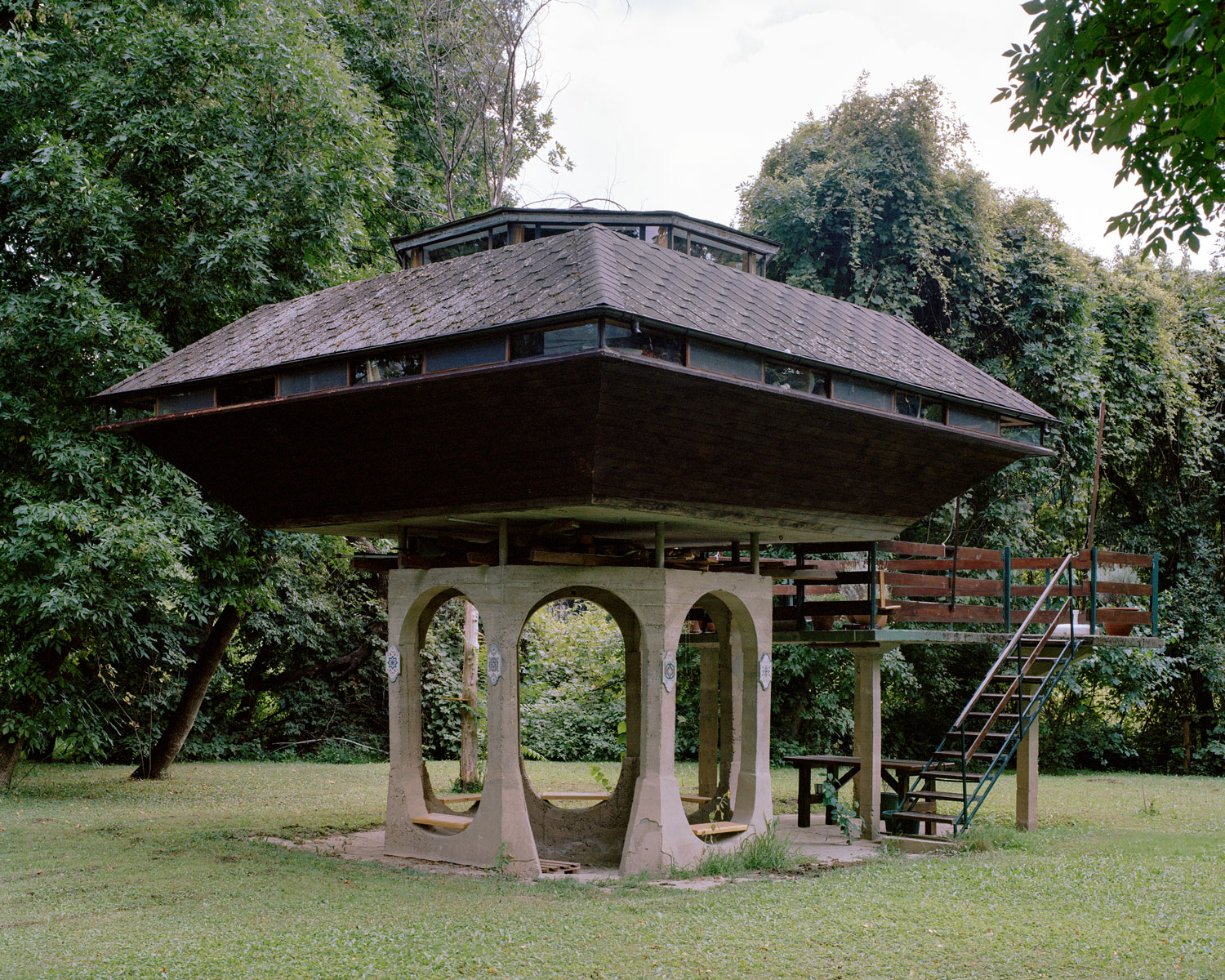 By creating a conversation with the client-driven around domestic manufacturing and skill, TEN Studio identified material resources, workshop skills and capacities all within the immediate region. New applications for local construction skills were uncovered through the process carrying on from the already rich history of Serbian and Yugoslav Modernism.

Avala House is an ideal contemporary home formed personally by the hands of local makers to create a residence rich in regional significance. My heart feels like it just grew three times bigger.