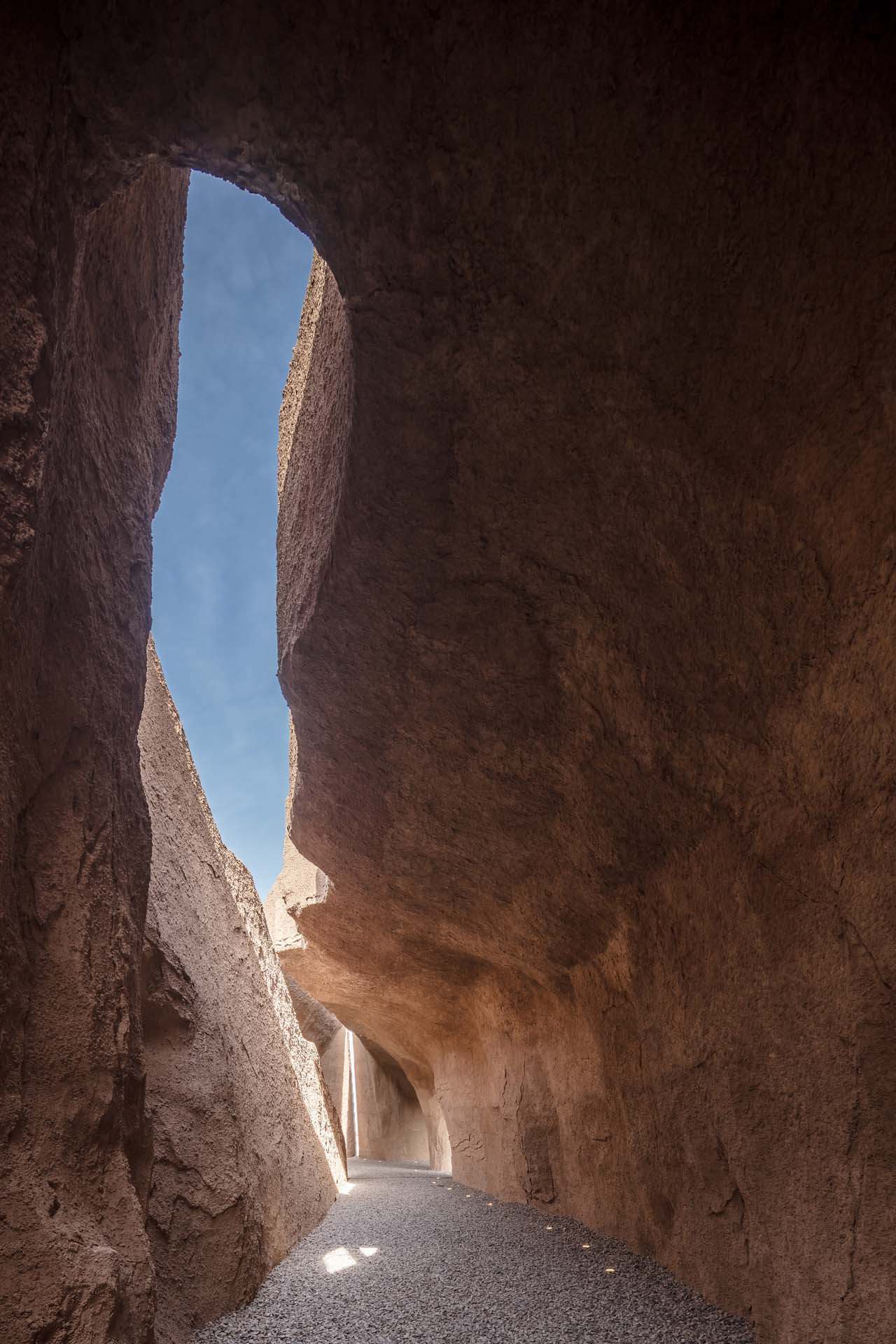 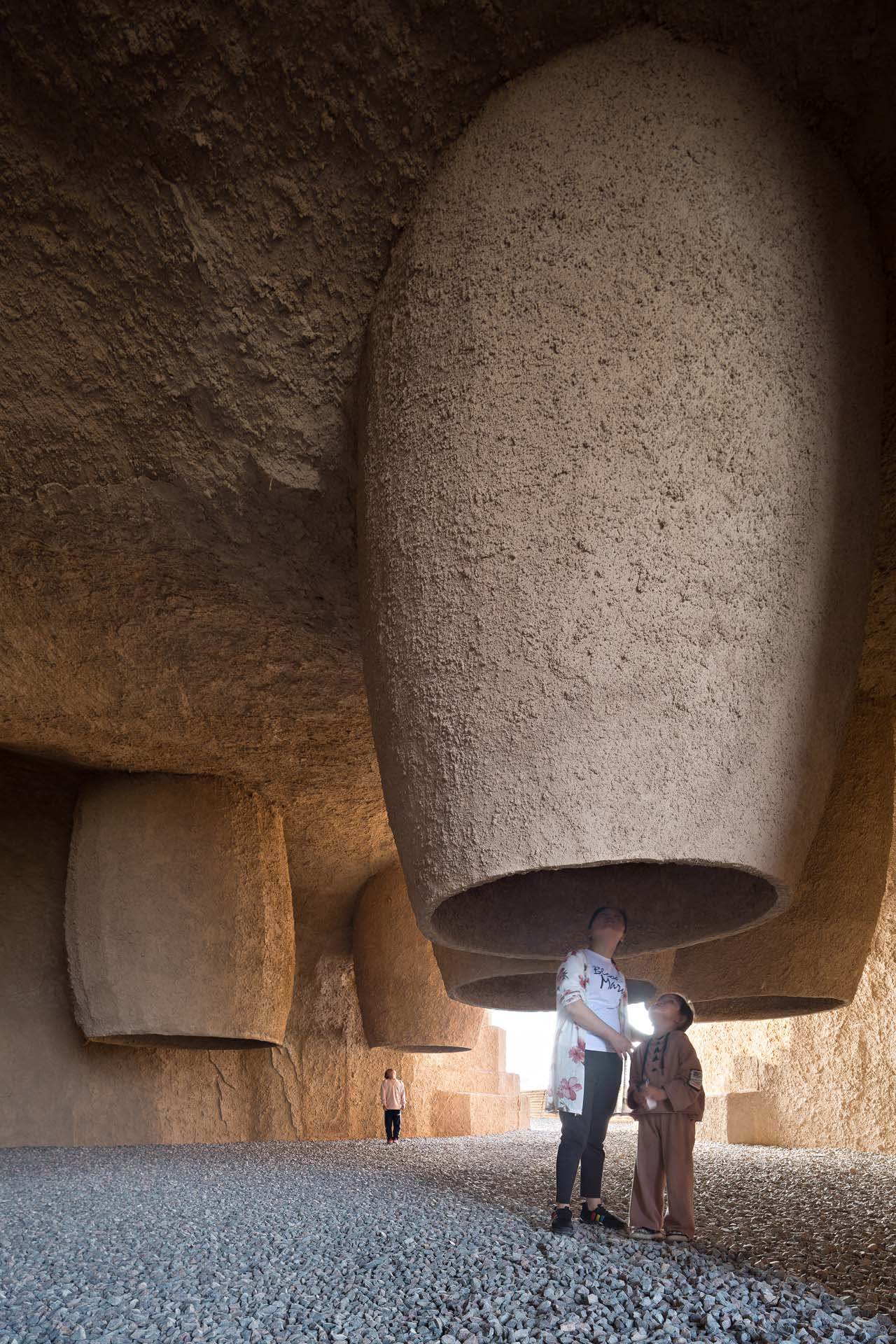 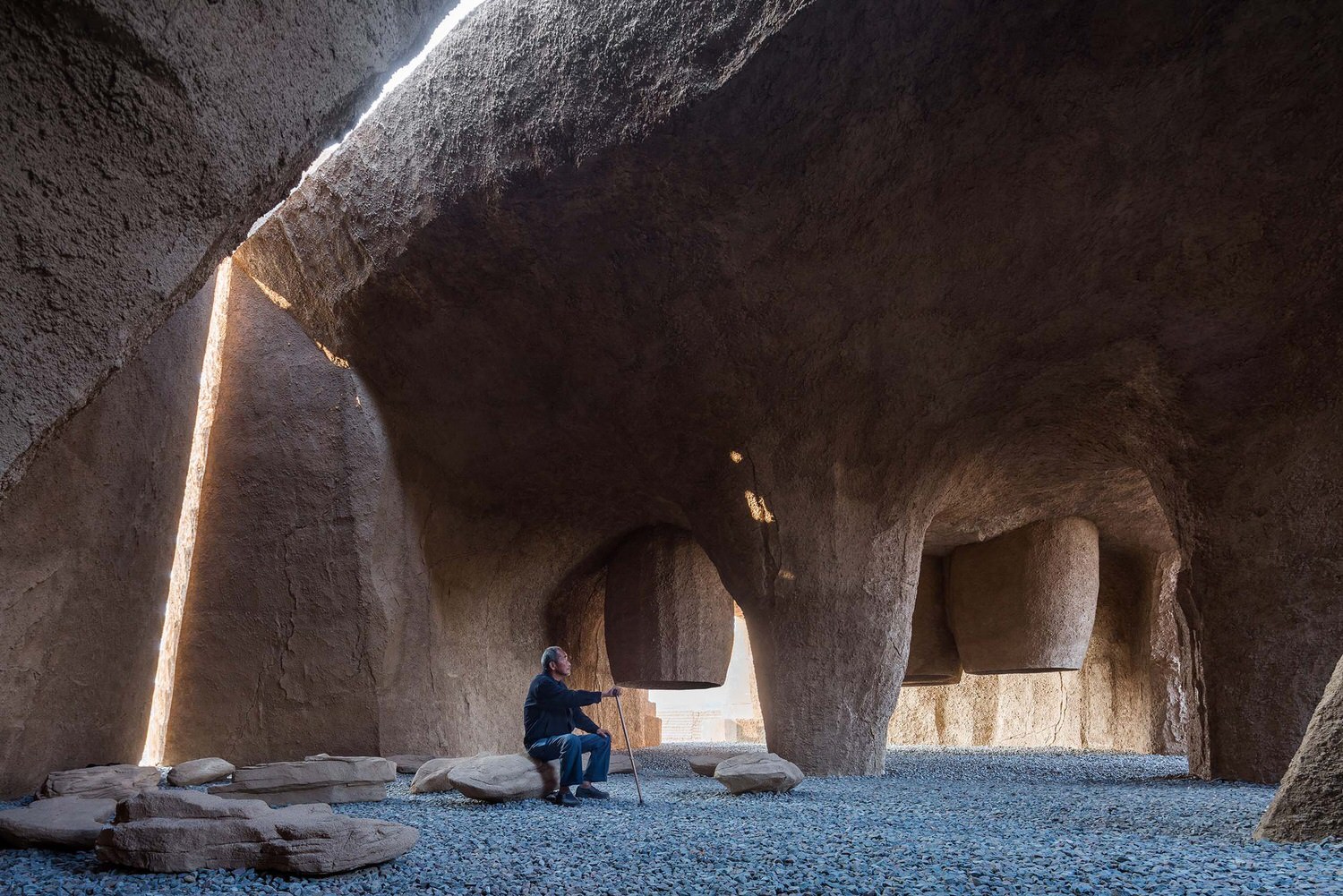 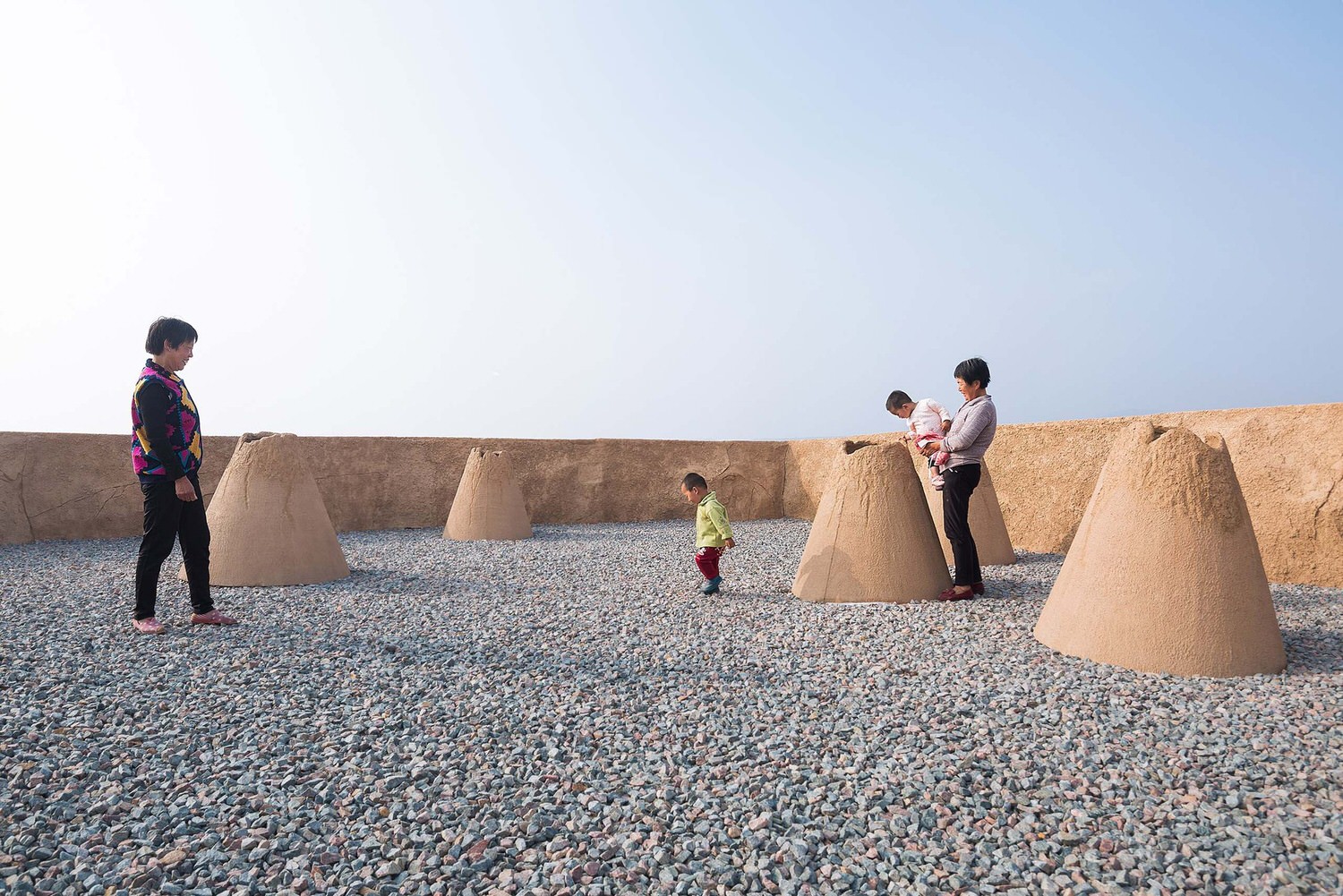 Beijing & Shenzhen-based architecture practice redesigned the former Xihoudu holy fire plaza for the 2019 Second China National Youth Games at the junction of Shanxi, Shaanxi, and Henan provinces. Considered one of the most significant archaeological sites in dating back to the Paleolithic Age, this was the place where remains of humans’ first use of fire were discovered in the 1960s. URBANUS’ new design integrates the holy fire plaza with its surroundings – a mystical, spiritual and philosophical place that reaffirms man’s integral role in nature.

The new project took place with an extremely short construction period and with intensely low temperatures. As a result, the architects creatively used GRC (Glass-Fibre Reinforced Concrete) to mimic the local soil, ensuring the new design blended seamlessly with the surrounding Loess Plateau.

The park was been designed around the theme of fire. The spaces flow into one another with a progression that follows ‘The discovery of fire’, onto ‘The rite of fire’, and culminating with ‘The conquest of fire’. Ultimately, URBANUS’ design acts as a physical manifestation of man’s relationship with nature and its role in the development of human civilization. 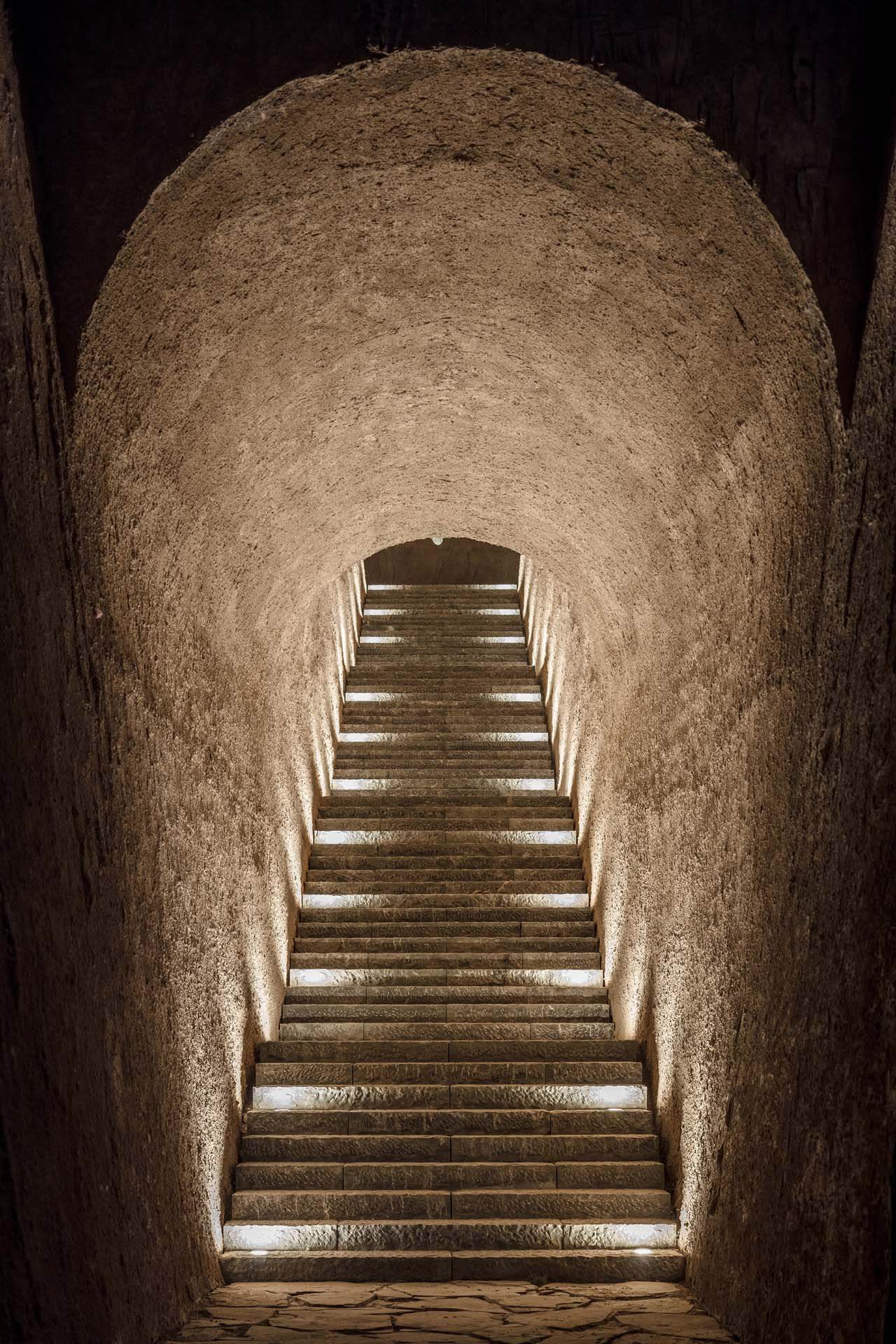 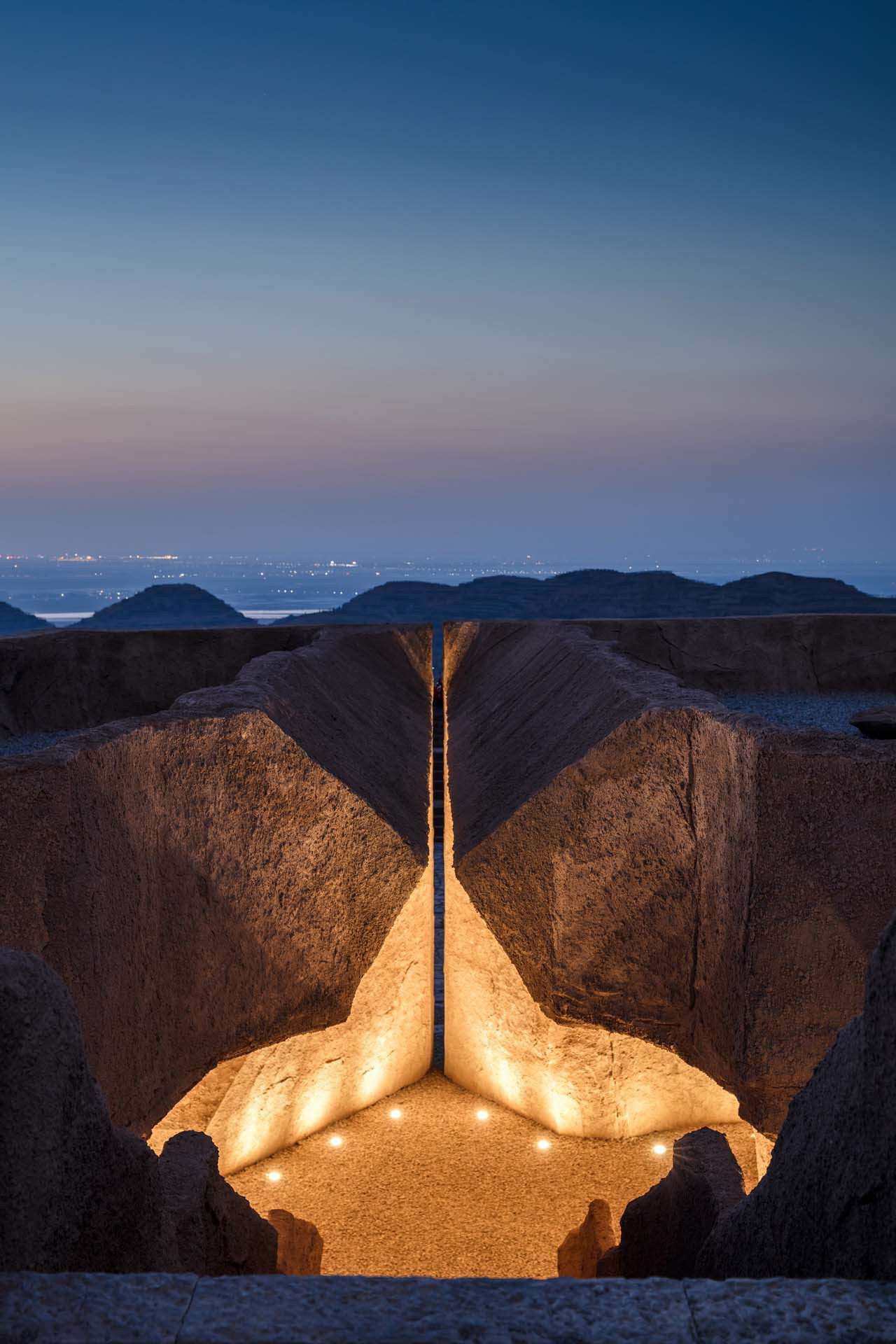 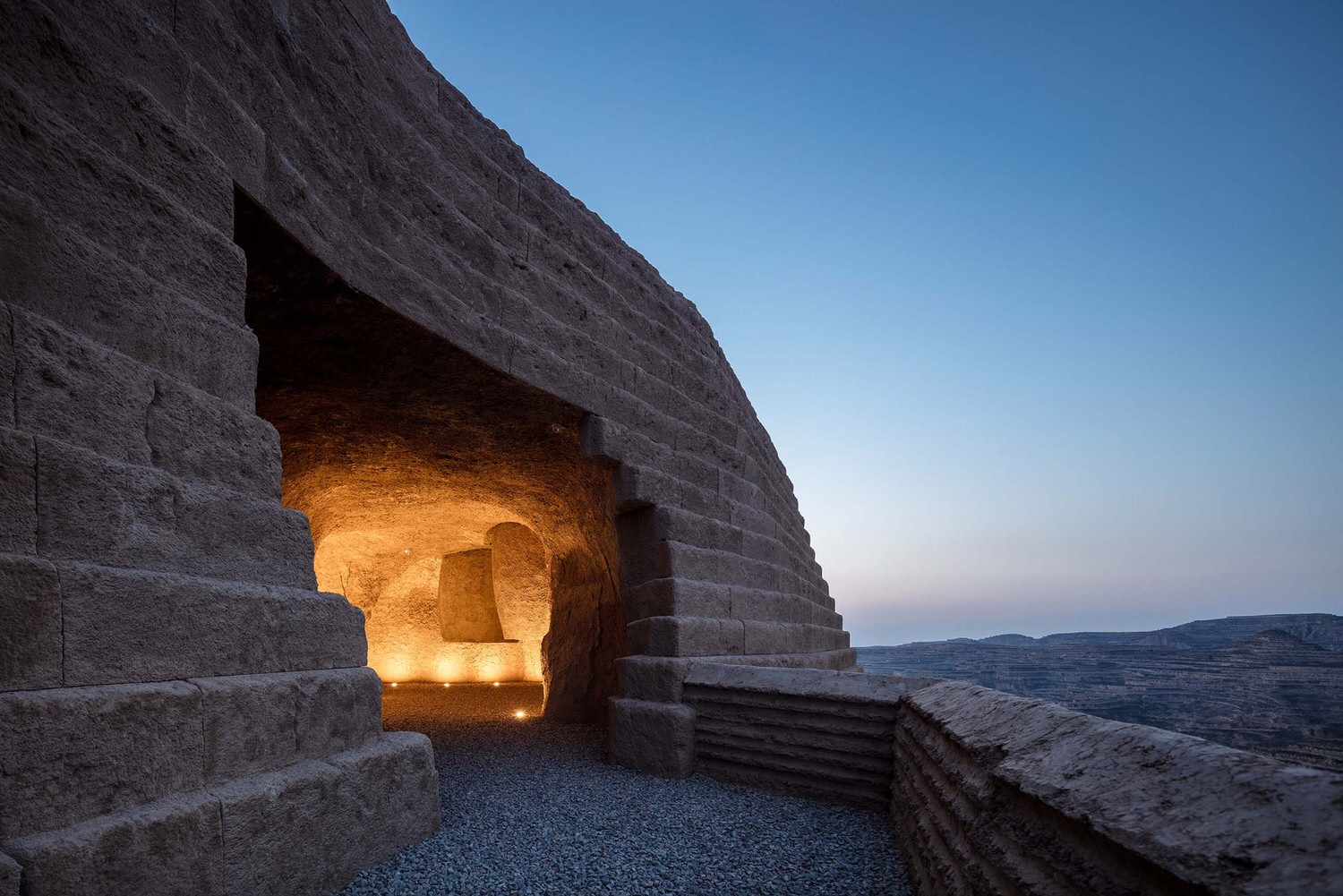 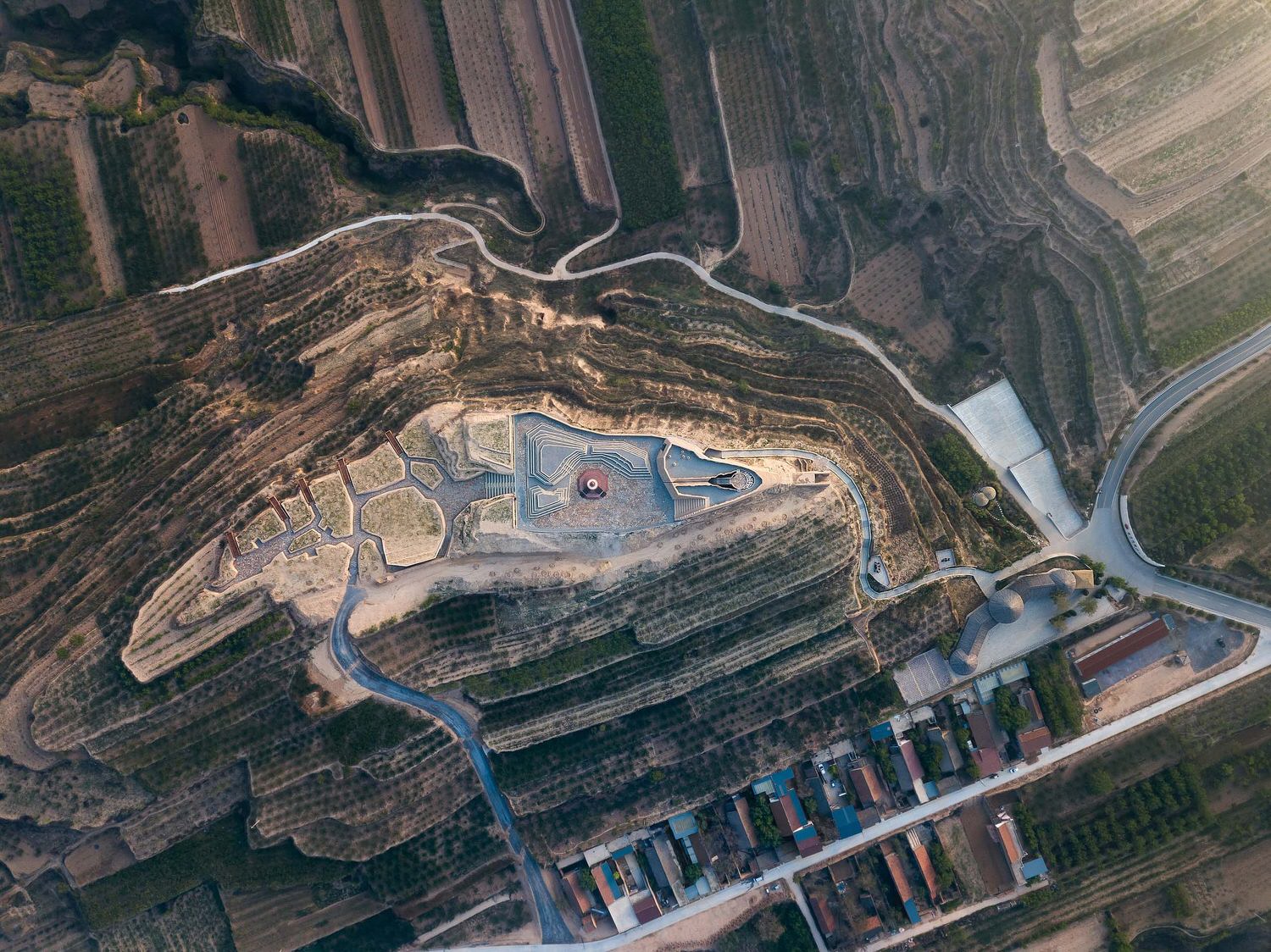 Movement throughout the project is defined by shifting atmospheric conditions, as visitors’ experience changes in scale, lighting and form. Visits begin in the original Cultural Artefacts Exhibition Gallery, as guests are ushered through an entrance located in the middle of the hill. Upon entering, the memory of the surrounding world begins to fade away with the onset of the primitive cavernous space.

Man’s discovery of fire is referenced with a beam of light that cuts through the cave. “The angle between the solar altitude and the building axis is calculated for the time of the flame gathering, creating an eye-catching moment”, explain the architects.

The stands on the Rite of Fire square reuse materials from the former plaza built-in 2016. Standing here one would easily become entranced by the surrounding sceneries of Mountain Hua and the Yellow River below. A zigzagging path, created by digging trenches, now “symbolizes man’s tough journey for the conquest of fire.” The trenches form five cantilevered platforms that hang suspended above the Loess Plateau rugged archaeological site, creating a truly breathtaking vantage point to soak up the impressive natural surroundings.