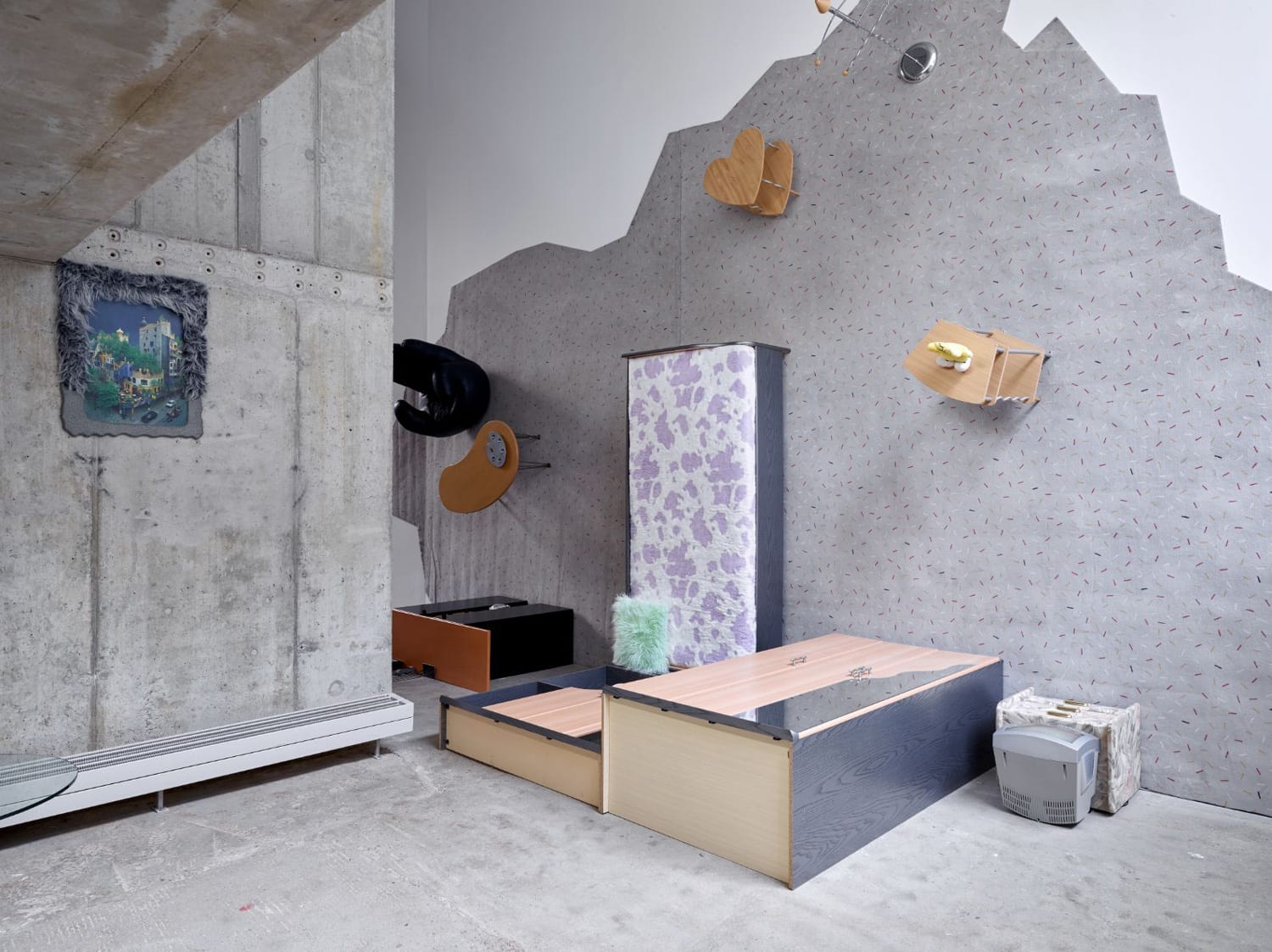 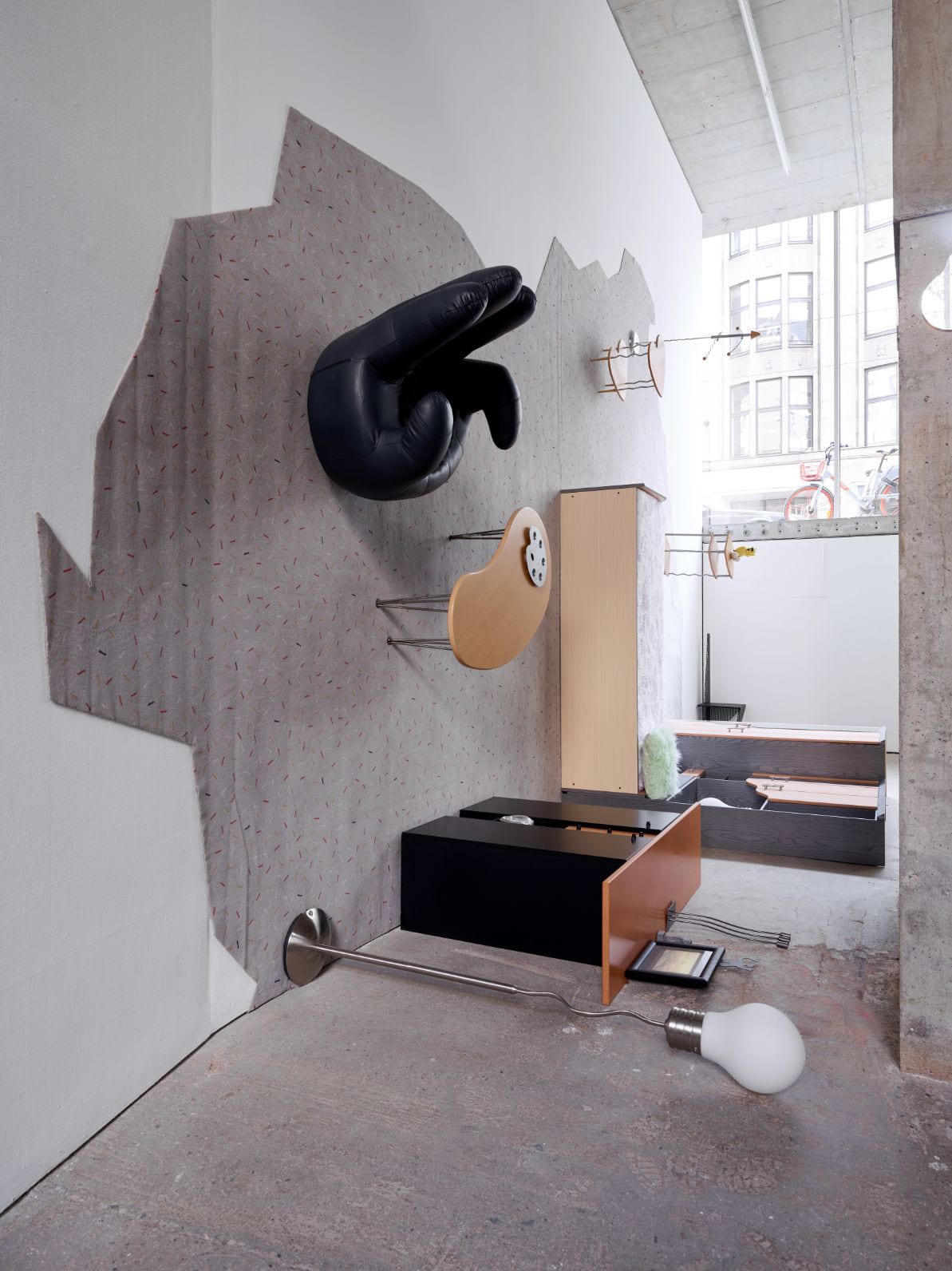 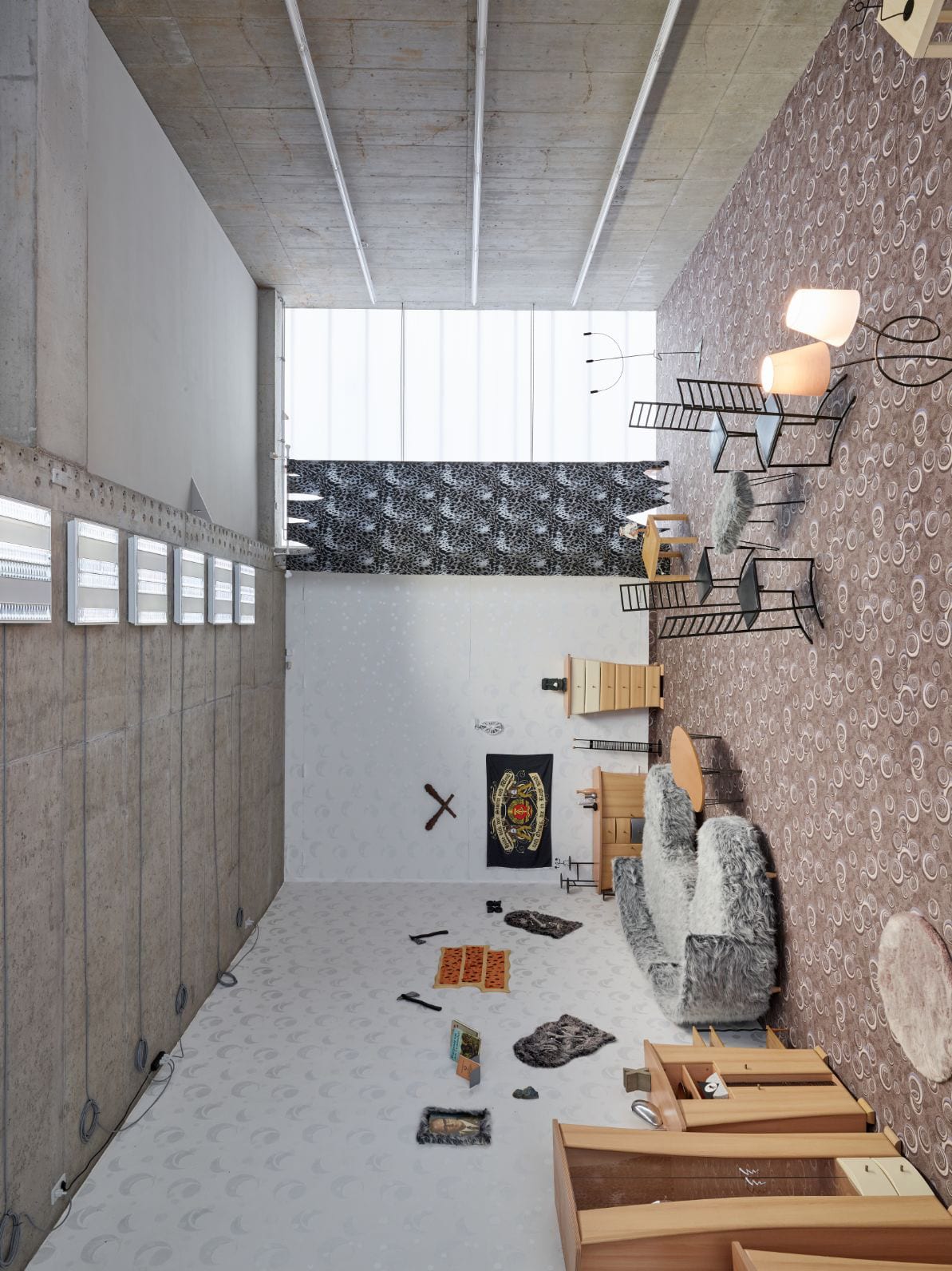 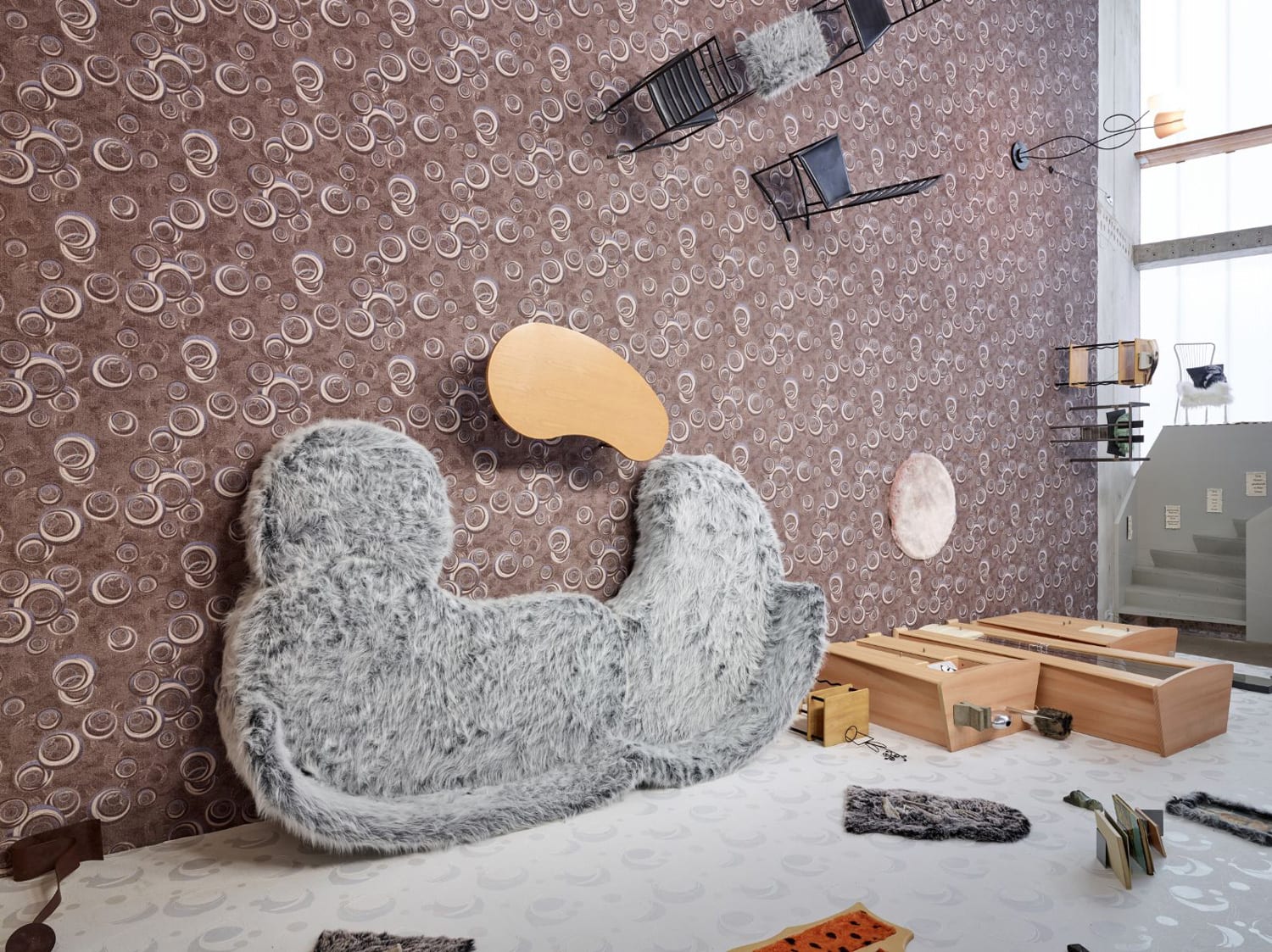 gallery has been at the same address for 10 years, and are now moving on. For their farewell show, presented her first solo Ostalgie, with nostalgic influences of yearning for life in East Germany where she grew up. The show is displayed across three levels, offering a cross sectional view of German society and politics from before the fall of the Berlin wall up until today.

Quirky, almost utopian furniture is Naumann’s mode of expression, with different scenes scattered throughout the gallery, some trippier than others. On the ground floor, furry couches, postmodern chairs, and a scattered array of interior objects appear upside down, and creeping up the walls. The effect is a little disconcerting.

Specific political references are discreetly integrated. An oil on canvas painting of featuring a horse running through a desert landscape is placed on the wall (or floor, depending which way you look at it). Breuel was the executive iron hand that famously pushed the privatisation of East Germany’s industries, and who served as commissioner general of the 2000 World’s Fair in Hannover, one of the first major international events to take place in reunified Germany. 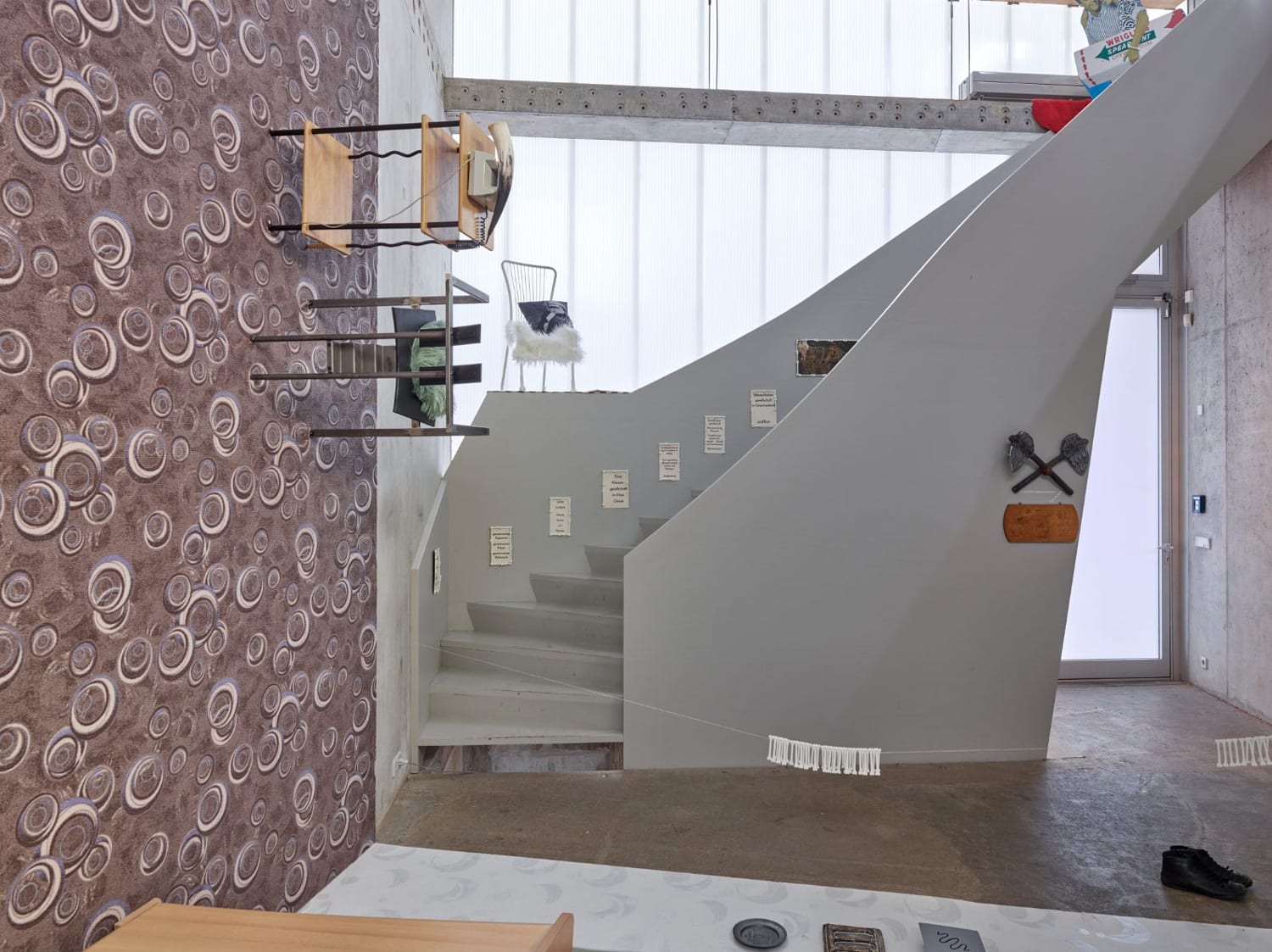 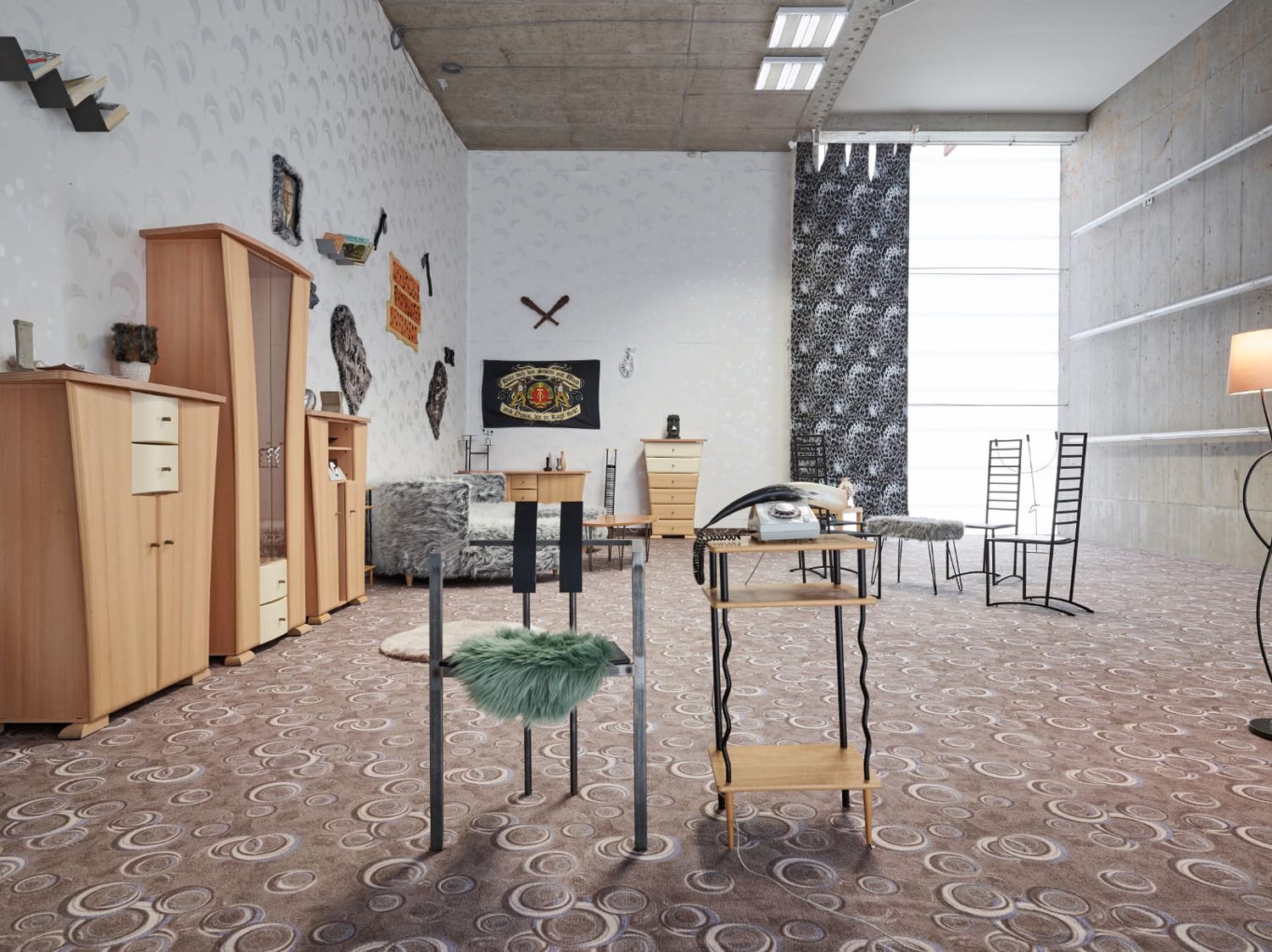 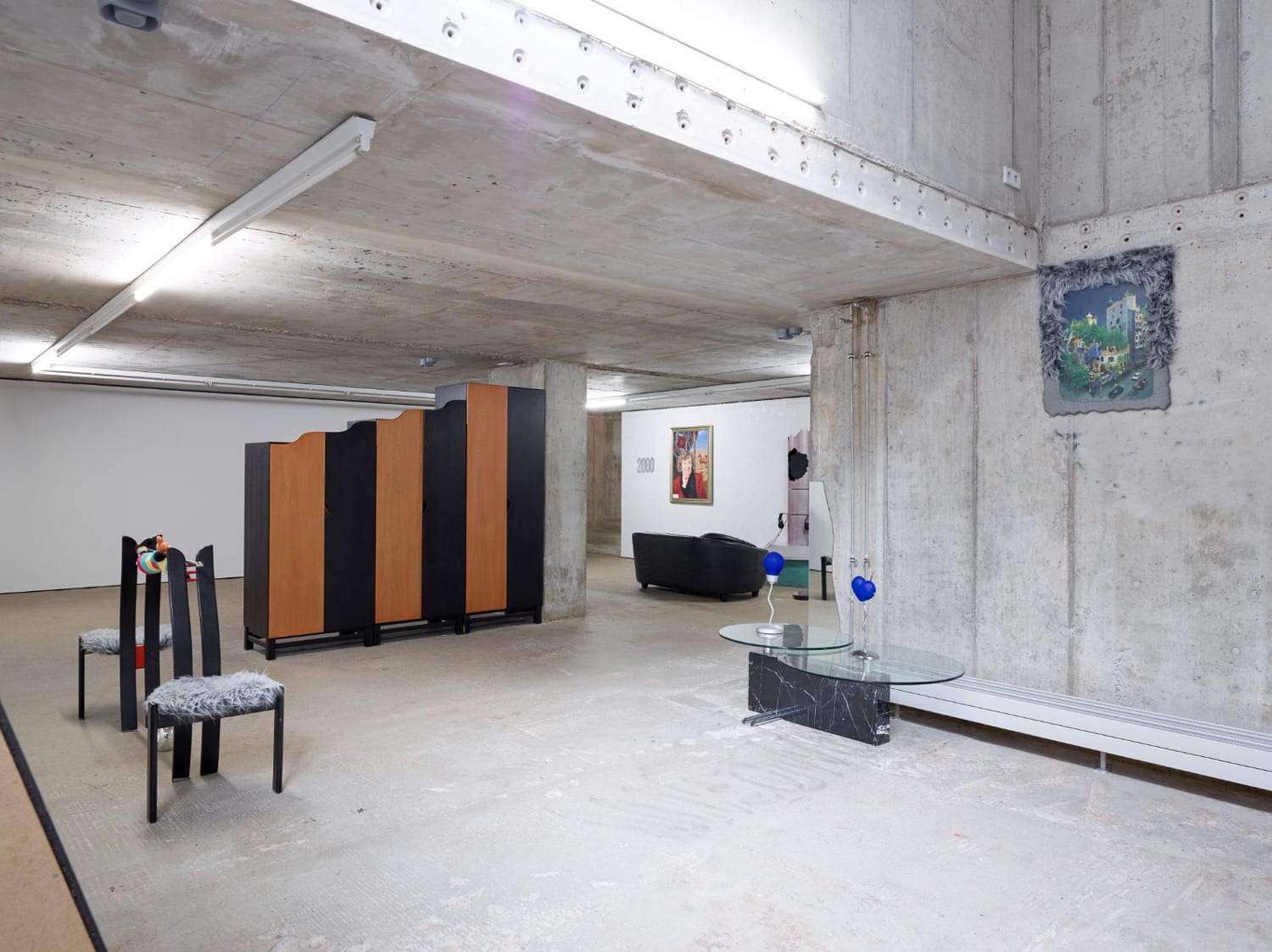 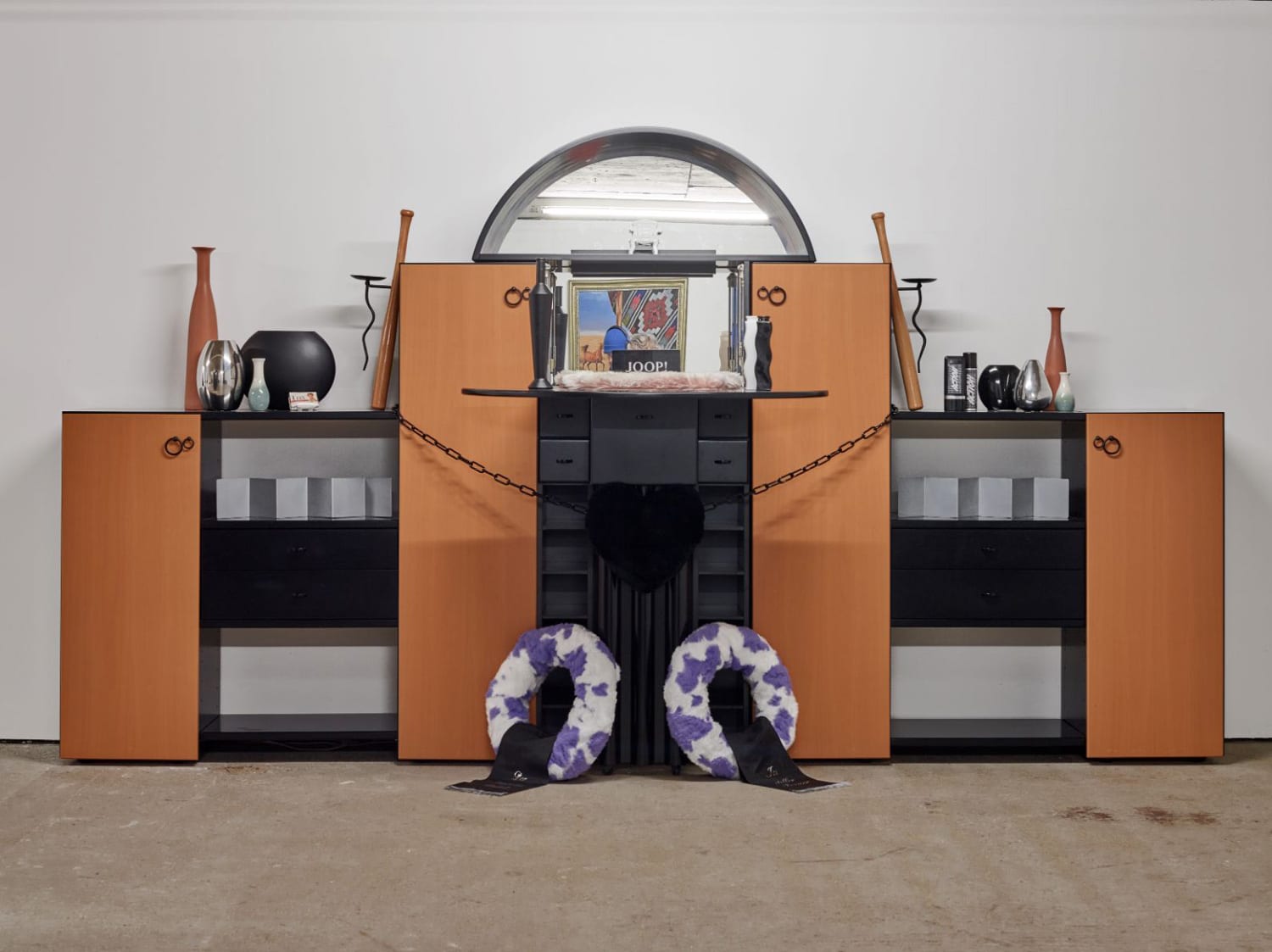 Breuel’s portrait accompanies video footage installed within a purple column depicting a hunger strike in an East German mine that was scheduled to close as a consequence of Breuel’s programme. This particular political figure presents the simultaneous impacts of a new unified Germany with the dismantling of the East.

On level one, empty purple shelves salvaged from eBay from a former East German shoe store are left bare, preserved in their mod state. The top floor references the Treuhand, an institution tasked with selling off properties that belonged to the state-owned East German industry. There is also a retrospective of her exhibition on postmodern interiors, such as the “Schrankwand” a closet wall that is a fixture in many German homes.