Haunted by the Ghosts of Guatemala’s Bloody Civil War 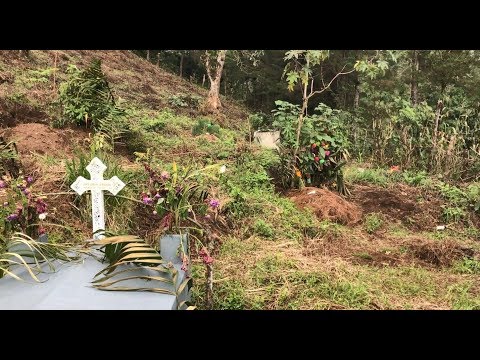 I’m in the jungles of northern Guatemala, scouting for a new public television special about world hunger — and I’m learning that extreme poverty is often rooted in conflict.

Today, I visited a cemetery that was filled with tombs dating from 1981 and 1982 — an especially violent period of Guatemala’s civil war, when the government massacred thousands of indigenous civilians. Walking through this poignant cemetery, hearing survivors tell stories of lost loved ones who were struggling for a little corn and a few beans, I felt the scars of that tragic time.

When I traveled through Central America back in 1988, a favorite song was Jackson Browne’s “Lives in the Balance.” Listening to it again, the lyrics — so painfully true back then for me — still pack a punch:

On the radio talk shows and the T.V.
You hear one thing again and again
How the U.S.A. stands for freedom
And we come to the aid of a friend
But who are the ones that we call our friends
These governments killing their own?
Or the people who finally can’t take any more
And they pick up a gun or a brick or a stone
There are lives in the balance
There are people under fire
There are children at the cannons
And there is blood on the wire

__
You can find out more about my trip to Guatemala at https://blog.ricksteves.com/blog/tag/guatemala