Designed in 2016 by NMD Nomadas, this contemporary concrete house is located in Valencia, Venezuela. 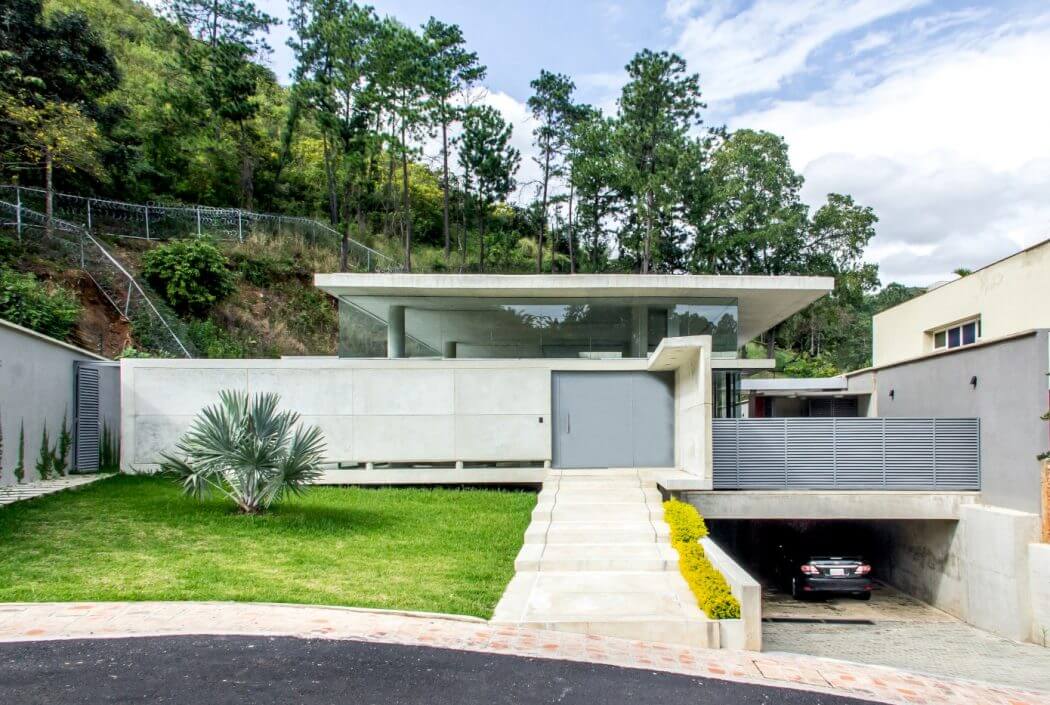 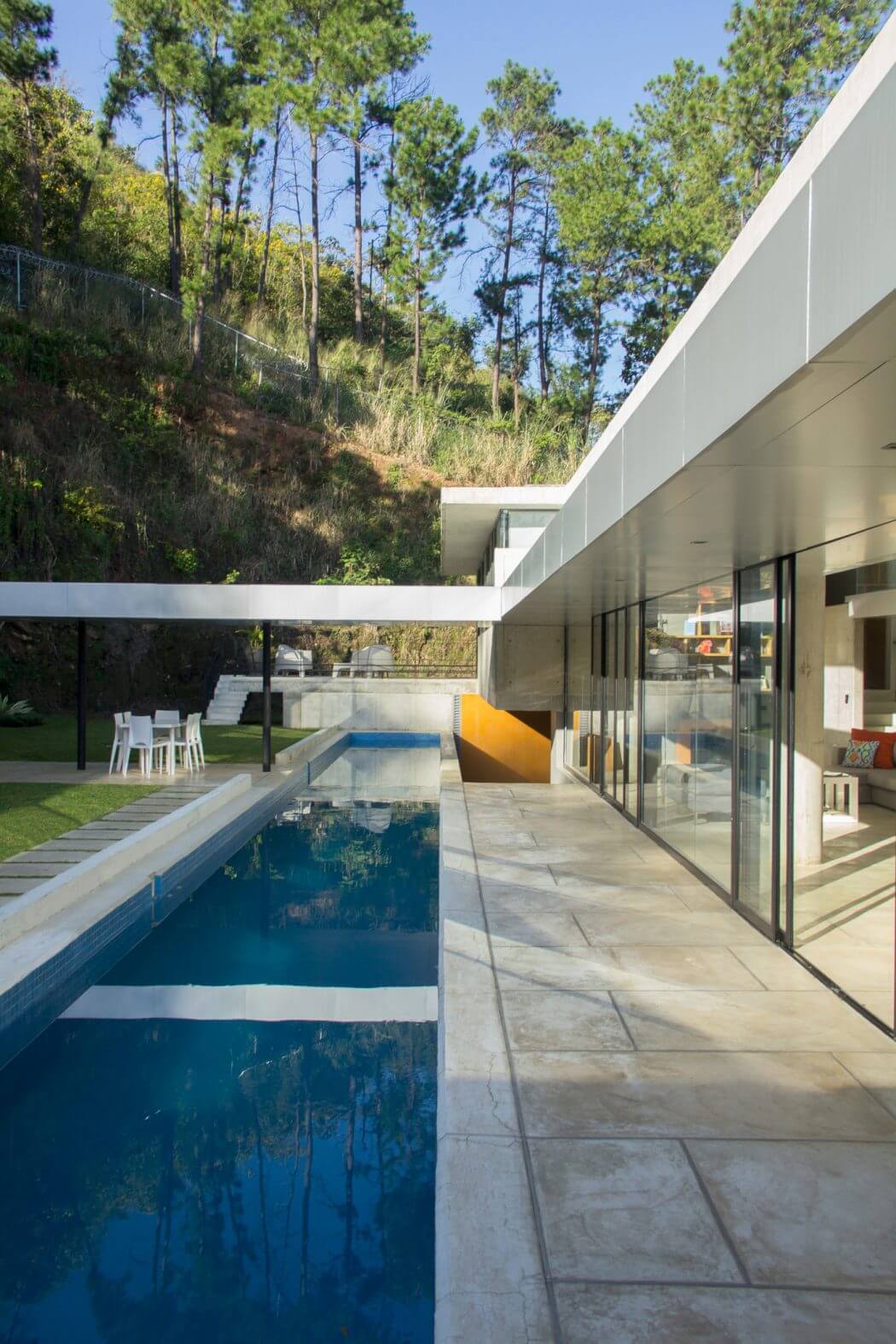 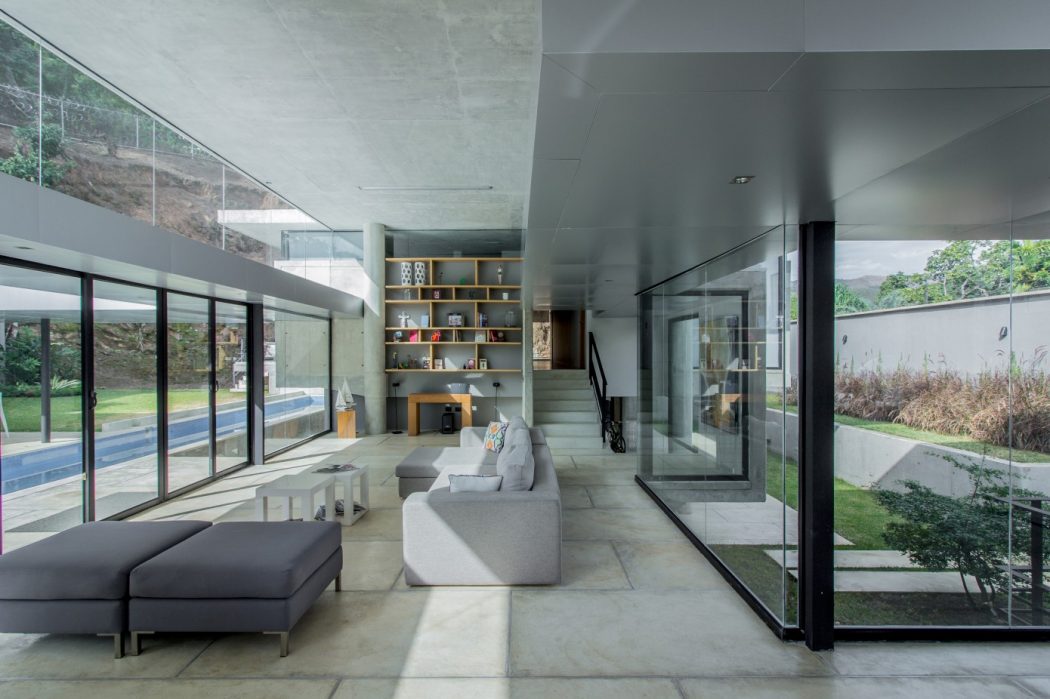 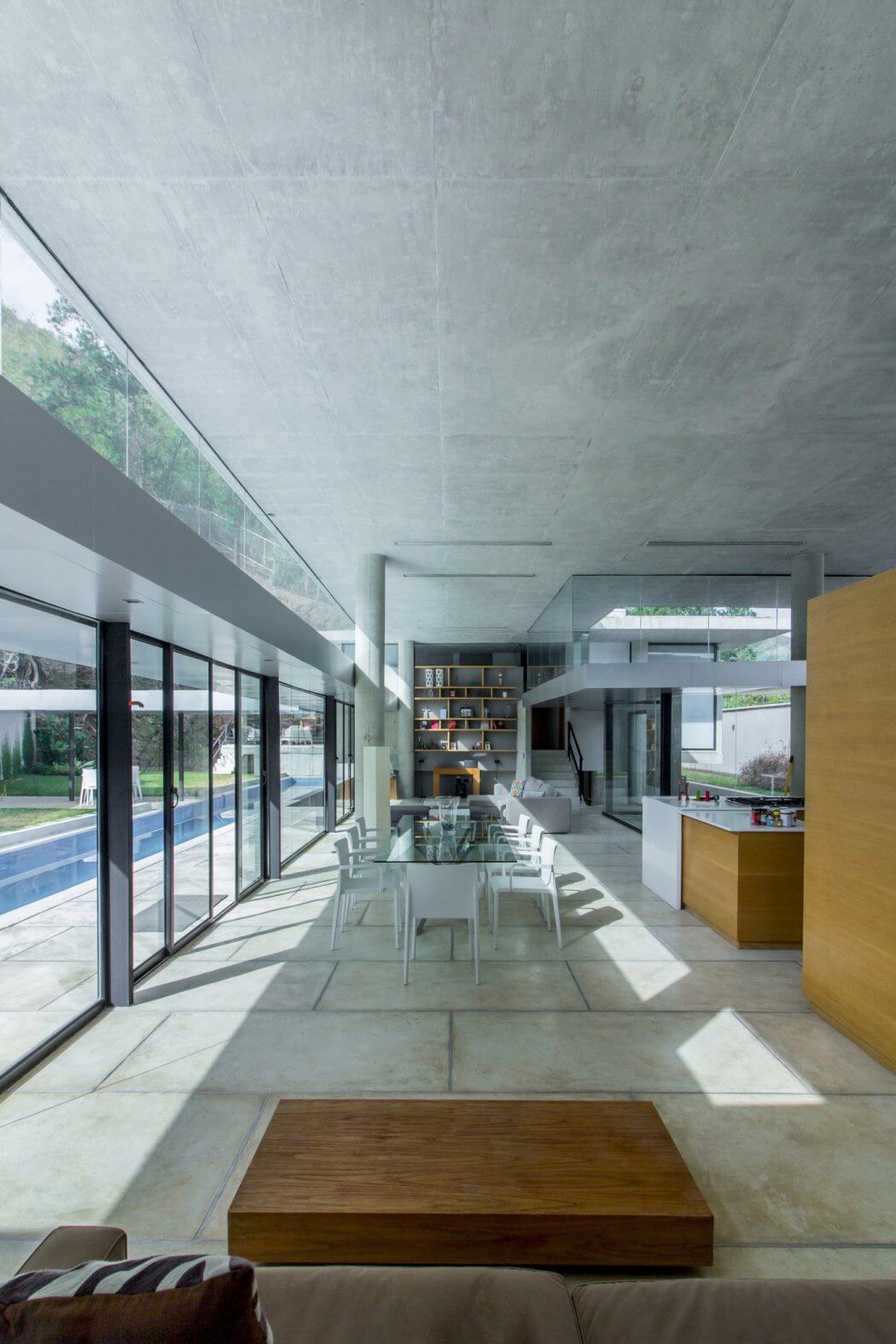 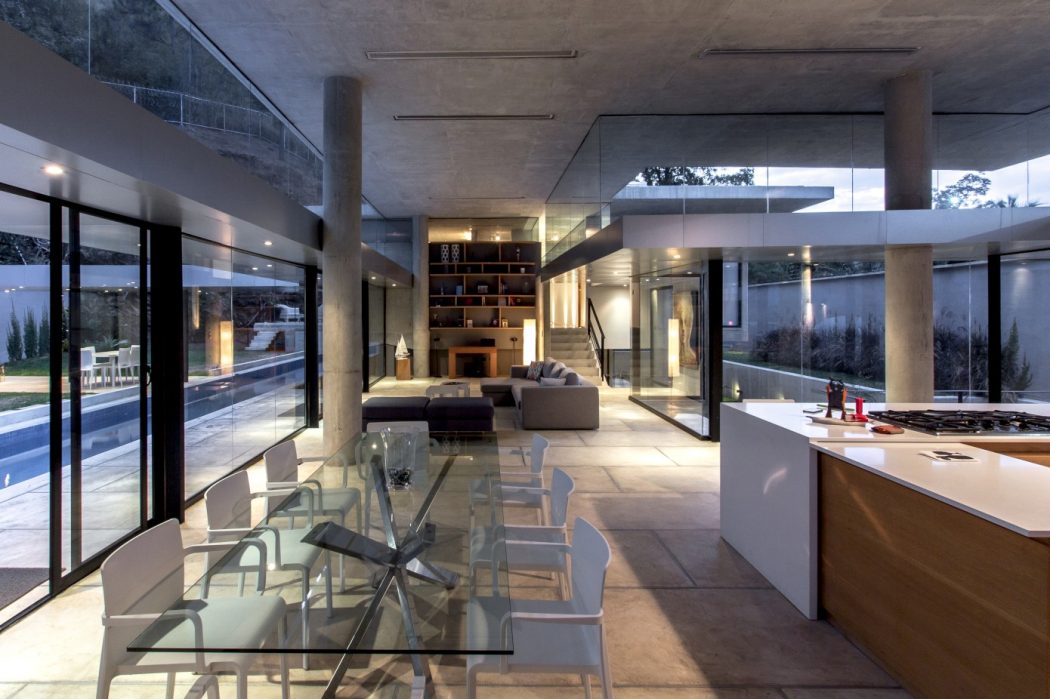 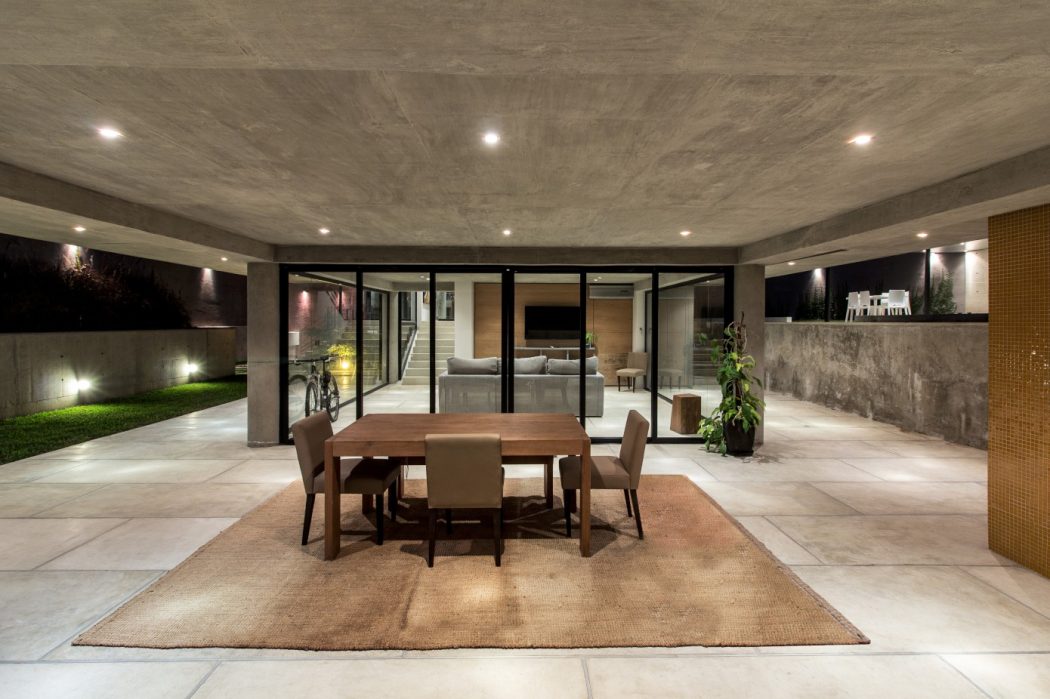 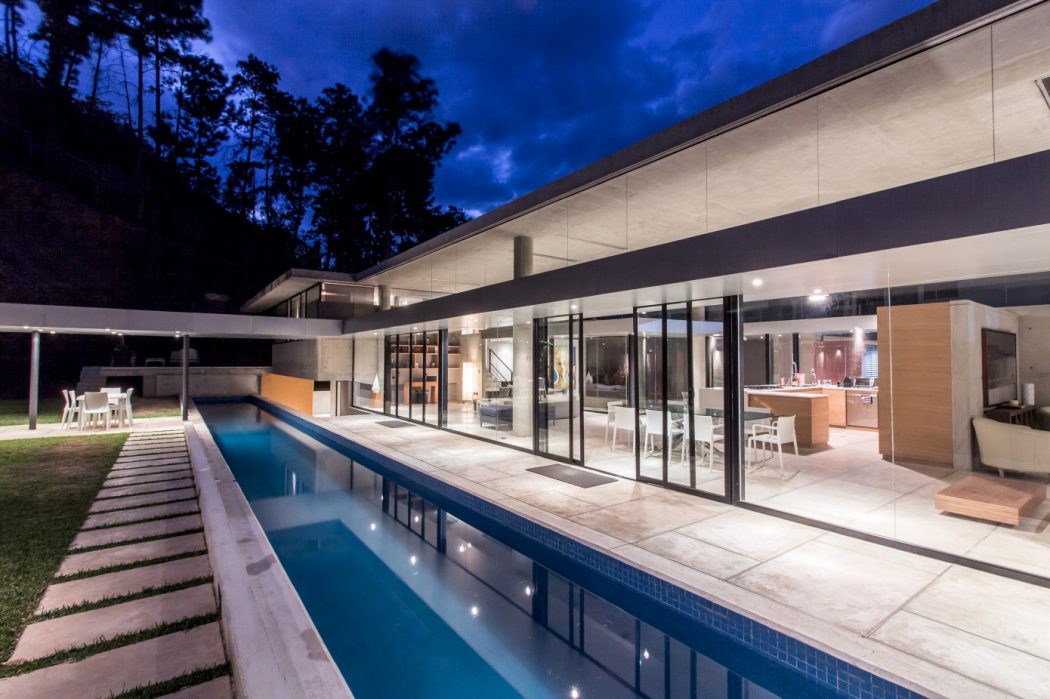 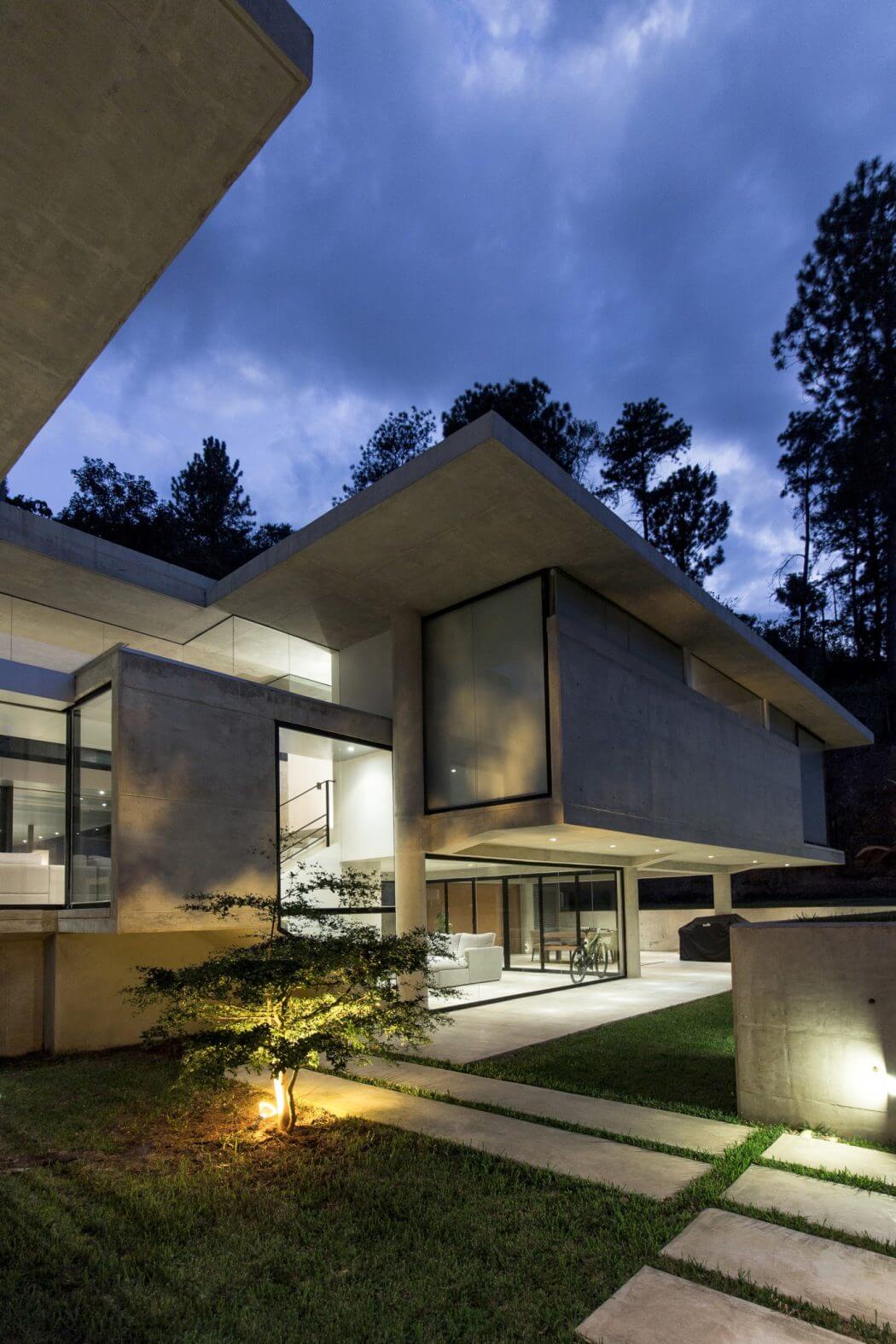 In the tropics, the rooms of a house may be inner and outer spaces overlapping each other; nature and the house are everywhere.

It also seeks to express in the house a way of being characterized by understanding the inner and outer as domestic, even in the public and the open; where the exterior and interior are continuous as an expression without barriers of that expanded domesticity.

The house is located on the grounds of an old drive-in movie theater in the city of Valencia, industrial capital of Venezuela. This drive-in movie had already shaped the terrain in an east-west direction, cutting part of the slope of a hill and introducing a slope toward what was the screen of the cinema. The house is located next to one of those cuts of the land, on the high part of the slope.

The basic idea is to provide the construction of spaces that can interact with the outside directly, linking the people with the surrounding nature and so the house does not become an airtight case that loses its connection to the outside, and also respecting the natural relief of most of the terrain.

The strategy implemented in Guaparo House is to conceive the interior spaces as external and vice versa; therefore it is presented as a succession of unfolded interiors and exteriors sliding rooms:

– Two contained patios point out, with nature and light, the border between the private and the social.

– A swimming channel accompanies it in its lengthwise course.

– A half underground and covered terrace, as a plaza, will be the scene of multiple activities in which the intention of an open air cinema, in direct contact with the green areas, prevails.

This succession of interiors and exteriors is accompanied by a horizontal ribbon that comes in and out, defining and showing the sliding rooms, enabling the interior-exterior domesticity.