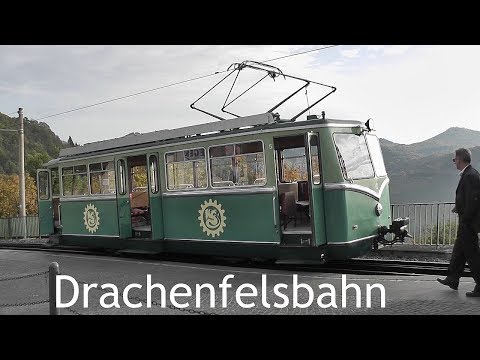 The Drachenfels (“Dragon’s Rock”) is a hill of 321 metres (1,053 ft) in the Siebengebirge uplands between Königswinter and Bad Honnef. The hill was formed by rising magma that could not break through to the surface, and then cooled and became solid underneath. It is the subject of much tourism and romanticism. It overlooks the river Rhine.

The ruined castle Burg Drachenfels, on the summit of the hill, was built between 1138 and 1167 by Archbishop Arnold I of Cologne and bears the same name. It was originally intended for the protection of the Cologne region from any assault from the south.