Franklin Residence is a located in Portsea, Australia, designed in 2021 by Ola Studio. 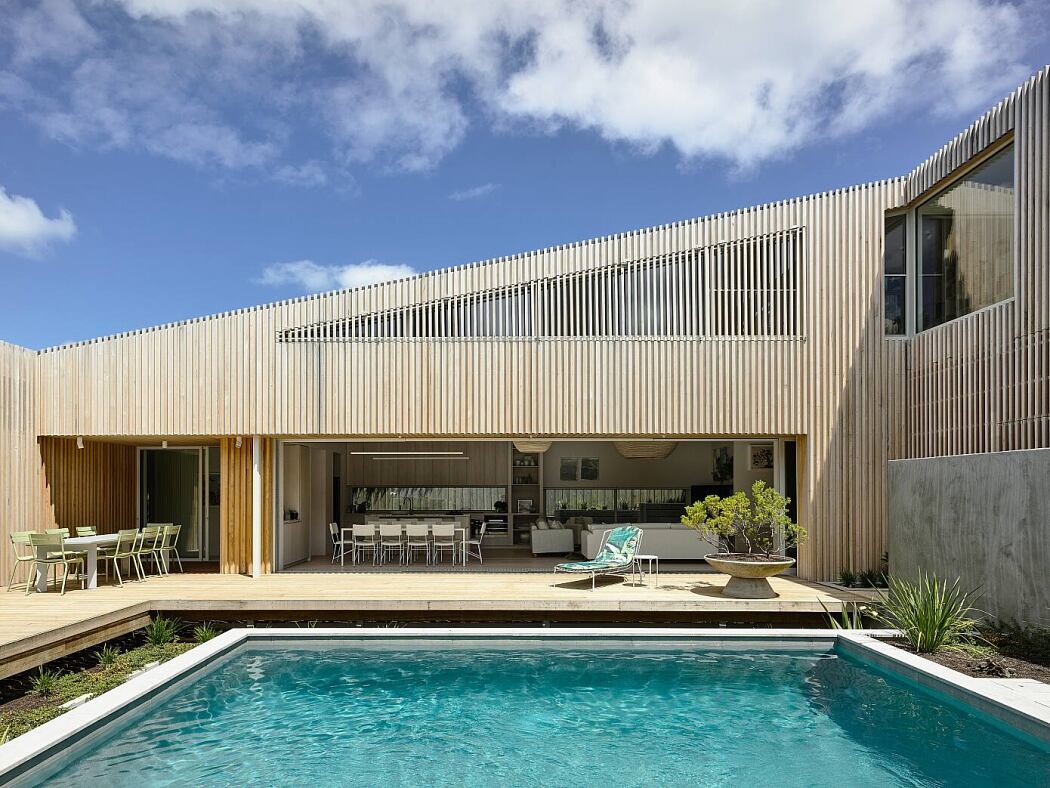 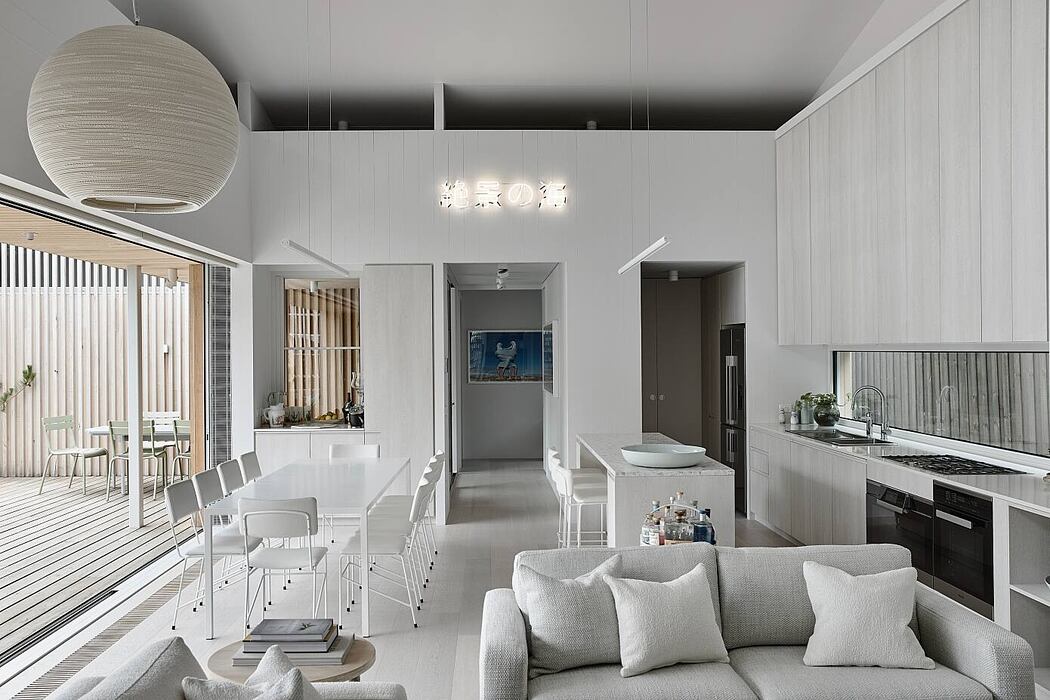 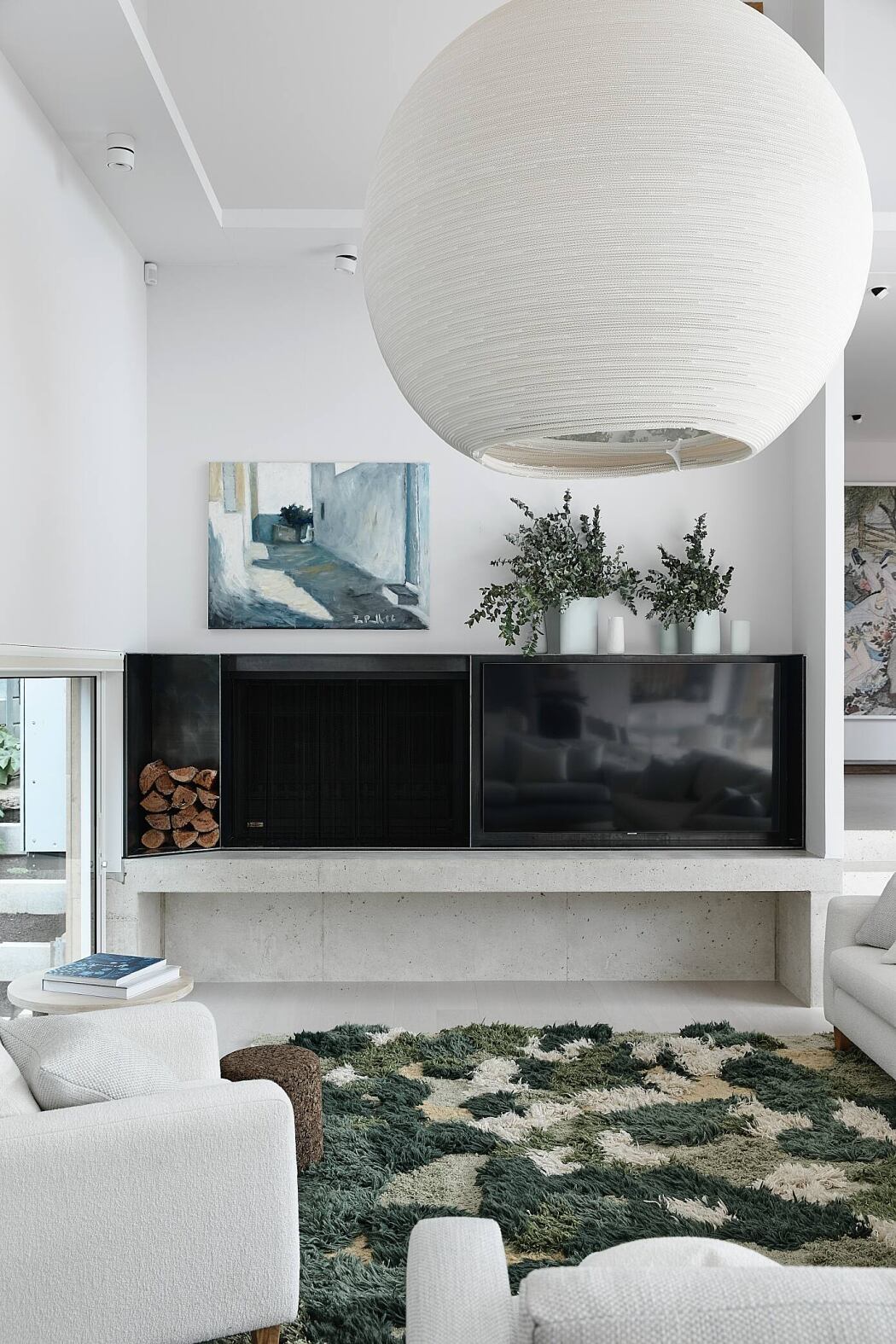 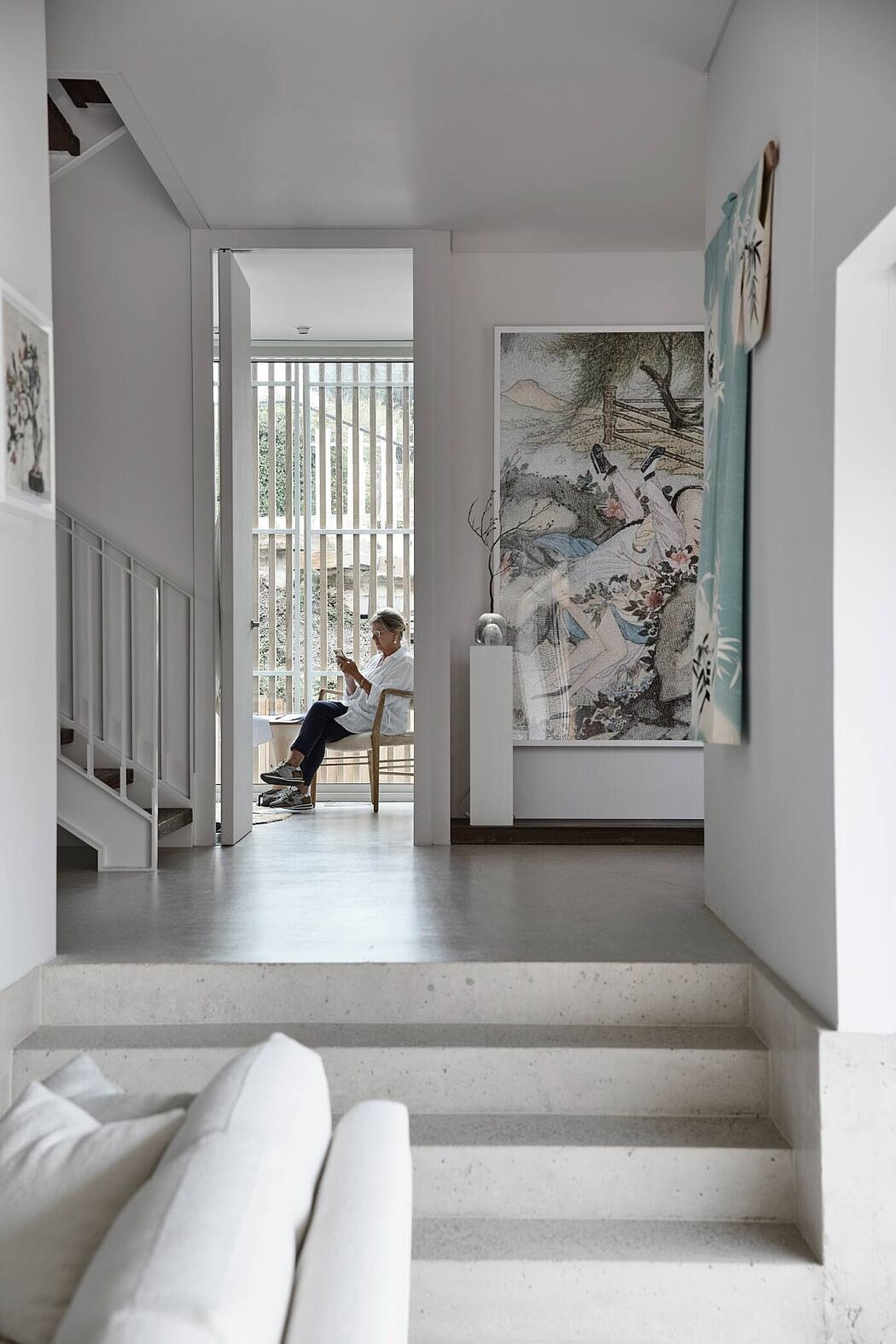 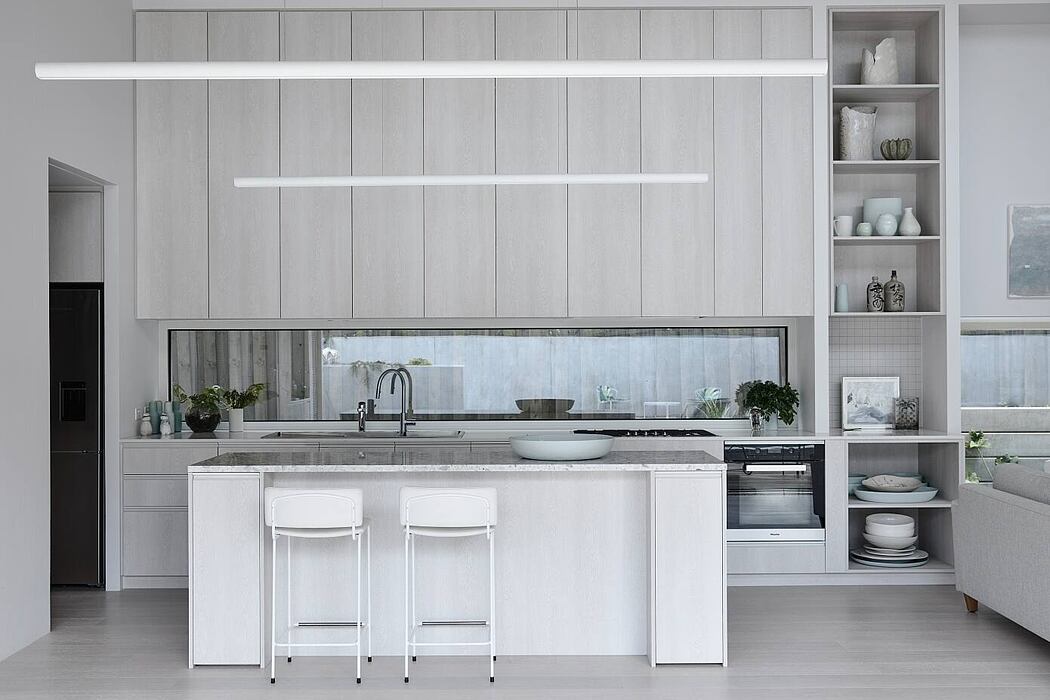 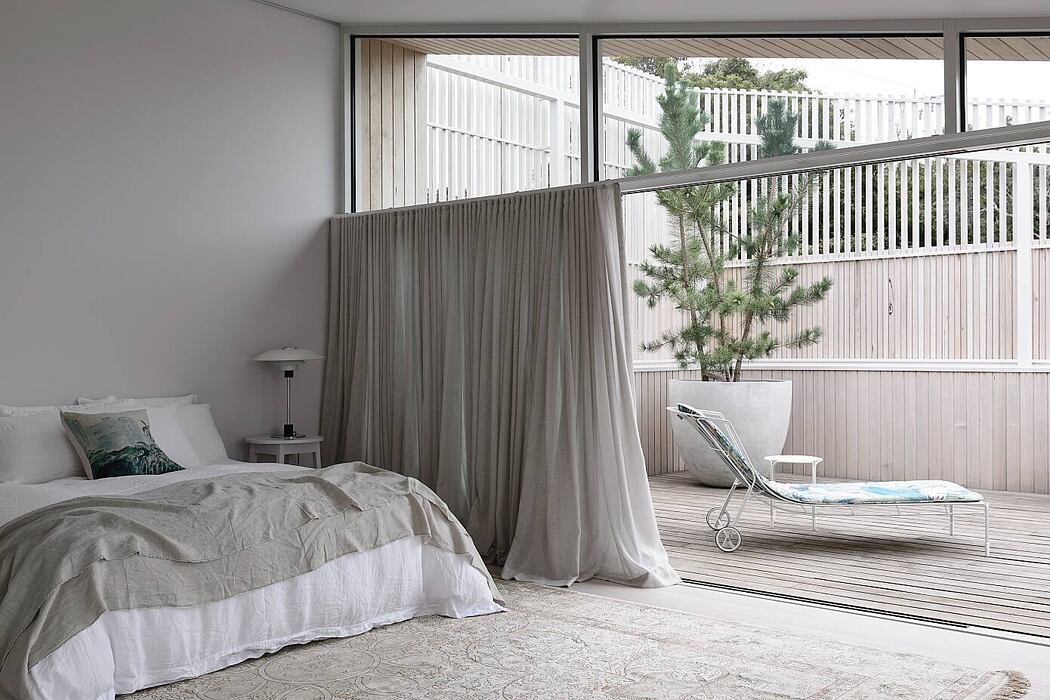 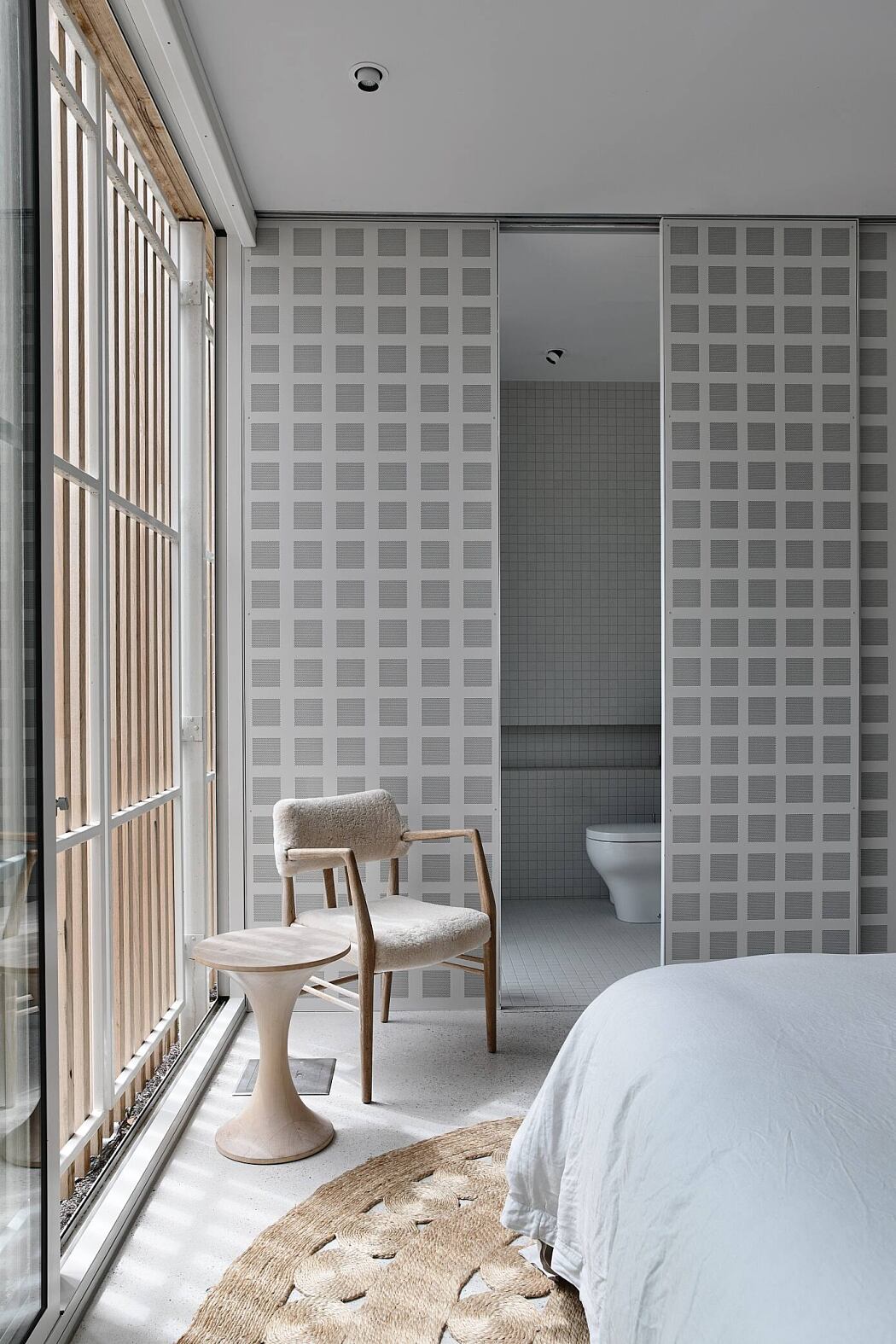 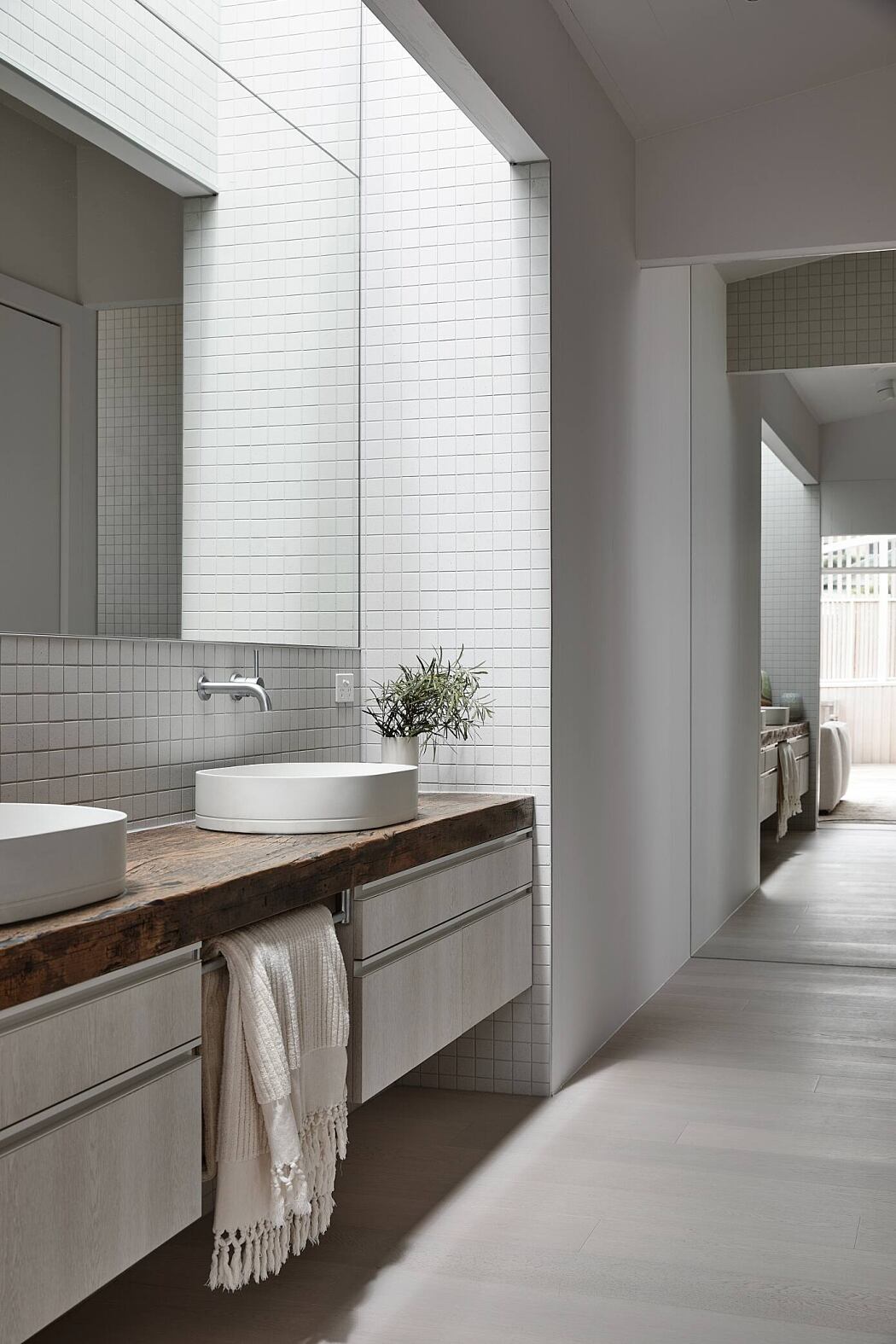 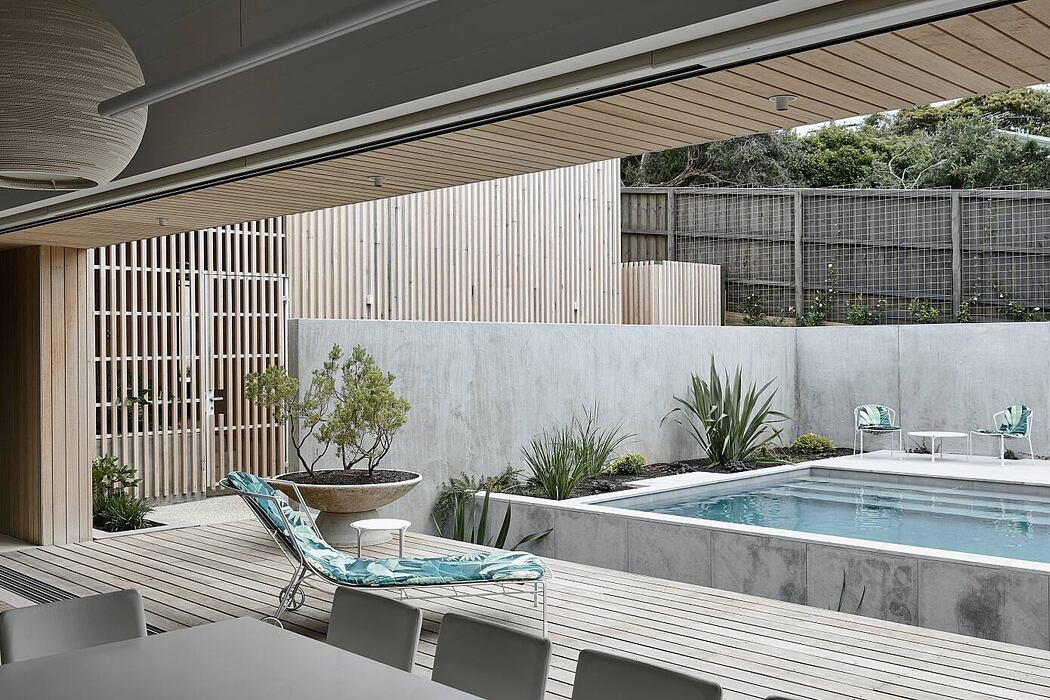 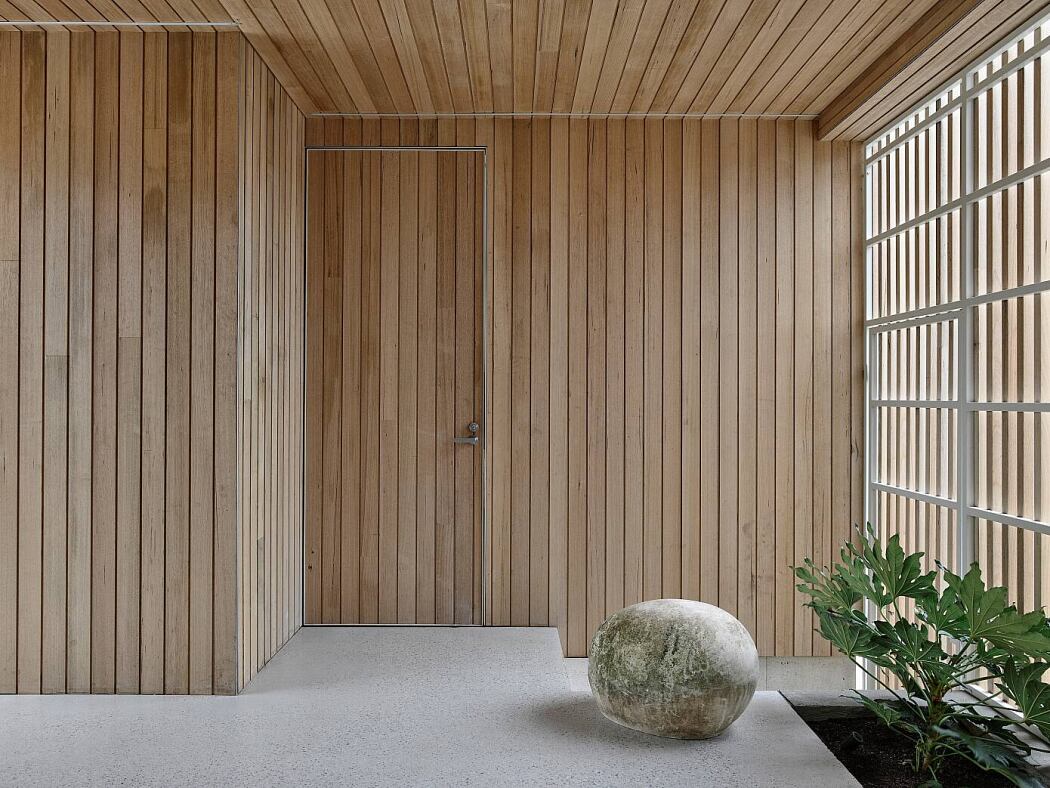 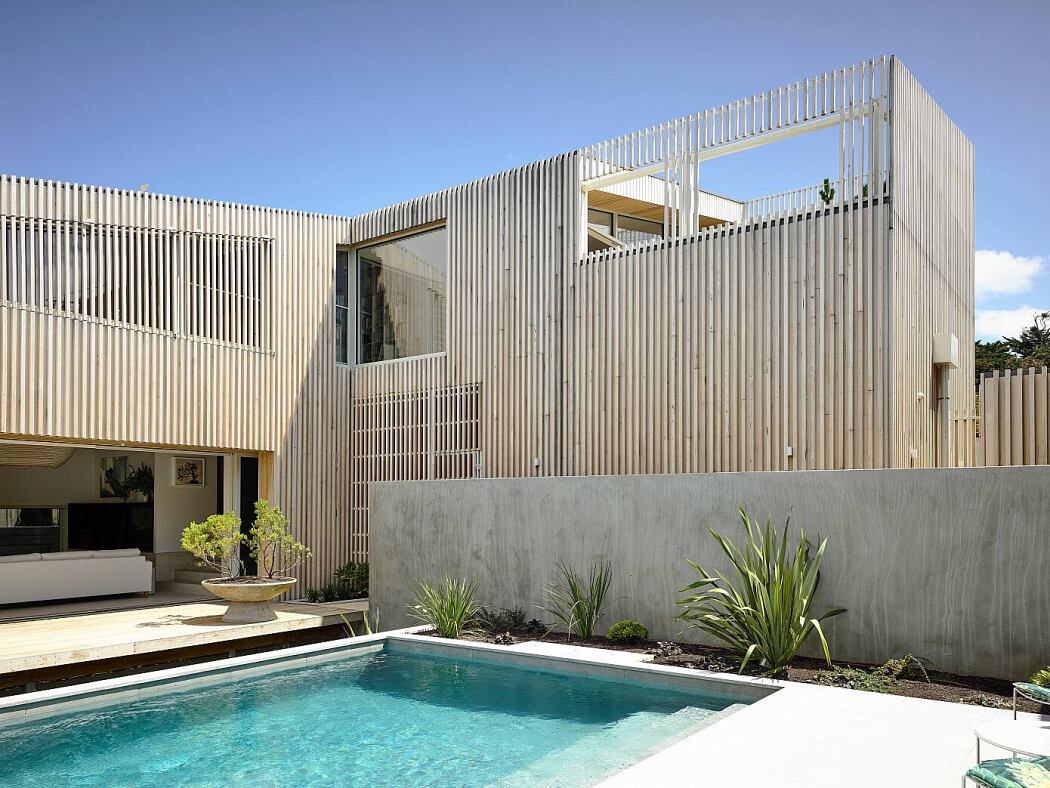 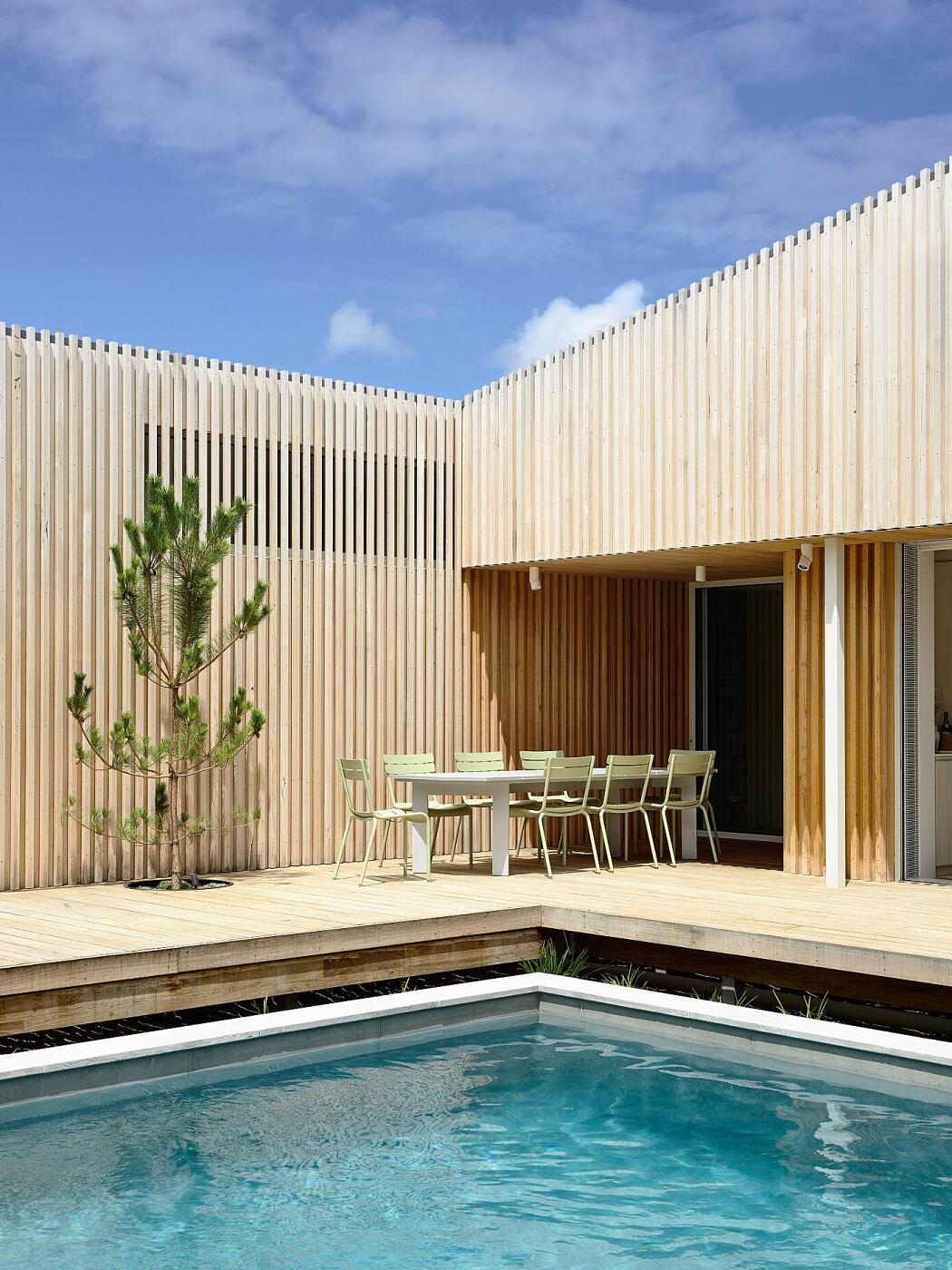 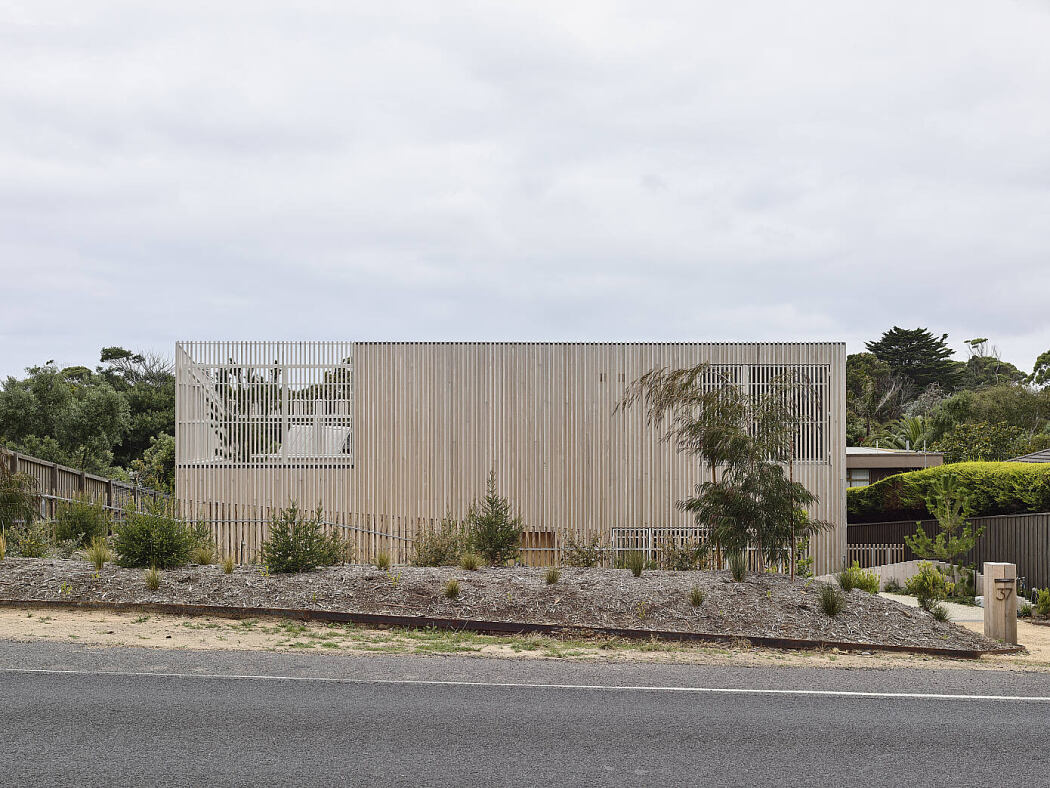 Franklin is a four-bedroom residence designed for a single owner with an extended family of children and grandchildren that will overtake the place during holiday periods. Sitting calmly on the lands of the Bunurong people, the site is situated along a road screened with dense shrubs about 400 metres from the bay in Portsea. Along the road, small sandy driveways disappear into the wall of foliage, invoking a connection to the beachside setting, although much of the planting is exotic. Hidden behind the trees is a collection of unremarkable suburban houses with a couple of odd gems immediately to the site’s rear.

Informed by our clients’ eclectic art interests that specifically include Japanese, Greek, Indigenous and Mid-century Modern as well as a fascination of Japanese design in general, the design is a literal response to a well-defined design brief. The brief asked for a “Japanese inspired fuzzy white cocoon” that is private, peaceful, fresh, and organic. A tranquil place to live, work, gather and play. Something that can work with the shifting numbers of occupants and still provide a sense of calm and retreat, whether there is only one occupant or a full herd.

Contextually, Franklin responds to the characteristics of the beachside setting rather than the more suburban characteristics of the built neighbourhood. Design cues come from the fall of the site, which is to the rear, the coastal treetop datum, the neighbour’s dominant cypress hedge along the southern boundary, the sites orientation, and the established conditions of the neighbouring lots. The intent in responding to these elements is to establish a sense of belonging to the natural environment rather than the built, and in turn establish an architectural language of tranquillity.

Franklin’s form is simple. Using cross laminated timber (CLT) structure including floors, walls, and roof/ceiling, made from Australian grown pine processed and fabricated in Victoria, a single skillion roof covers a simple rectangle with a large north facing cut out. The roof pitches from the rear and low end of the site level with the hedge and rakes up at a slightly steeper angle to the slope of the site allowing Franklin to gently pop his head above the tree and hedge line at the front. The frontage has been replanted with indigenous coastal scrub that will return the streetscape plant screen with planting appropriate to the area, and further enhance the beach side character.

The soil on site is all sand allowing for relatively easy sculpting and carving. While the front of the house is 2 storeys, from the street it reads more as a single storey dwelling. The intent is to be humble on the outside, and full of warmth, light, joy, and scale on the inside. The scale of the house is revealed as you traverse the driveway and descend some garden steps to the front door where you are greeted by Franklin with a simple timber wall and screened fenestration hinting at what is beyond. A central slightly inset door marks the entry point, and says warmly, come in and let me show you what I have inside.