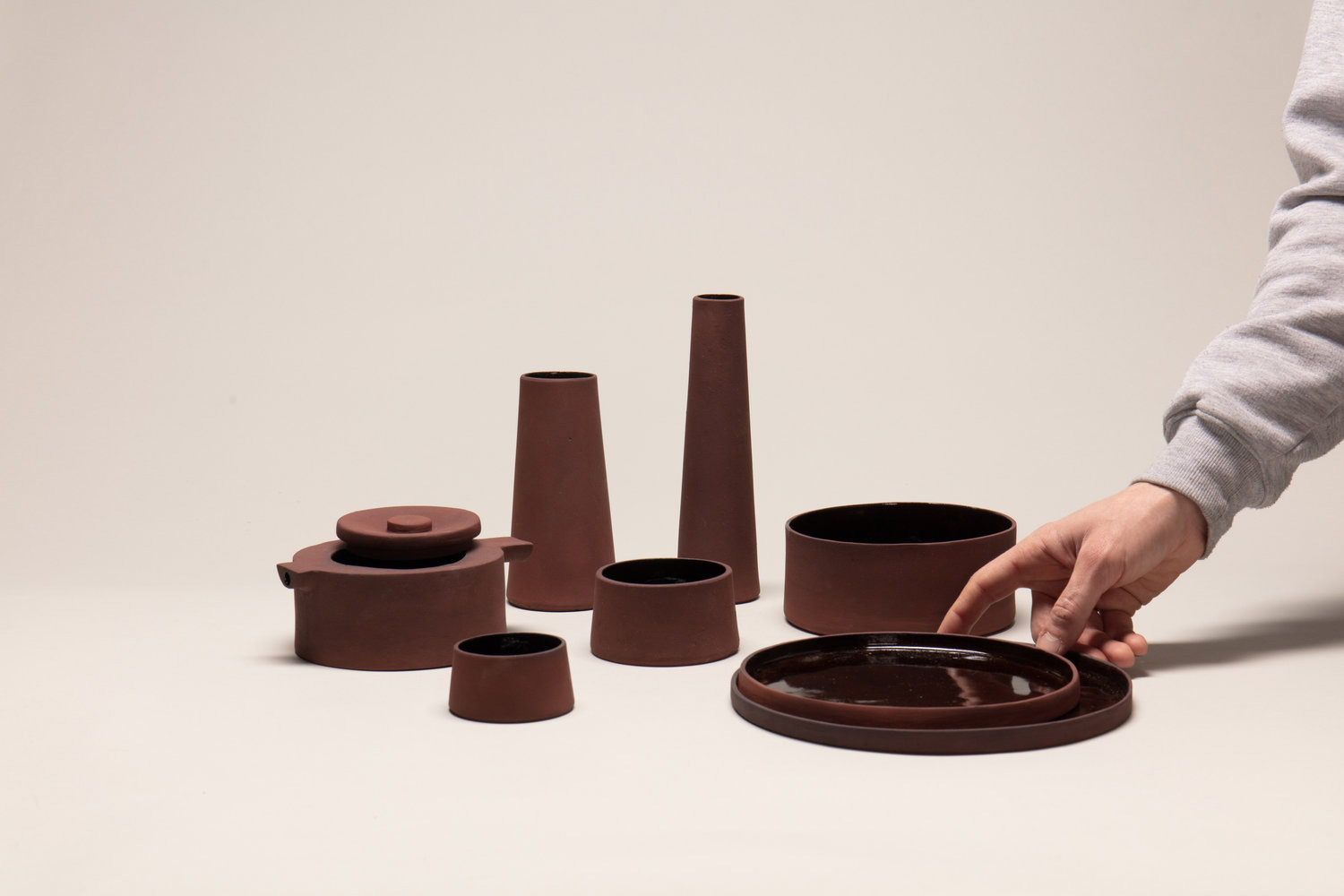 Uniting design with science, four graduates from London’s unveiled a collection of tableware products and structural pieces made from industrial waste. By Joris Olde Rikkert, Guillermo Whittembury, Kevin Rouff and Luis Paco Bockelmann, stands for ‘Residue Enabled Design’, as well as being the colloquial term for the toxic waste material bauxite residue.

The former students took bauxite residue, an abundant by-product of the alumina industry, and showcased new uses for the material. Red mud is hazardous, though, for each quantity of aluminium made, 2.5 times that of the mud is created. With 150 million tonnes produced each year and left in giant pits around the world, the innovative project questions our notion of ‘waste’ and shows the value of secondary materials in a world of finite resources. 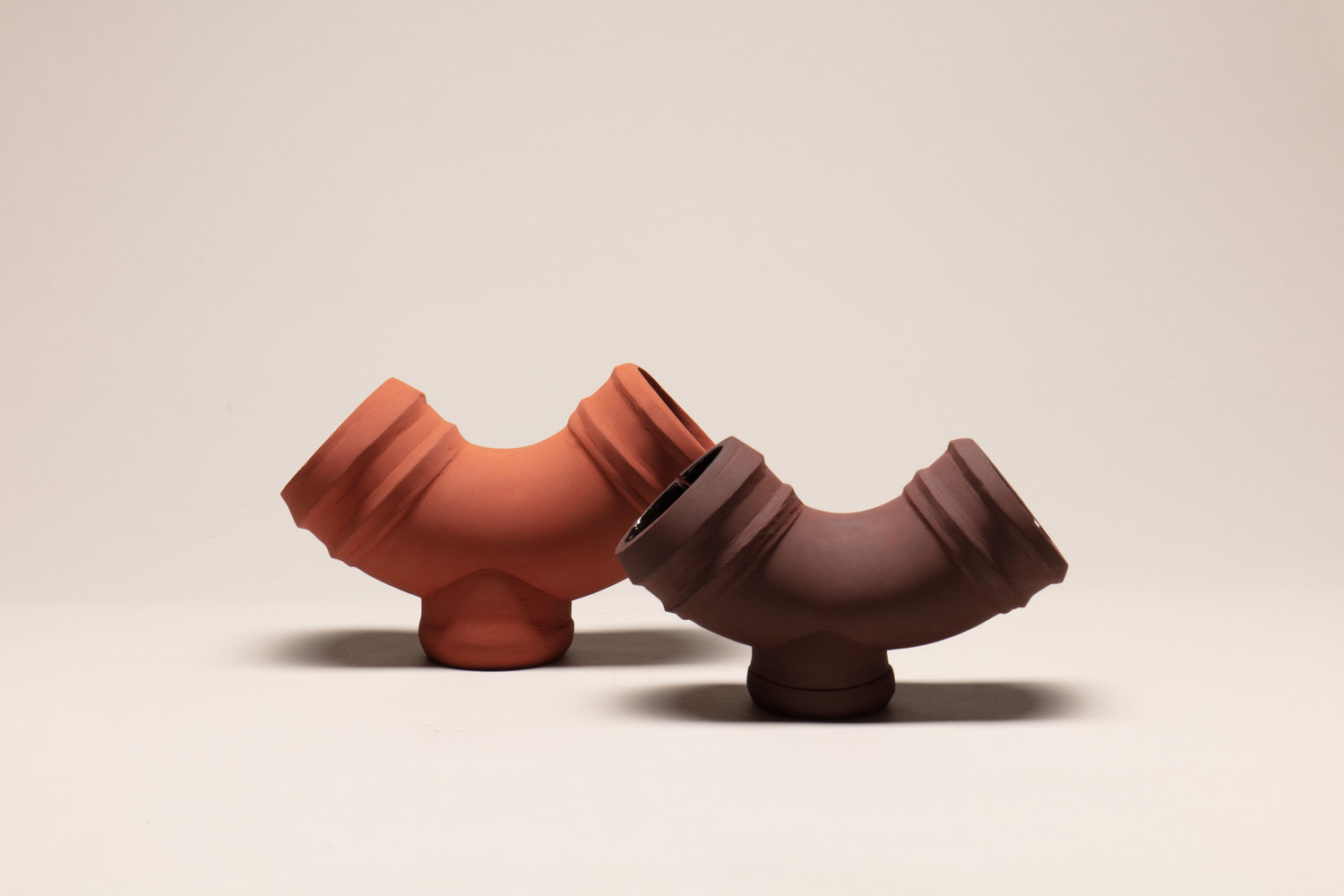 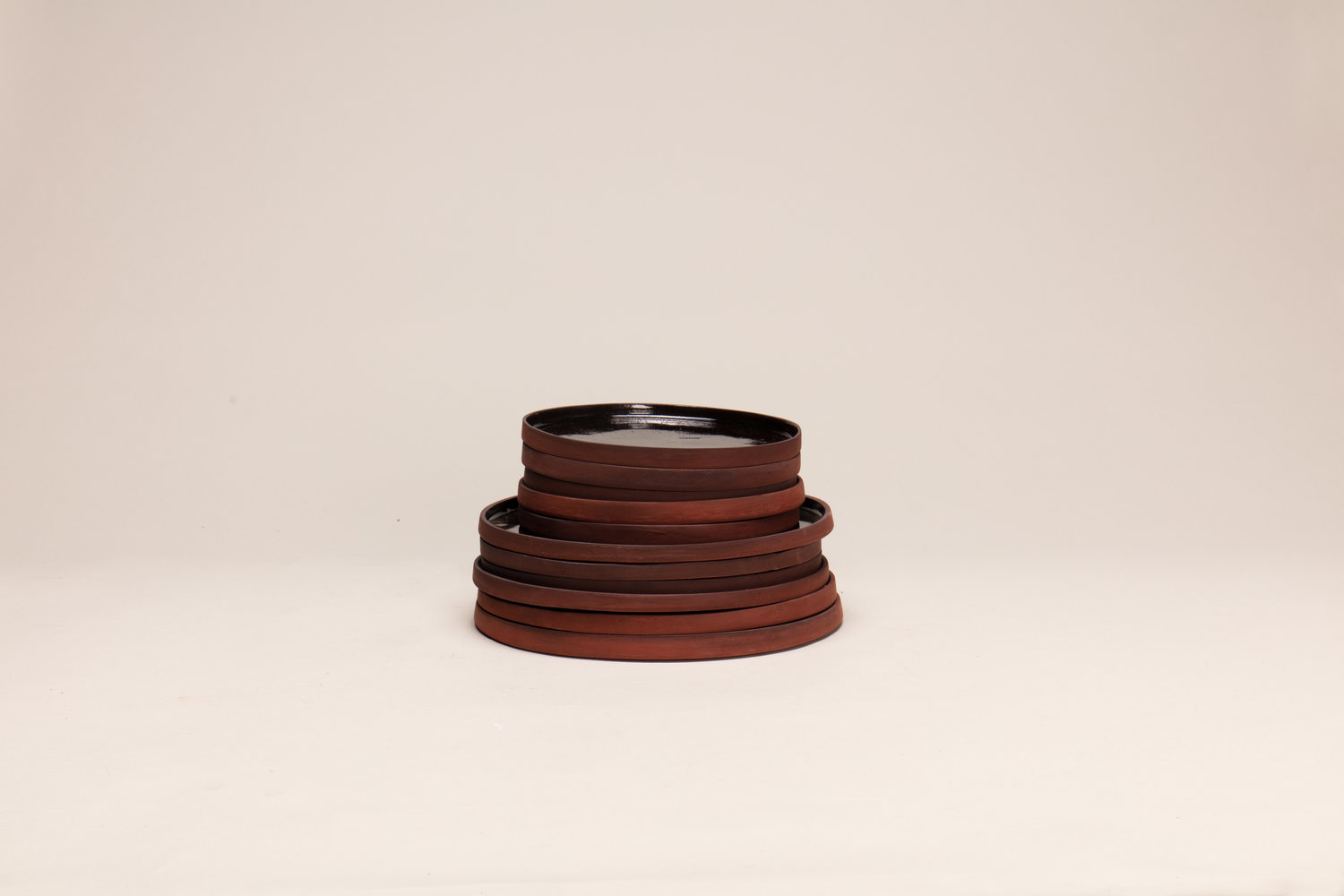 For ‘Red Mud’, the industrial residue is transformed into ceramic bodies, glazes, and geopolymer concretes. Working in collaboration with factories, research labs, and ceramicists, the graduates produced slip-cast tableware including platters, vases and vessels of various shape size, tiles, as well as functional pieces of piping. The shades of fiery deep red throughout the collection result from the fact that the material is composed mainly of iron oxide.

The same four graduates also collaborated with KU Leuven’s Sustainable Materials group on This Is Copper, illustrating how waste material copper slag can be used as an alternative to cement. A byproduct of the copper smelting process, 40 million tonnes are produced annually, a number that is only set to increase. The material is comparable in strength to cement, with a lower carbon footprint as well as being resistant to heat, acid and water. The team created a range of interior items with copper slag including a chair, tiles, mirror, and a lamp. 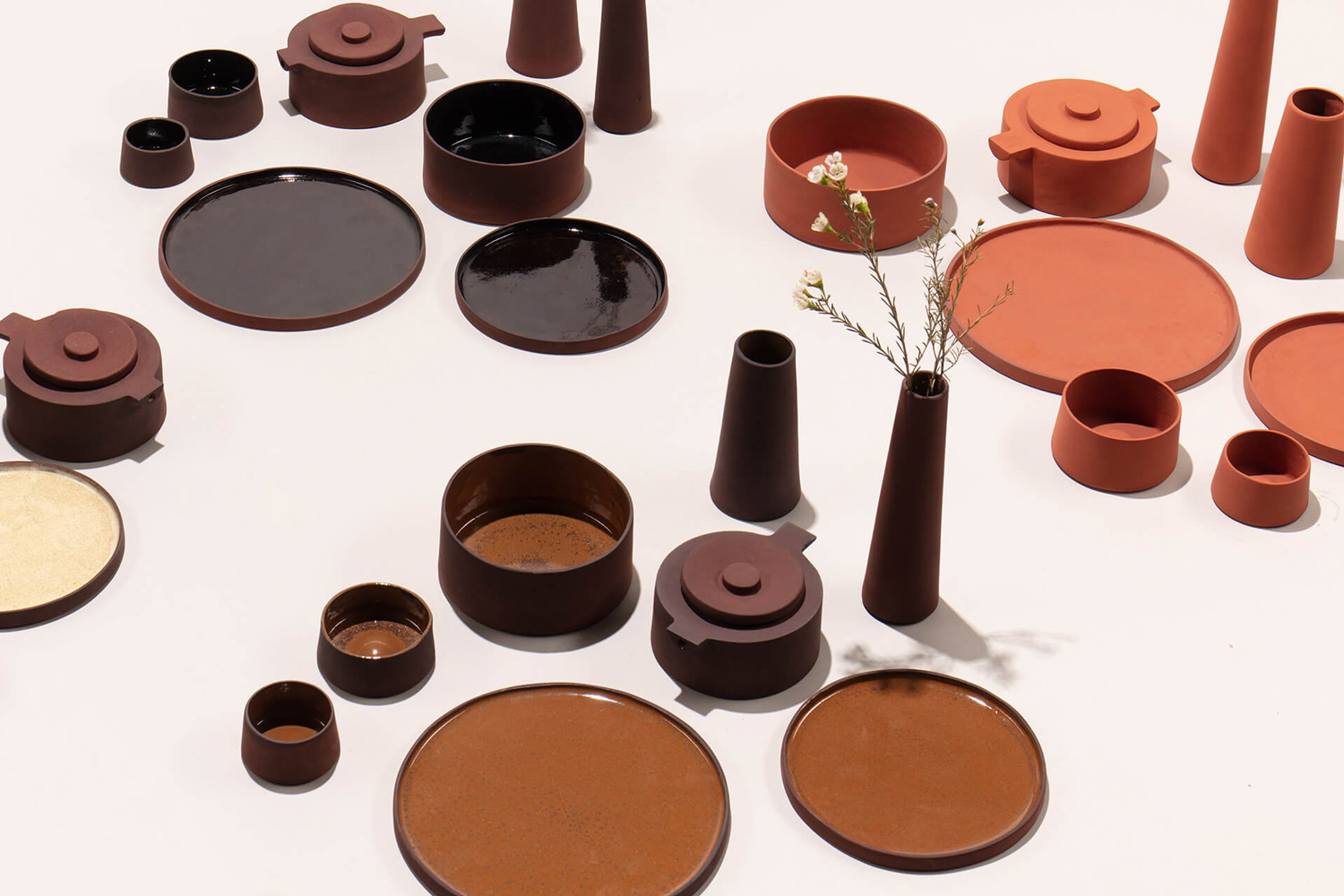 [Images courtesy of the designers.]