EVD Adopt Classical Architecture Principles in Their Own Shanghai Office. 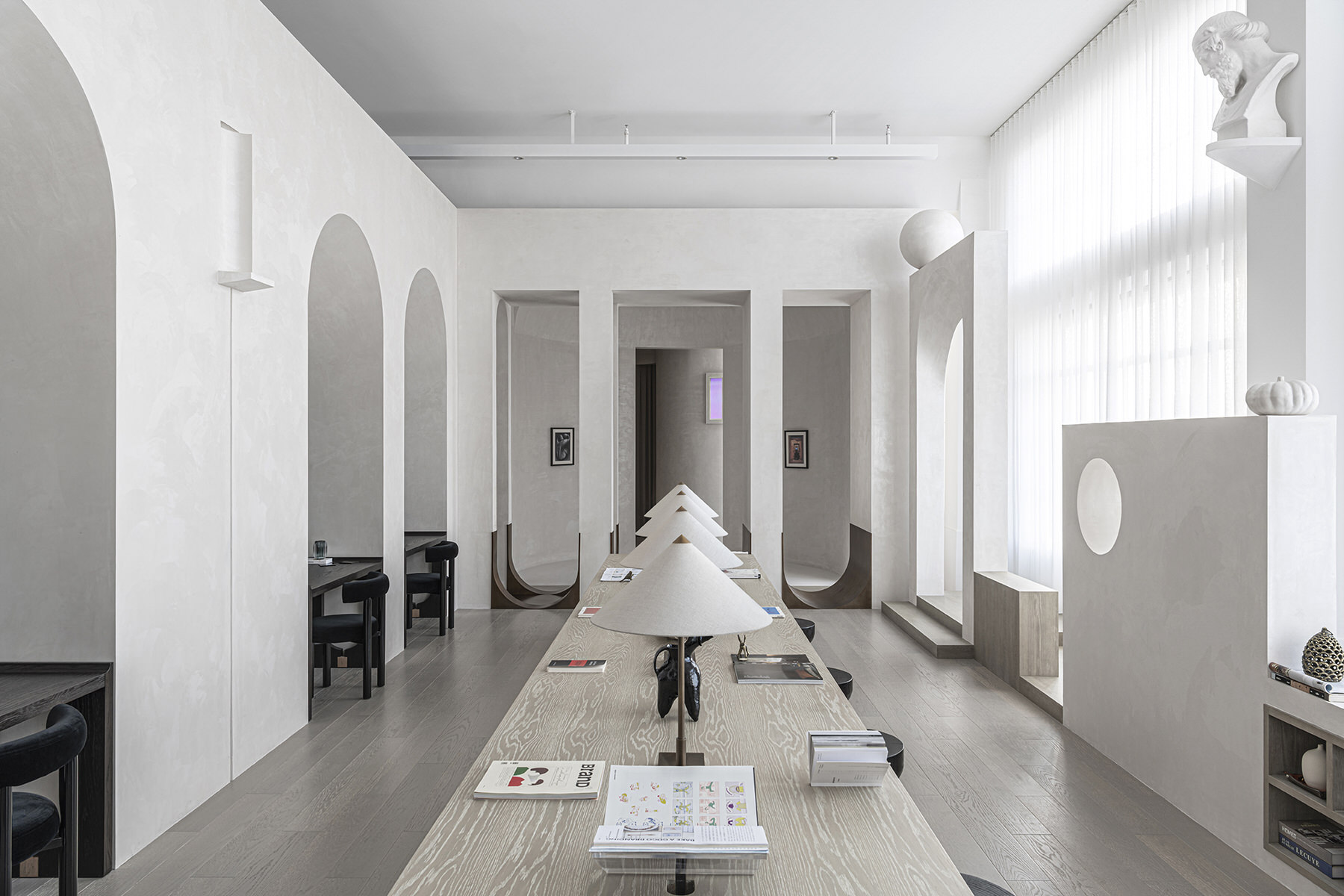 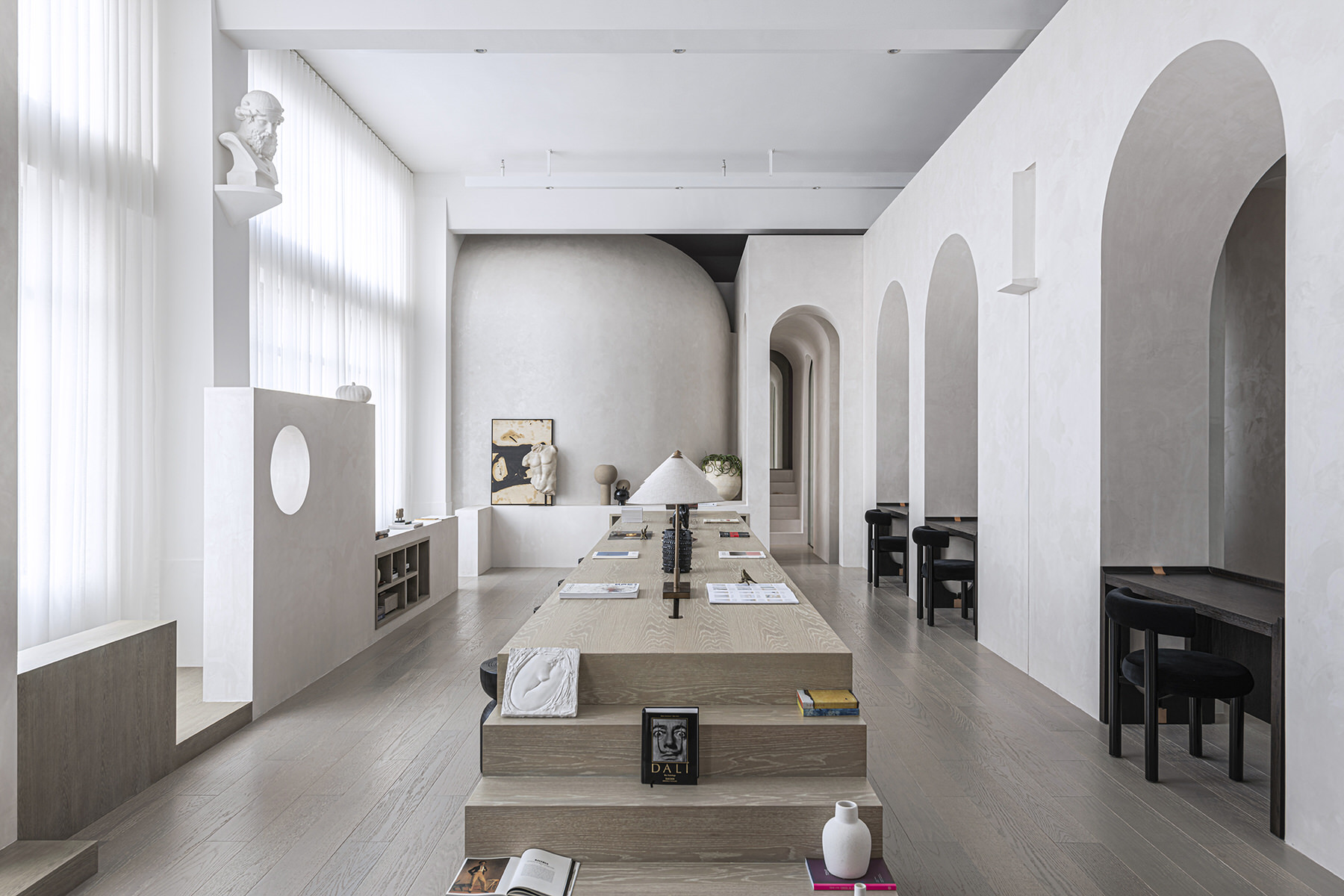 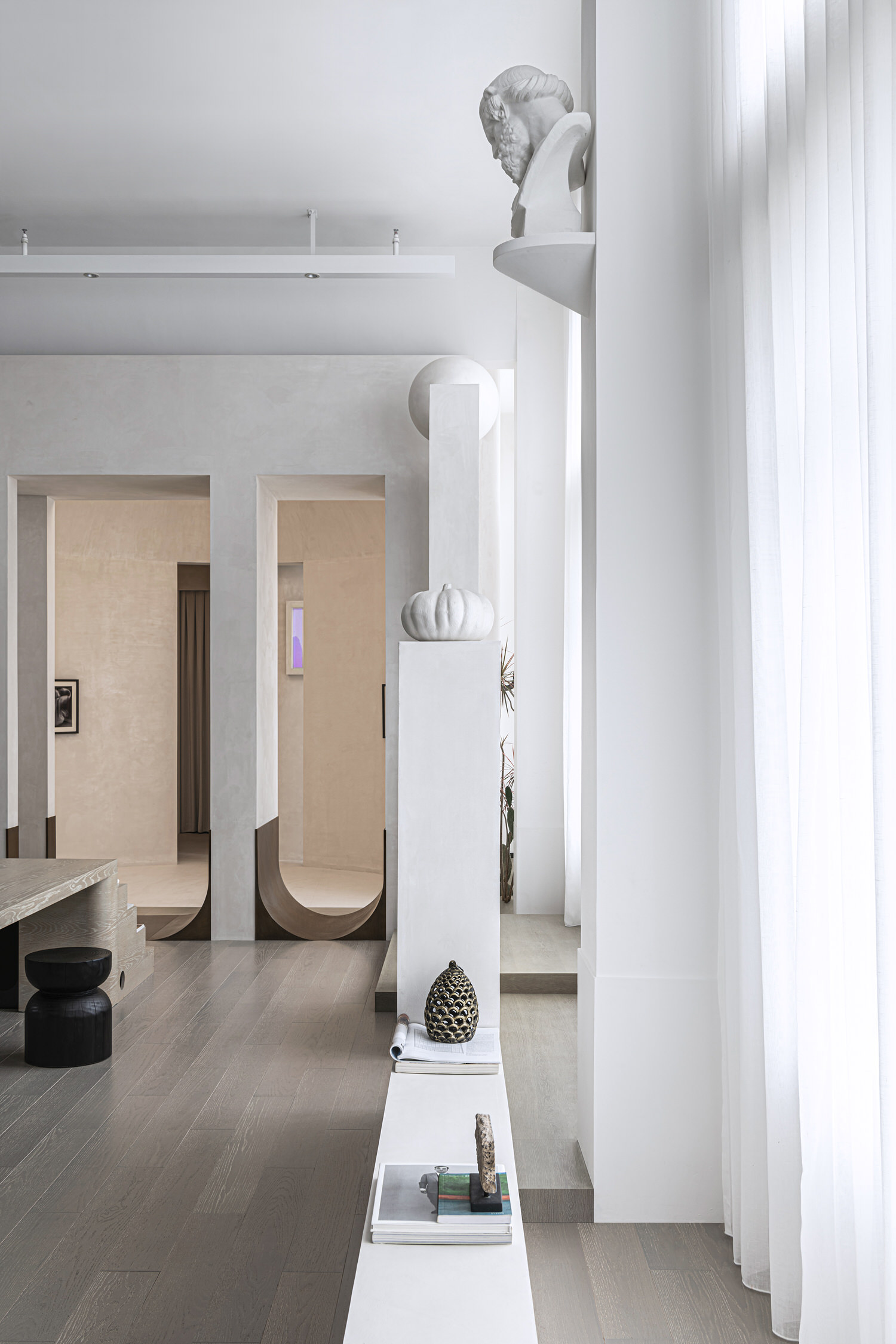 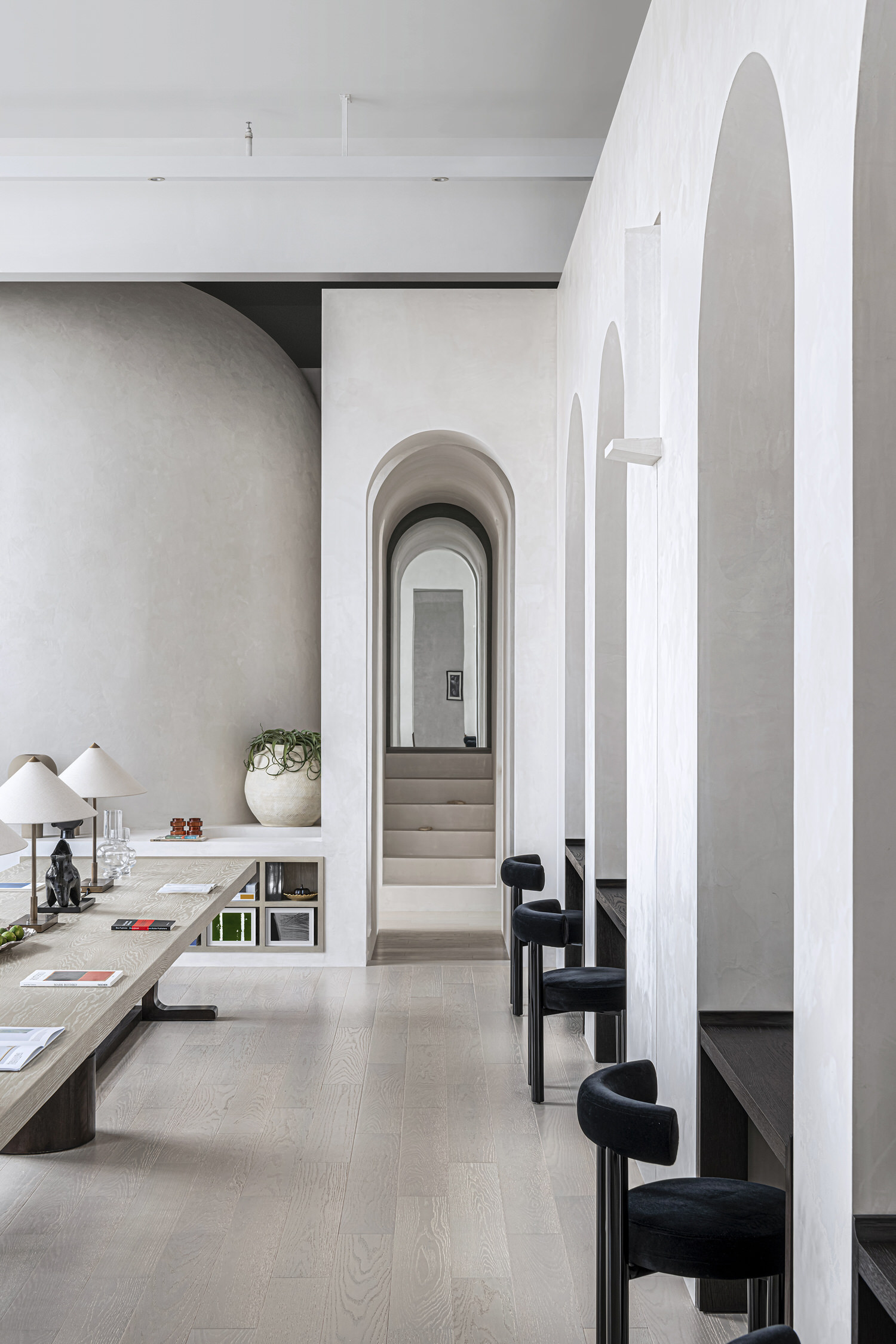 -based inter-disciplinary design office have unveiled their own studio space which appears plucked out from another time and place. The interior was conceived with two design threads derived from site restrictions – one extends from the entrance to the main workspace, while the other is folded out vertically in the 5-meter-tall volume.

Due to existing site limitations, the position of the foyer determines the location of the entrance. In addition, the structural framework and the five orderly window openings define the placement of the wall.

Within the rectangular plane, the designers created a U-shaped area that integrates with the long side of the volume and five large windows that allow filtered natural light. Designed to accommodate fire control regulations, the entrance protrudes towards the foyer. Its position and evacuation-friendly width bring new opportunities for the organization of spatial pattern and form. 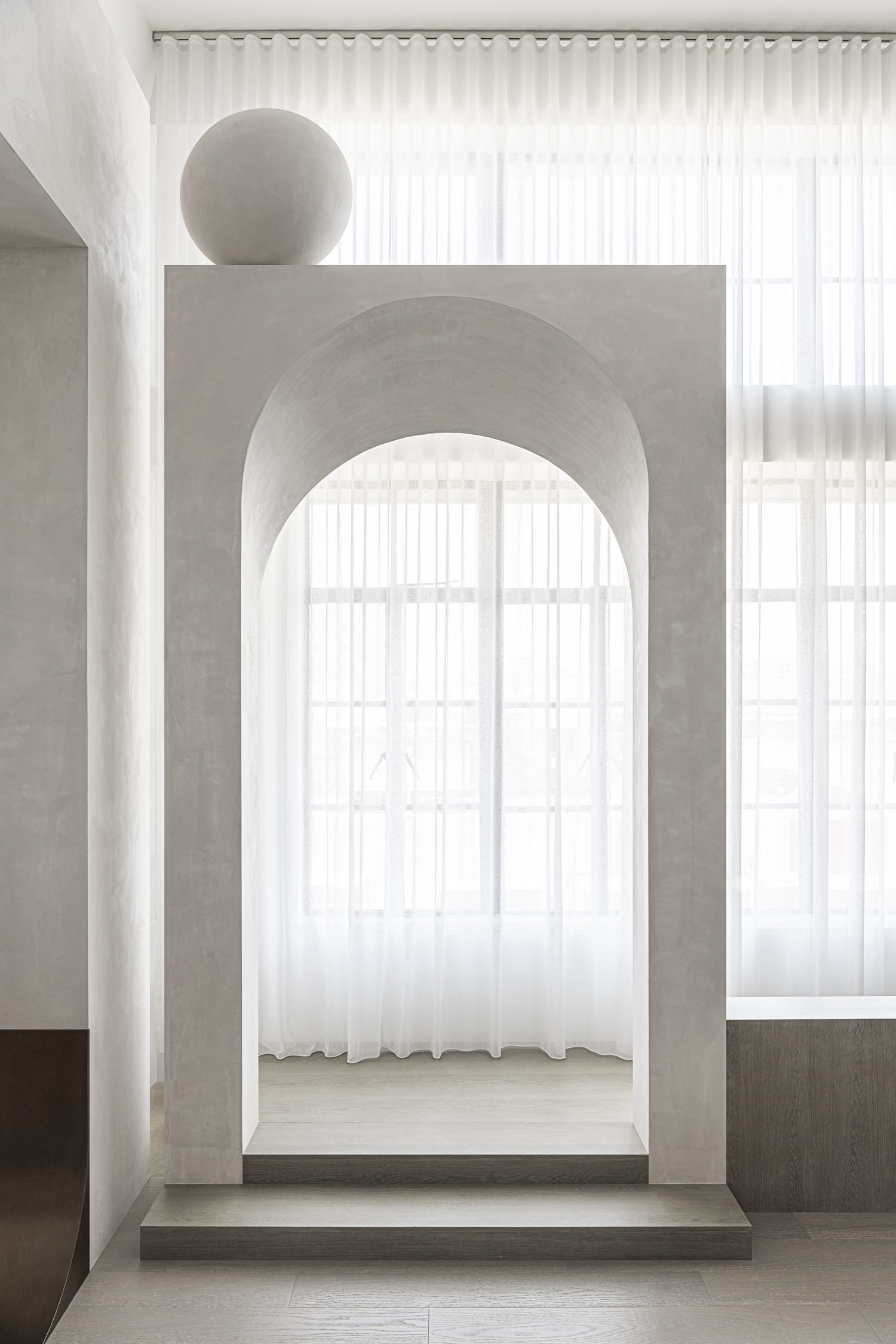 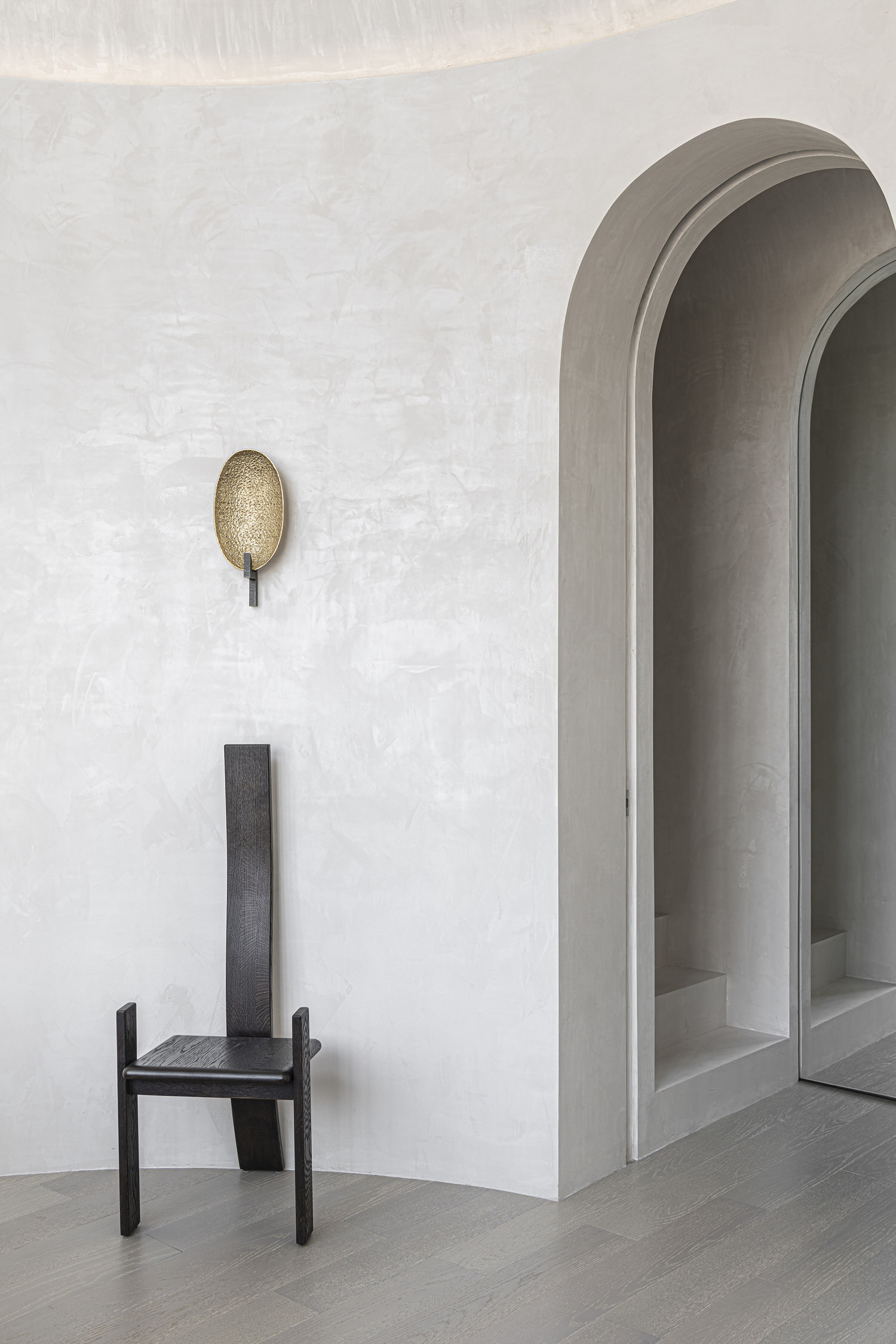 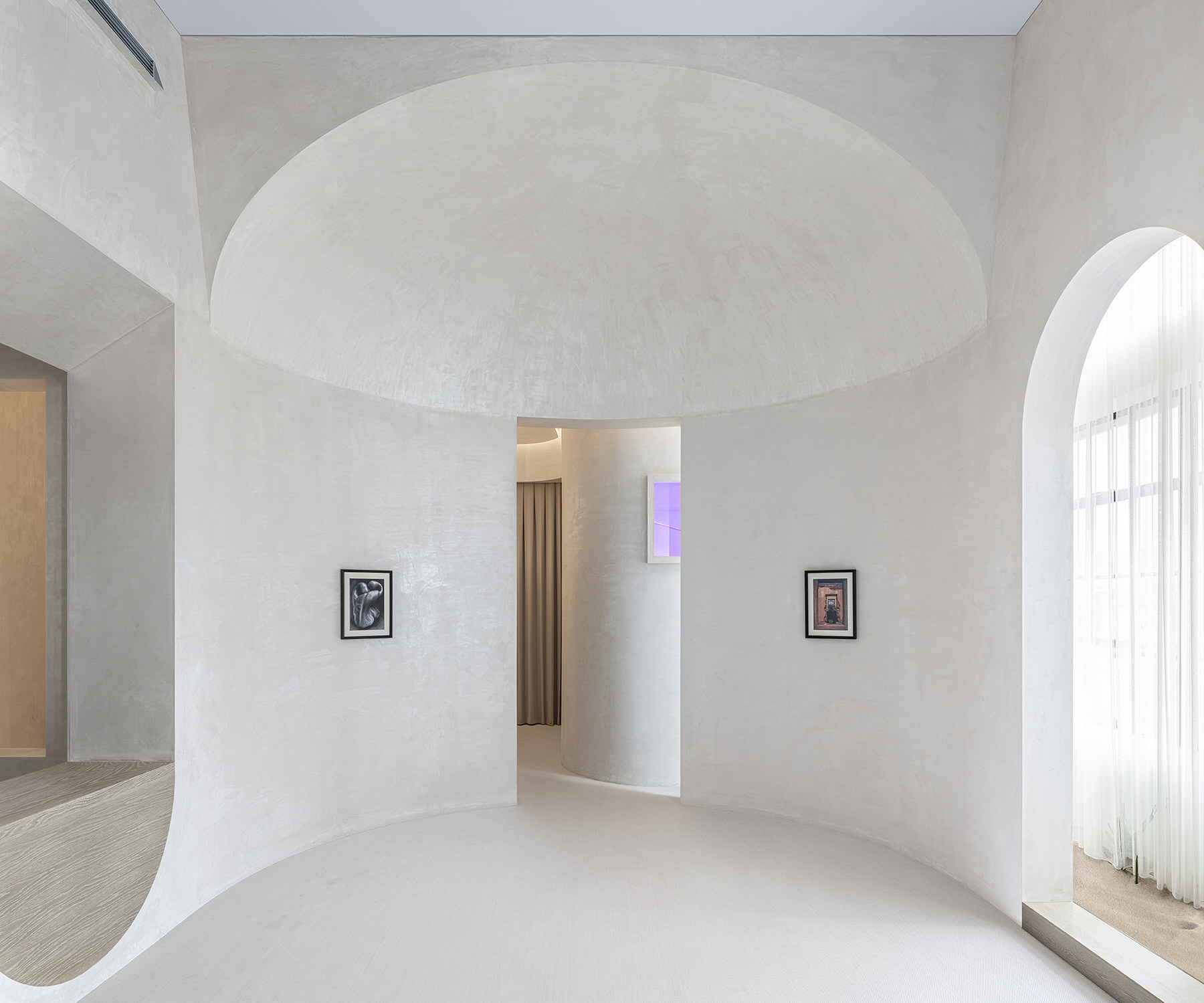 Derived from the classical design language, the layout echoes arched elements from Antonello da Messina’s masterpiece . In the painting, Messina depicted an “eternal” space that combines openness and privacy as well as fluidity and serenity through the use of arches.

In a similar vein, Pythagoras taught that sphere and circle were respectively the most beautiful among all solid and plane figures.

In his drawing , Louis Kahn depicted a scene where people chat under a dome and light freely filters in, emphasizing the importance of natural light and geometric shapes. 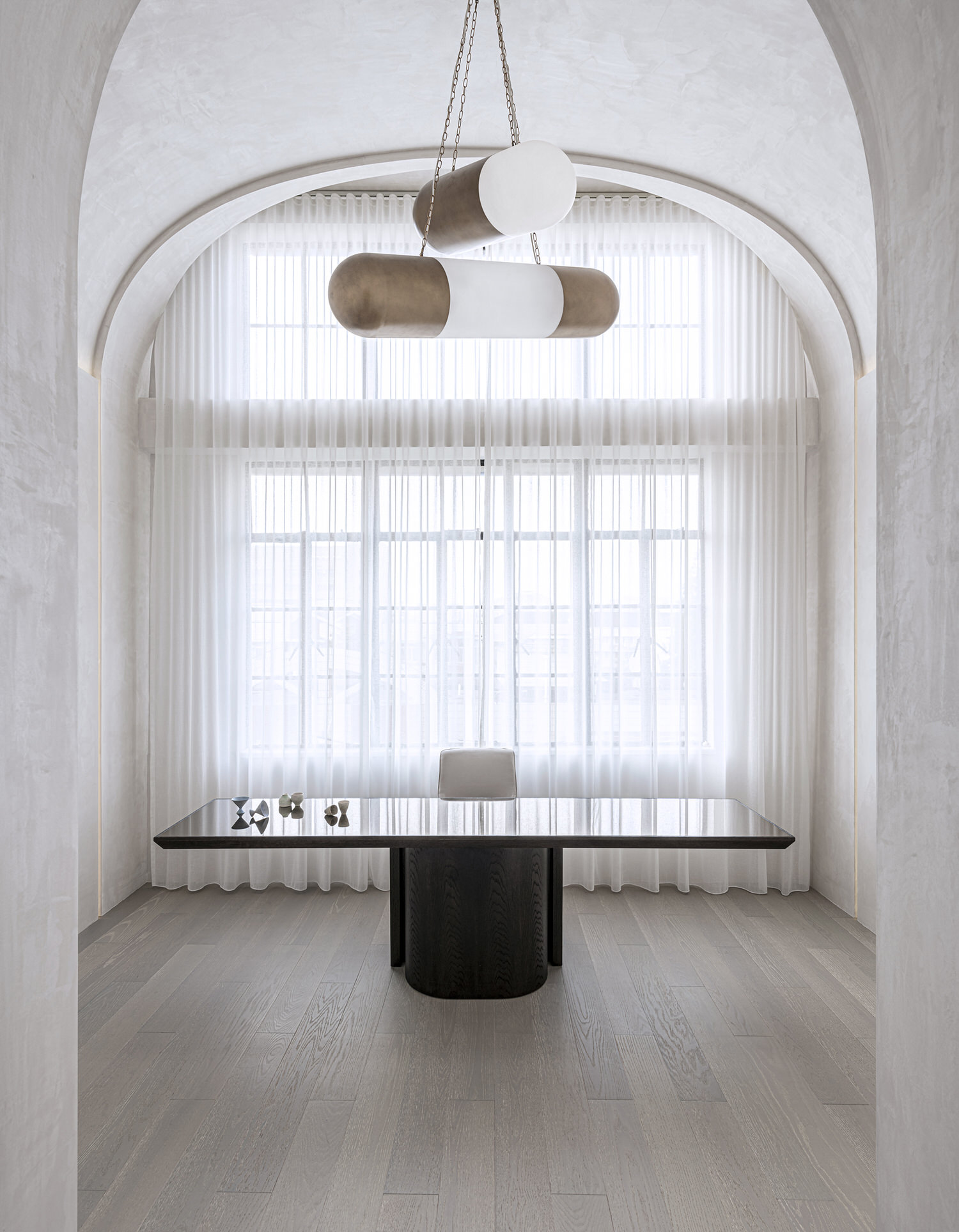 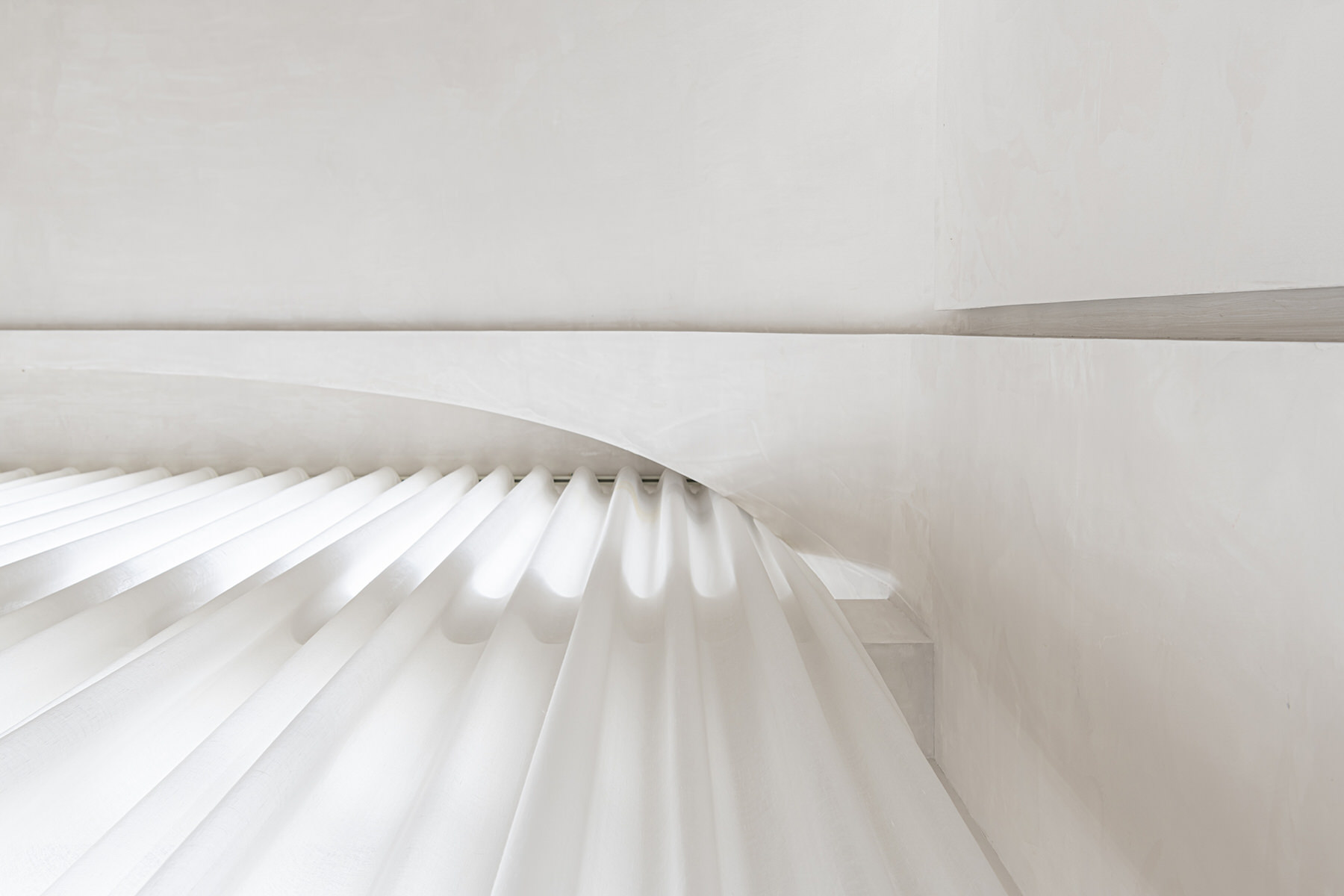 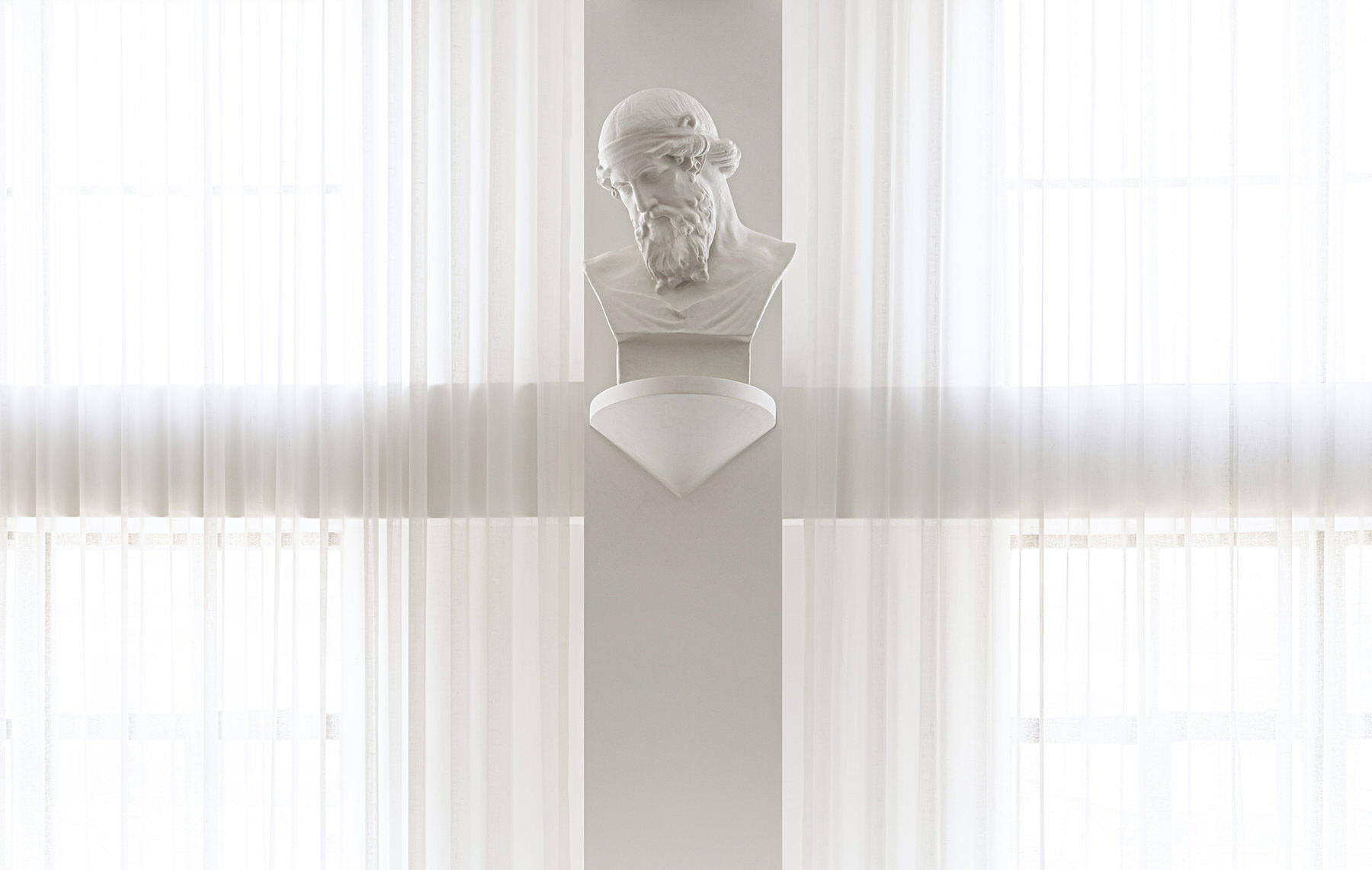 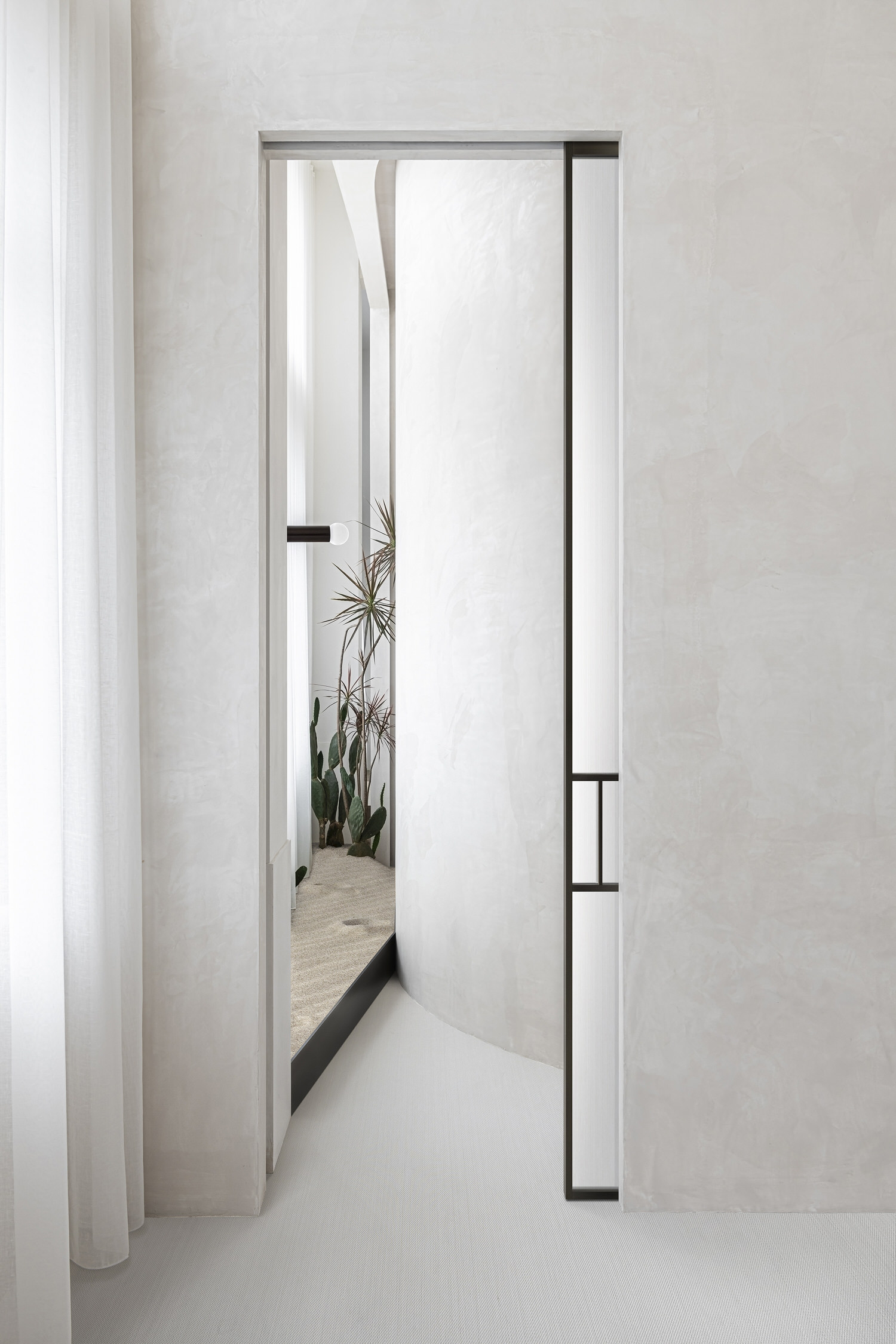 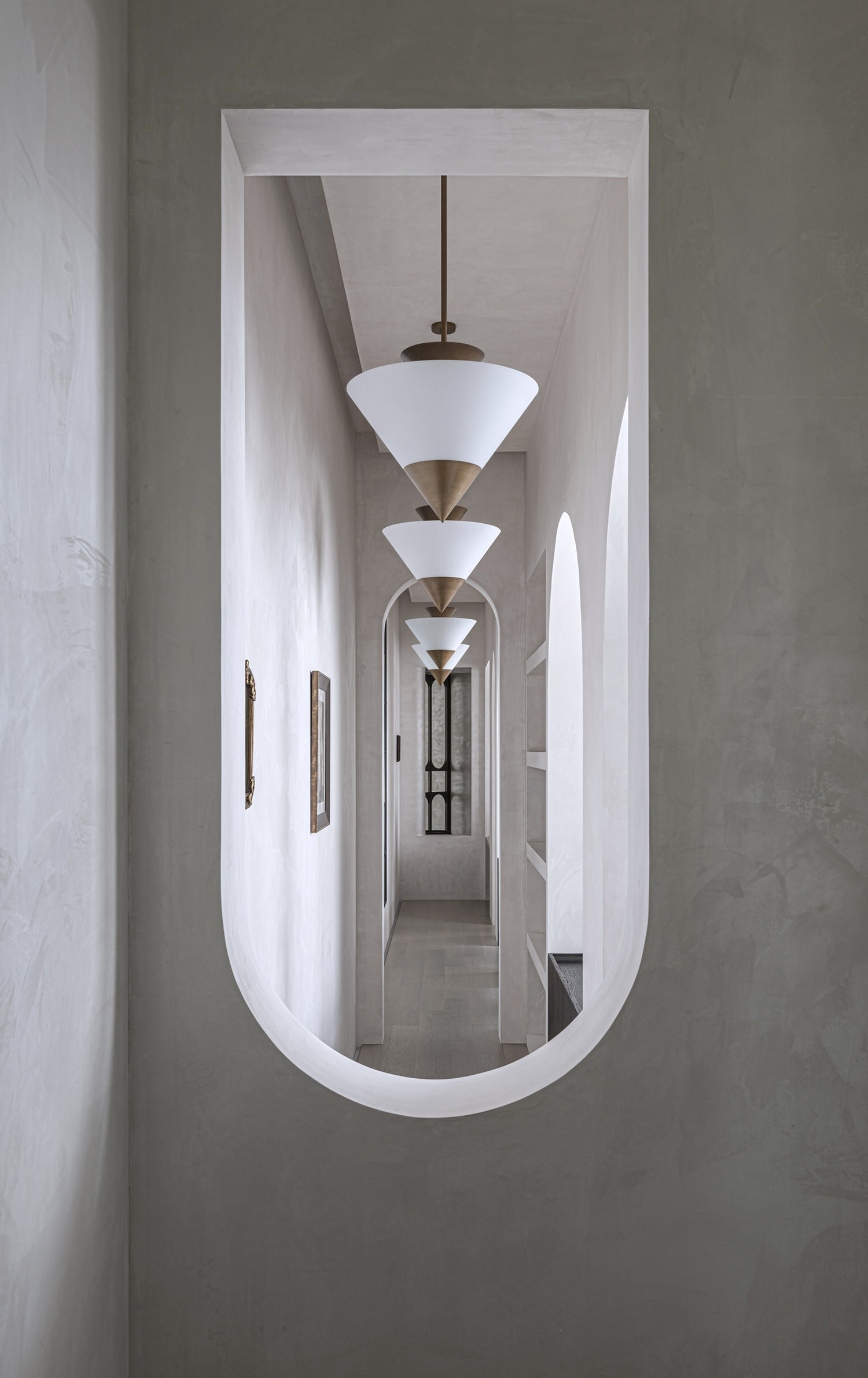 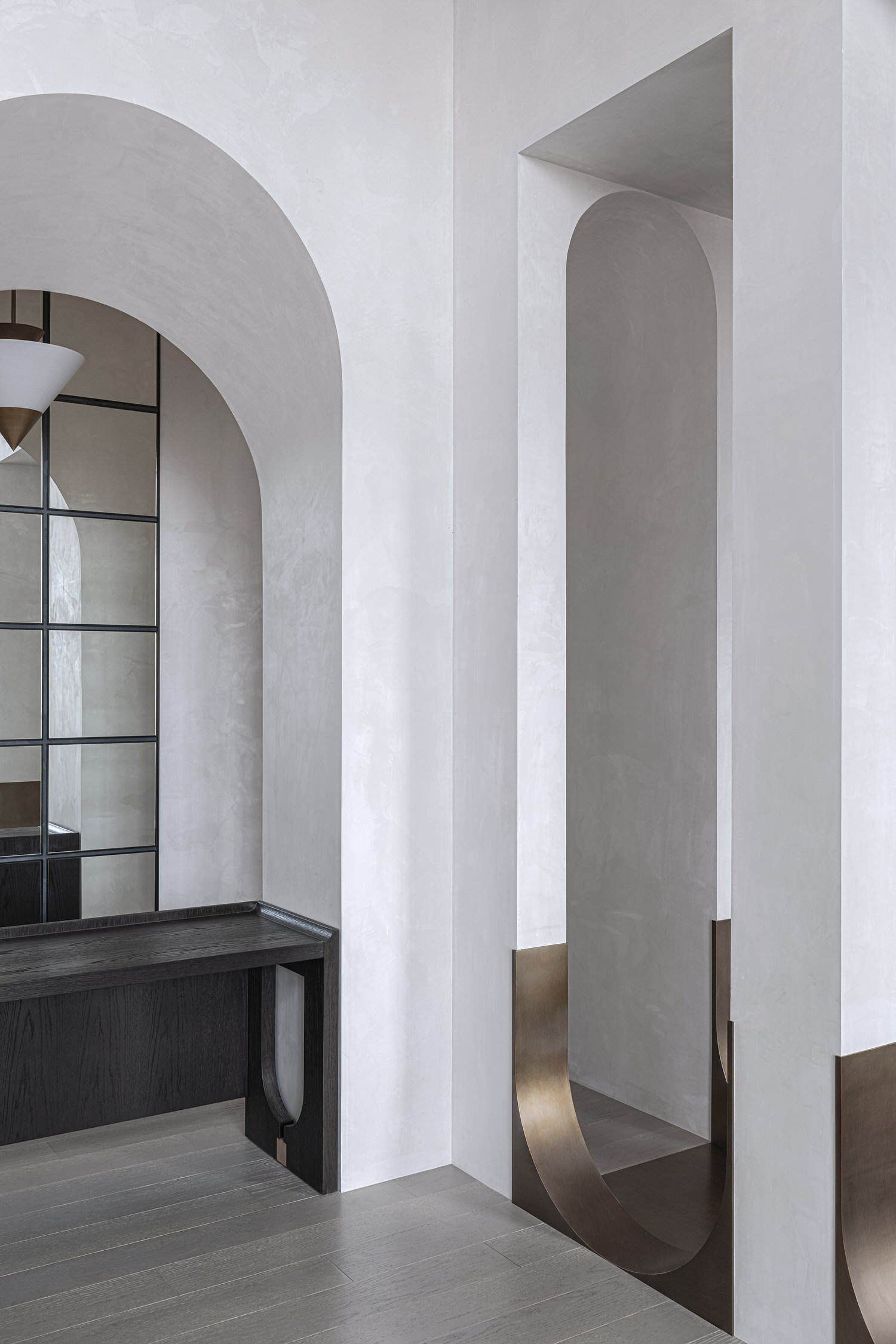 Inspired by Messina, Pythagoras and Kahn, EVD utilize classical architectural elements with a modern twist, capturing a sense of infinity and timelessness.

Visitors are guided on a spatial journey throughout the space, designed to deliver unique spatial memory.

Scenes, views and experiences shift via varying heights and details introduced along the main circulation path, the designers taking the concept of “the garden” as their main inspiration. Floor treatments like carpets and spatial adornments become the metaphor for pathways, stones and plants. 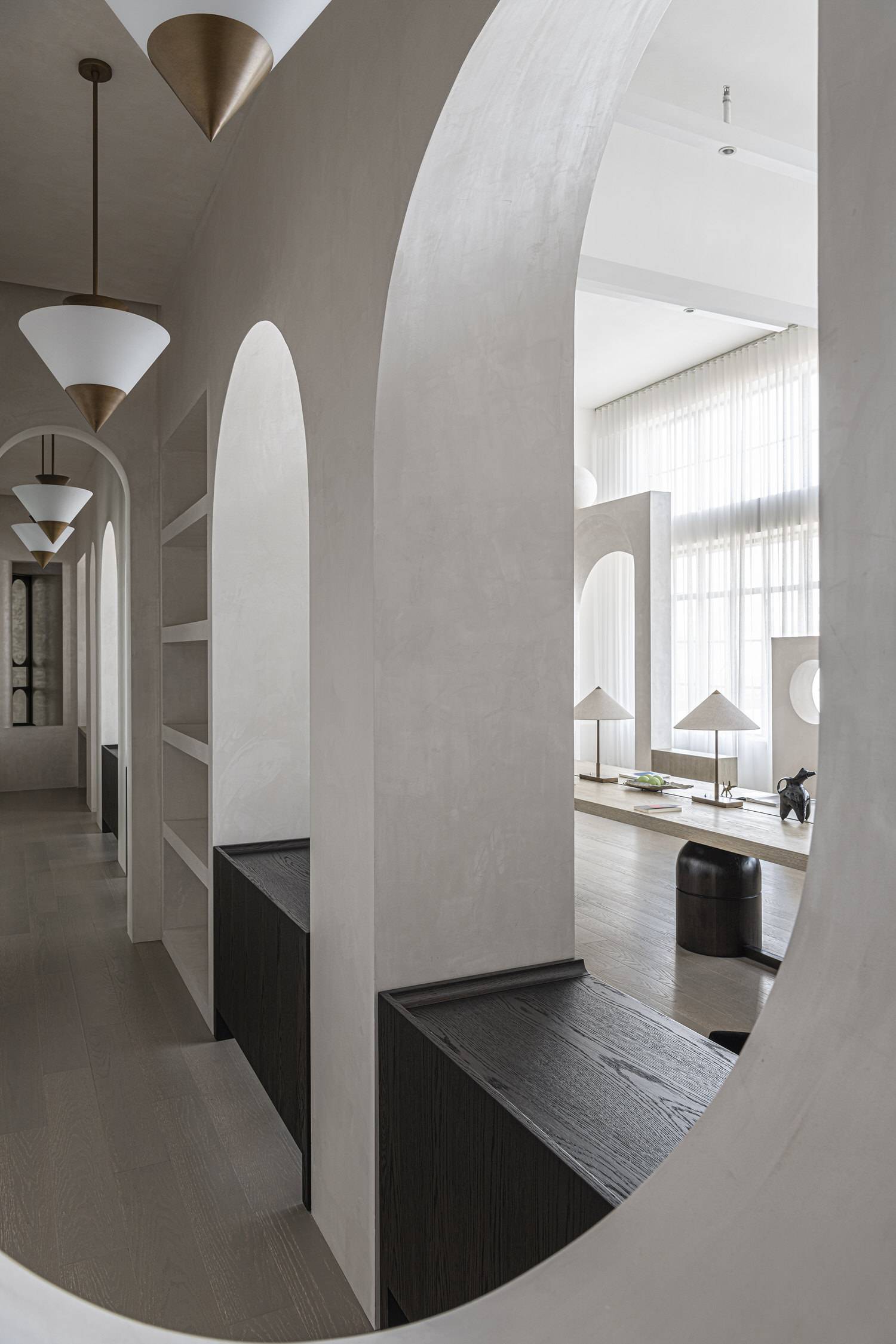 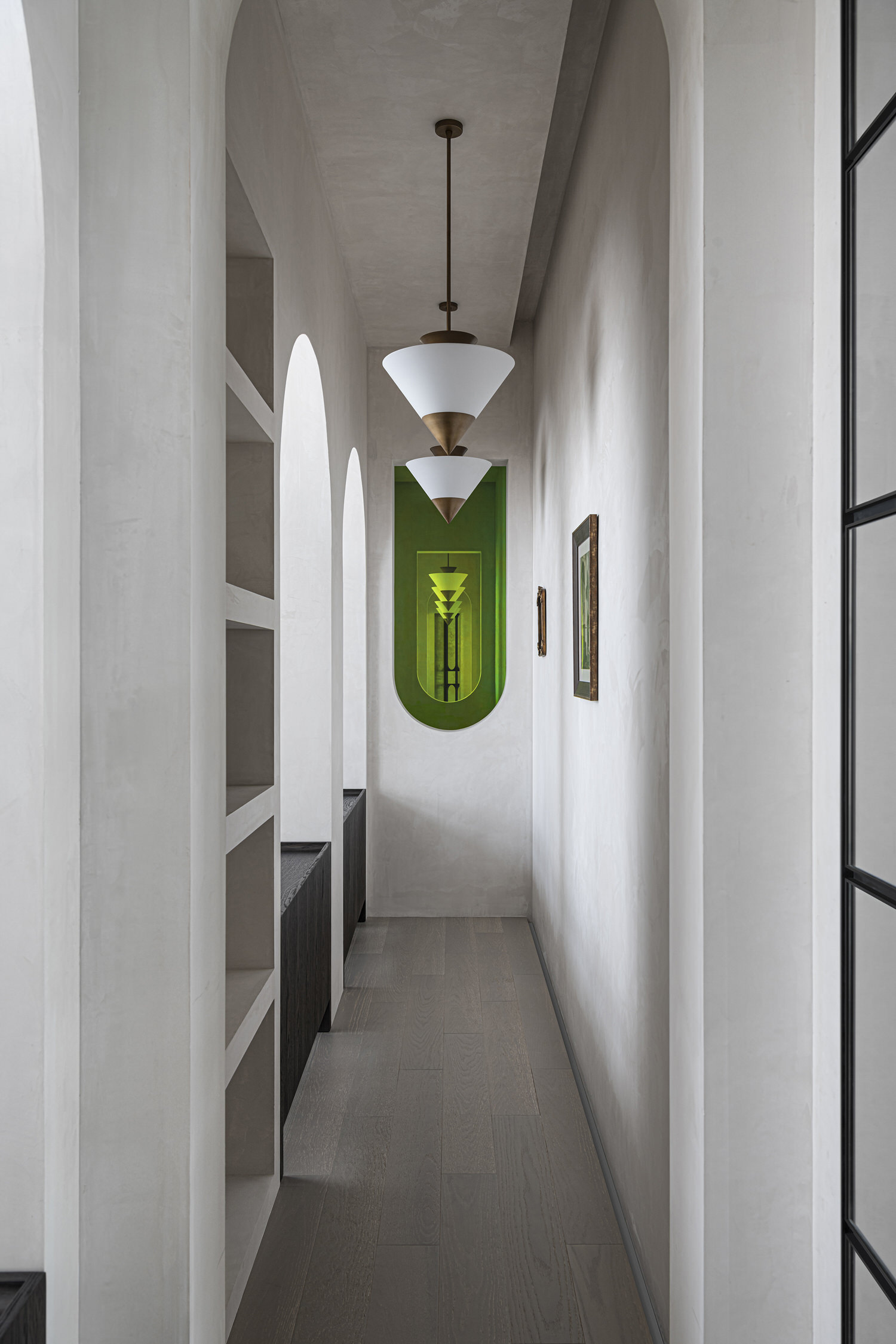 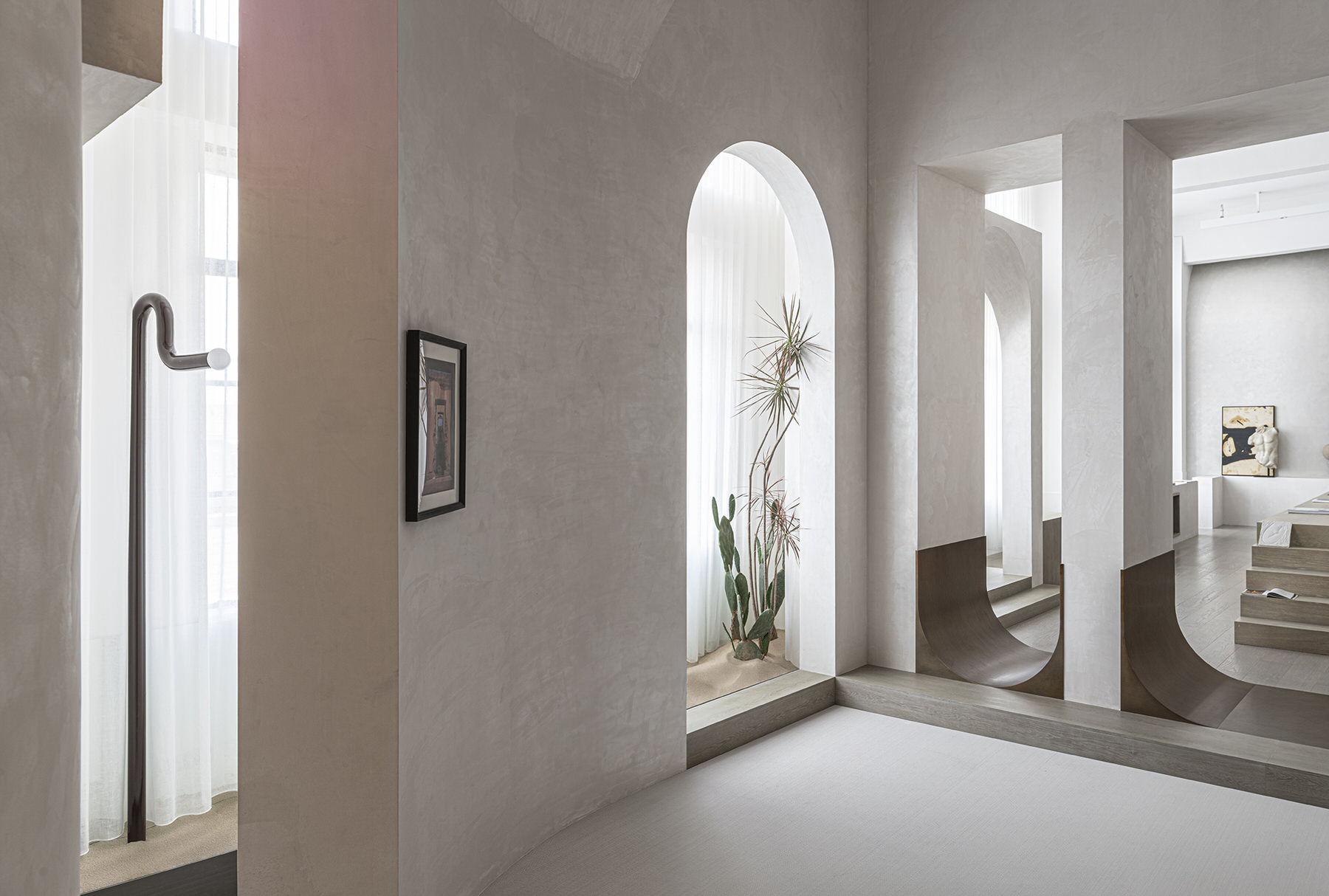 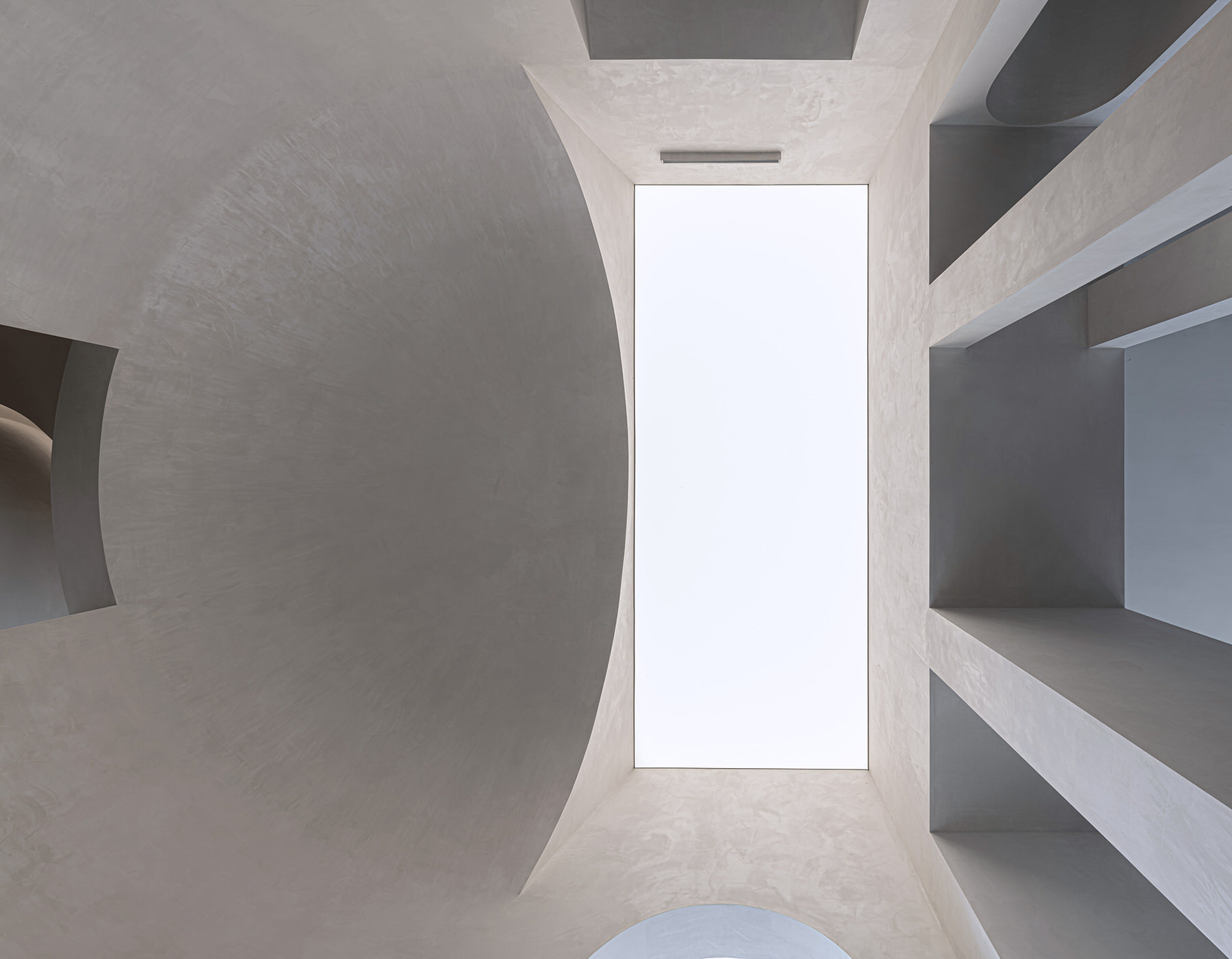 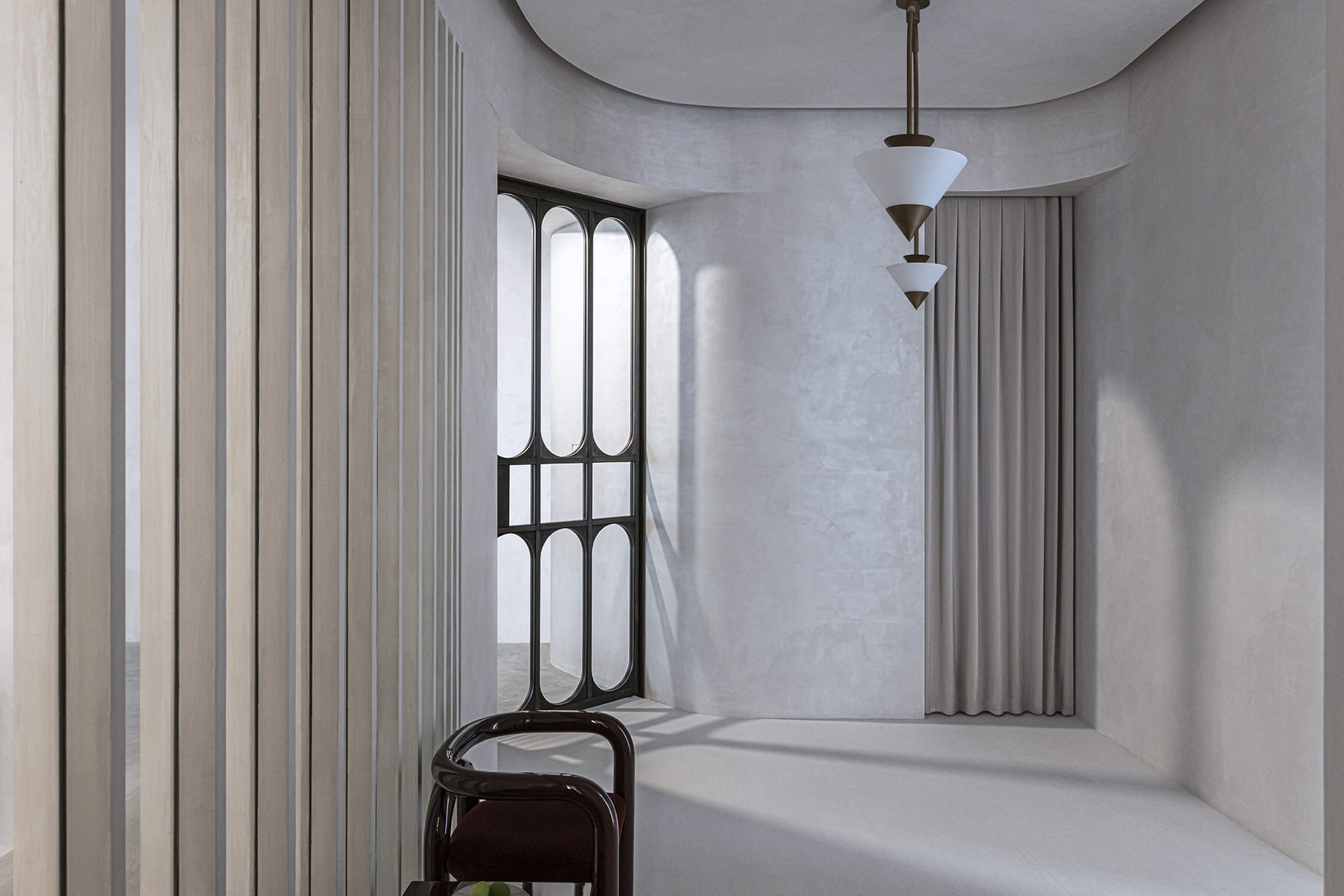 Playing on the notions of the “boundary” and “in-between” – the two words that indicate infinite possibilities of space – the designers introduce the walls as boundaries, combined with in-between areas that sometimes accommodate objects, other times forming passages.

The border between “boundaries” and “in-between” spaces becomes blurred, with some areas becoming “infinite”, while others feel “confined”.