Lovely apartment located in the center of the city of Barcelona, Spain, recently redesigned by . 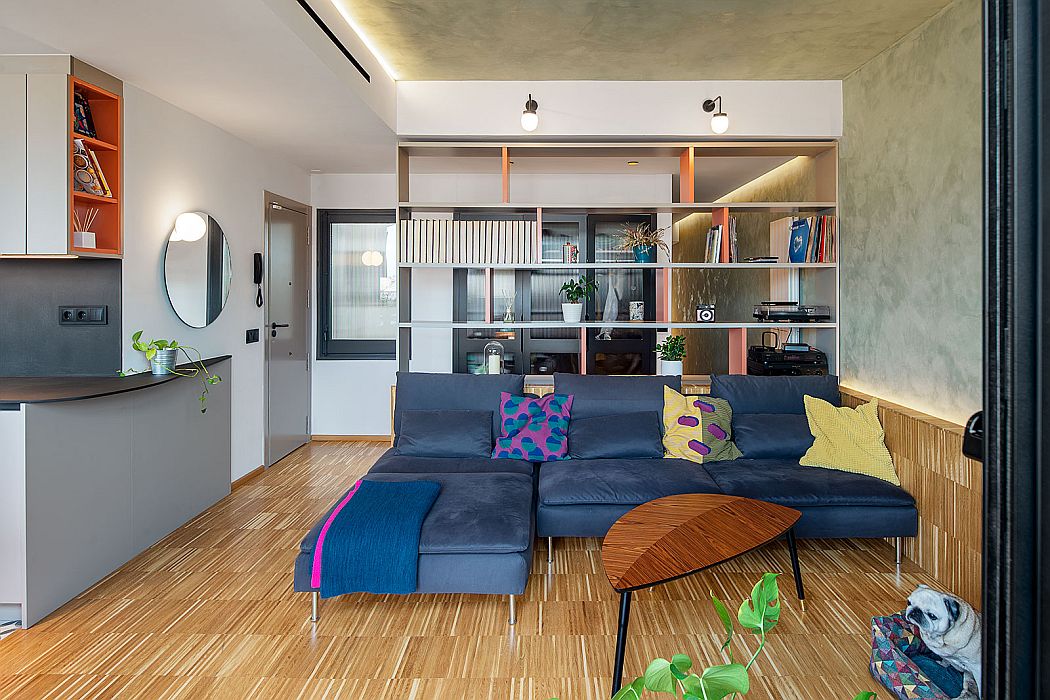 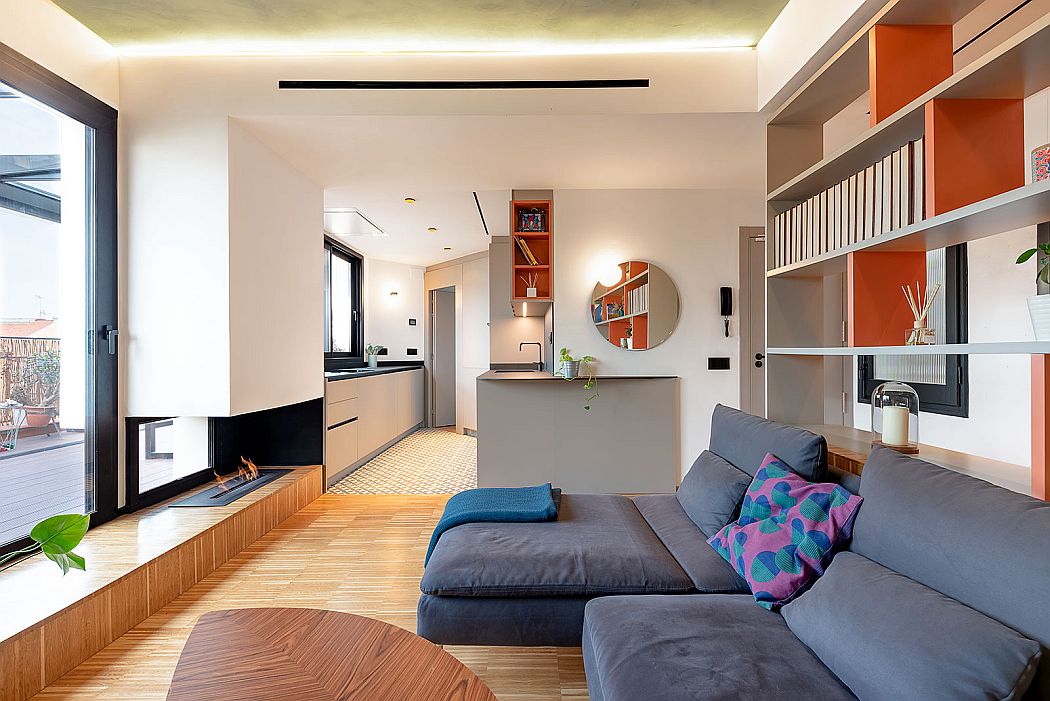 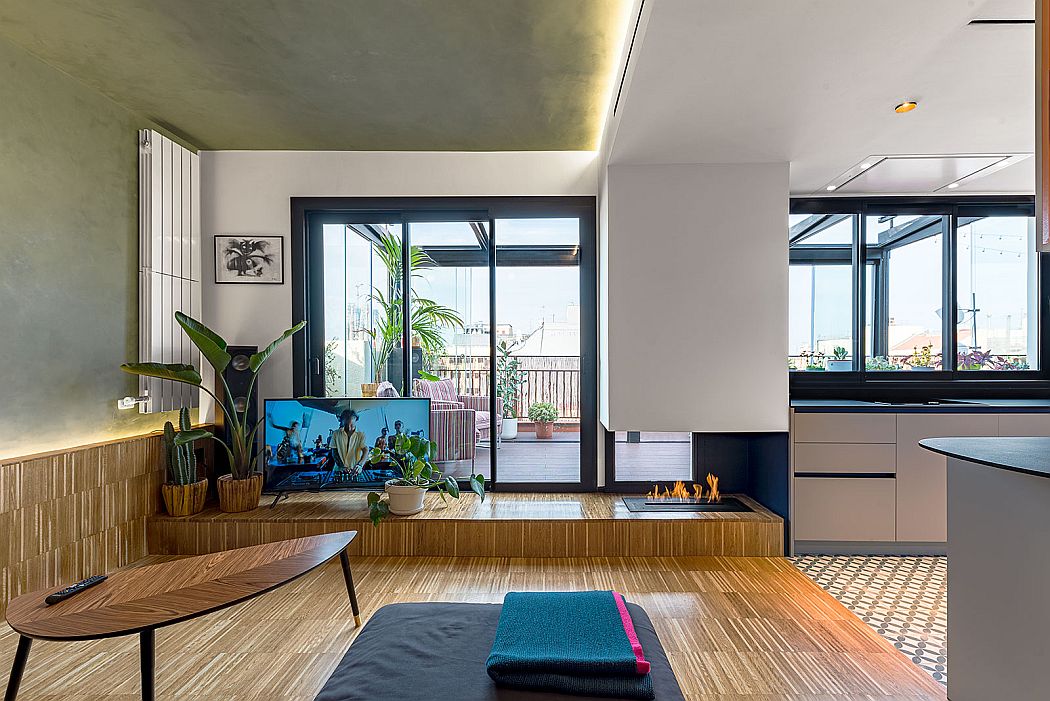 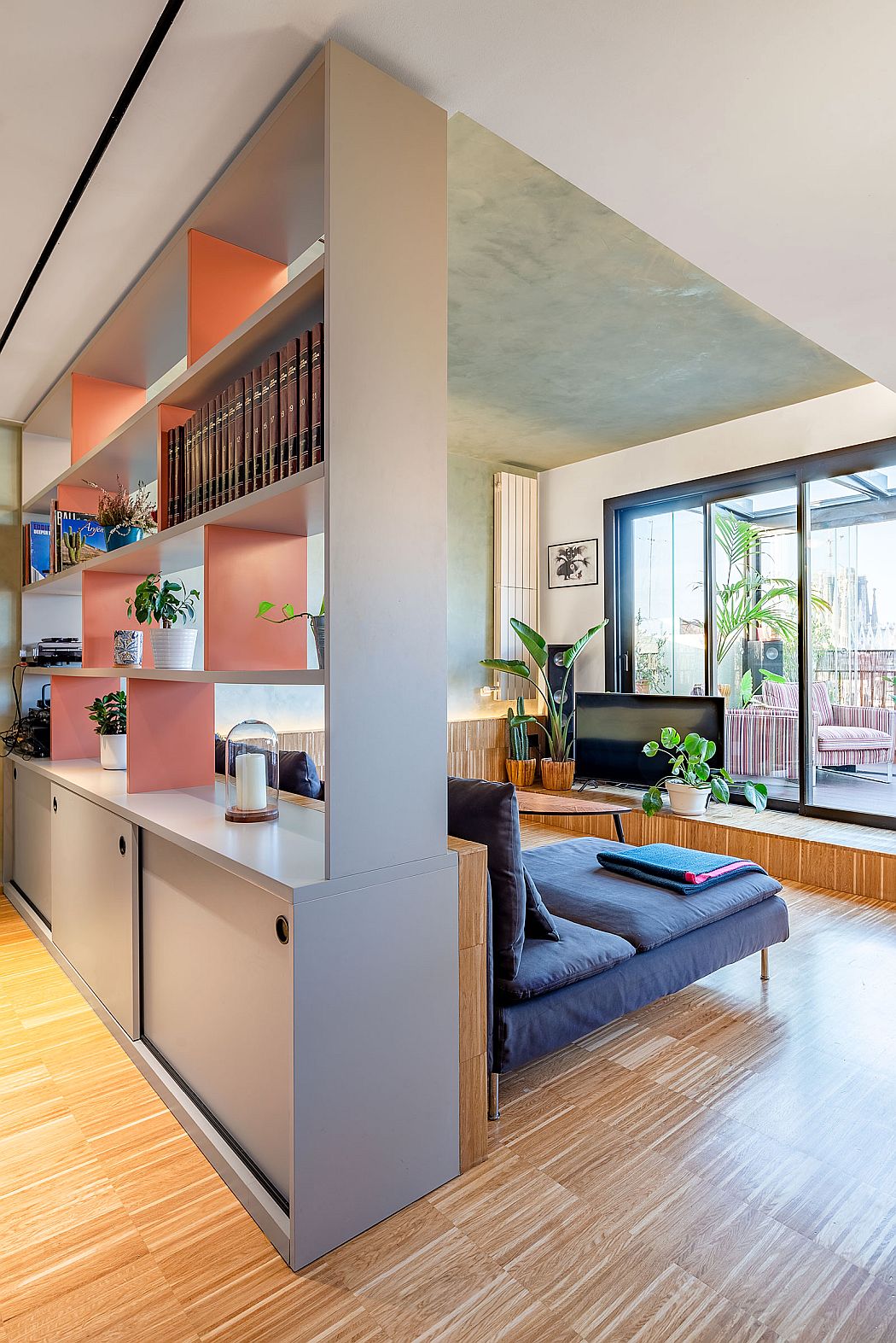 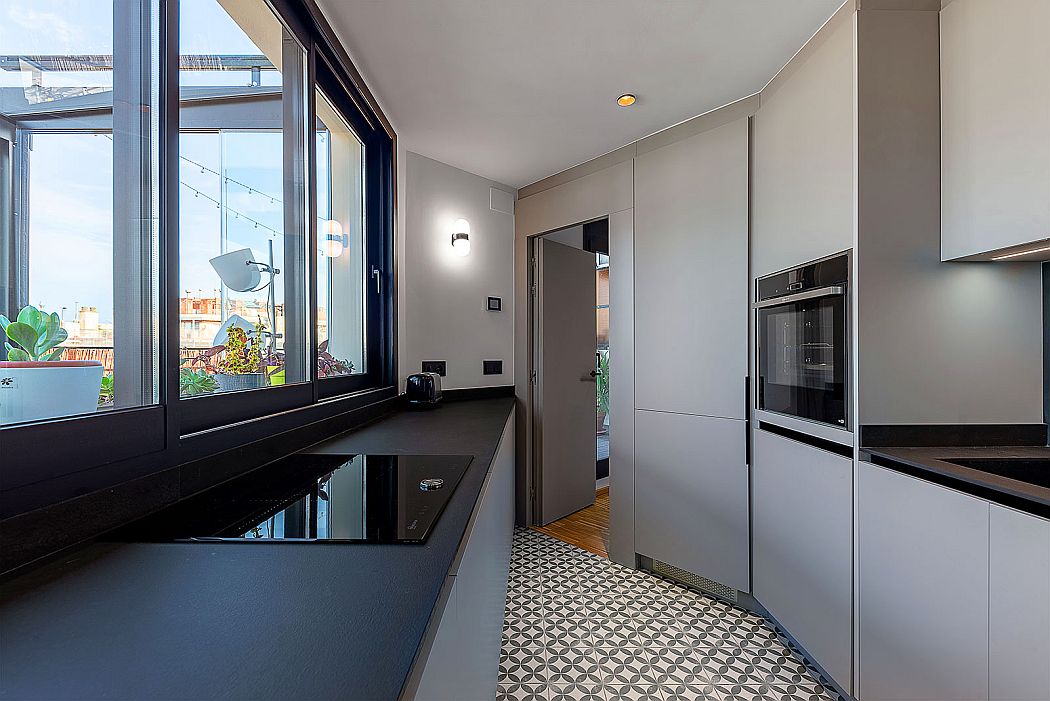 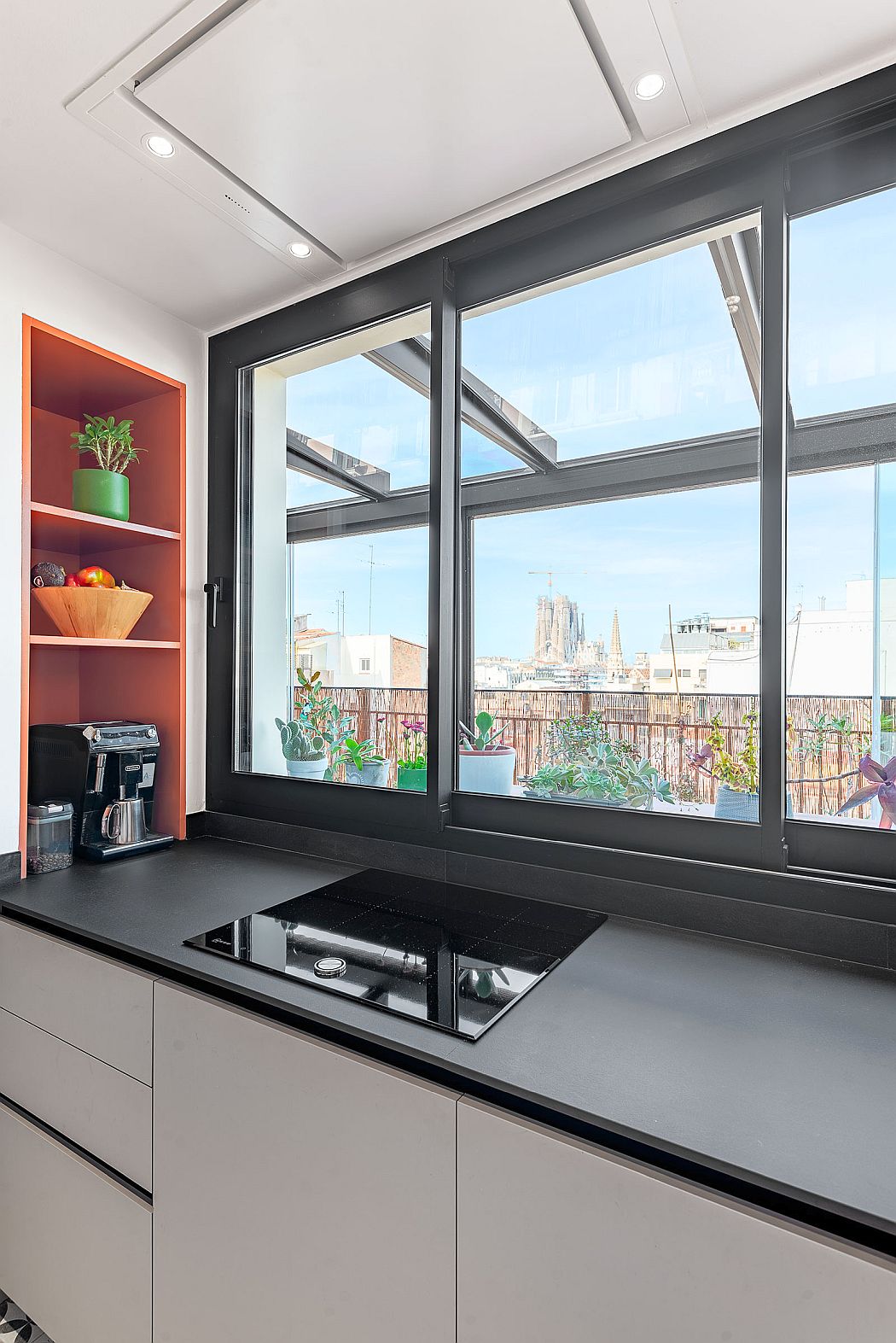 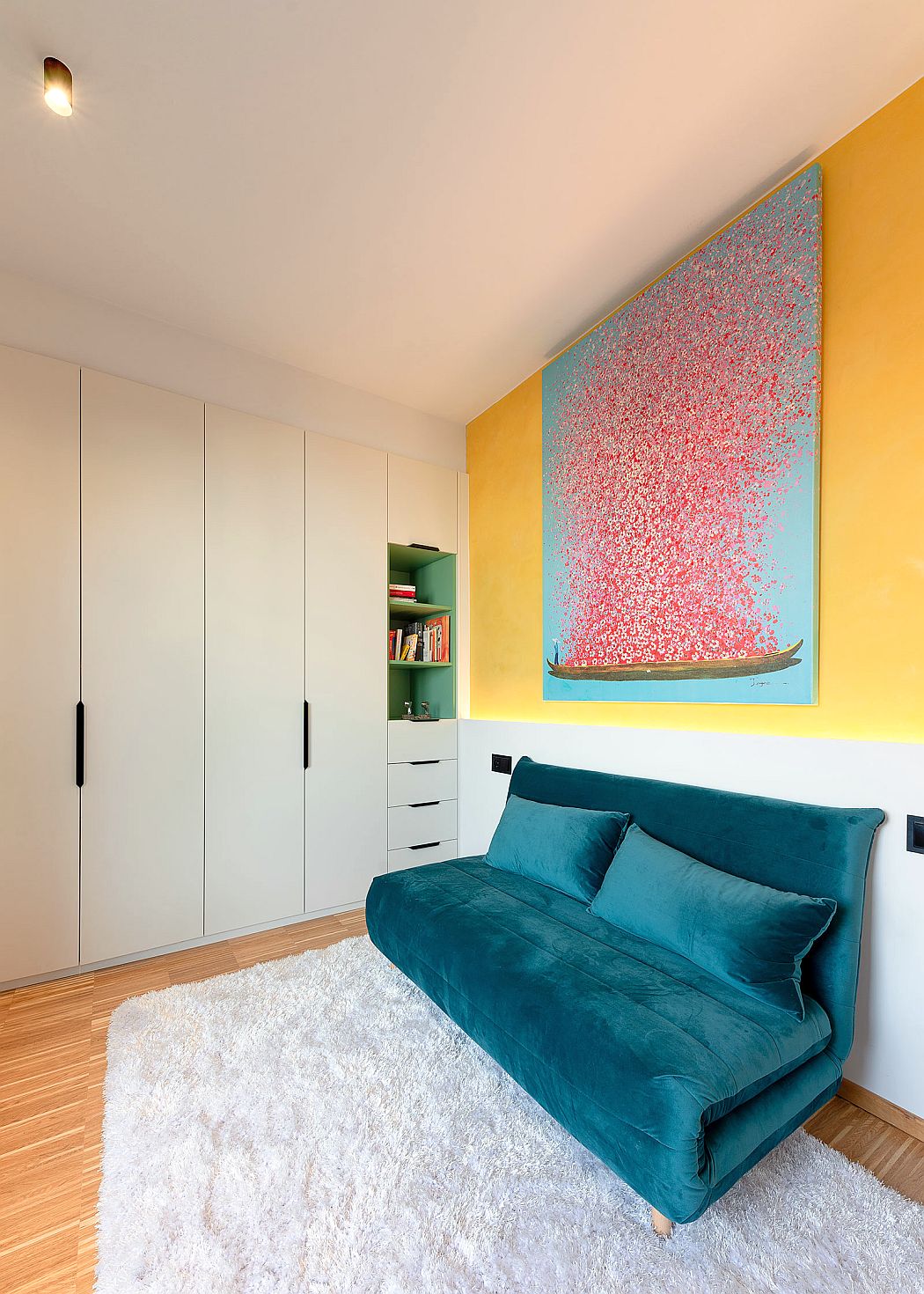 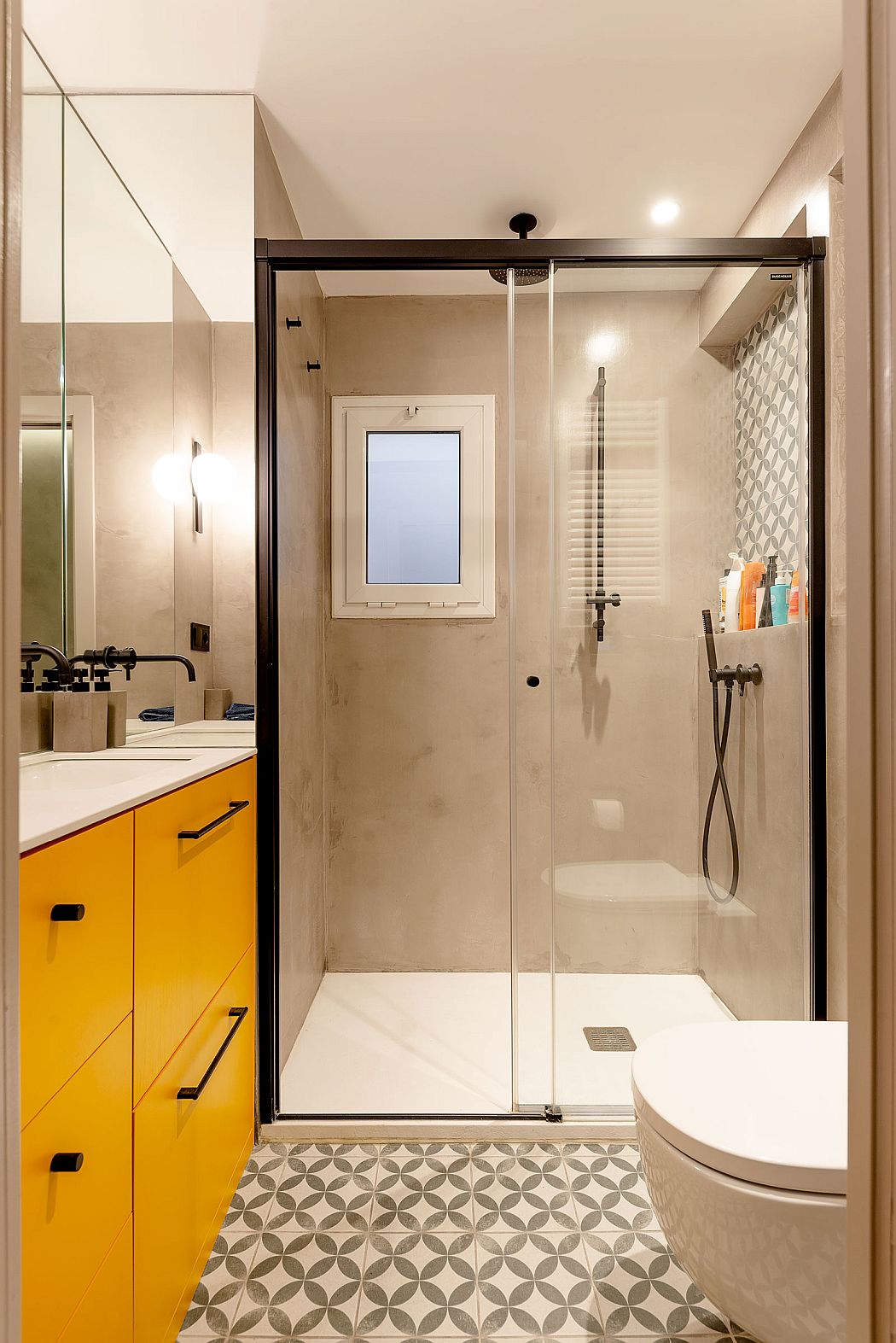 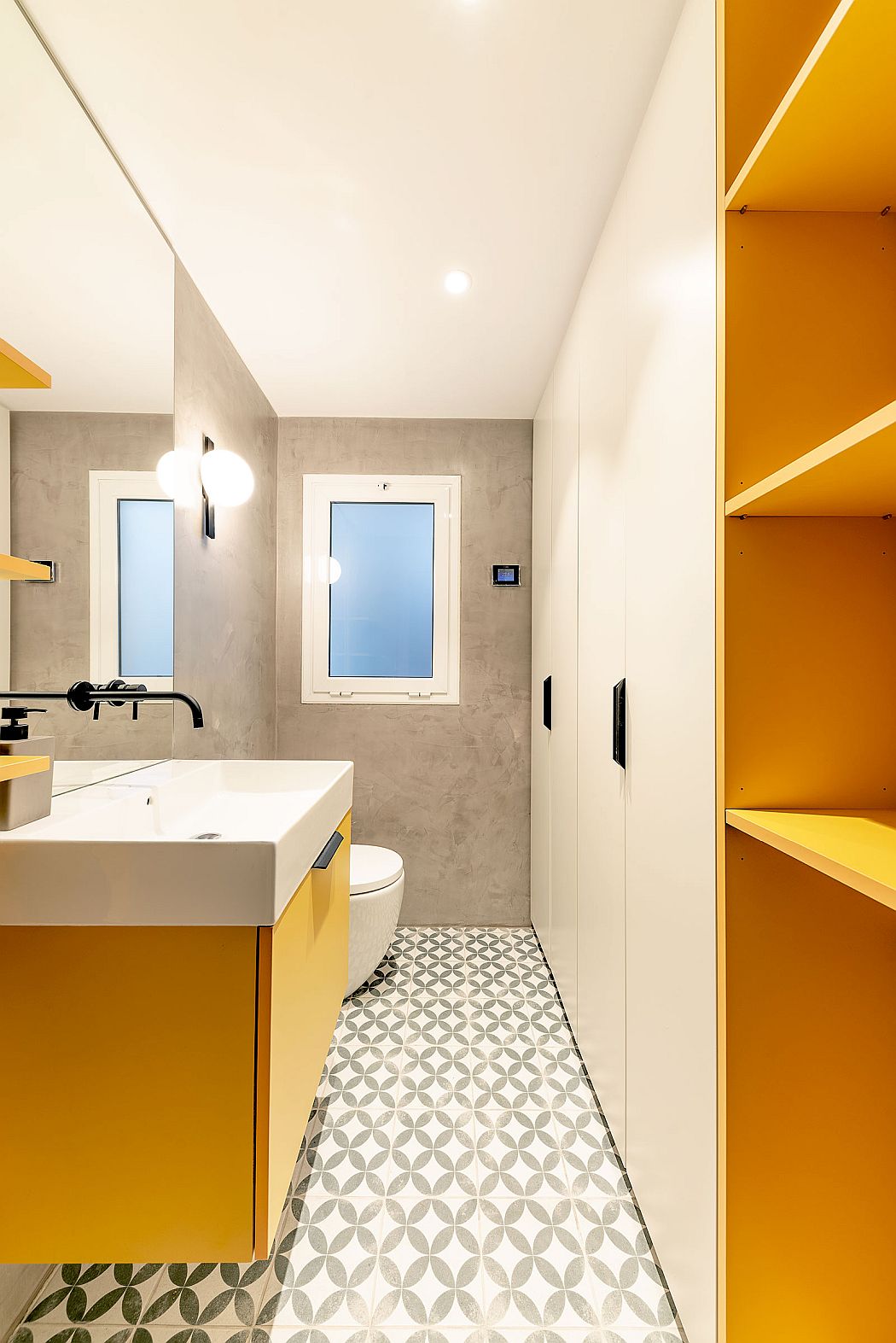 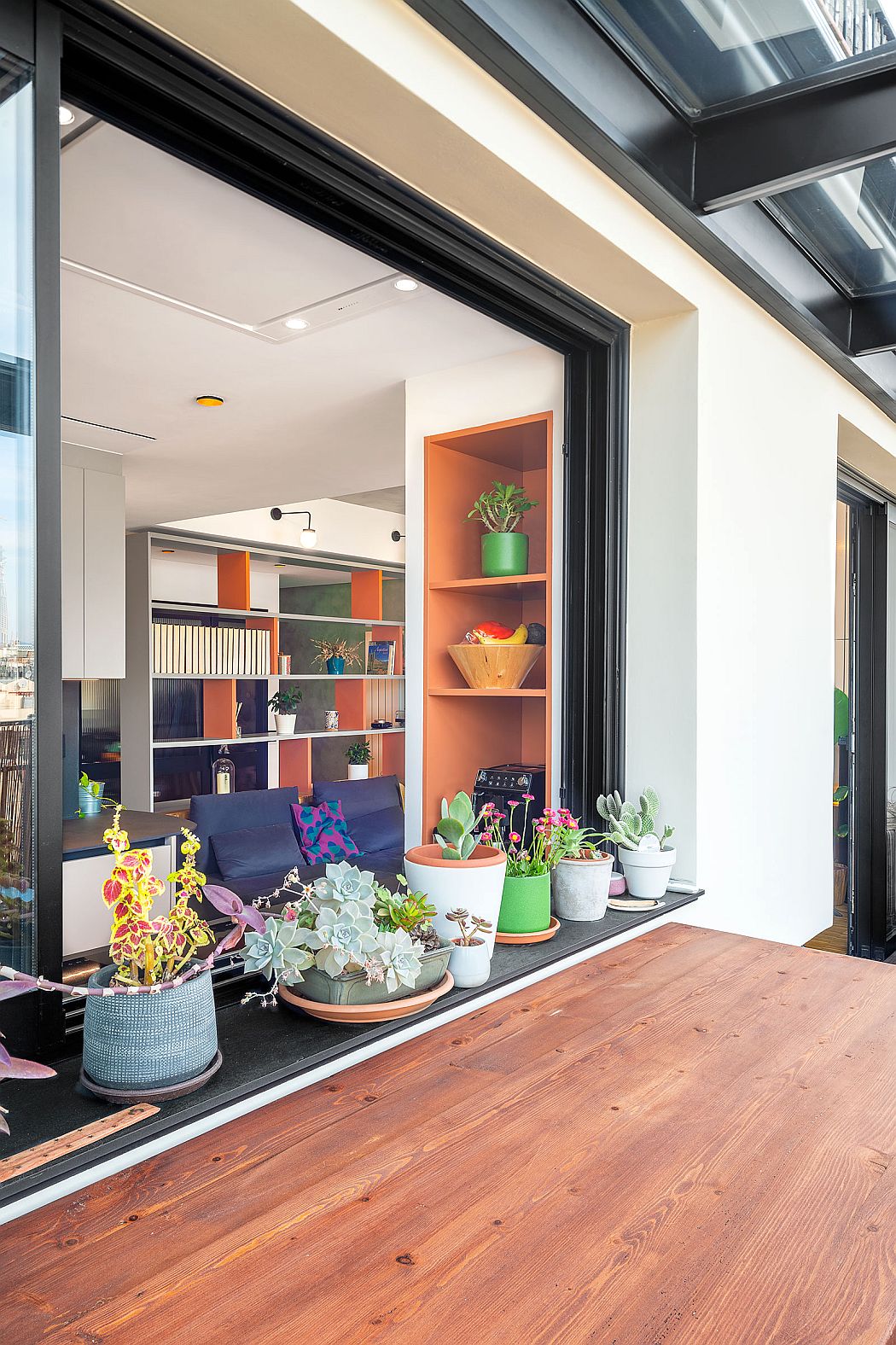 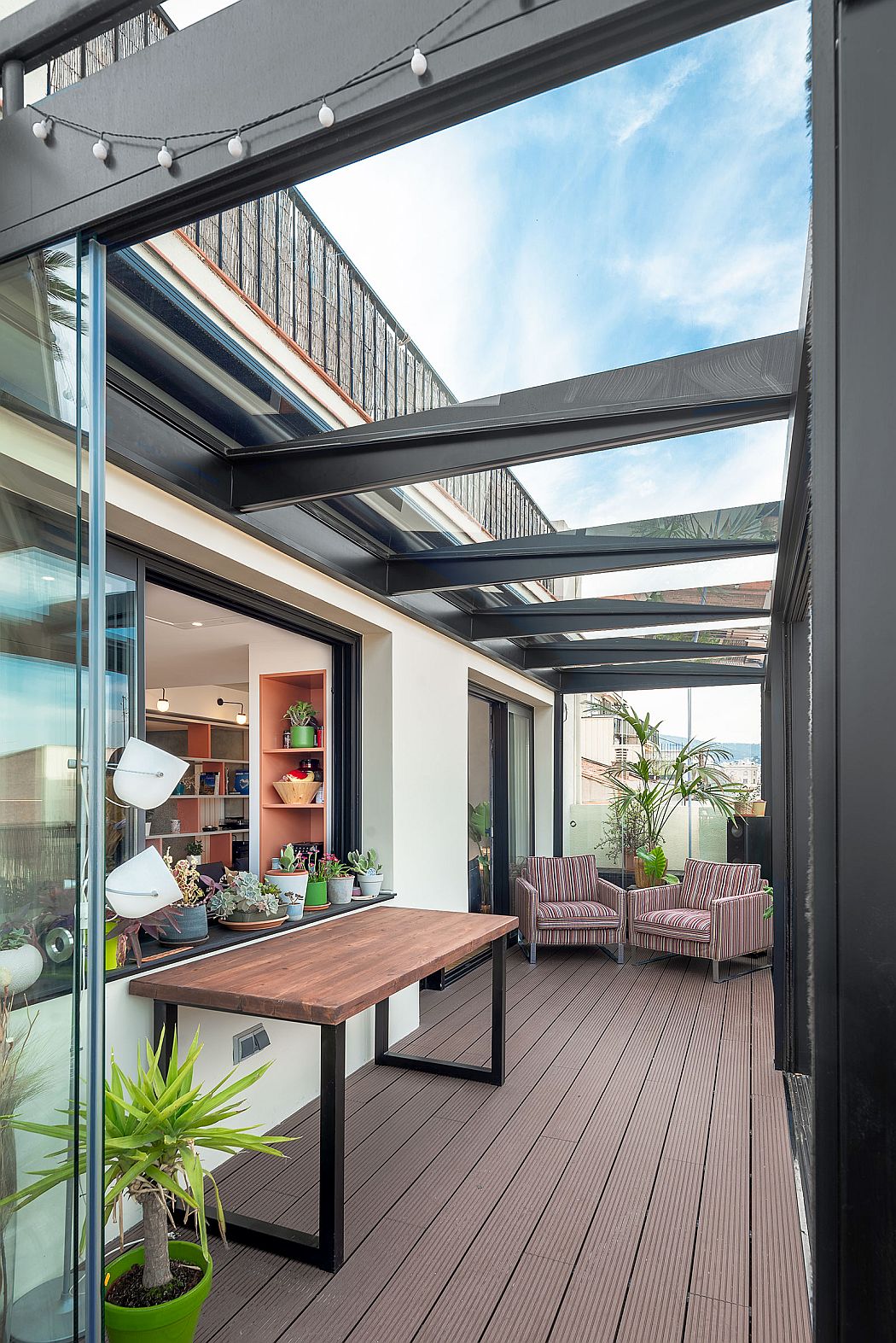 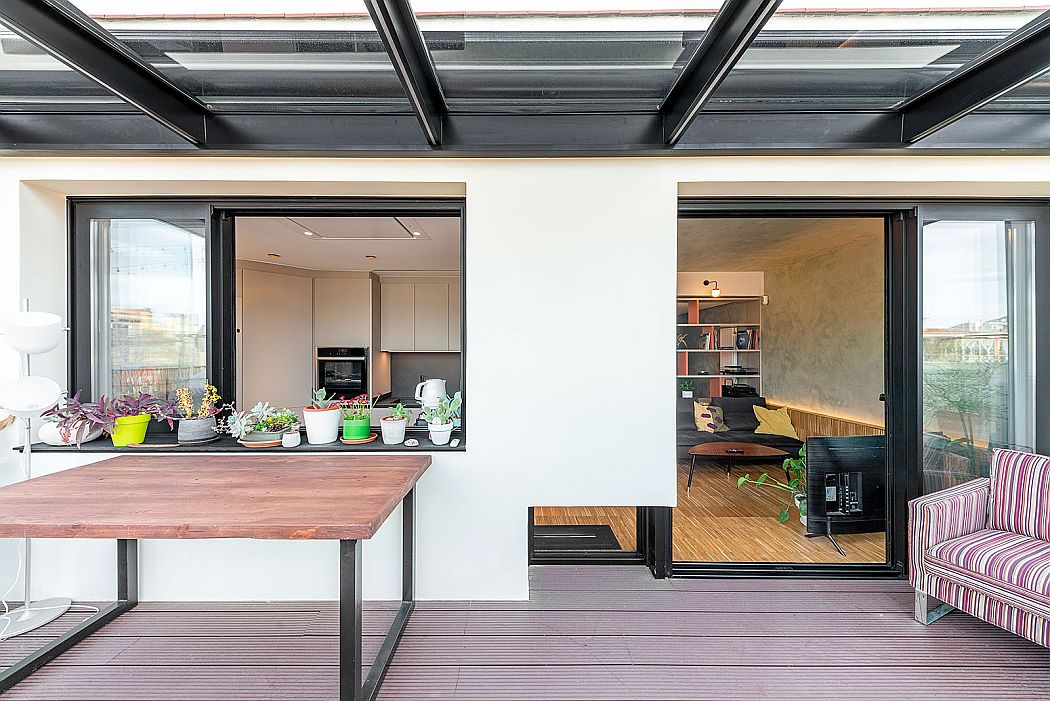 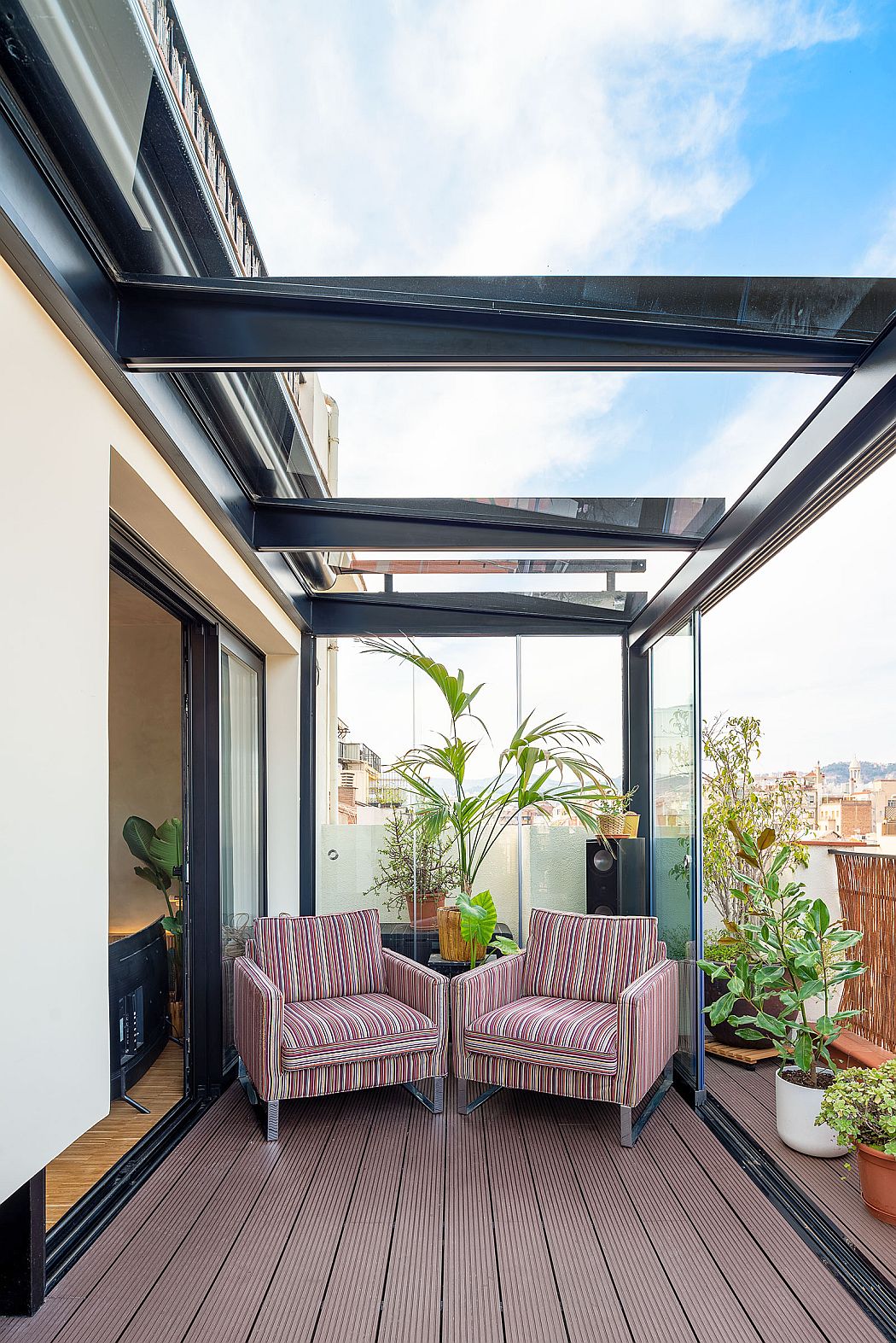 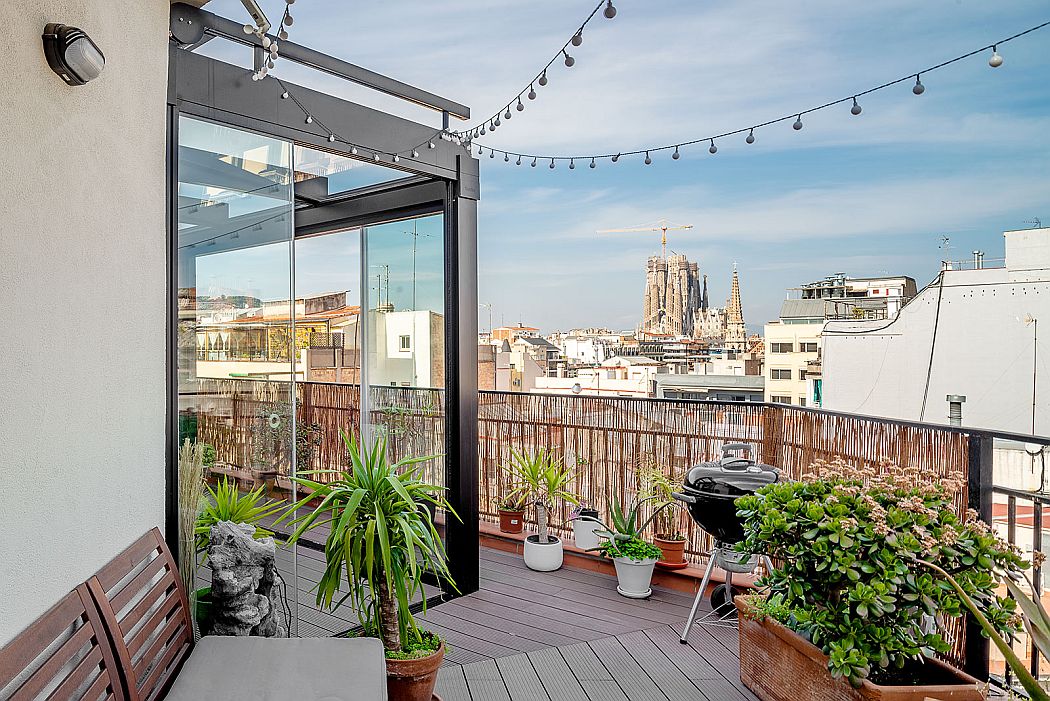 In this penthouse located in the center of the city of Barcelona, the interior space was entirely separated from the fabulous terrace it had. Both the facade and the distribution itself denied the relationship between the exterior and interior spaces, making this rough diamond not shining in all its splendor.

The main purpose of the reform was to interlink the spaces of the house with the terrace, achieving luminous and vibrant environments. Conceptually, it was necessary to flip the way of using spaces to stop giving the back to outer space. The house was sought to live in light, outdoor activity, and the magnificent views seen throughout the city.

To achieve this, the facade was the first elemment to modify, creating the large openings that every house with a terrace should have. Also integrated into the facade there is a focal point from a chimney that will become the axis of the action. The facade passes from being a physical barrier that isolated the house to being the permeable membrane from which the dwelling is lived. From this new element a new distribution is conceived where all domestic actions will flow through this new skin.

Along the terrace are the three key spaces of a house: a bedroom, a kitchen and a living room. From this moment on, life can be made around the outer space without interruptions. A glassy pergola which is also generated, makes the necessary filter between the two, allowing to enjoy the terrace the whole year: in the colder months it offers a protected and greenhouse space, while becoming a textile and ventilated shadow in the warmer months.

The project’s colors and materials palette is a risky and powerful ode to spring. Live and joyful colors efficiently combine with neutral and timeless materials to generate a house where spring is always coming. The inclusion of vegetation in all the spaces completes this contemporary shelter to enjoy the city of Barcelona.