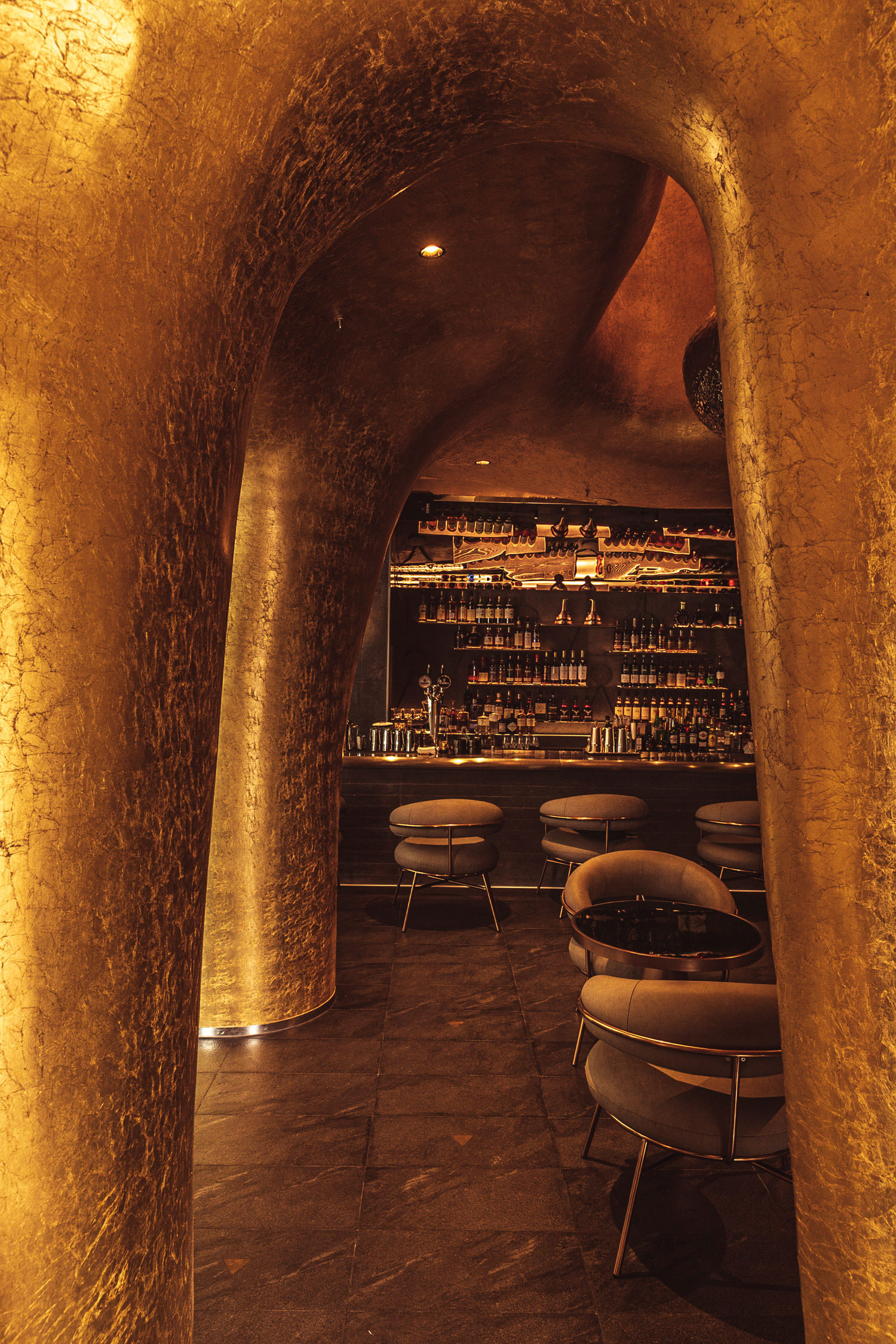 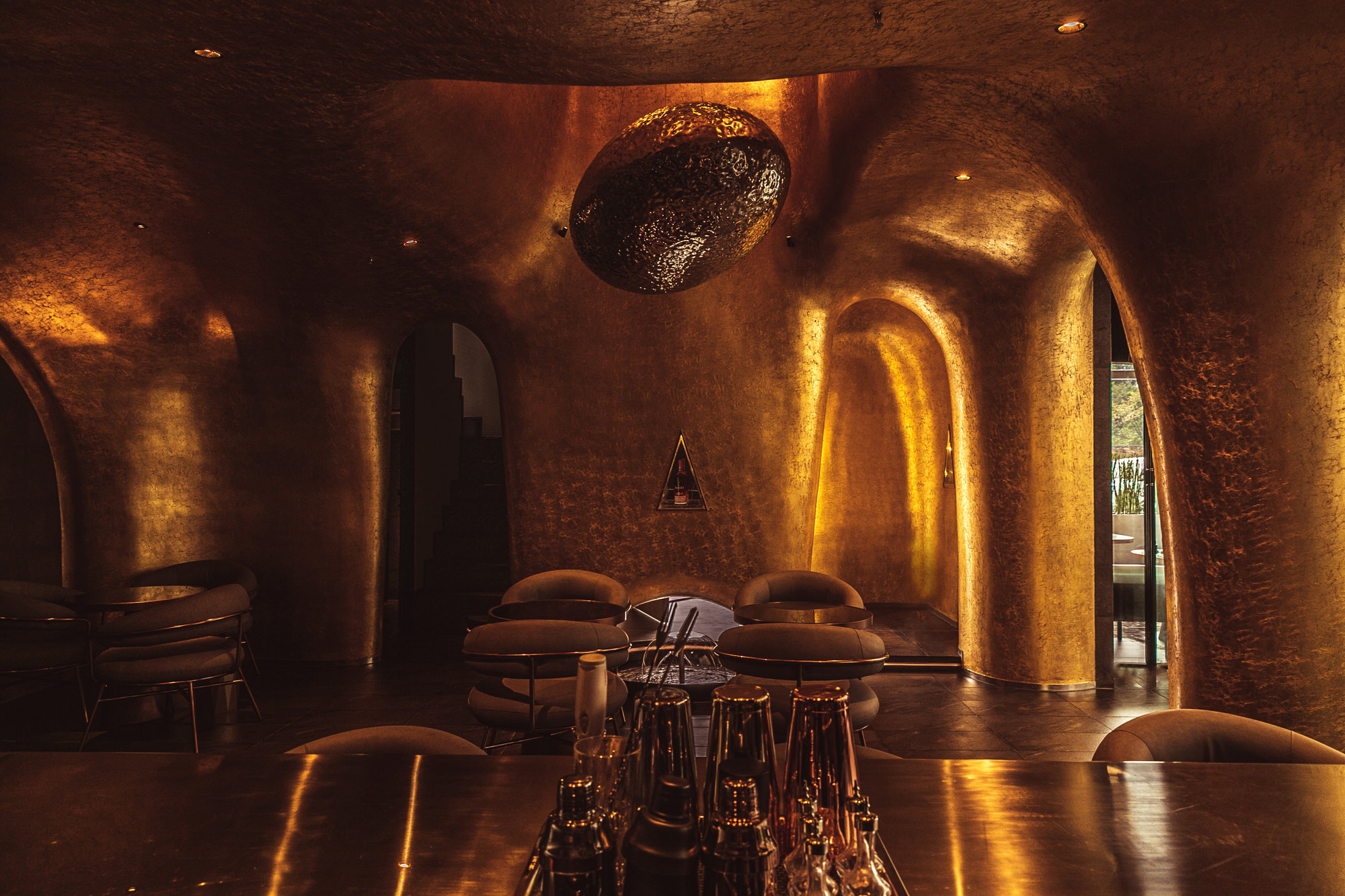 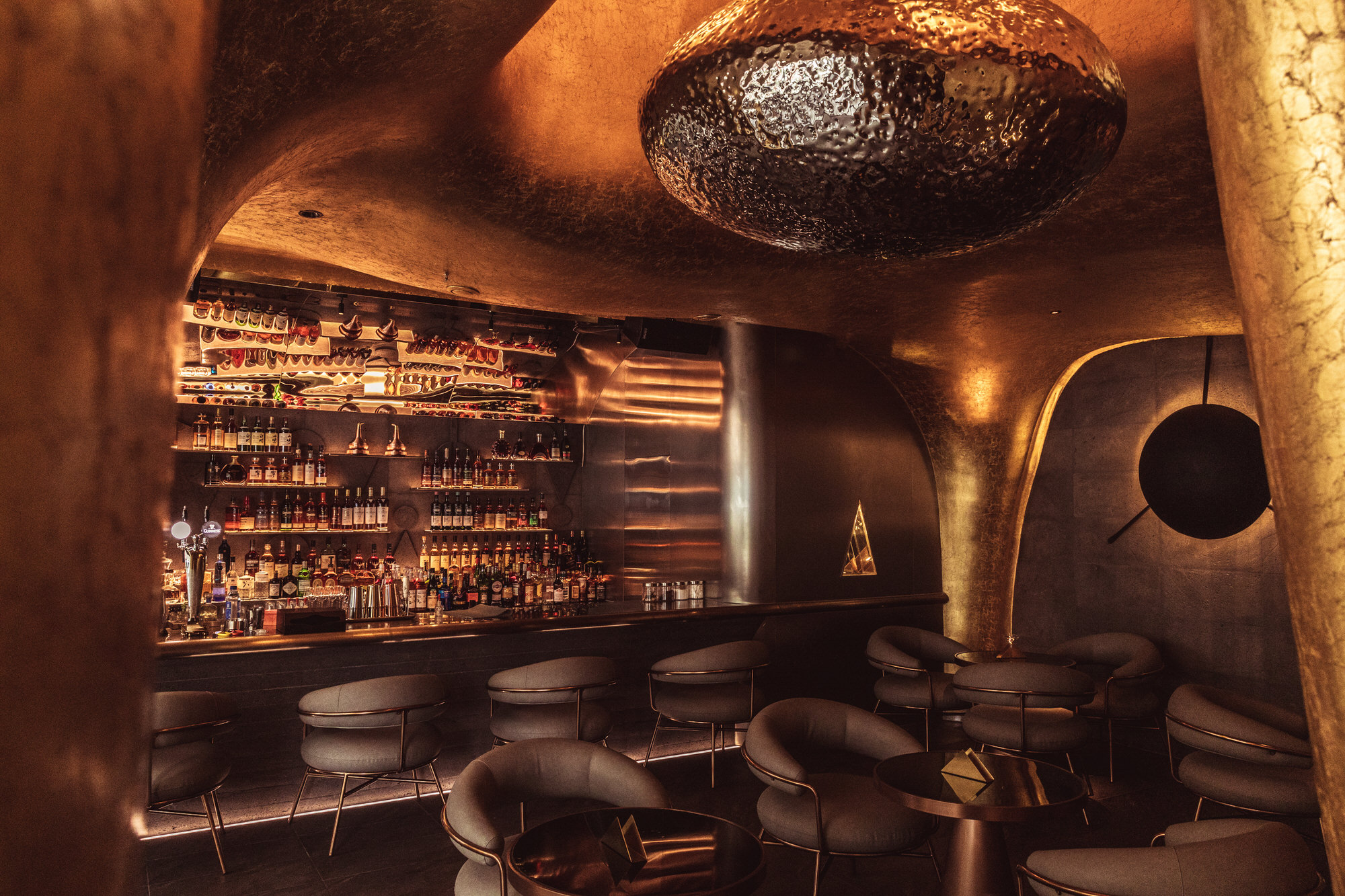 A Willy Wonka world for whiskey drinkers awaits at this bar in , . Completed in 2019, INNS Whiskey by invites guests to be engulfed in the space as they lose a few hours to the spoils within.

Influenced by the distillation process, the interior of INNS is wrapped in rippling copper and honey-hued finishes. Referencing the symbiotic relationship between whiskey and their copper stills, the bar is an homage to whisky culture.

Embodying the meaning of the word ‘Whisky’, which is ‘Water of life’ for the uninitiated (I am one of the recently initiated), the interior transports you to another world, one that takes place entirely inside a whisky distiller. Snaking walls guide patrons through the rooms while a wrinkled spherical device floats in the deep cove ceiling. Drunk on materiality, the space feels more like an art installation than a .

Integrating and organic forms into the existing 150 square metre rectangular floor plan, the end result is an inspired departure from the familiar masculine tropes of whiskey bars. Given is notably malleable, just one of the reasons it’s favoured amongst whiskey distillers, it was the perfect material choice to form the chubby rounded corners and arches that define the inner shell of the cavernous interior.

Experiential down to the smell, a small pond gathers at a floating wall spiked with whisky – the scent absorbing patrons further into this singular world. 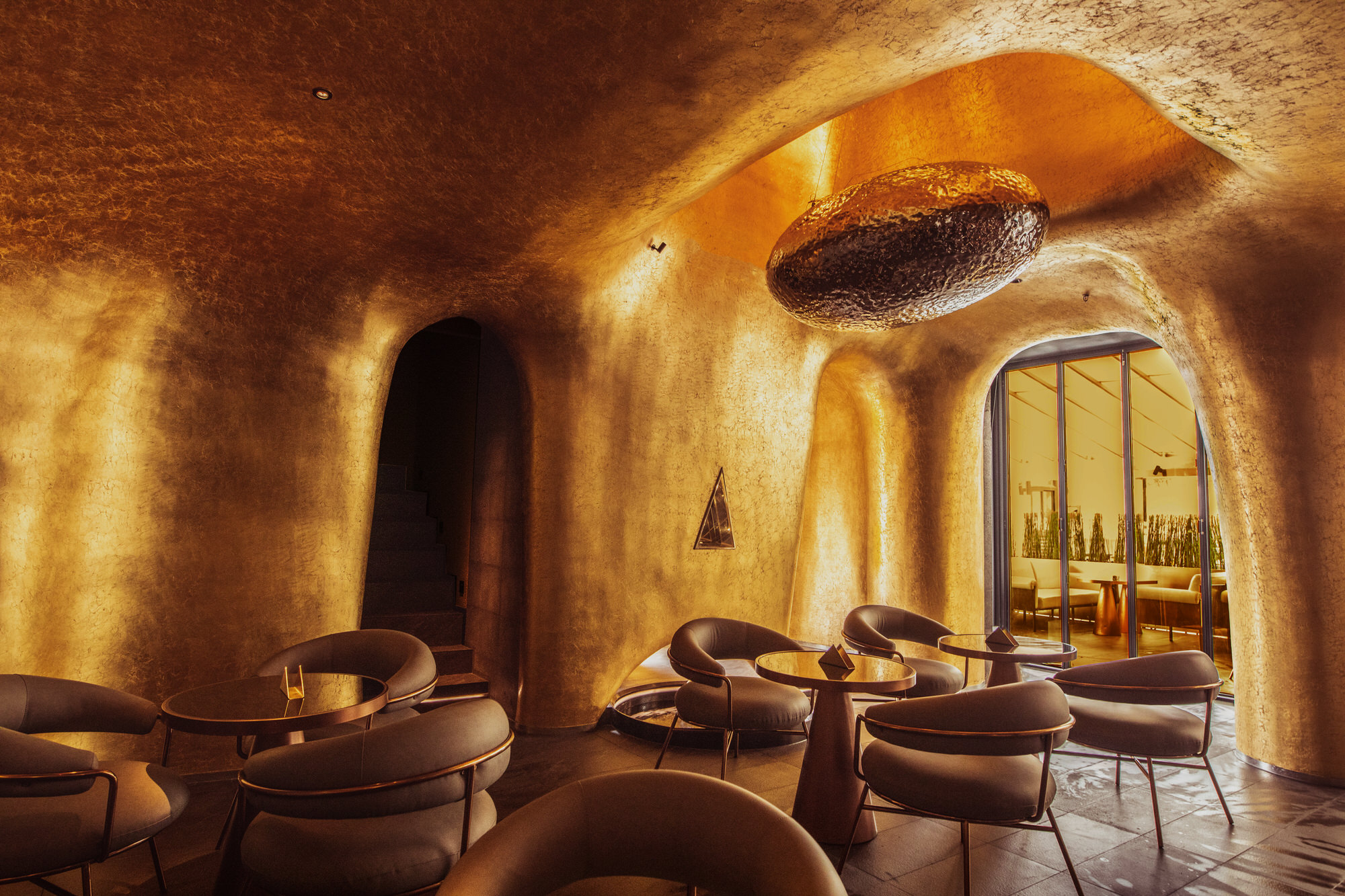 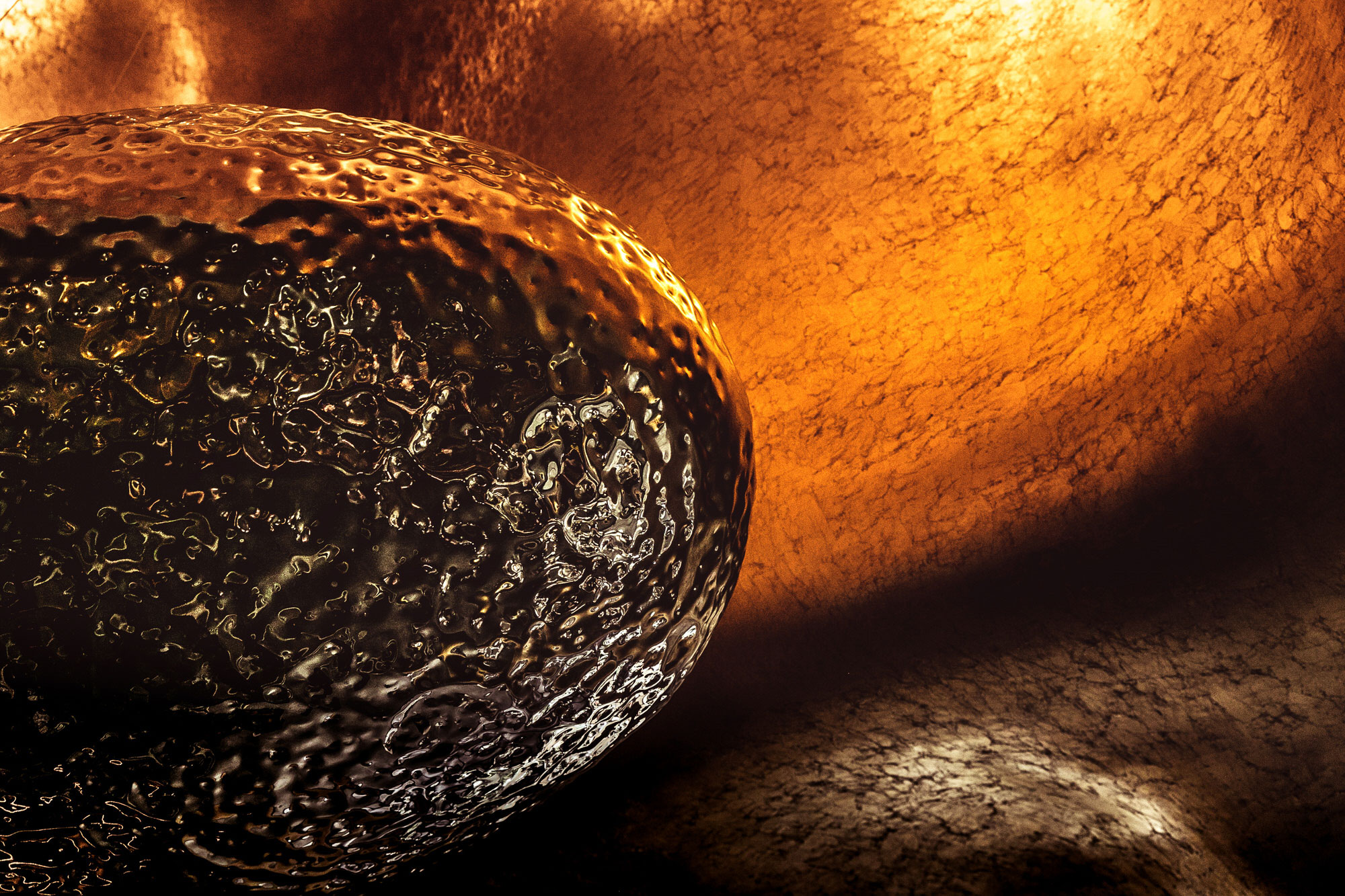 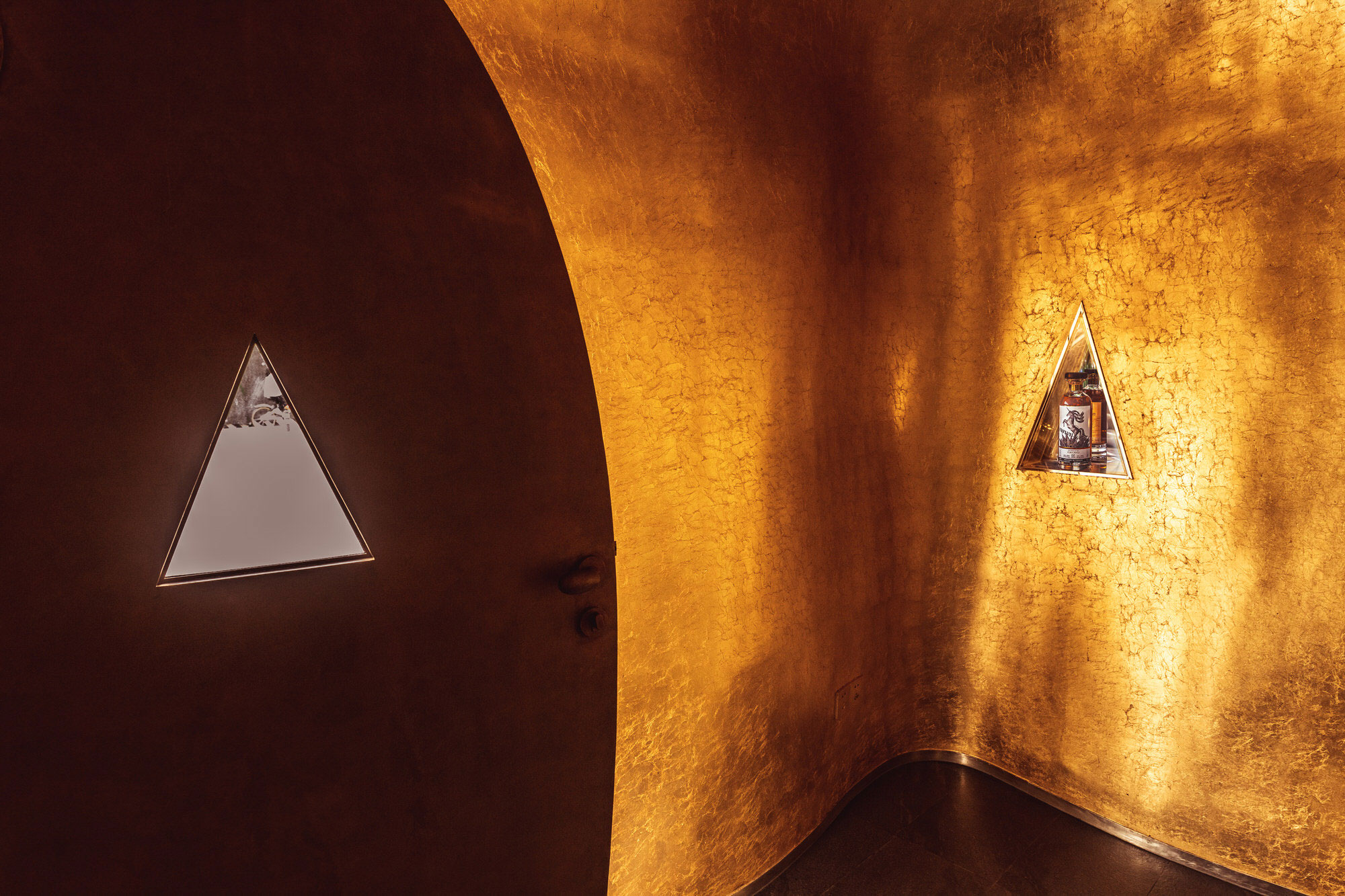 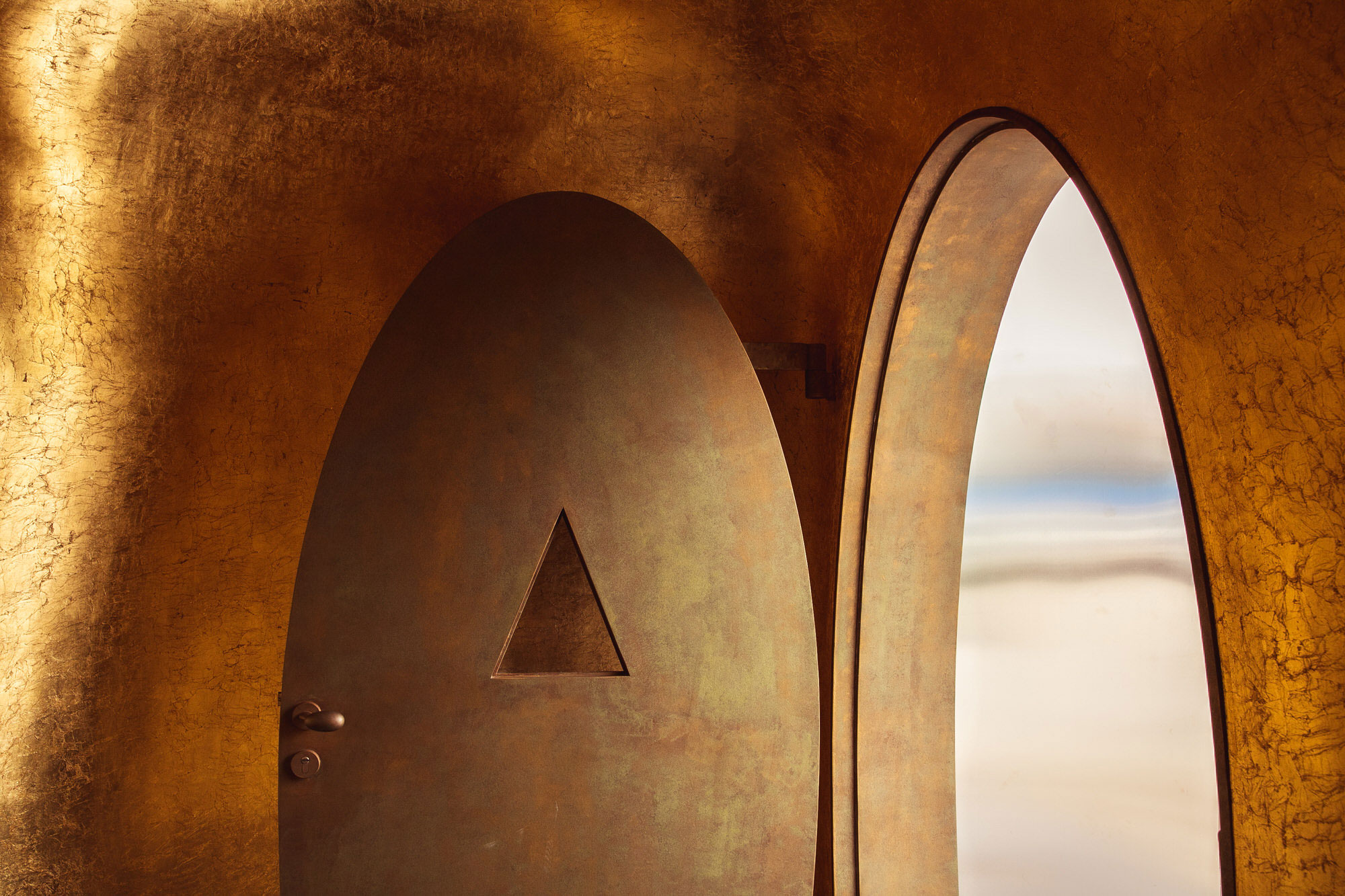 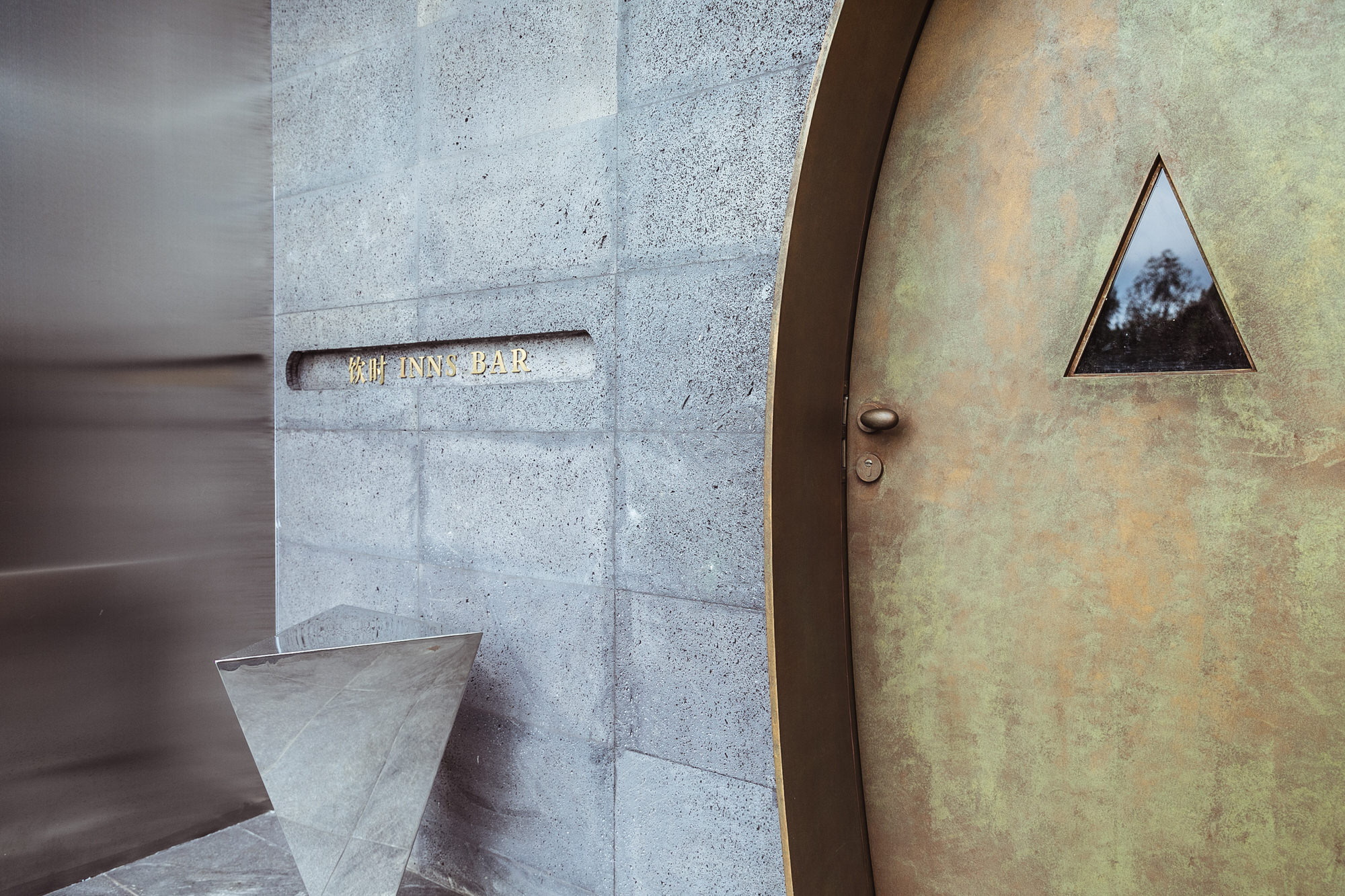 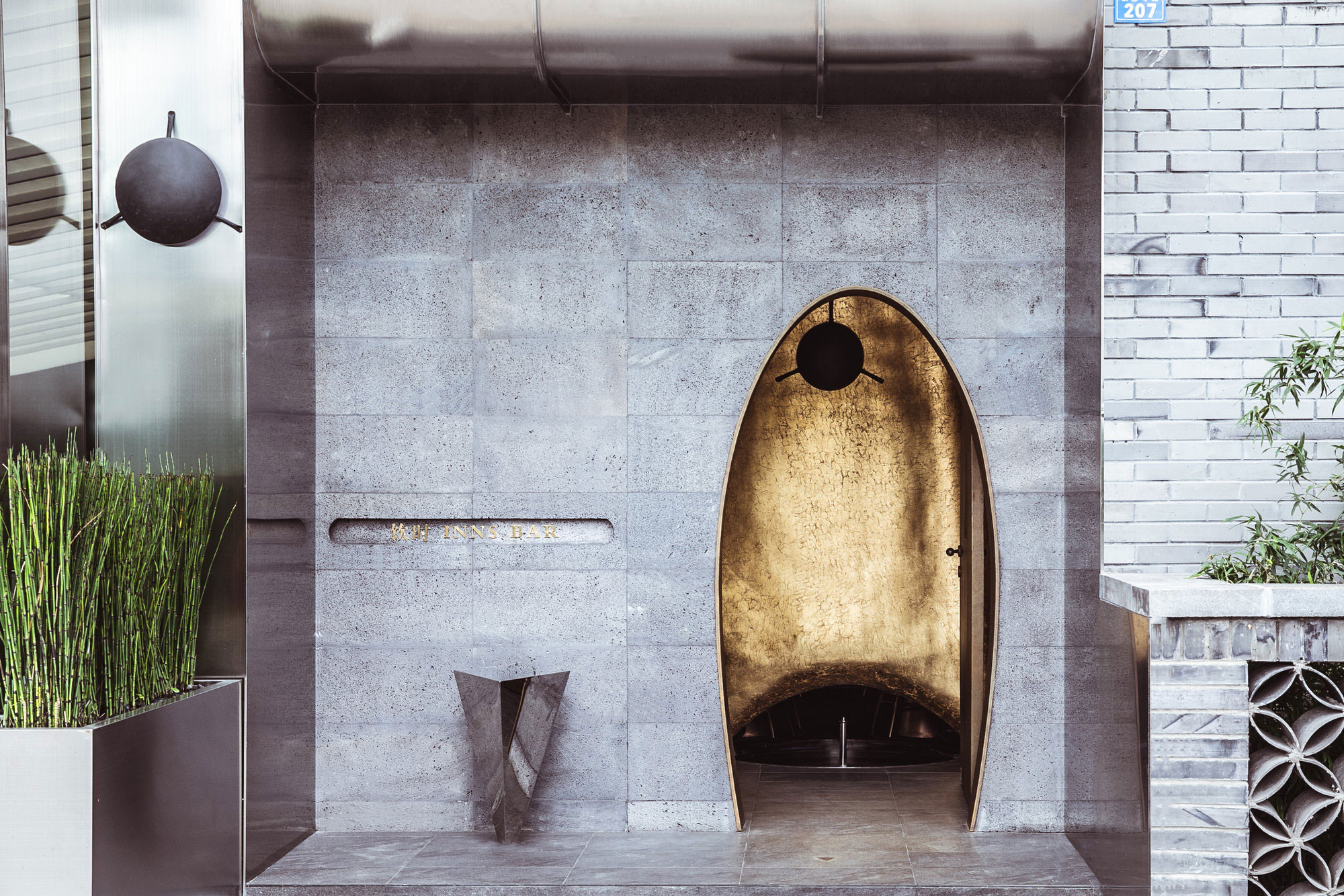 The sleek and mysterious entrance only hints at what can be found inside. Volcanic ash tiles and chrome accents complement the oblong-shaped door. A shiny patina covers the door, muted in comparison to the , honey hues found within. While a cheeky triangle porthole engages the more curious of passers-by.

This maximalism of materiality is characteristic of Wooton Designers – the space itself acts as an art piece, while the decoration is kept minimal. Leather and volcanic stone add depth to the warm palette, the earthy materials anchoring the space.

Geometric symbols embedded in the volcanic stone bar wall represent time, with whiskey of all ages lined up against the grooves, ready for tasting by keen aficionados.

At INNS, whiskey, space and time fuse together in the silkiest of blends for this lush and otherworldly bar fit-out. We’ll drink to that.