Designed by Fon Studio, Donghulin is an inspiring house built in the mountains in the western area of Beijing City, China. 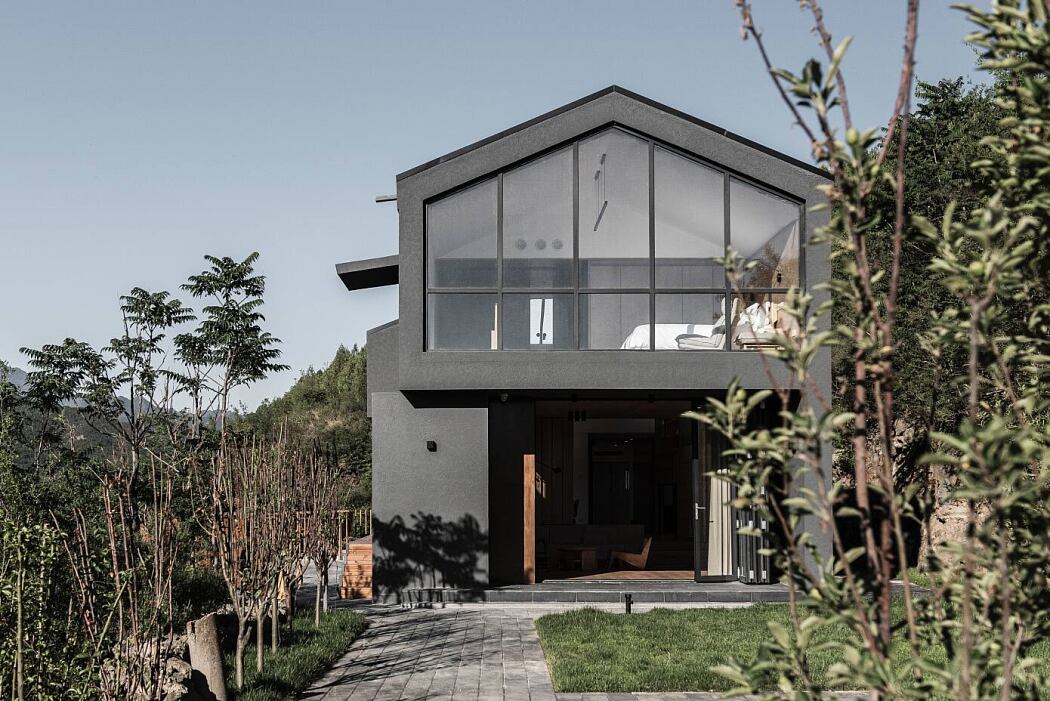 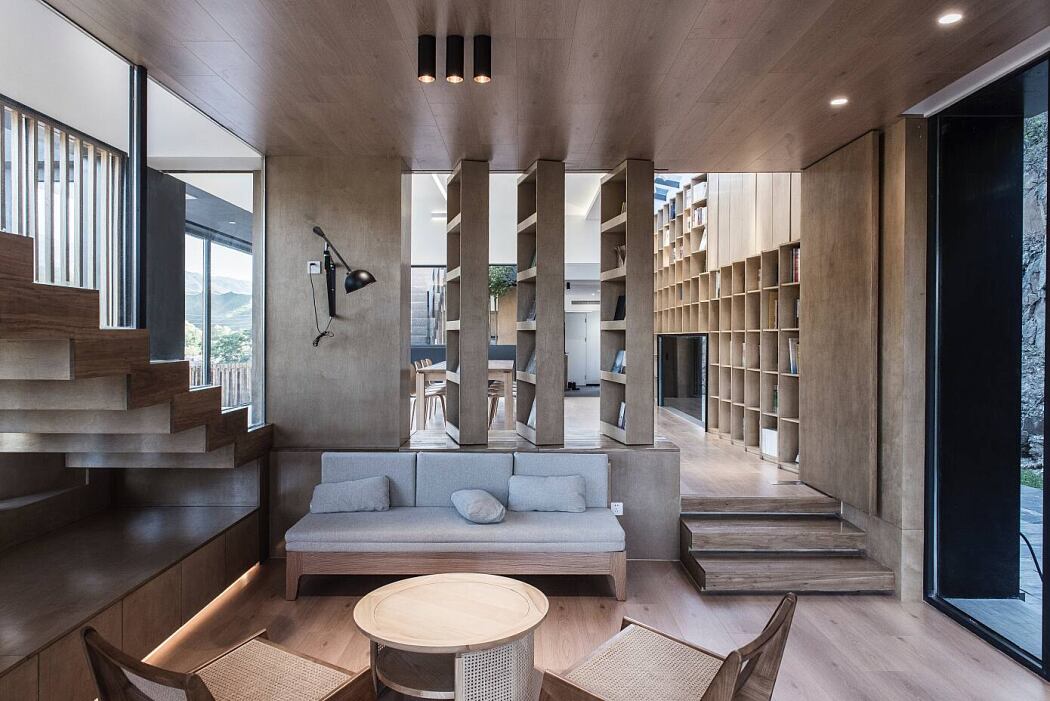 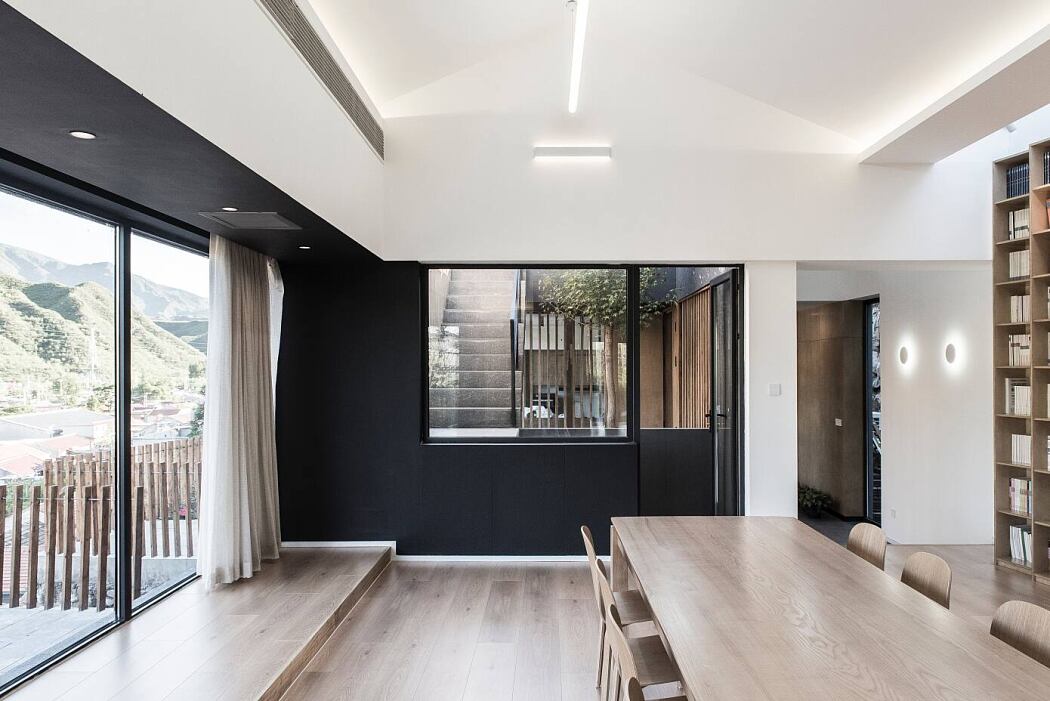 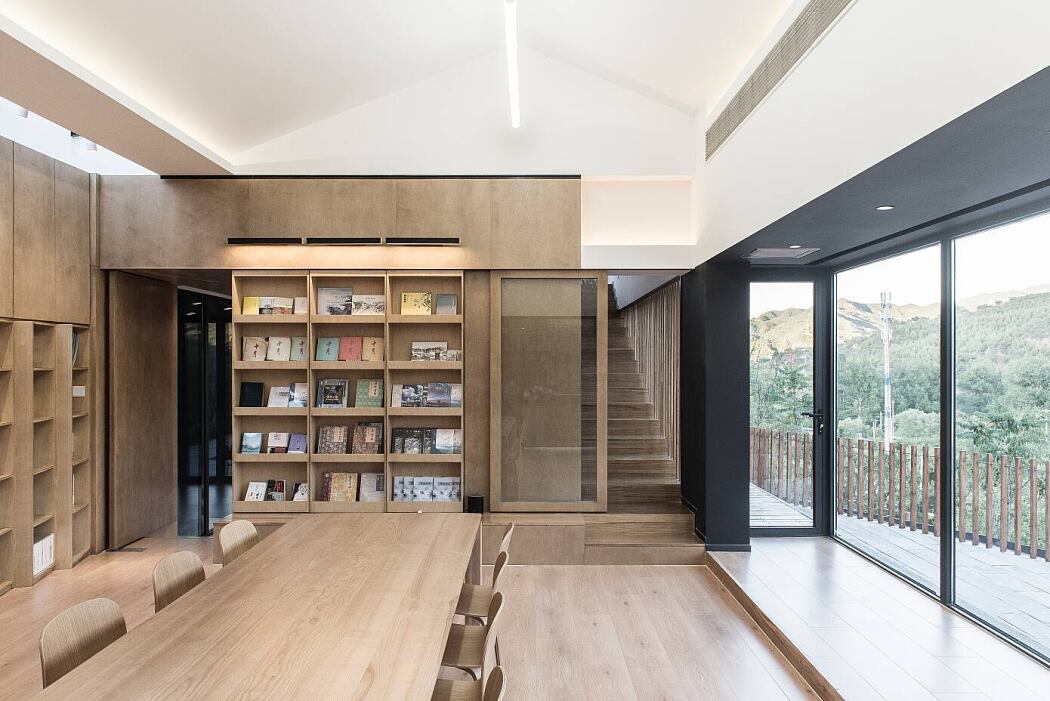 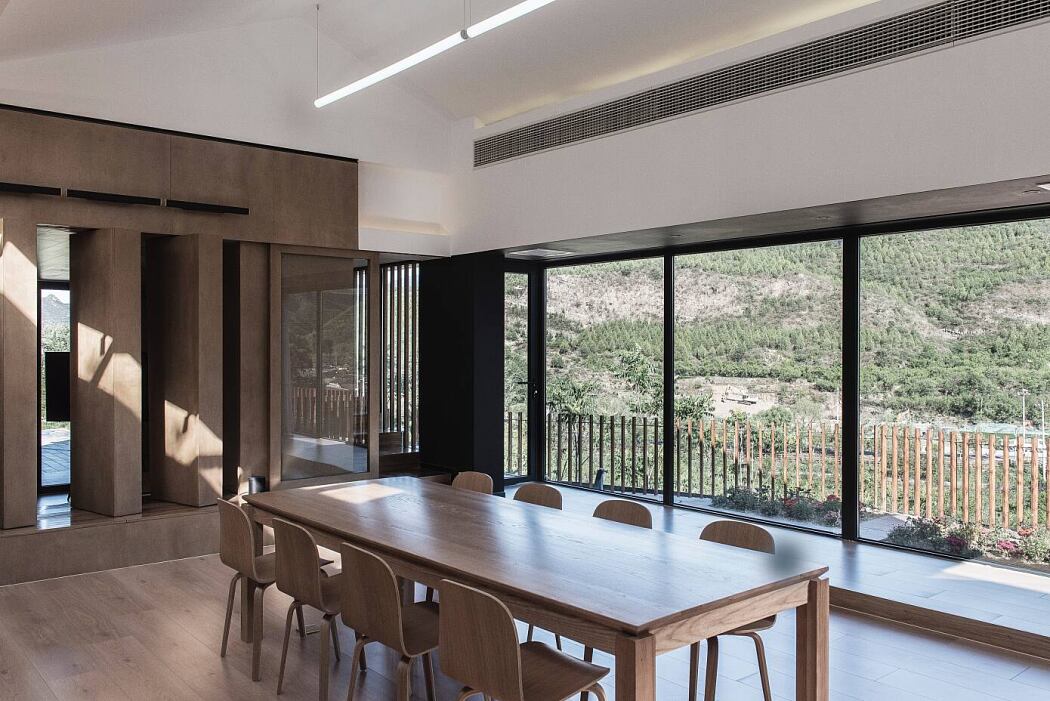 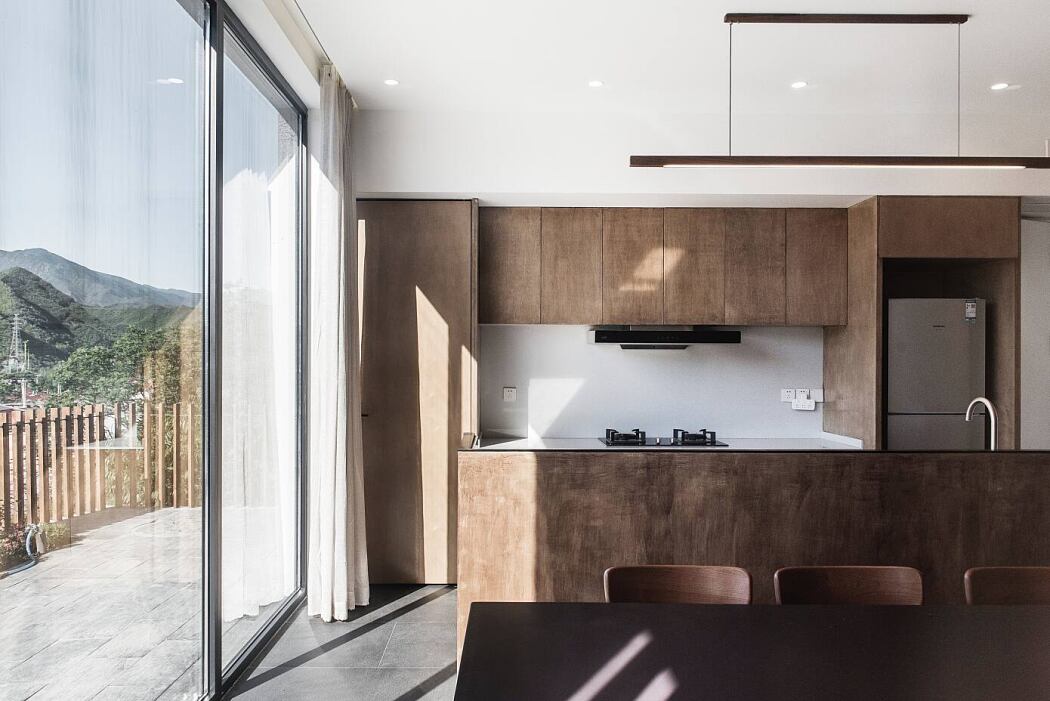 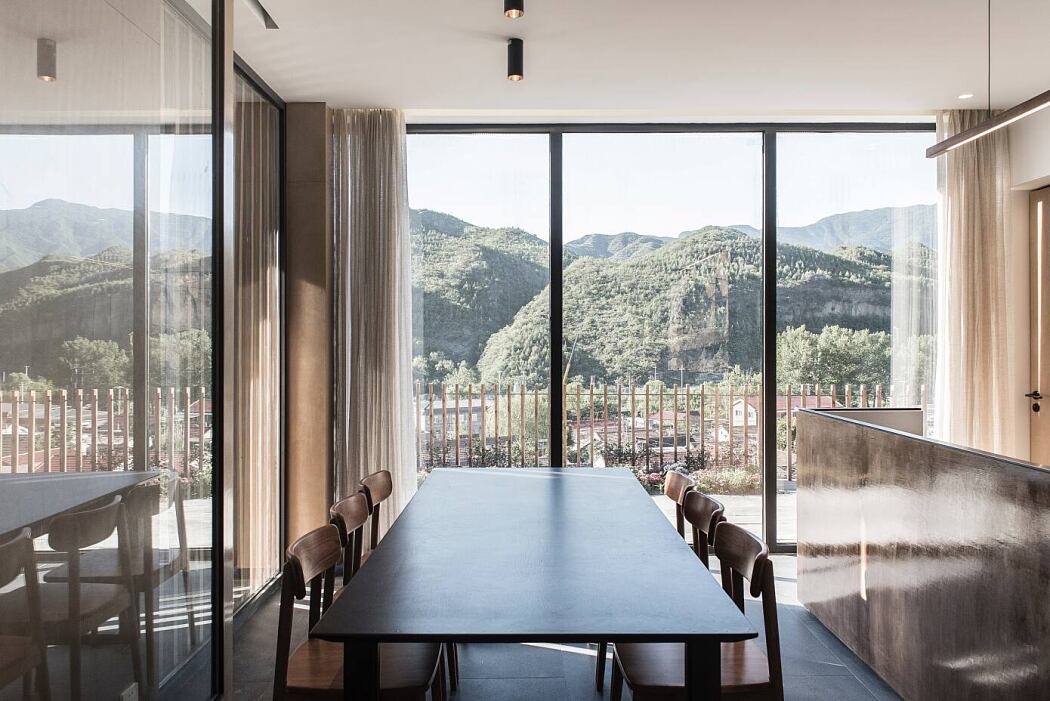 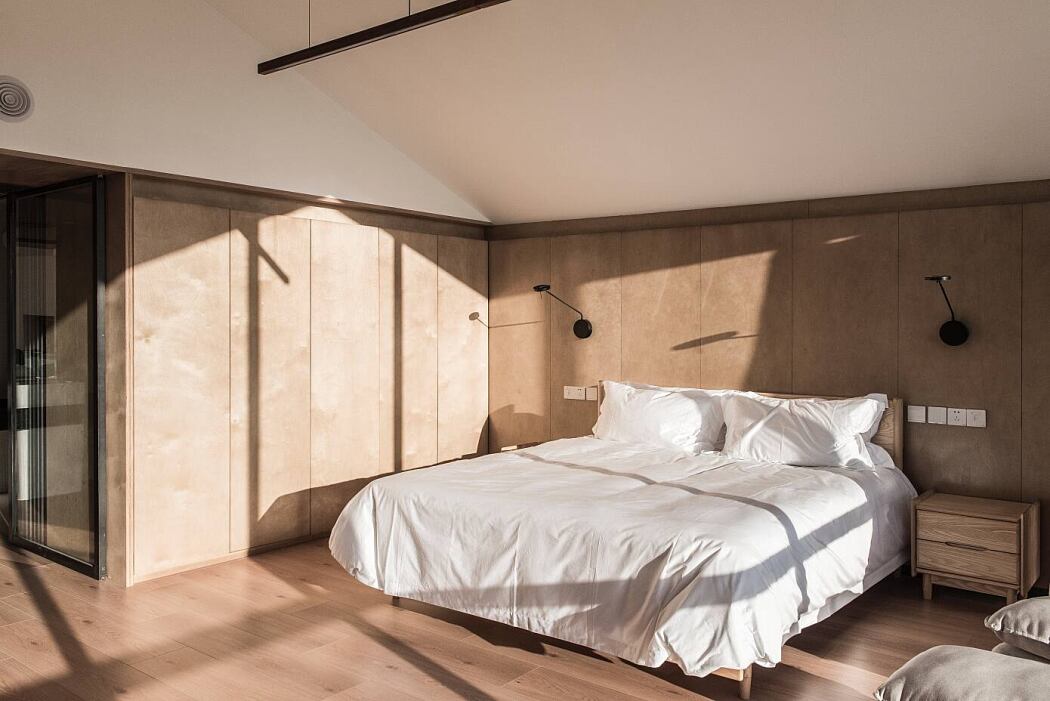 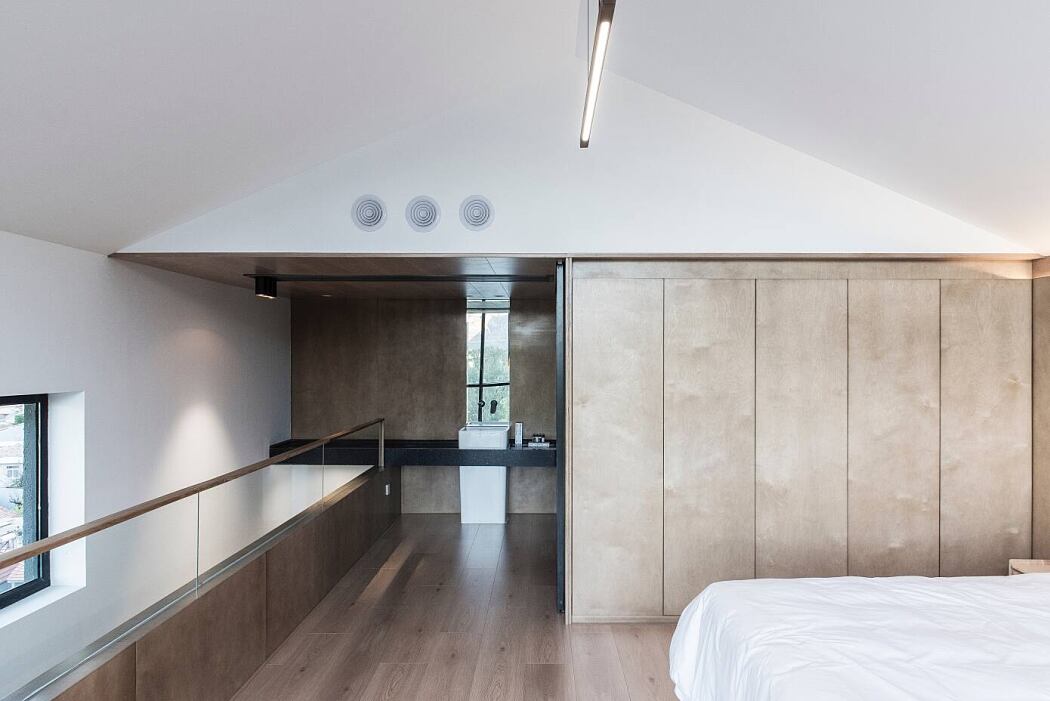 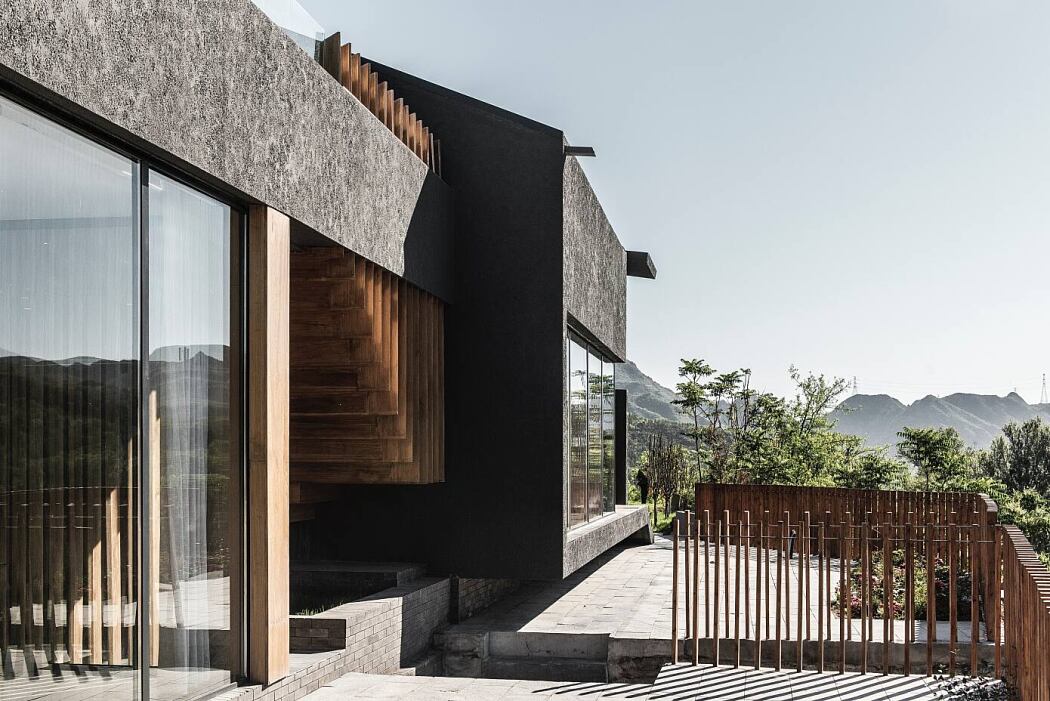 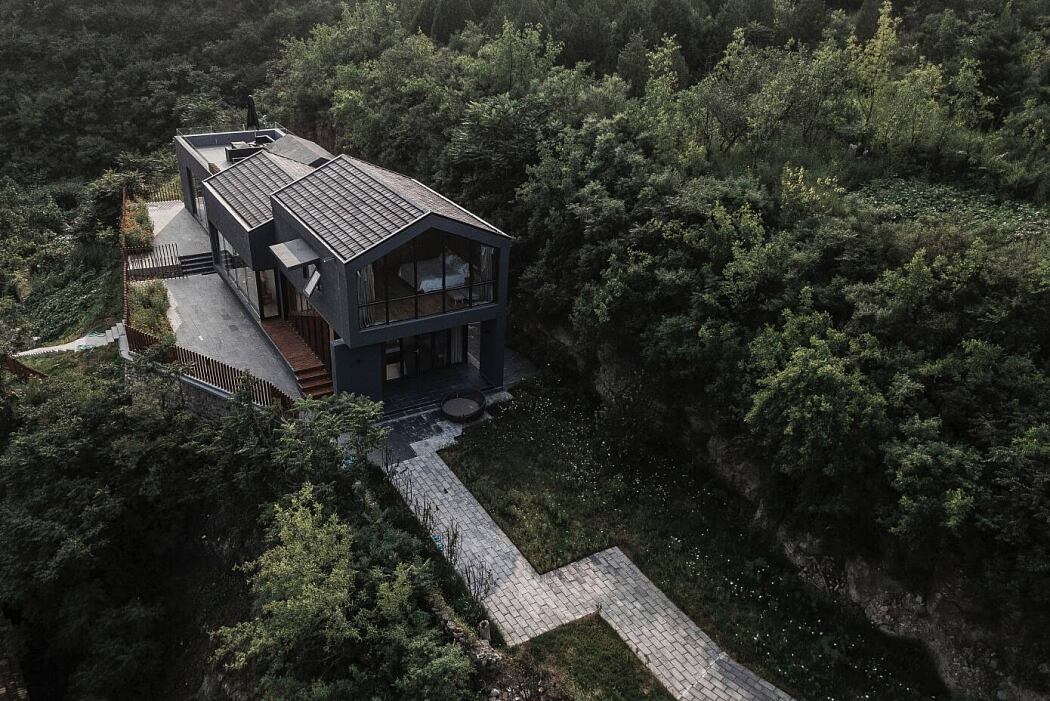 In the western area of Beijing City, numerous ancient villages scattered among the rolling hills. Although most of the historical relics have not been preserved, the lifestyle of the local folks on the hills remains as it has been for centuries.

The collaboration between Donghulin Village and the enterprise prompted an opportunity for a small, local residence to be built on the mountain. While numerous inspiring ideas concerning the pending project had been raised in the beginning, such ideas indeed would take numerous specific actions to be realized. Even a small residence on the hillside would have to go through various ups and downs before it could be fully completed within more than half a year.
The first time we went to Donghulin Village was in late autumn. Immersed by the surrounding forest, large and small houses stretched from south to north, which is no different from the common buildings in the suburbs of Beijing. The building is located on the mountainside, looking down to the village below, enjoying a luxurious view. Before it was rebuilt, it had been a common residence of the villagers, which was hardly livable due to disrepair. The instructions of the new owners, as well as the legal regulations make it rather clear that the traditional architectural style must be preserved.

The design concept of the building is simple and clear. We responded to the height difference of the site in the form of pitched roofs and designed a well-bedded residence that is seamlessly attached to the mountain. Although it is a guest house, in the overall functional layout, the number of the guestrooms is quite limited, and a large public area is reserved to provide the operators as much operational flexibility as possible.

In order to maintain the harmony between the building and its natural surroundings, we introduced a dark greyish hue. Three pitched roofs of different heights separate the functional layout of the space, and thereof the gaps formed rhythmically responded to the natural landscape. As the building is located at a certain altitude, an outlook from any given direction brings an interesting view, from up close to a far.

Entering the building from the south entrance, the height difference of the space creates a staggered partition between the various functional zones, thus forming a certain circulation. At the same time, the lighting from the roof and the windows on the wall make subtle changes over time, bringing an immersive experience.

A great portion of the open activity area in the middle is not spatially separated. It is a space extending to both sides. At the junction of the sinking meeting area, a set of flexible and moveable bookshelves activate the possibility of space changes. When this possibility is fully exploited to display the spatial flexibility, visitors will obtain the impression that the space is indeed integrated into nature. We use the mildest texture board to match and mimic the texture of the mountain, so that the volumes in the residence create an interesting shape and form the unique design language of the space.

Following the wooden stairs into the bedrooms on the second floor of the east side, one would find the space quiet and cozy, with a clear line of sight. The wrapped wooden veneer extends from the space on the first floor to here. Under the pitched roof of the building, this independent space also has more boundaries, while the loose layout also allows people to relax and feel comfortable on the hillside.

Looking back to the process of the construction of the building, we realize that this is an unconventional “guest house” architectural project. Upon its completion, people who walk through the village and finally find themselves here can regard it as a spot close to nature which assures them a relaxing halt of their journeys. We look forward to having different groups of people come and go, and leave behind their unique interpretations of the spot.