Do it for the Gram: The Ethics of Climbing Roofs in Santorini


If you Google ‘climbing roofs in Santorini’, you’ll find two things: Stunning photographs, and tales of adventure and beauty. If you read those tales, you’ll most likely find some sort of advice on the best spots for the Instagram shot. But as I quickly discovered this summer, there’s more to these shots than meets the eye. 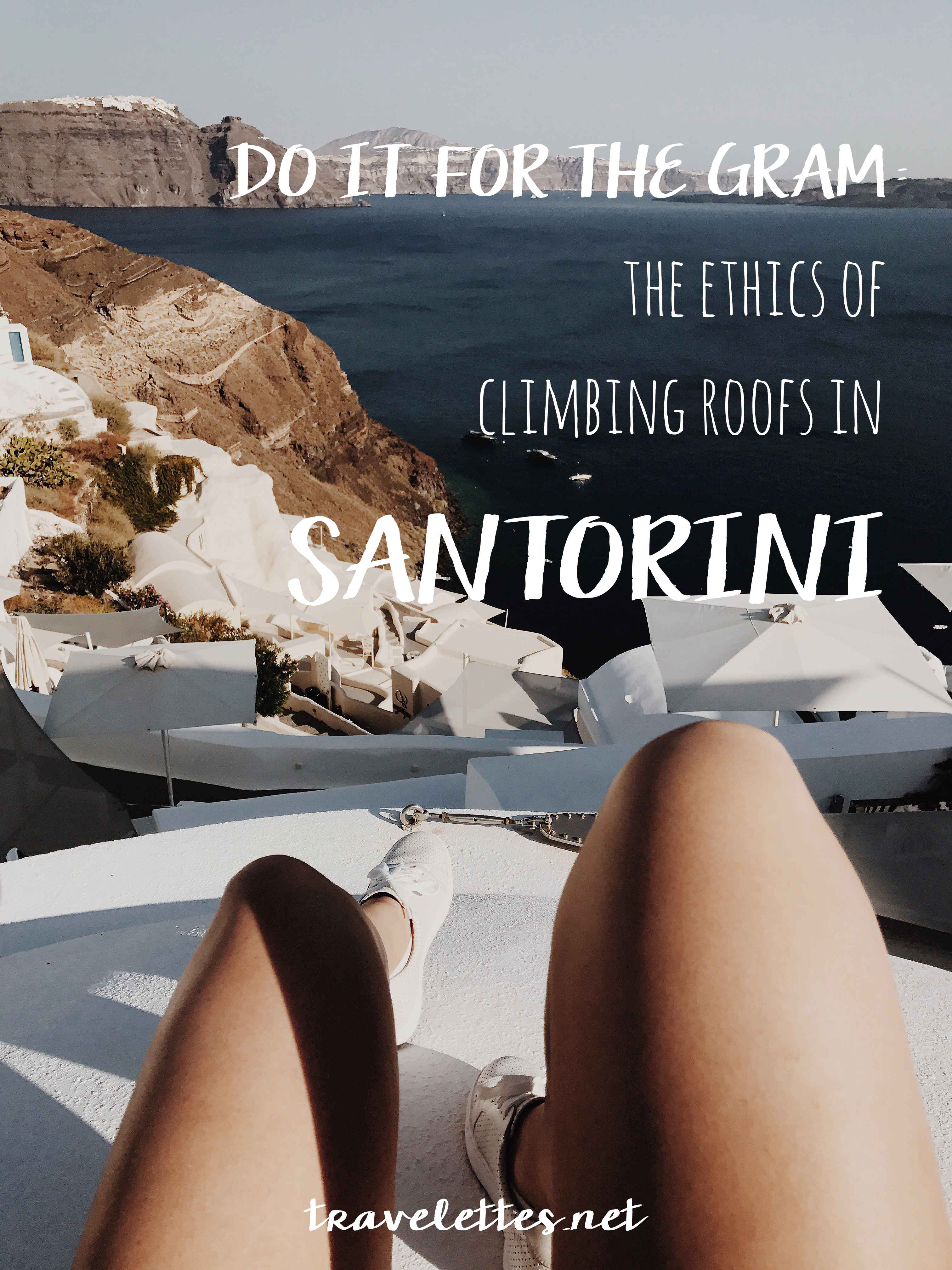 Is it an Ethical Dilemma?

A lot of us probably wouldn’t consider how climbing a roof could lead to an ethical dilemma. The opportunity to experience Santorini is once in a lifetime. But let’s think about this from a local perspective for a second. Would you drive to a random neighborhood and start climbing someone’s roof for a photo? Only if they had a marble rooftop, right? All joking aside, there’s a 99% chance you wouldn’t.

When it’s put into that kind of context, it does seem a little strange. I never actually put it into context until I did the deed myself, and realized how arrogant and totally ridiculous it seemed. Ethical dilemma or not, it’s definitely a topic for discussion.

By now I’m sure you’ve heard that tourists are becoming a major issue for a lot of destinations around the world. Santorini and Mykonos are no exceptions.

In 2016, Santorini officially decided to put a cap on the number of daily tourists that can visit the island. It’s typically visited by about 2 million tourists every single year, and tourism accounts for most of the island’s income. The relationship of Santorini and its visitors is bittersweet. It’s hard to miss the signs throughout the Santorini alleys. They read “guests only” and “off limits,” all in English of course. The problem of intrusion has gotten so bad, there are signs everywhere.

Regardless of this, I decided that I wanted to do it. I wanted to climb a roof and get the perfect shot.

Let me just stop here to say that if I was a fictional character, I would be Hermoine Granger. I am a by-the-book and studious individual. I never do anything that would have potentially bad consequences or break the rules. But the thrill of the shot got to me. I did it for the gram.

As I was walking home one day, I spotted the perfect roof and I climbed it. I yelled at my boyfriend to grab a few shots, and then I sat there long enough to take a few of my own. Not before long I was receiving some stares from residents inside the houses across the way. And I’m sure they weren’t thinking how great a photo I was about to get.

I immediately felt kind of awful. I’m not sure if it was because the locals were clearly annoyed, or because I had just got caught. Either way, I spent the walk home reflecting on why it made me feel so terrible and why I didn’t want to do it again.

With 80% confidence, I can say that climbing on top someone’s home without their permission is unethical. It’s annoying, it’s damaging to the paint, and it’s off limits for a reason. But I definitely also had to find that out for myself. I think ultimately we have good intentions. We want an Instagram photo that we can show our friends and a film capture that we’ll never forget. We don’t want to be disrespectful, but ultimately, we are.

With about 20% confidence I can say there might be exceptions. I still can’t shake the feeling of getting the perfect shot for my Instagram. What about aficionados like myself who love photography? It can be so hard to walk away from a potentially gorgeous photo opportunity. I would hate to deny people of that. But maybe we’re not being creative enough to begin with.

What Happened to My Photos?

Well, my photo(s) went on Instagram and Facebook. A few of them I haven’t even posted yet, and some are of course visible here, in this post. Maybe I will frame one, but I doubt it. The truth is, my best photos weren’t from roofs, but from admiring them in the distance.

Several times I struggled with the idea that maybe everyone just gets one photo; one photo on top of a gorgeously polished white dome. After that, you’re done. I mean if you could only see the amount of tourists climbing roofs and deliberately avoiding signs. The truth is, most people will only visit Santorini once in their life (if that). So one photo, is one photo too many.

The roof photos will definitely be a memory that I will never forget, but like how the locals feel about tourism, it’s bittersweet. I will always remember the feeling in my stomach. Even now, I kind of feel ridiculous showing them about. The positive reactions of people speak volumes to how this topic can’t be found anywhere in Google search.

This was an eye-opening experience for me. My hope is that if you ever find yourself in Santorini and you’re faced with that stunning white dome and deep blue ocean, you’ll put away your phone, turn to the person you love, kiss them, and then watch the sunset. 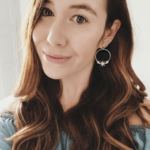 Emily is a part-time travel blogger living in Phoenix, Arizona, who specializes in European travel and loves sharing tips and hidden gems. When she’s not in front of her computer, she’s out exploring the newest coffee shops around the world. Emily started her own blog  to inspire others to travel smart with helpful tips, and non-touristy editorials about the best cities in Europe.