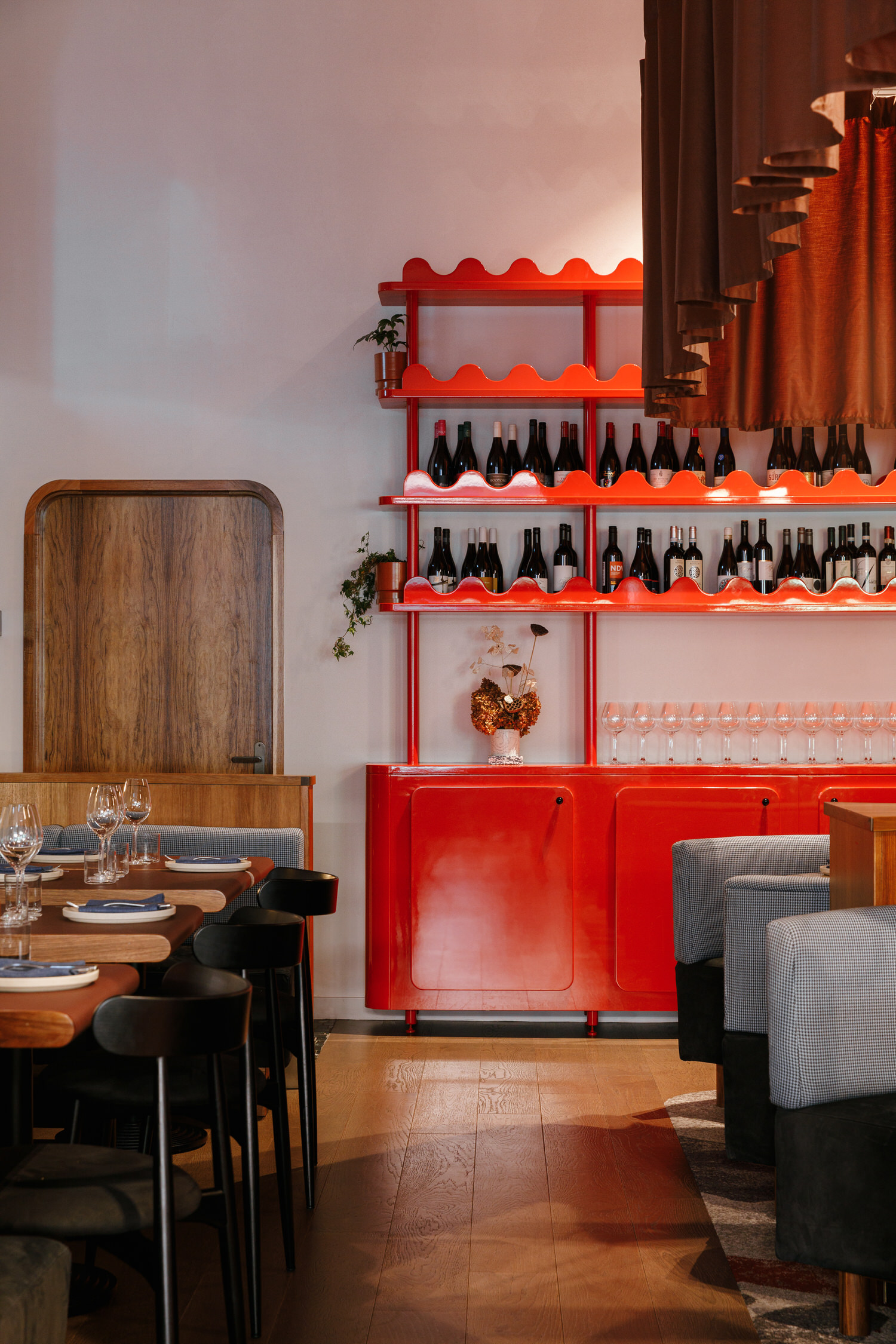 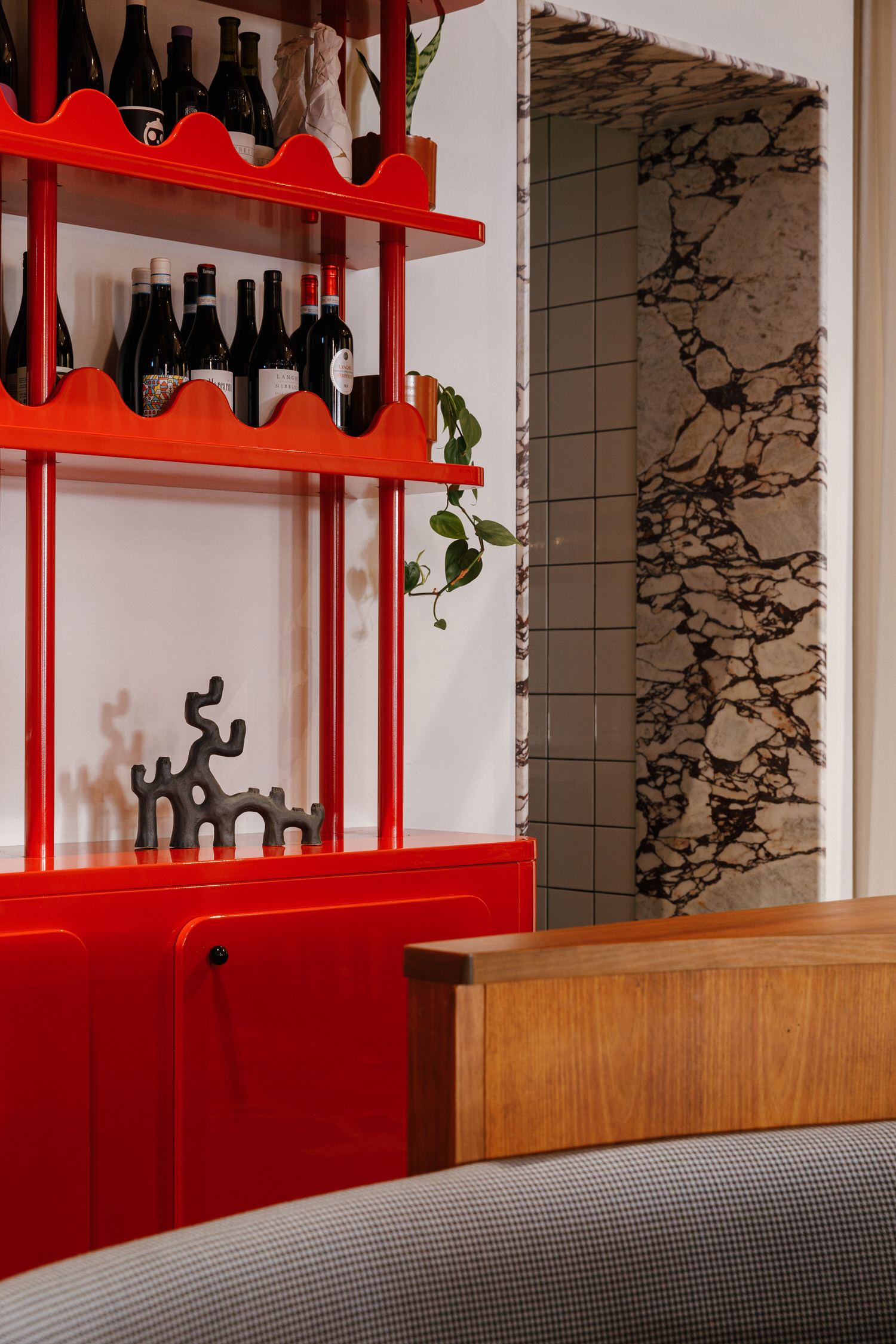 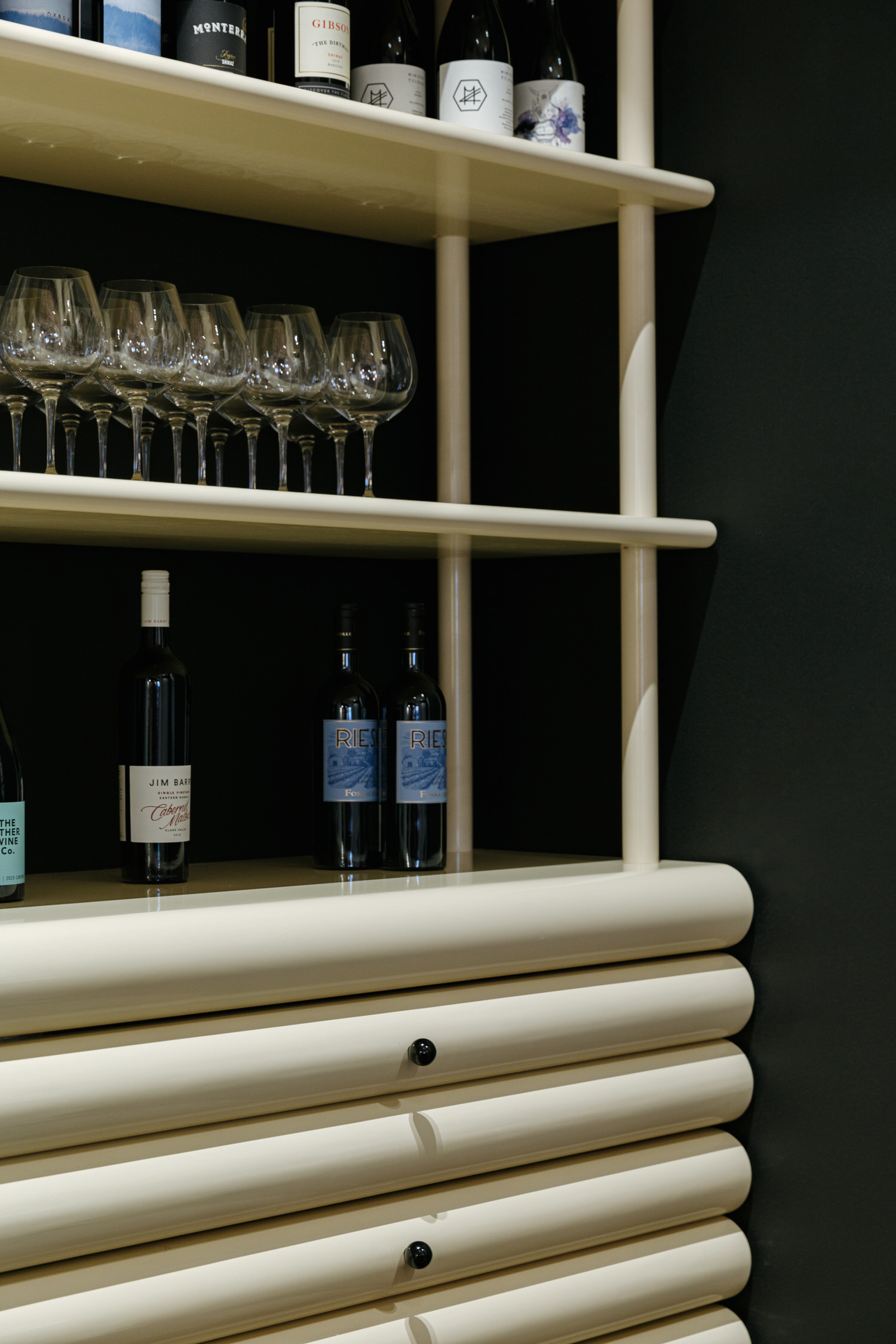 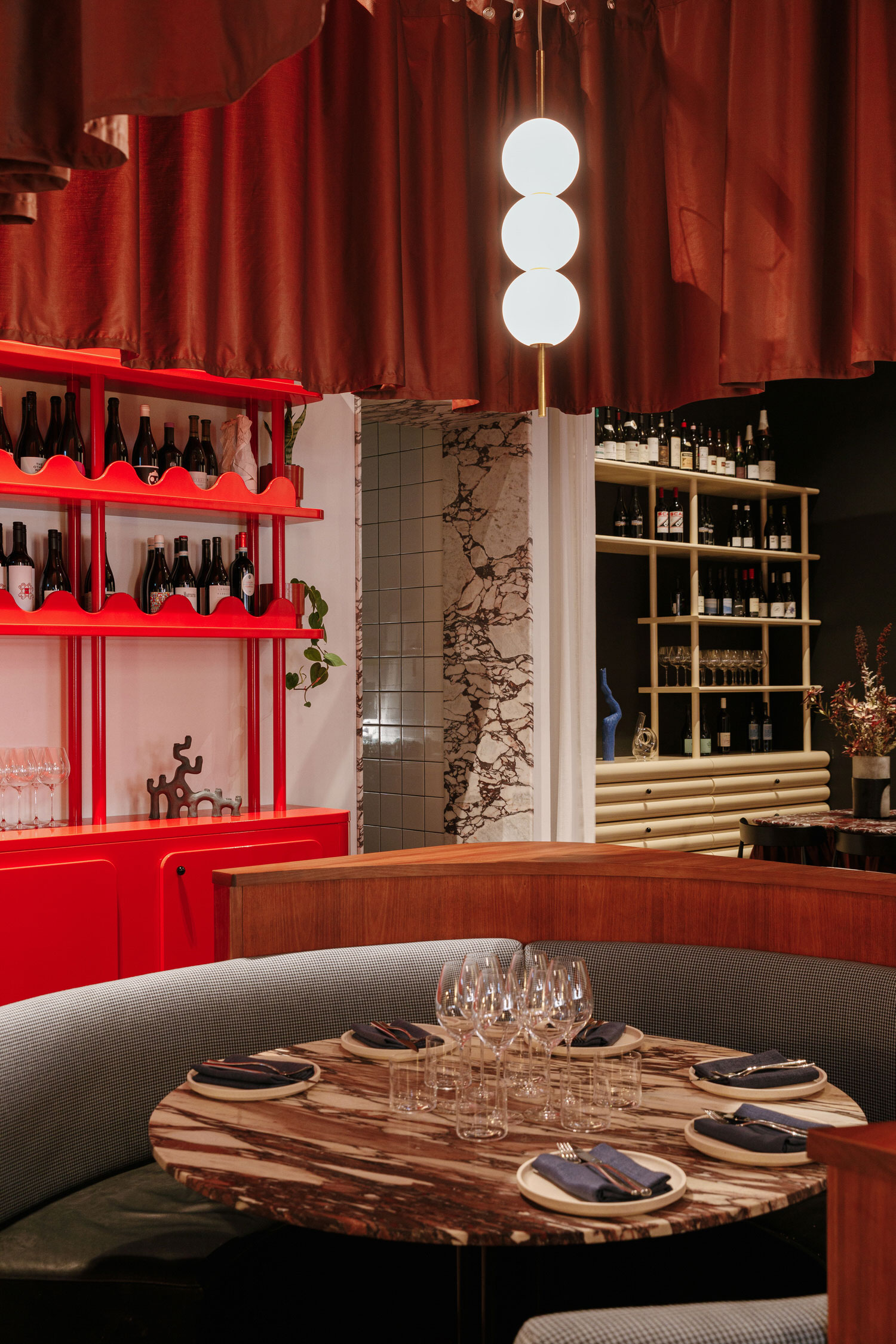 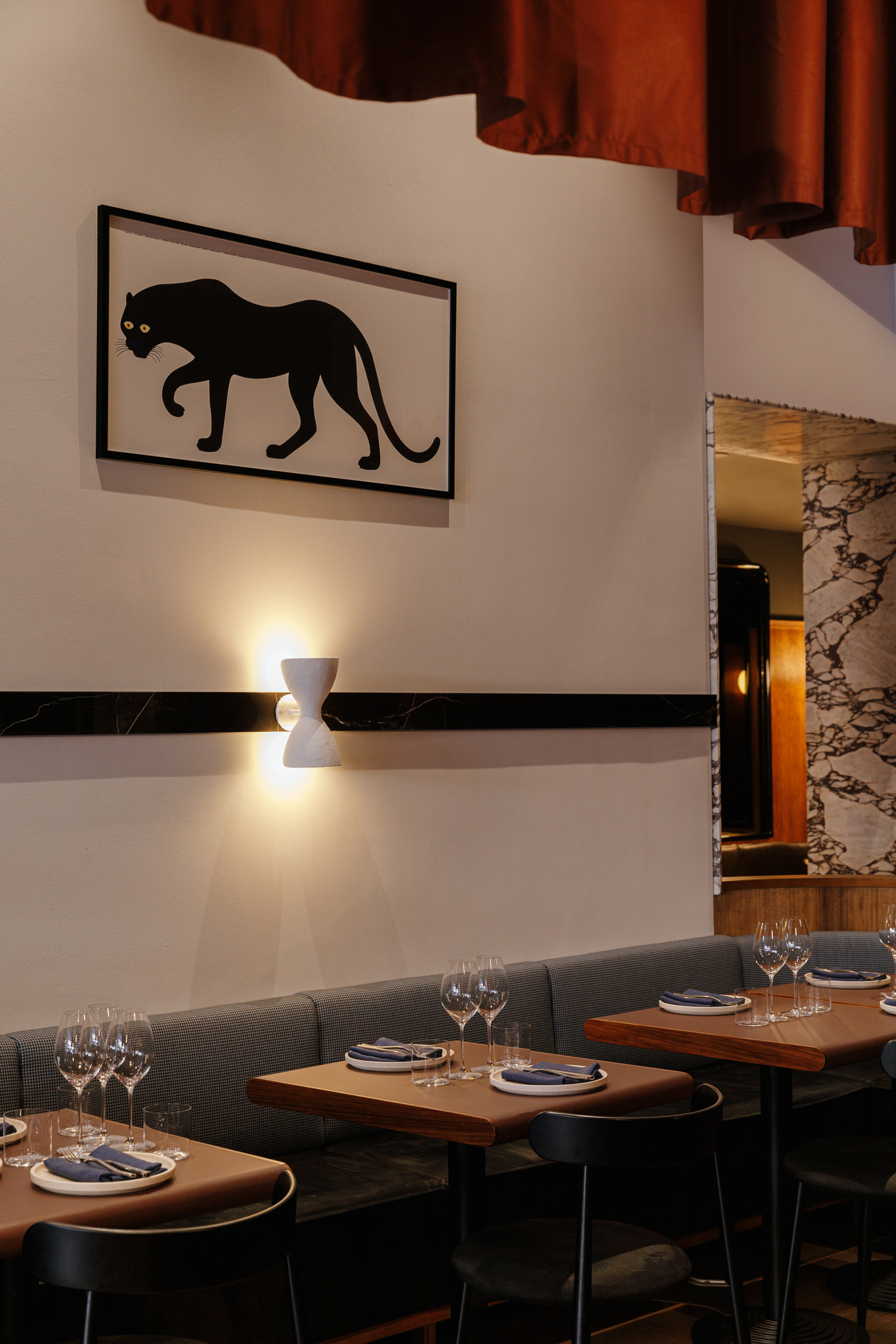 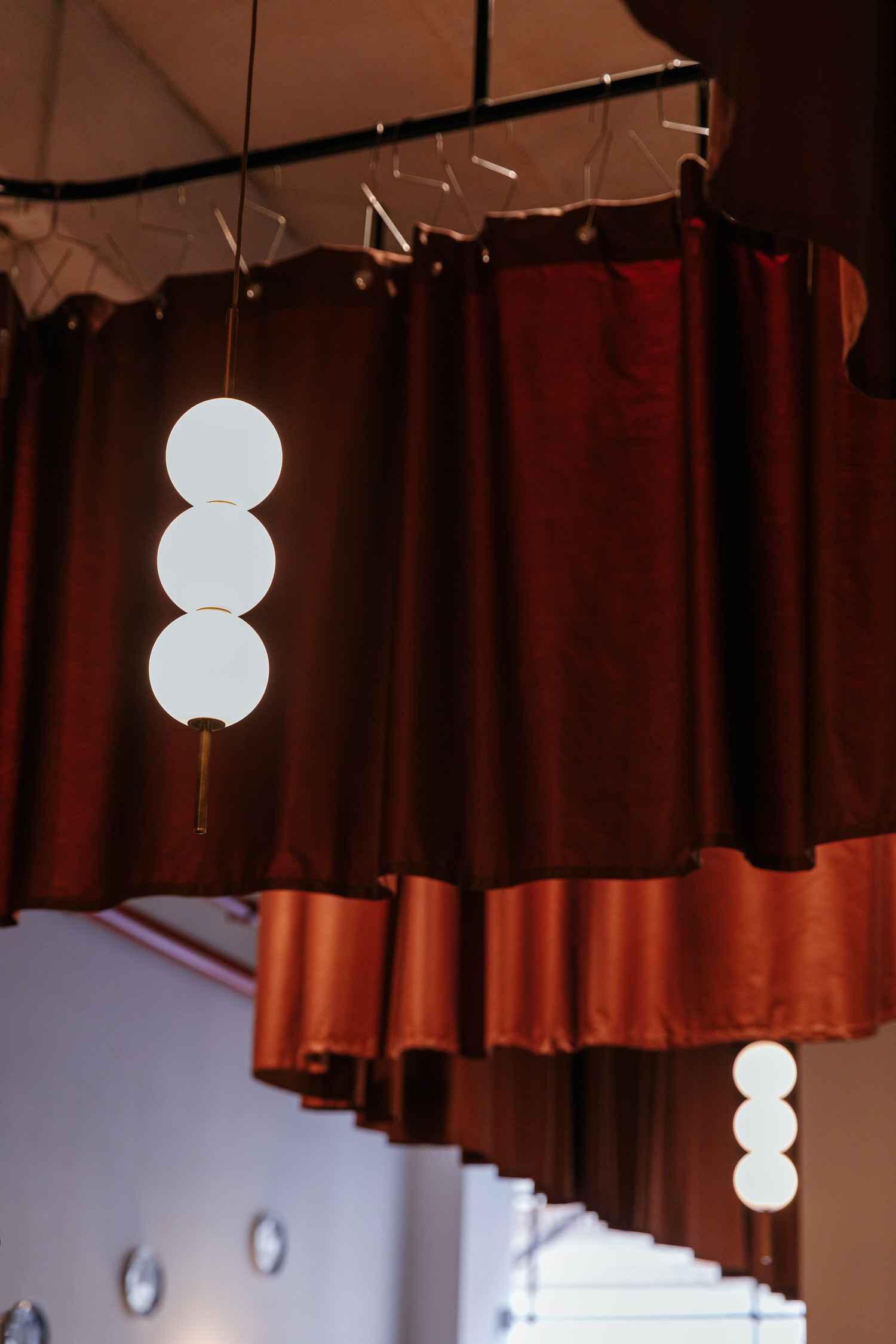 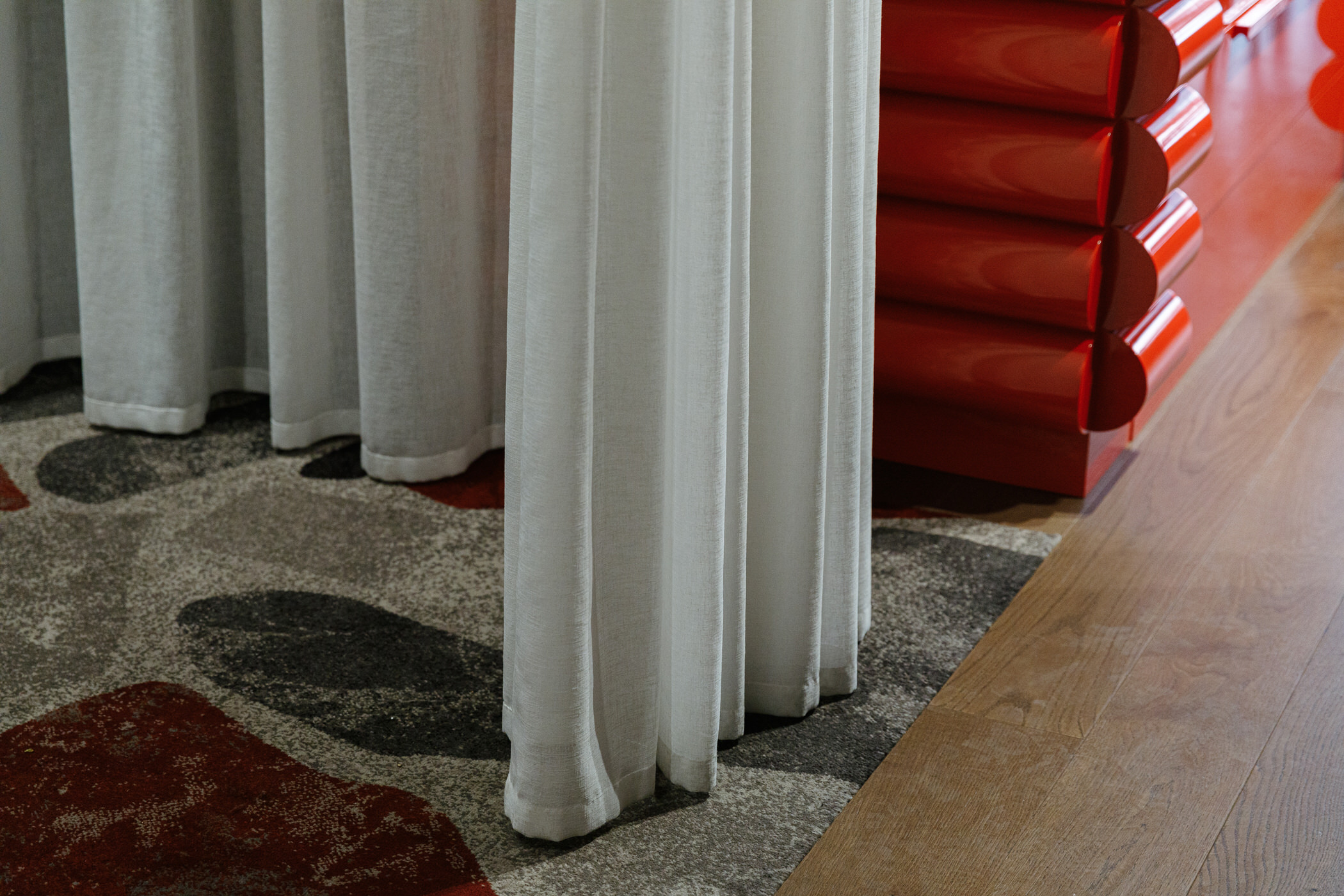 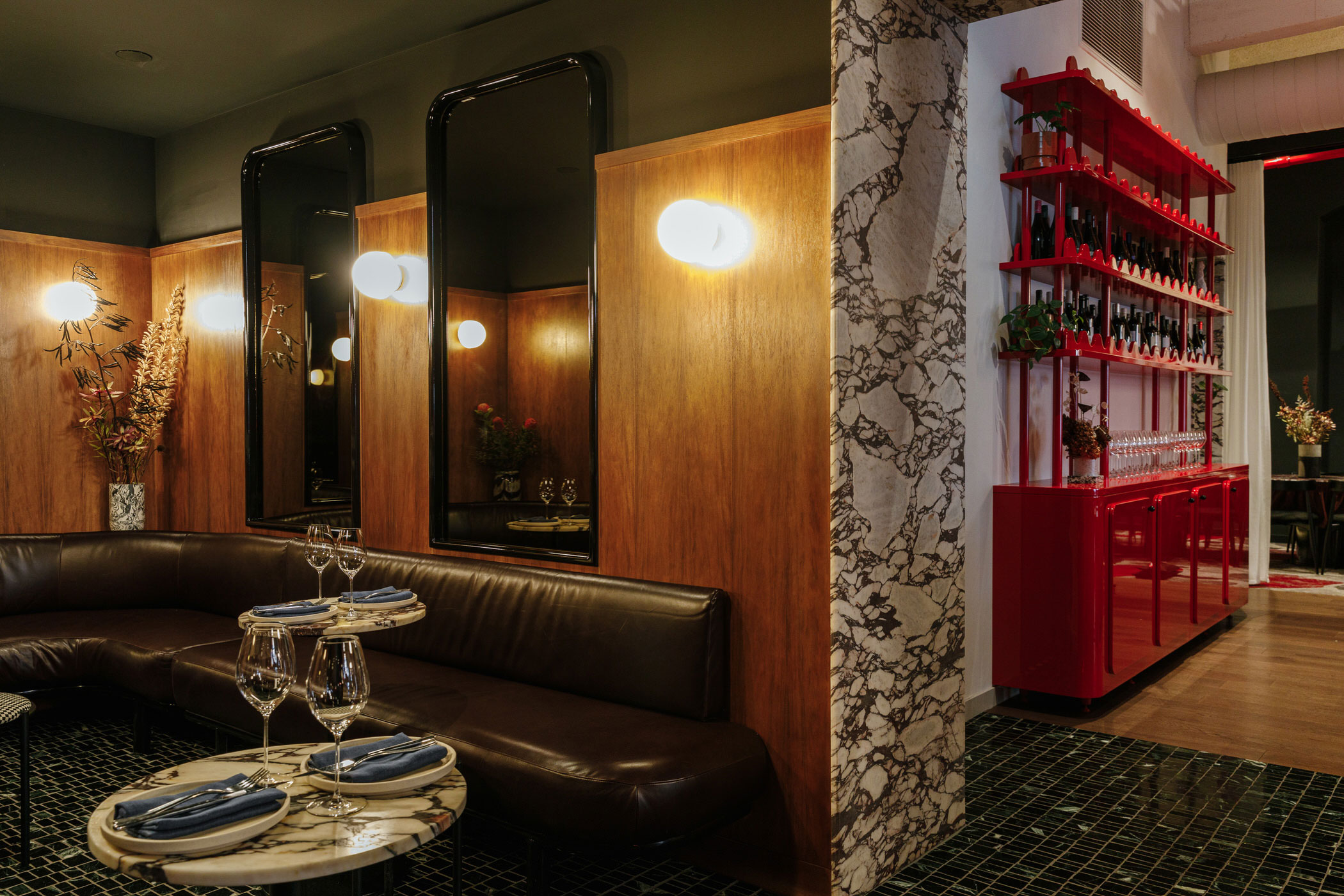 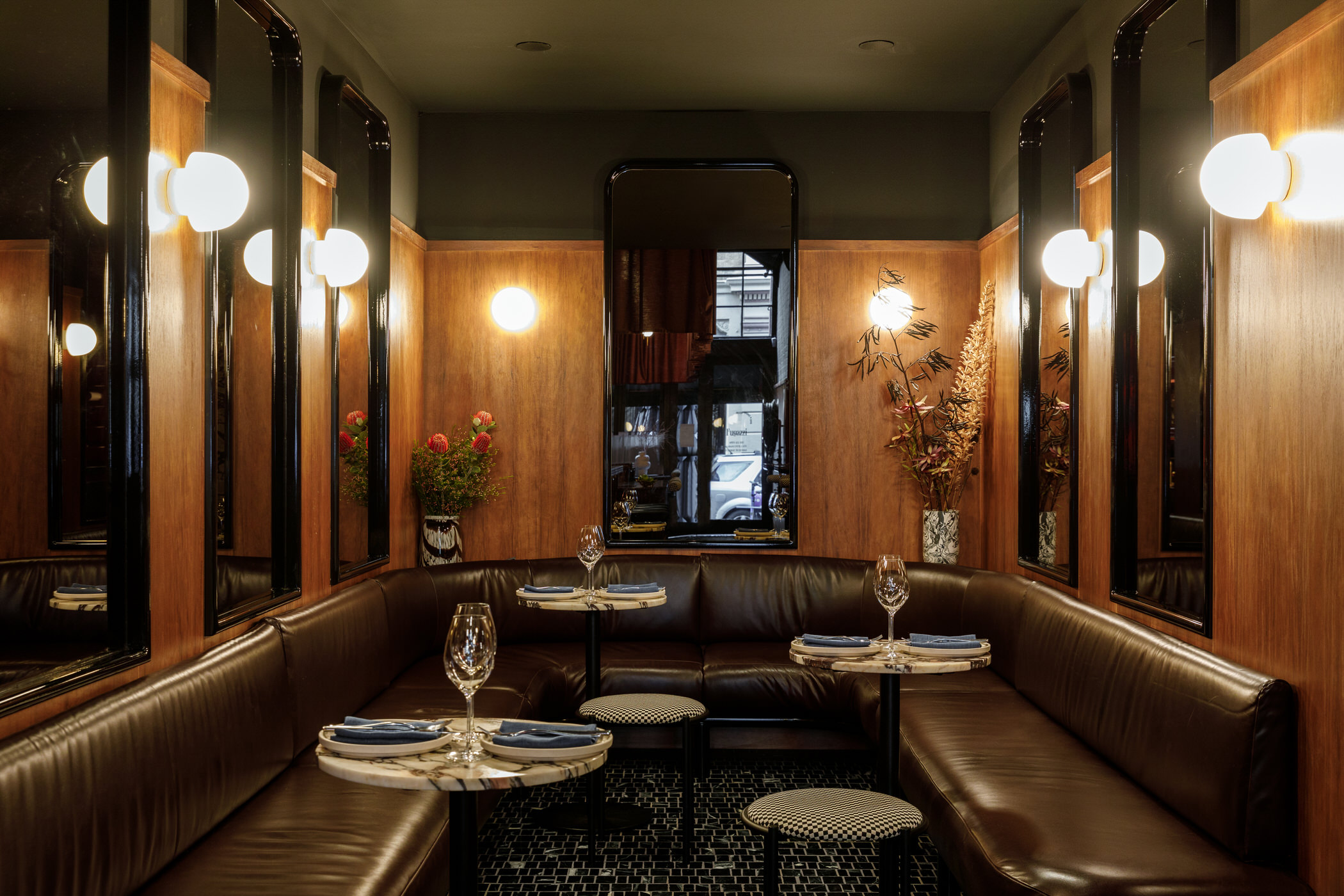 has landed in . With the charm of Italy and drama of New York, this Italo-New York-inspired bar and dining room by blurs the line between today and yesterday in a texturally lavish affair.

An overnight institution, this is an interior where velvet, leather, marble, inlaid geometric scraps and custom joinery shelves are layered to create a decadent and luxurious atmosphere designed to invoke a sense of nostalgia. There it is, a romantic, textural representation of the past, that simultaneously manages to remain firmly rooted in the contemporary. Is its bold character a physical manifestation of the Italians’ age-old gift of making art out of life, or is it just Fugazzi? 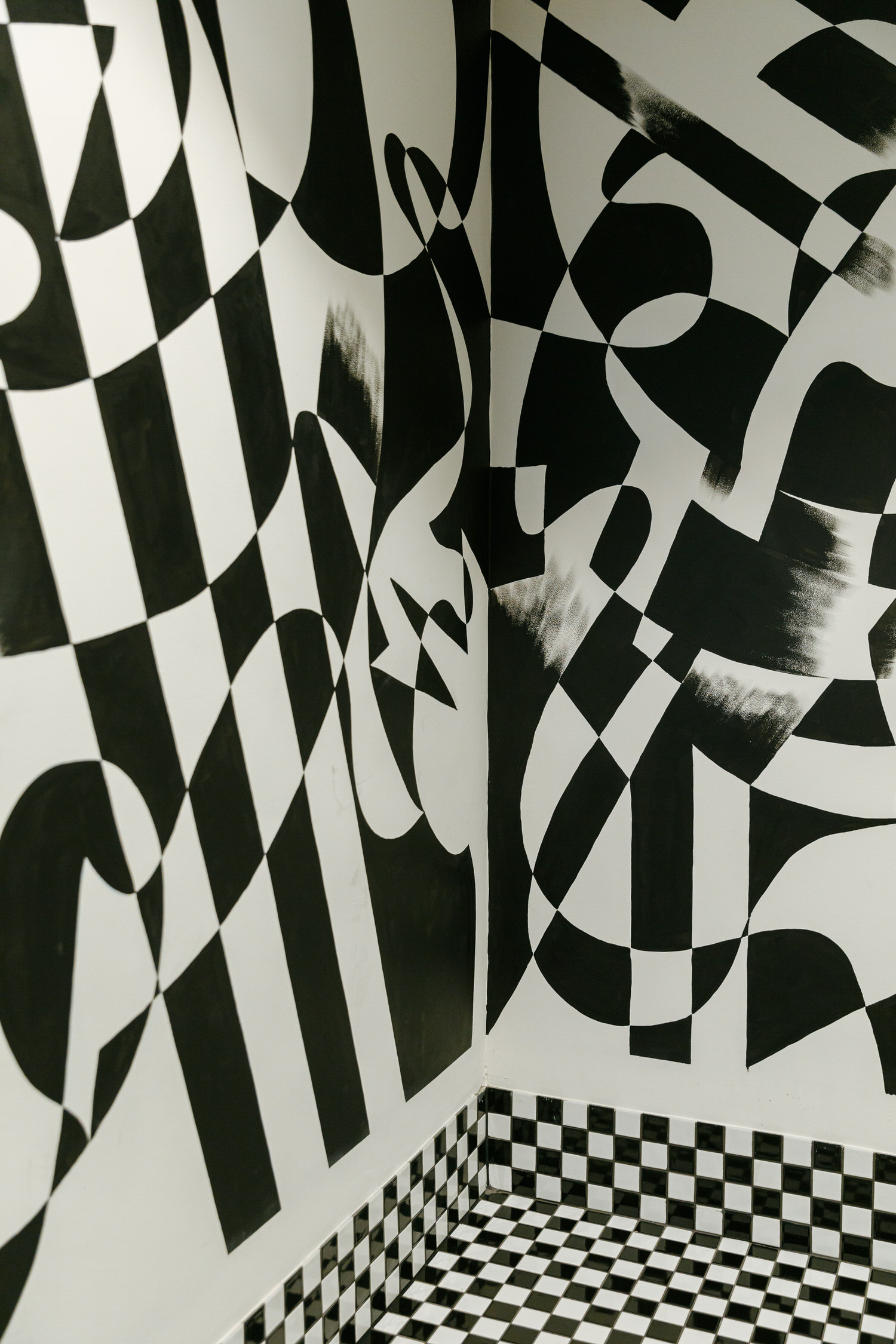 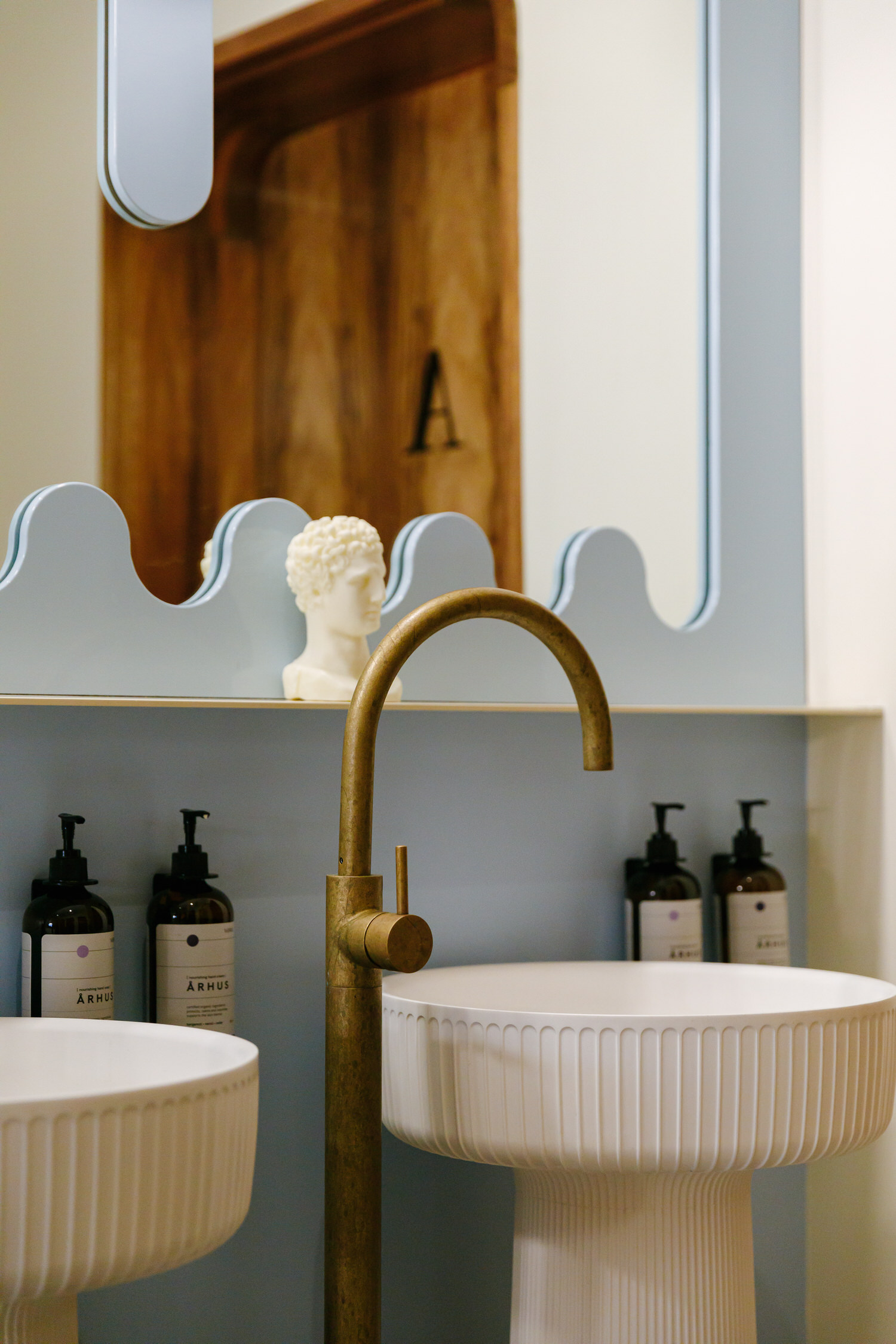 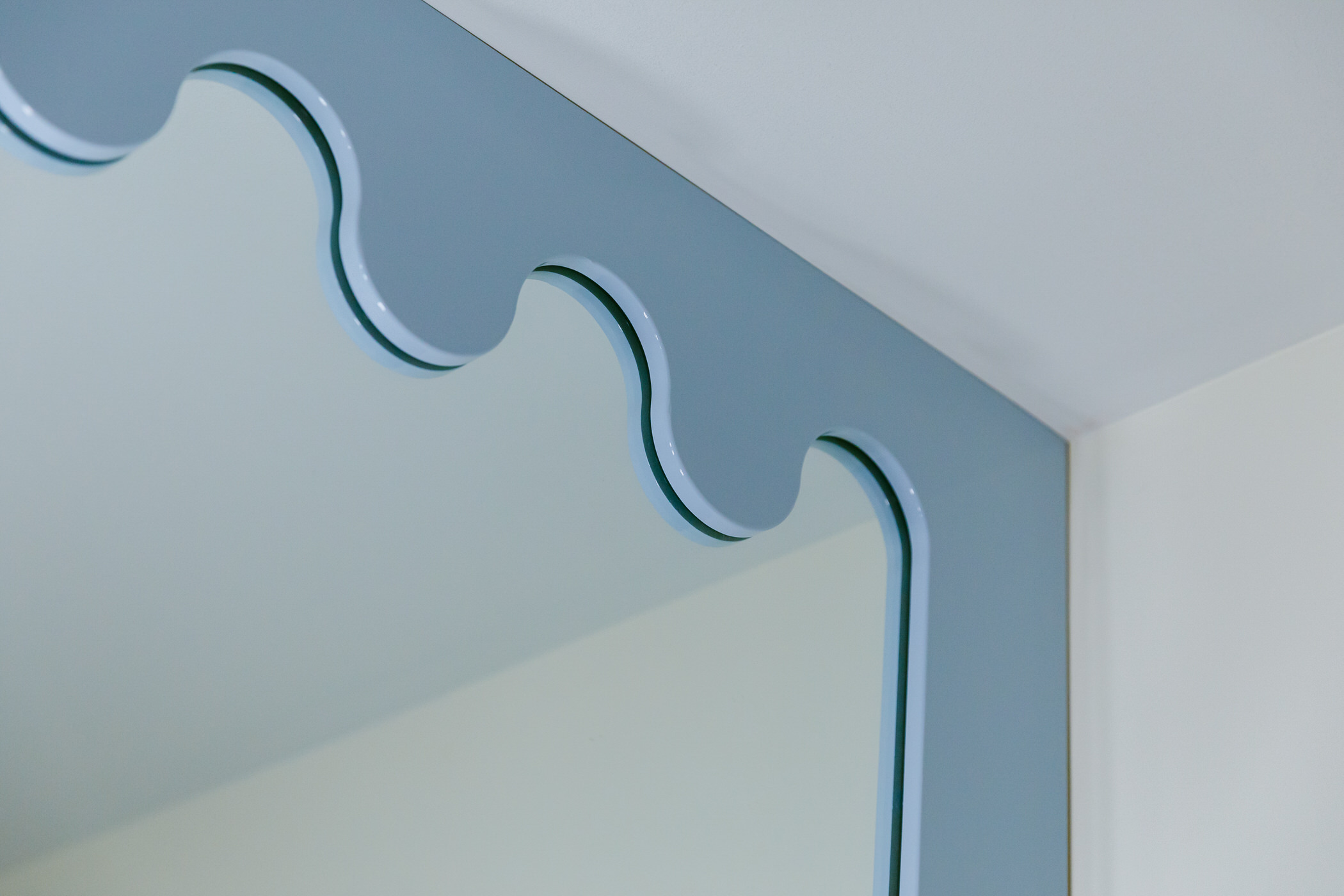 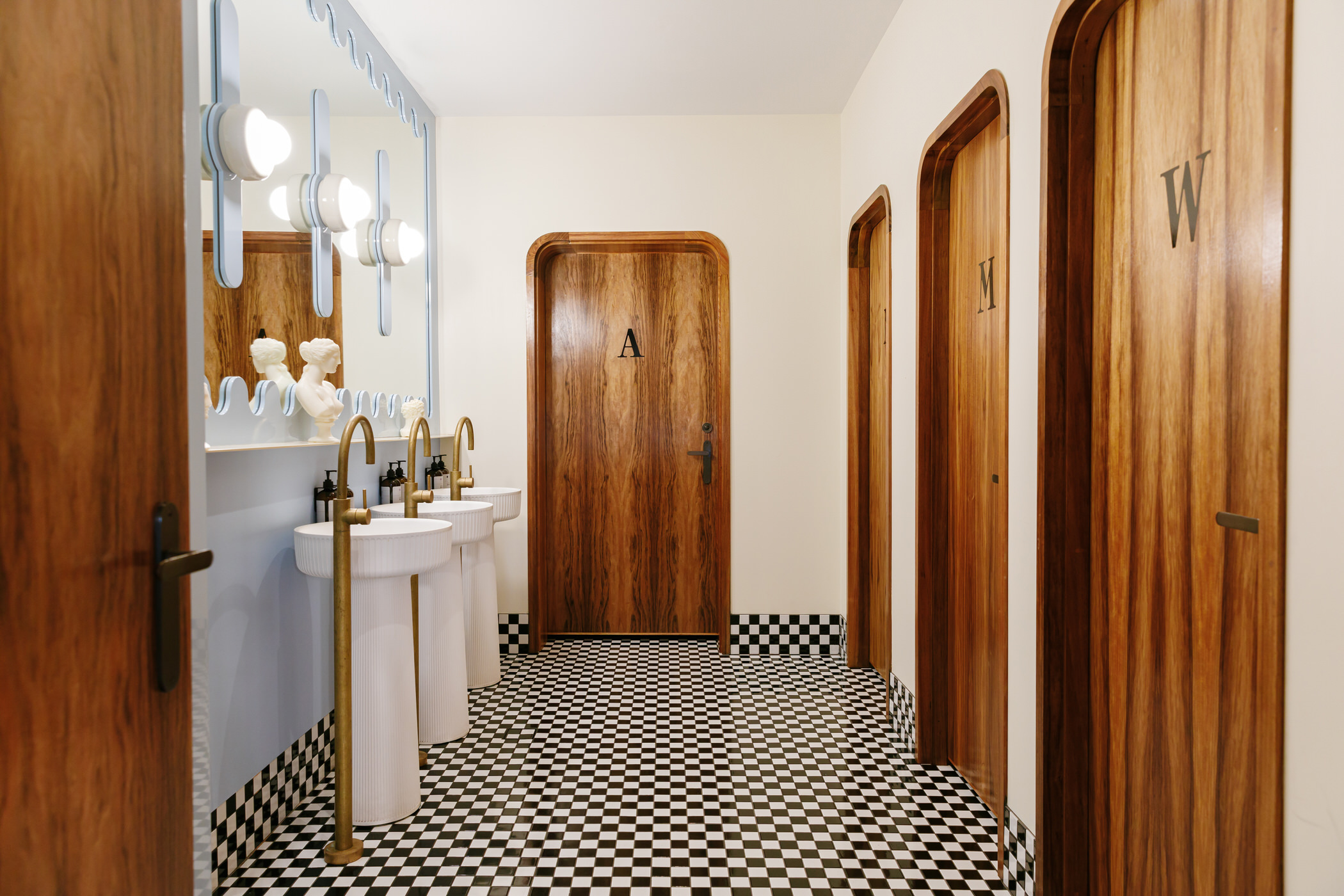 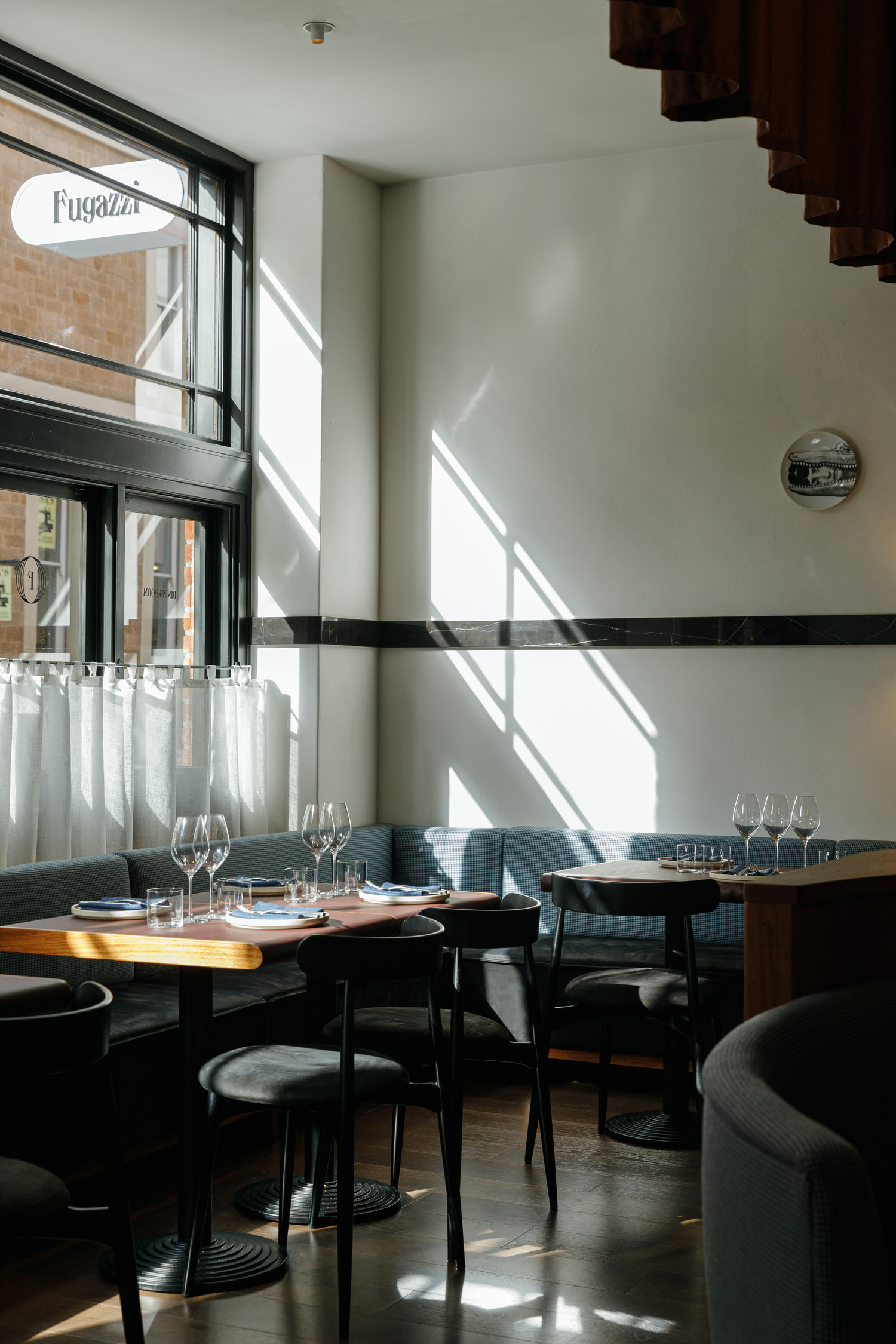 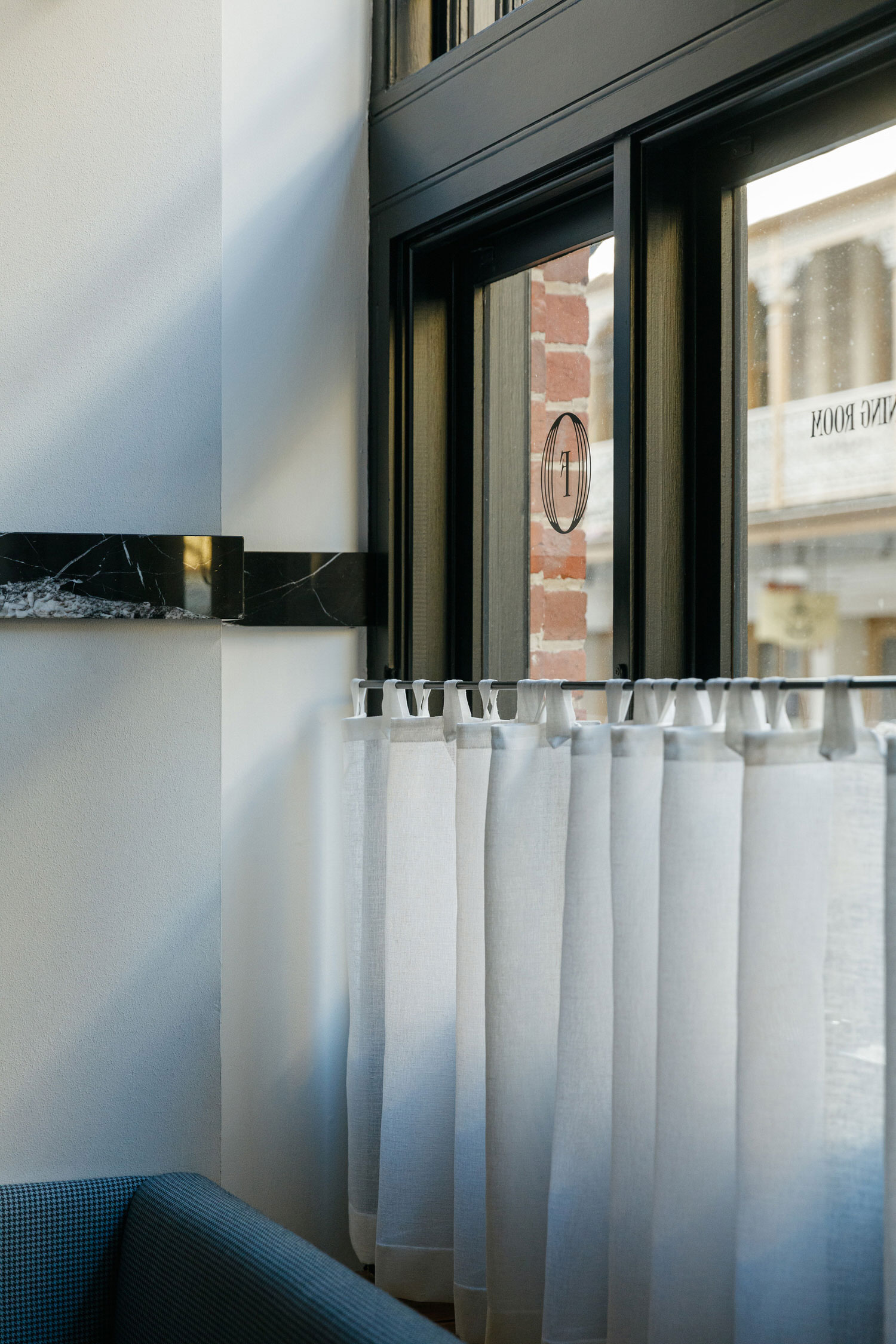 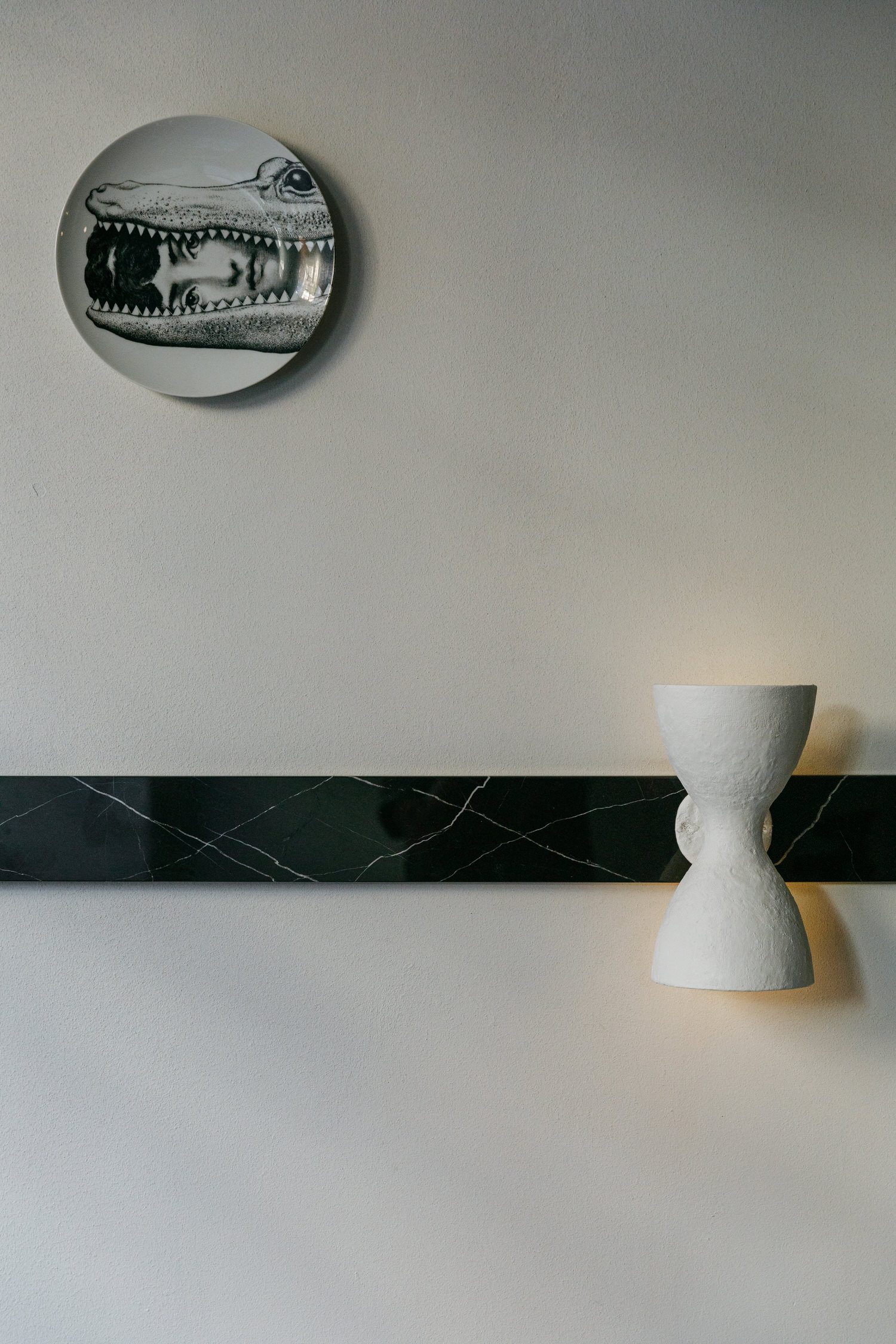 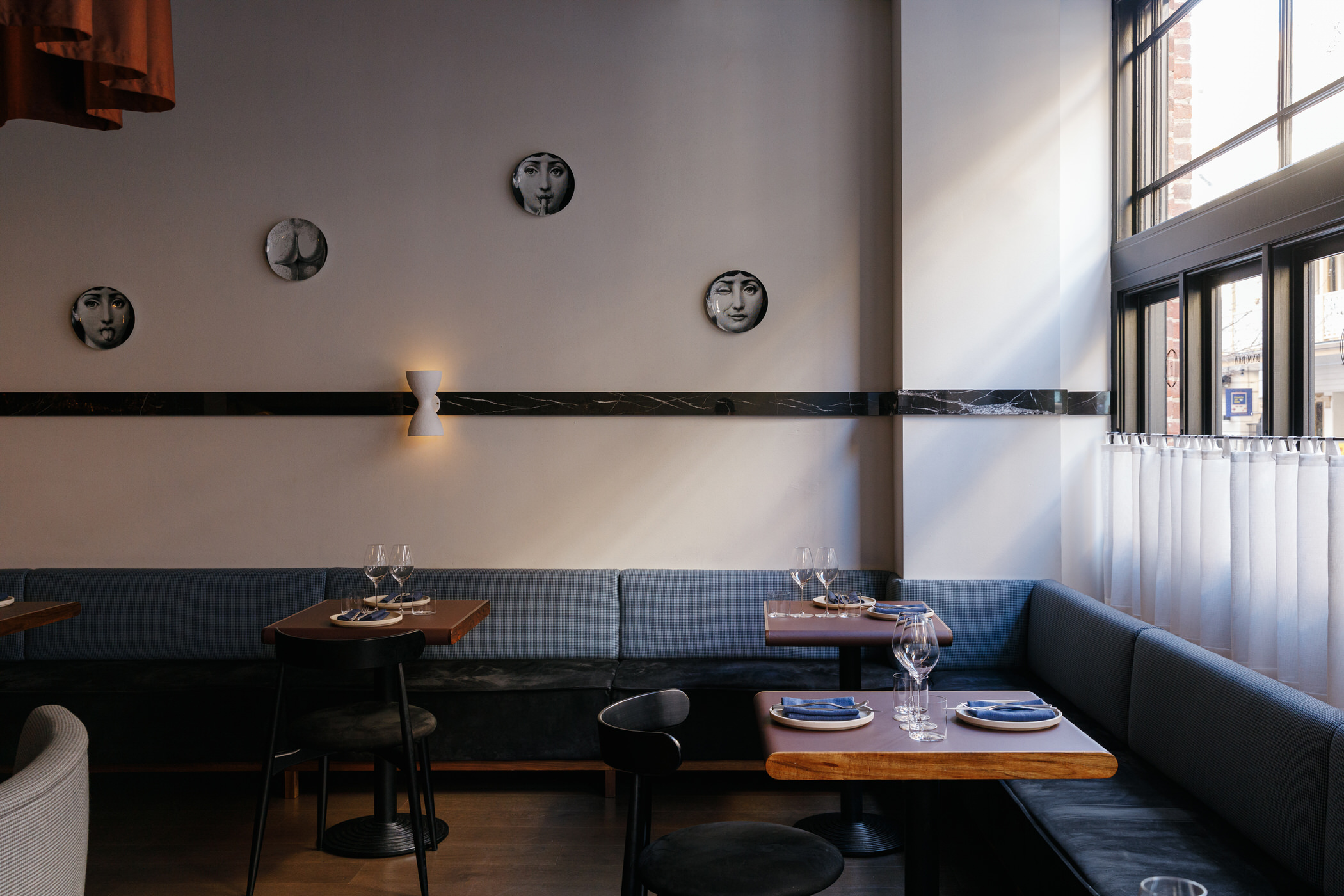 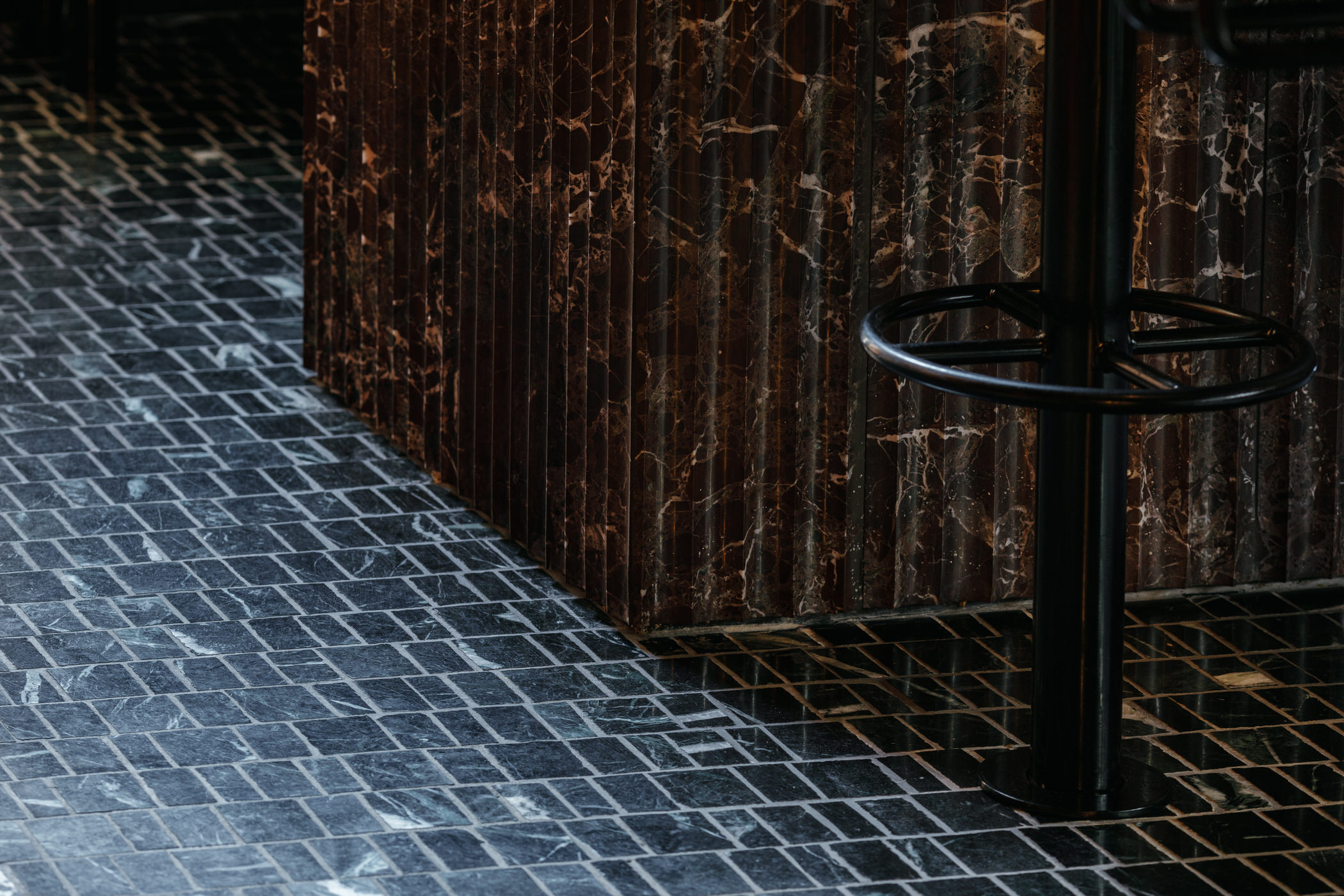 “You know what a Fugazzi is? Fugazzi, it’s a fake. It’s a hazy, it’s a doozie, it’s fairy dust. It doesn’t exist. It never landed. It is in no matter. It’s not on the elemental chart. It’s not fucking real.”

Taking cues from in ‘The Wolf of Wall Street’, the space does not disappoint.

With a sophisticated bar to a classic dining room where guests are welcomed to sink into the plushness of the booths, Fugazzi is comfortably fabulous. While the and the are altogether different experiences they serve to unite the whole, thriving as individual offerings. 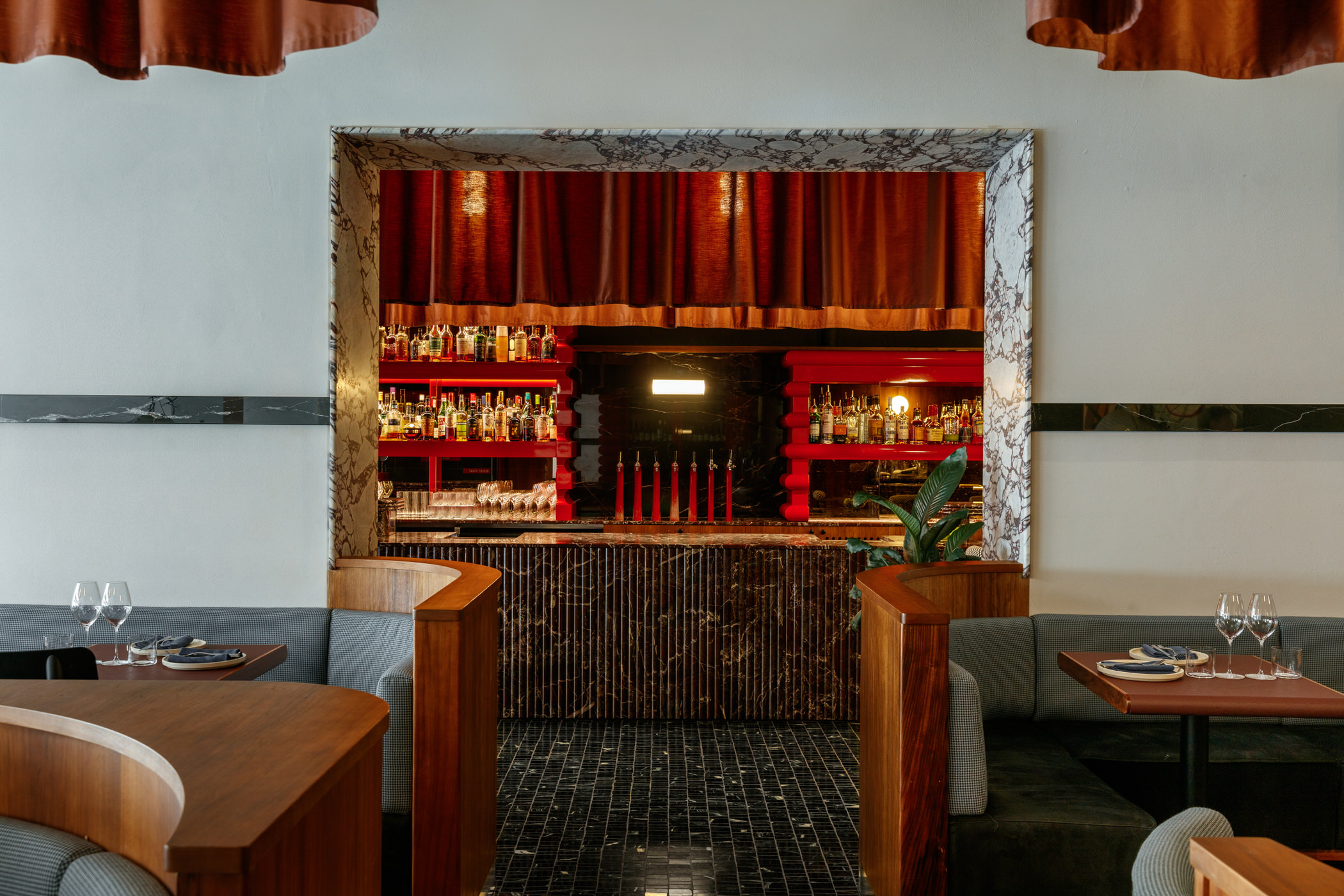 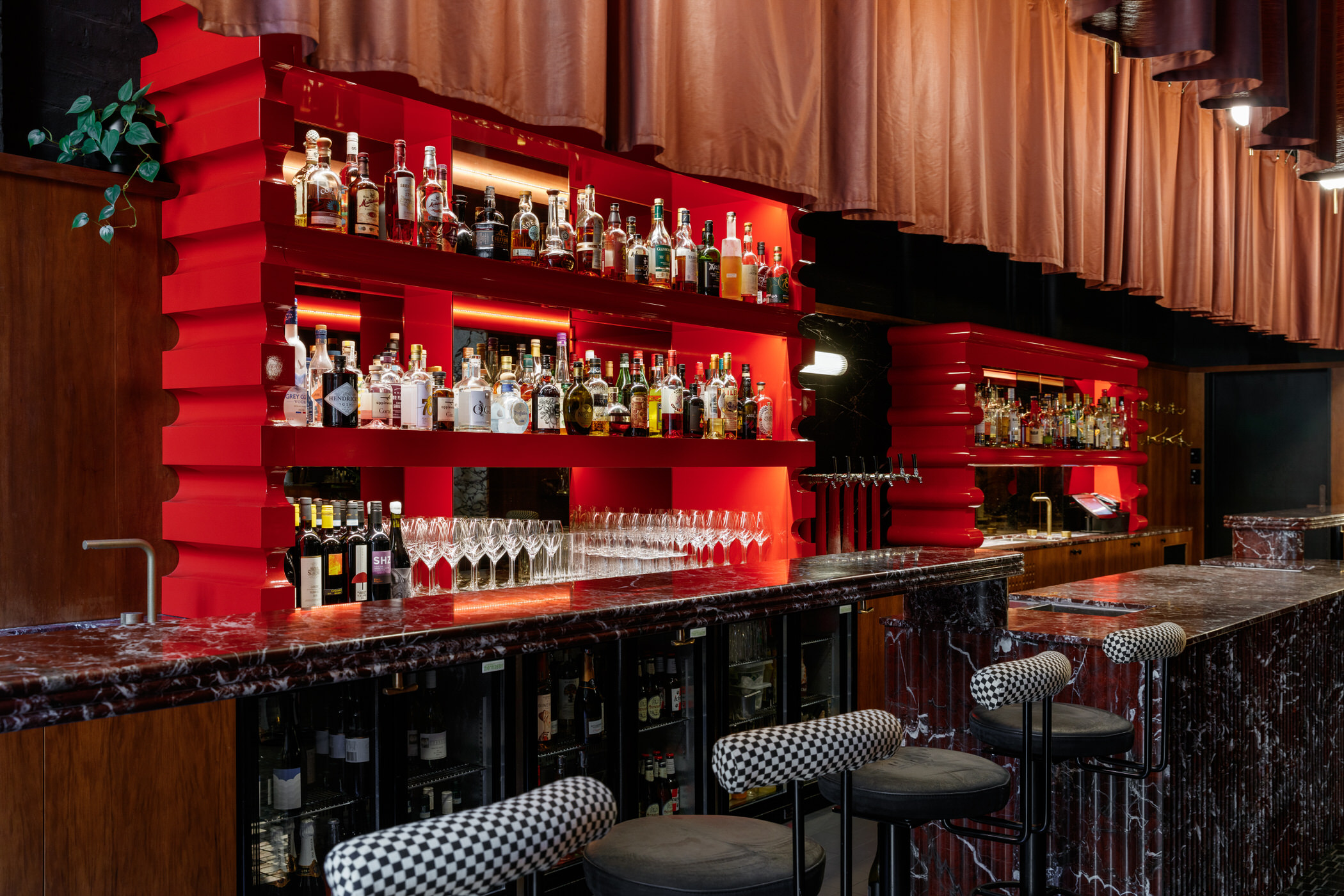 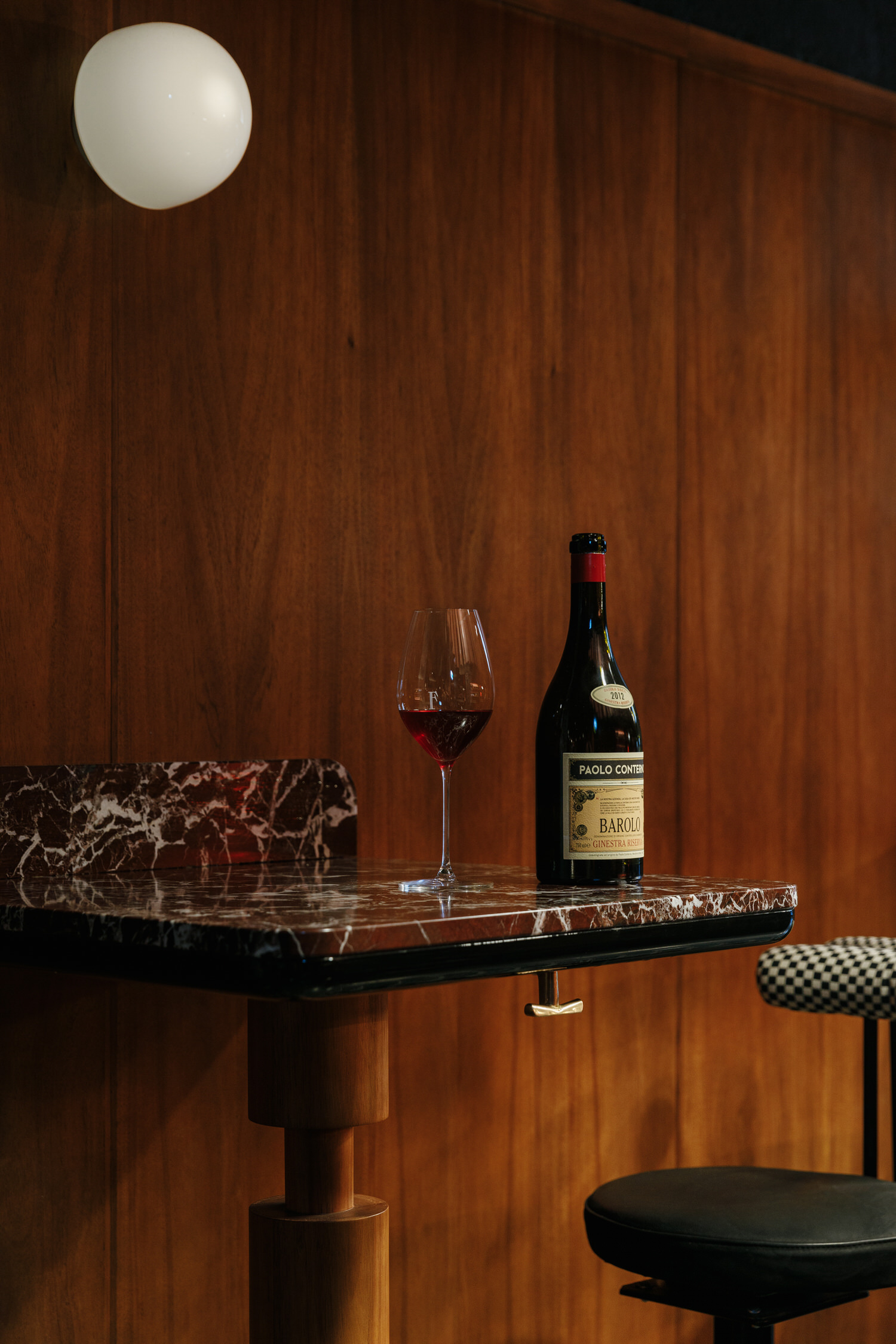 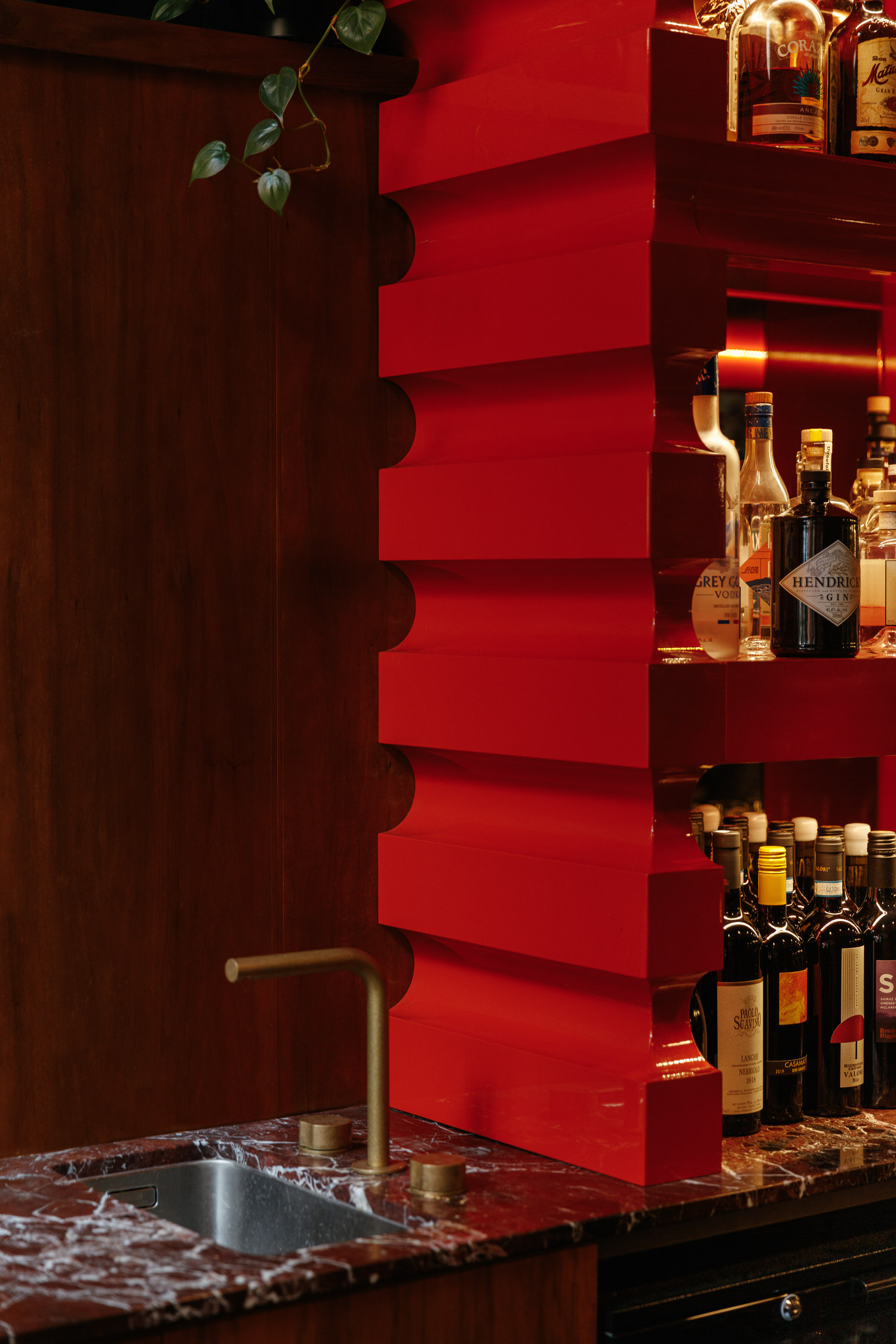 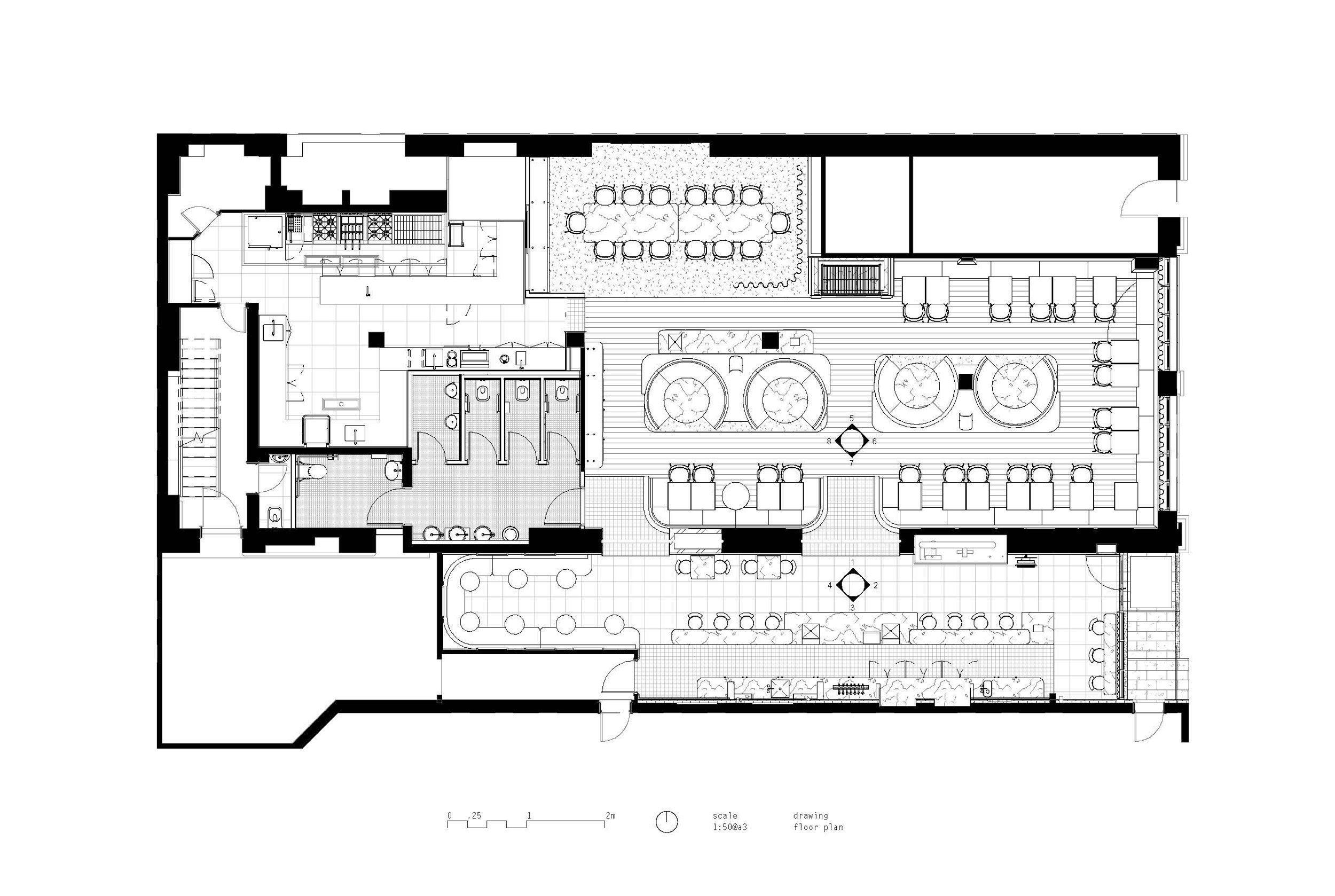 Rich in its materiality and much darker in its execution, the bar allows users to ‘hide’ in the corners from day through to night while the restaurant is much brighter, with carefully curated art and styling pieces, and an elevated level of comfort. The custom joinery, finished predominantly in a high gloss red, and with circular details expressed in both concave and convex forms serve to unify the two spaces.

The typical raised bar separating drink-making from drink-consuming has been removed to reveal the craft behind the drink — this creates a zone that is as much about the service and presentation as it is about the making and truly engaging with the patron. Bold in all the right ways, Fugazzi by Studio Gram is influenced but not bound by traditions. It’s that moment of déjà vu that begs the question — have I been here before?