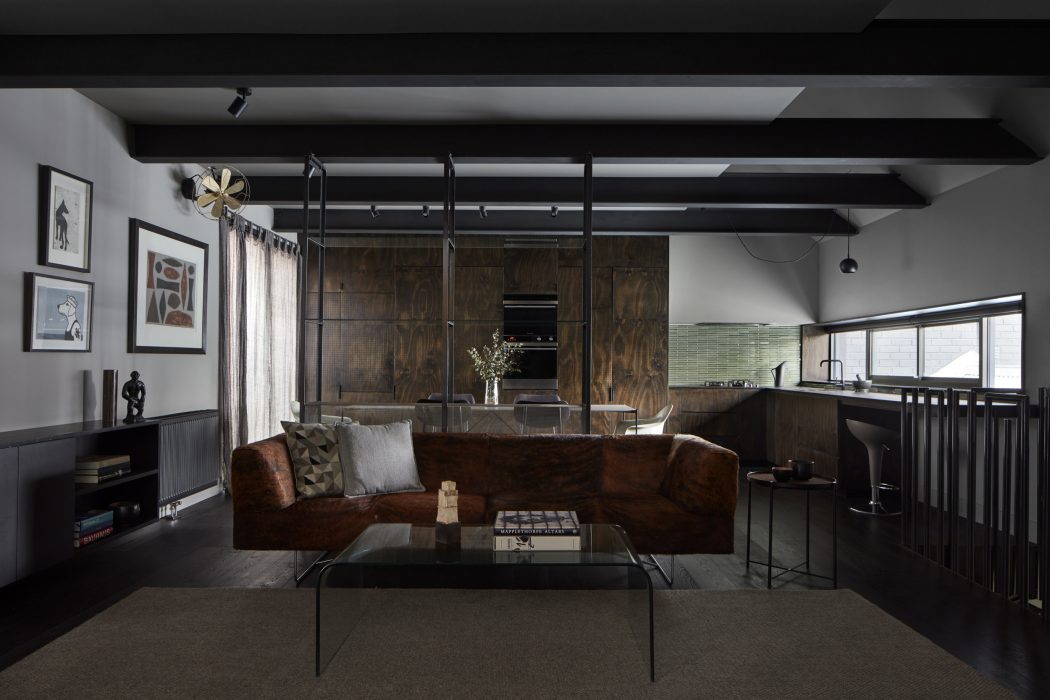 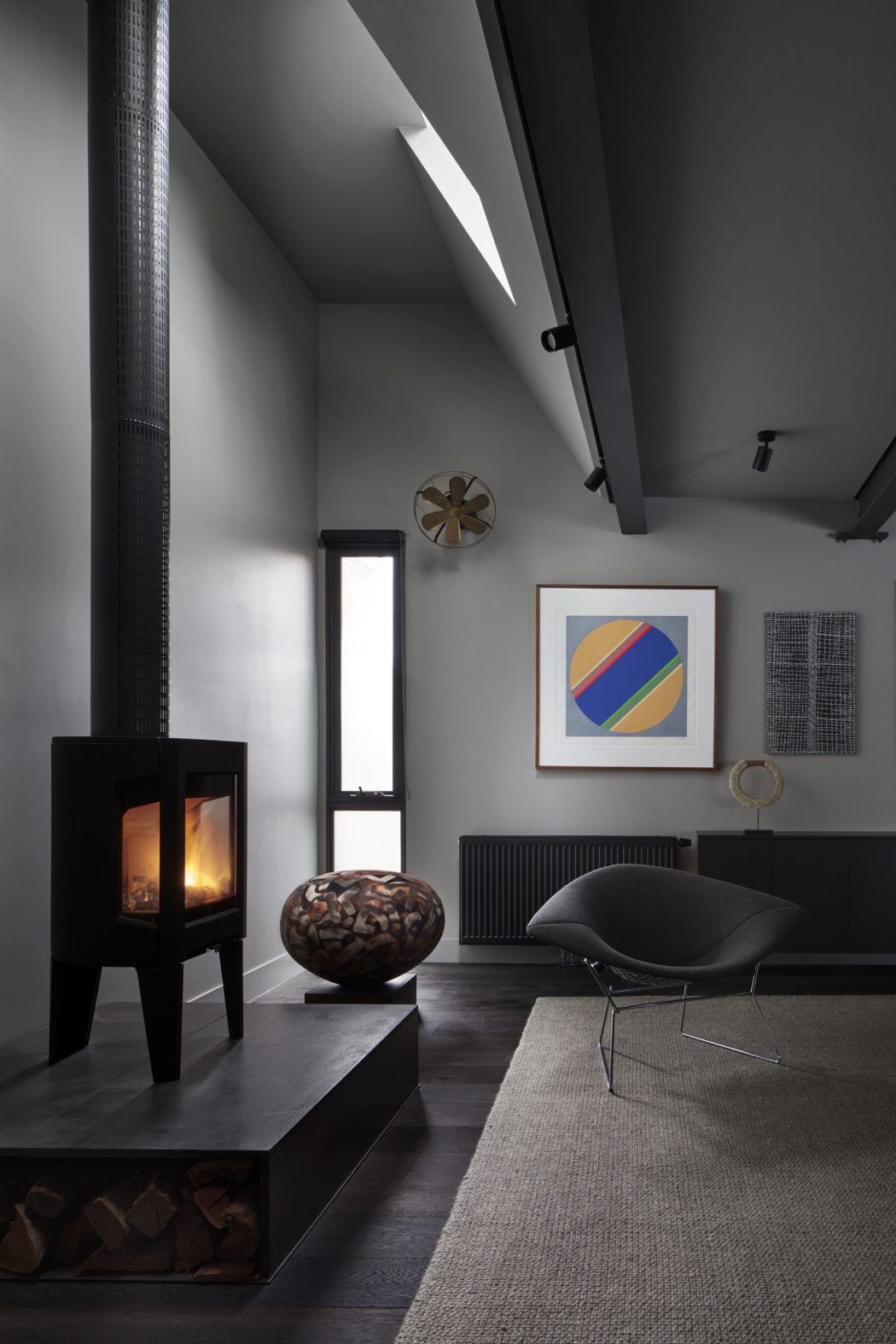 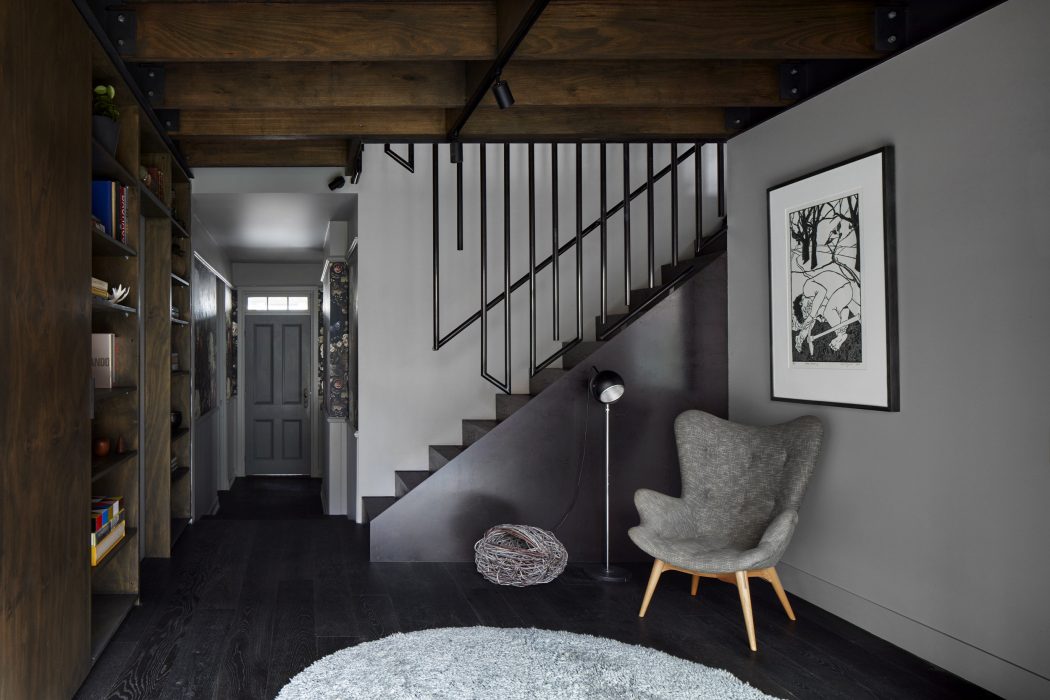 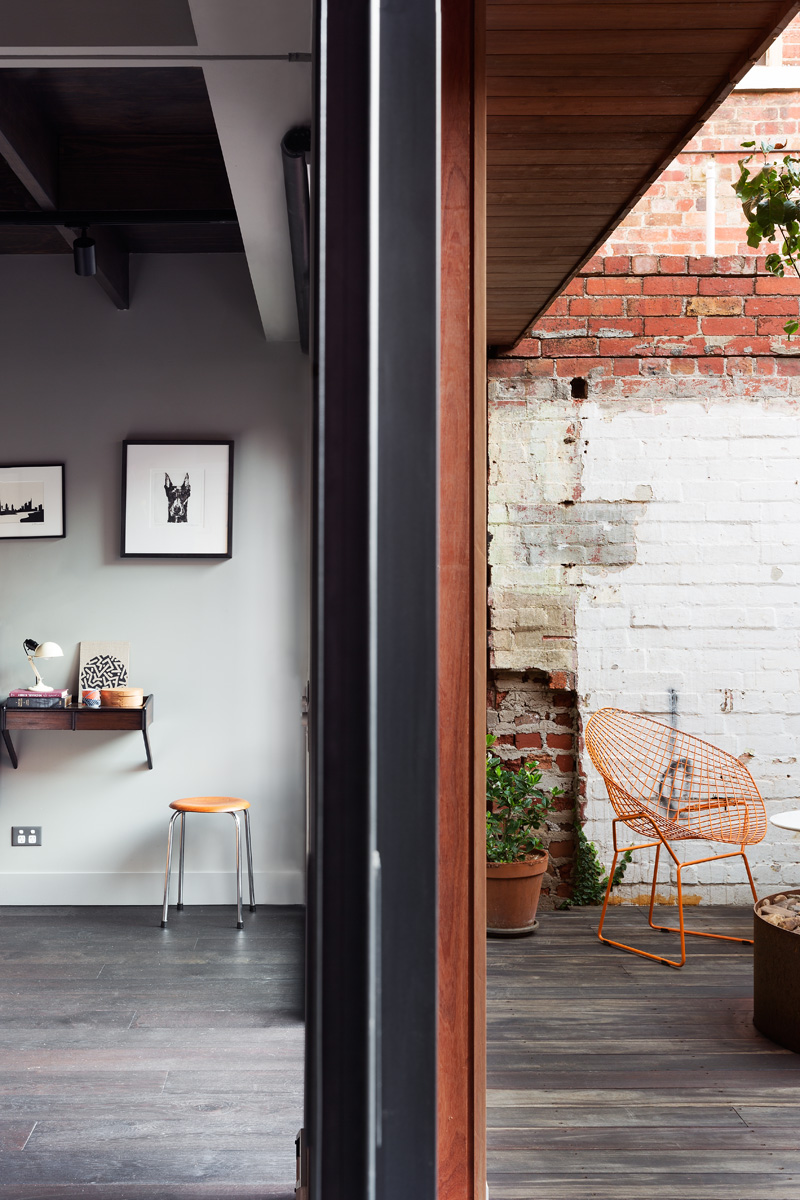 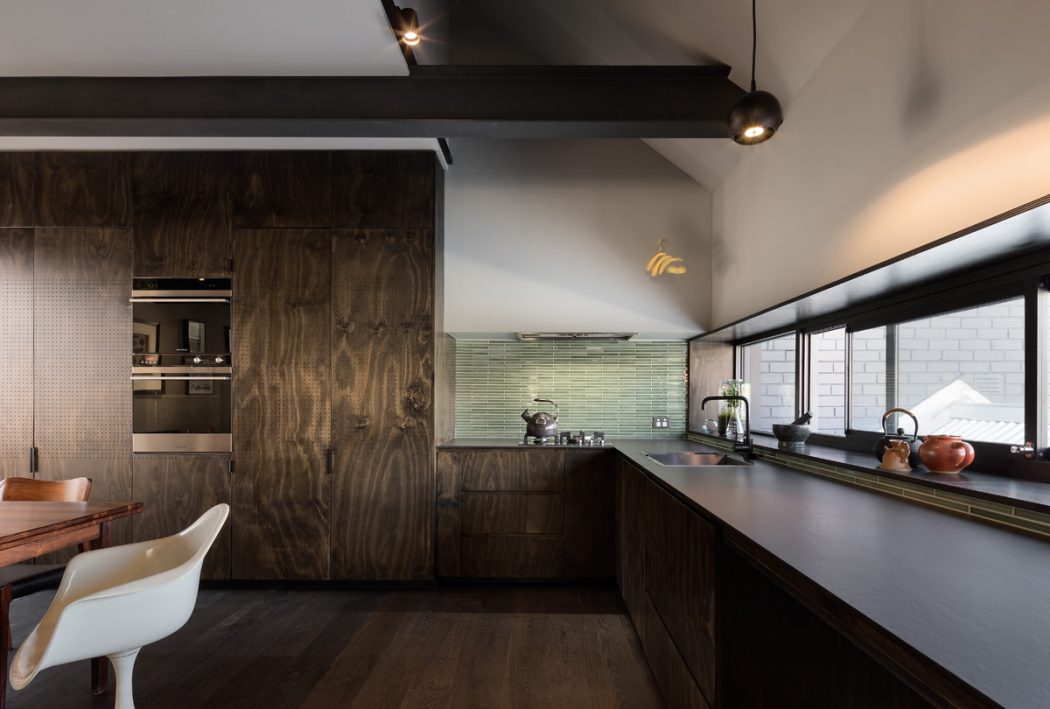 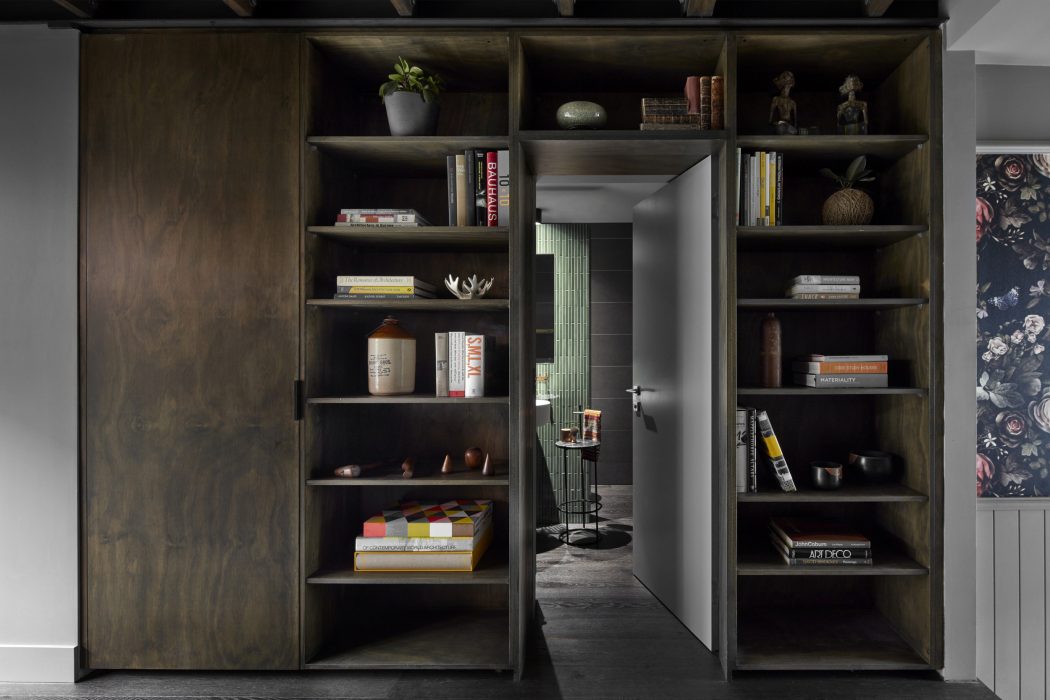 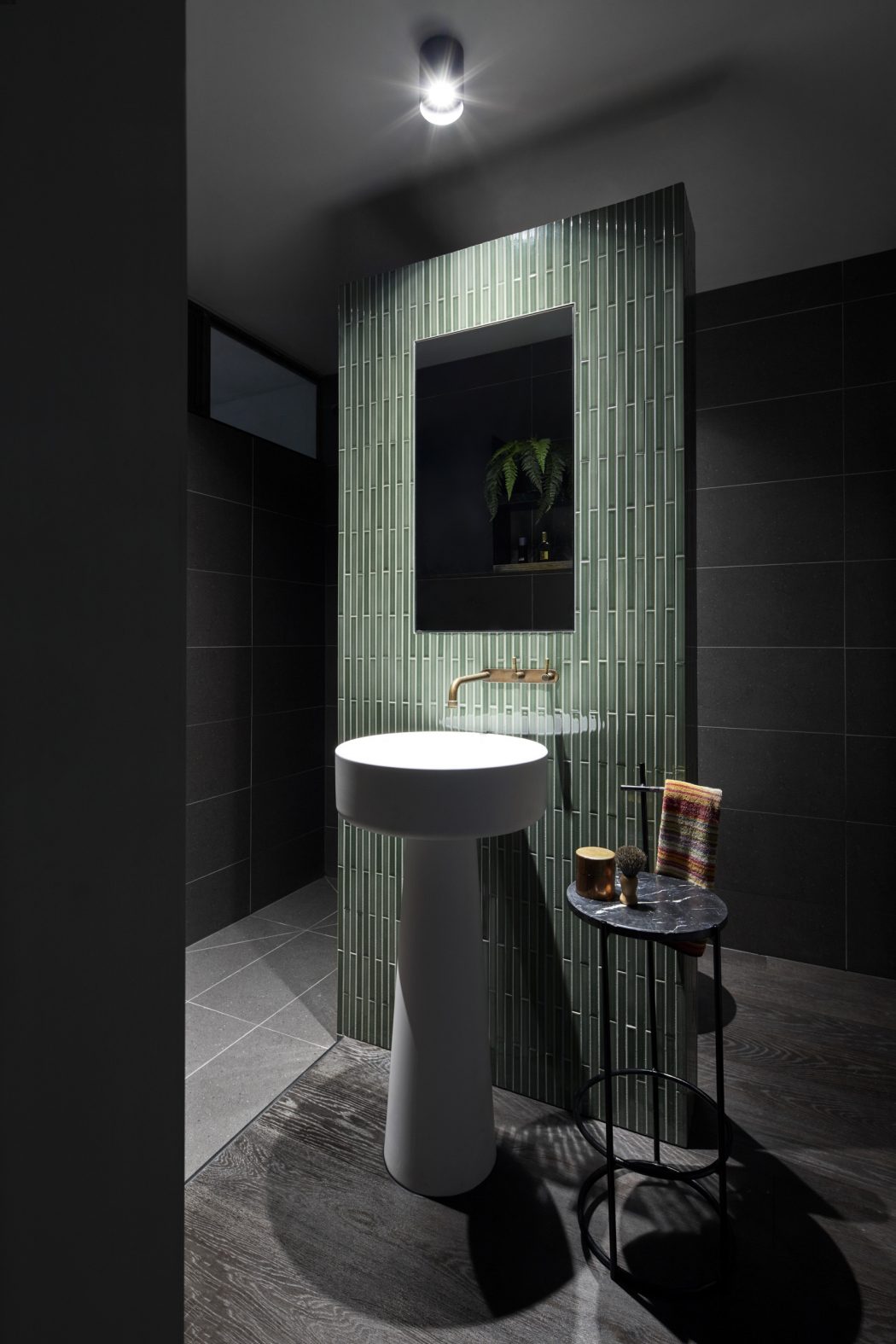 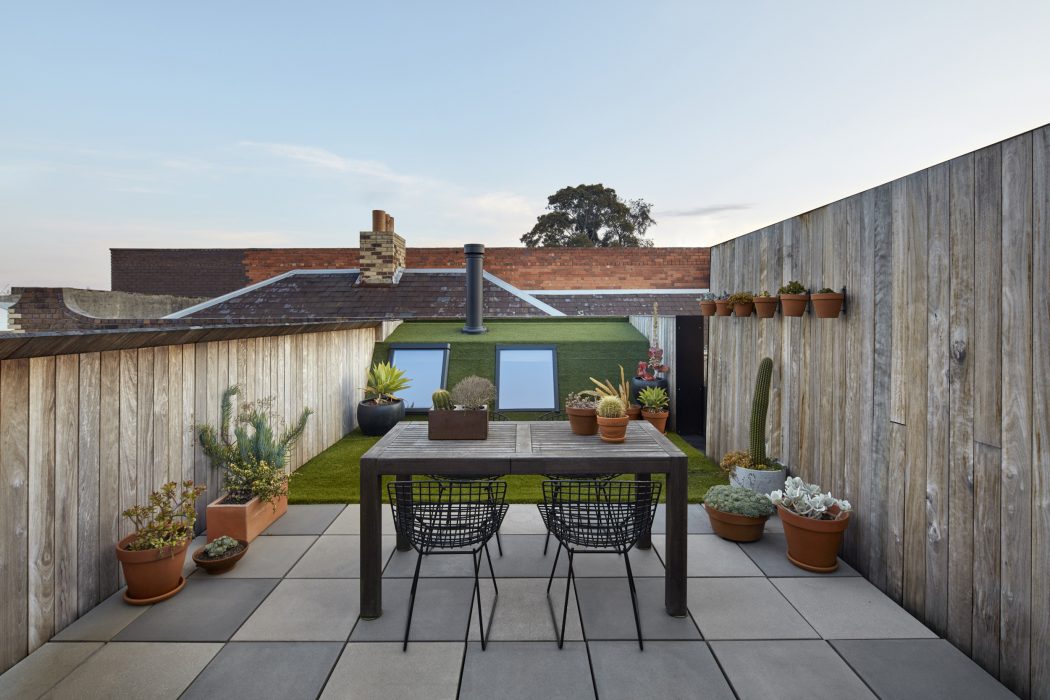 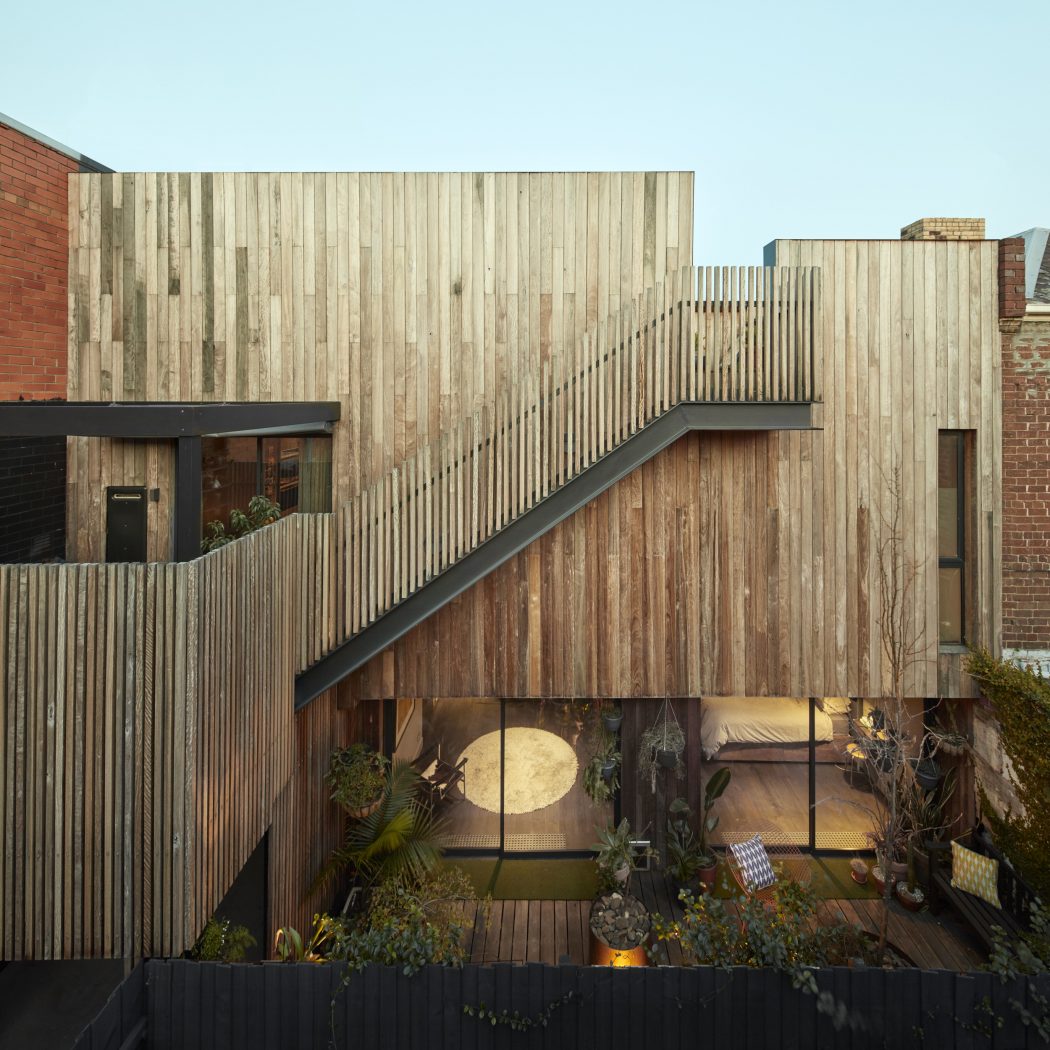 Heritage houses are a double edged sword for an architect, especially if it’s an own home. On the one hand there is the emotive almost romantic aspect of history and on the other you have the pragmatic aspects of Planning and regulations- then you mix this with the desire to fully realise the potential of a site and location.

Crisp House was certainly no exception to this.

Despite having an Individually Significant rating the property was in a pretty dire condition having been stripped of nearly all of its heritage fabric and character, and seemingly held together with years of thickly applied paint.

Early concepts for the re-development tended to focus purely on Planning and meeting local guidelines – looking to maximise the potential of the site rather than consideration to the existing cottage. Using the height of the apartment block to the north as a guide, various schemes using 3 levels were explored. [Collingwood was on the up and up] and maximising the site potential seemed to be the sensible [financial] way to go.

At the same time we also started to delve into the past in preparation for Council submission, and it’s then that our attitude took a turn. As we learnt more about the cottage and the Collingwood Slope district we decided that there was great value in the history, that it was important to ensure it was preserved.

The house name derives from an association with Edward Crisp, an Irish brewer who established the Burton Brewery in nearby Cambridge Street. It was a pre-fab cottage imported from England during early settlement of the 1850’s. The Collingwood Slope was one of the first subdivisions outside of Melbourne and the industrialists all flocked here. They needed accommodation quickly and these timber dwellings appeared throughout the area, to be replaced later with more substantial brick dwellings. Crisp House is among the oldest remaining timber dwellings in Collingwood, and this is the reason for the high rating. Edward actually built the neighbouring brick home and moved his family into there in the late 60’s, Crisp House undergoing further expansion around then into 2 small cottages which accounts for the 2 front entrances we see today.

The restoration works undertaken included a complete re build of the original cottage – nothing was of a redeemable quality. The beaded weatherboards were reproduced in Baltic pine using the original boards as the template, there were in fact 2 sizes as the conversion in the 1860’s used a smaller sized board. The original double hung cord and weight windows were reproduced, and the smaller 6 pane configuration reintroduced after being removed during previous renovation works. The timber veranda posts were returned along with the wooden decorative details, and during the demolition of the cottage we were able to collect a bag of hand forged nails, fascinated by their existence and a great reminder of its age.

The design has opened up a small confined cottage into a free-flowing airy residence. Once past the original portion of the dwelling, the use of extensive glazing and north facing skylights flood the interiors with light. Large sliding doors open up to the outside areas with seamless floor levels. Structural elements have been left exposed adding visual interest to the interiors which emphasise and celebrate a range of natural finishes – plywood /oak /steel /bluestone /cement. Concealed behind the angled roof form is a large roof terrace which brings the primary outdoor space up to a level where solar access is guaranteed and is easily accessible from the living spaces via a sculptural external steel and wooden stair.

In a varying streetscape of heritage and industrial buildings from the 19th and 20th centuries, and in an area of continued development and change Crisp House has finally secured its place. Hemmed in by taller buildings either side of it, the original cottage was overwhelmed and neglected for decades – its identity compromised by inappropriate treatments. The new works now fill in this gap and provide a sensitive and recessive backdrop to the faithfully restored dwelling that originated some 160+ years ago in England.