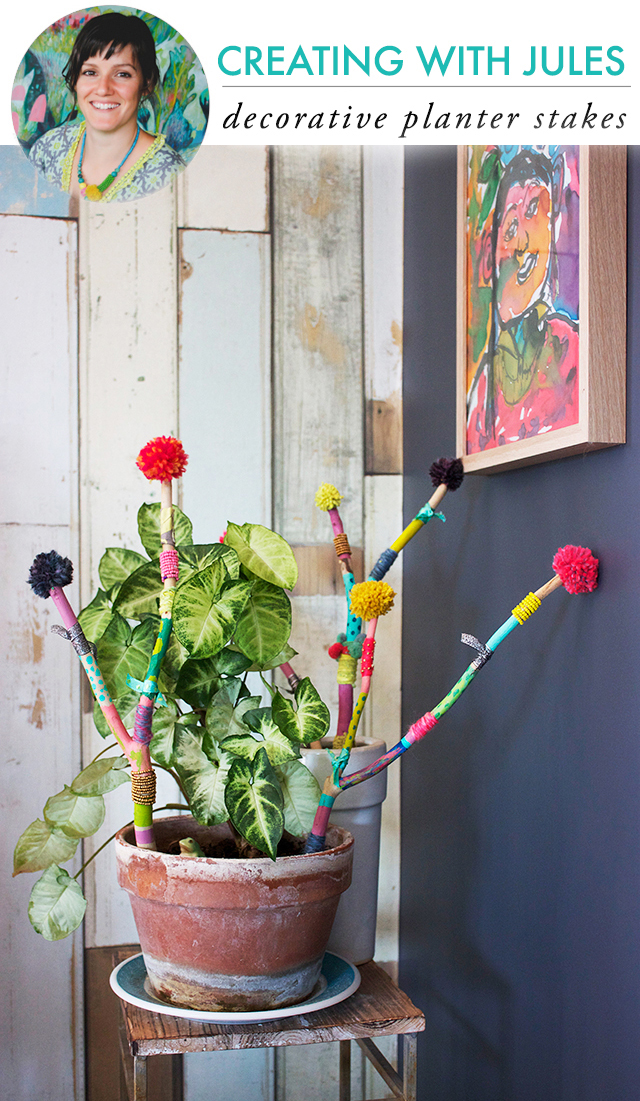 Hello! I have some decorative planter stakes for you today.
Every time I see some painted branches around on the internet, they catch my eye. I just love how you can take something as simple as a branch (they don’t cost much!) and create a pretty cool craft out of them. I wanted to join in on the fun and create my own, but with a bit of a twist.
I decided I would do some painted branches but add some extra crafty bits to them. Up leveling, if you will.
You will need:
some branches (ours were prunings from our own backyard. They are really nice and smooth.) My branches measure between 30 – 40cm (12″ – 16″).
acrylic paints

extra decorative bits such as wool, beads, ribbon, fabric, ric rac or whatever else you would like to use from your craft stash.
craft glue 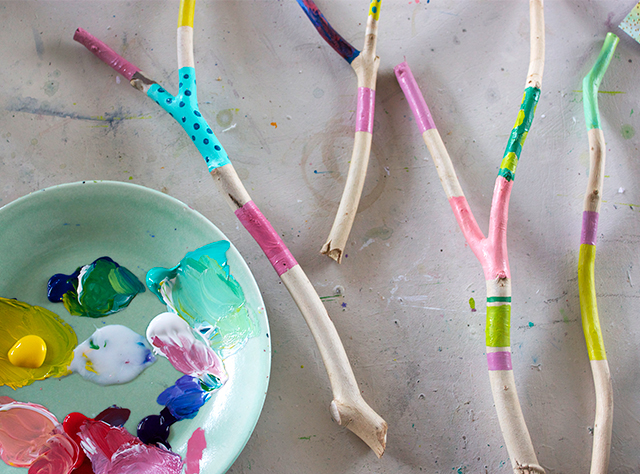 I started out painting the branches with acrylic paints. I used nice bright colours, painting bands of colour, some thin, and some wide. I added some spots here and there. Stripes also look good, in my opinion. 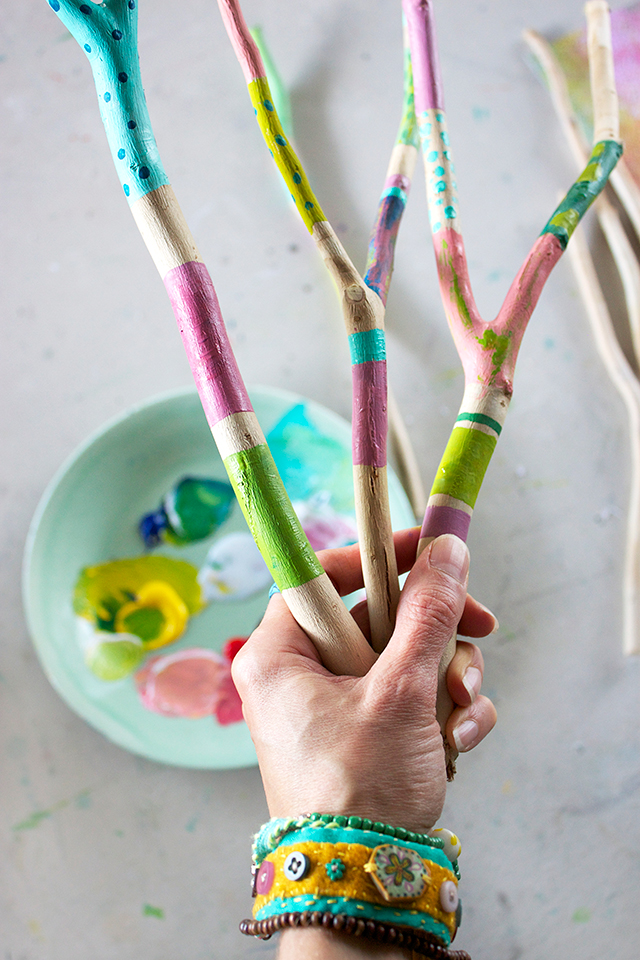 I took some wool and started winding it around a section of the branch, after placing a bit of craft glue underneath to hold it in place. I tied off the end and trimmed the excess, then repeated with various other colours in random places on the other branches. 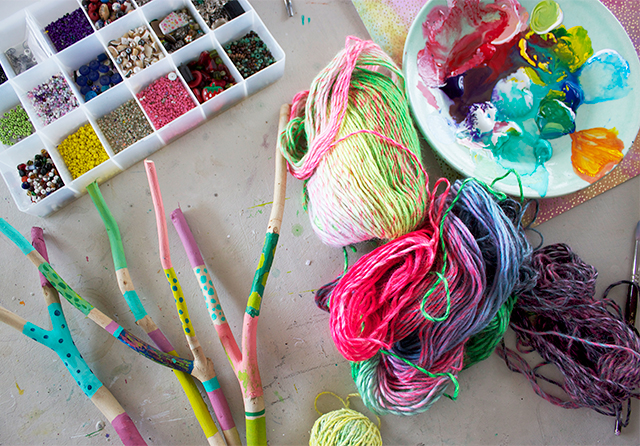 I wanted to add some pom poms to the ends of my branches, so I used a really quick method for making them. I’d like to say that that was because I’m just super nifty, but it’s actually because I live in a house with two young girls who love to craft as much as I do and my pom pom maker was not locatable! But this is a quick and easy method all the same! 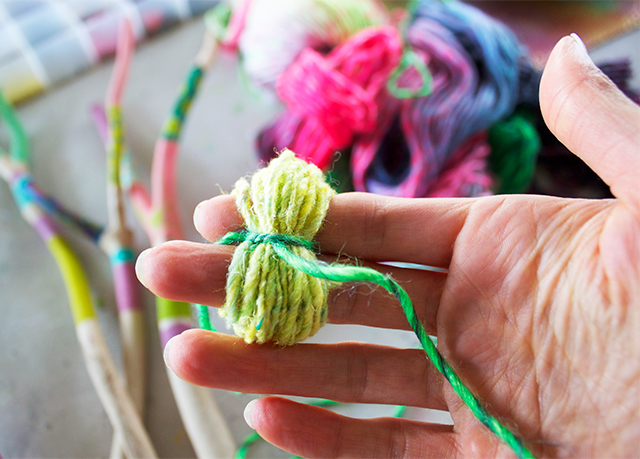 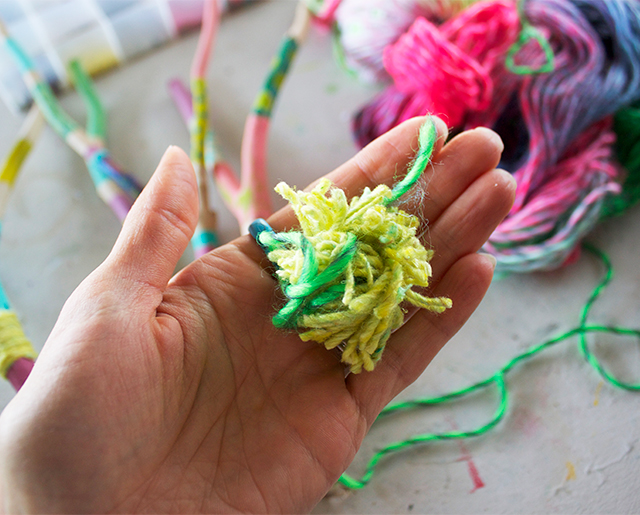 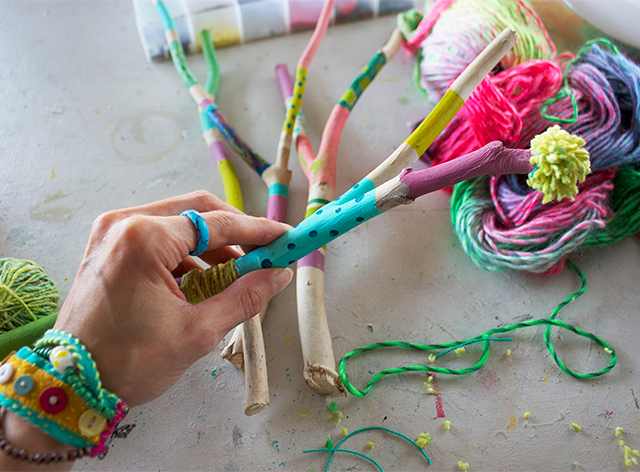 I then glued my little pom poms to the ends of the branches with craft glue. 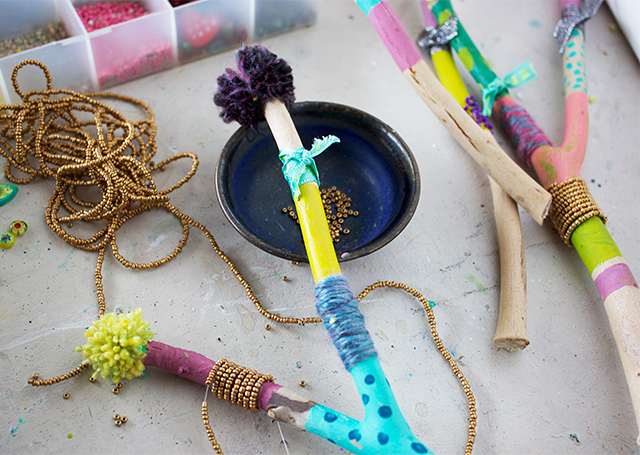 I wrapped some beaded strands around by threading a beading needle onto some thread, and then tying the other end to a section of a branch. I then threaded on seed beads until I was happy with the length, and wound them around, with a bit of craft glue on the branch for extra hold. I finished by sewing into the above beaded strand and then tying the end off. 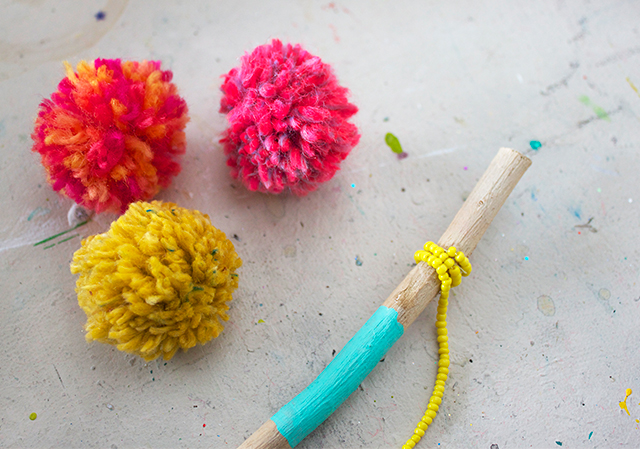 Another fun idea is to sew in some little seed beads into some previously wound wool. I was pretty excited when I found these gold beads last time I went craft-supply shopping. I love them.
I also tied some ribbon around in places with a knot. I liked the look of simply tying a knot and leaving bits of ribbon sticking out.I also tied around some small pom pom ric rac (one of my all time favorite craft supplies), and gluing some beads straight on. 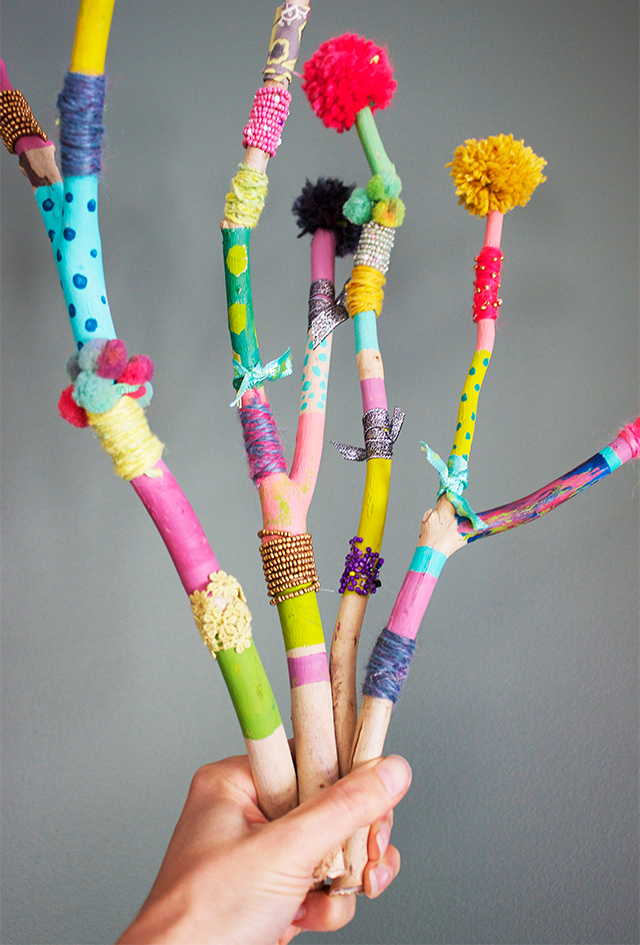 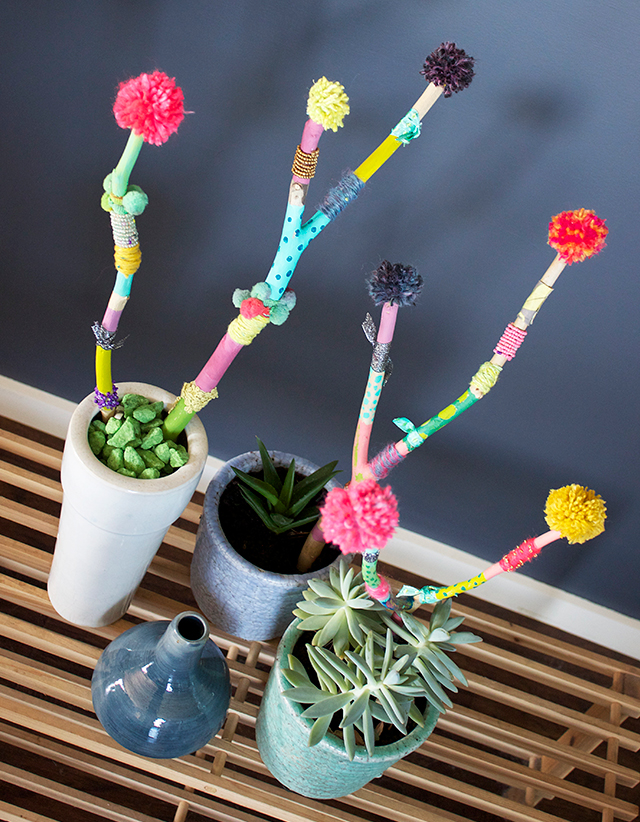 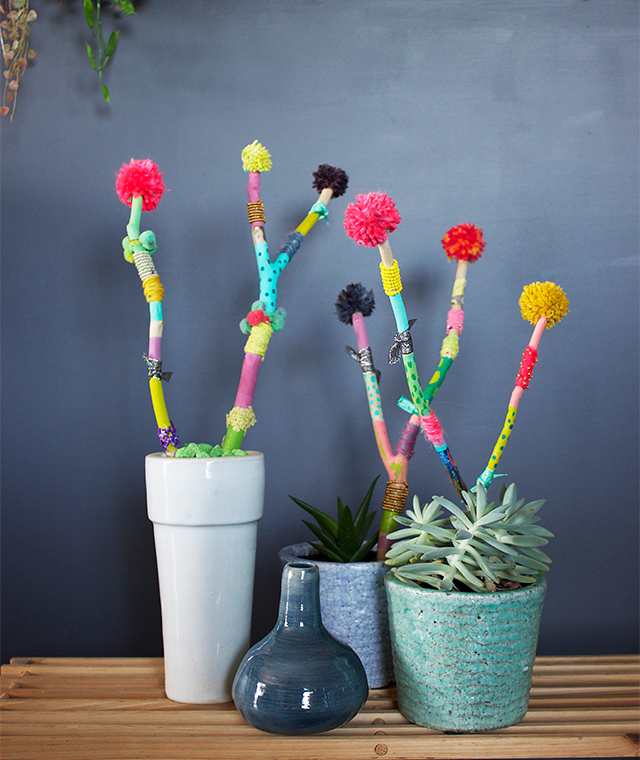 And there you have it. Some bright decorative branches that you can poke into some plant pots, or you can put them into a holder or vase as “flowers” that will never die, if you’re anything like me and you leave the flowers a little too long before taking them out to the compost!
I hope you loved my painted branches tutorial.
Jules 🙂
You can find more of Jules here:
Blog
Instagram
Shop