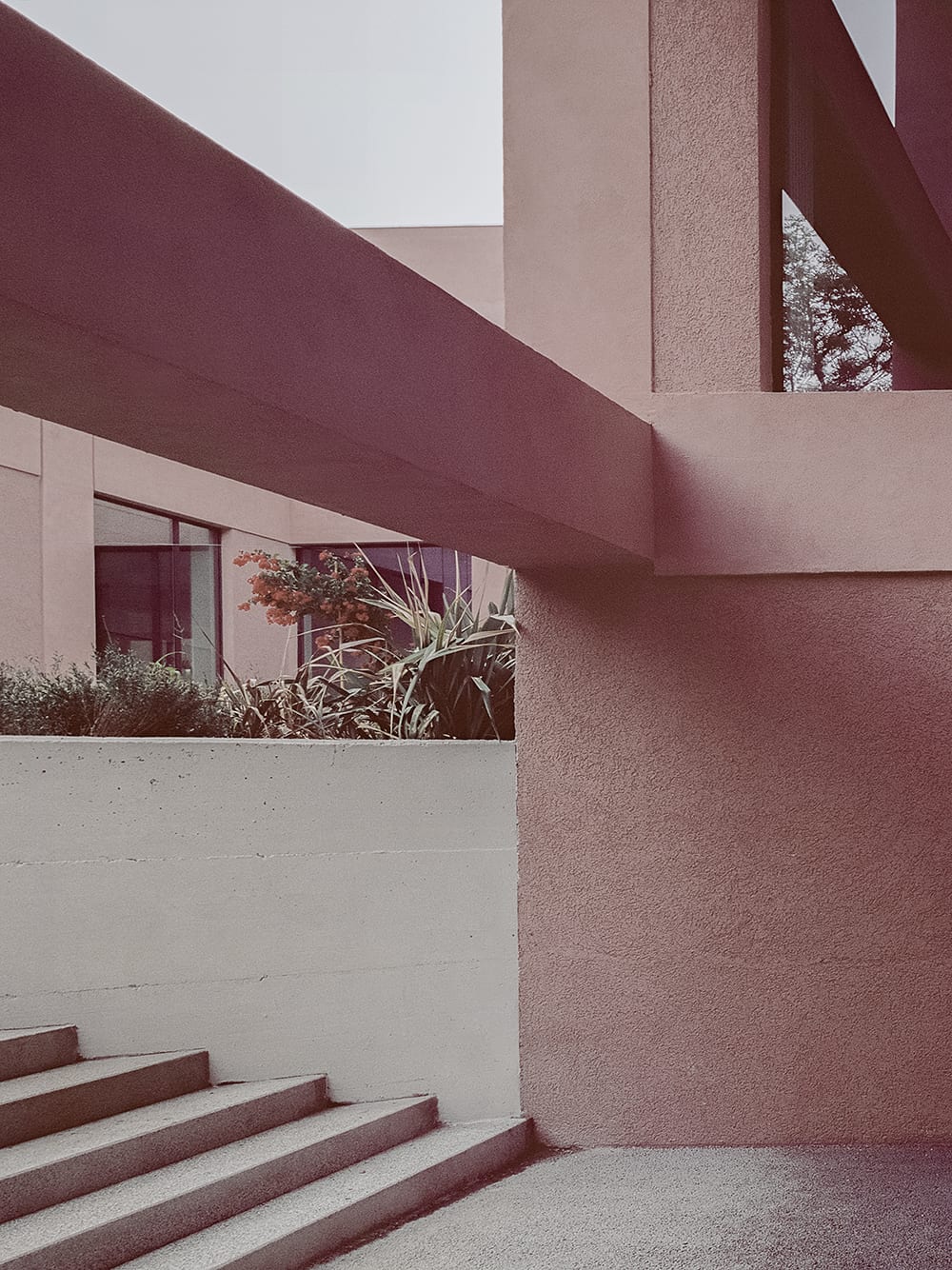 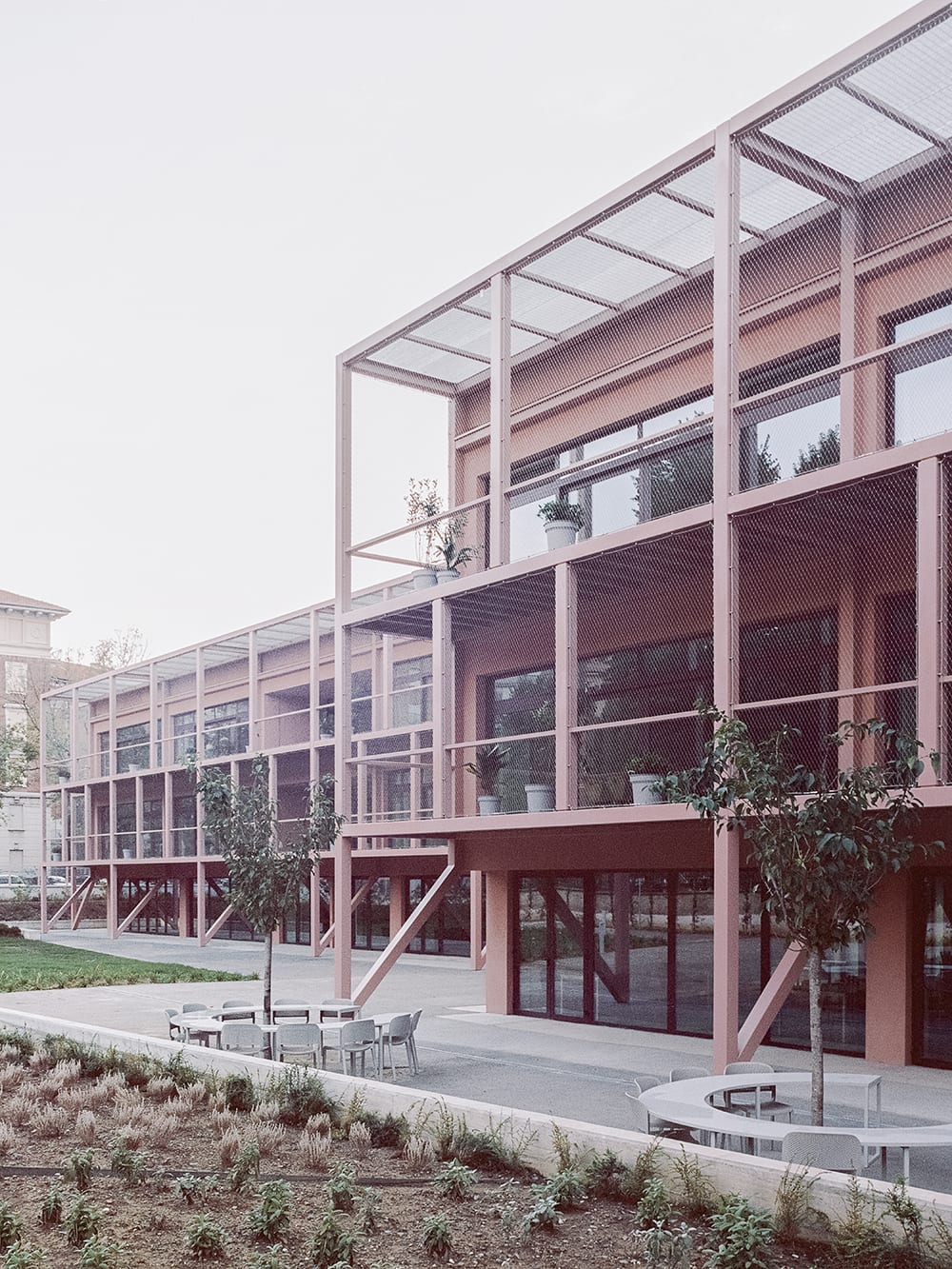 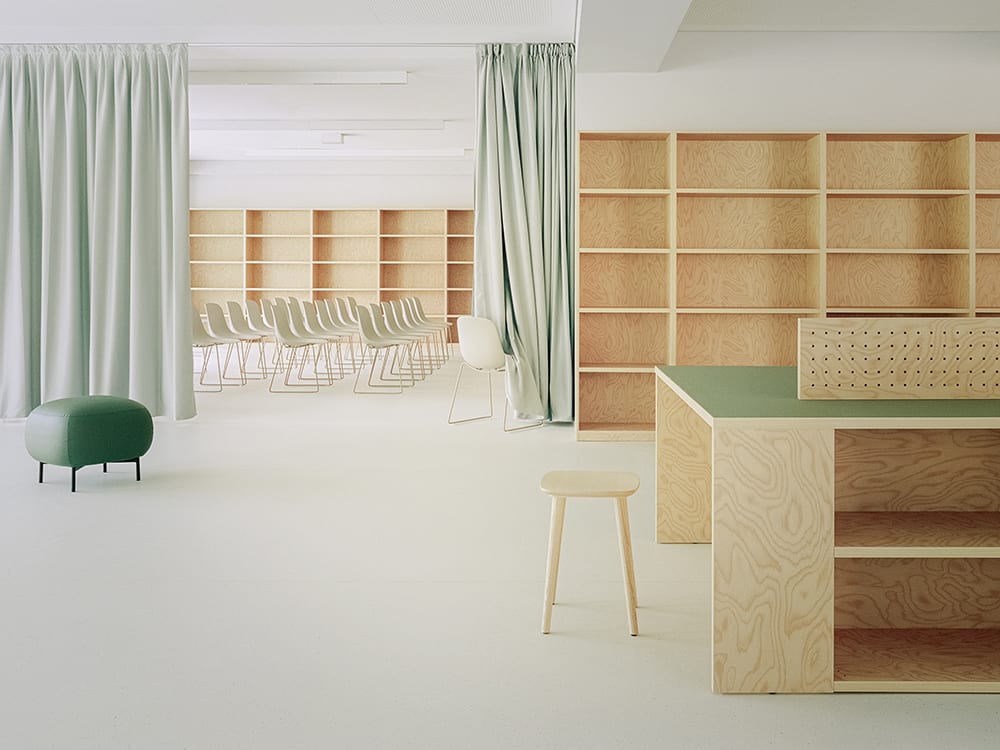 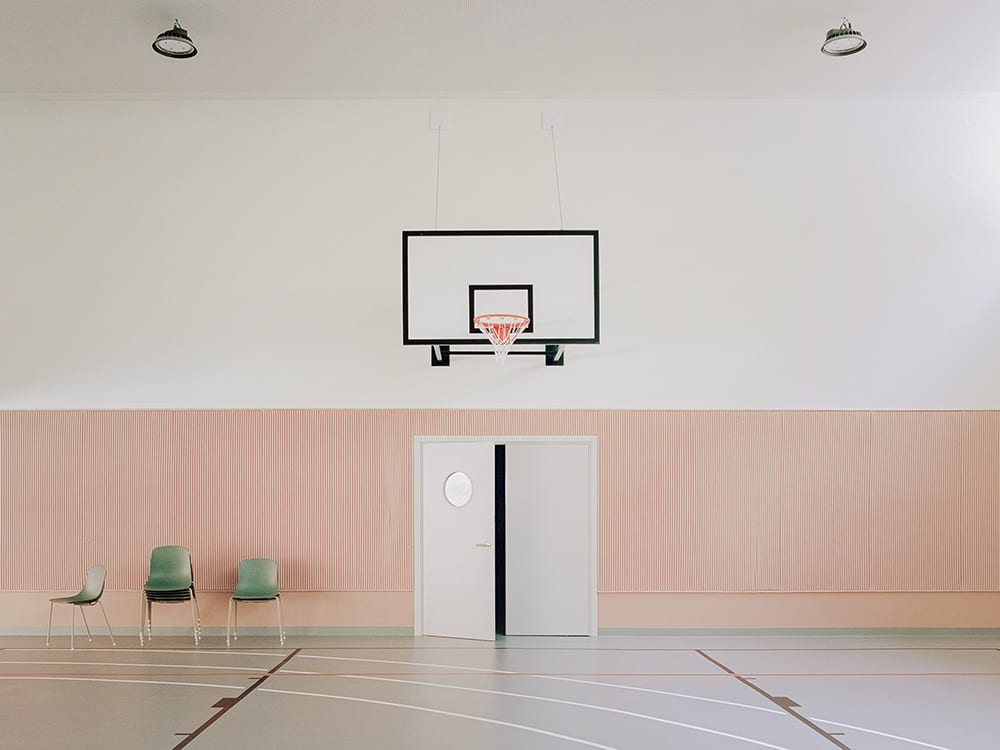 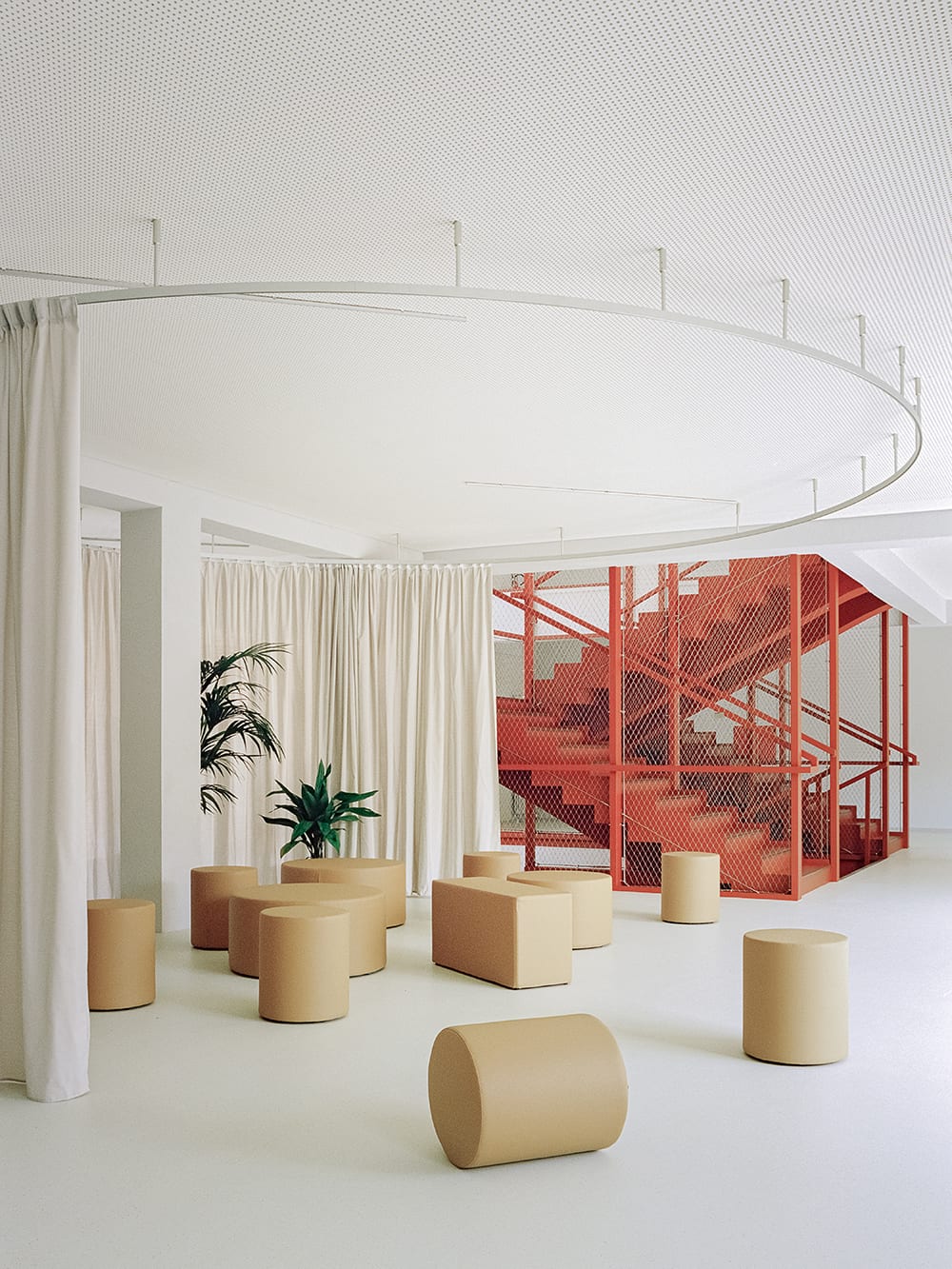 Turin-based architectural firm have completed a transformation of the local Enrico Fermi School. An existing 1960s building, set between a former industrial area and the Po river, was extended and functionally rearranged. The renovation was undertaken in collaboration with the city of Turin, aiming to embody the future of education and architecture for Italian schools.

BDR bureau endeavoured to make the school an integral part of the community, reorganizing the entrance and external spaces in order to merge the campus with the local urban fabric. What was formerly the back of the building is now a large main entrance with green outdoor space, unfolding into the neighbourhood and emphasizing the concept of a community school. The ground floor is an extension of the public space, integrating amenities that are open to the public such as a gym, library, auditorium and cafeteria.

“We wanted a project able to dialogue with the existing building and revolutionize its function at the same time. New spatial elements, transparencies and additions reinterpret the original structure with the aim of opening the school to the city,” explain architects Alberto Bottero and Simona Della Rocca. 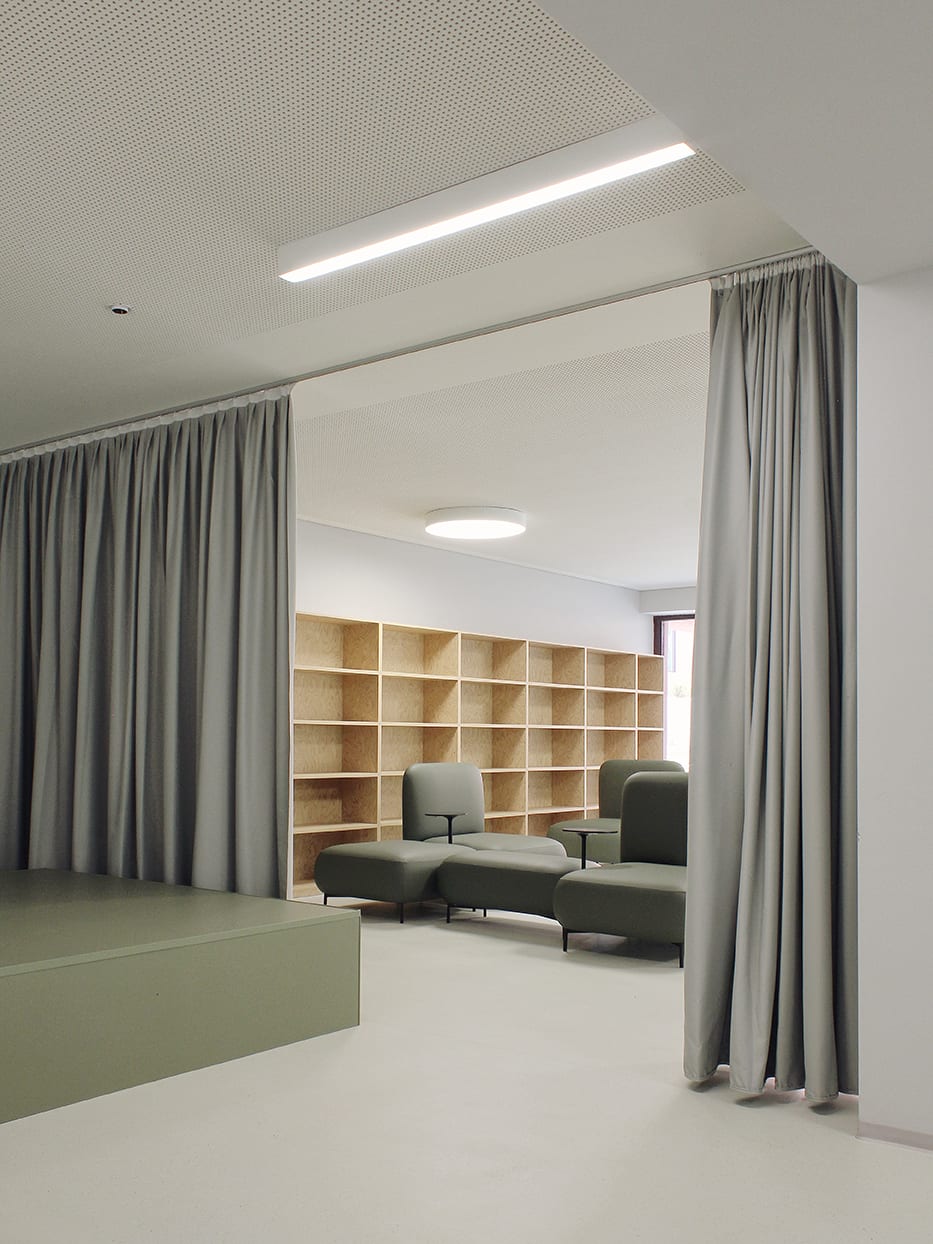 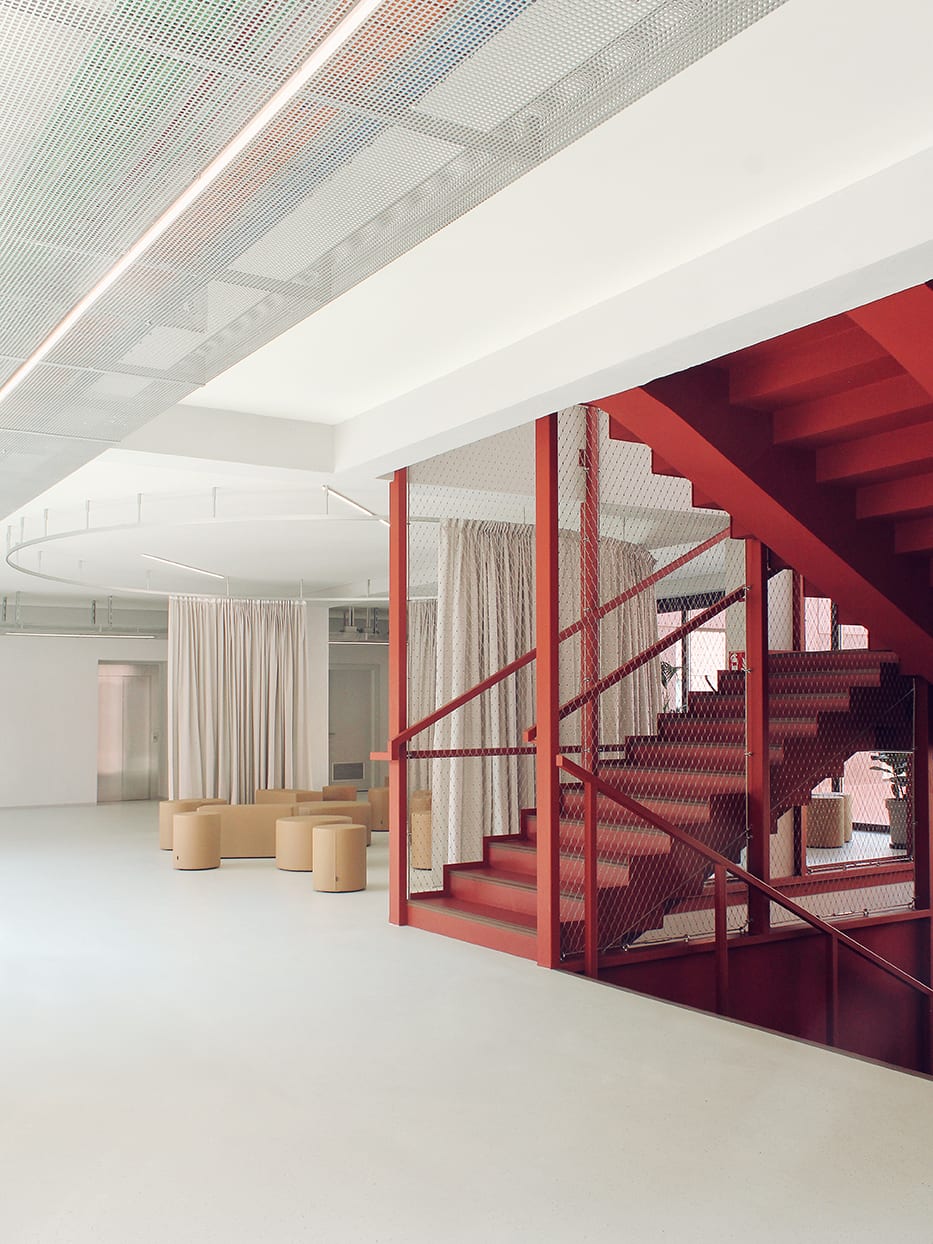 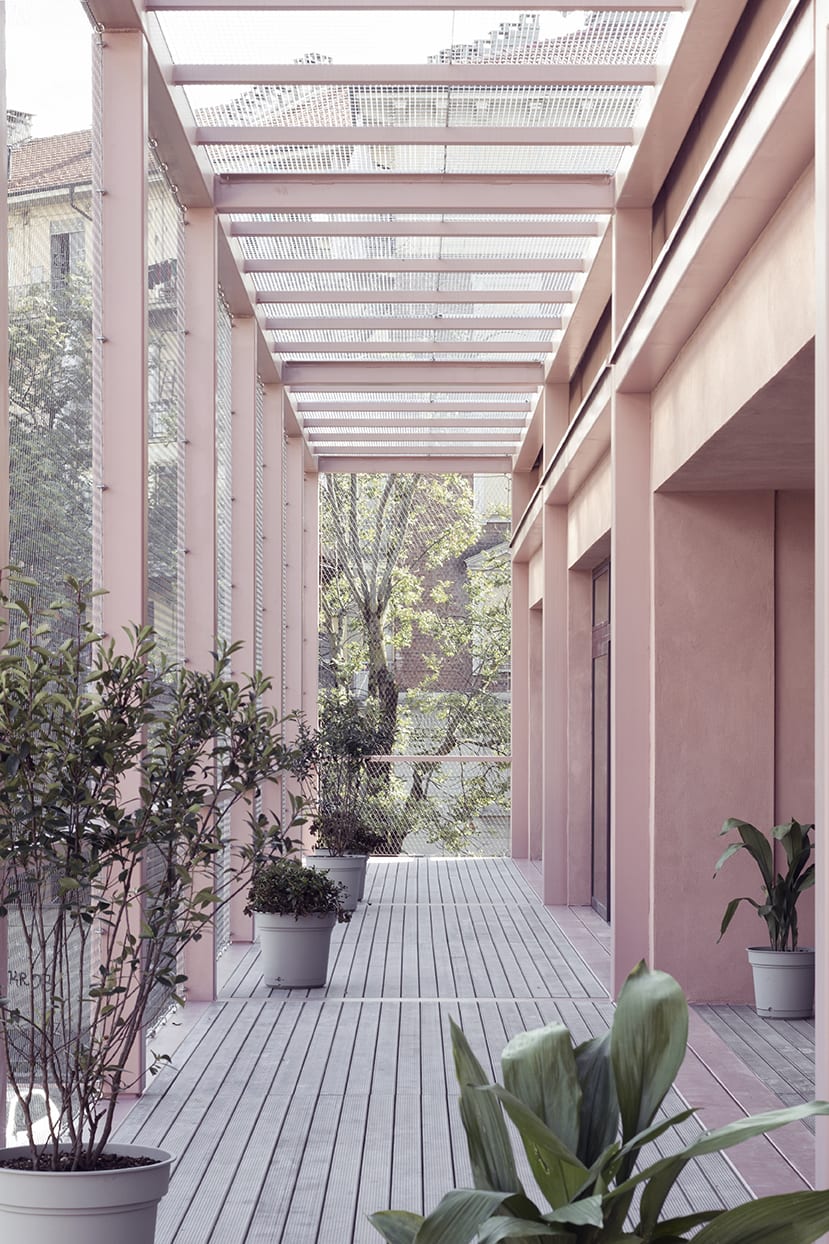 A blush pink steel structure wraps around the building, creating terraces and connective spaces that play a core part in classroom interactions and teaching programs. The facades of the old building are treated with a ‘multigrain’ plaster, creating varied texture and depth. Large windows facing the courtyards enhance connectivity between different sections of the building and the outdoor spaces, helping to bring new meaning to the original layout.

“The modularity of the new frame outlines a thread-like backbone, completed by a metal net that highlights the visual permeability and the relationship with the outside,” said the architects.