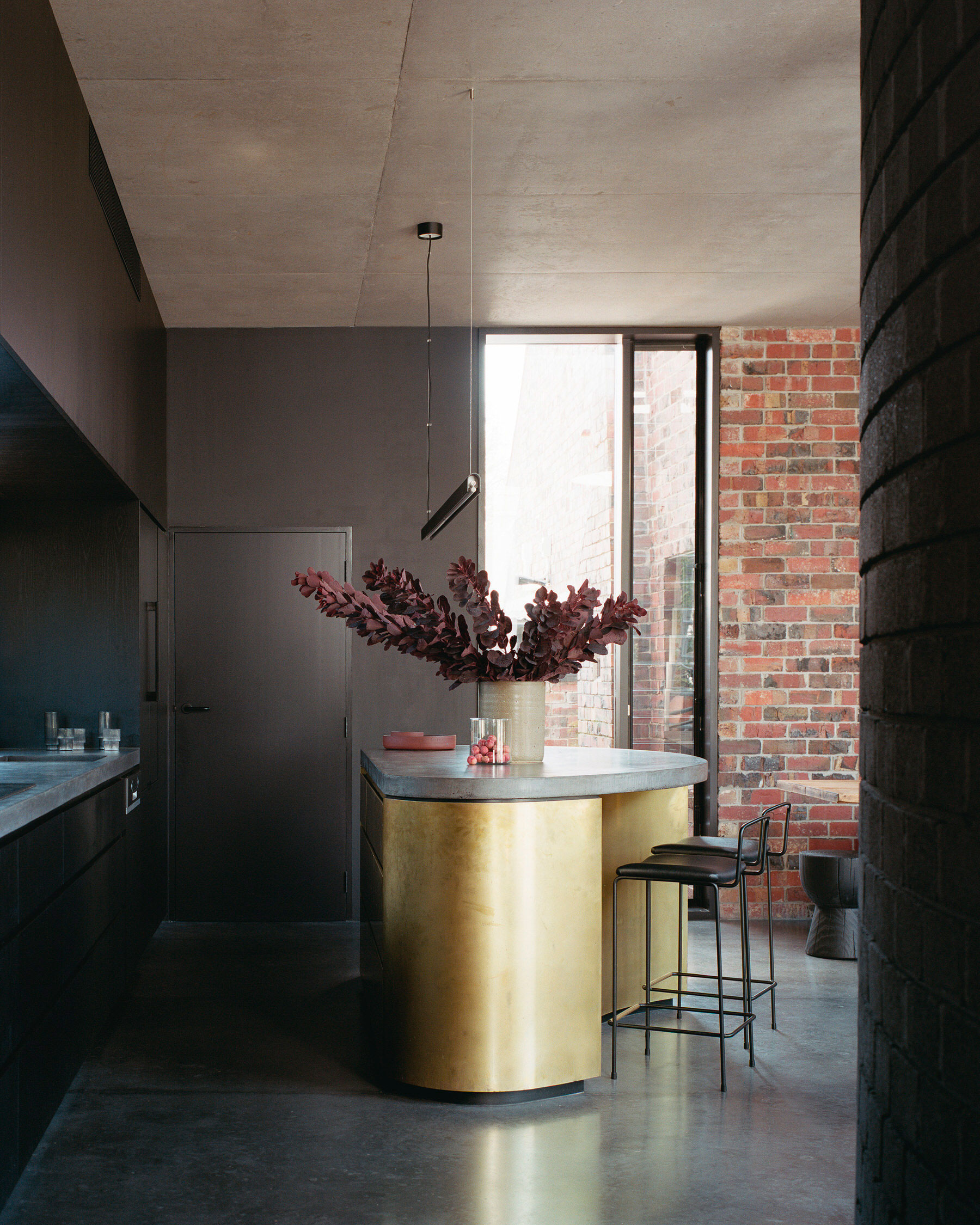 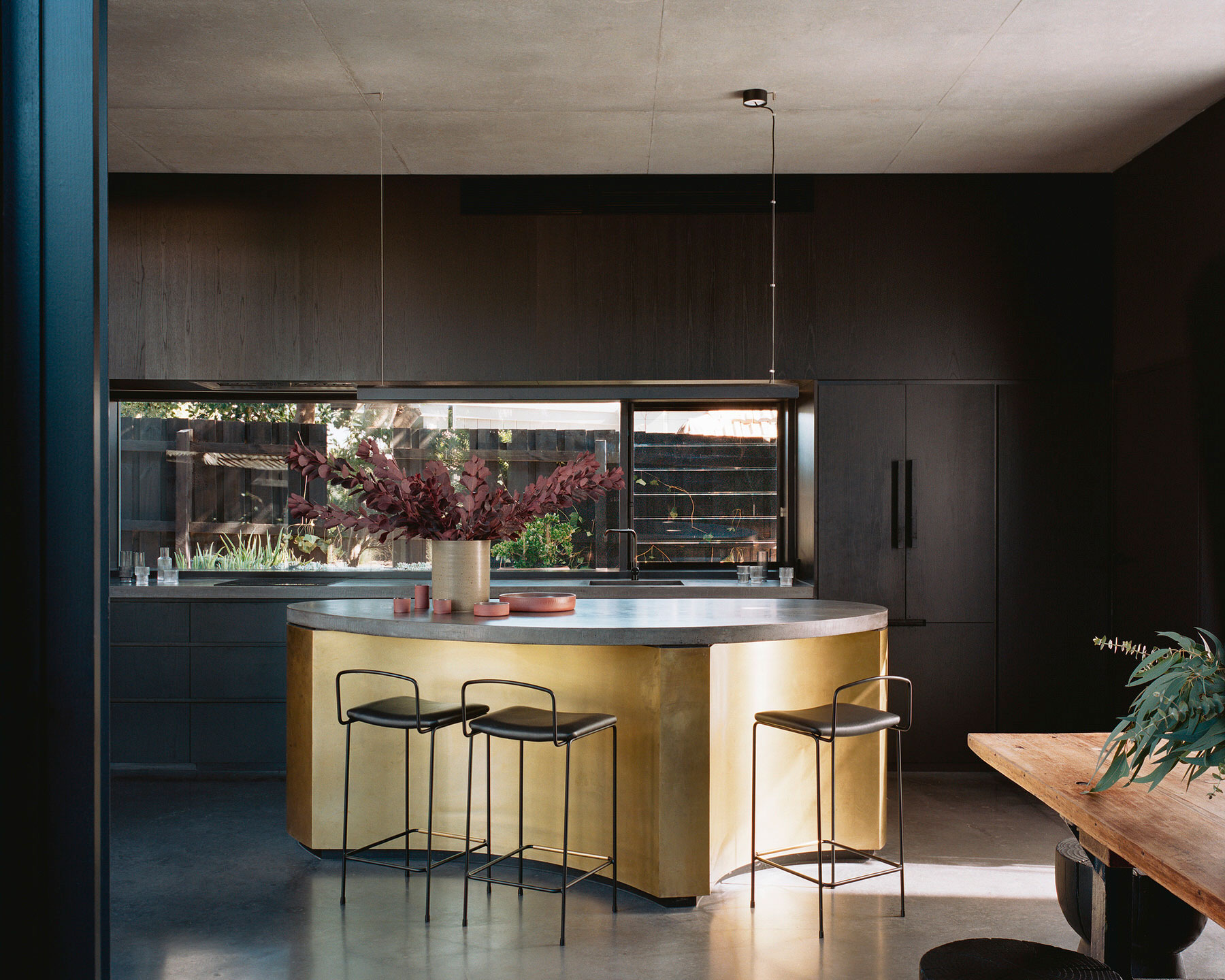 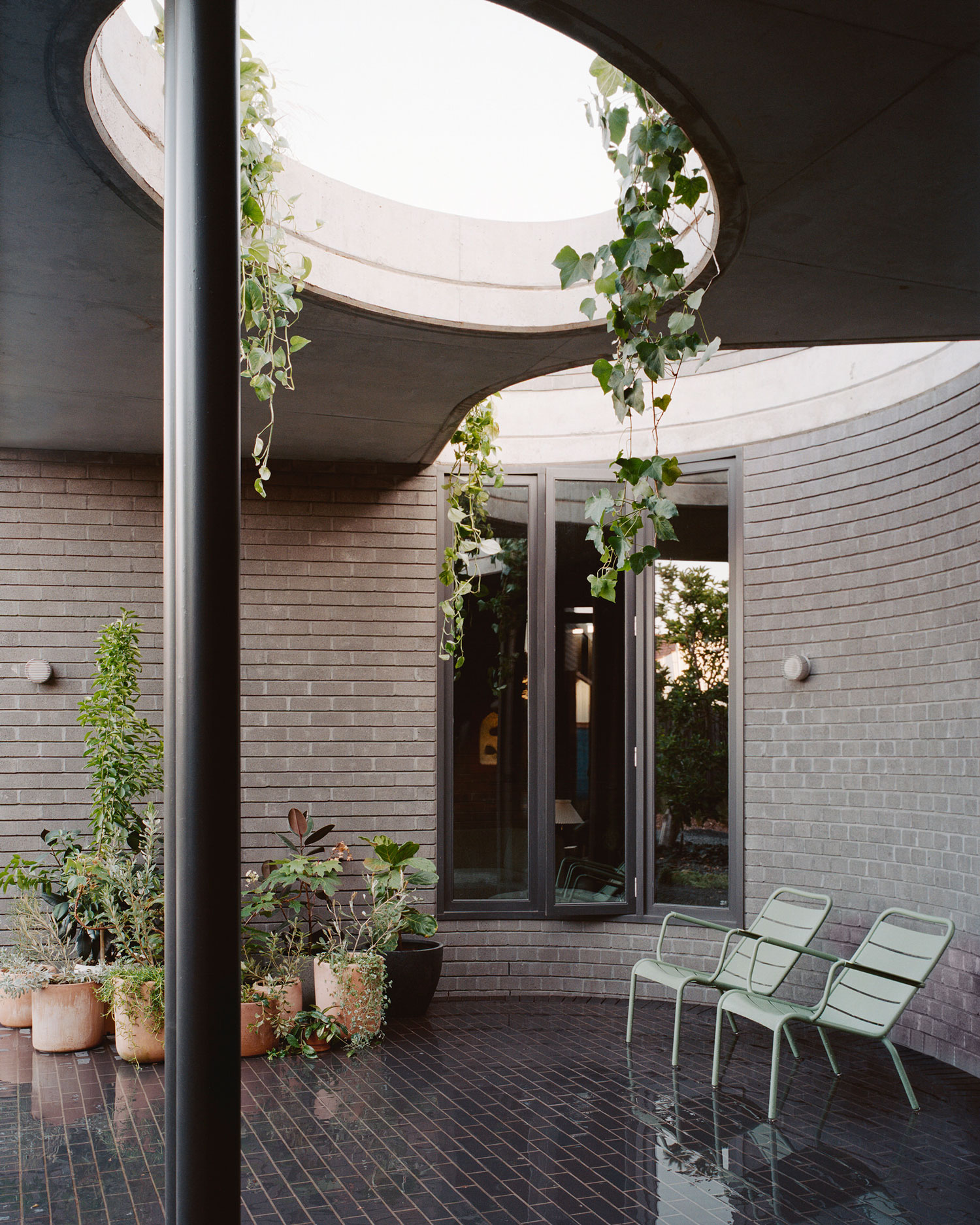 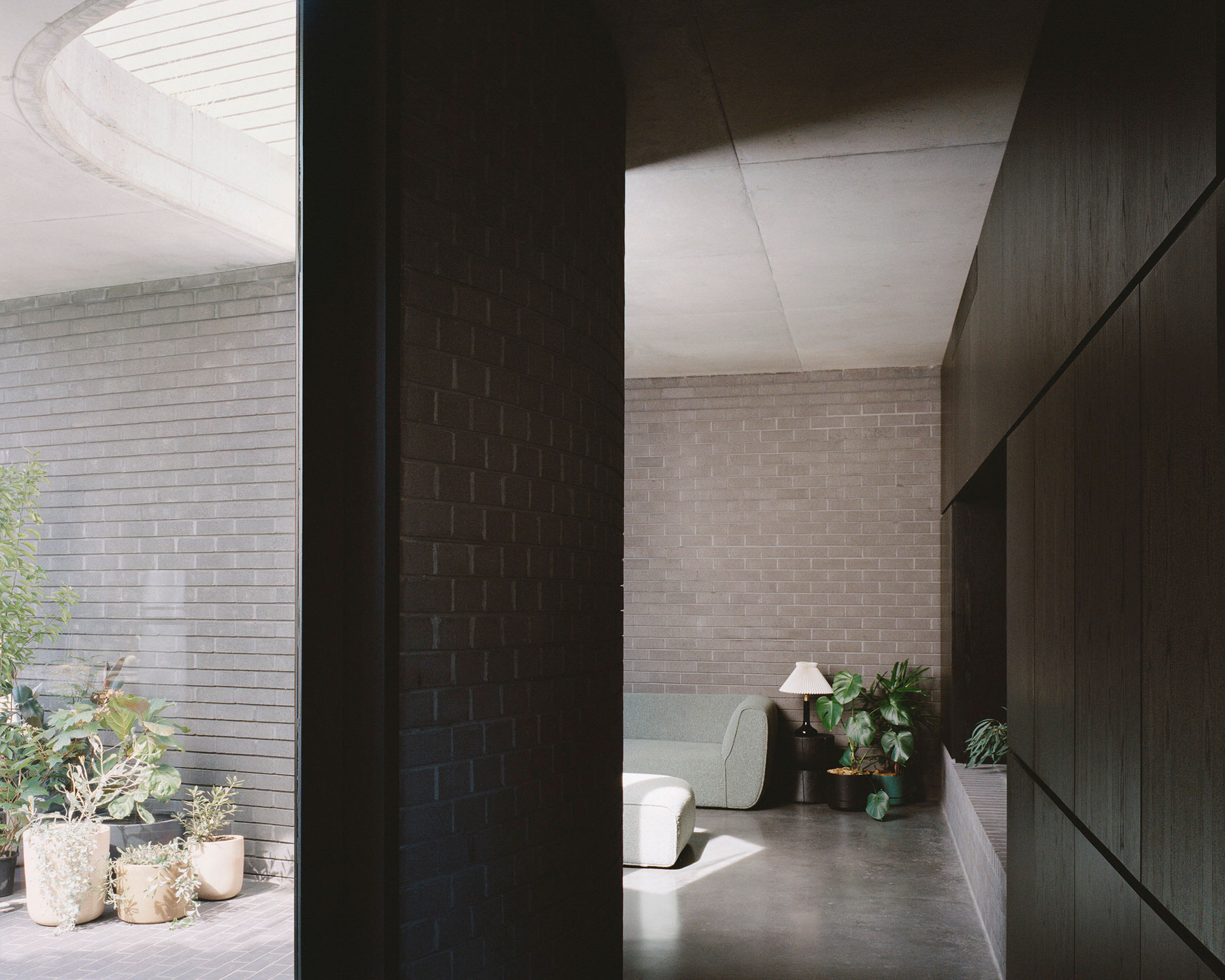 There is a rise and rise in appreciation and demand for dwellings in today’s architecture fabric – walking through the streets of inner-city suburbs, facades of Victorian and Edwardian buildings are being reconfigured in a newfound timeless light. Unfortunately, I can’t say the same for the post-war dwellings found in the outer suburbs – with their architecture value and durability overlooked, many are left without a heritage overlay that foresees a careless demolition.

Changing the conversation and celebrating the strength of these architectural gems is ’s Clinker Brick House. Approaching the design as if there is a heritage overlay, Studio Bright has lovingly and sustainably guided the masonry architecture to the contemporary context. Embracing the existing clinker façade is a modest and compassionate backyard extension that embraces the embedded history while illuminating its architectural appeal.

Located near the costal side of Mentone, Clinker Brick House is designed at the client’s request for larger living spaces and an additional bedroom to be added to the house’s original central passage plan. Minimal changes were made to the footprint, with only a new bathroom tiled playfully in pink and white and a new main bedroom added. Meanwhile, the old kitchen stationed awkwardly towards the end of the corridor is removed, allowing the architects to take advantage of the newly established opening. 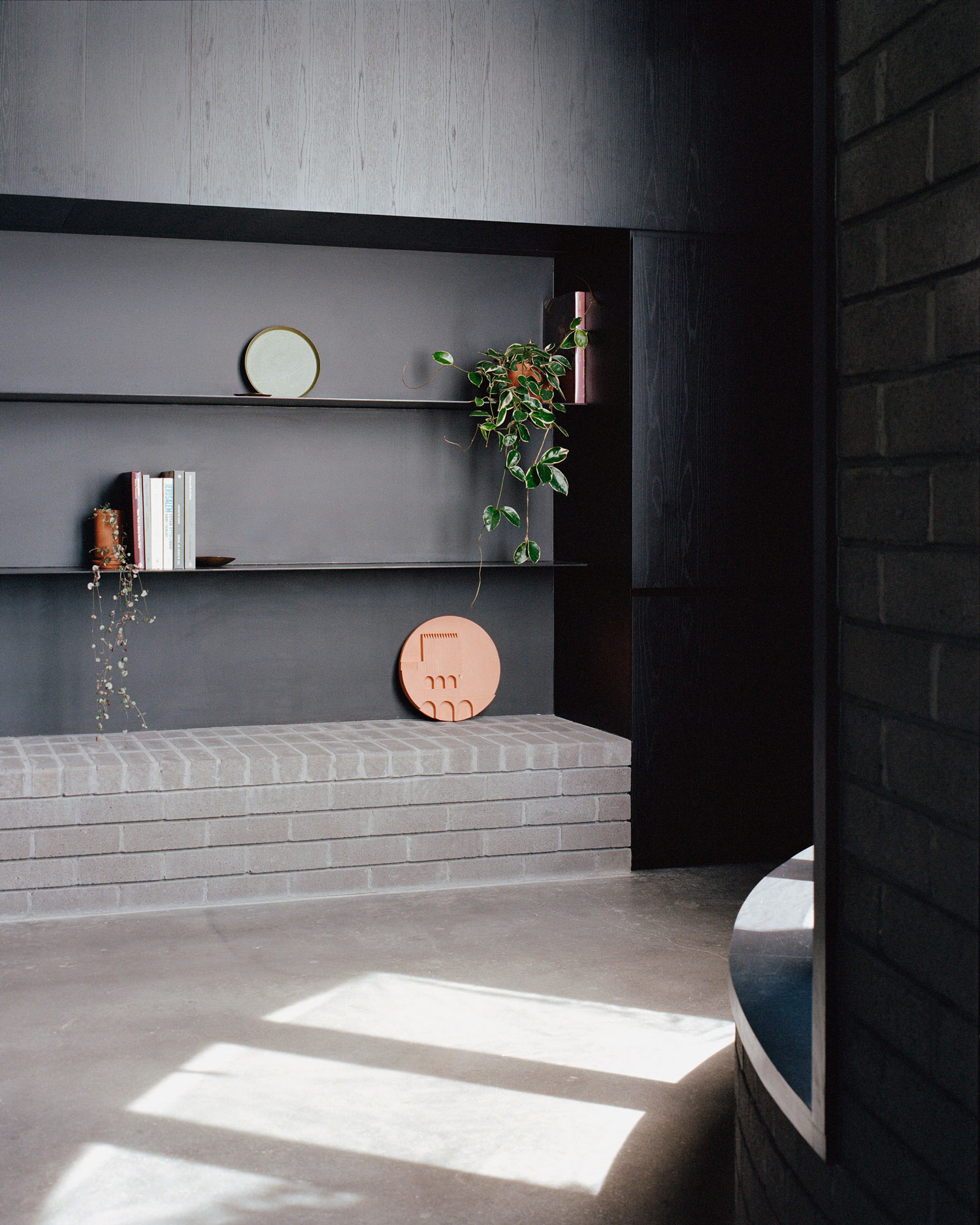 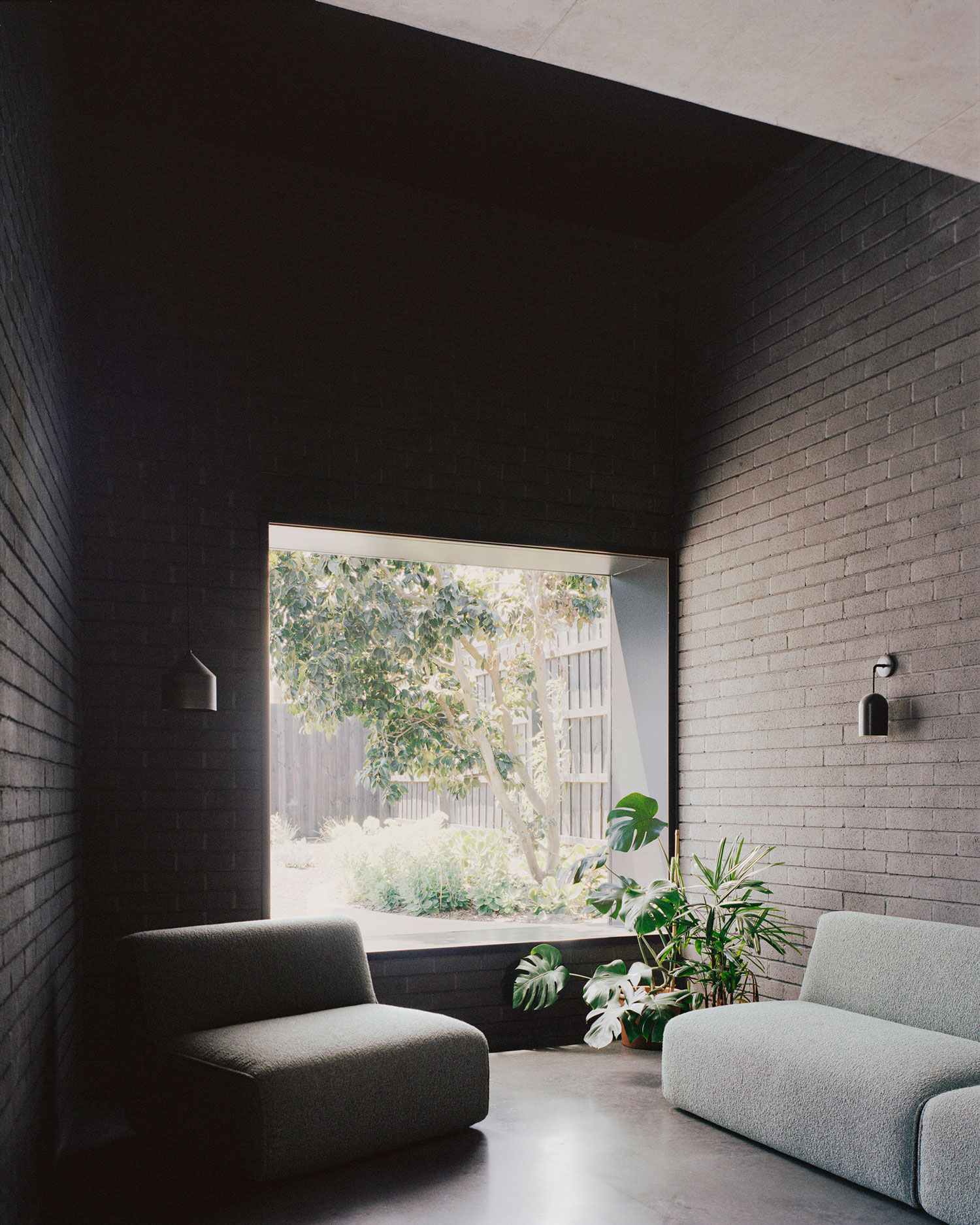 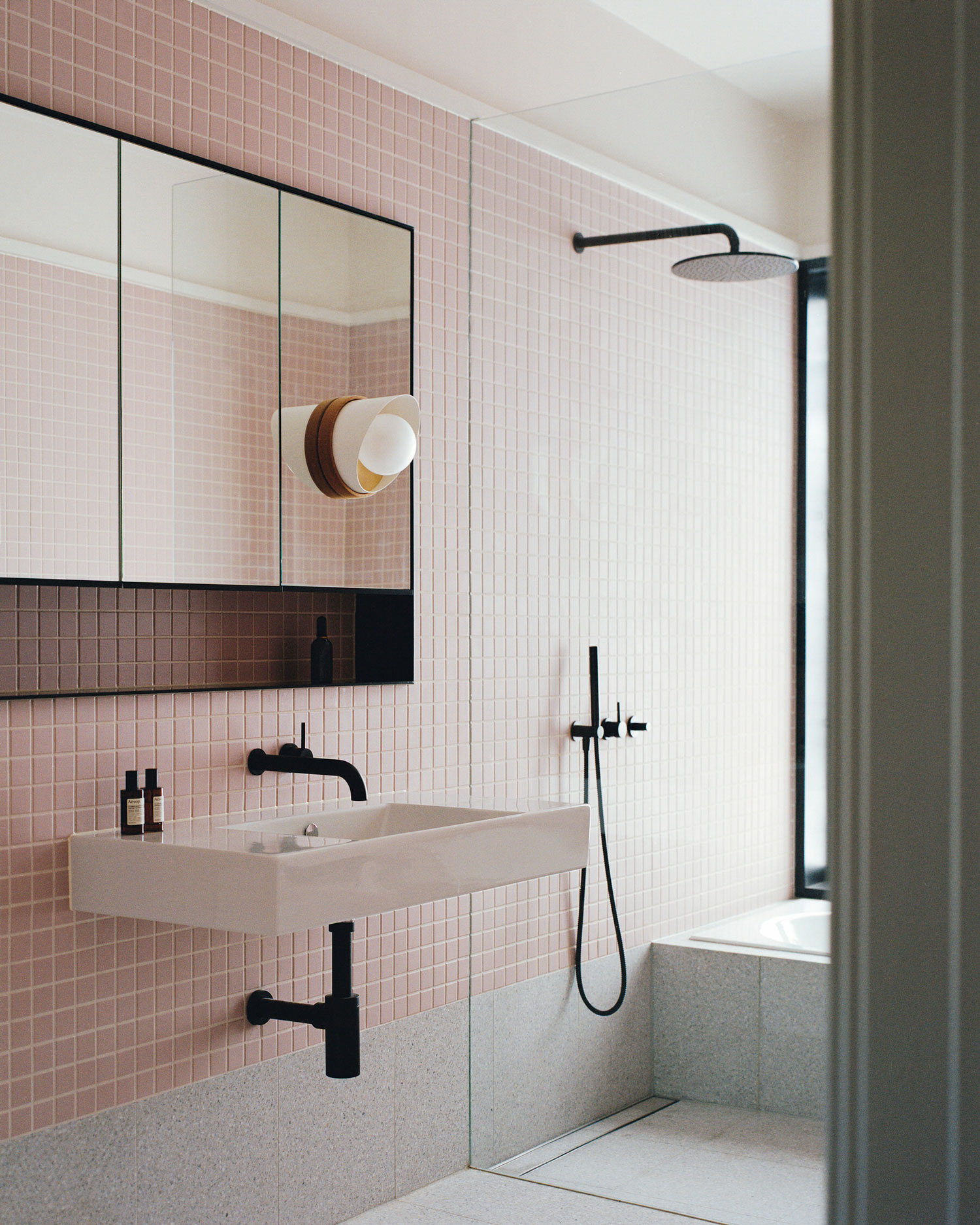 Opting for flexible spacing and footprint without encroaching too much on the garden, Studio Bright strategically introduced a hook-like attachment to the house, reintroducing the kitchen near the front and living area towards the end of the curve. The swooping gesture offers a panoramic experience of the garden and an opportunity for a private terrace – in which is paved with black tiles and shaded by a semi concaved roof garden punctured with circular moments for foliage to grow through.

The extension also effectively provides a long corridor with a semi-narrow point that allows doorless transitions between private and entertaining moments, fulfilling an implied separation without a physical partition. 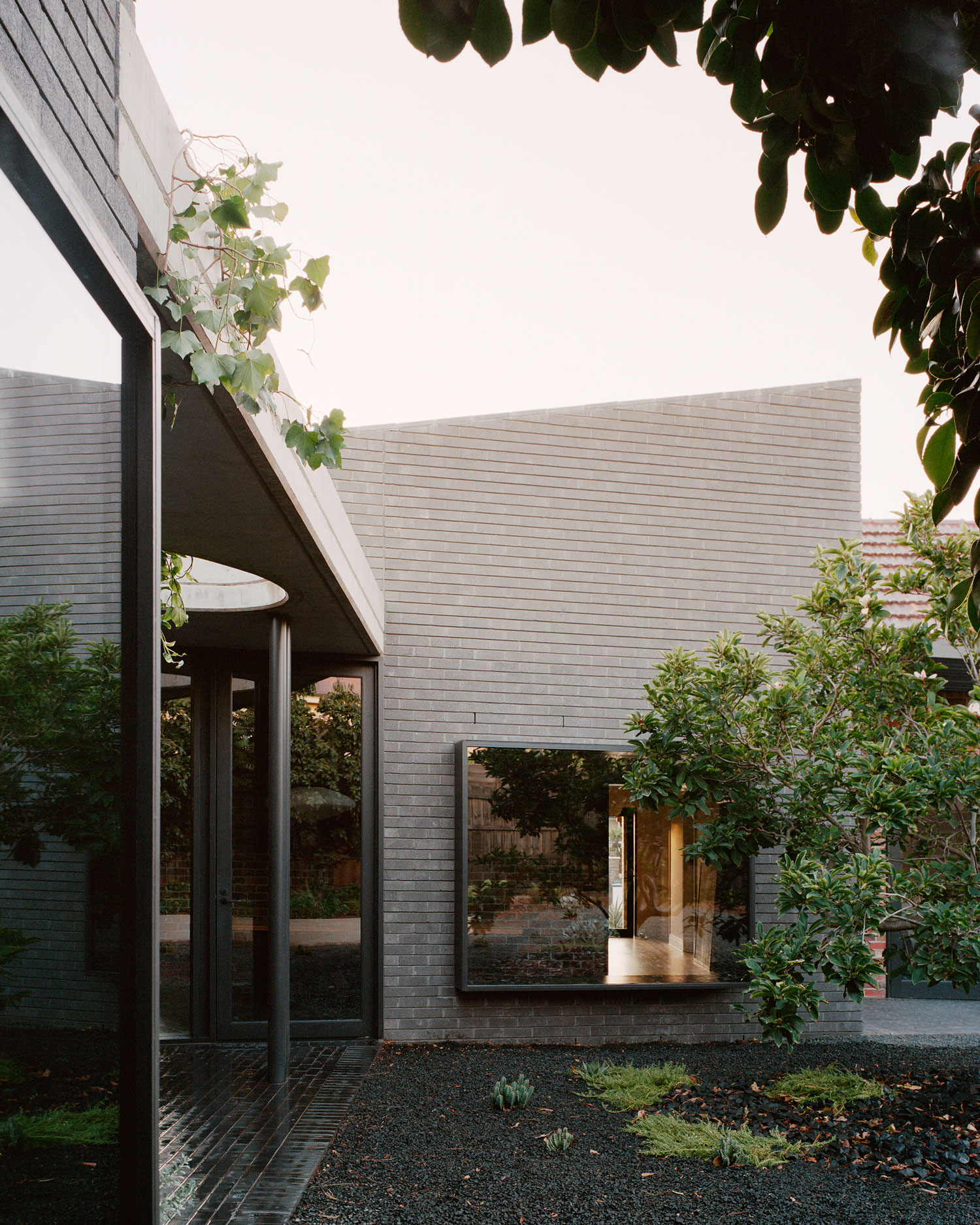 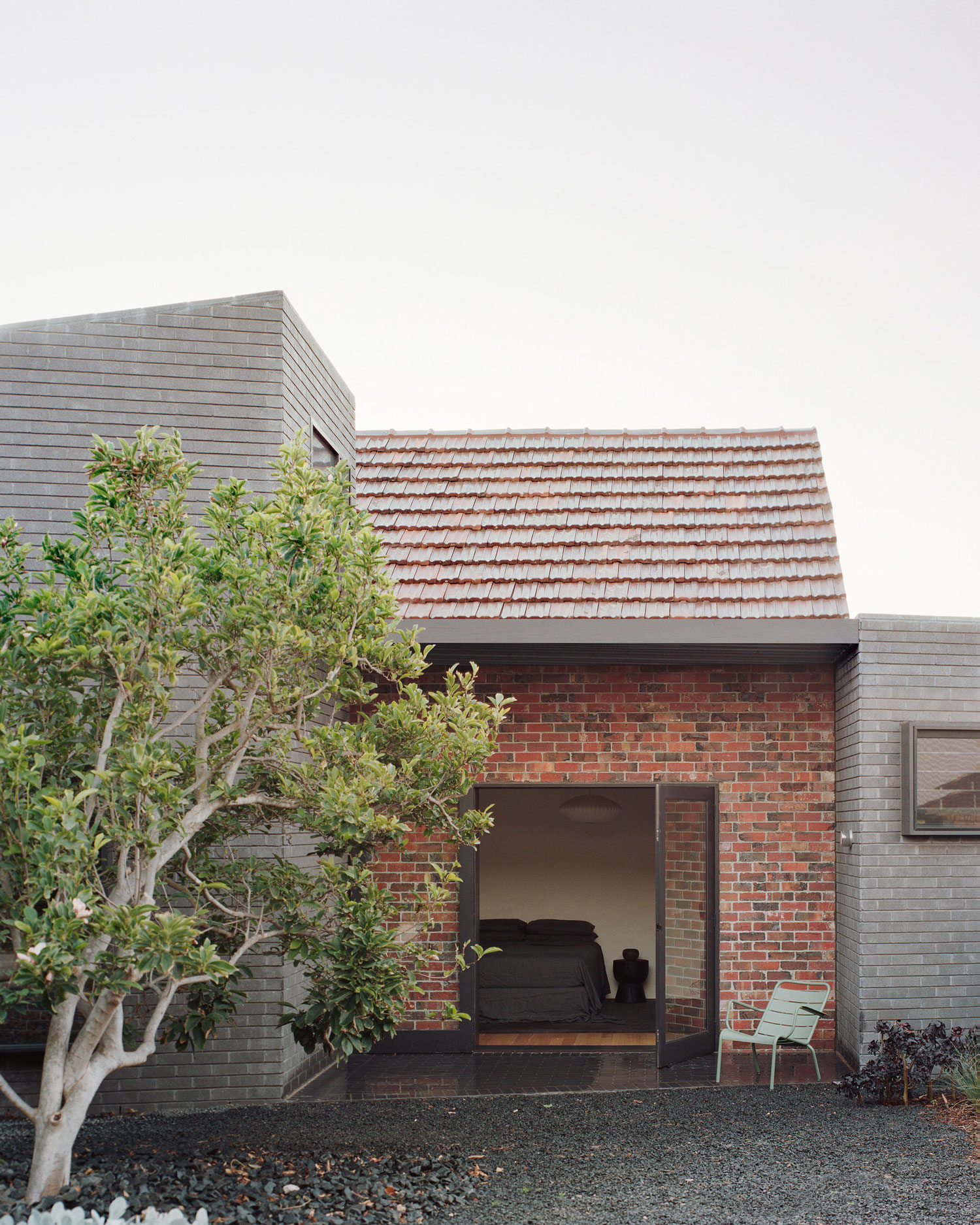 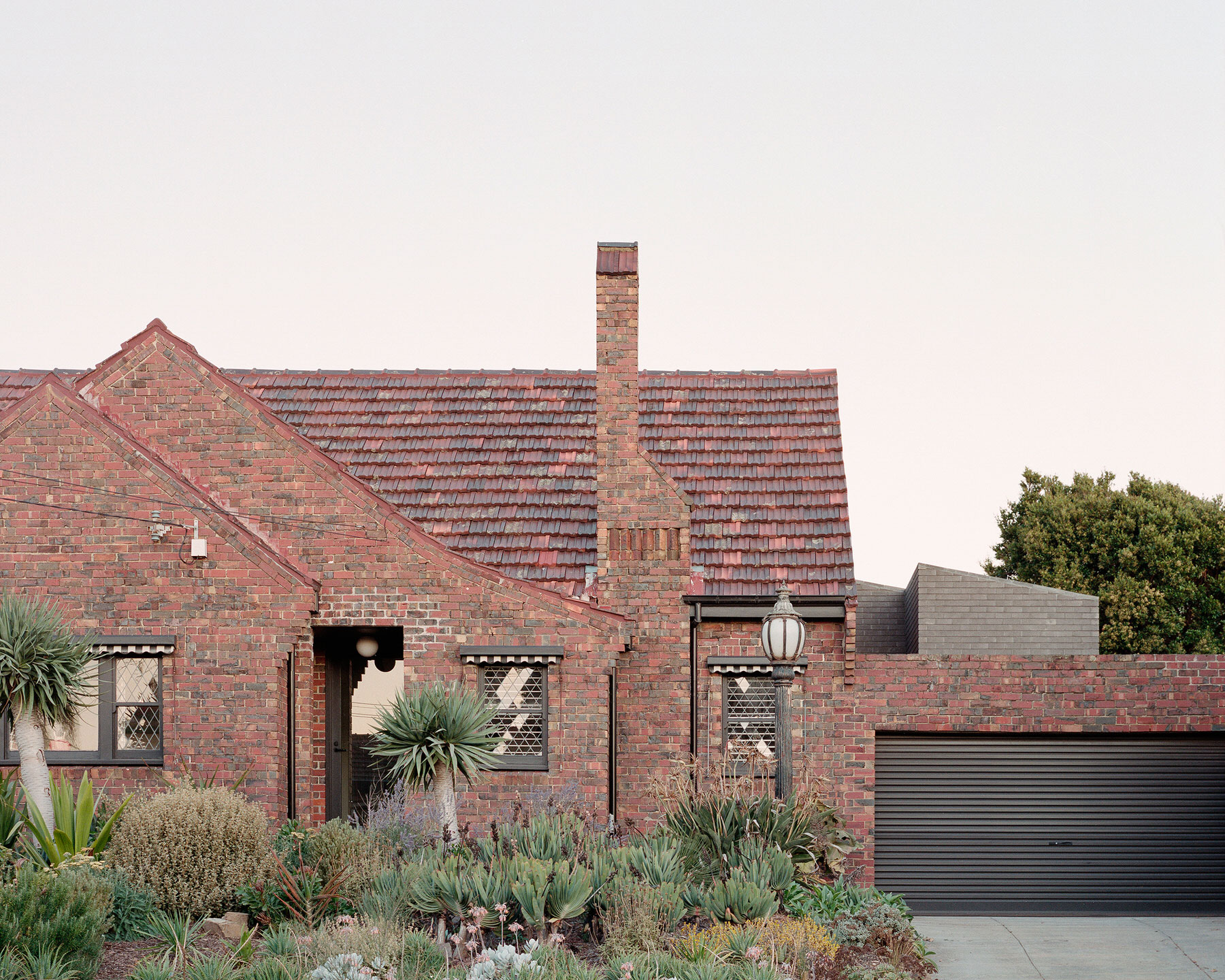 The addition’s pale brick exterior seamlessly blurs its existence, albeit internally, a selection of rather masculine and robust materials is used to achieve the client’s desire to transform the house into a retreat for ‘solace (and) quiet’ moments. Unlike the former interior, polished concrete floors paved the new extension, charcoal black timber cabinetry line parts of the black brick wall. Transitioning from the brightly lit corridor to the extension is rather dramatic as well, for the brightly lit corridor to be suddenly surprised with a dark interior with filtered light guided by high level windows and slanted ceiling spotlighting spaces, echoing a hush throughout. Windows of the extension are orientated to the north, allowing the dark palette to contrast sharply with the garden view. Simultaneously, a boxed window aligned with the threshold between the two connections illuminating the sense of depth and field within the house.

By allowing a respectful dialogue between old and new architecture, Clinker Brick House is ready to stand the test of times. Studio Bright has definitely set an example for poetic preservations of post-war dwellings. And seeing architecture appreciation like this – I sincerely hope that other post-war architecture would receive similar respect. Because they can offer so much to Melbourne’s already rich architecture fabric.