Put this exhibition at Allpress Studio on your list of things to do.

The root of today’s terrariums, the Wardian case was developed in the 19th century and used to transport plants from Europe around the globe. However many years later, an ongoing art project is examining its influence on modern environments and the travel of botanicals to and from Aotearoa, plus people’s connection with plants, and the conflict between economic, social and environmental wants and needs.
Florist/artist Felicity Jones and photographer Mark Smith’s journey began with Case Studies in the North Island in 2019, and now Case Studies South has seen them hit the road again to tell South Island stories, on a trip timed to coincide with the blooming of a controversial import — Otago’s lupins. “There are so many different angles when studying the lupins, so it was great to meet different people to get a handle on the conflicting viewpoints,” says Felicity.
Felicity foraged for interesting plant material as they travelled, storing it in buckets so it was ready for its close-up if they needed it. “Although Mark and I had a fairly solid plan following much research on the history of particular plants and habitats, we also wanted to allow for the magic of spontaneity,” she says. 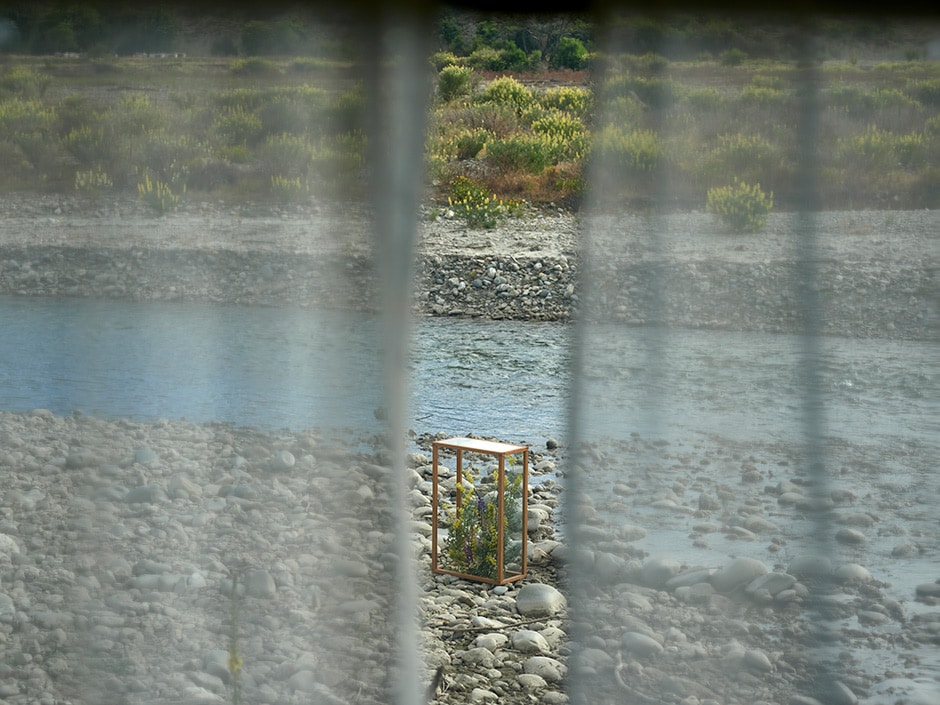 MAIN IMAGE Bouquet in Lindis Pass. “I liked the idea of a traditional European hand-tied bouquet sitting in a wild New Zealand landscape and made using two competing plants,” says Felicity. “The lupins dominate the native carex in the bouquet as they’re in danger of doing in the Lindis Pass.” ABOVE Lupins Through Campervan Curtains at Lindis River.

Their strategy proved a great success, although Felicity says it did make for a few tense moments “with me ‘fussing’ with various flora and chicken wire while Mark anxiously called out, ‘The light’s going, Jonesy!’”
The Case Studies South exhibition is on at Auckland’s Allpress Studio from June 1 to 18; ; .