Casa Naila is a located on the Pacific coast in Puerto Escondido, Mexico, designed in 2019 by Baaq. 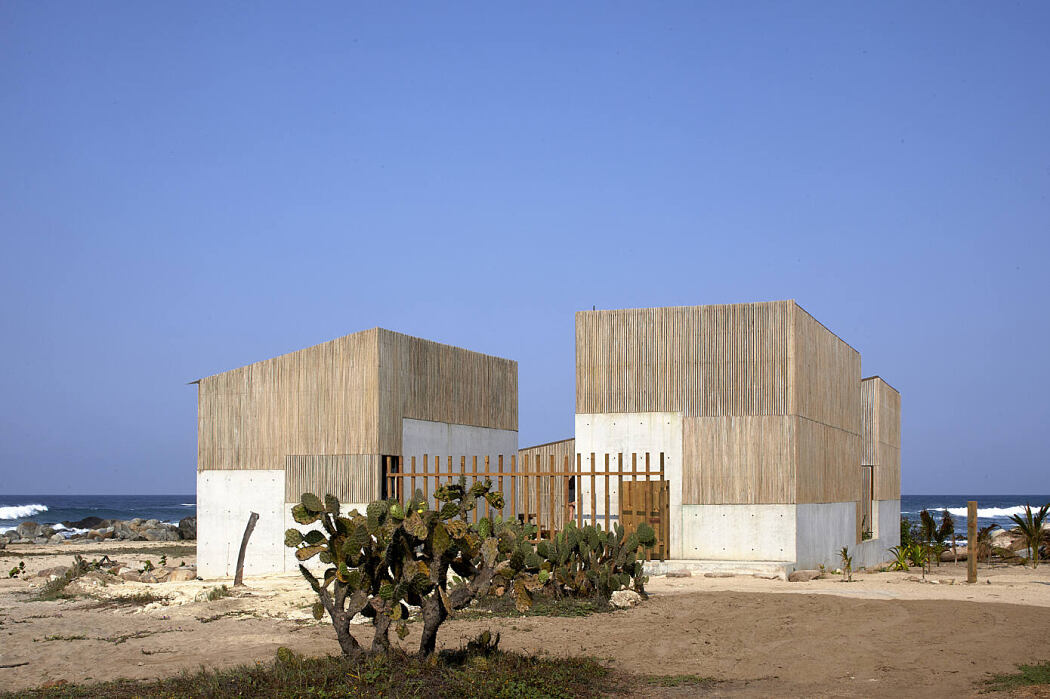 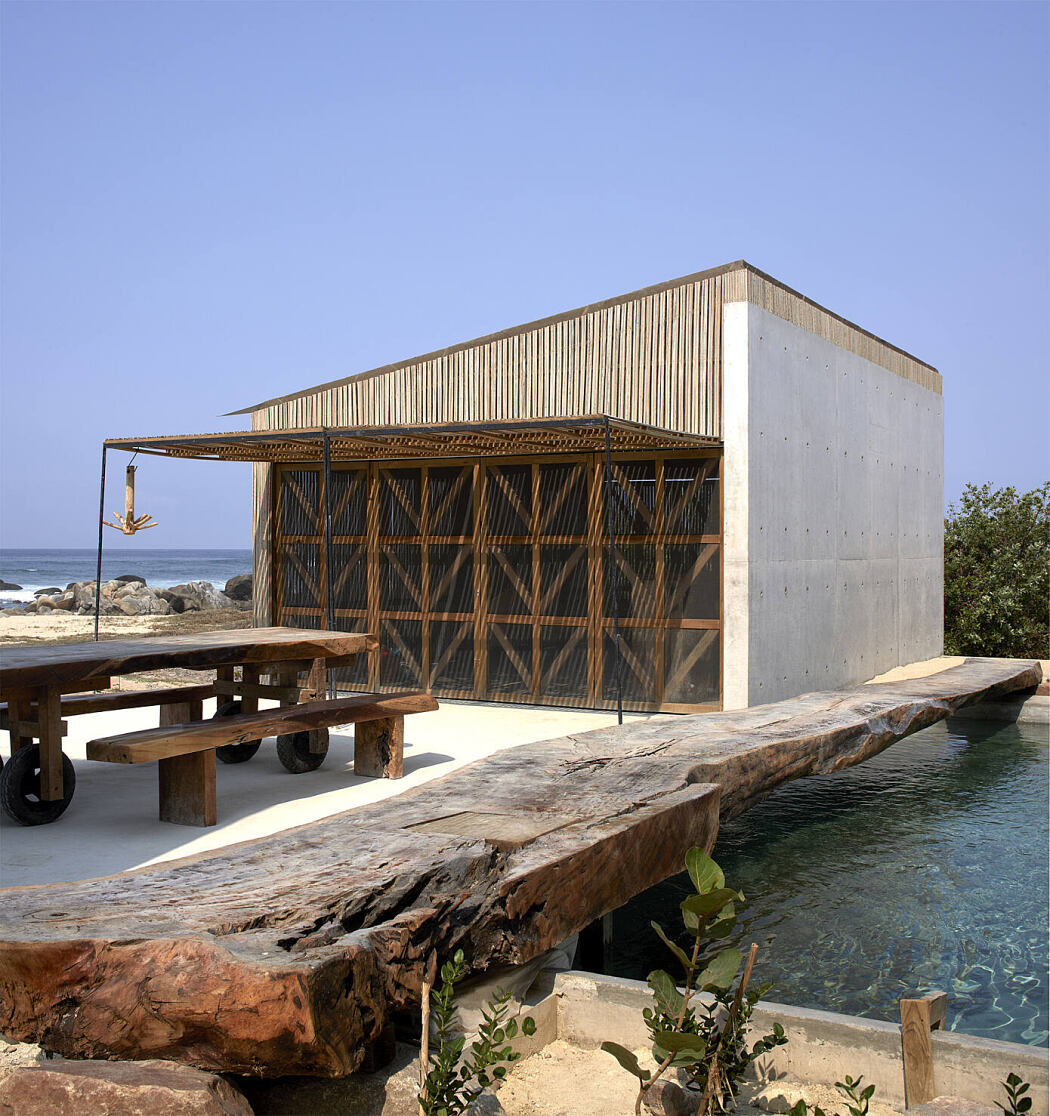 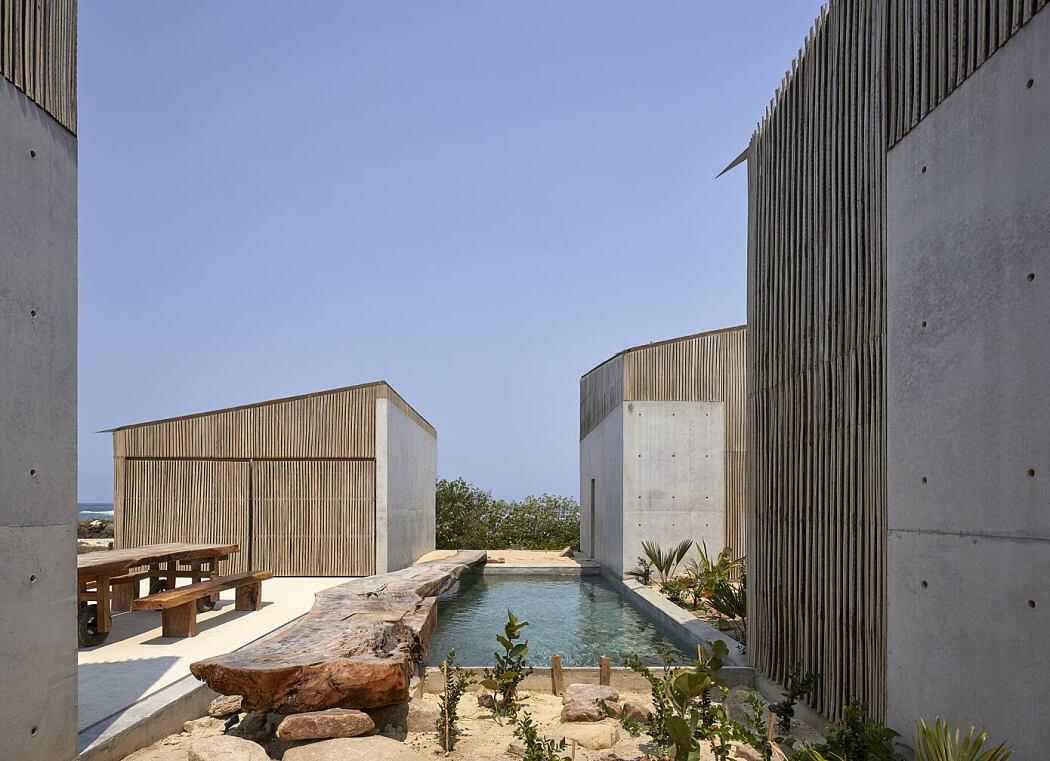 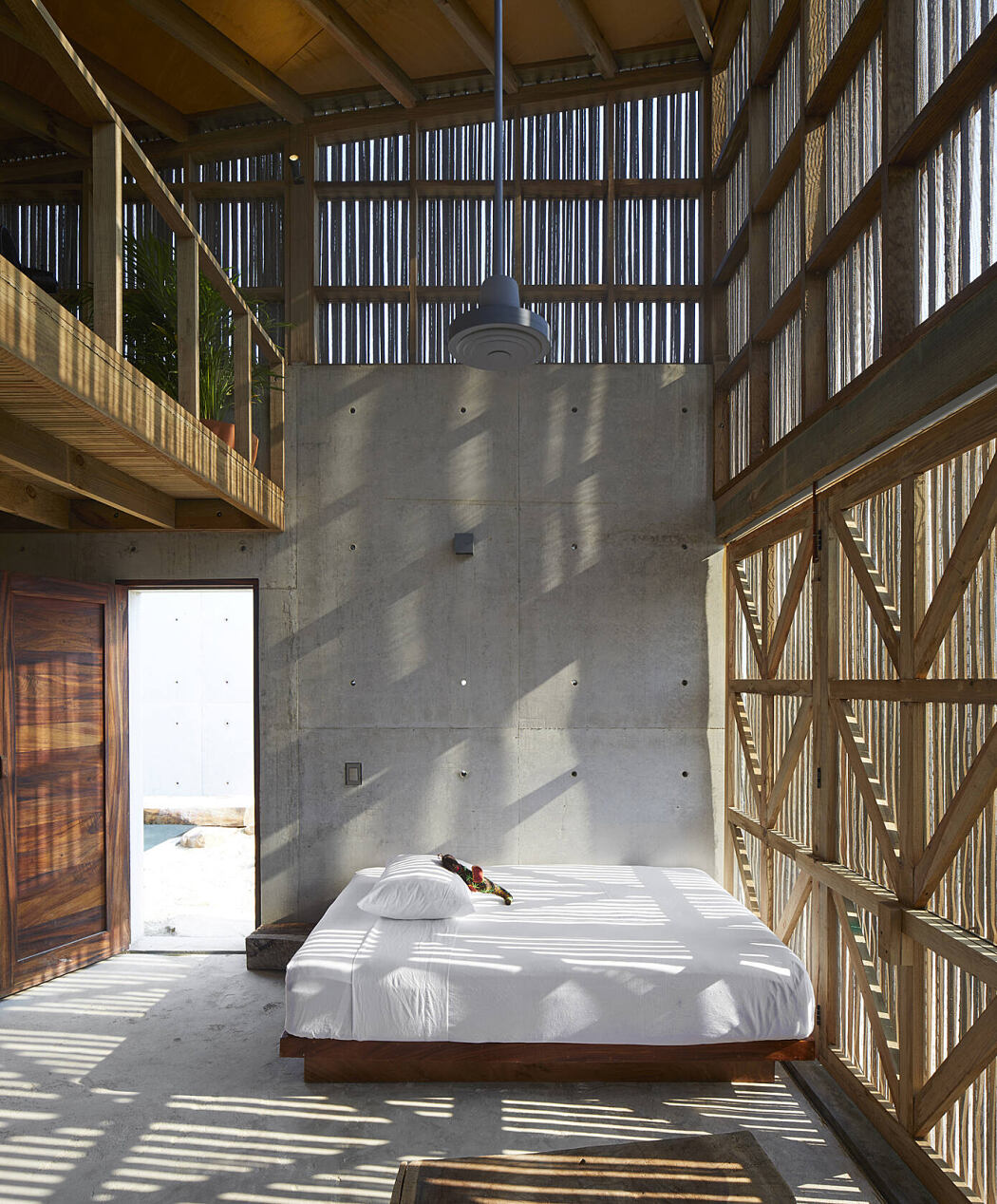 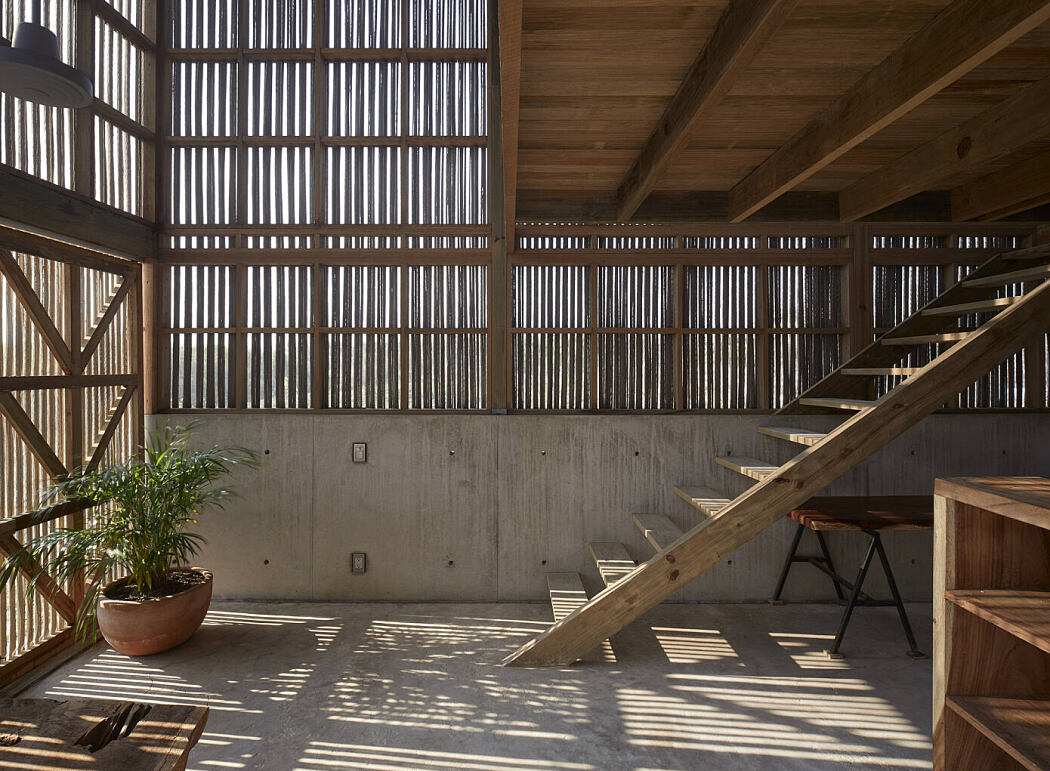 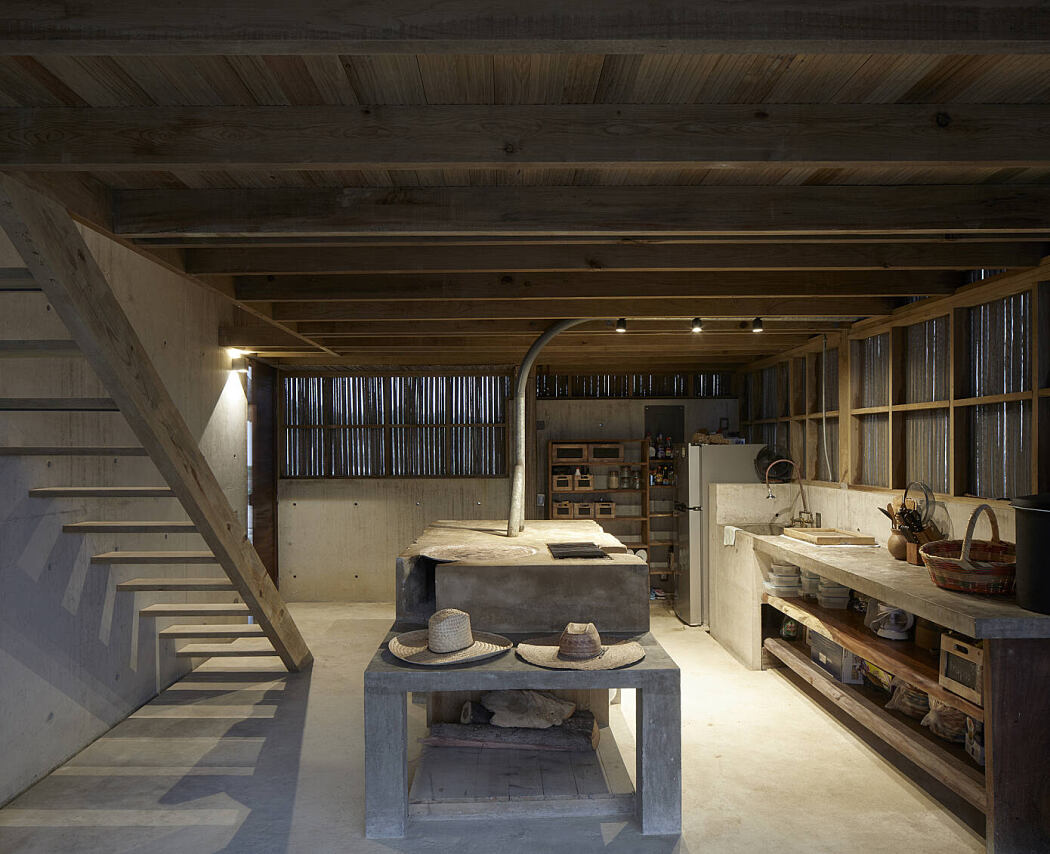 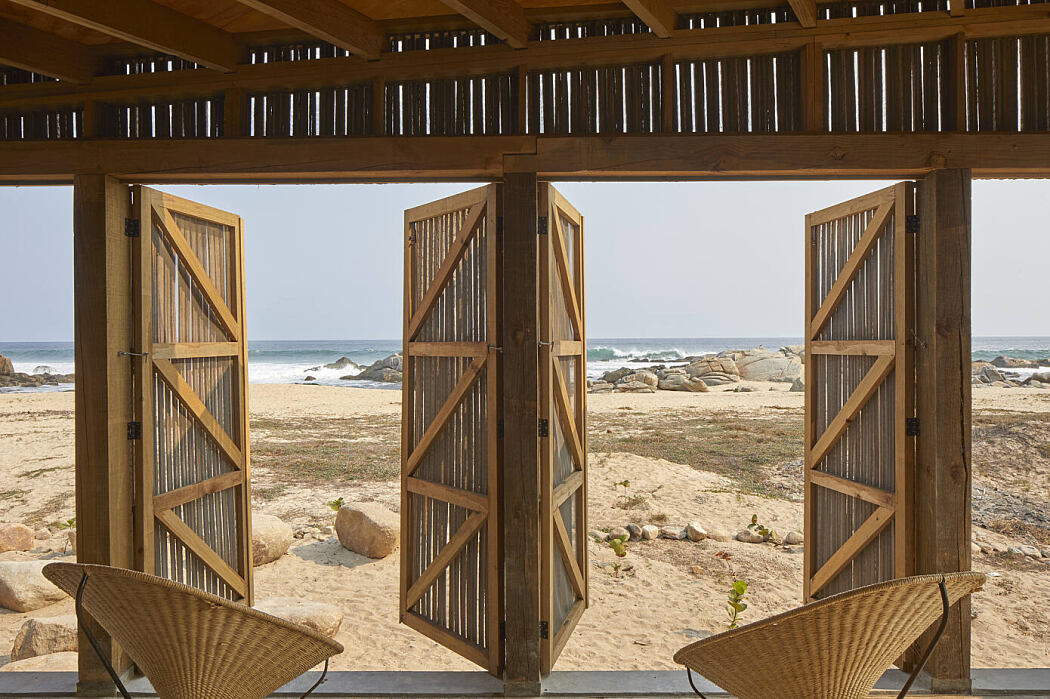 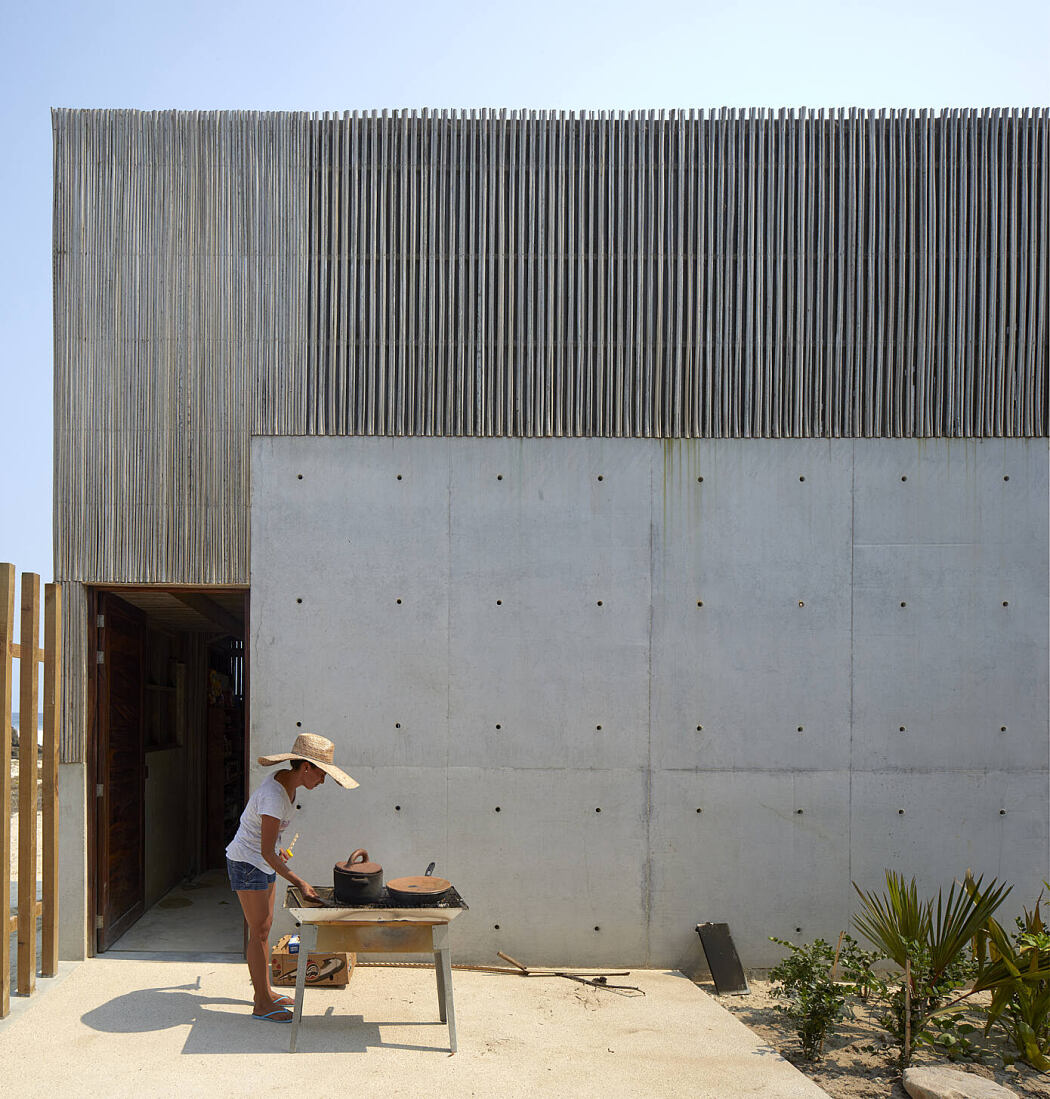 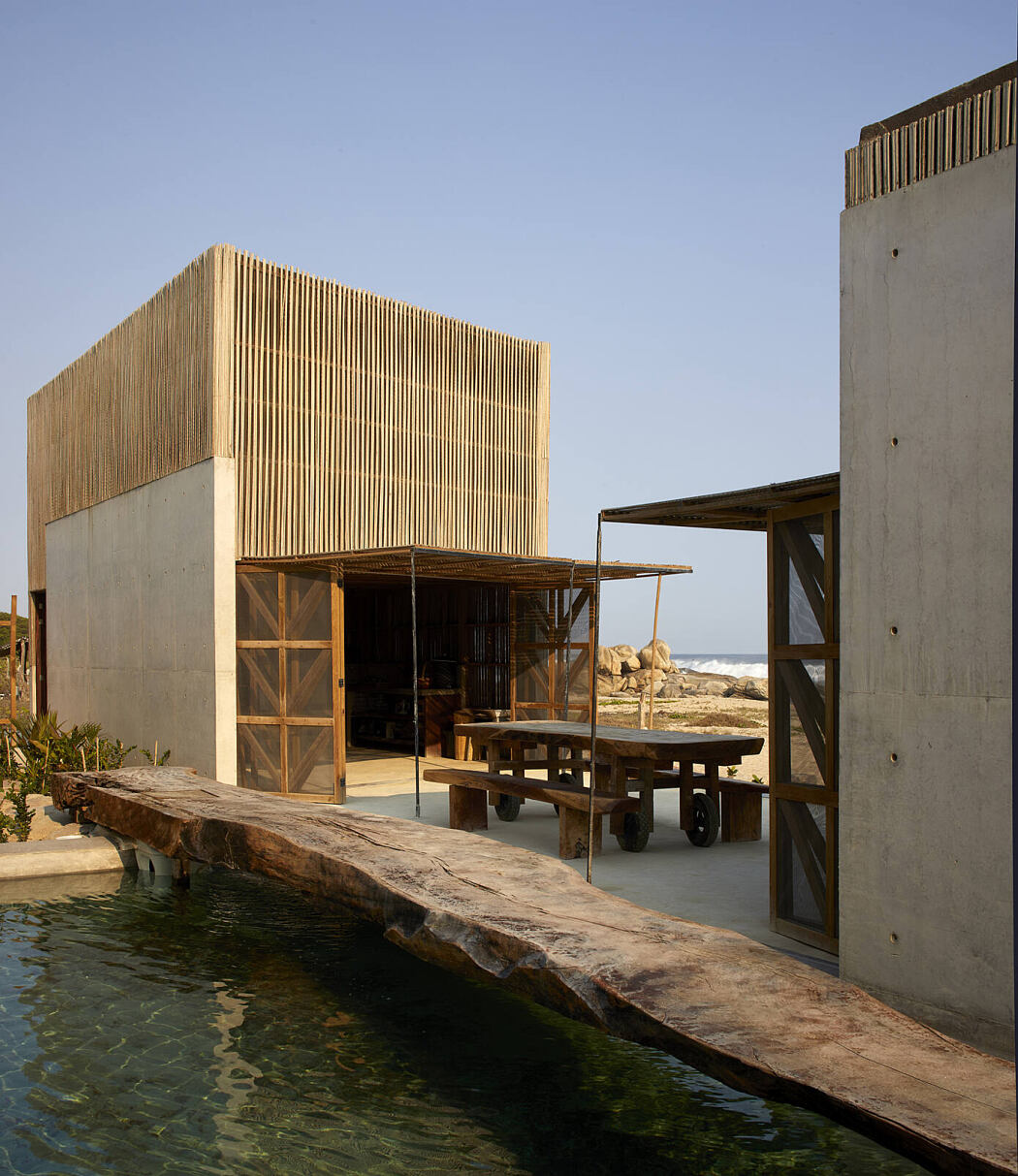 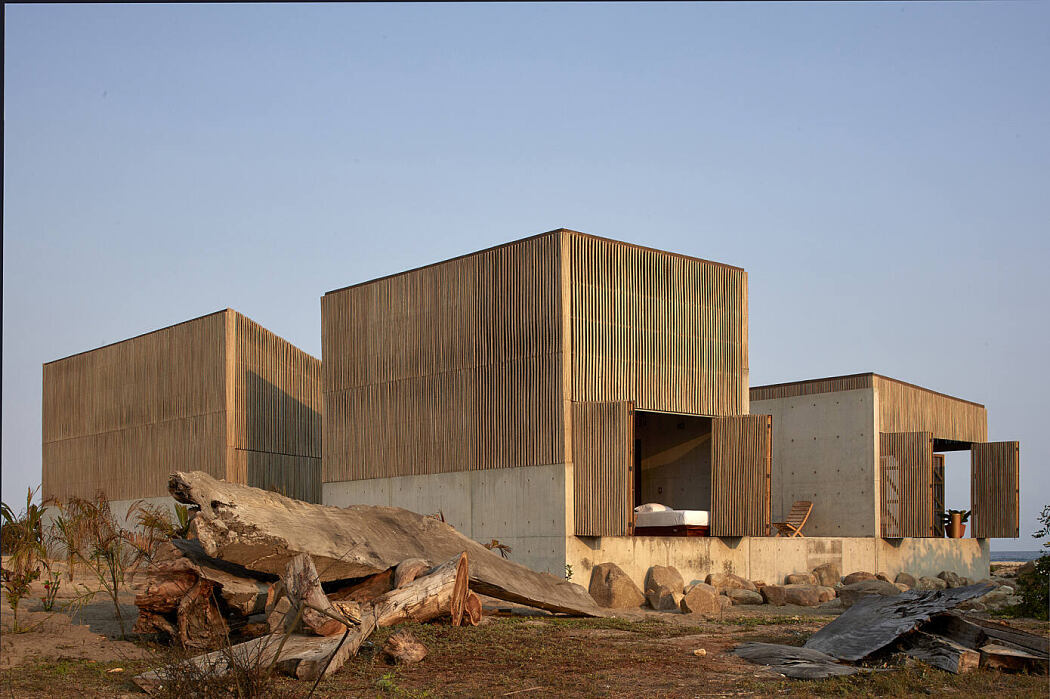 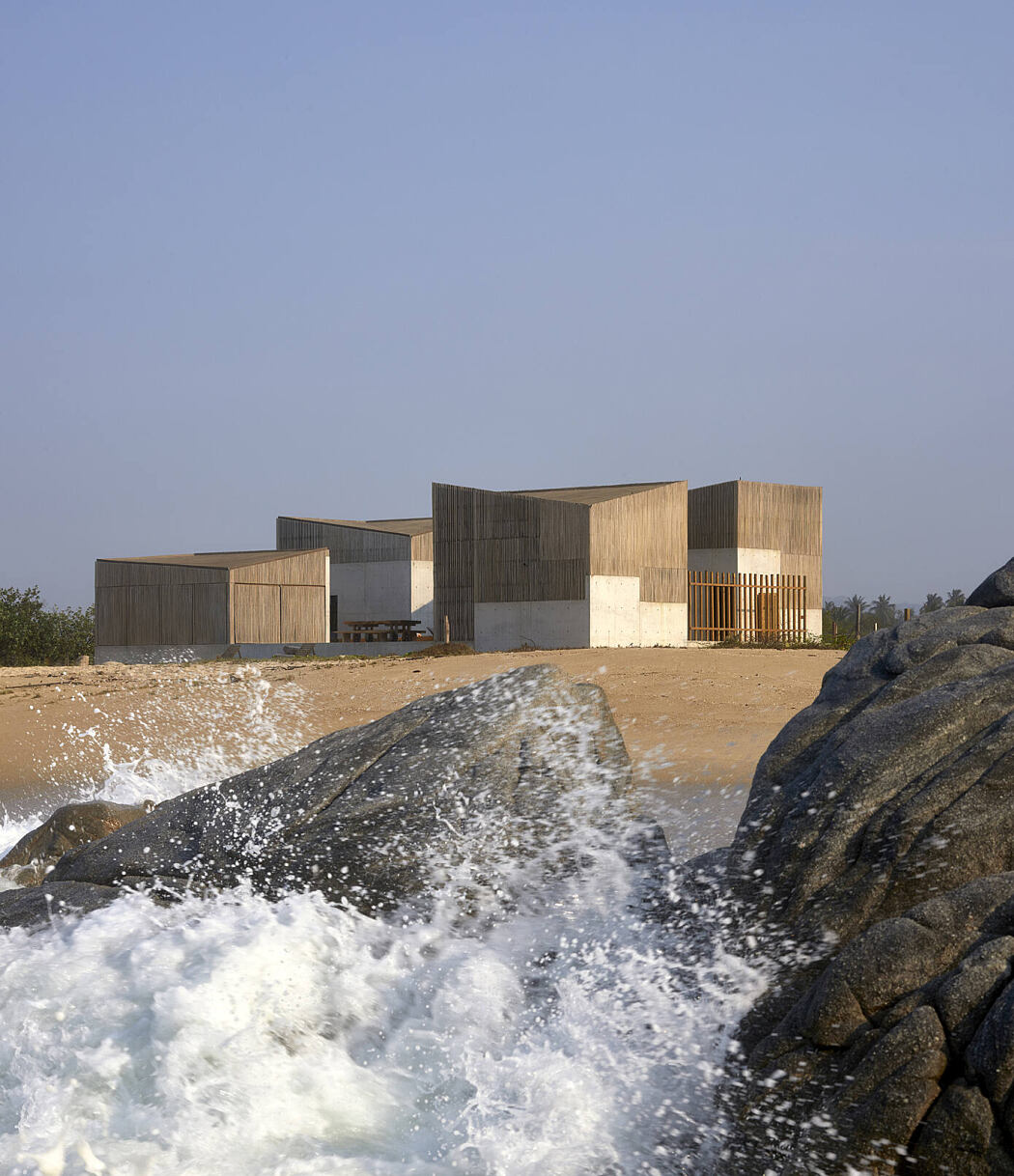 The house sits on a rocky point, as a beacon to the sea, with two fronts towards the Pacific coast. The cross-shaped courtyard has four seven-meter-high volumes, with a pitched roof that frame views to the sea.

The conceptual process started from the idea of defining two compositional axes, creating a cross shaped patio that articulates the 4 volumes of the project. These volumes were key to achieve an adequate integration between the architecture and its immediate surrounding.

The different angles in plan and section that configure the volumes, were designed with the purpose of allowing the user to have ocean views from any room, and formally merge with the rocky landscape of the beach.

The architectural program is developed both inside and outside, looking for spatial and functional efficiency, where the core of the project takes place by the living areas, connecting the private areas through the central courtyard and the pool. In this way a simple, aesthetic and low maintenance house is achieved, with the capacity to accommodate up to 15 people.

The volumes are made of concrete on its ground floor, in order to direct and frame the views to the south and east. On the first floor, the volumes are made up of wooden frame structures and palm bone wood on the outside, which is used as a traditional construction system in the vernacular houses on the coastal communities.

Due to weather conditions, the orientation of the palm bone and the use of mosquito nets, allows permeability and cross ventilation on the inside. In addition, the palm bone creates interesting shadows and transparencies during the day, and a contrast of lighting at night, perceiving it from afar as a lighthouse.

The detached house sits on a popular beach where local families like to spend the day and so it was important to make it feel part of the site. The house doesn´t have any perimeter fencing or doors enclosing the courtyard to the beach. The strategy has resulted positively in both allowing the inhabitants direct contact with the beach, while visitors from the beach are welcomed to use the pool or terrace, something that happens periodically to the satisfaction of the owners. The house can be opened and shut quickly to facilitate its use as a vacation home.

Named after a traditional song, Casa Naila honors Oaxaca, exploring new possibilities of how to inhabit the beach respecting the natural and social order of it, using materials from Oaxaca’s rural architecture. The palm bone skin, a technique traditionally used in informal beach huts, was adapted to provide a contemporary interpretation of vernacular construction techniques. Its usage brings transparency, permeability allowing cross ventilation and views to the outside without the need for windows. The floors made with clay and earth, provide thermal comfort for guests, and give interior spaces a natural look and freshness. As in Oaxacan culture, the kitchen plays an important role and the stove is built in clay in line with rural Oaxacan traditional housing.