Casa M16 is a located in Carpina, Pernambuco, Brasil, designed in 2018 by NEBR arquitetura. 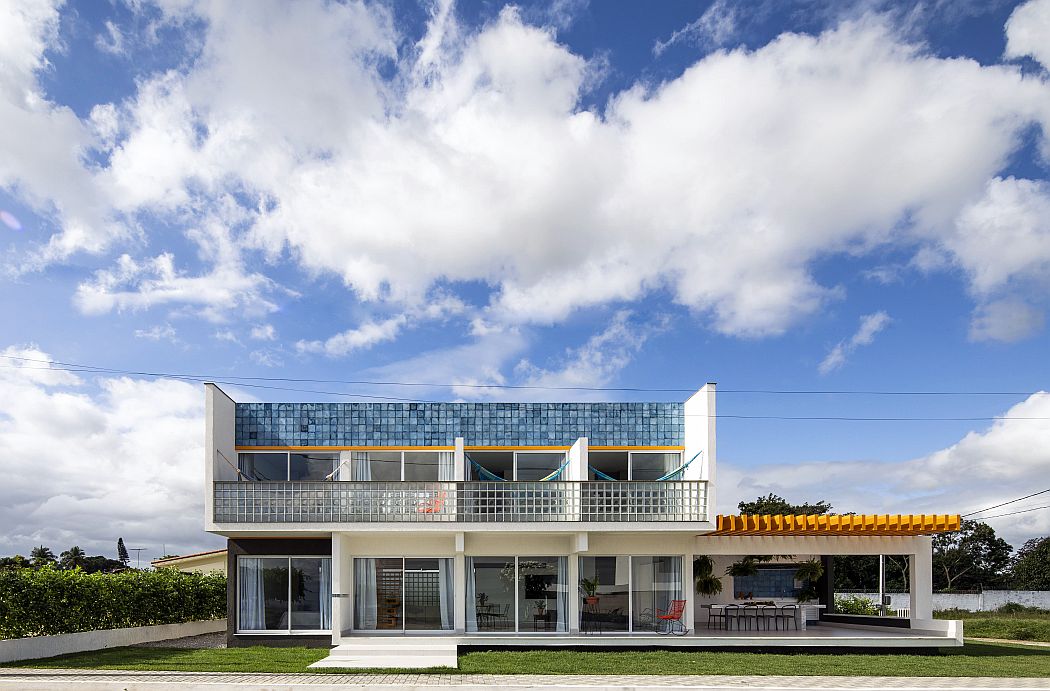 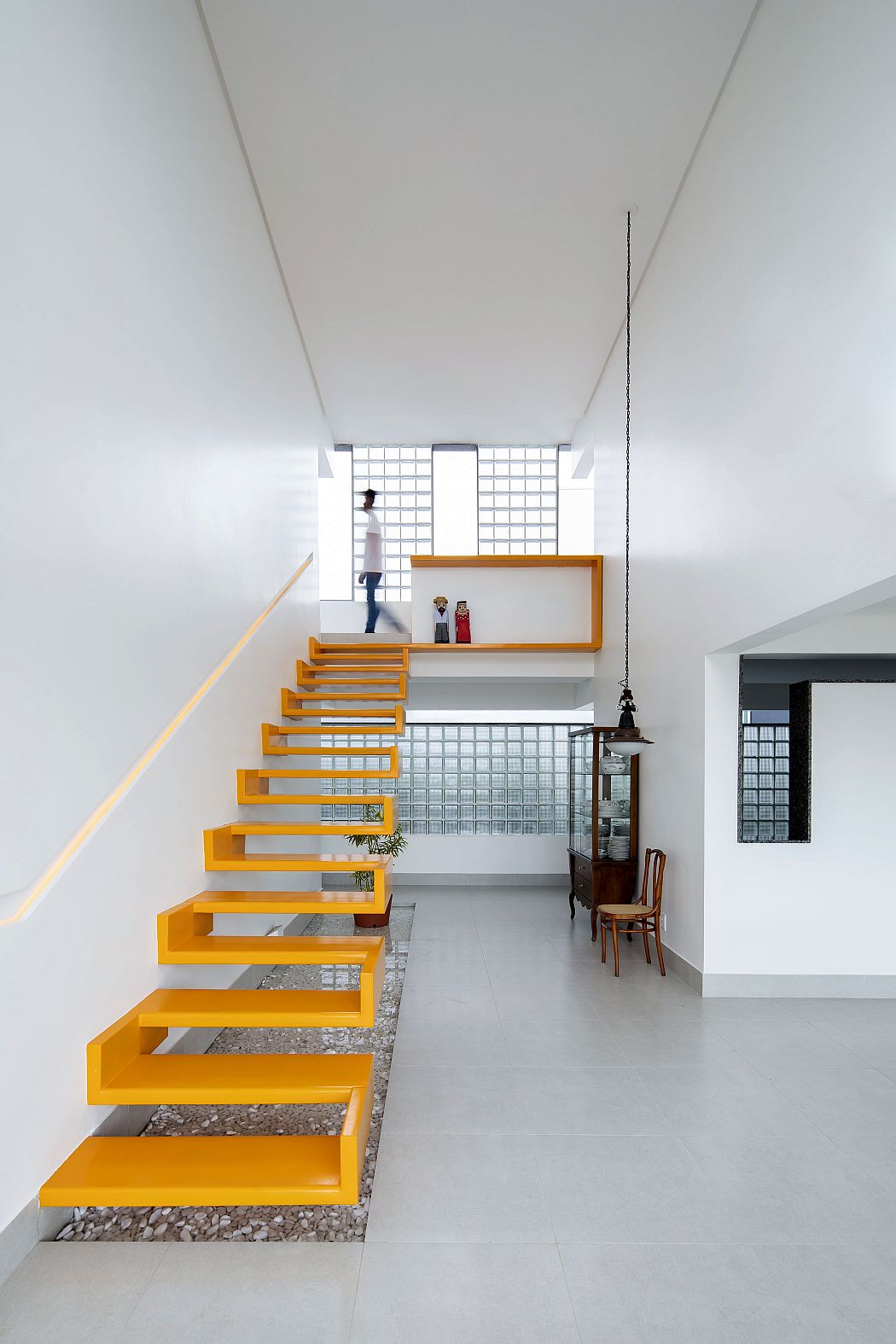 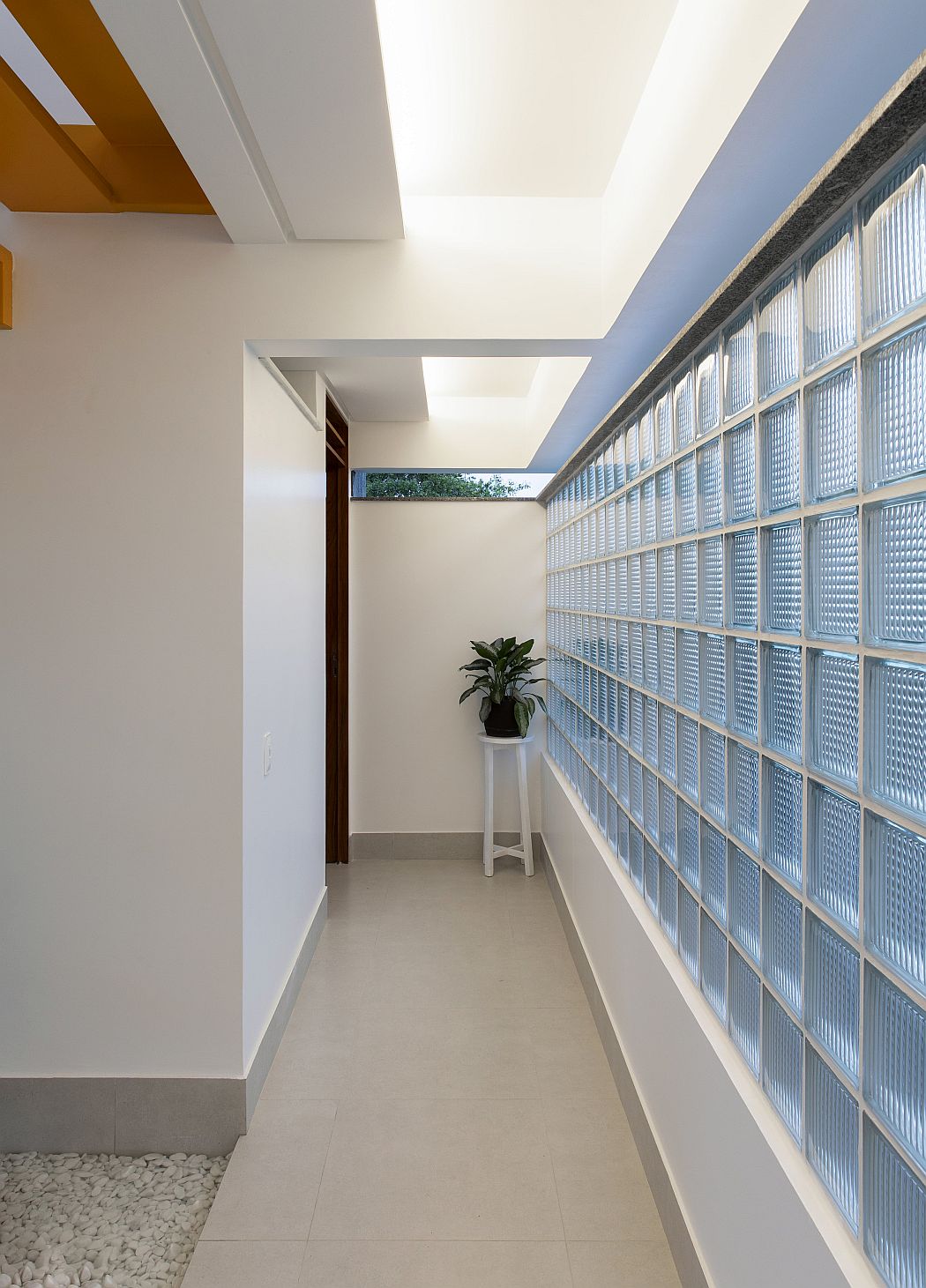 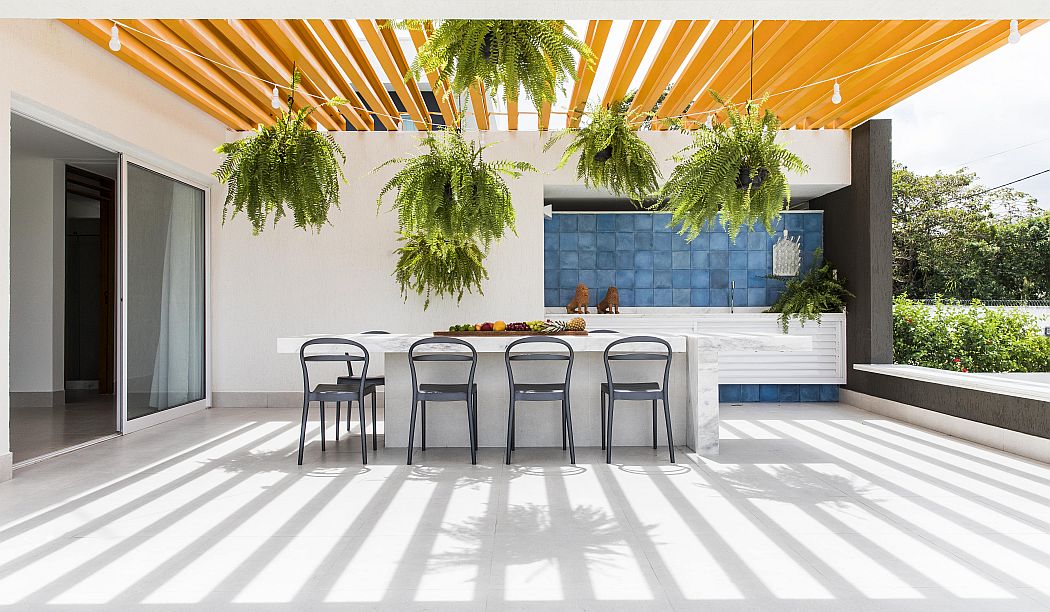 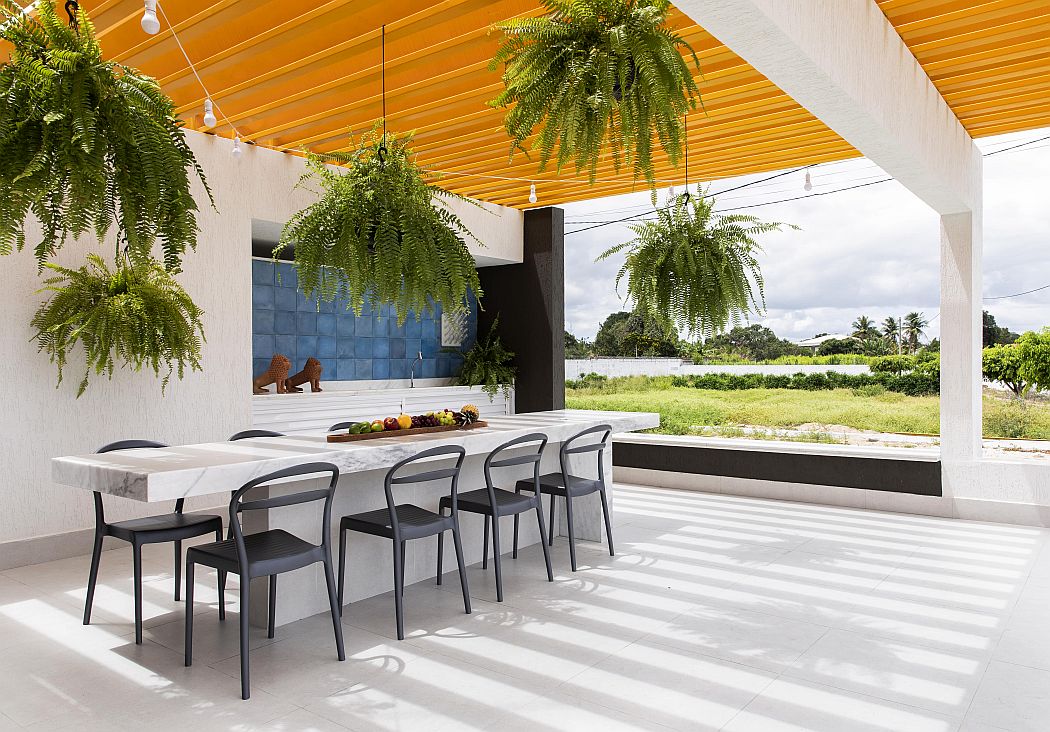 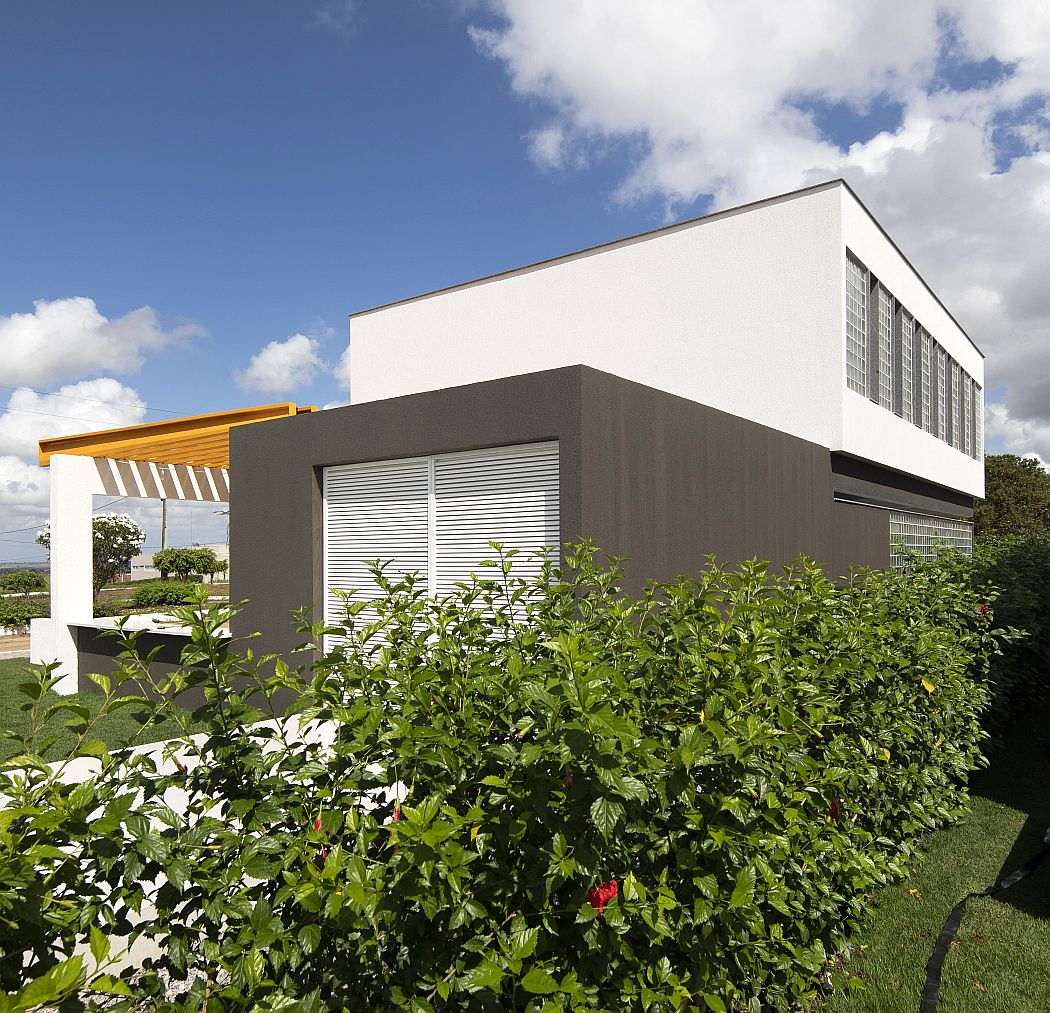 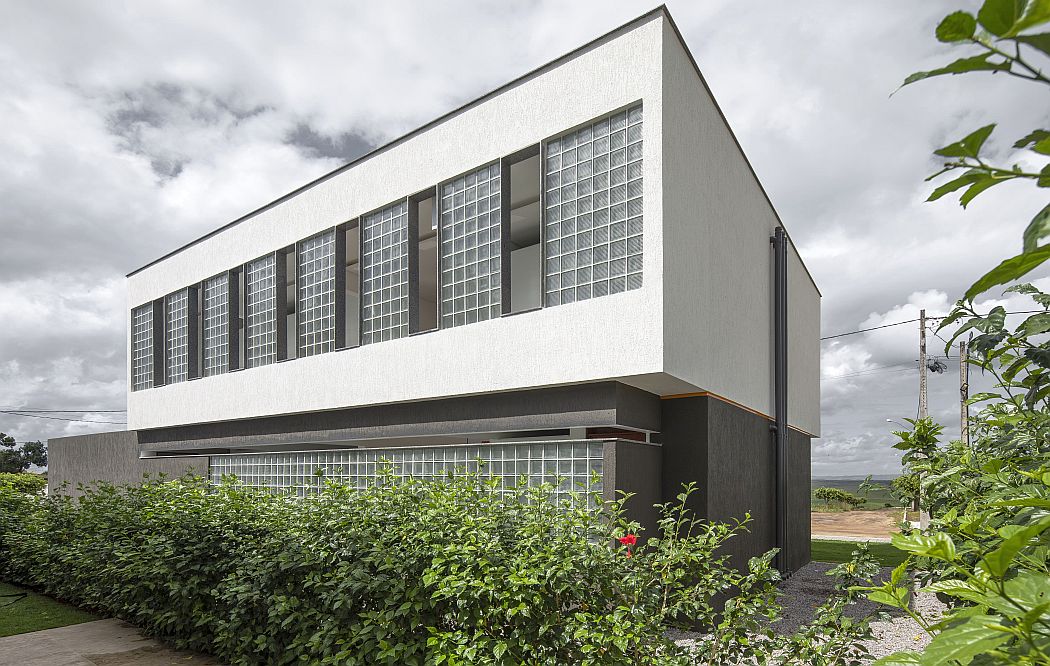 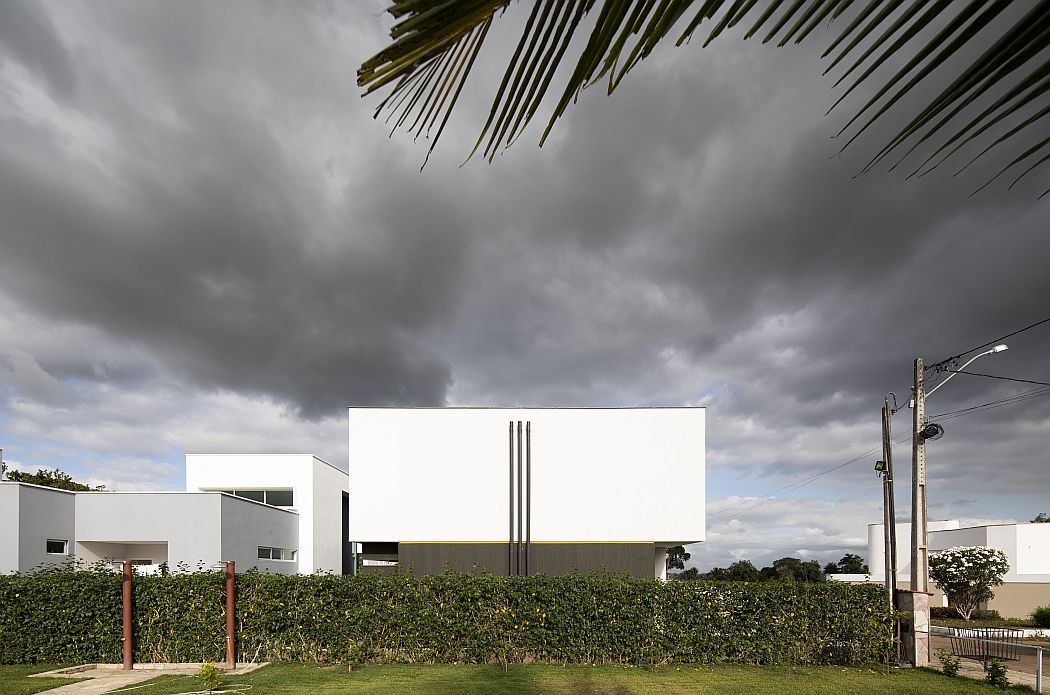 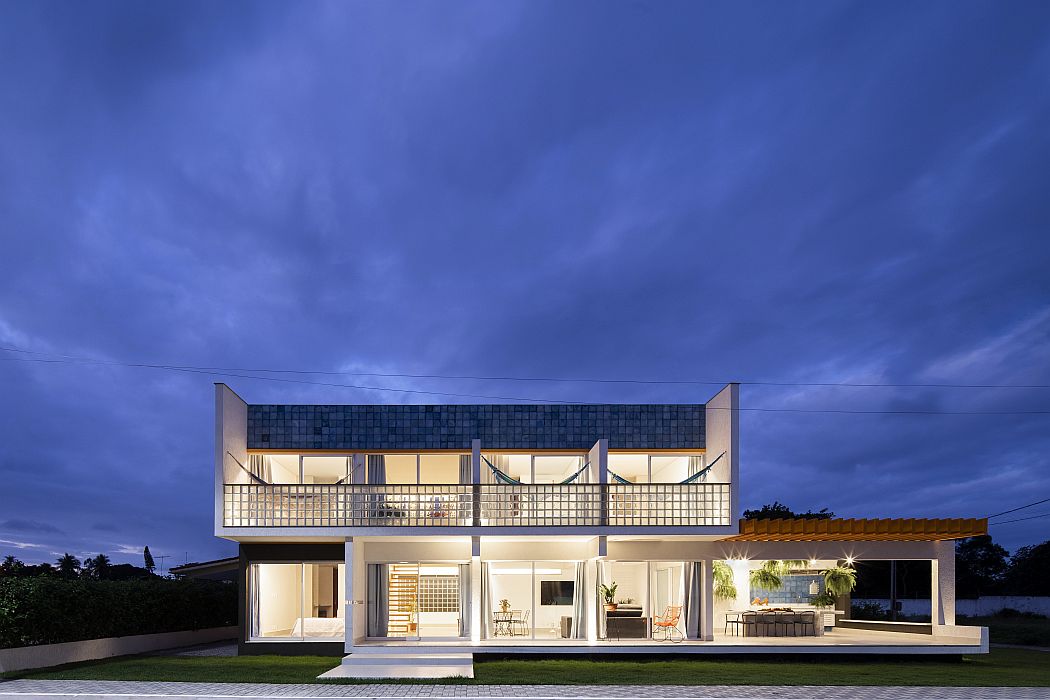 The M16 House is located amidst other houses in a gated community in the city of Carpina. Seeking to meet the client’s needs, the project provides a weekend house to welcome, gather and be a reason for family gatherings. As an immediate response to the corner lot of 30m x 15m, the two floors of regulating layout obey a pragmatic division in the disposition of environments with a continuous design.

A large terrace on the corner emerges as a projectual premise, hosting the protagonist space and the family’s largest stay. The shade designated by an expressive metal pergola made of galvanized steel sheets and painted in yellow, indicates where three generations can live together and share their experiences.

The few walls on the first floor plan and the rigorousness of the first floor plan make possible closures that, in a continuous and sequential way, talk to each other until the horizontal yellow plane of the imposing pergolas. In these, the essence of the house is made, harmonizing with the blue of the hydraulic tiles and standing out from the whole.

Another notable element in the composition of the house is the set of glass blocks arranged in different arrangements, solving privacy issues and controlling the passage of light contained through the translucent surface of the material. The structural system adopted was in reinforced concrete, traditional and common in the region. The modular coordination was followed to the letter and guided the architectural conception following a structural reasoning, whose structure expresses a frank and direct relationship with the formal built party. The M16 House transmits to those who live in it a feeling of welcome, whether by the minimal affective decoration or by the regional touch of an architectural language that is genuinely simple and honest.