Casa Cloud is a located in Bangkok, Thailand, designed in 2020 by Boondesign. 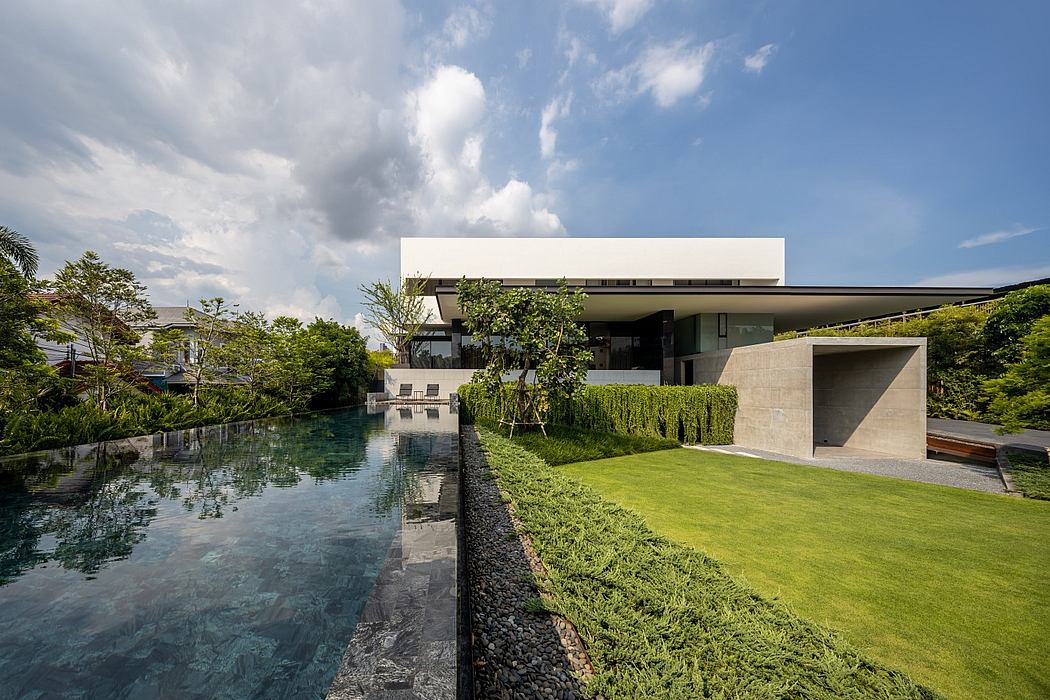 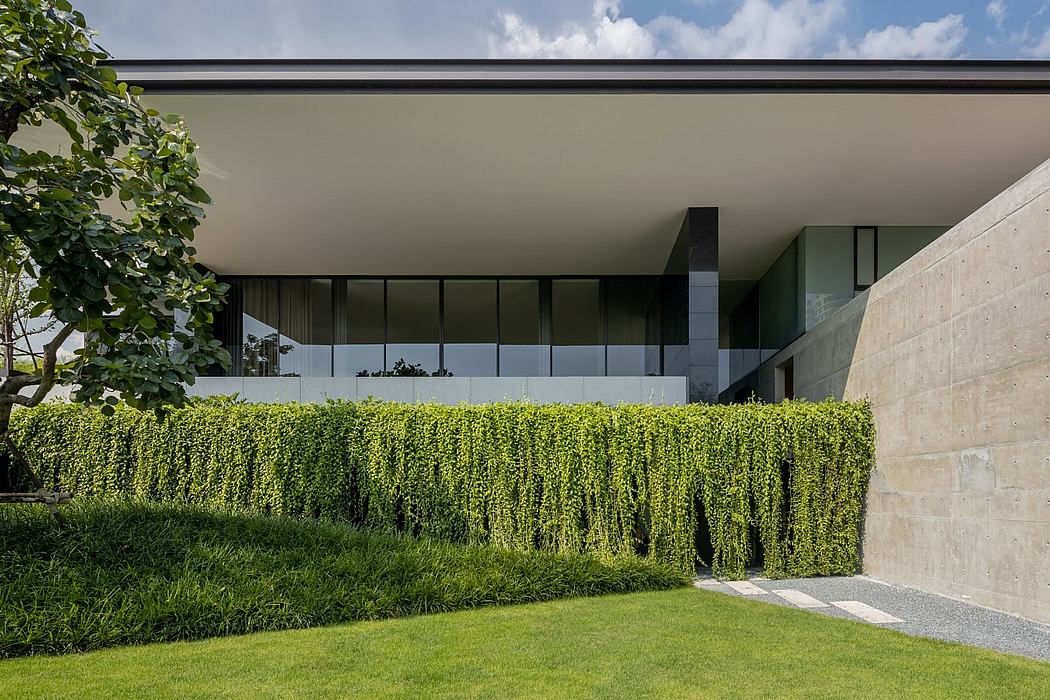 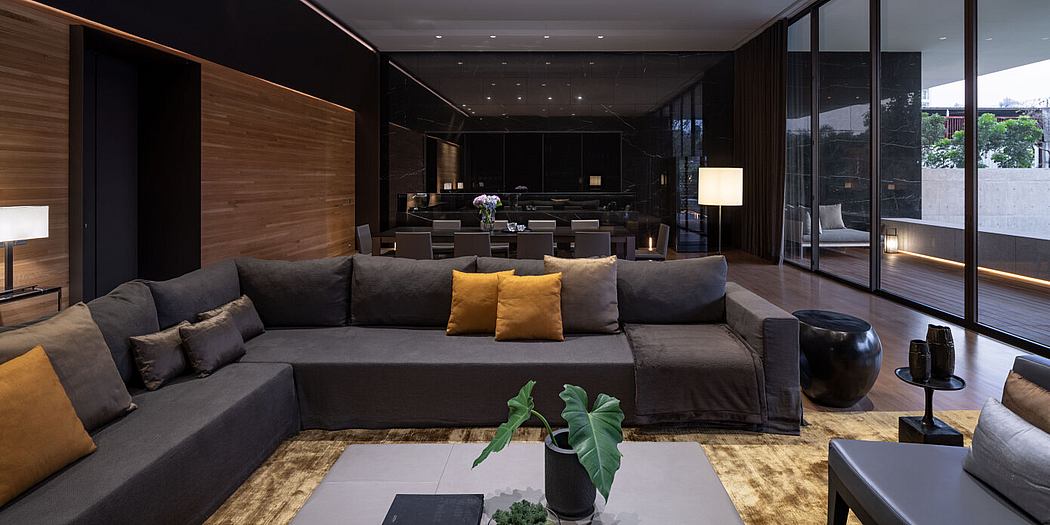 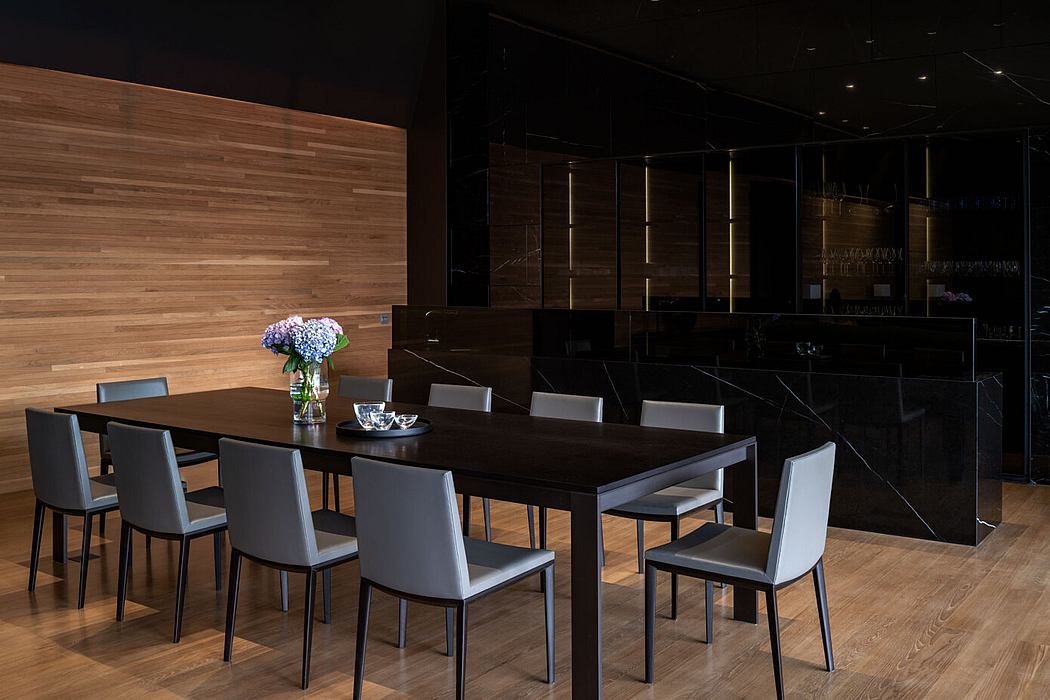 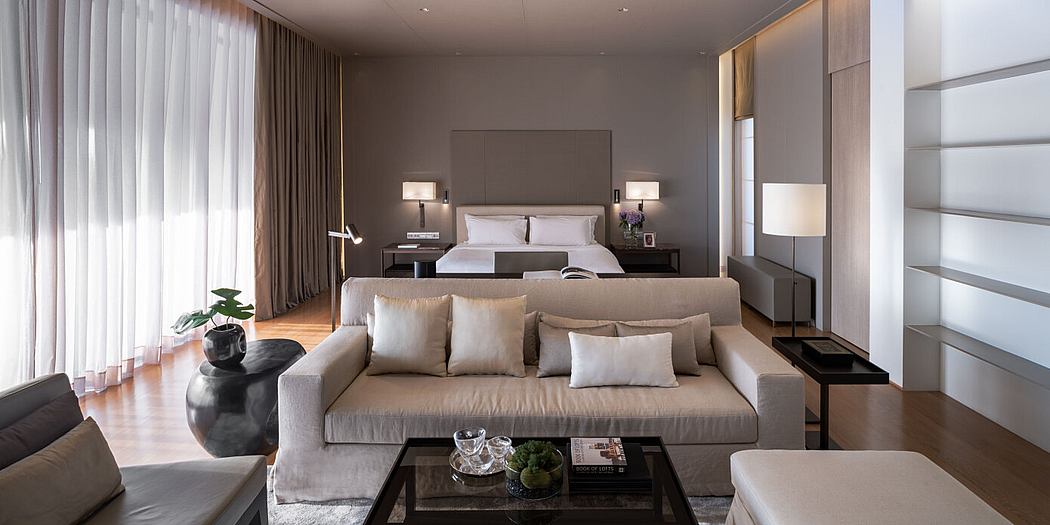 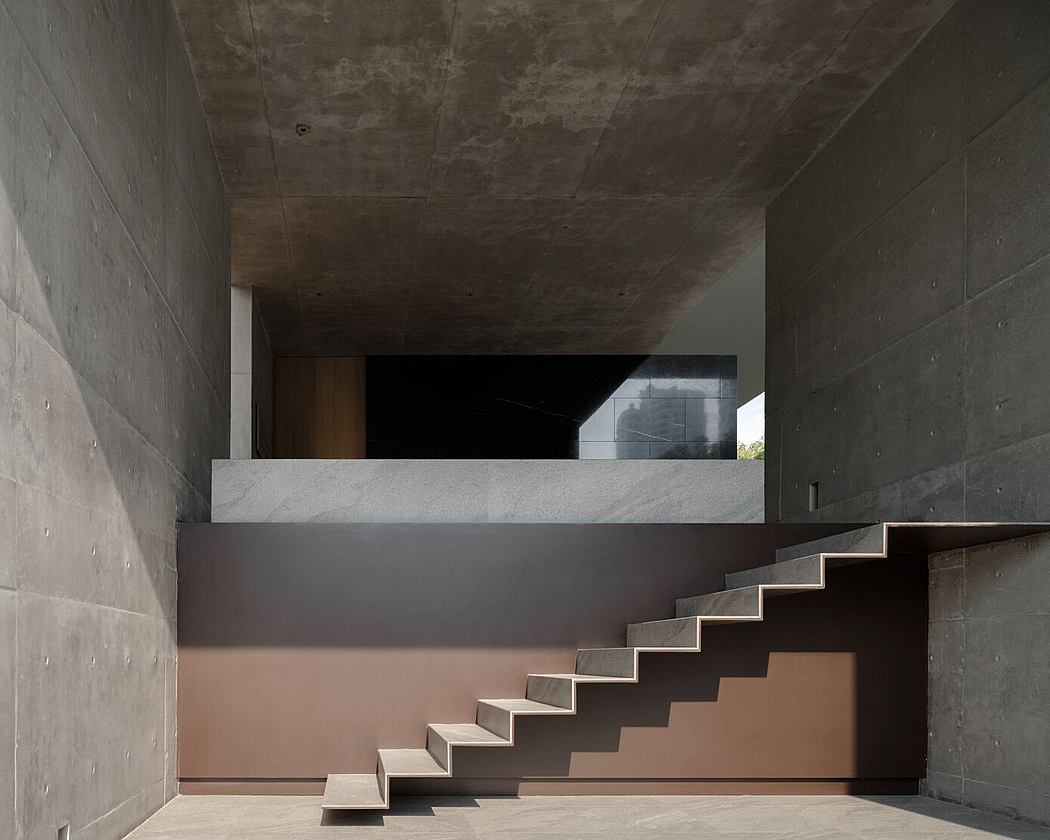 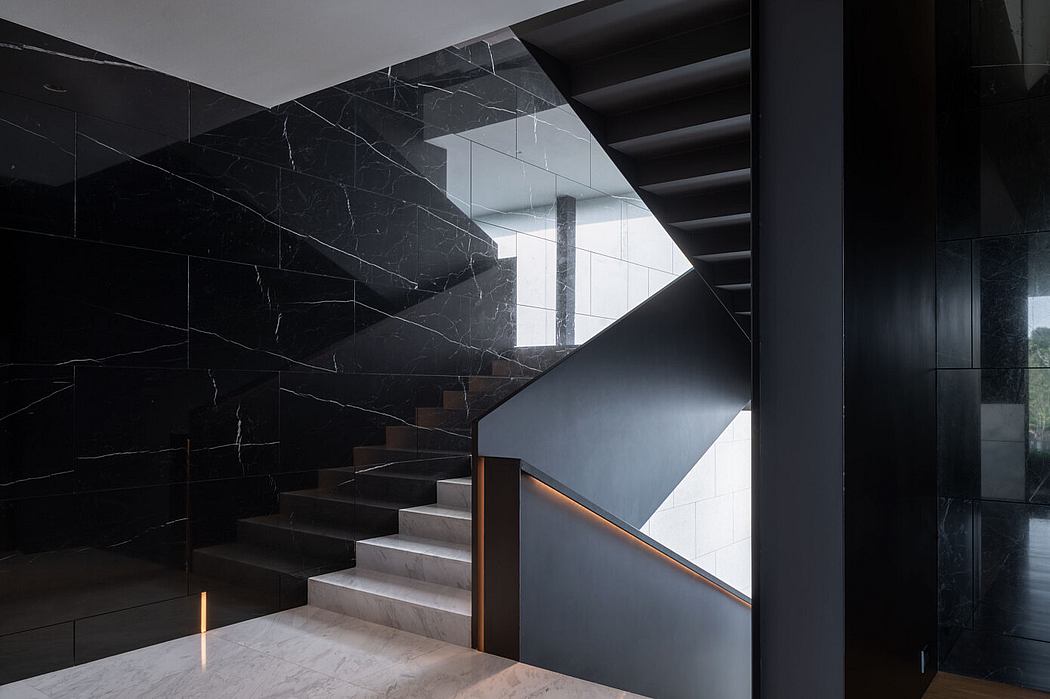 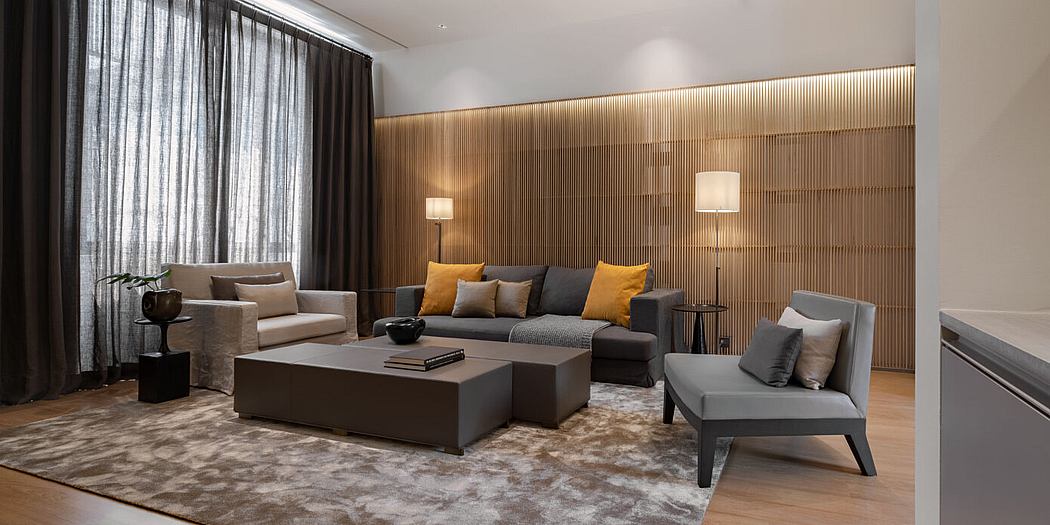 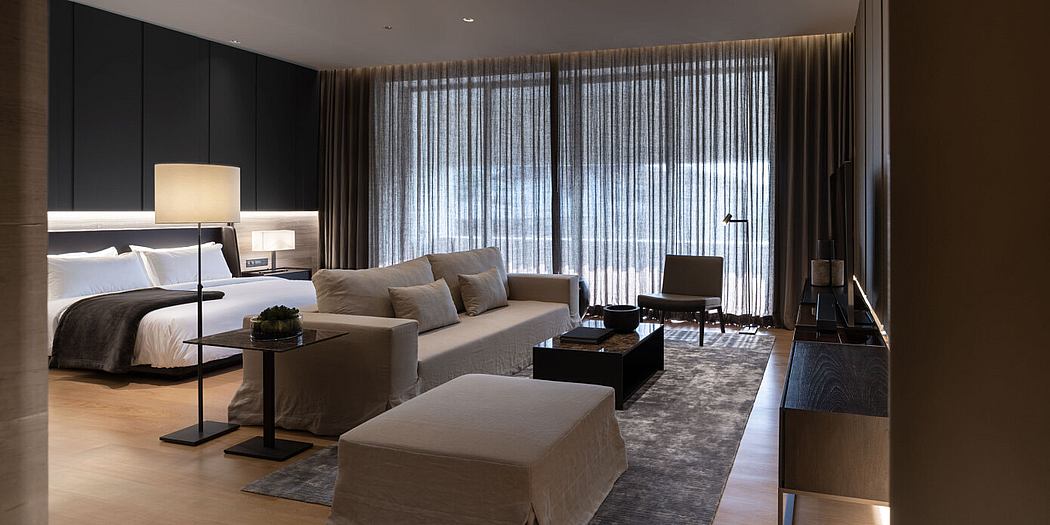 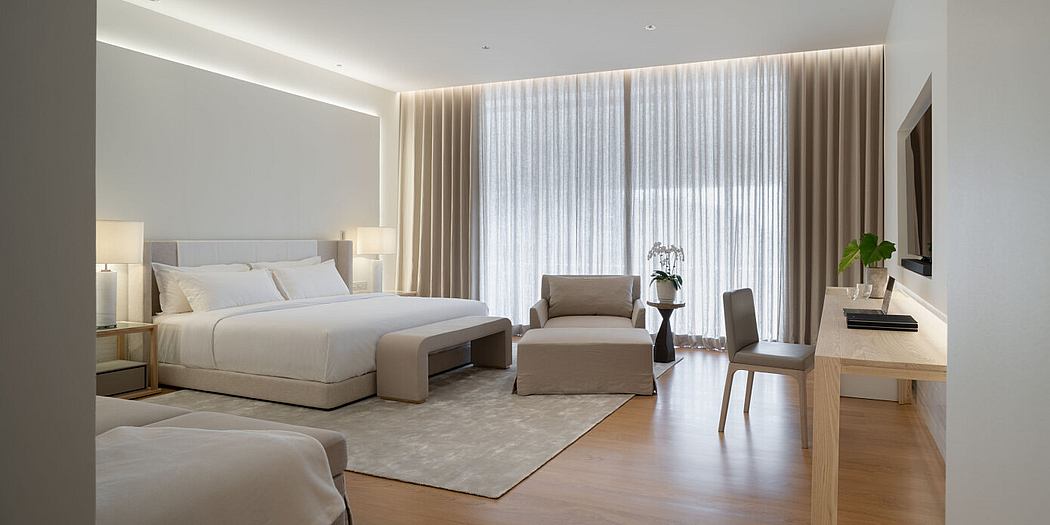 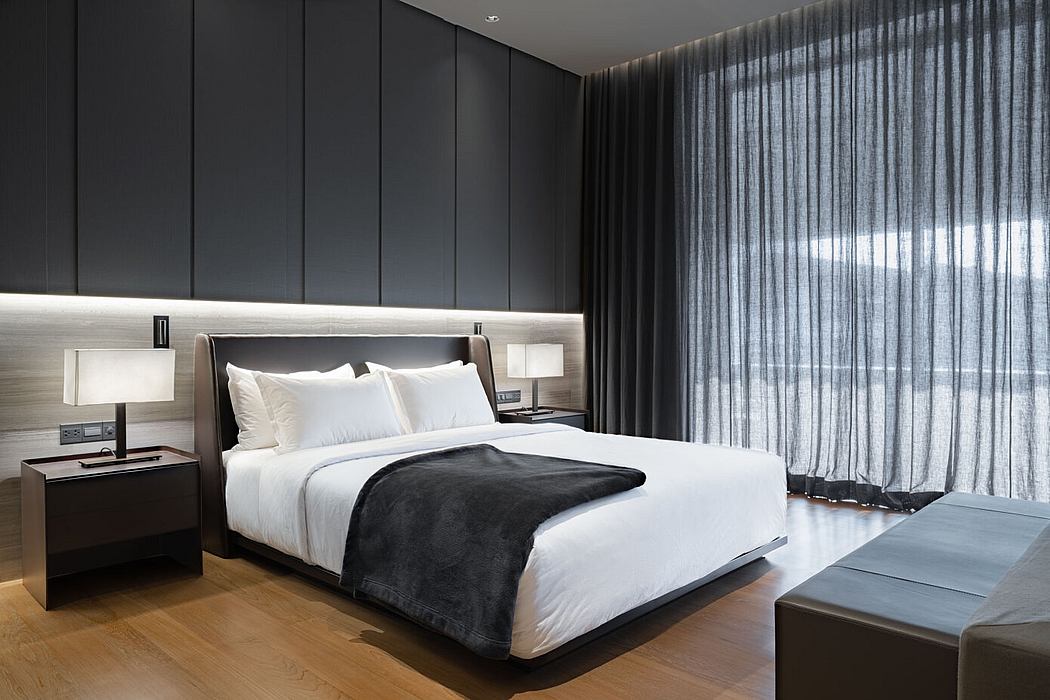 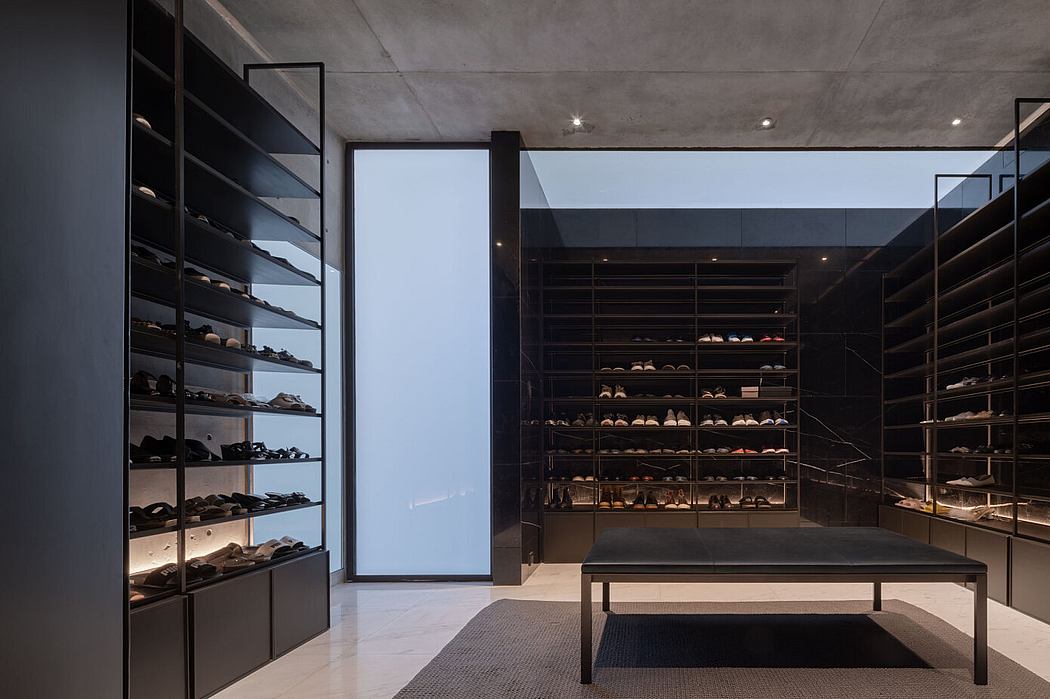 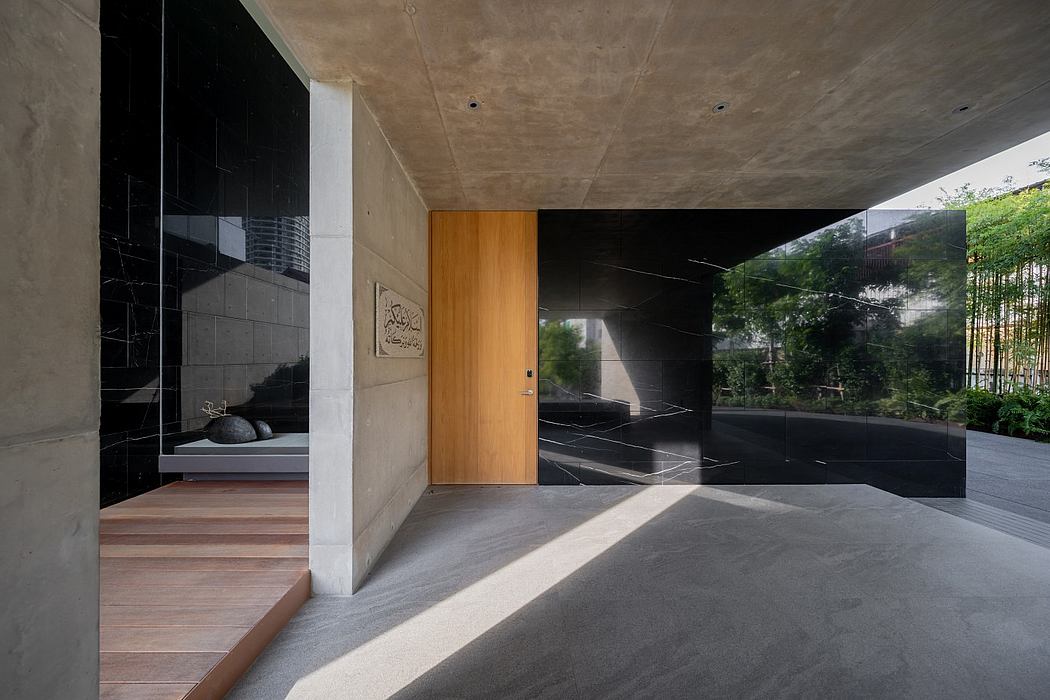 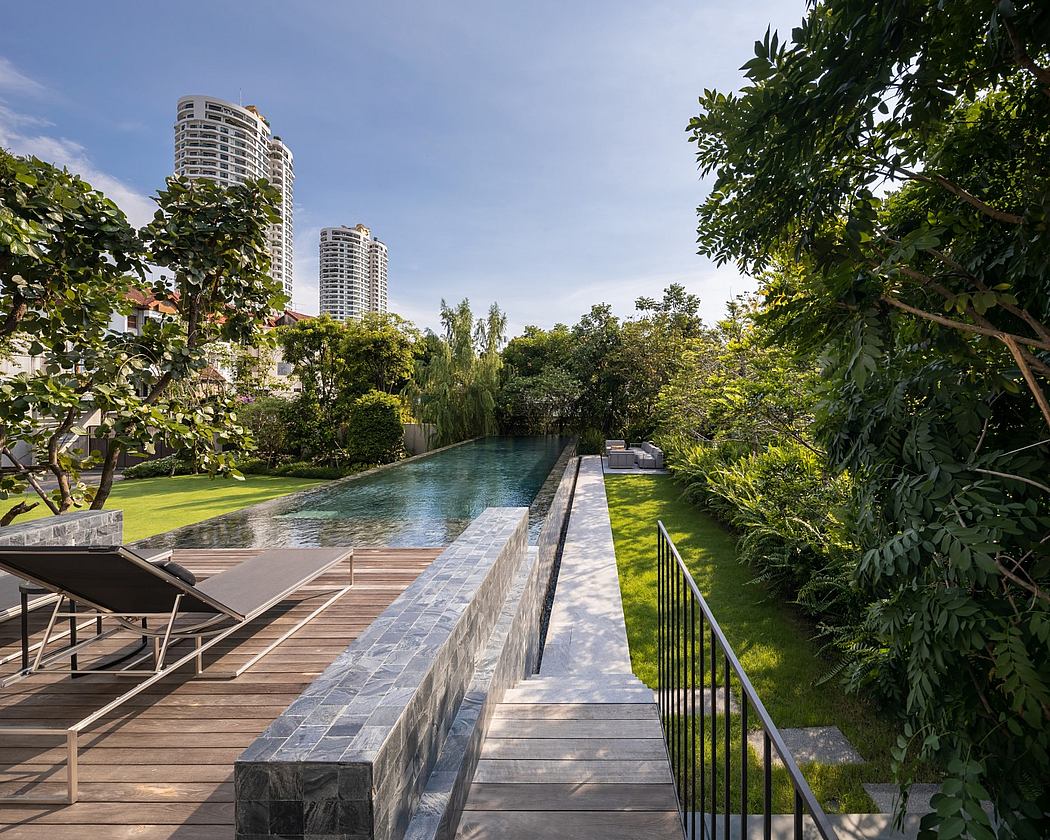 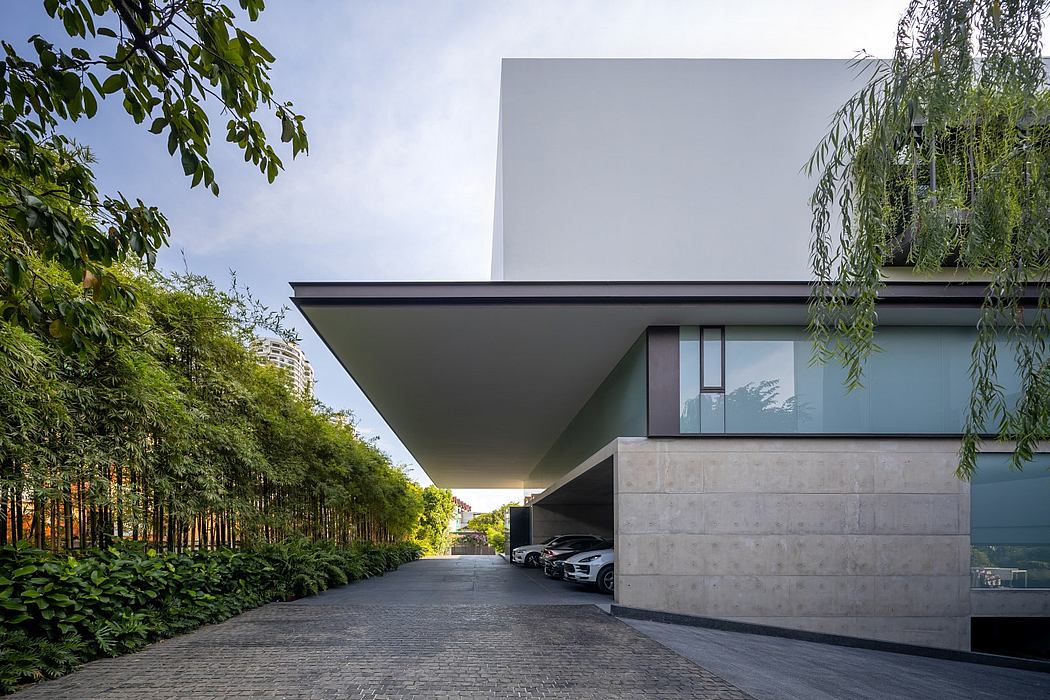 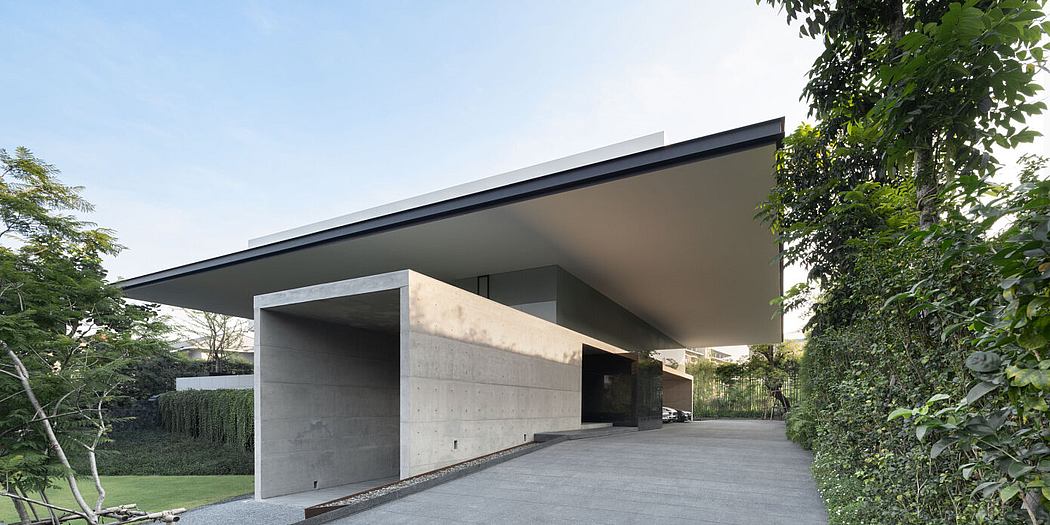 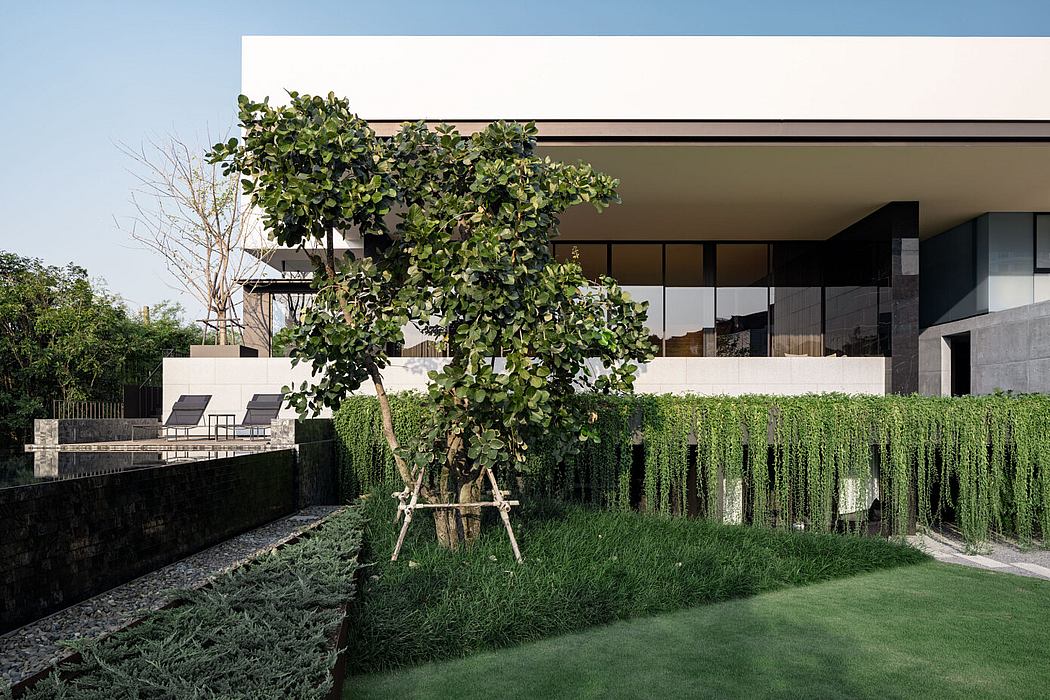 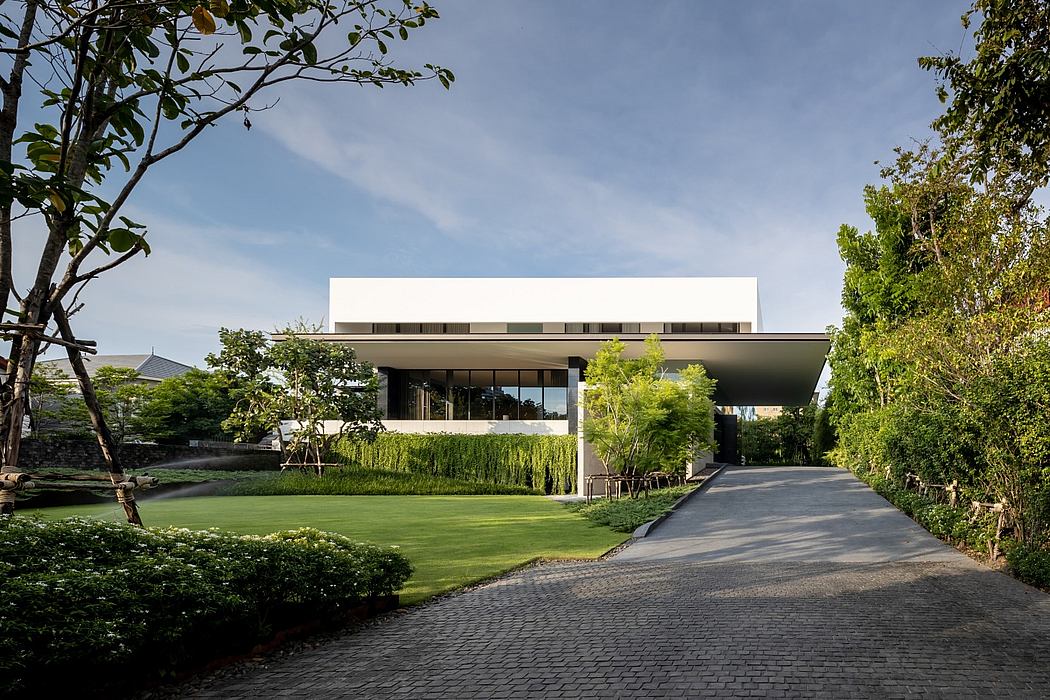 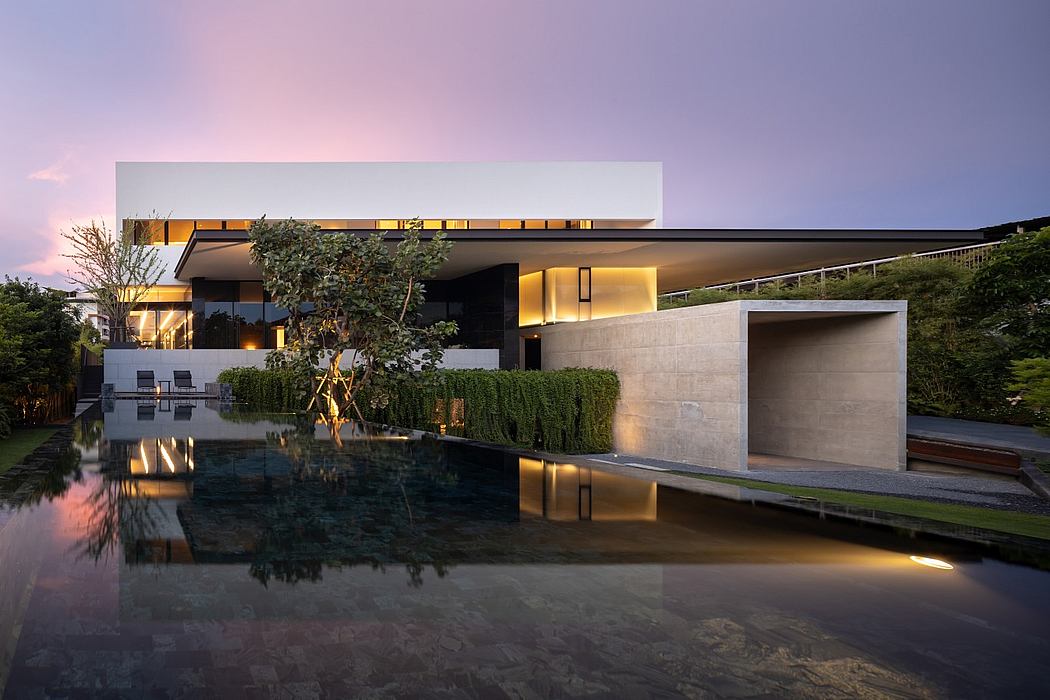 If not as an object or composition of several distinct elements, how can architecture contribute to an atmosphere? This question and its answer is prevalent in Casa Cloud, a paradigm of shifting landscape that reflects both its own character and that of the surrounding environment.

When entering the site, the house’s sleek overhang attracts one’s attention, not the building itself. This confirms the tacit presence of the building, an unaffected sort of architecture. The building breathes an air of freshness, as if it was born along with the site. There is nothing that seem copied from somewhere else. Despite its sharp vocabulary, the building seems honest without any aim for sensationalism.

Considering it as a whole, the house can be seen as an ensemble of device that both follows and resists the actions of the environment. When one is drawn into the activities inside the house, it is not necessary to differentiate which aspects of its atmosphere result from architectural elements and which from its climate and landscape. While the separation between built and unbuilt conditions seem obvious, it is a product of analysis and reflection that grasps the situations. If we try to catch events in the house as they unfold, talking, reading, eating, resting, there is no separation of moods that result from the architect’s provisions from the moods that are given by their unbuilt surround.

Walls and enclosures are designed concentrating on the ways screening devices combat the effects of sunshine. Resistance is only half the work of these elements because the same devices that restrict heat penetration also allow entry of fresh air. And because of its carefully configured geometry, the walls add to each room’s orthogonality an oblique orientation towards settings outside and beyond. Panoramic landscape is brought in, becoming an integral part of living spaces. The house’s orientation also increases the depth of the building, by layering as well as by opening. Depending on where one is standing in the house, the margins of the panoramic landscape setting becomes more marginal and less so, more interconnected with the interior they surround or less a part of it. Thus the landscape introduces both frontality and obliquity into the house. Many of the walls are partition-like but don’t perform only as space dividing elements. They are directional because they alternately concentrate and expand space.

Architecture such as this can be called attentive and localized, because its settings supply what the given location is unable to give on its own. Light, for instance, is made more intense or less obtrusive, when reflected of the strategically orchestrated surfaces. Lights are brightened while shadows are cooled by both the enclosures and their surfaces.

When considering the relationship between the interior and exterior, it is more of a fusion. The house fuses man with his environment. With interconnectivity between the shifting landscape and the house’s platform, the connection is so tight that separation is not possible. This creates atmospheric conditions that are at once distinct and continual. The design thus seems like a coexistence of two contrasting elements of the manmade and the natural, the solid and the fluid, the dark and the light that define and redefine each other, creating unified living environment for the house’s inhabitants. While a room’s atmosphere is unmistakable, an attempt to explain its causes is defeated by the unity of total circumstances. The house treats the distinction between architectural and natural conditions as it does not matter. Thus, the fusion between interior and exterior is not only a blending together, but also a crossover and integration of previously separate elements.

Casa Cloud is an architecture that tries to disclose similarities of its own elements and that of its environment that make up its distinct situation. In order to achieve this, the building must accept the fact that its effects are codependent on the potentialities of a given situation of its environment. When a building operates, the environment is not external to it but internal. In our experience, neither the house nor its milieu obtrude themselves into our awareness. During daily activities, the actions, not the setting, occupies our attention. Yet focus on the activities in the house does not eliminate the presence of the architecture and landscape, but treats them as the marginal elements of awareness. The decisive characteristic of these margins is their indistinctness or seamlessness. Here, architecture act as if it were part of the natural world.

In its working, the house is what it was designed to be, but it also acts as if it were a part of the world that was never designed. This is how architecture creates the atmosphere of a situation, through its enactments and performances. Already in its prosaic and internal functionality, the building then takes on a role that is offered to it by its external environmental conditions. It is a way of articulating what the building does, how it behaves in accordant to and in contrast to itself, as if it were part of the world, it finds itself within. Casa Cloud’s investment, both in its own internal tasks and the unseen fullness of what the external world offers set the stage for its situation to perform as if it has been created by both the architect and by nature itself.