Located in Trancoso, Brazil, Casa Cajueira is a hilltop retreat overlooking rainforest and ocean designed in 2019 by Wilbert Das. 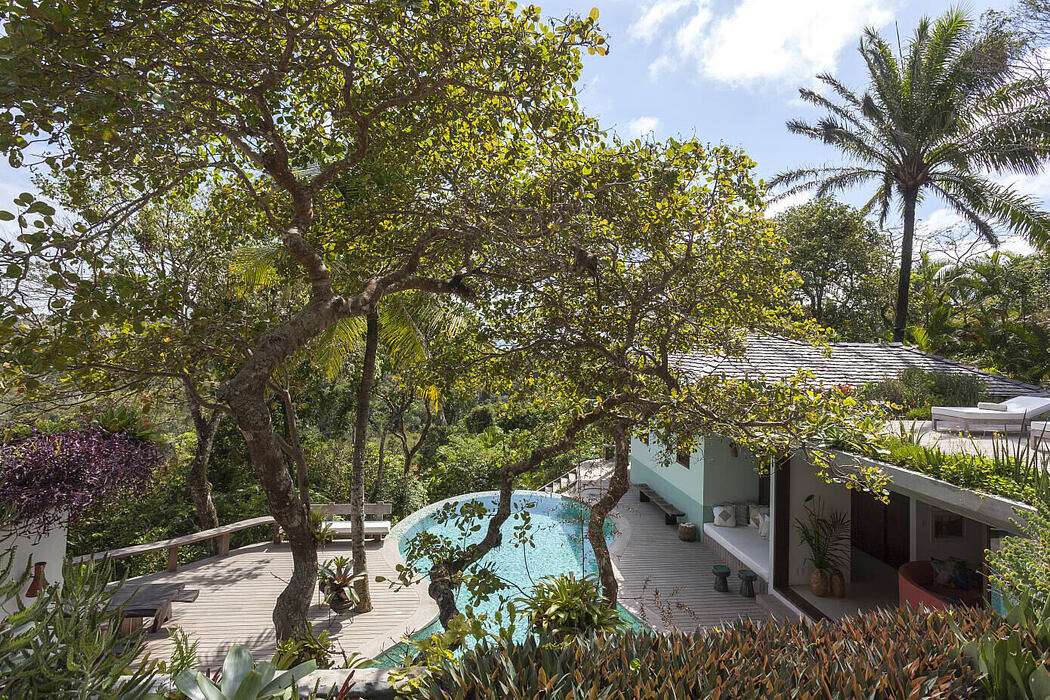 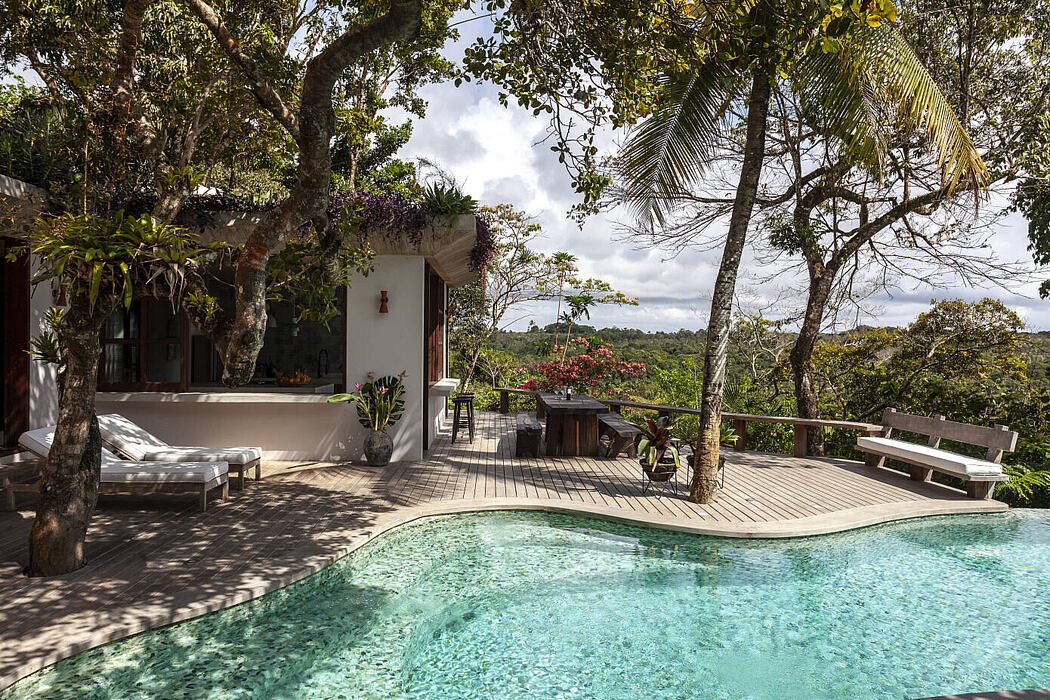 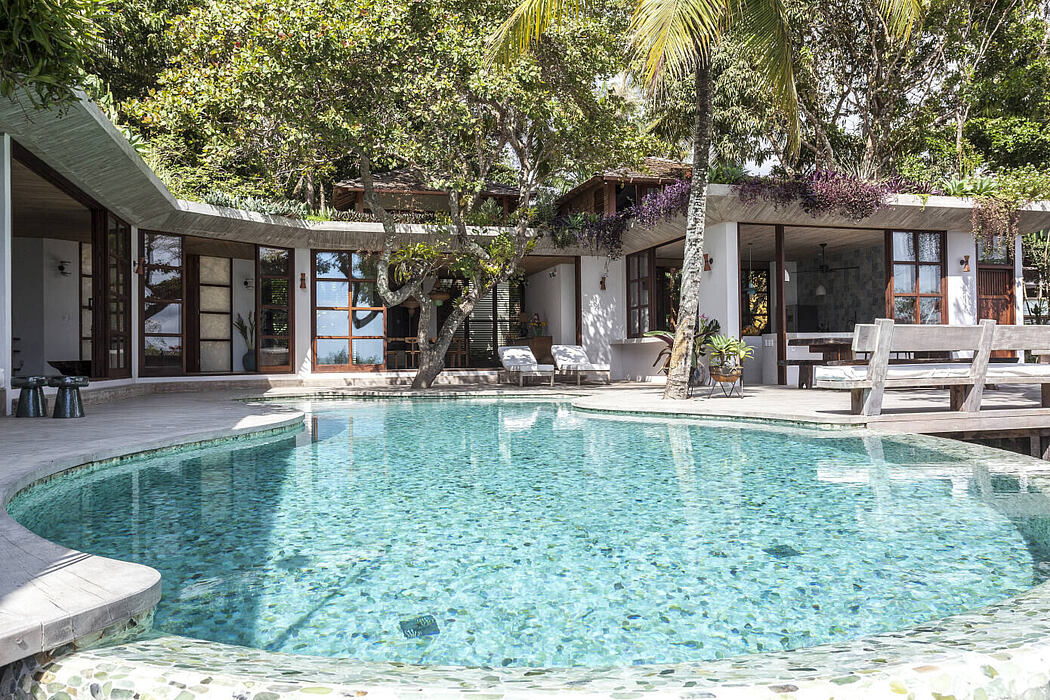 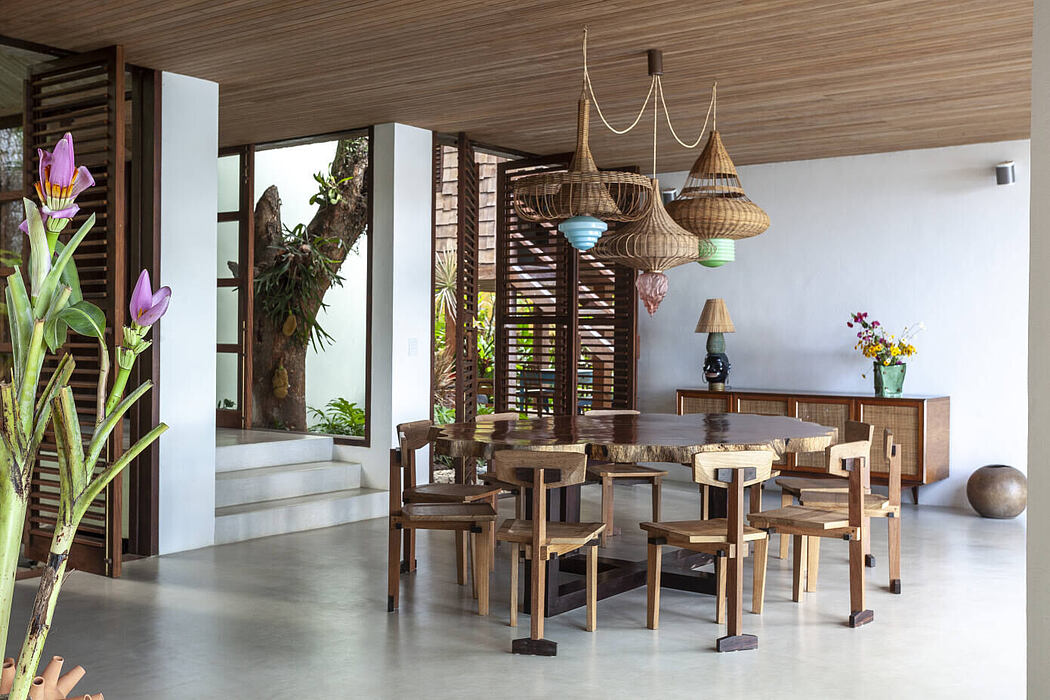 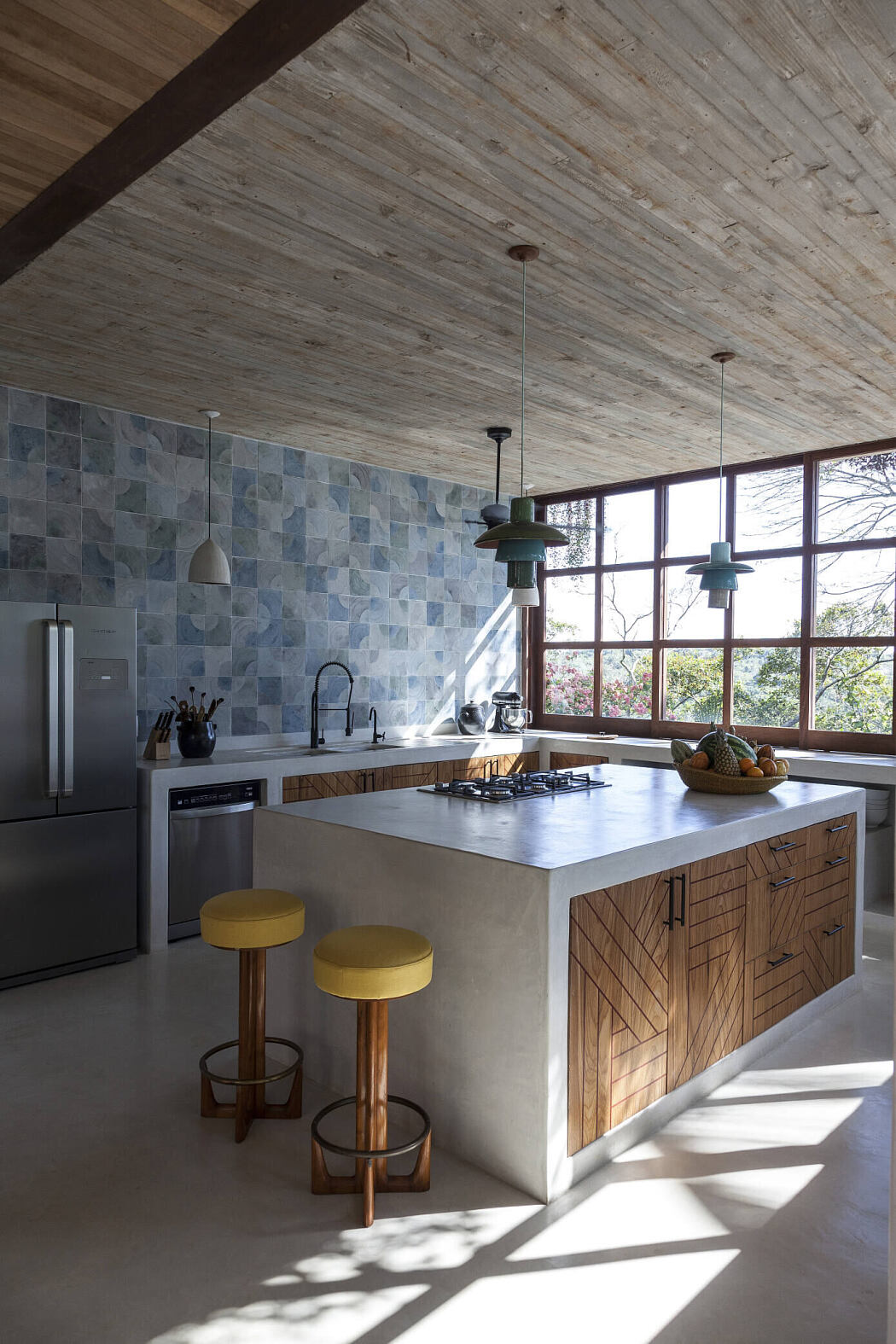 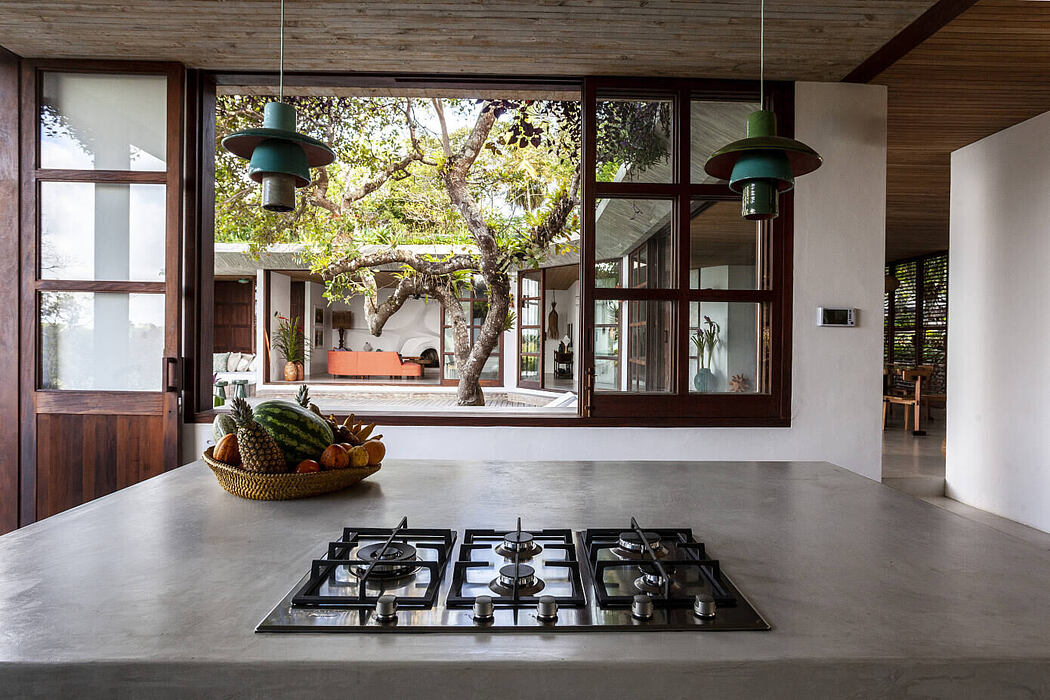 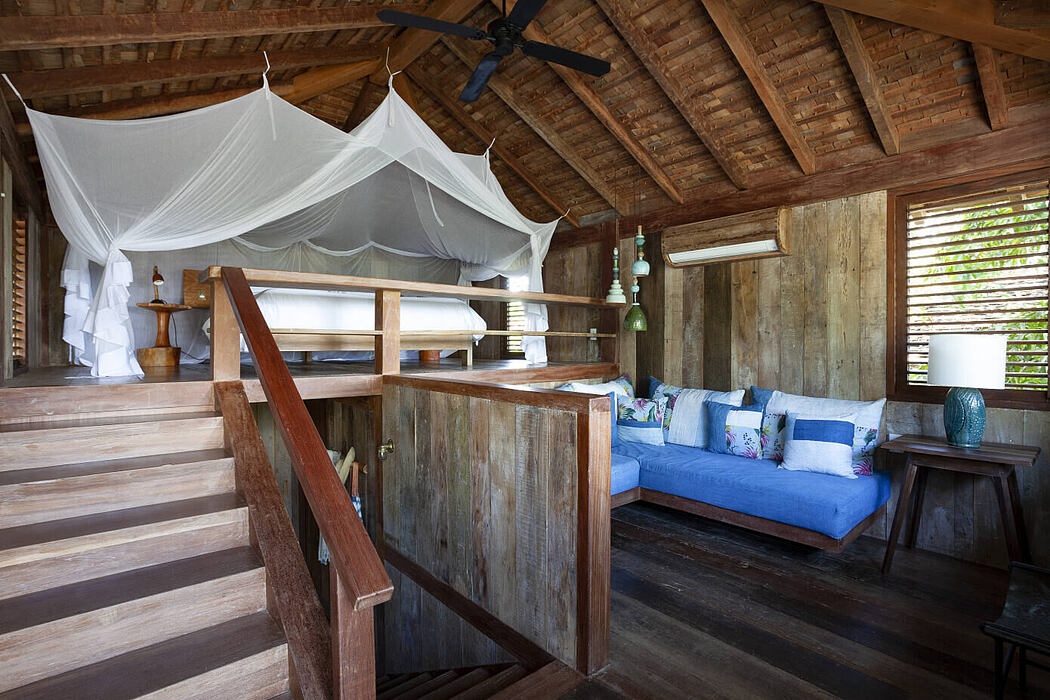 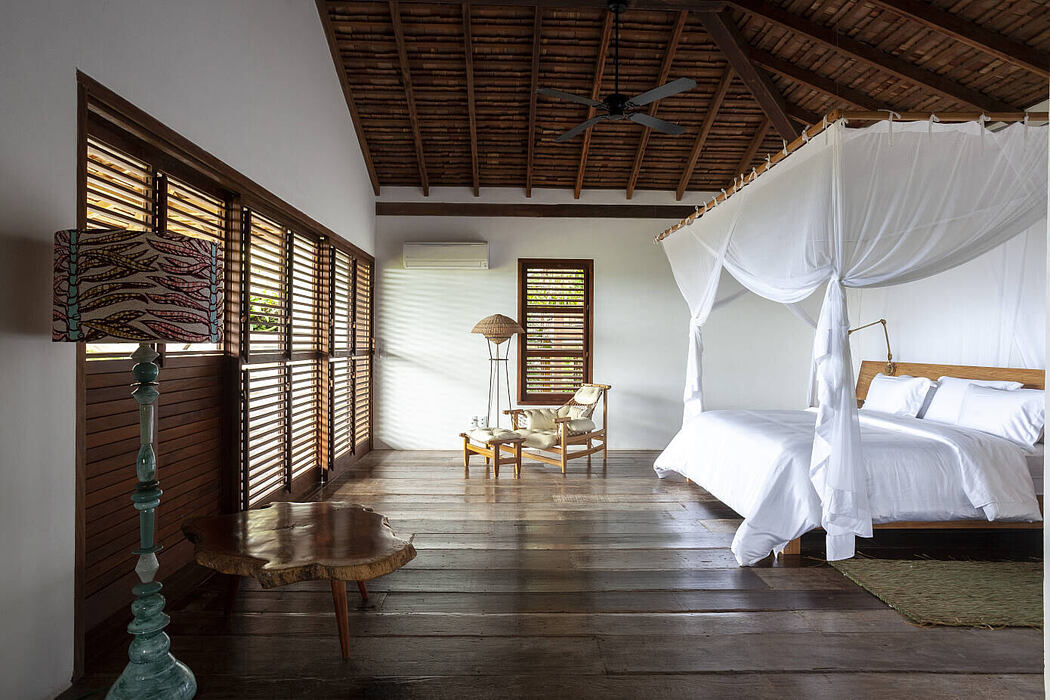 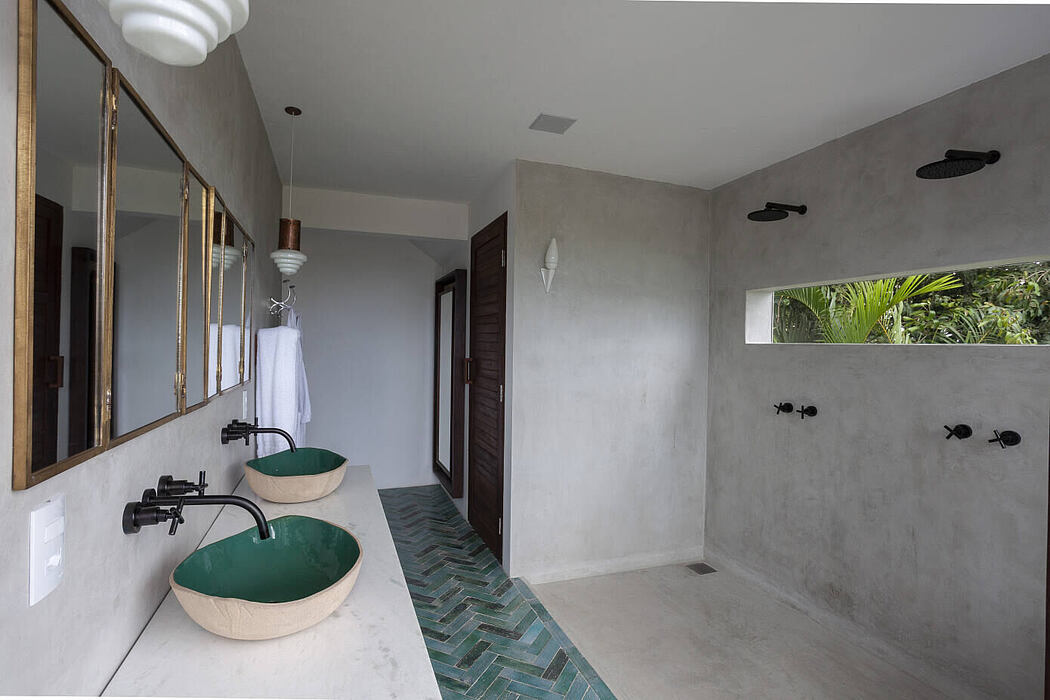 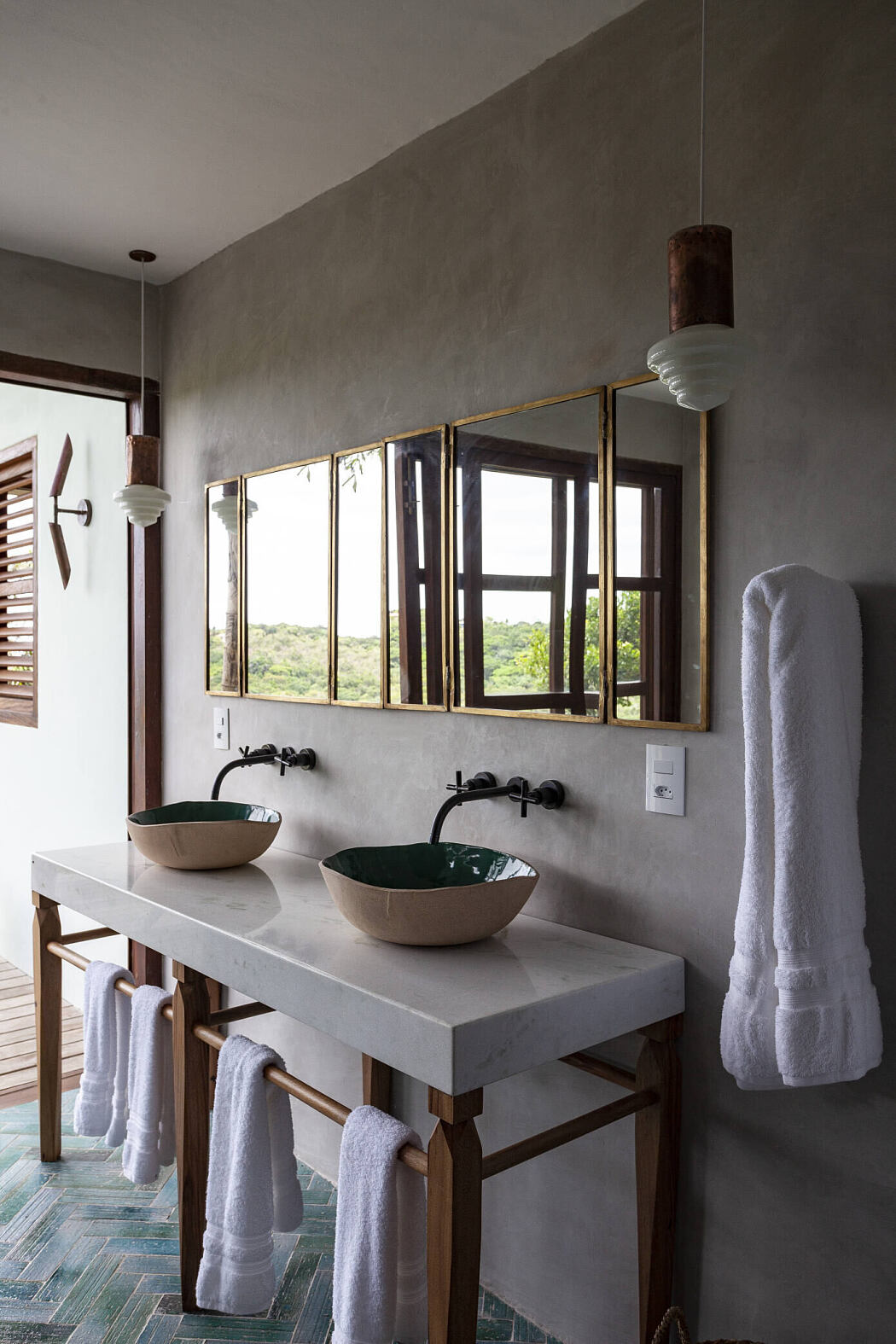 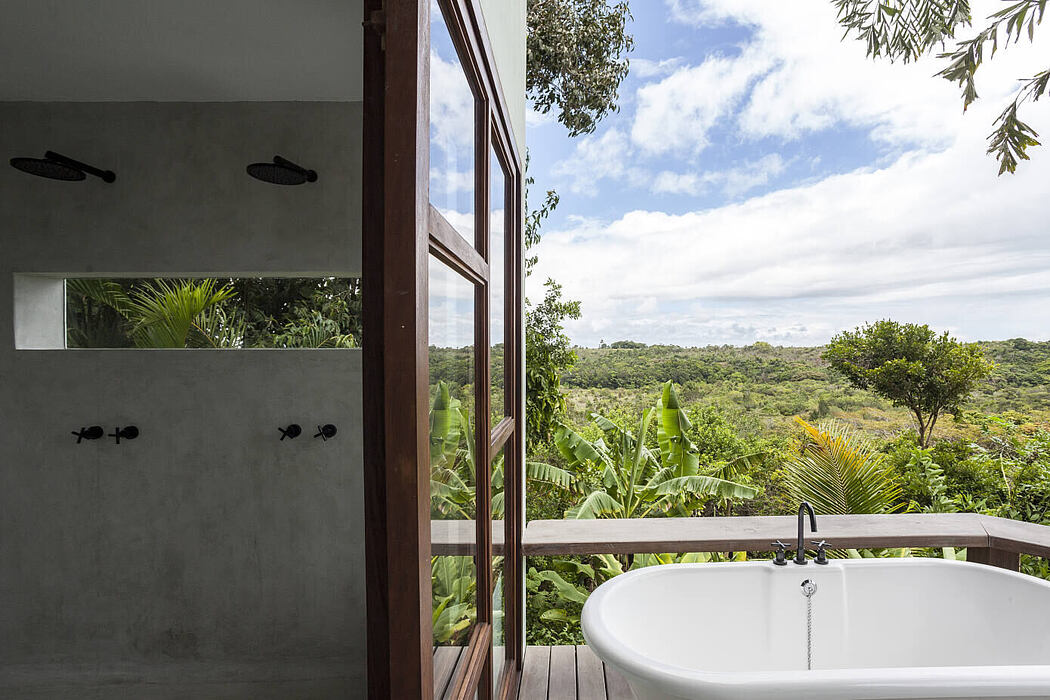 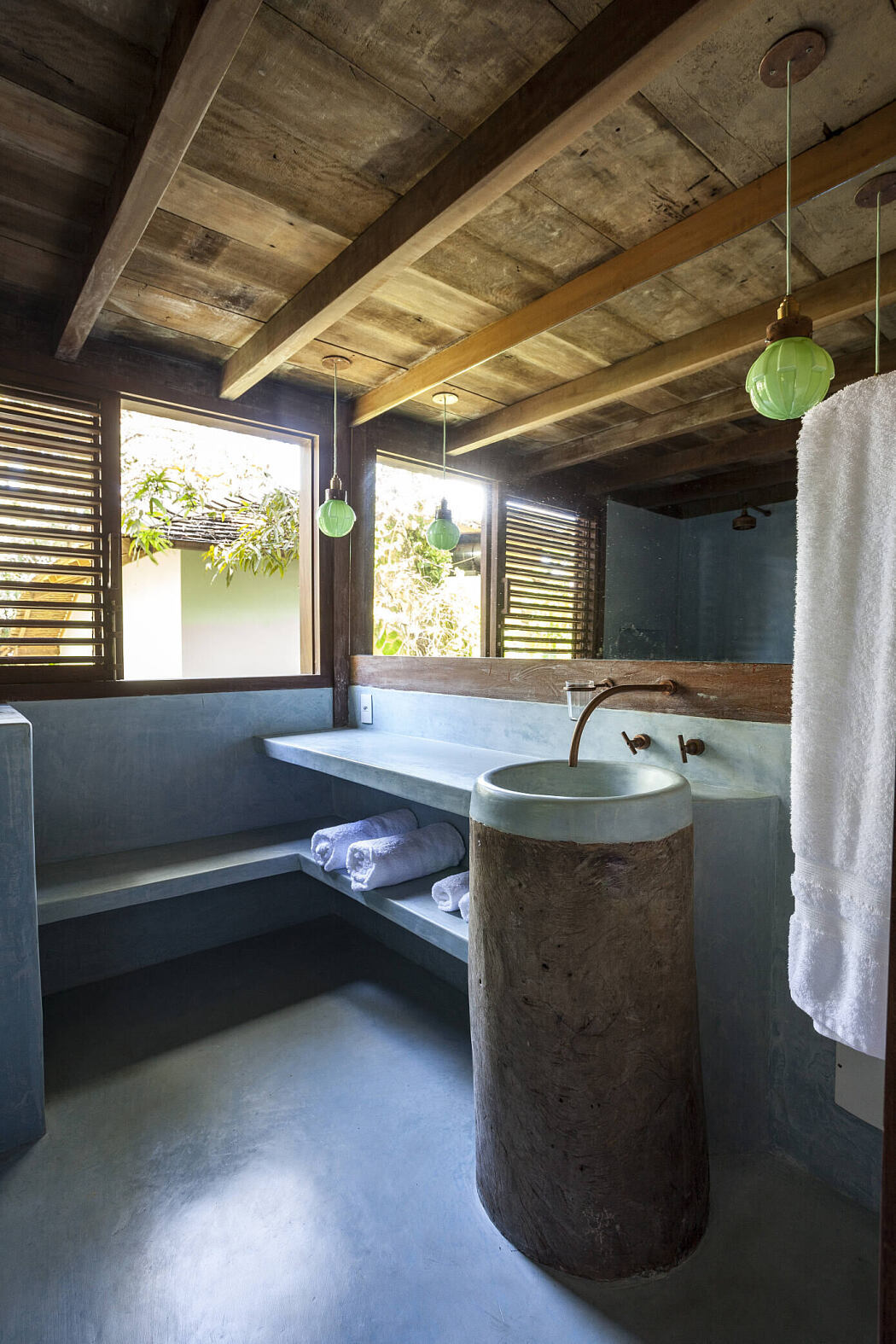 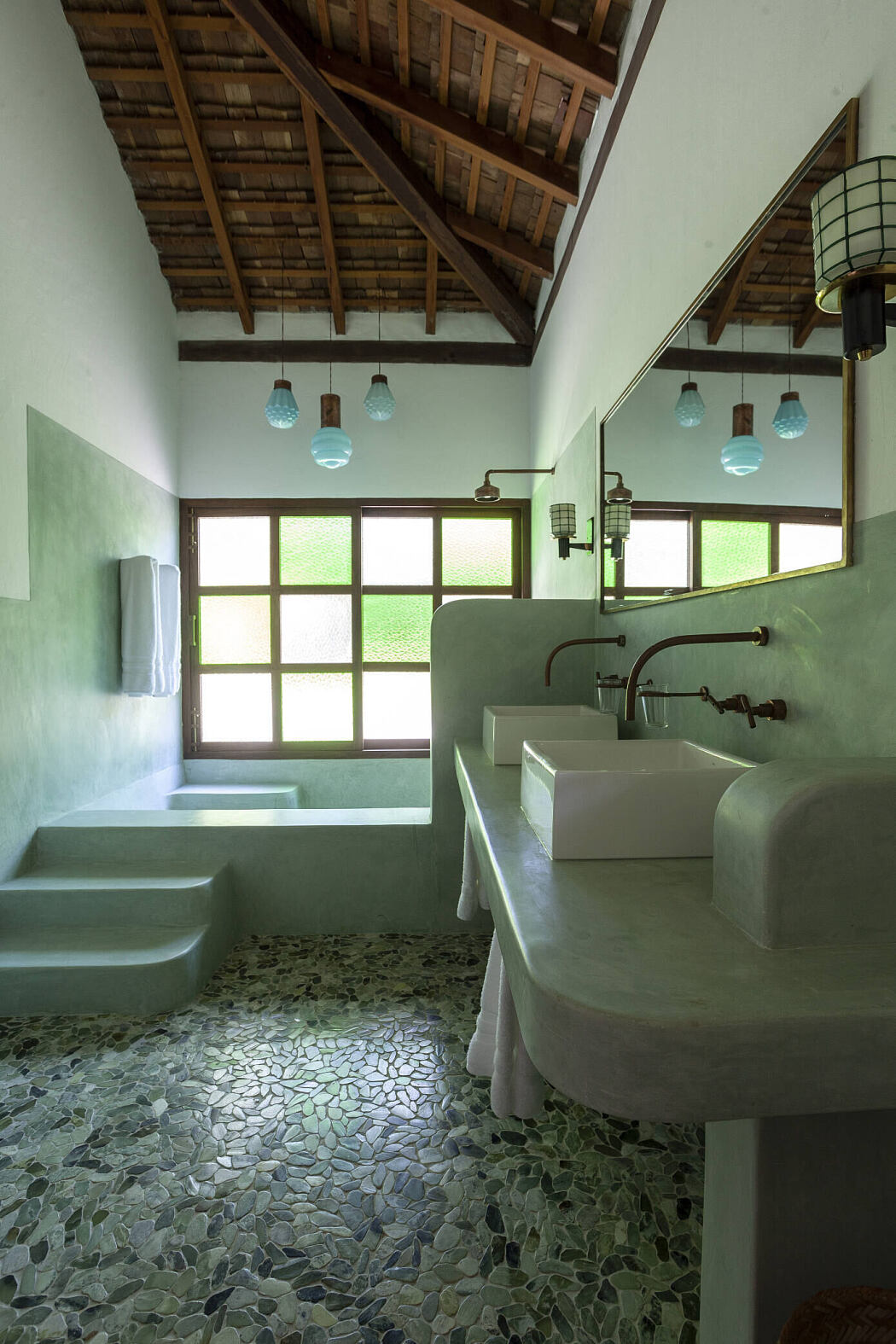 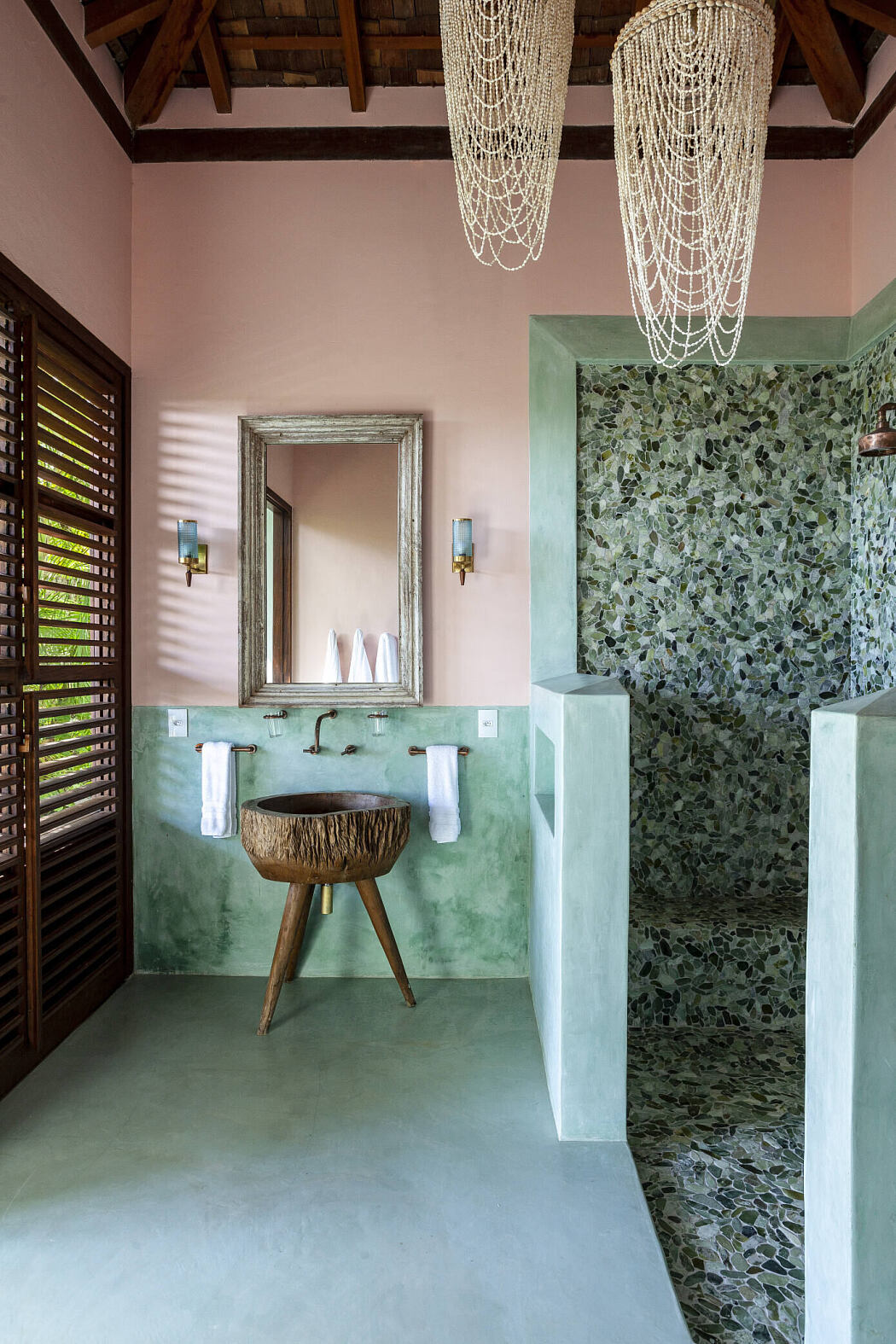 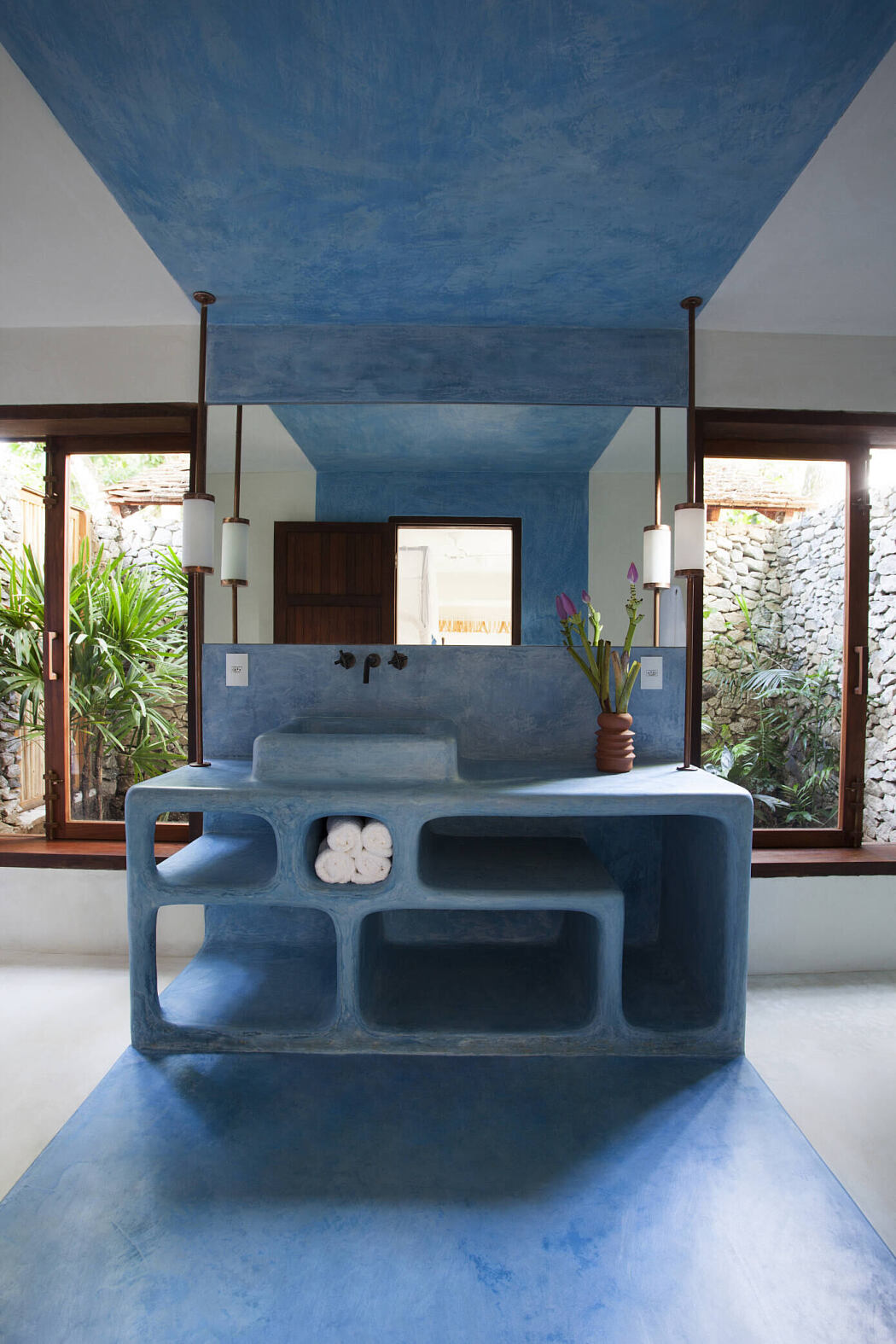 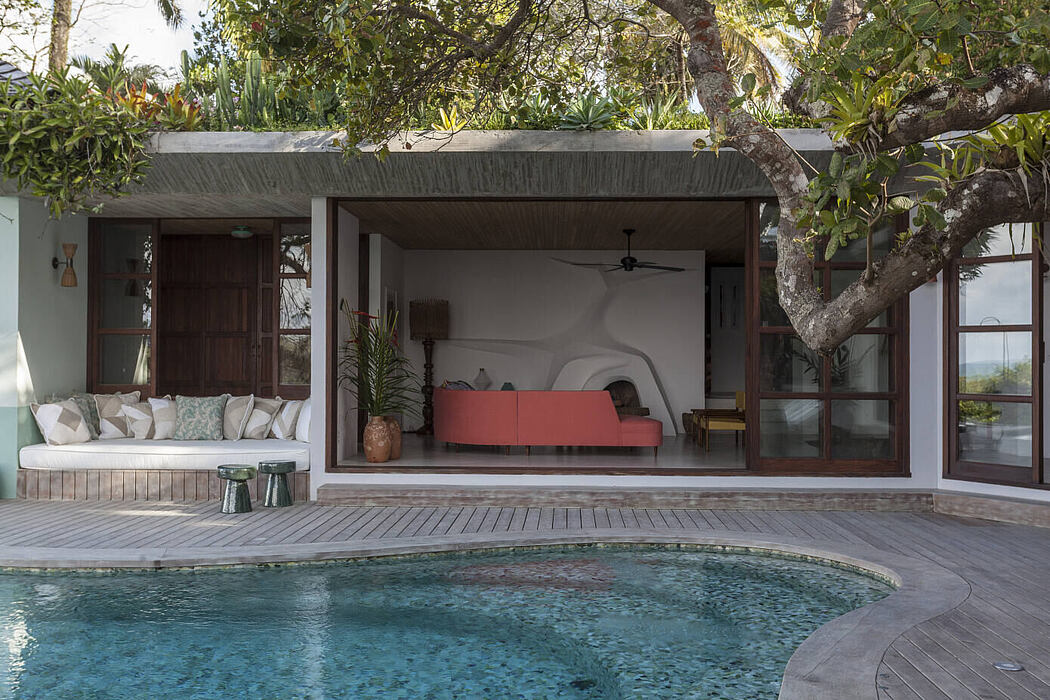 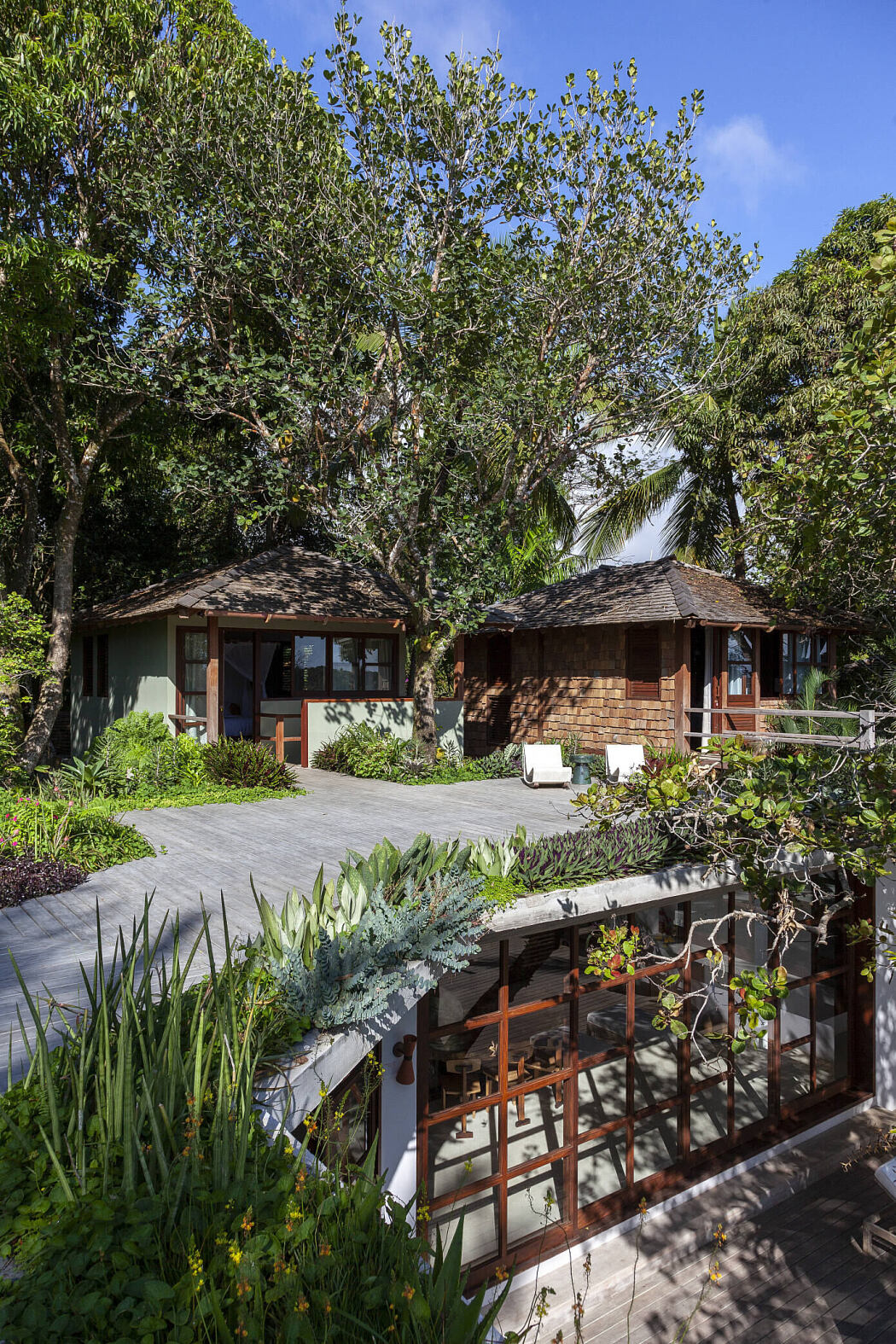 “A hilltop retreat overlooking rainforest and ocean conceived as a as built by native craftsmen with local materials and love.”

The brief casa description below is quoted from T-Magazine instagram feed, September 26, 2019:

“When a Belgian media magnate approached the fashion executive turned hotelier Wilbert Das (@wilbeedee) in 2015 to create Casa Cajueiro, a six-bedroom vacation home replacing an older home near the town’s historic center facing the jungle and named for the cashew tree growing in the middle of its six-acre plot, she gave the designer creative carte blanche. After his first site visit, Das drew blueprints for a 12,000-square-foot home based on a disjointed floor plan that would preserve 14 of the property’s mature mango, star fruit, cinnamon, jackfruit and almescar trees. Five white stucco suites and one of reclaimed wood, each a hermetic world of its own, branch out from a shared block of common spaces that torques around the central tree, offering expansive views to the ocean. At Casa Cajueiro, Das decided to explore the Brazilian Modernist tradition that had been refined throughout the 20th century by both local designers and their counterparts from abroad, who, like him, had found their way to the country and decided to stay. What would Modernism look like, he wondered, if it had been invented in Trancoso?”