Budge Over Dover by YSG Studio is Not Your Regular Home. 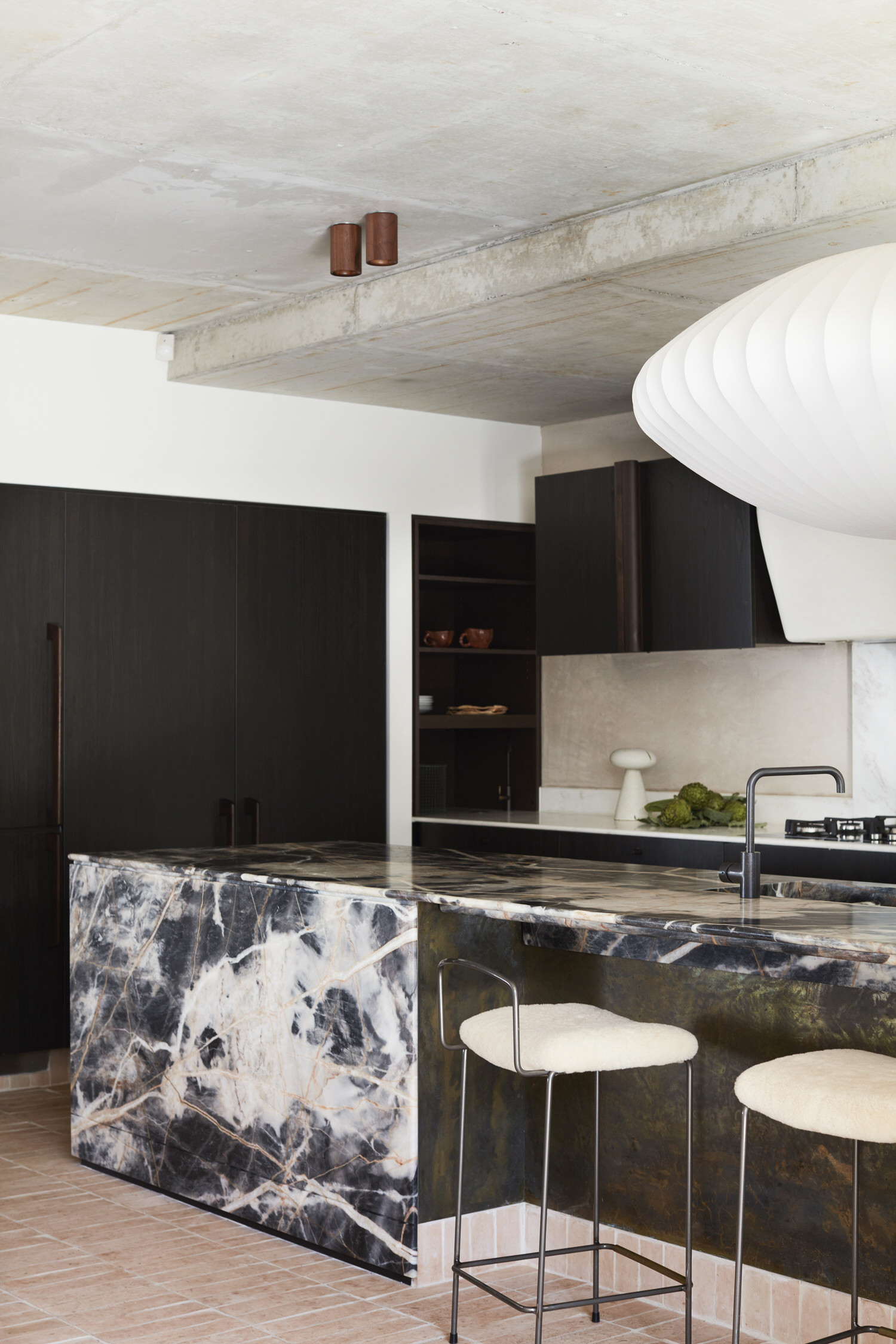 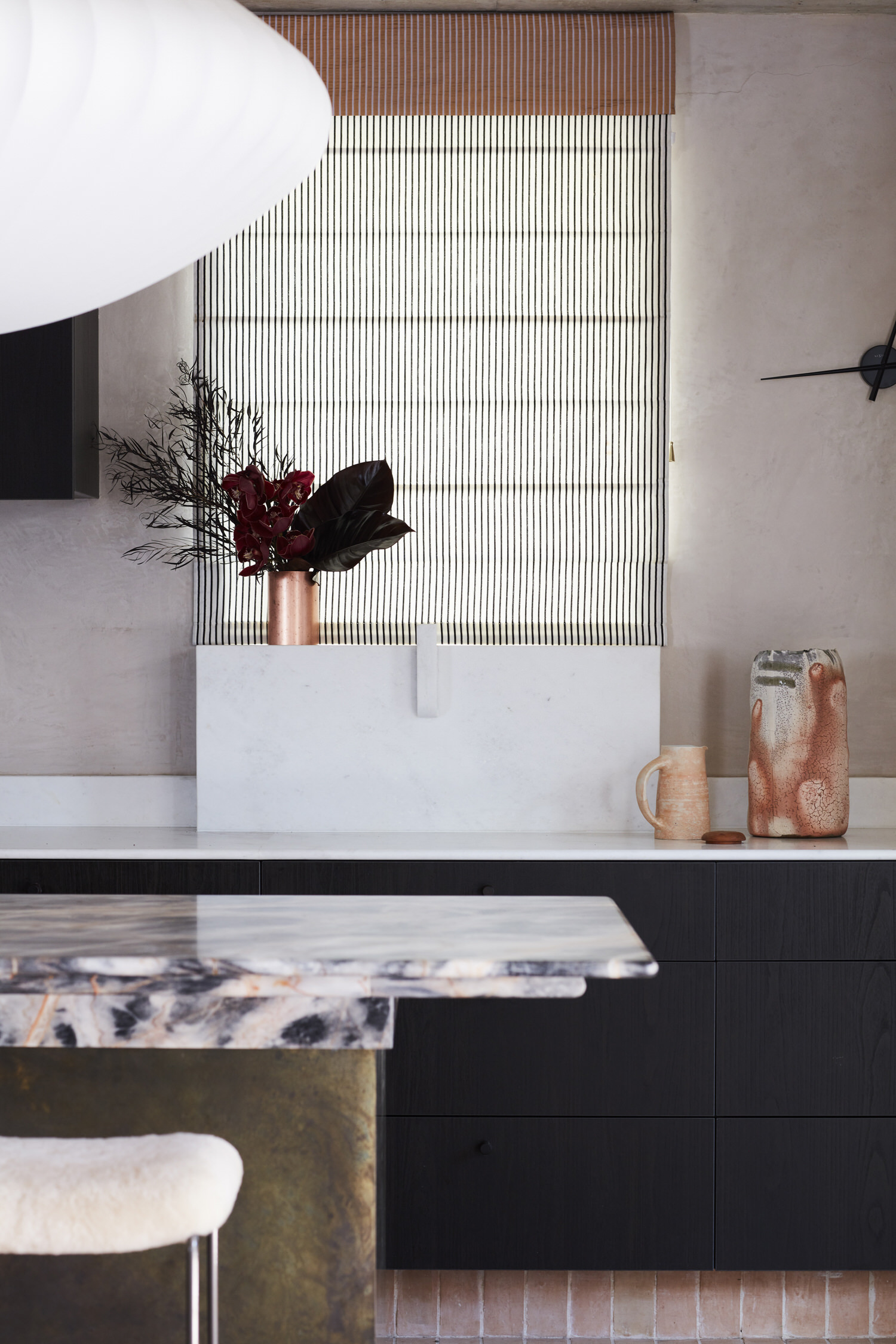 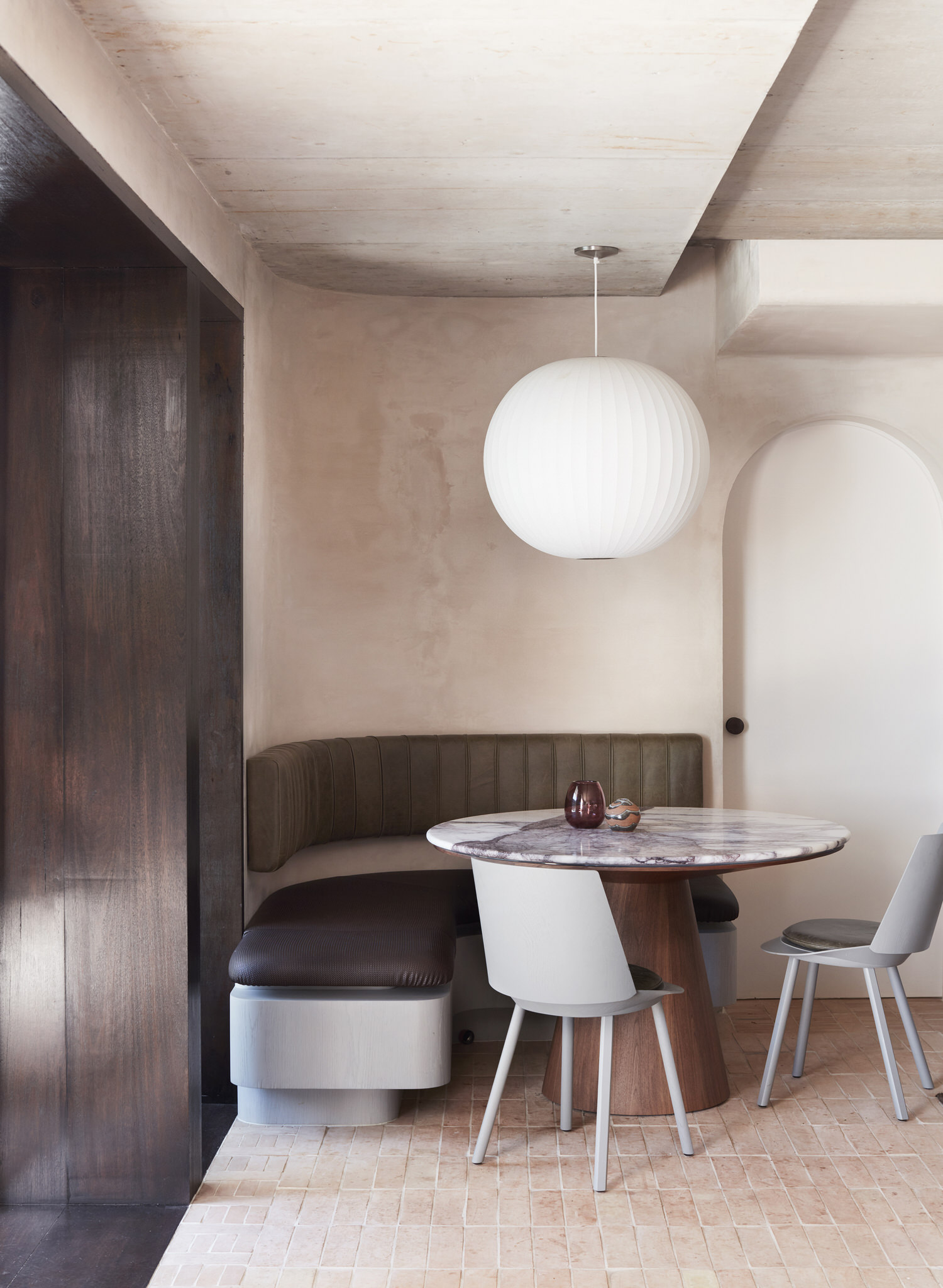 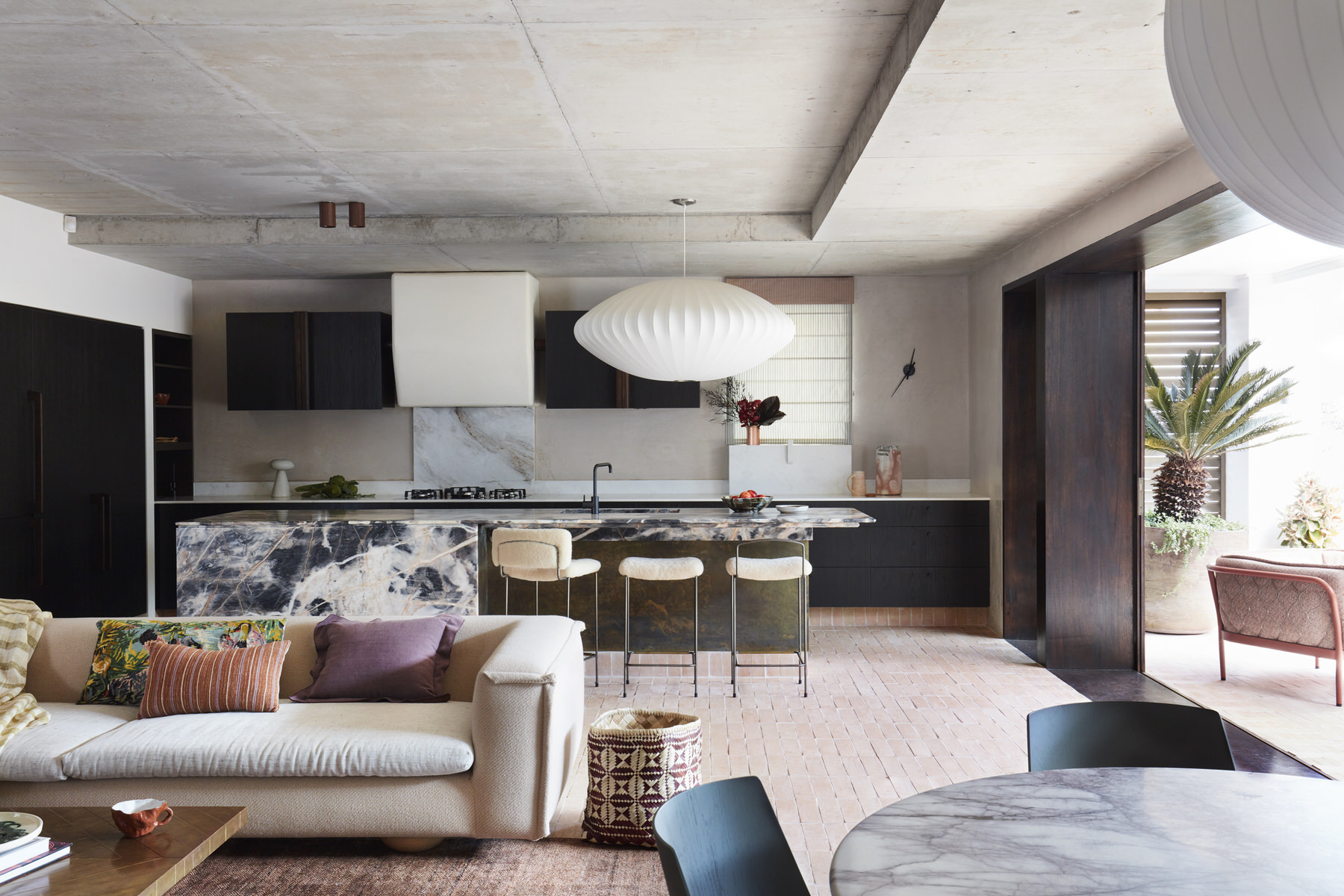 In Dover Heights, a coastal, eastern suburb of Sydney, this 825-square-metre project has everything anyone could possibly dream of: peaceful outdoor areas (which comprise a courtyard and a garden with a pool) on the ground floor, spectacular ocean views from balconies on the upper level, an open feeling in the main living spaces, and the balance of colours and materials throughout.

Behind this elegantly yet warmly designed home is the team at , led by Yasmine Saleh Ghoniem. Achieving this unique atmosphere where everything feels in its right place was not an easy task. To start, it required some structural changes to a space initially characterized by many dark rooms and hallways.

Several internal walls were demolished to help transform the home, and the ceiling was raised in the formal lounge room and kitchen/living area, which now fluidly opens to the outdoor deck through bi-fold doors that not only facilitate cross-ventilation but also invite natural light in. 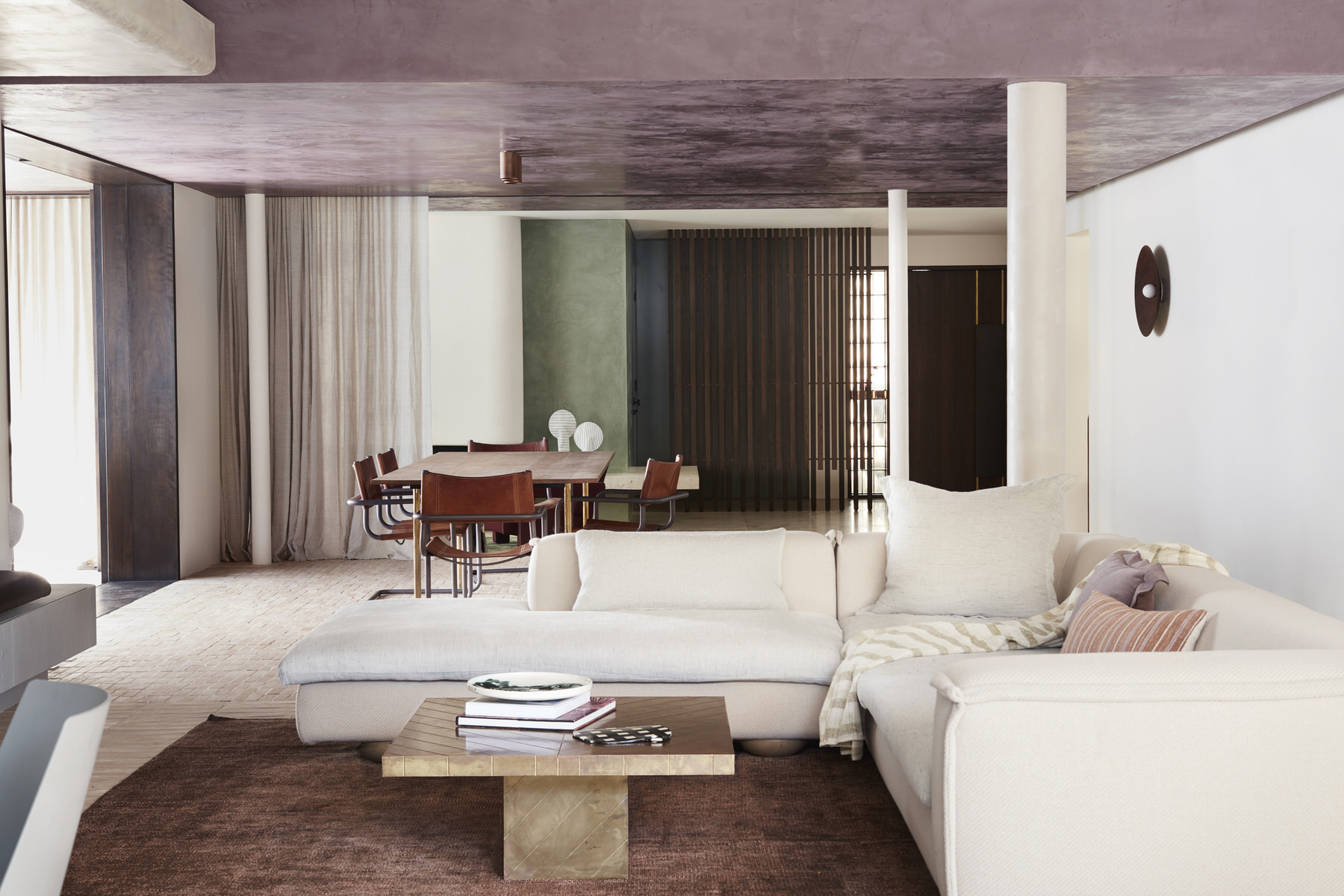 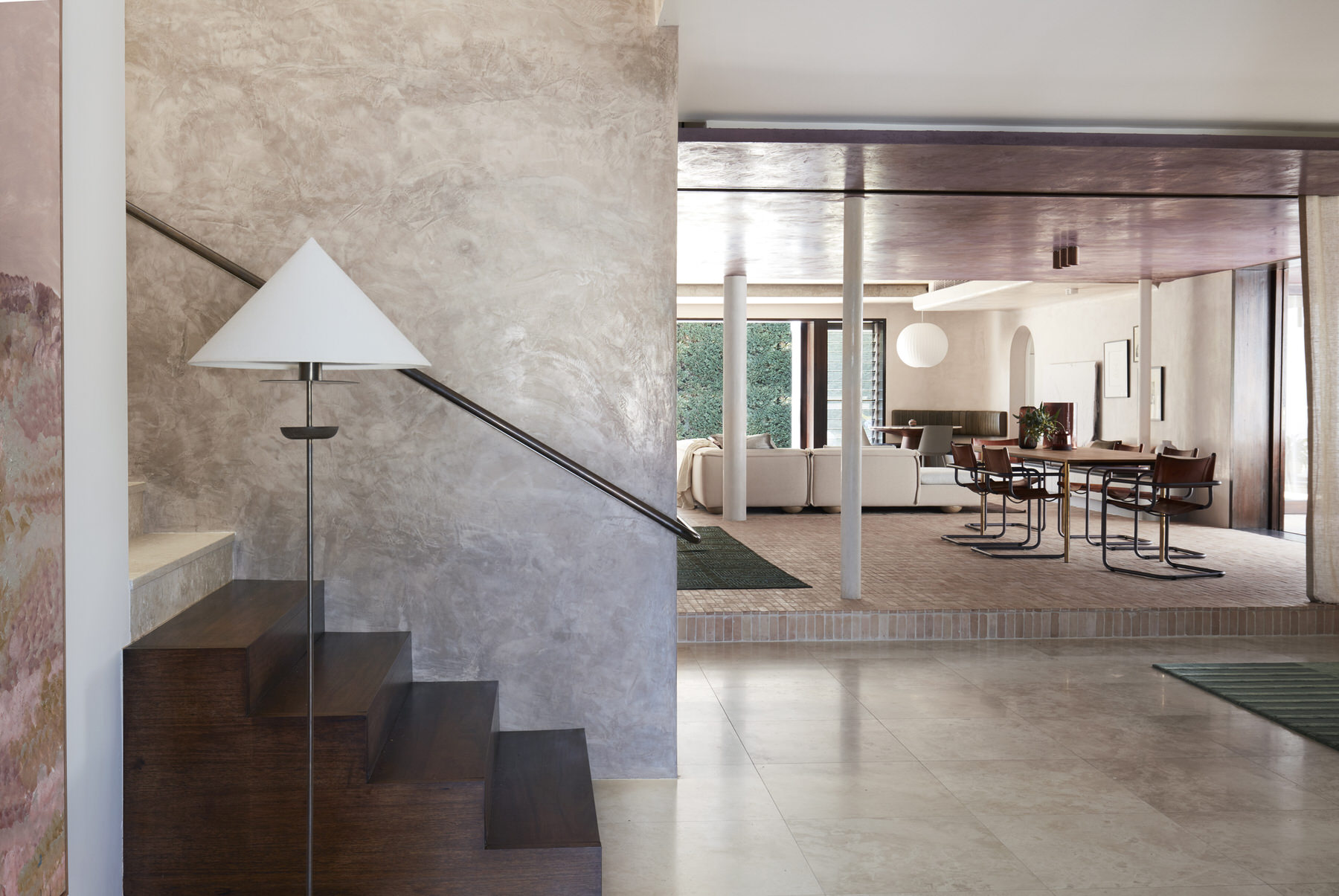 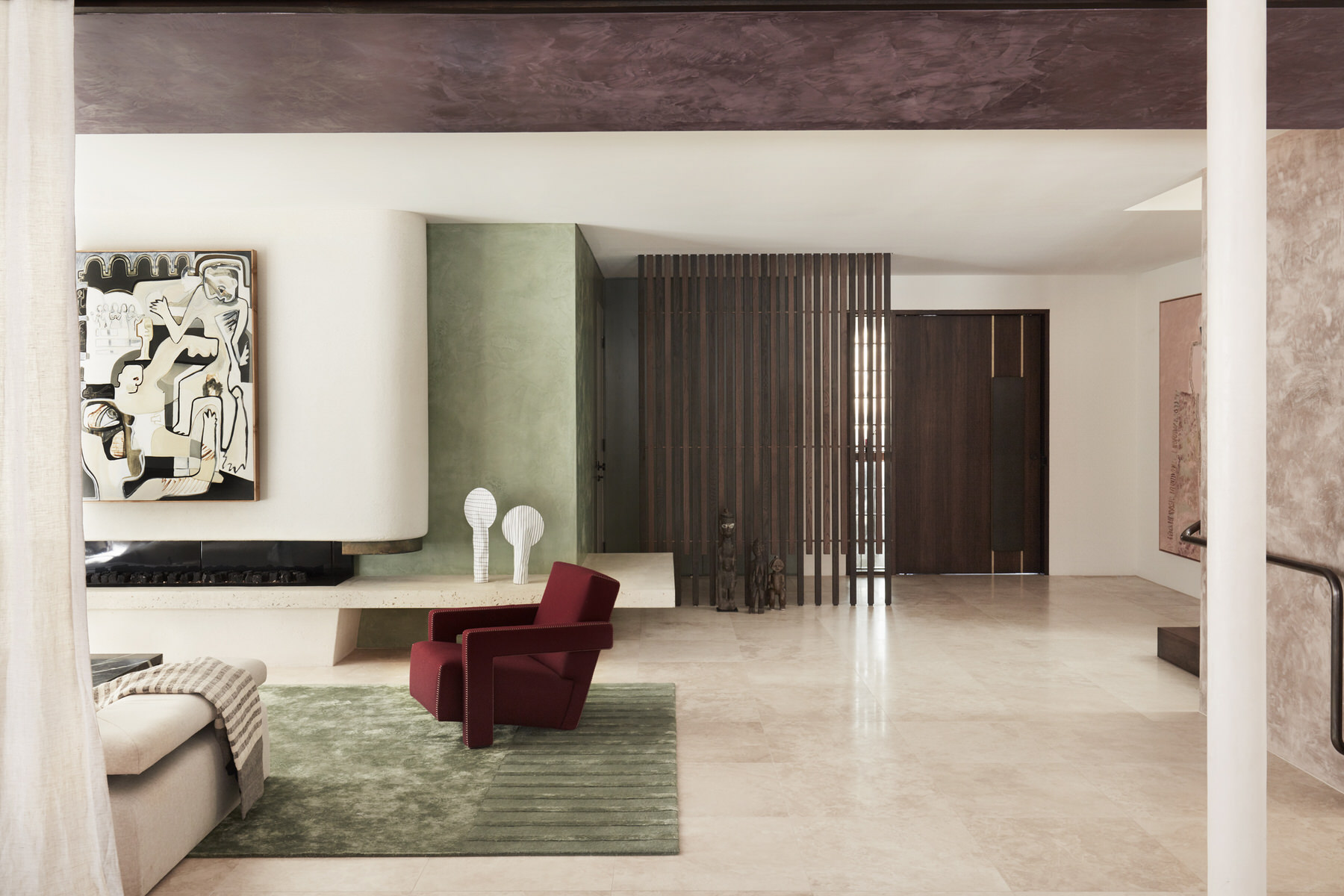 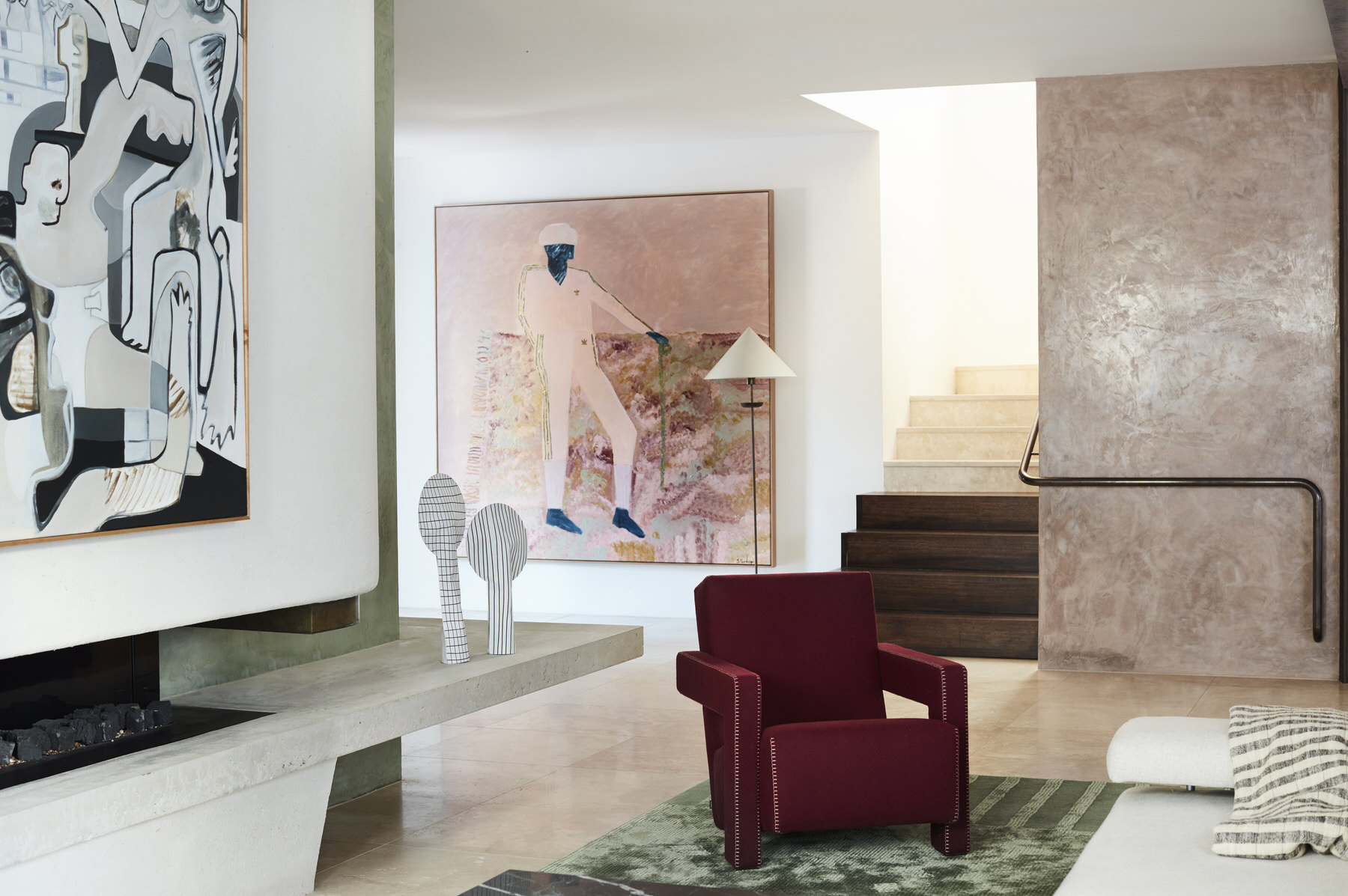 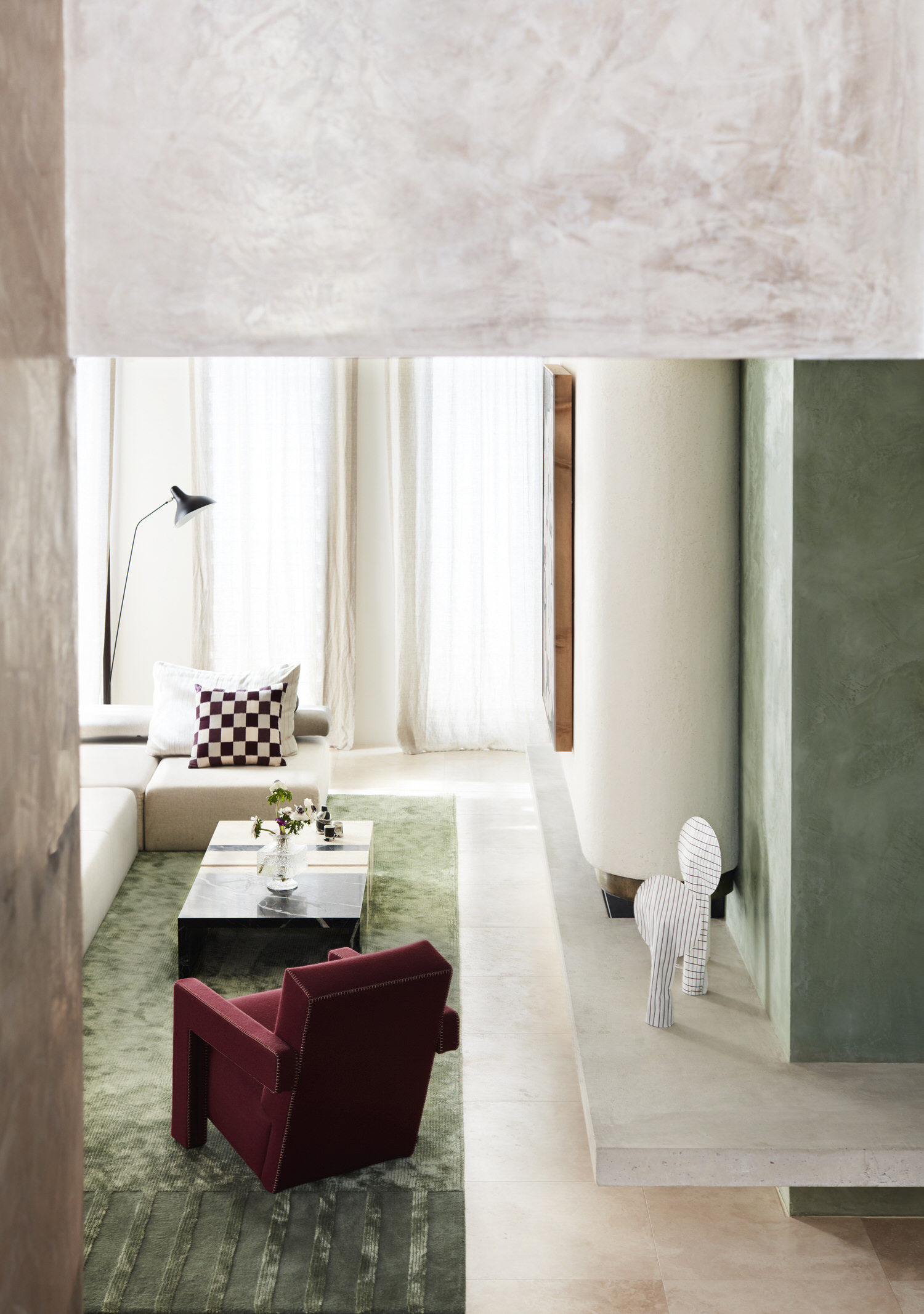 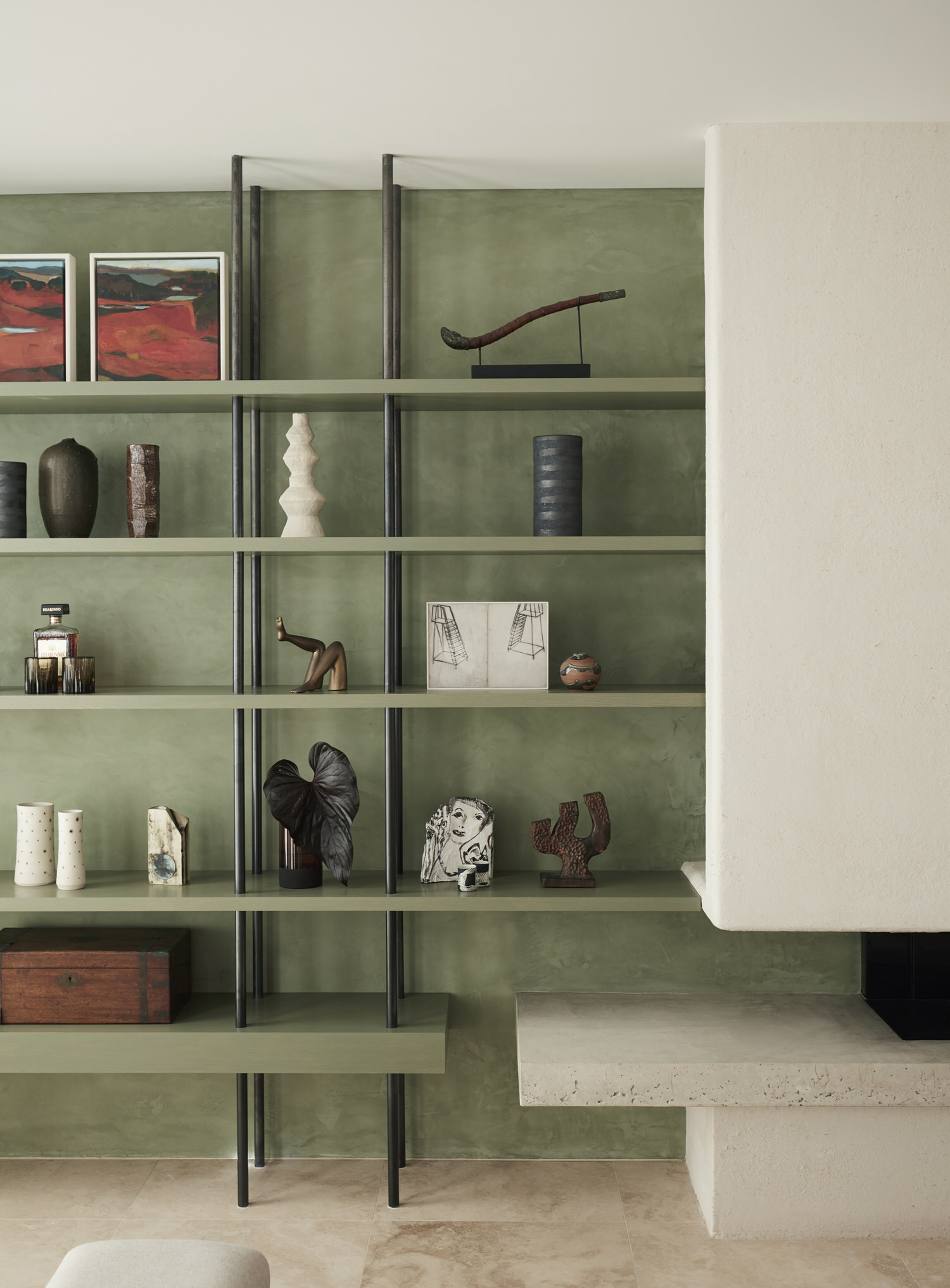 Ideal for entertaining, a dining setting and alfresco kitchen complement the extensively re-landscaped garden. One of the main objectives of this project was to enhance the connection between inside and outside —something that was also achieved through the use of the same terracotta tiles in both the interior and exterior areas on the ground level (while the original travertine flooring was retained in some parts of the house).

Sconces and ceiling lamps brush the velvet tonal depths of the public areas where arched walkways, a curved wall and the hemp-rendered fireplace with an integrated seating perch give a sense of perfectly balanced proportions. 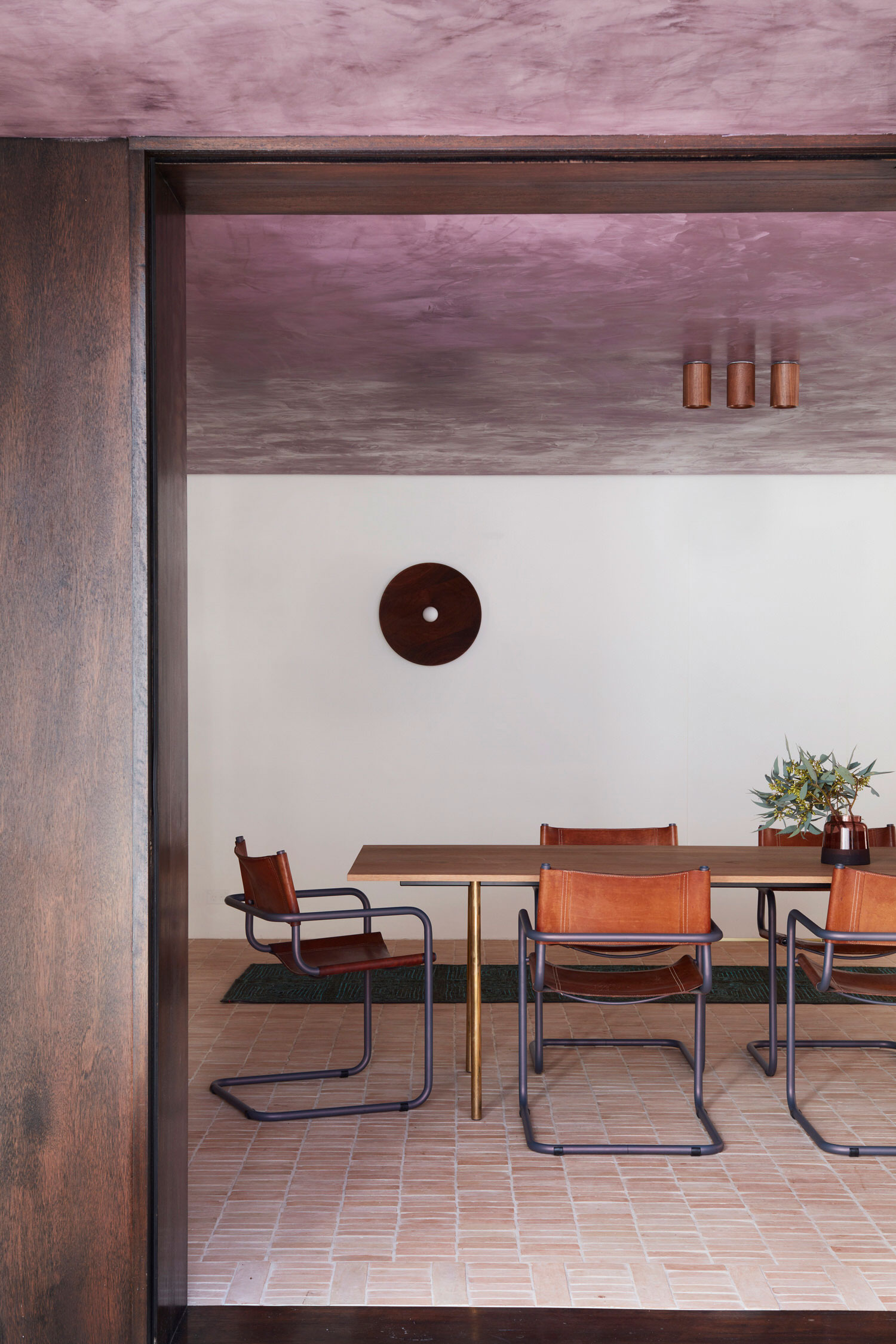 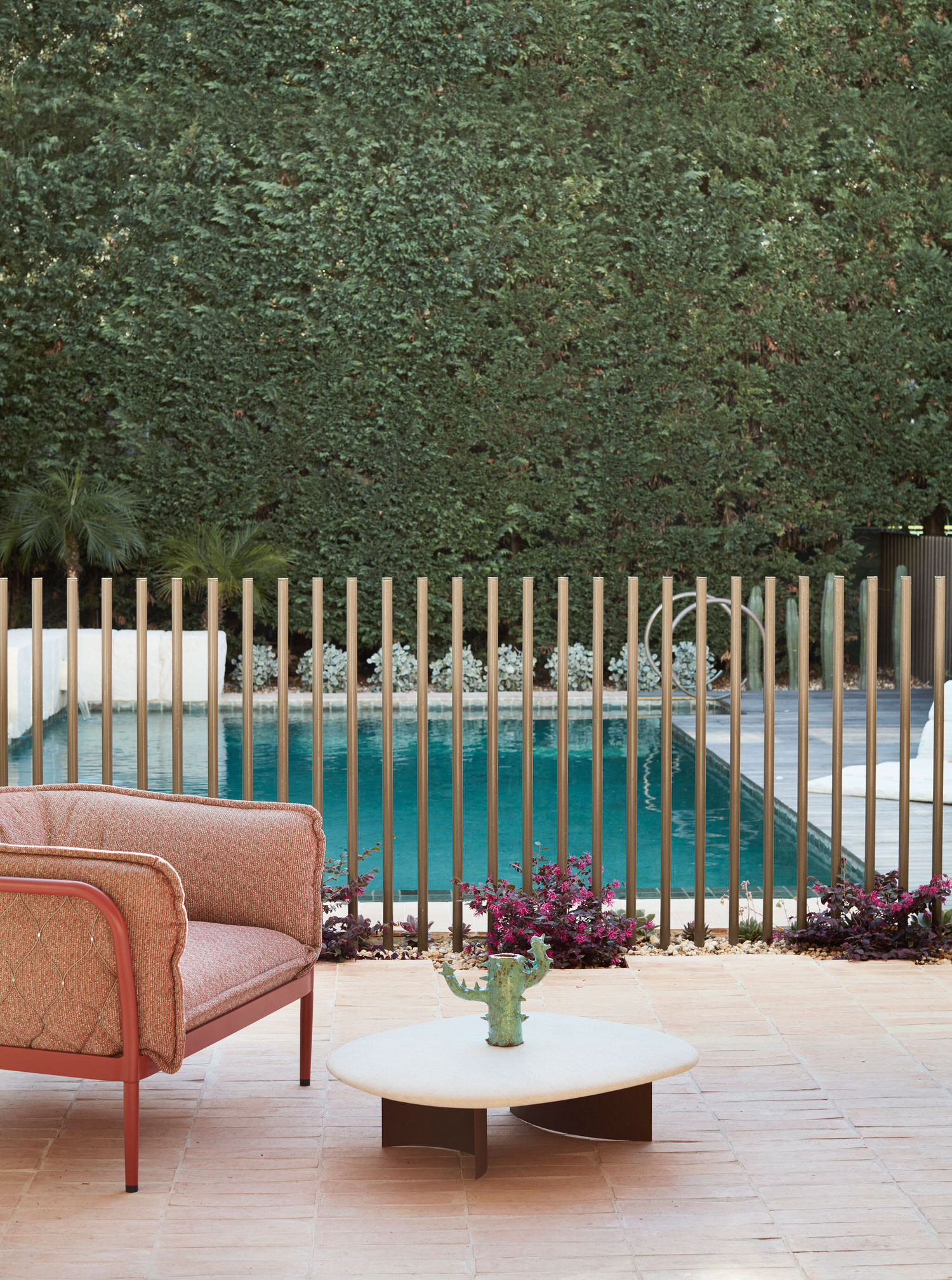 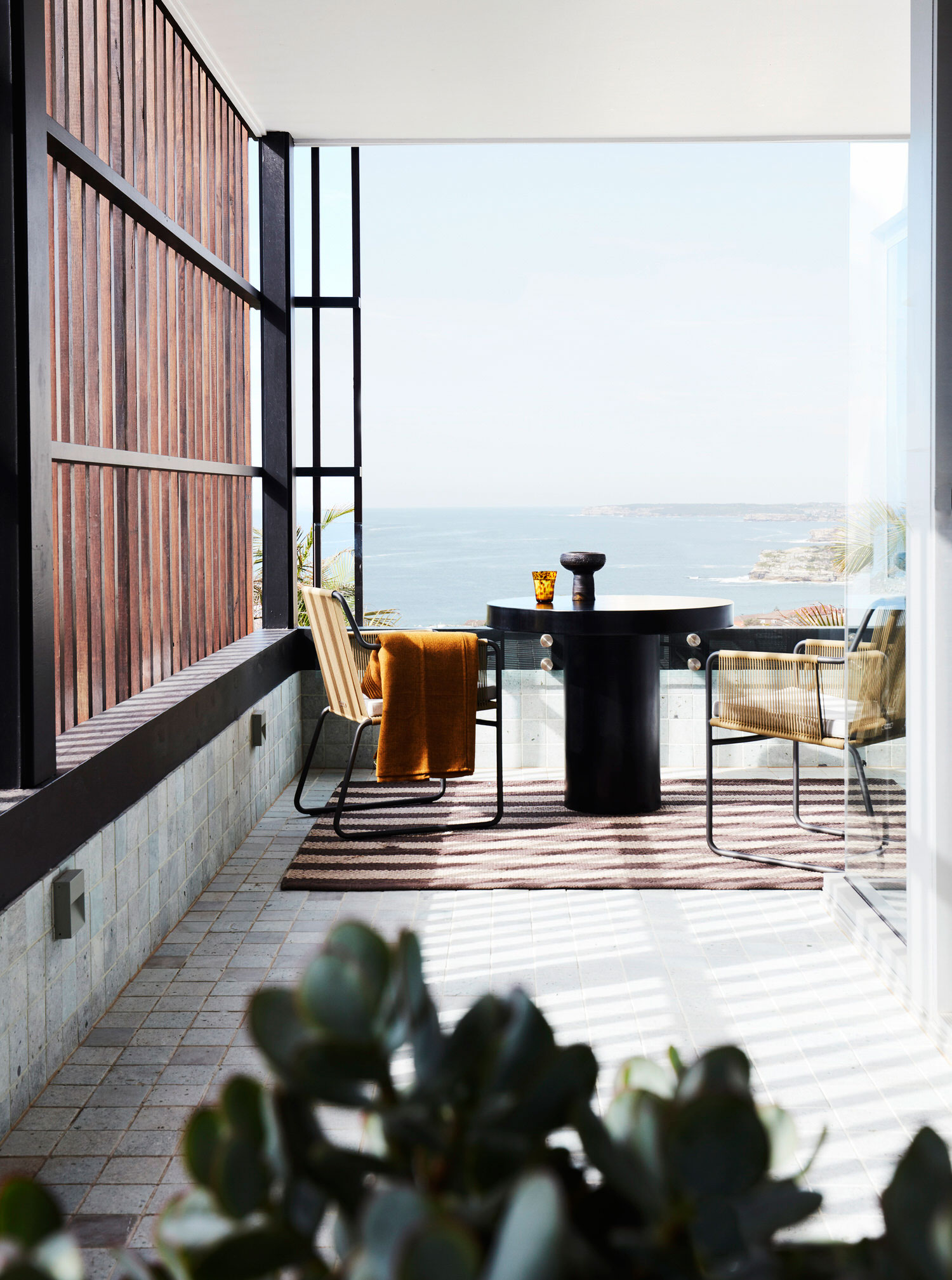 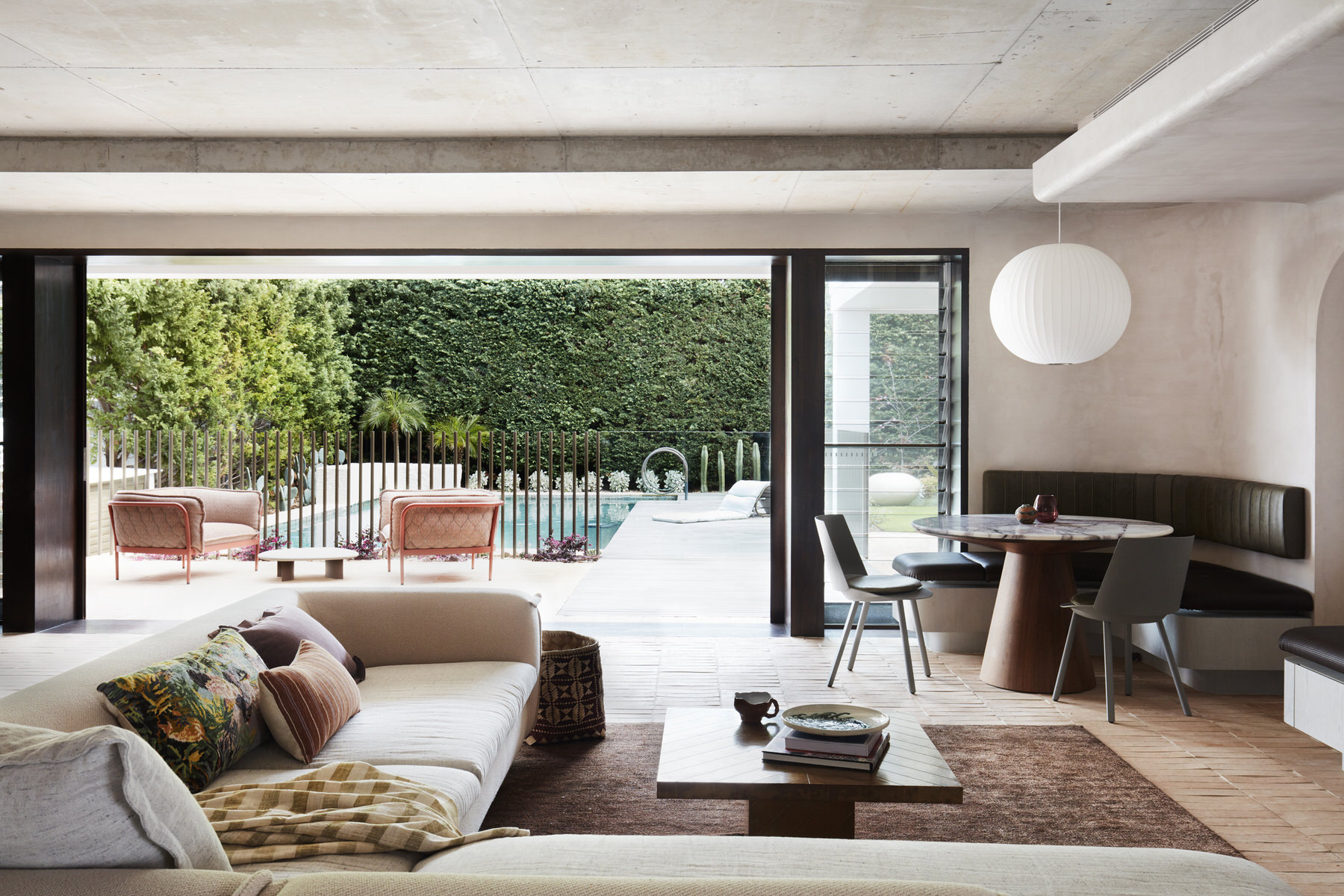 “Settings are embellished by tonal and tactile variations that delineate the neutral zones via swaths of colour and surface patinas — from the smooth sage and toffee marmorino-polished plaster walls and blushing aubergine ceilings in the formal lounge and dining areas to the nubby carpets throughout (including ribbed goat’s hair in the master bedrooms),” Saleh Ghoniem says.

“This interplay of polished and raw finishes resonates in the kitchen where the slick black panther marble of the island bench is clad in aged brass along its front surface, and sits upon the rustic tiles.” 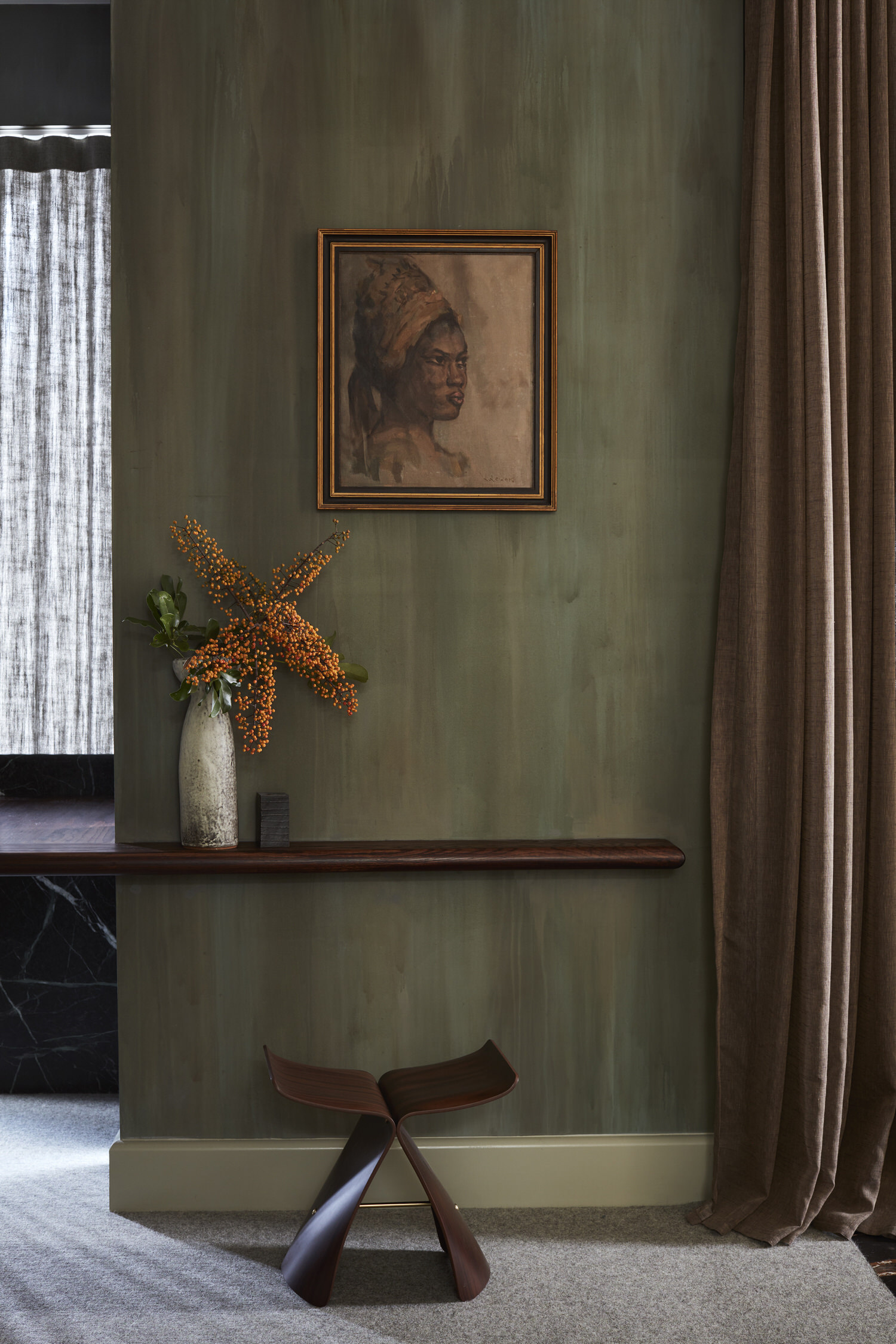 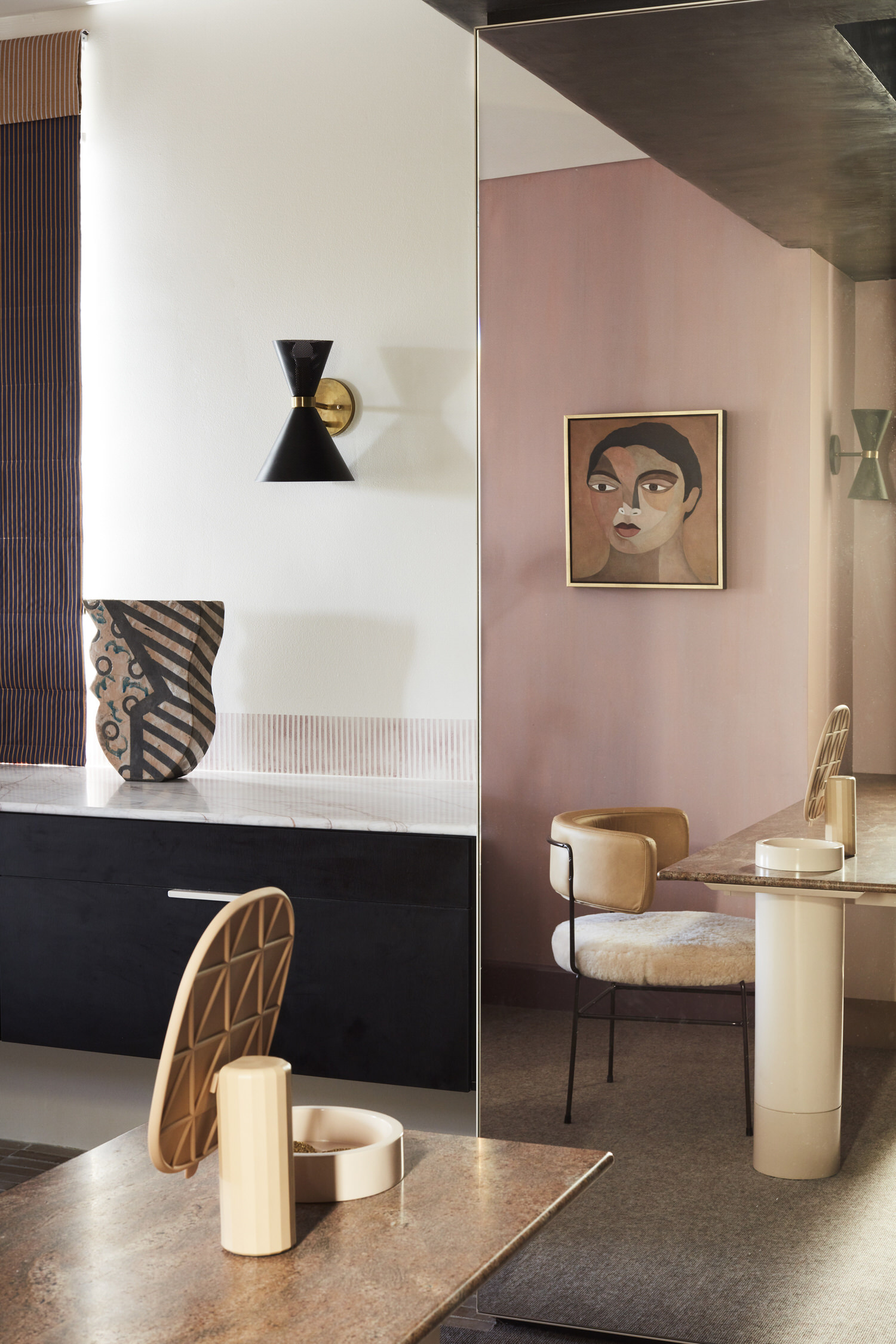 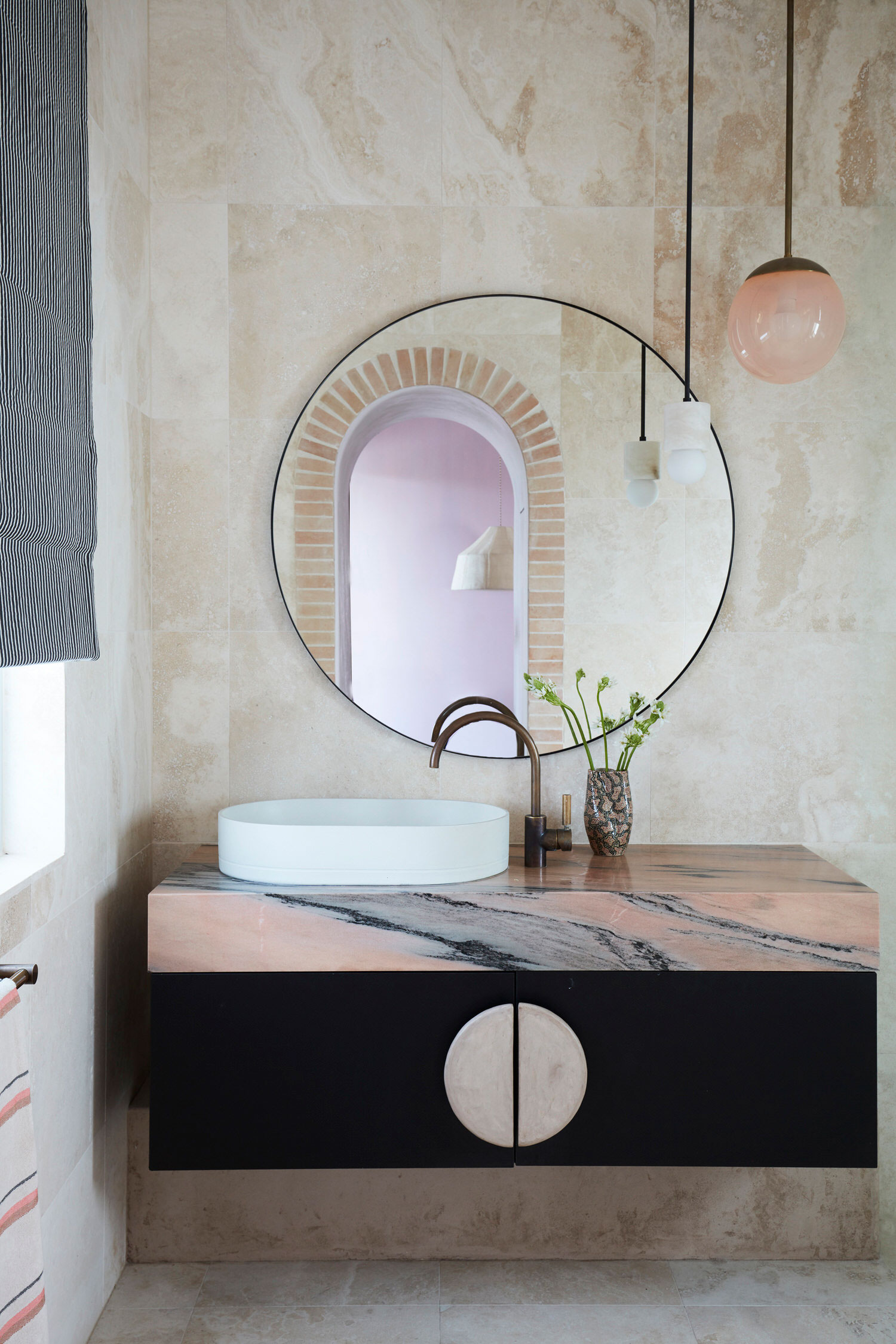 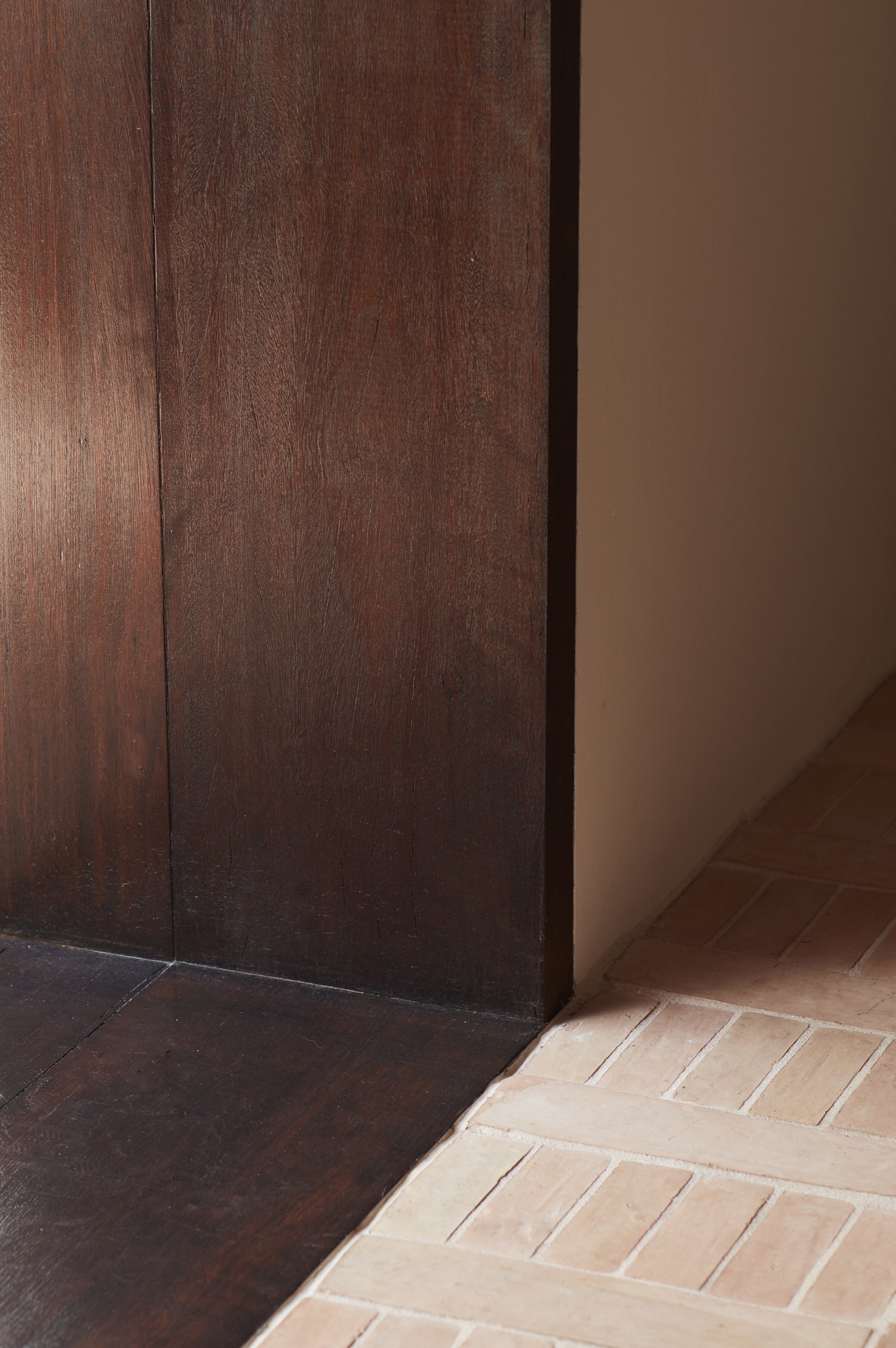 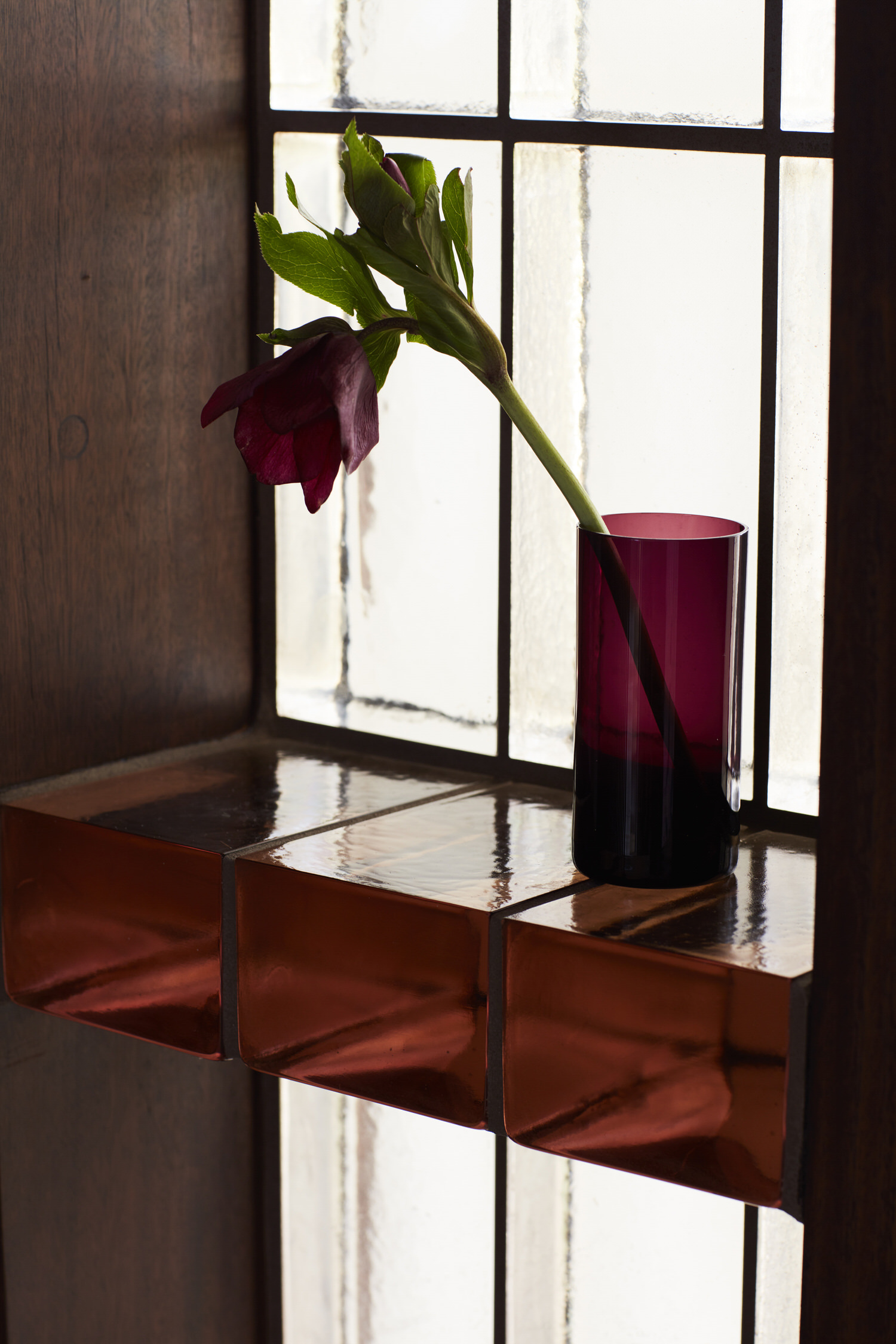 Mostly dedicated to private spaces, the upper floor comprises four of the five bedrooms, including the two master bedrooms.

The one for him is adorned with deep Eucalypt green and black marble with caramel veining in his semi-enclosed ensuite. The other, for her, is where powdery plum tones prevail; her ensuite features black joinery walls and soothing rose-shaded marble with black veining.

Carefully designed by YSG Studio to the smallest detail, this Dover Heights home is an ode to materiality with the right dose of colours and textures to make it fresh and sophisticated at the same time.