Bucharest: the Eastern European City for Creatives and Music Lovers

Bucharest is a place of fascinating contrasts. Medieval churches and monasteries stand beside Art Nouveau phenomena. Monstrous 1930s’ concrete towers overshadow delicate French Baroque, and 21st century modernity sits somewhere awkwardly between it all. For me, the streets of Bucharest are like a feast for the eyes and a rather perplexing stimulus for the mind.

It’s this architectural chaos however – highlighting years of turbulence and repression in Romania – that has formed a new sort of energy. Bursting free from the bleak memories of communist rule is a new and exciting way of thinking – and doing. 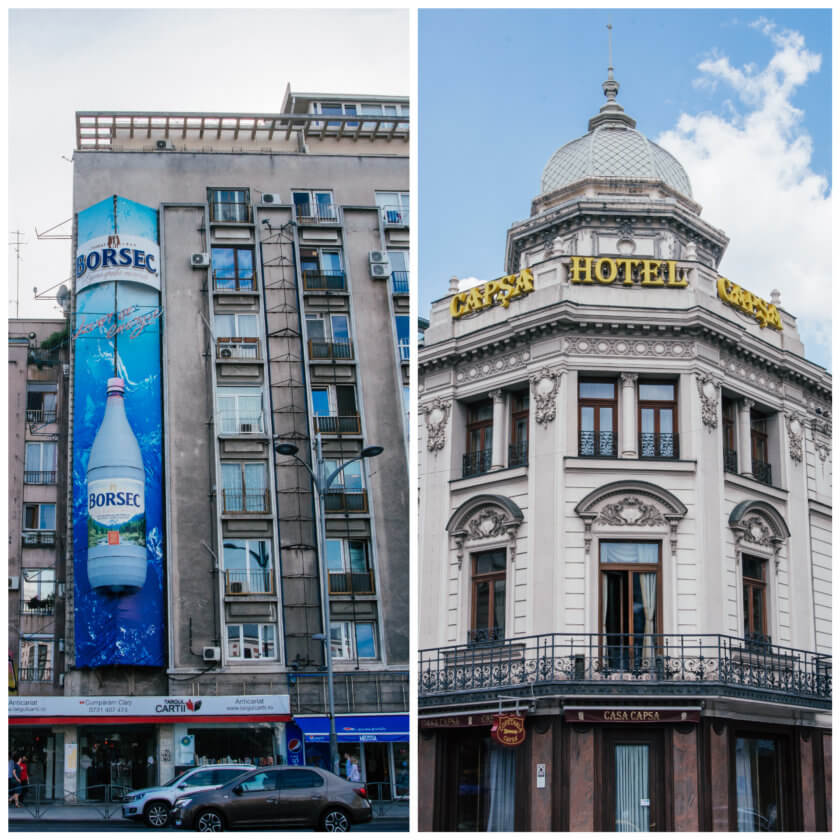 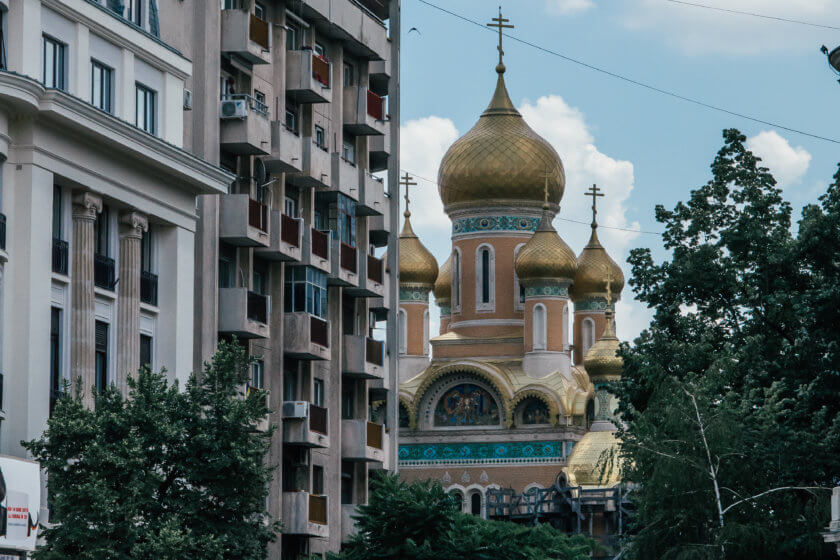 The future of Bucharest is bright. A new generation has emerged – channelling their self-expression and entrepreneurial ideas (which their parents and grandparents could not), into reinvigorating neglected pockets of the city.

This emergence of an inspired generation is no surprise either – with unique subjects like the architecture all around them, surely creativity permeates their skin and sinks into their veins as if it were by osmosis.

Although still distinctly rough around the edges, Romania’s capital, Bucharest, once known as the ‘Paris of the East’, has a refreshing and electric lease of life ready to be explored. 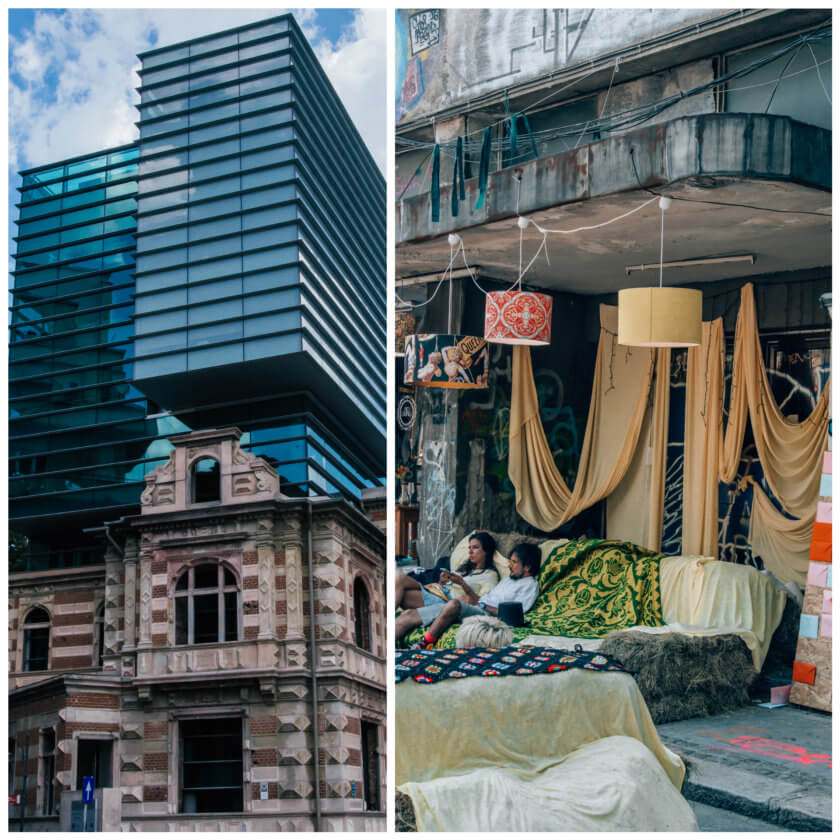 Within this mismatch of architecture and behind the somewhat crumbling facades, Bucharest’s creative and underground scene are injecting old buildings with a new lease of life. Expirat – a much loved local venue with an almost cult-like following – is one such place. Once an old factory, now you will find it as one of Bucharest’s most popular music and creative hot spots.

In June, I was lucky enough to see this venue come to life as part of the Telekom Electronic Beats Festival. Three days of partying was a good enough insight as any into just how vibrant (and hardcore) Bucharest’s electronic music scene really is. 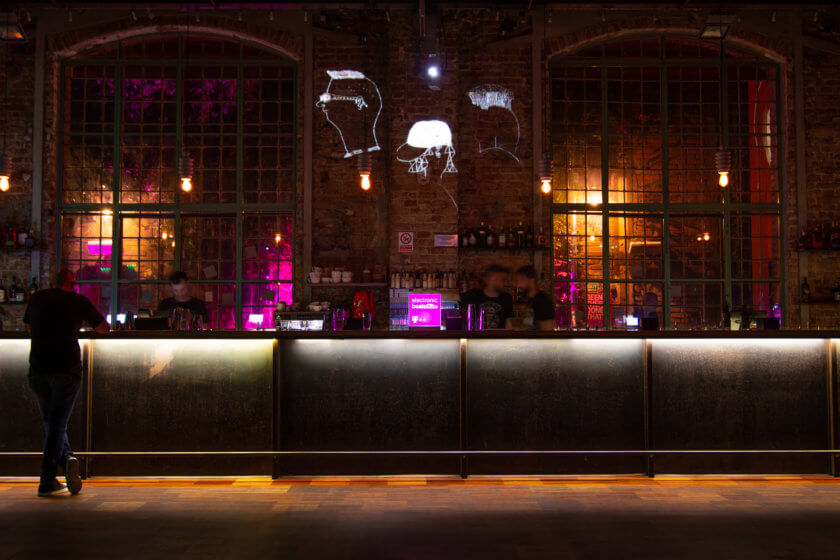 The warm up event for Electronic Beats set the bar for the rest of the festival, with the highlight for me being London-based duo IDER. With their silky synth notes, down-tempo electro beats and skin-tingling harmonies, they had us all captivated. Their lyrics are vulnerable and emotive yet there’s an undeniable underlying punch of girl power. 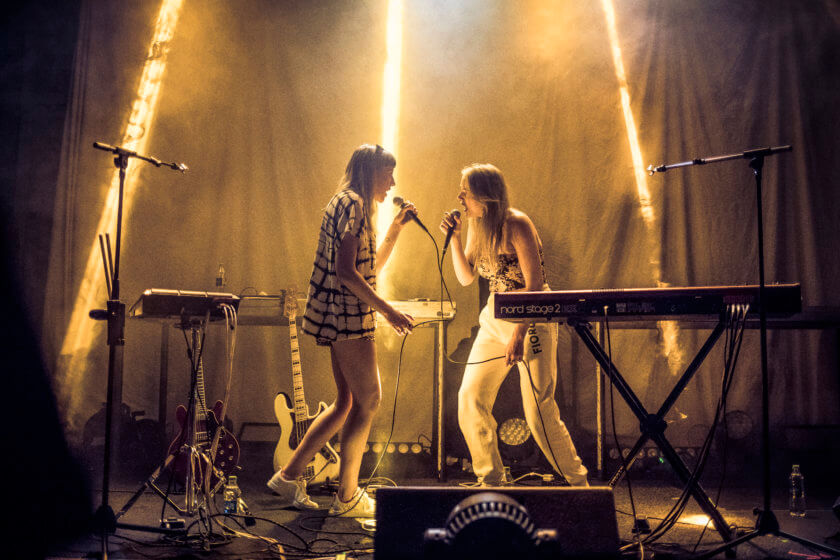 IDER were not the only female artists to shine through. On Saturday night, the awesome ‘Discwoman’ takeover, showcased a range of bad-ass female DJs from around the world. US-based artist Volvox, showed off her electro-maximalism skills with her sensual blend of raw, dense techno and dirty deep house.

The crowd were hypnotised in a dance trance the moment she touched the decks.

Always known as the wild party animal of my family, it was here I realised I couldn’t be any more far from it – looking around me, these were the real party people, and the party – at 1.30am on Sunday morning, was only just beginning.

When it comes to exploring somewhere new, it helps to have a bit of local knowledge. On Saturday afternoon (with a remarkably clear head), we recruited the help of local DJ Bobo Popesco (‘’), who showed us around and advised us on where to grab the best pre-event tipple – an especially useful insider tip.

Bogman is one of a handful of Bucharest’s hand-picked creatives who have logged their favourite spots on the new app, that allows tourists to explore the city through the eyes of a local. 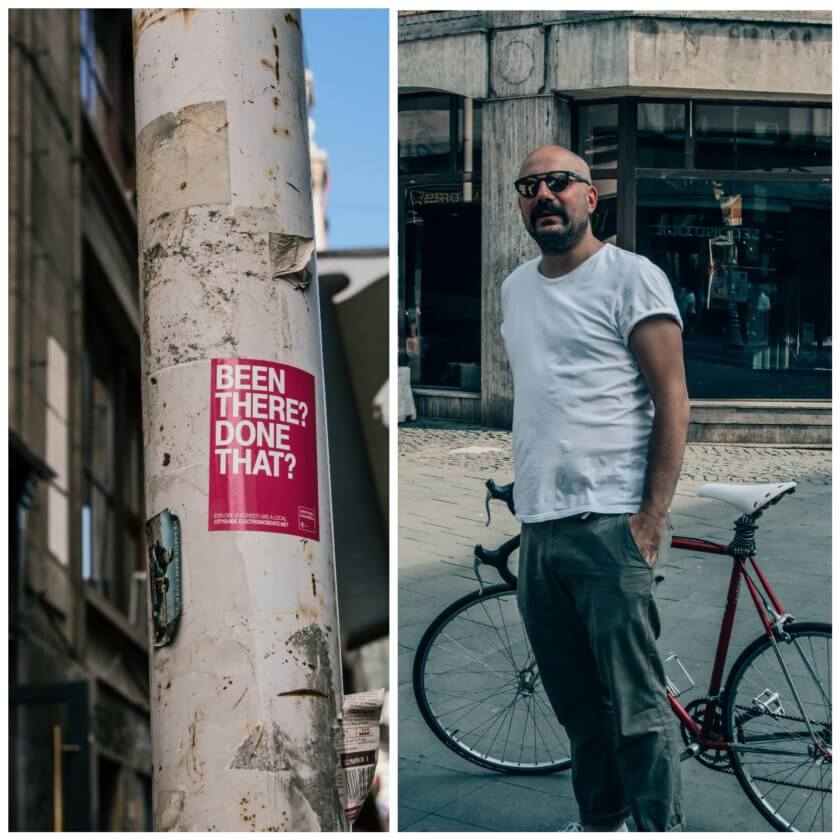 His recommended pre-drinking spot was ‘Linea – Closer to the Moon’ a restaurant and rooftop bar with impressive views over the city and across the Dâmboviţa River. The interior of the bar is light and airy, decorated with tasteful hanging vines all along the walls. Upstairs is simply a large open deck, allowing full appreciation of the cityscape backdrop. 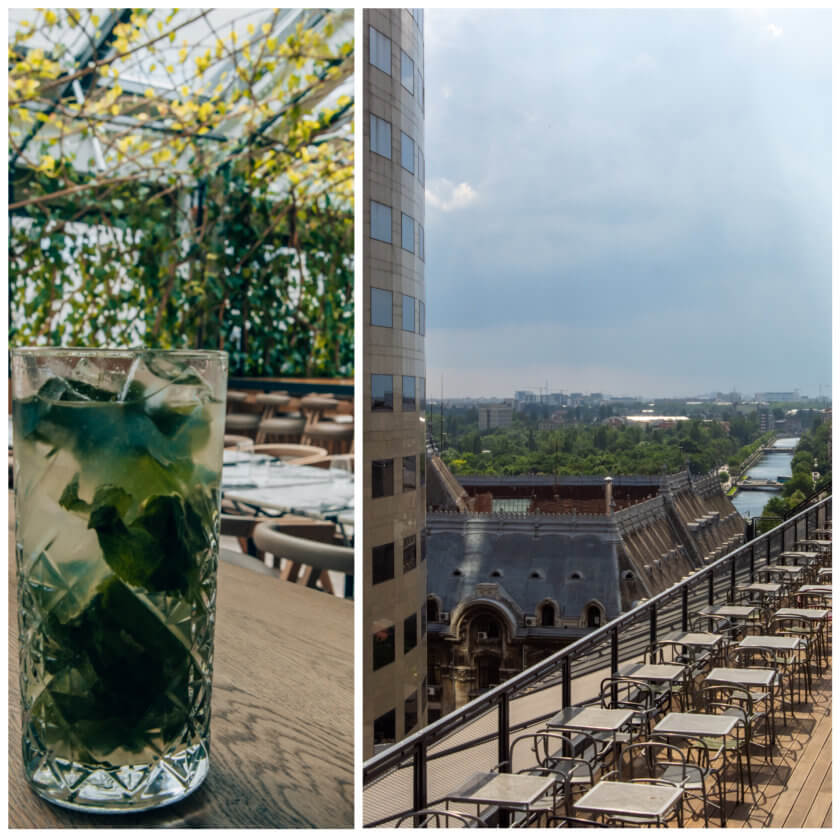 Behind every creative mind is no doubt good coffee, and Bucharest is certainly not short of hipster coffee spots. Both well-established and trendy emerging cafes can be found all over Bucharest but as any true foodie would soon discover, there are only really a handful of cafés that can do coffee particularly well here.

Origo is one of Bucharest’s latest cafés taking coffee and the barista experience to expert heights. Set in a simple, minimalistic setting, Origo lets their in-house roasted coffee shine as their feature piece. The enthusiastic barista team are all too happy to explain the various coffee blends to you, ensuring you pick something suited to your preferences and taste buds. Come nightfall, the coffee shop transforms to a chic cocktail-come-wine bar. 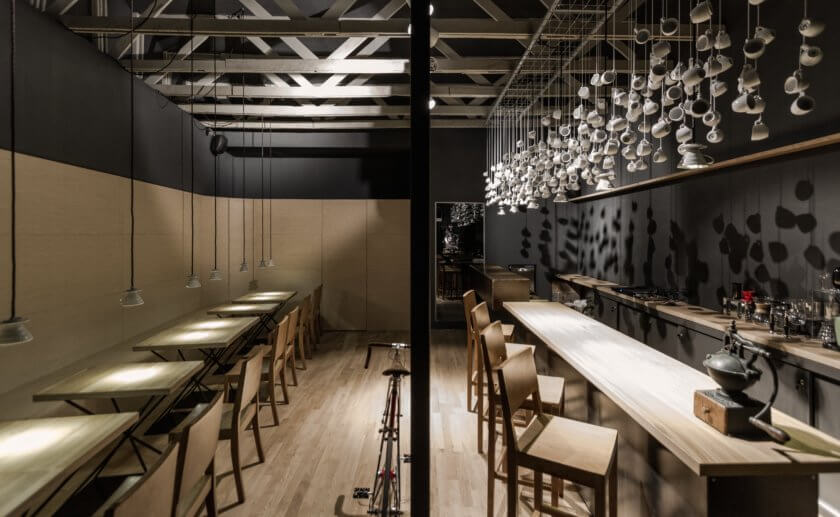 Pioneers in bridging the gap between art, creative spaces and coffee are Artichoke, a café that regularly hosts photography exhibitions for their customers. They aim to create a visual space to foster creativity and social interactions. The food is somewhat too basic here though, but the London speciality coffee and Transylvania foraged herbal teas are certainly something to talk about.

Regeneration Nation: A Unique Place in Bucharest You Need to See

Despite the fact much of the bulldoze-surviving Old Town urgently requires some TLC, recent regeneration projects have seen to the careful development of a handful of fantastic buildings.

The Cărtureşti Carusel Bookshop is one of these new community projects that really needs to be seen to be believed. Once a monument, it is now a light-flooded, 6 storey bookworm’s paradise.

Cărtureşti Carusel is the perfect example of how original character and features can be retained, (and in fact accentuated) whilst simultaneously being regentrified for a modern audience. Fairytale-like staircases sweep up towards the seemingly endless ceiling. Romantic curved and wrought iron balconies compliment towering whitewashed columns. It is a magical masterpiece.

If I were a book, I couldn’t think of a more beautiful place I’d rather be.

Food Fuel: Healthy Eateries You Need to Visit in Bucharest

For tasty natural fuel before a day of exploring Bucharest’s day or night scene, Energiea restaurant, just along the same road as Origo Coffee, is a must visit. On a warm day, sit outside on the street to bask in the sun, or cool off in the shade of the trees with a refreshing (and extremely pretty) home-made rose lemonade.

To enjoy everything Energiea has to offer, order a mix of appetisers to have tapas-style. The lentil and buckwheat patties with a tzatziki dressing and cucumber and radish salad, was the group favourite, closely followed by the baked purple carrot and feta. 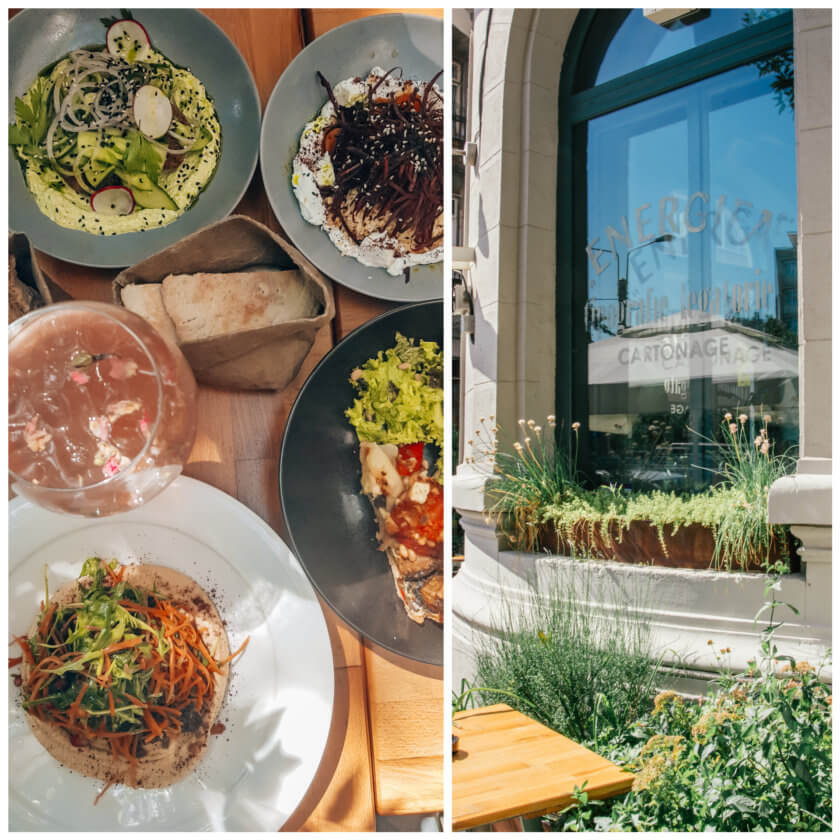 For a more brunch-style meal, head to Trofic, a very small cafe with a central European-influenced menu orientated around naturally good foods. The poached eggs with sourdough and asparagus are a popular dish, but for me, their baked cheesecake with fresh strawberries for dessert was the true winner.

Speaking of desserts, creative patisserie and specialist sweet-treat shops have popped up all over Bucharest, emerging alongside the ‘modern Romanian’ food movement that has abruptly surfaced over the past 10 years or so.

Mara Mura, is one such cute cafe and patisserie worth visiting for an afternoon pick-me-up during your exploration of the Old Town. Their cakes are best enjoyed outside on the pretty, intimate terrace whilst absorbing the quaint views across the cobbled streets.

For the best gelato in Bucharest (that I found just as good as some I’ve had in Italy), head to Cremeria Emelia located on Strada Franceza. Their pistachio and chocoltella flavours are surely what dreams are made of. 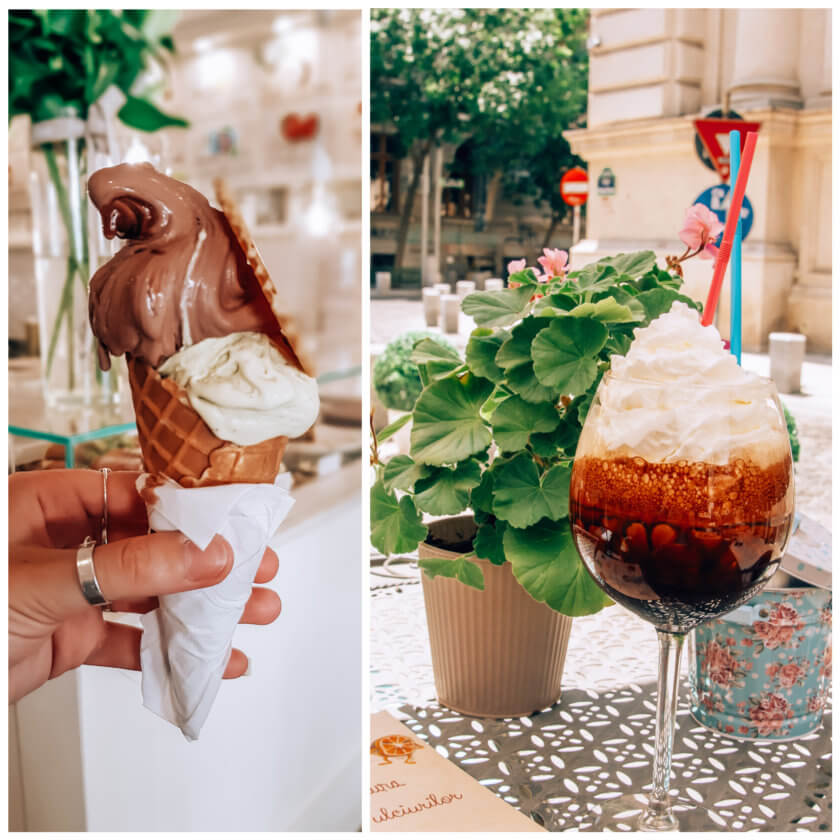 Bucharest is in the midst of an economic and cultural boom. Their music scene is close to rivalling Berlin’s and their culinary creativity is slowly putting them on the world food map.

If there’s ever a time to visit Bucharest – it’s now.

* This trip to Romania and my attendance at the festival was sponsored by Telekom Electronic Beats. All opinions, including from the event and my city recommendations, are however still my own. *