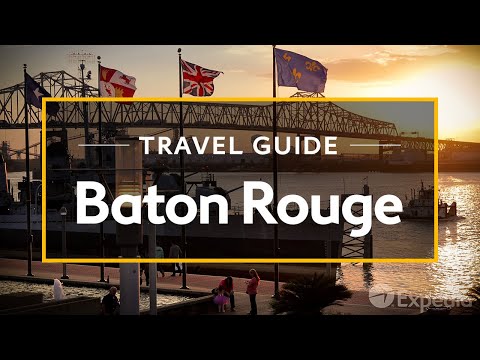 Baton Rouge lies along the banks of the legendary Mississippi in southeast Louisiana. It is the state’s capital, famous for its sports-mad universities, its cultural fusion and of course, its laid-back southern charm.

Larger-than-life legends of politics, music and sport weave their way through the pages of Baton Rouge’s storied past. From the days when a red stick (or Baton Rouge) marked the boundary between native tribes, to its subsequent administration by France, Britain and Spain, transformation has been built into the DNA of this city. In 1846, a stroke of the pen made it the Louisiana State Capital – providing a moral alternative to what was then considered “sinful” New Orleans.

“Throw off the bowlines. Sail away from the safe harbor. Catch the trade winds in your sails. Explore. Dream. Discover.”

And there is no better place the catch the trade winds in your sails than Baton Rouge.