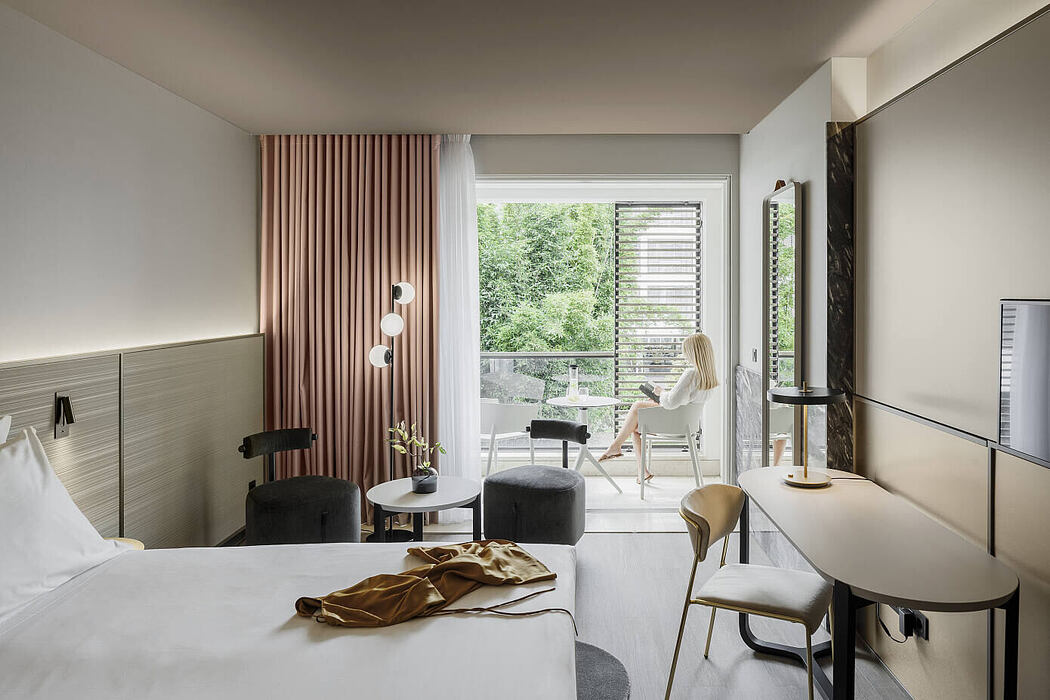 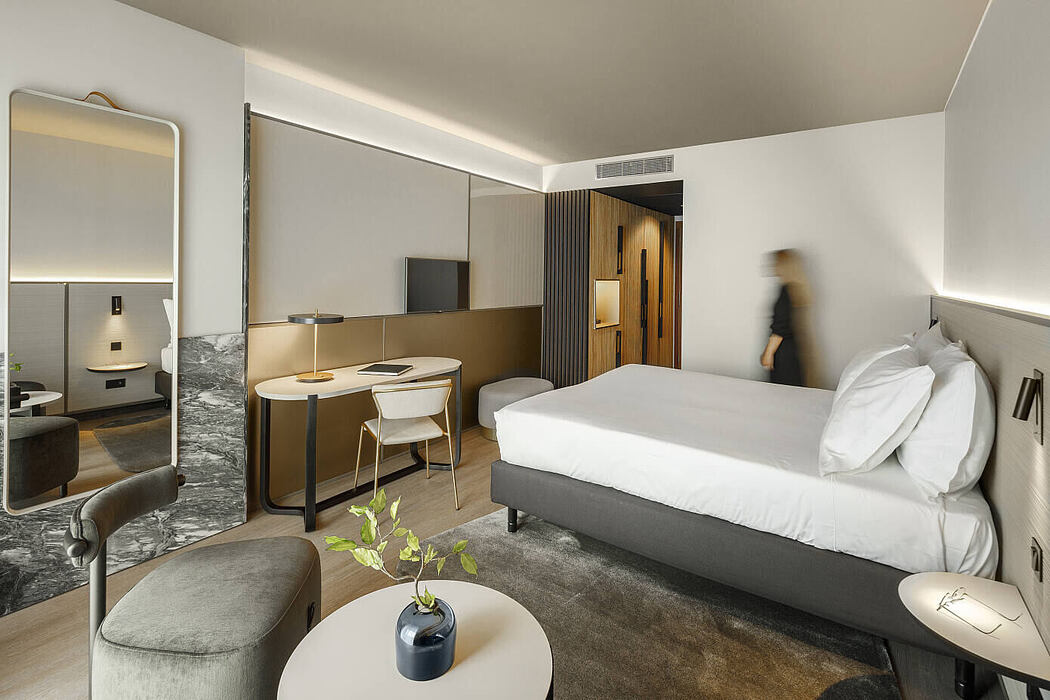 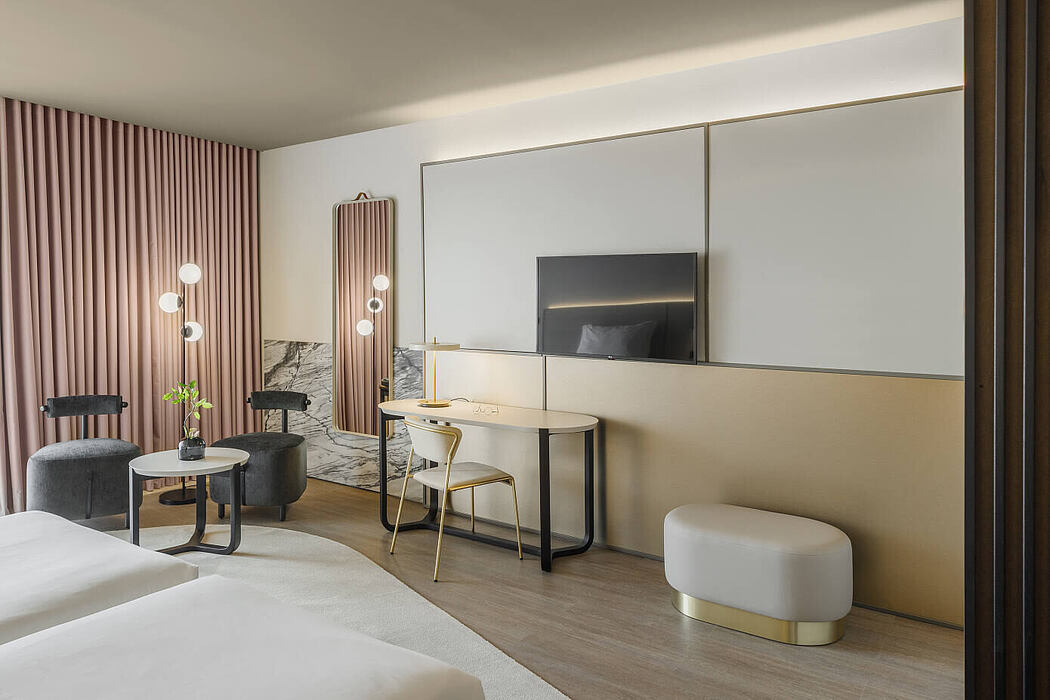 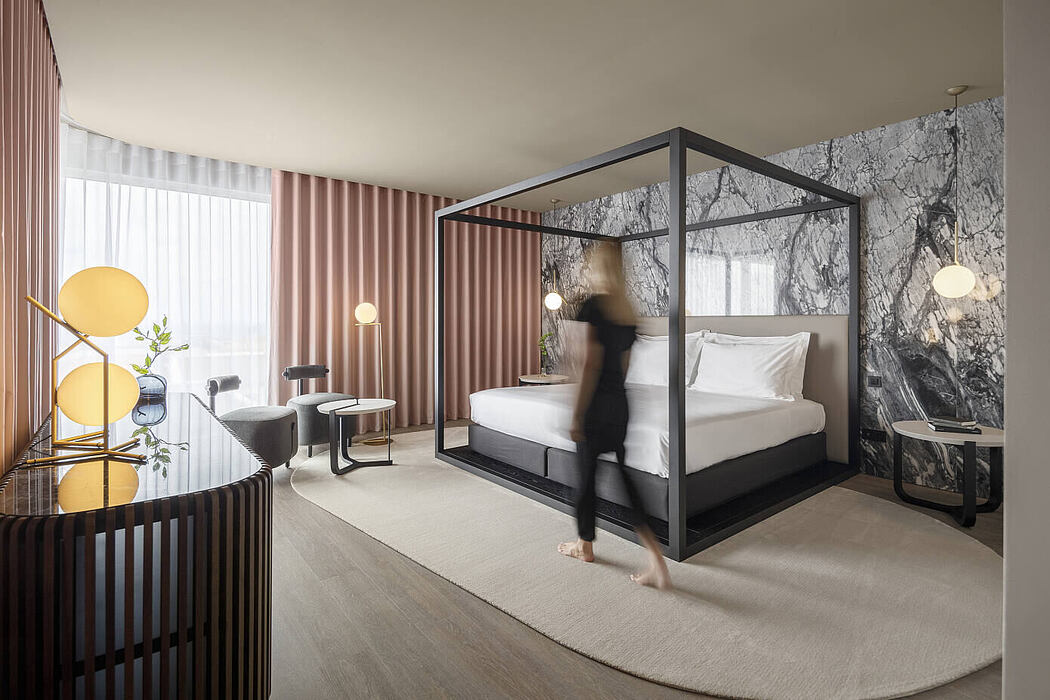 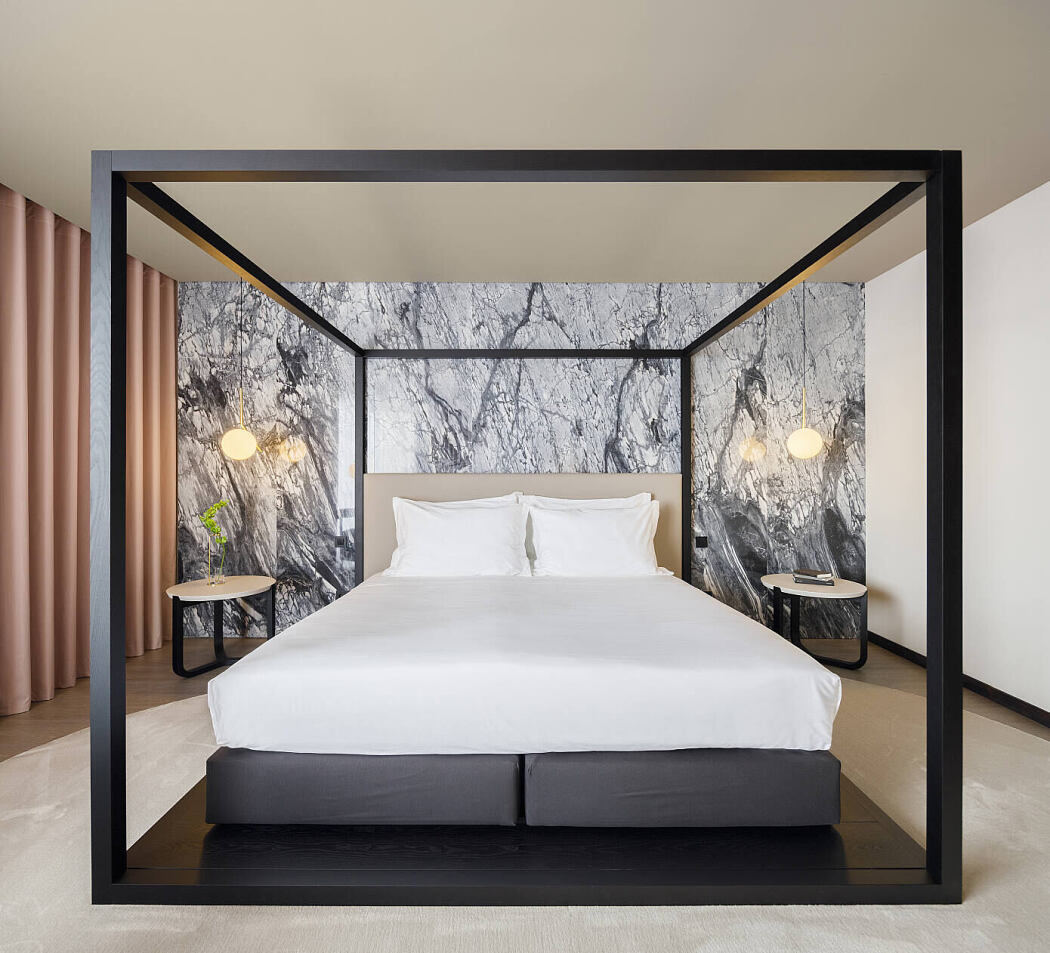 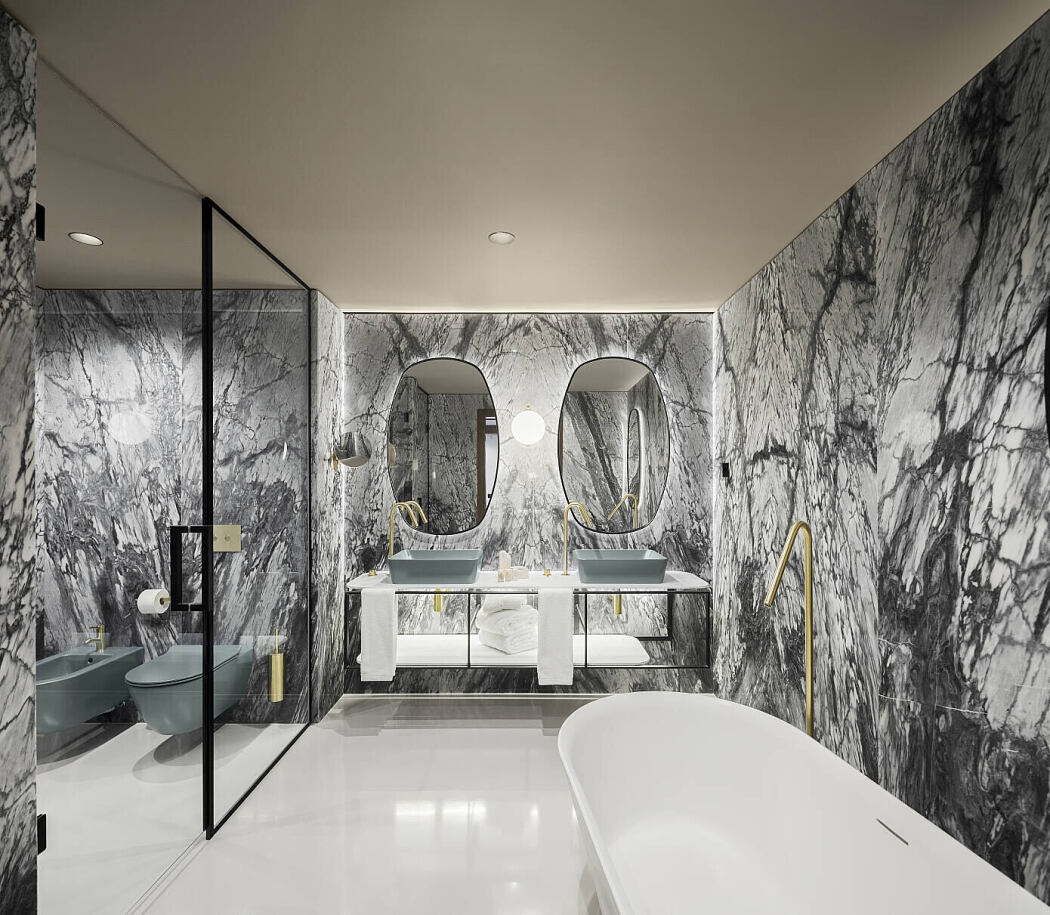 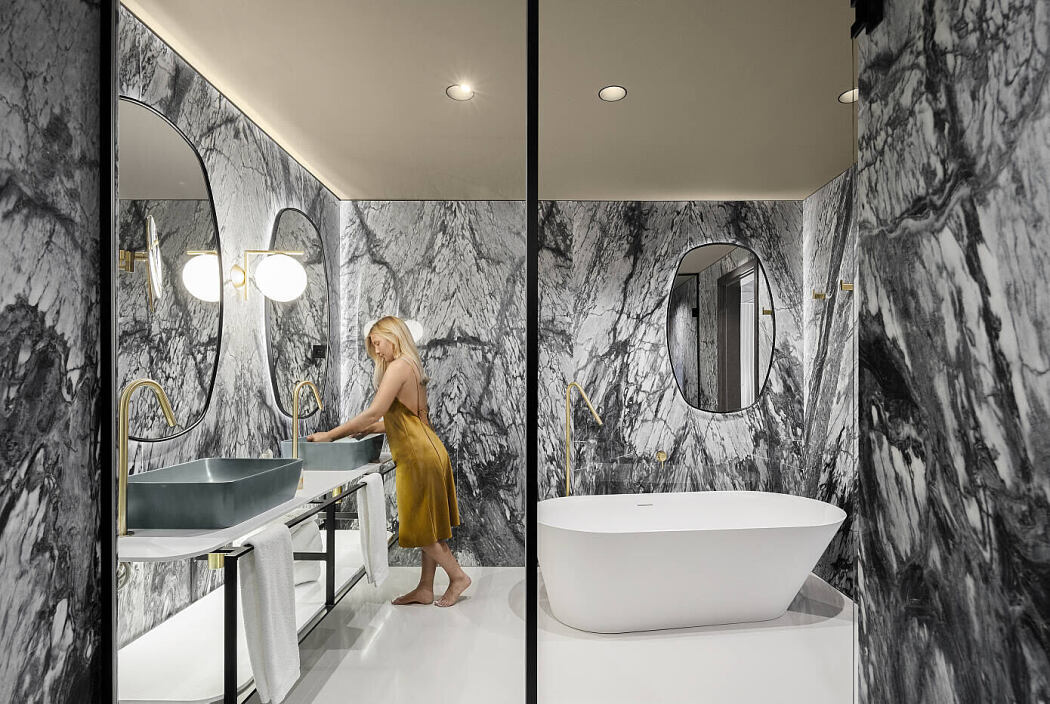 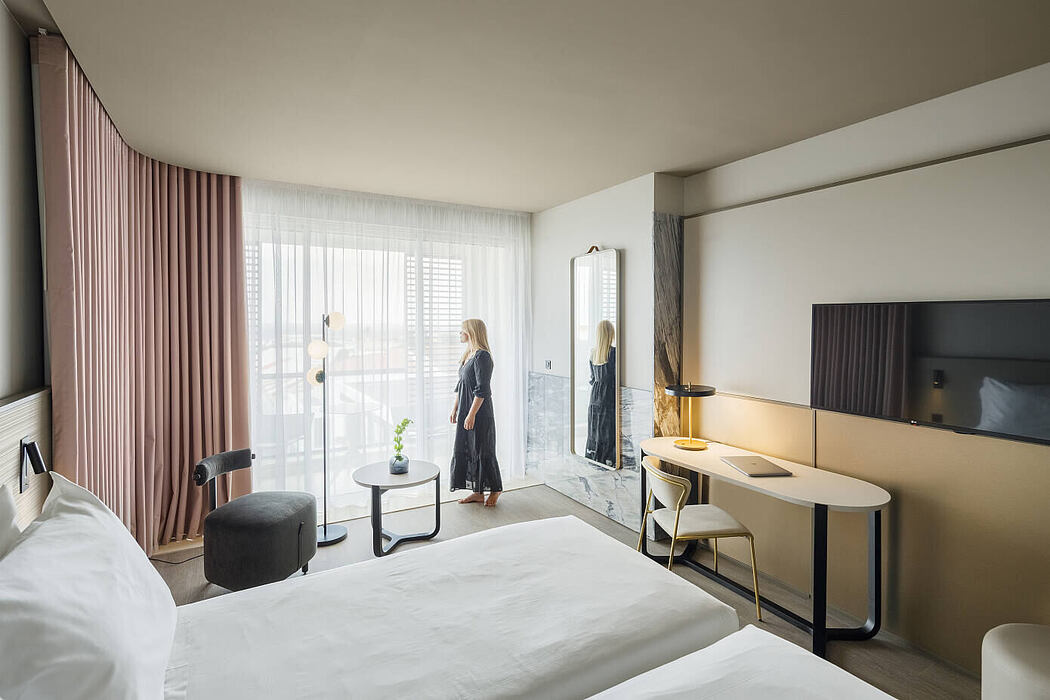 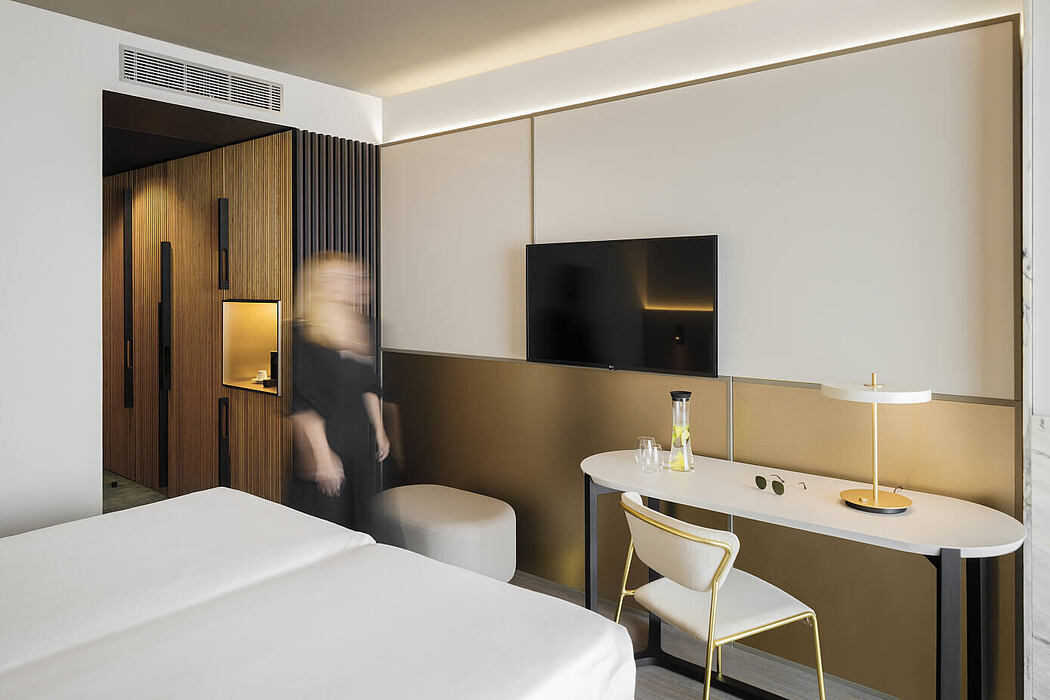 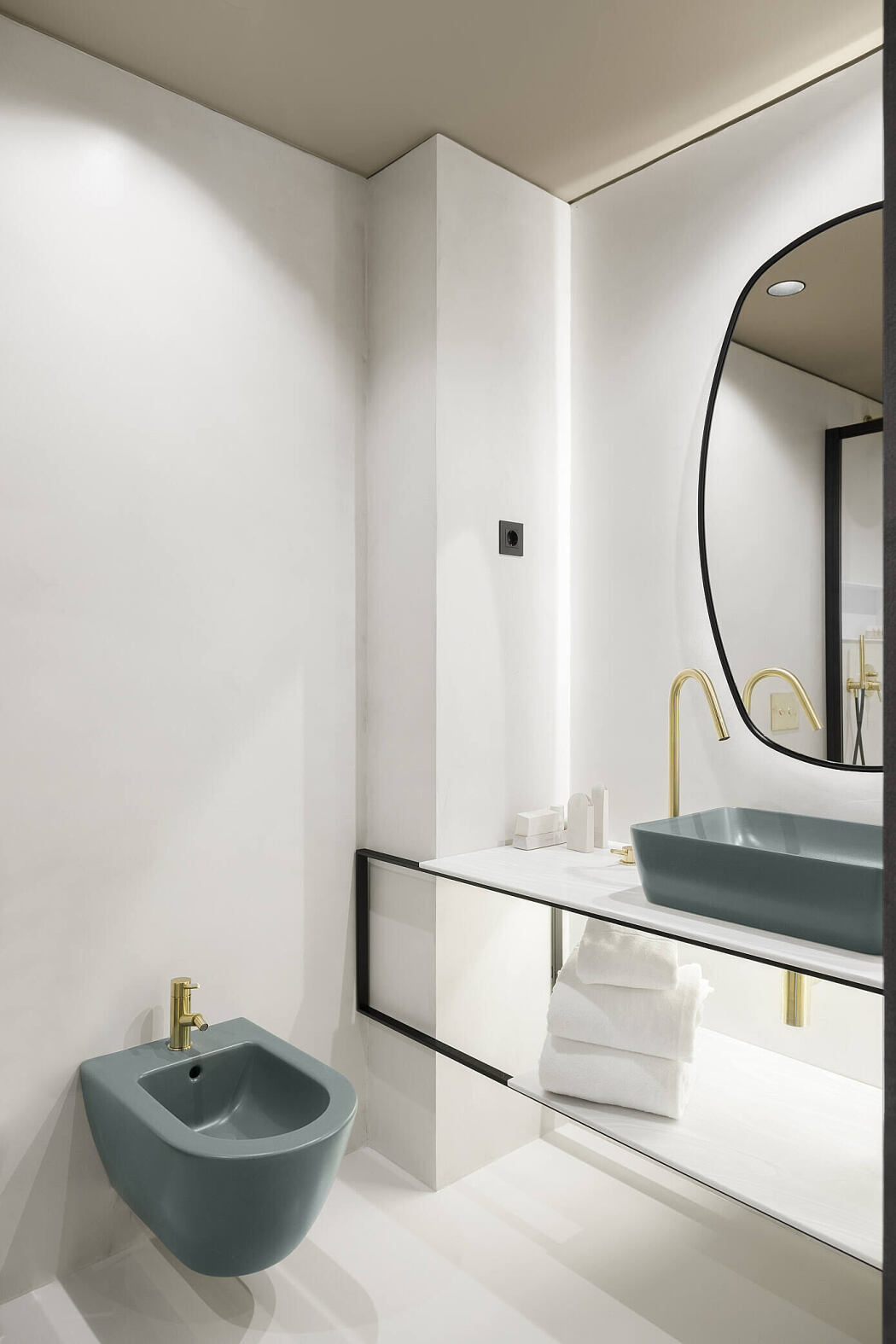 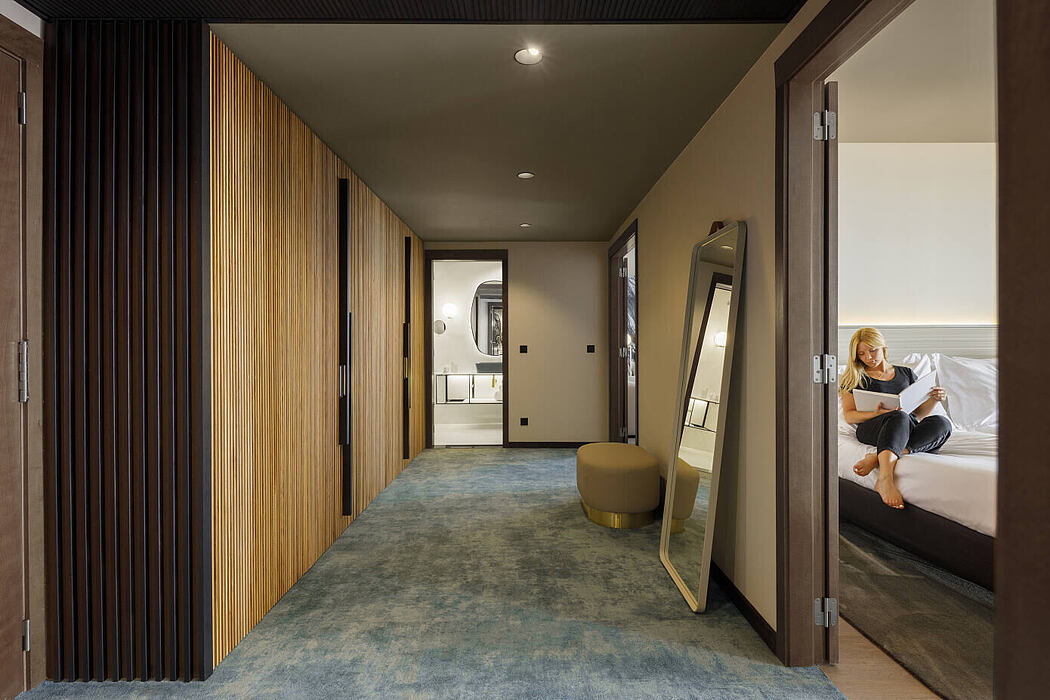 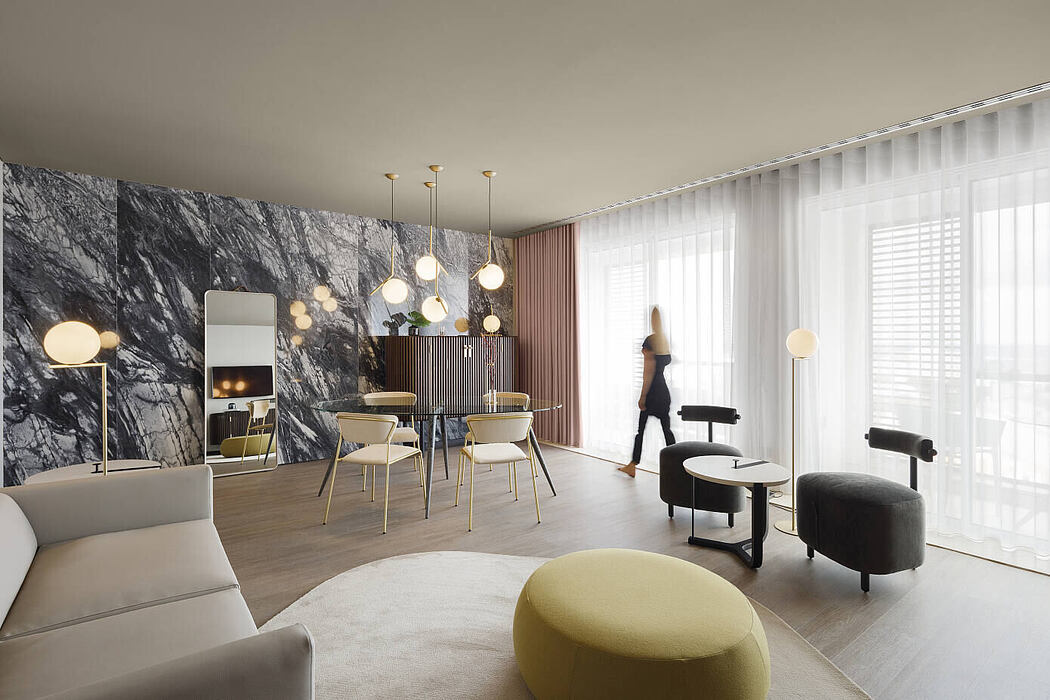 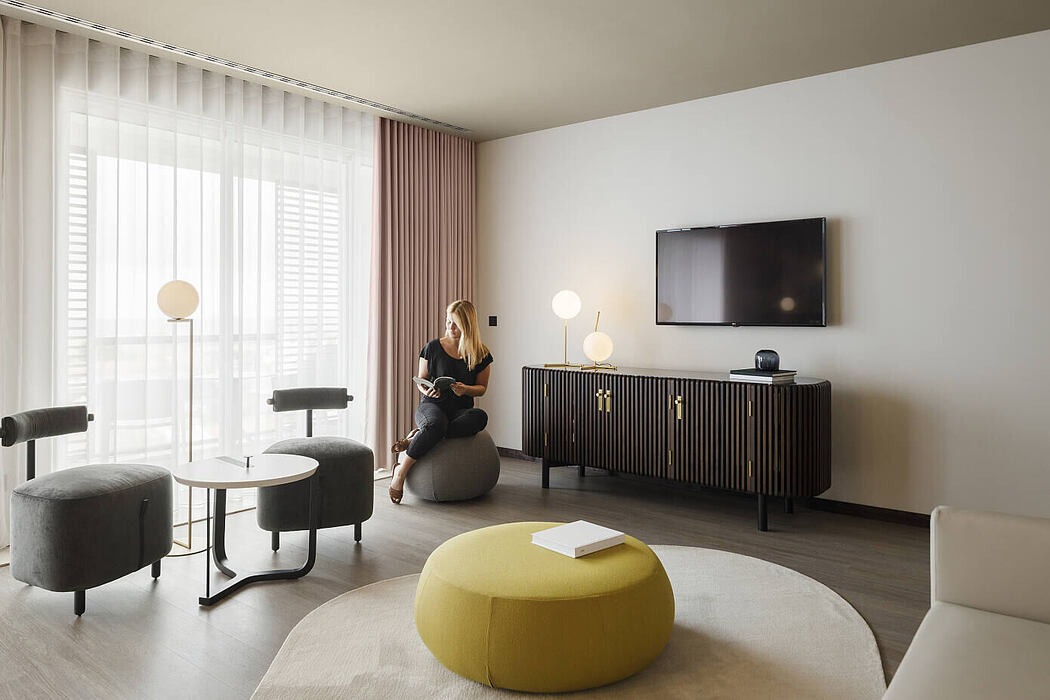 The project approach to the remodeling accommodation units, is based on two remarkable pre-existing principles.

It is a building marked by its strong connection to the Japanese garden, developing around it, in a traditional central garden environment. The architecture that designs it, is a pragmatic exercise, very organized and formally within a reticulated pattern of contained dimensioning, in regular metrics.

The Tatami is the element that translates and contains these principles, therefore elected as the principle that generates the concept of intervention. Not only for its dimensional character, but also for its regulatory form, this was the “leitmotiv”, for the lexicon used as a support for scale and space proportion of the rooms.

Using natural materials made sense, according to the interpretation of the environment generated by that garden. Stone, steel and wood, recreate the room element, in a unifying context of the building, in its past, present and the idea of ​​future development.

Several typologies were explored, capable of differentiating similar spaces from one another, in an interesting relation of the unit variants, giving diversity in the modulation.