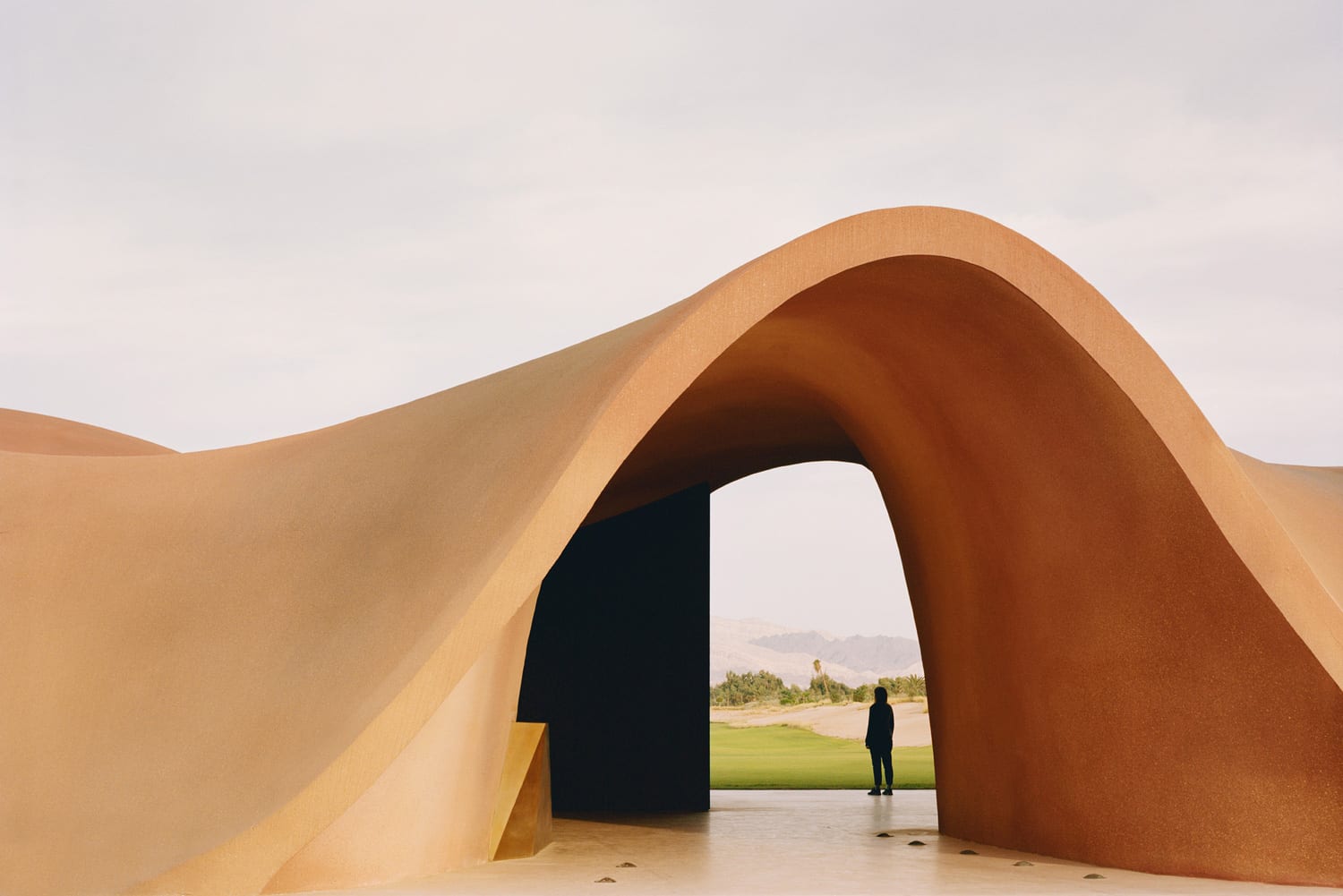 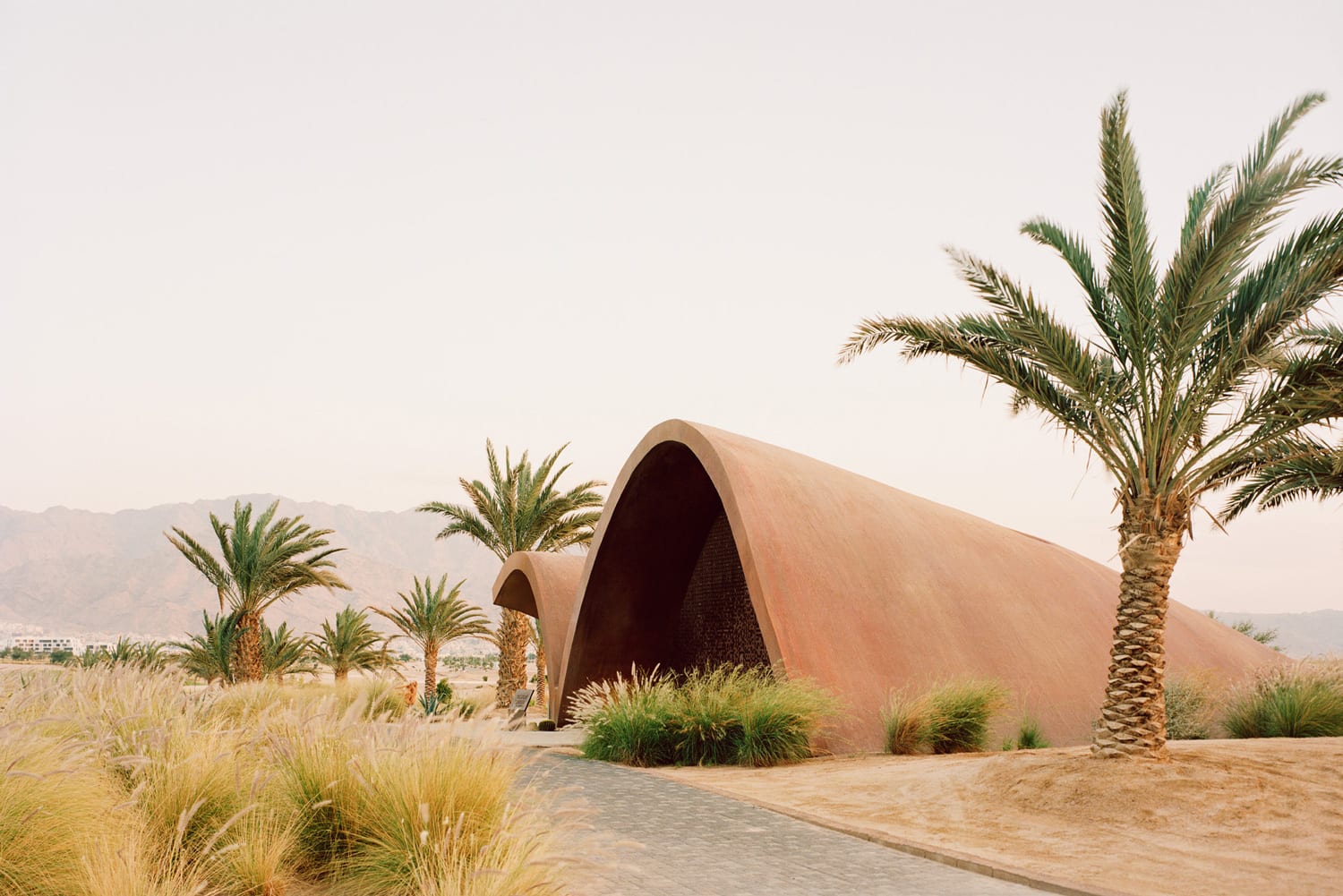 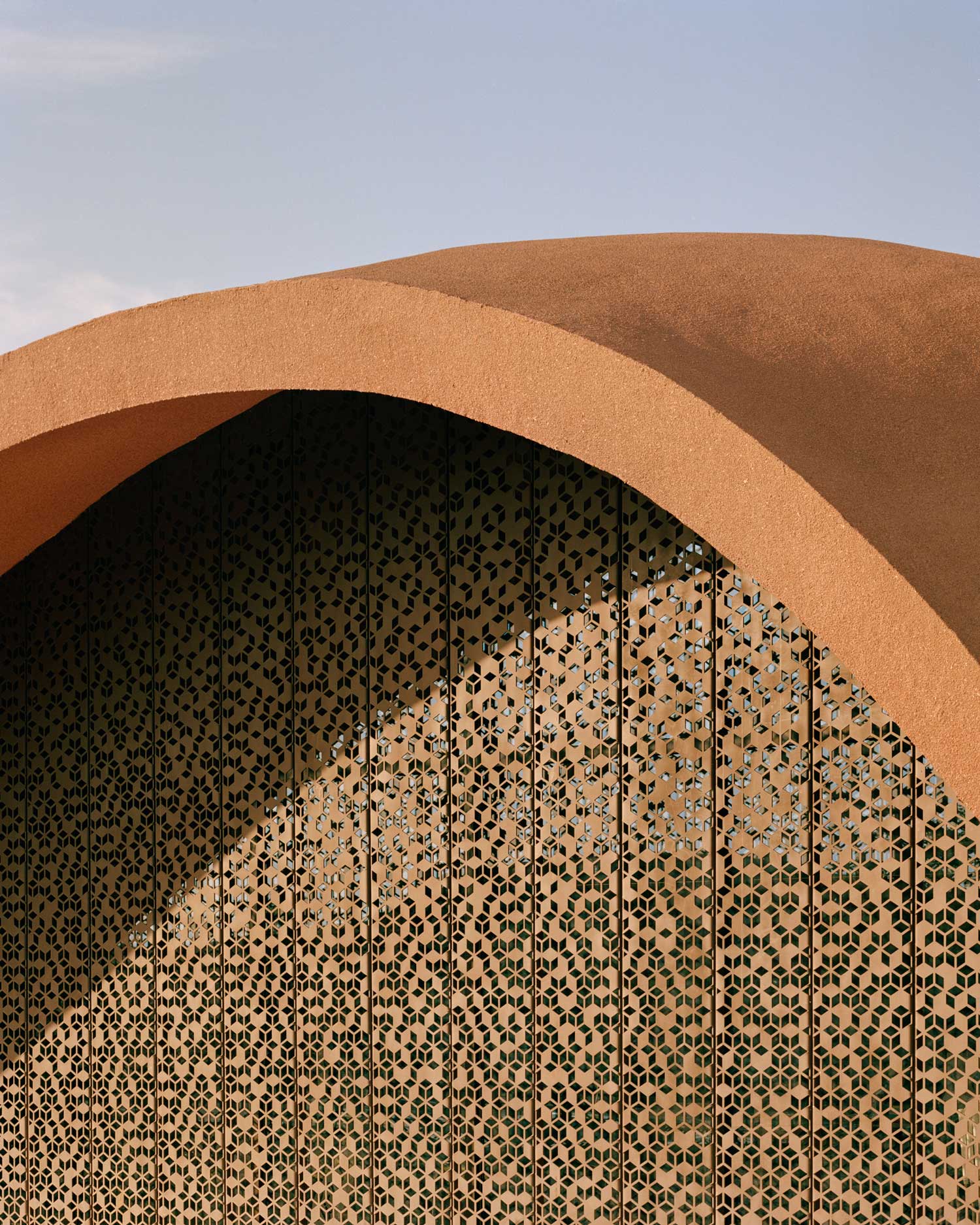 Miami-based has designed an incredibly cool, curvaceous clubhouse for the Greg Norman-designed Ayla golf course in the ancient city of Aqaba, Jordan, taking inspiration from the surrounding desert landscape. The 3,200 sqm building is phase one of a multi-faceted leisure destination planned for the 10,880-acre site.

Concrete waves emulate the rolling dunes and mountains of the Jordanian desert, forming an expansive shell that dictates spatial distribution. Oppenheim taught local workers the specialized ‘shotcrete’ technique of spraying concrete, so that they could take ownership of the project and take away a new skill. The entire building is essentially made by hand, deepening the ties to the land and the community. A local artist applied a traditional pigmentation technique to the interior surfaces, giving a raw and unadorned look that stays true to the desert context. 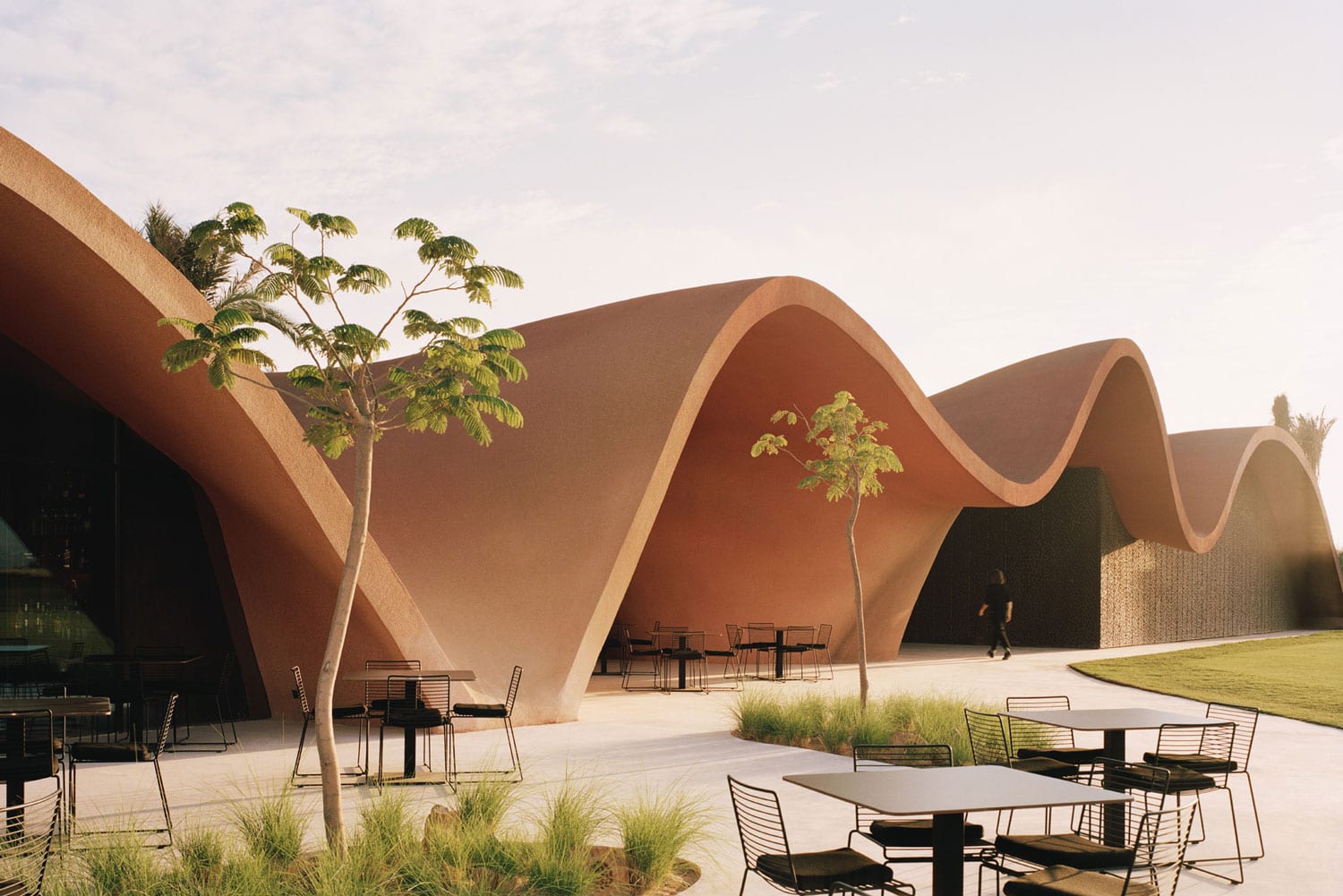 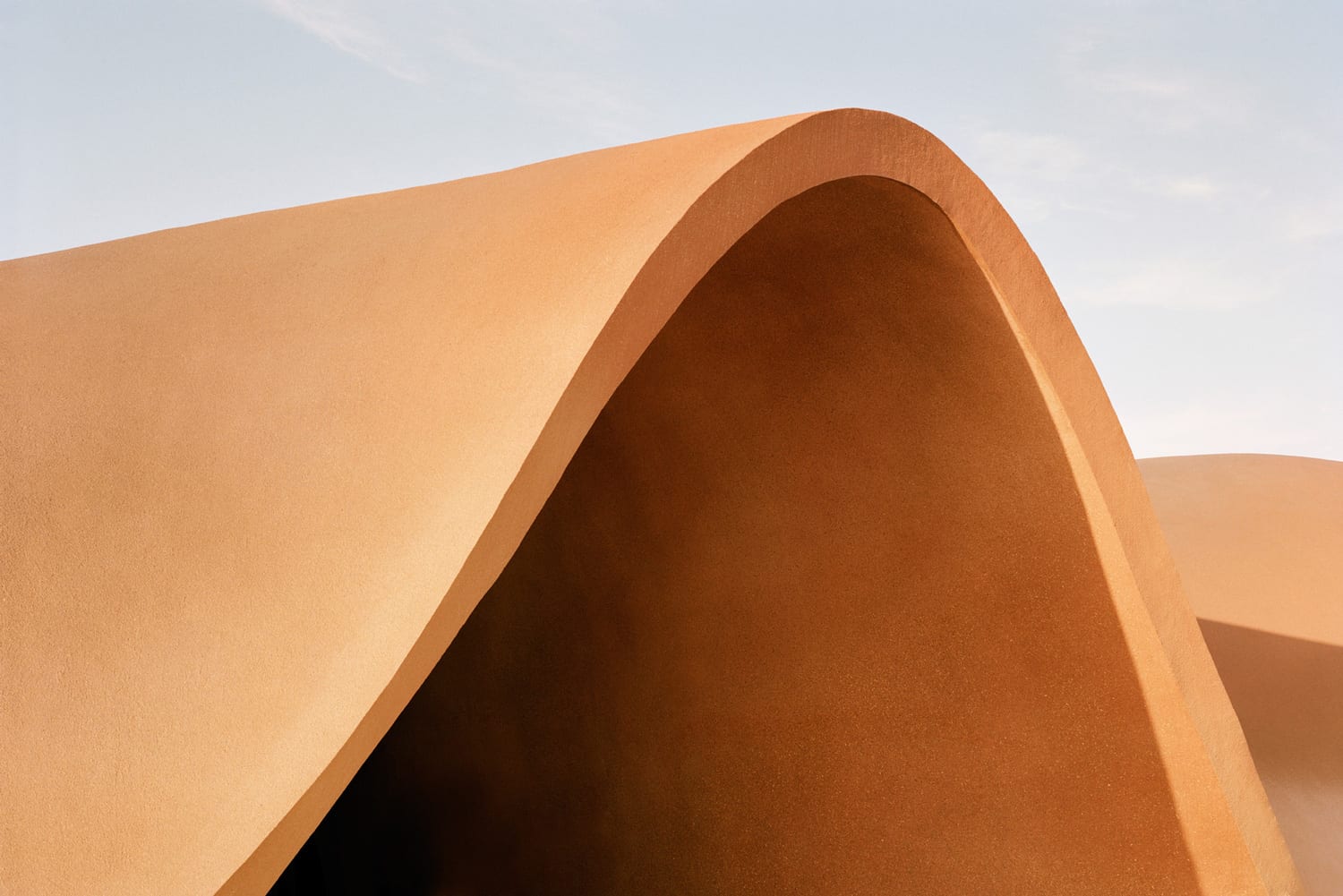 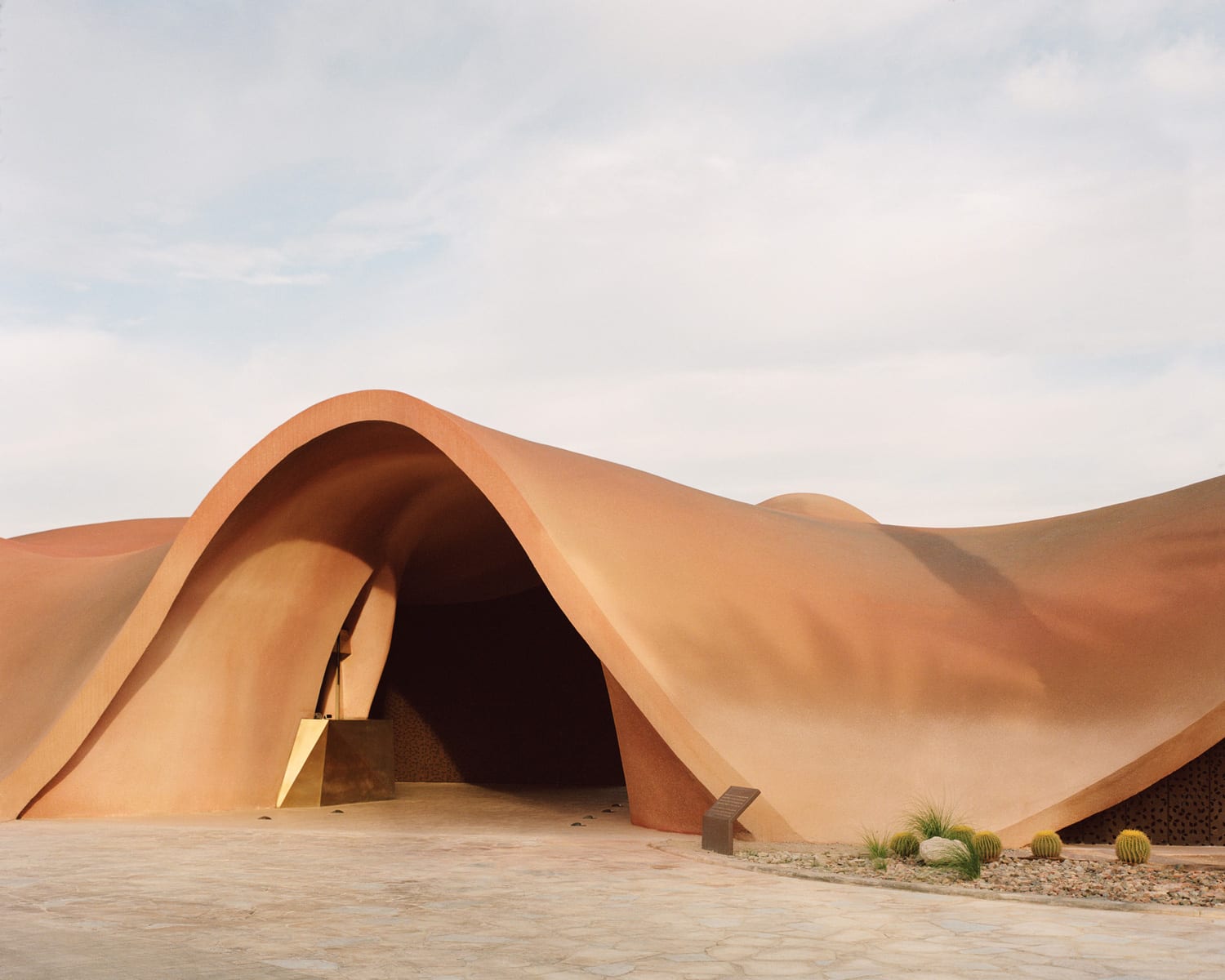 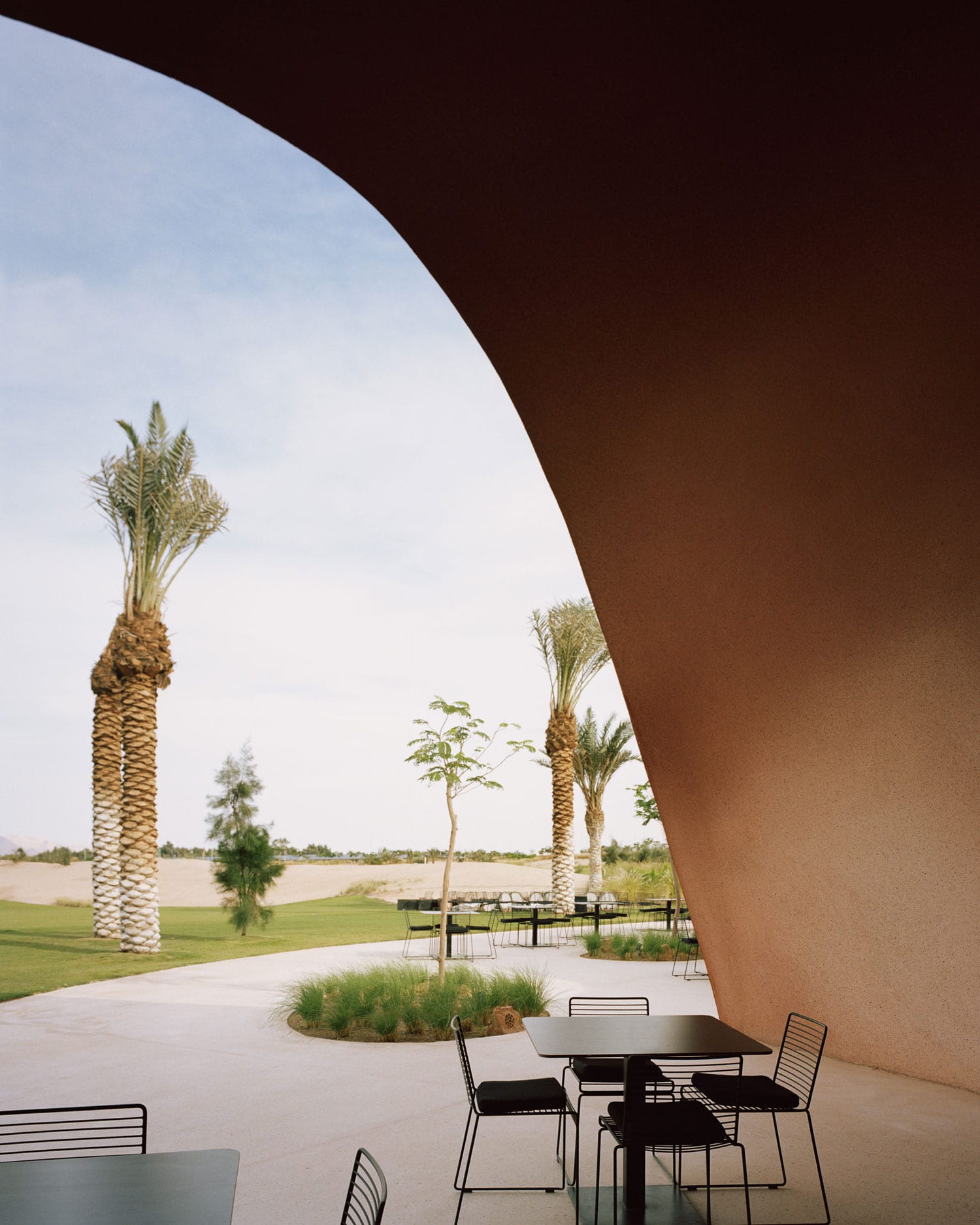 As well as sand dunes, the undulating curves evoke those of a Bedouin tent – the club could almost be a large-scale, permanent version of a traditional camp. The curved openings frame vistas of the surrounding mountains and golf course, blending in with the sun kissed landscape rather than standing out as a manmade structure the way in which conventional walls would.

Steel screens perforated with Jordanian triangular patterns allow natural light to filter through without compromising privacy, inspired by traditional Arabic ‘Mashrabiya’ screens. The rust tones of the steel and shot concrete domes reflect the orange-golden hues of the mountains. 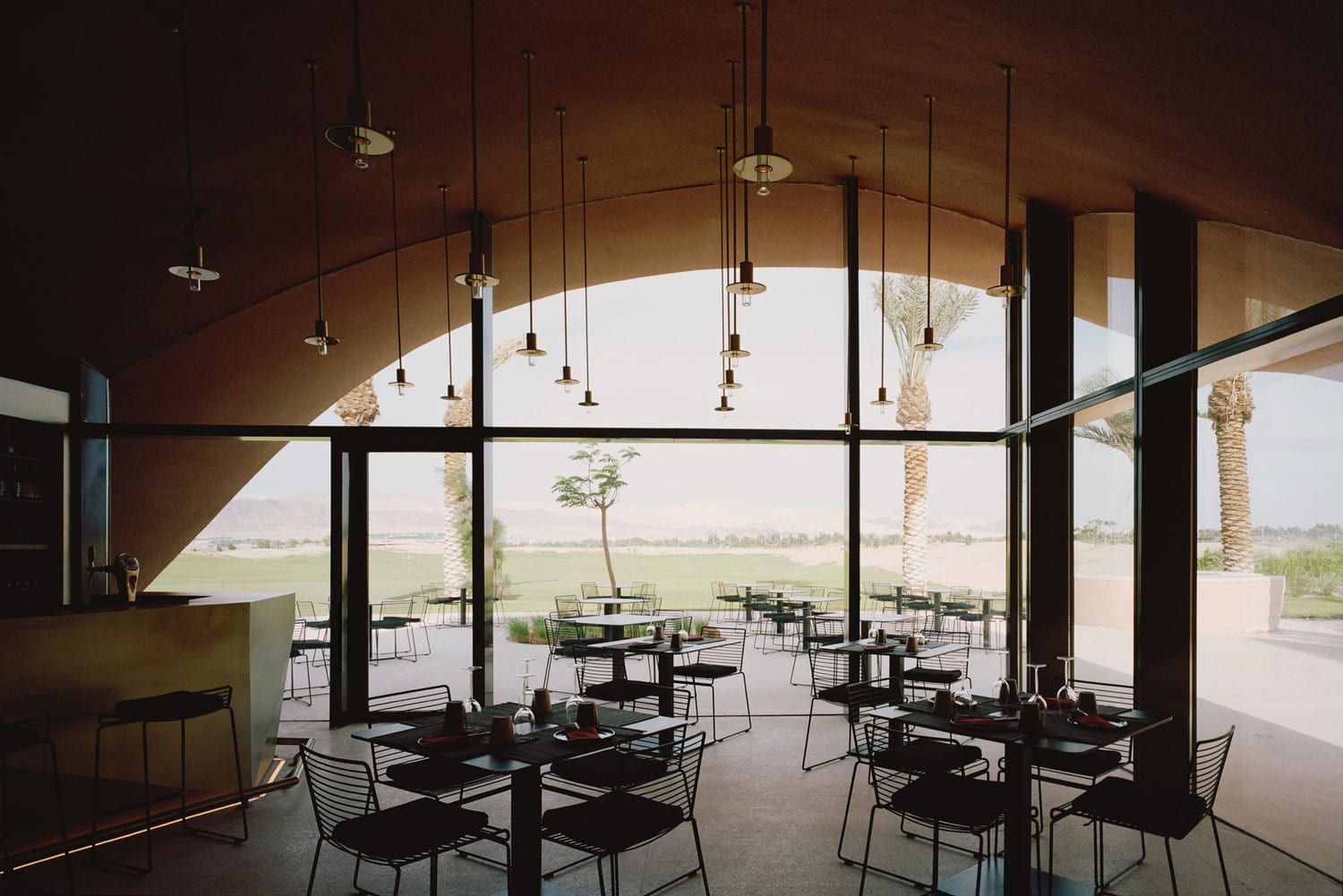 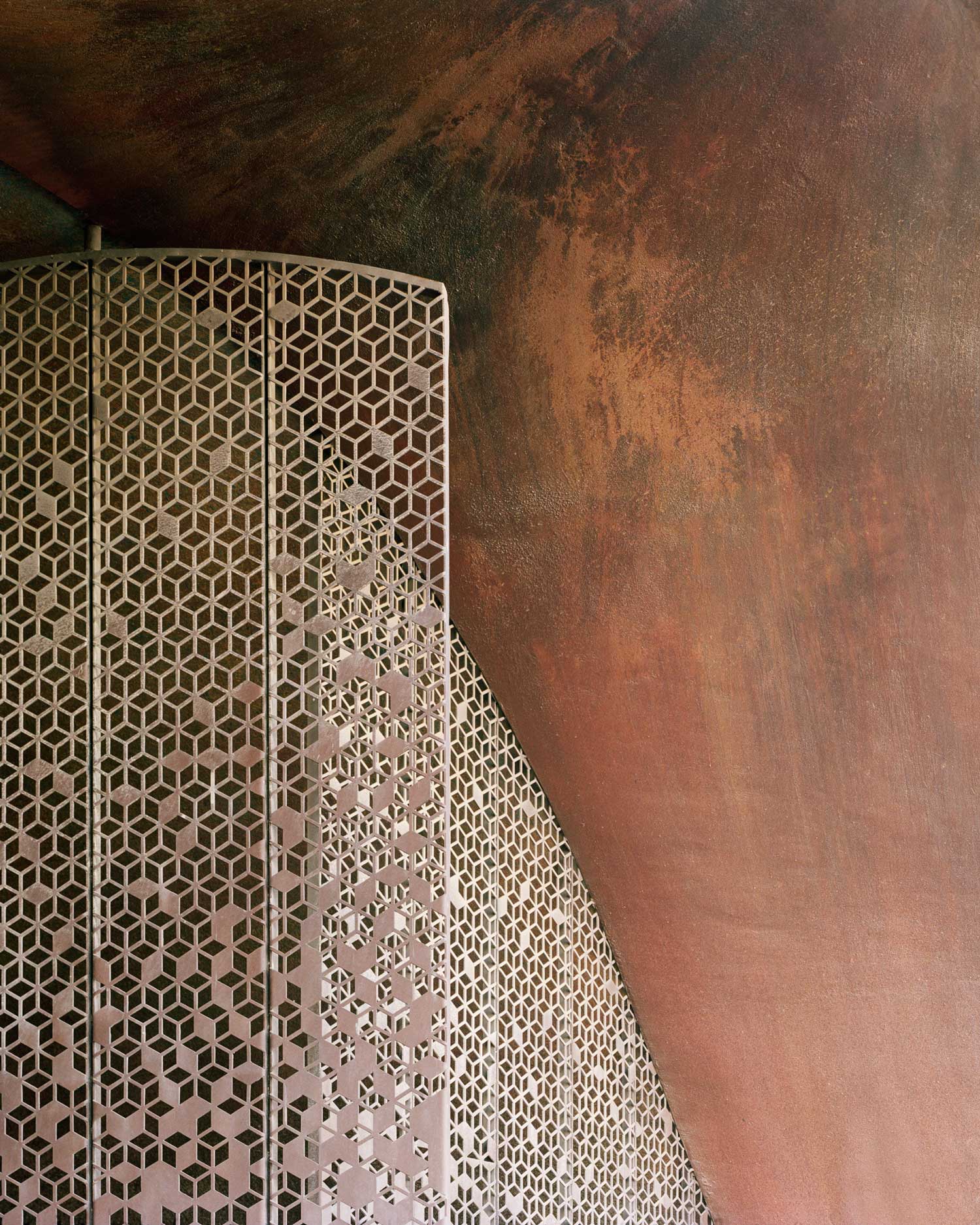 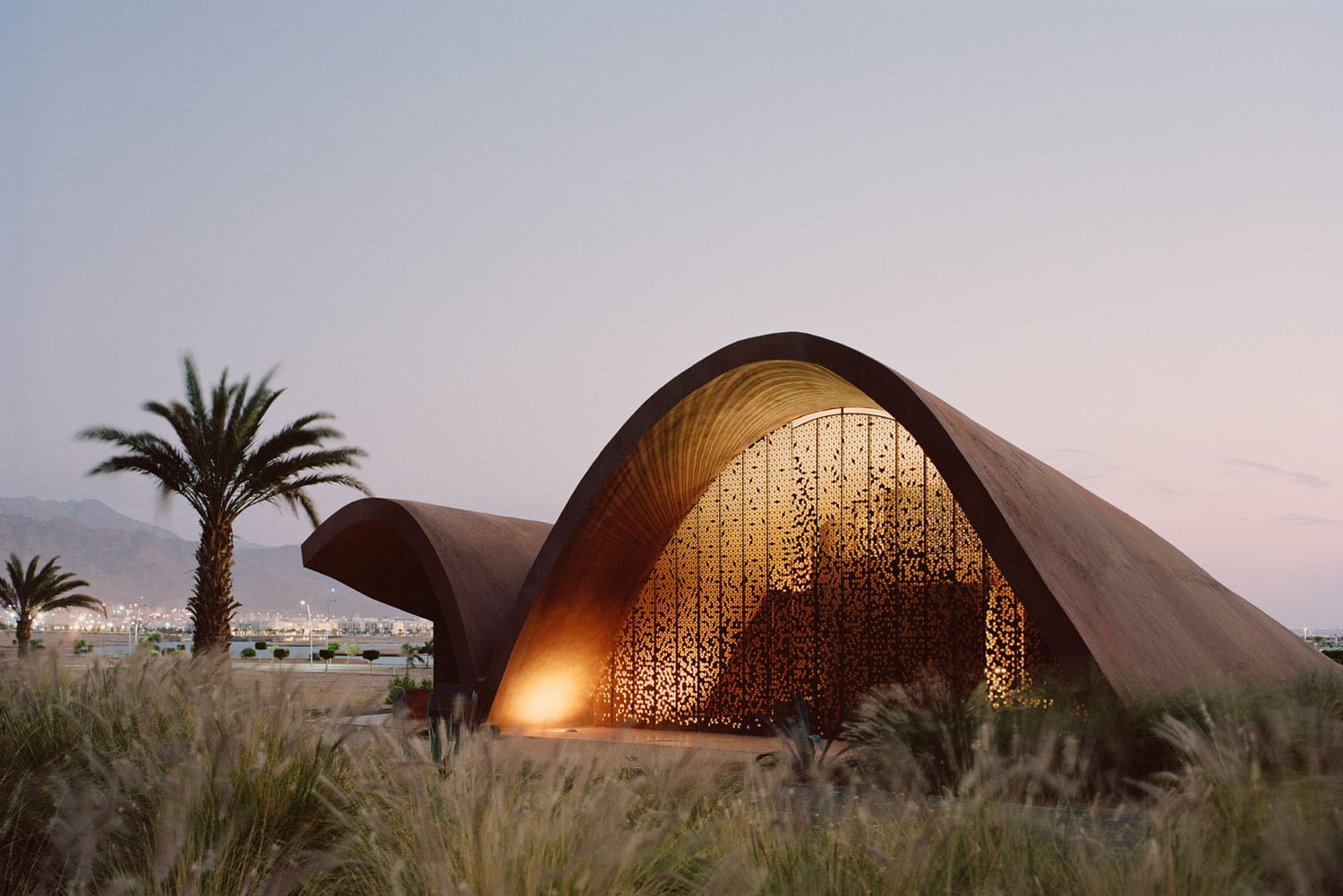 The distinctive structure captures the otherworldly, awe-inspiring beauty of the desert, managing to make sense of a commercial space amongst such untouched land. The dramatic silhouette is left unadorned, to speak for itself. Ventilation and lighting systems were discreetly hidden in order to preserve the purity of form.