Architectural Garden of Eden: The Island by Clément Lesnoff-Rocard. 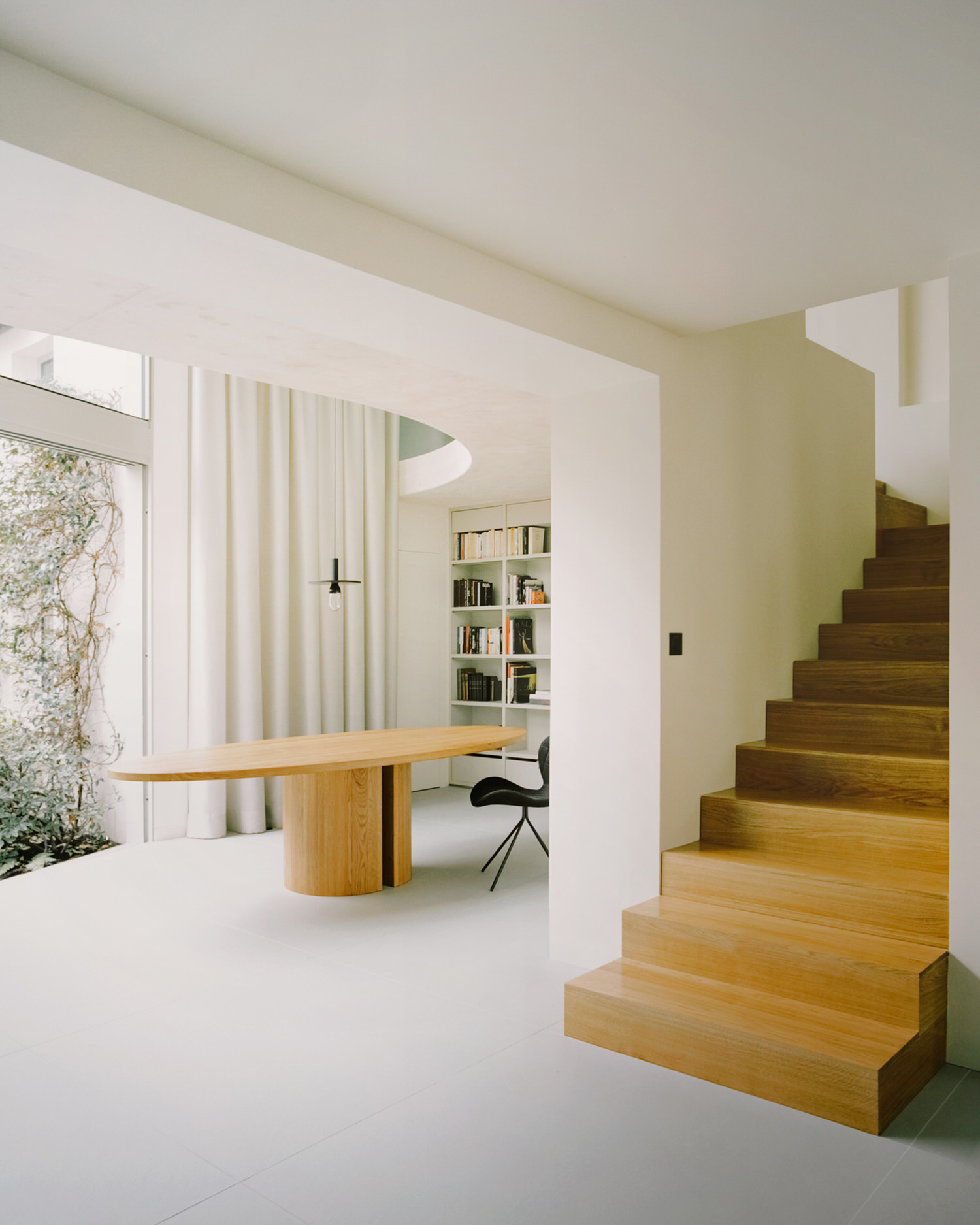 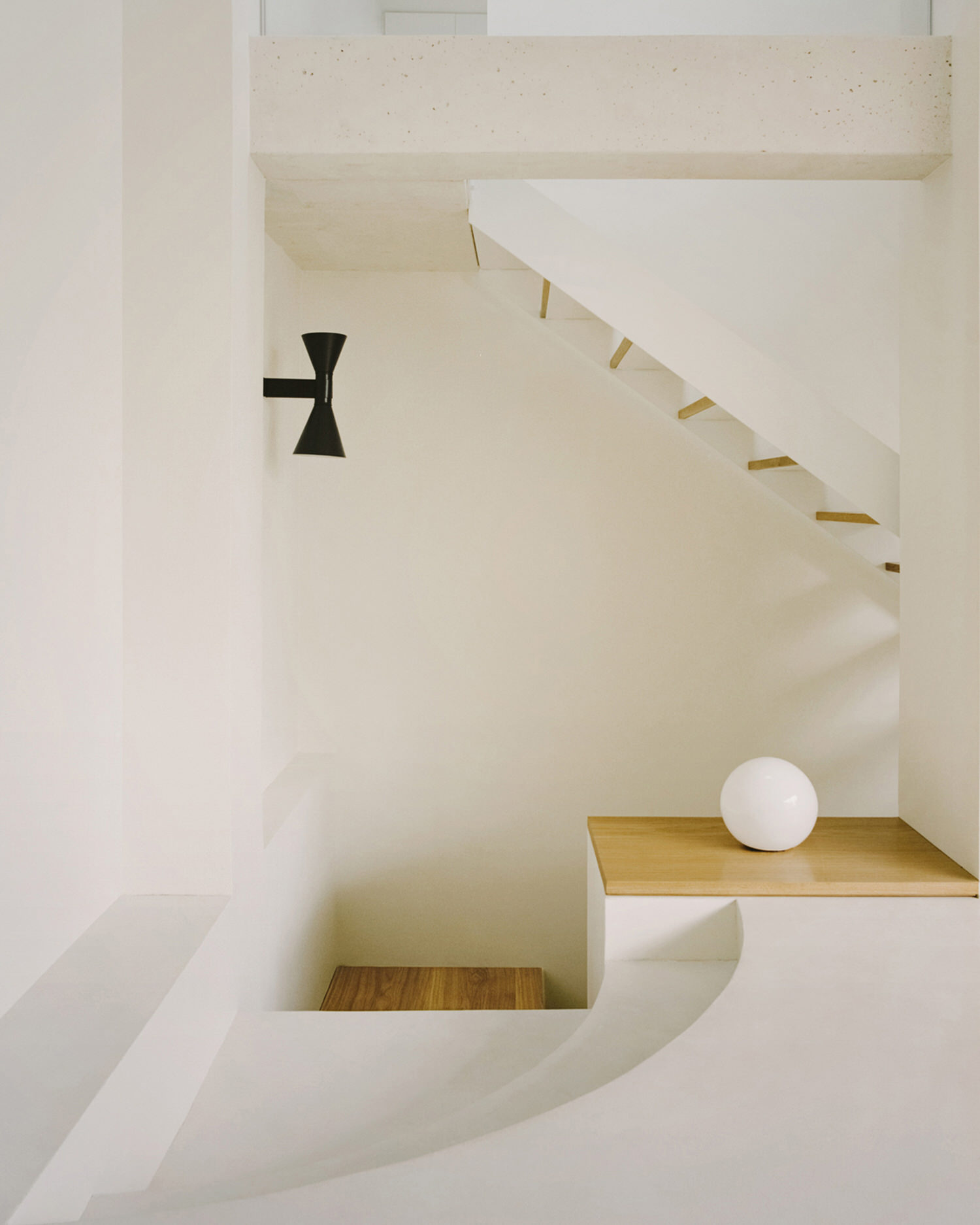 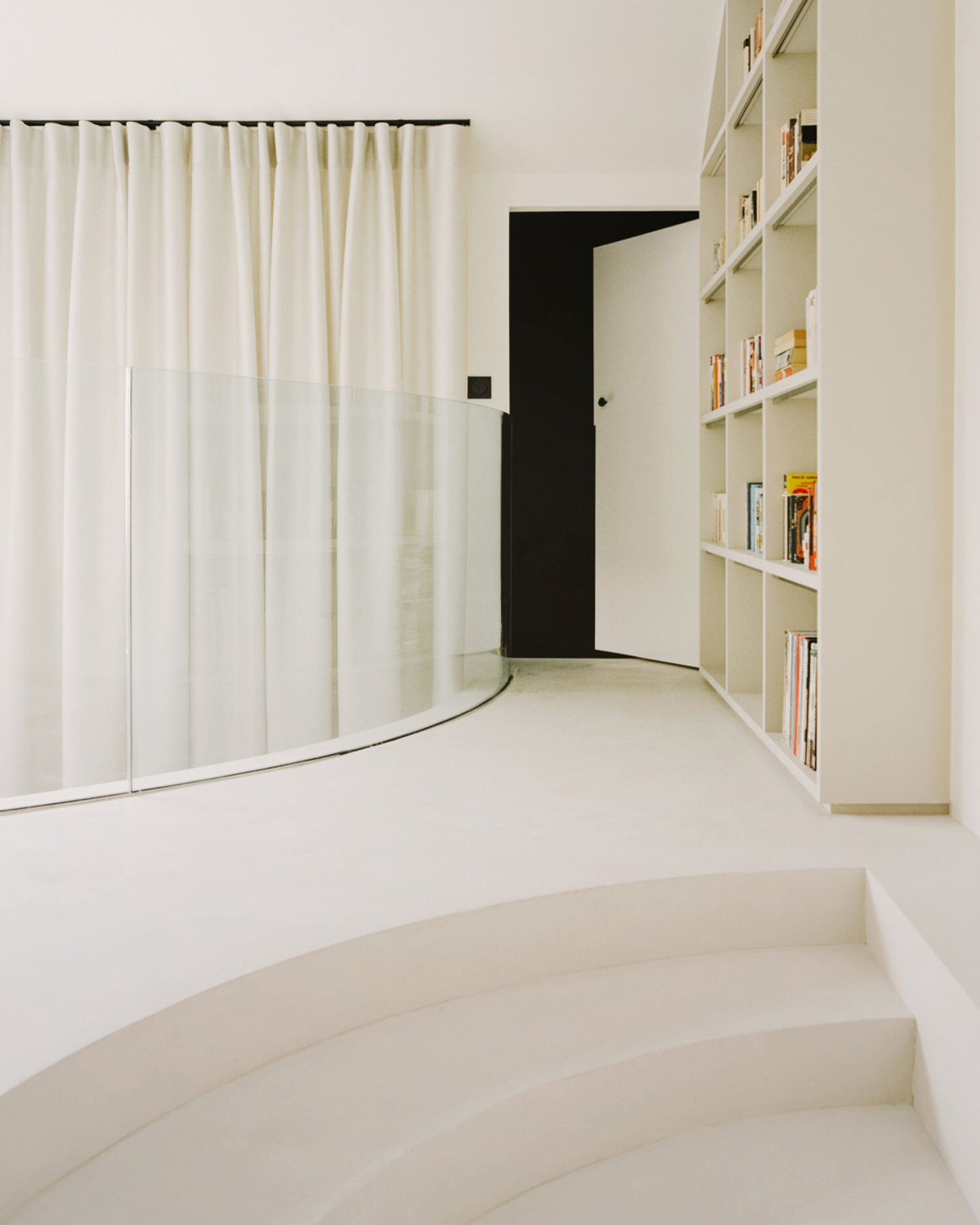 Architects and seemingly had access to a crystal ball when they dreamed up this project three years ago. Dubbed an ‘antagonist allegory’ to the famous movie Cast Away, this residence demonstrates its inverse.

While Cast Away shows how to create your own symbolical home while lost on an island and separated from the entire world, this transposes that idea creating a space for a family to experience a wild landscape within their own home, surrounded by the city but deeply separated from its looming pressure. In the process, the architects have prophesied an oasis that feels worlds away from lockdowns and that pesky p-word.

Located at the foot of La Defense, the major business district of . the house feels very uncanny valley in the sea of oversized high risers, grandiloquent 19th-century architecture and a cluster of towers emerging just beyond the tiny street. 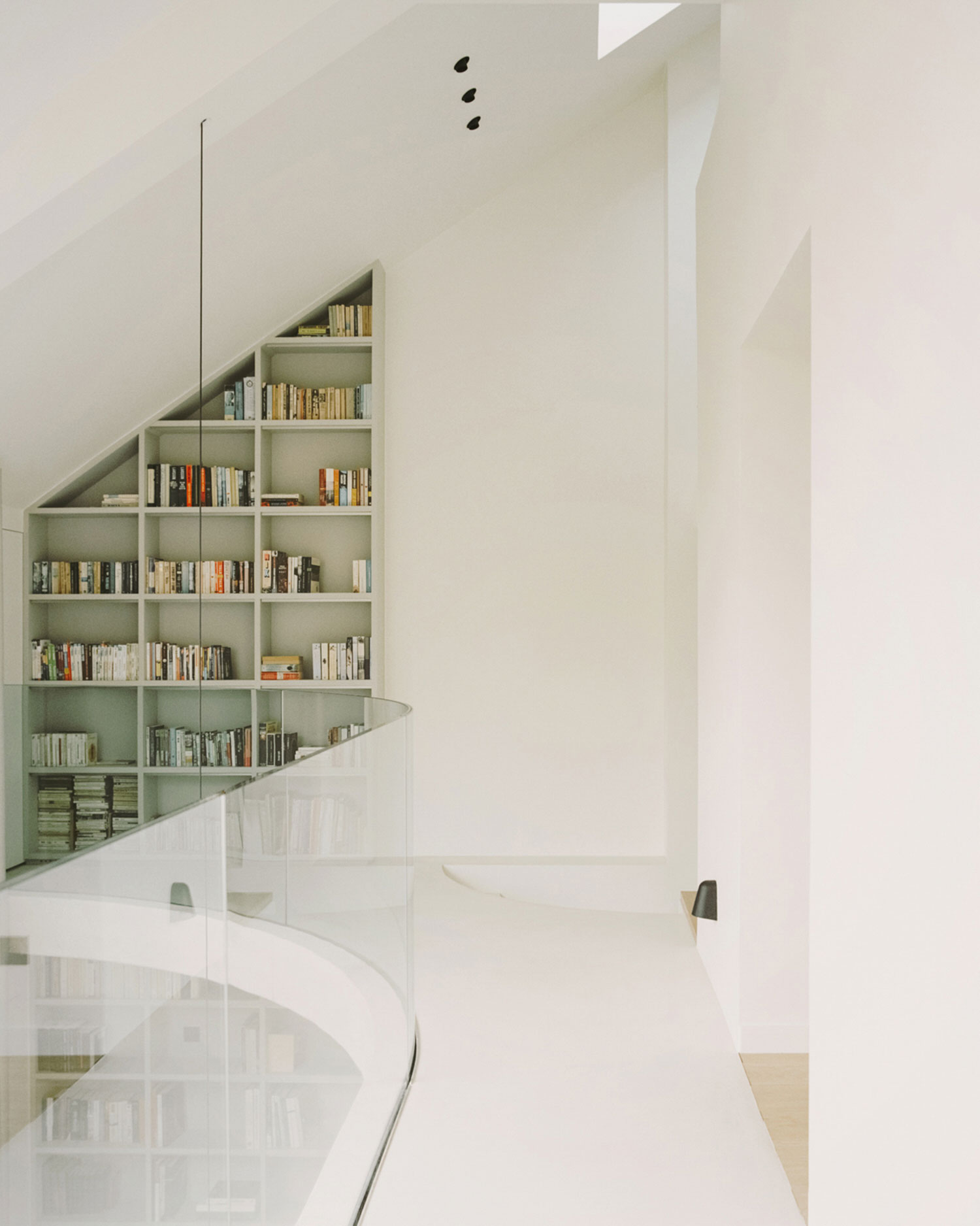 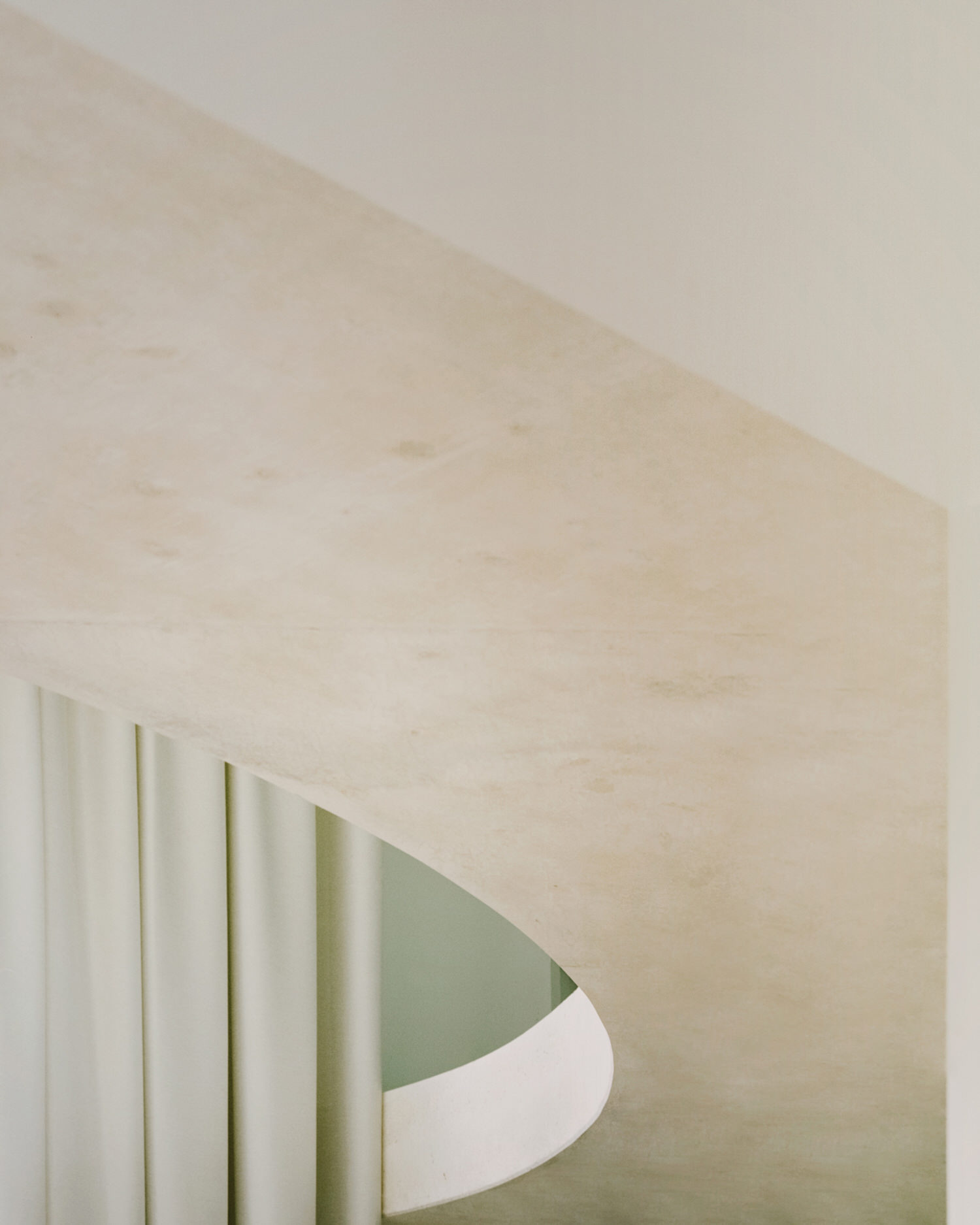 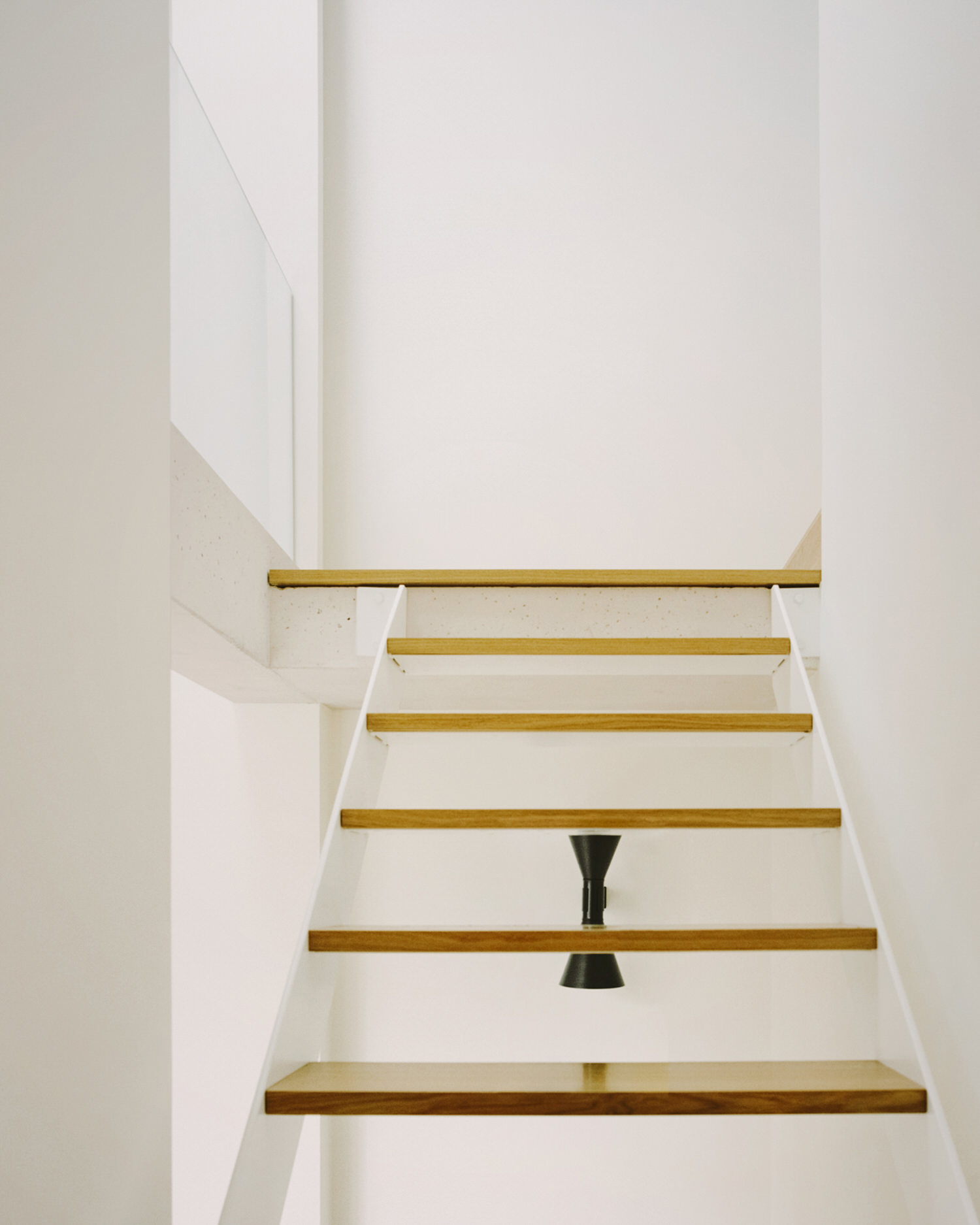 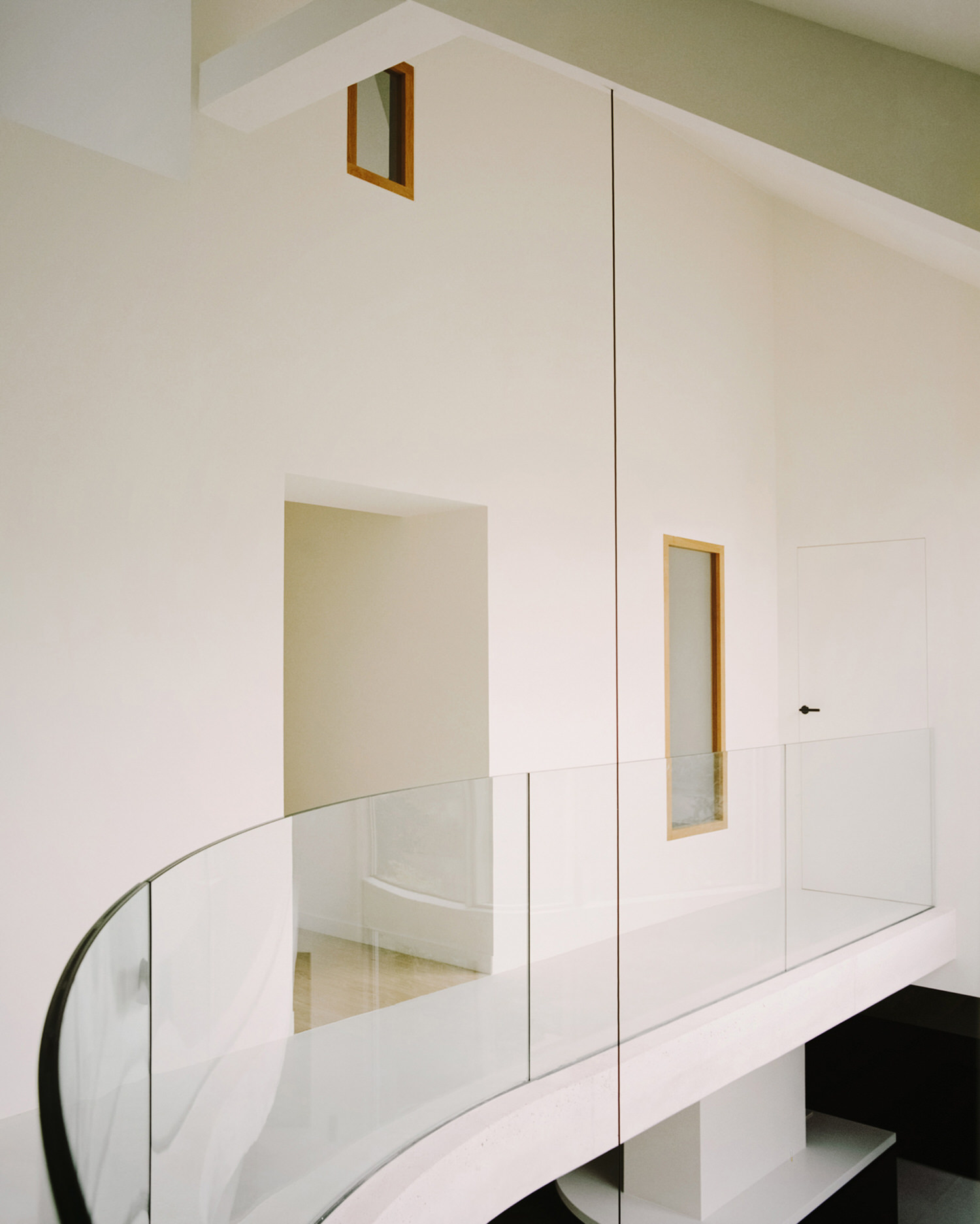 With this abrupt world on its doorstep, the architects focused inward, on the interior typologies articulation around a patio garden as inspiration for the sanctuary they created. Being an original 19th Century house, the interior had gone through many reincarnations by previous owners, leaving it a suffocating space of textures and forms in dissonance.

Tasked with this disharmony, Rocard and Percal took it as an opportunity to design something whole and new from the chaos. By bringing nature into the inner designed world they looked to create an “architectural garden of Eden”. A lofty goal maybe but one that has gleaned beautiful results. 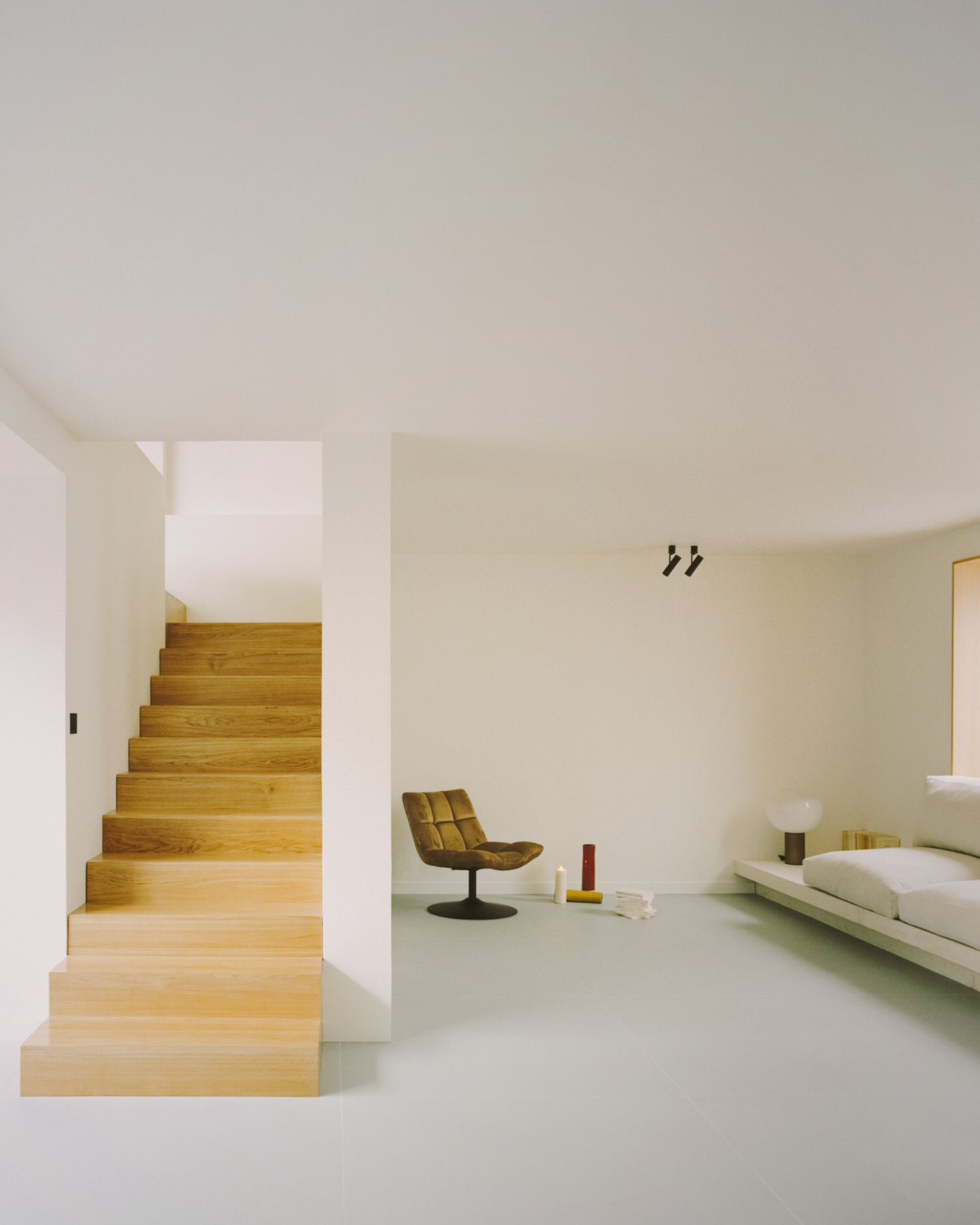 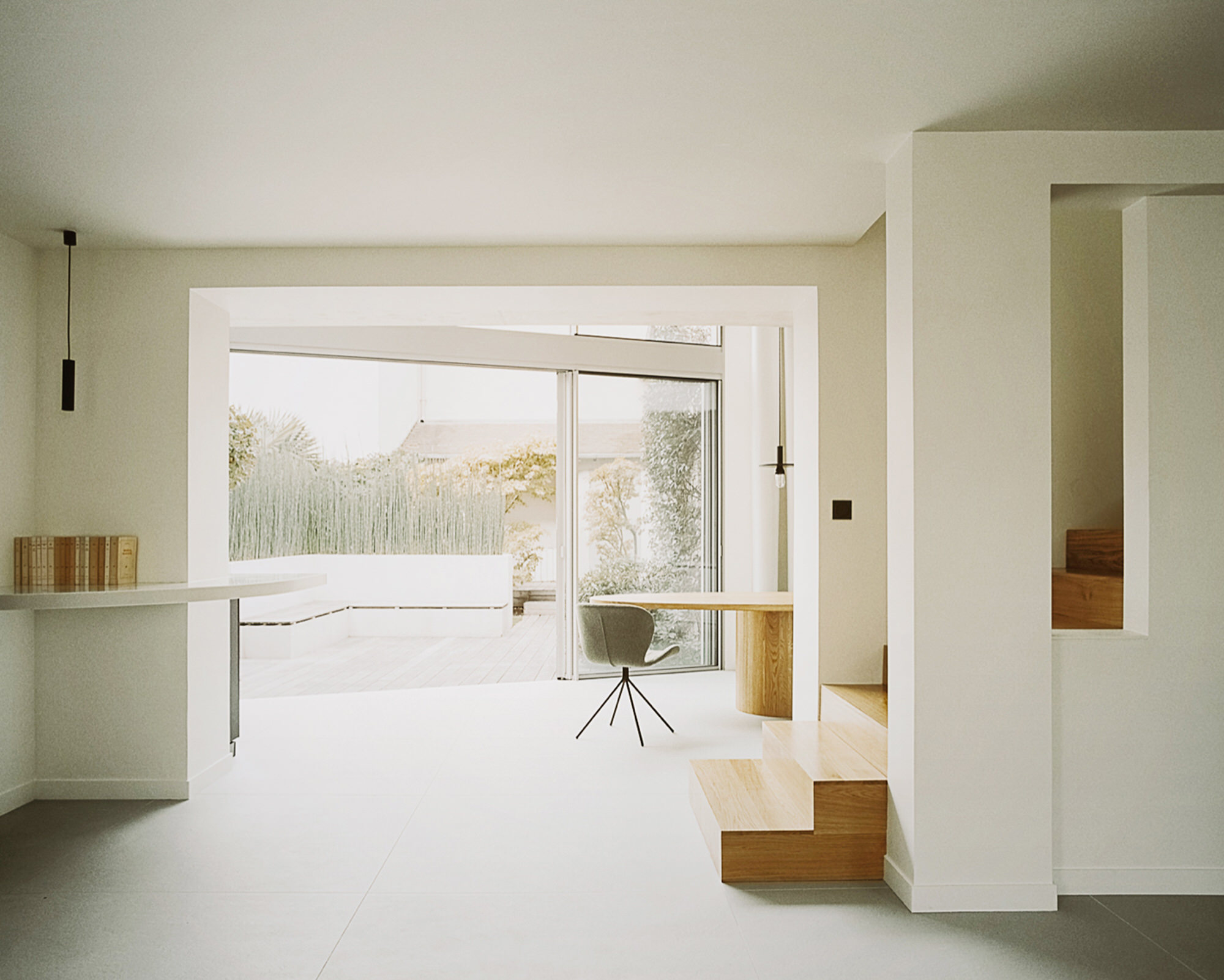 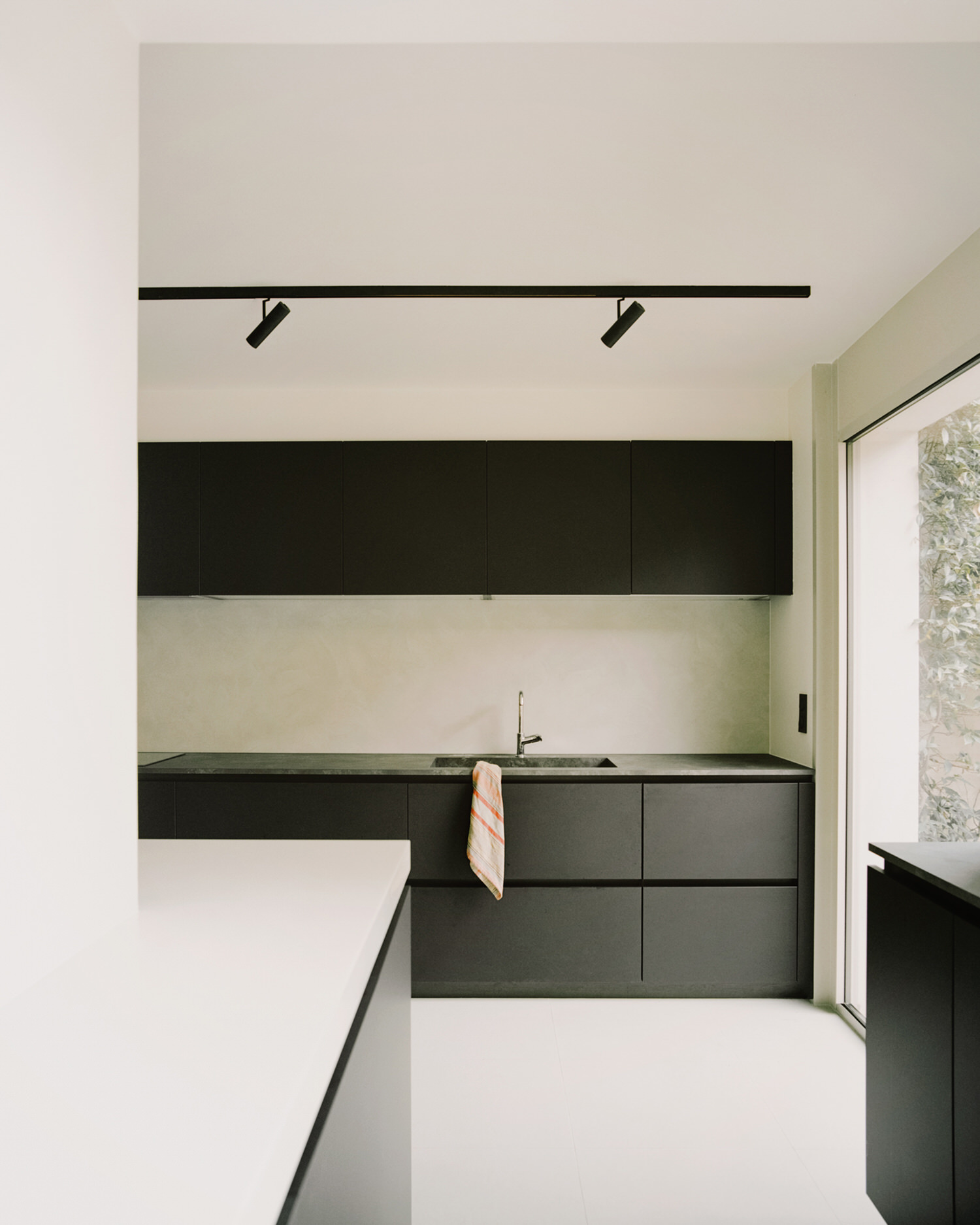 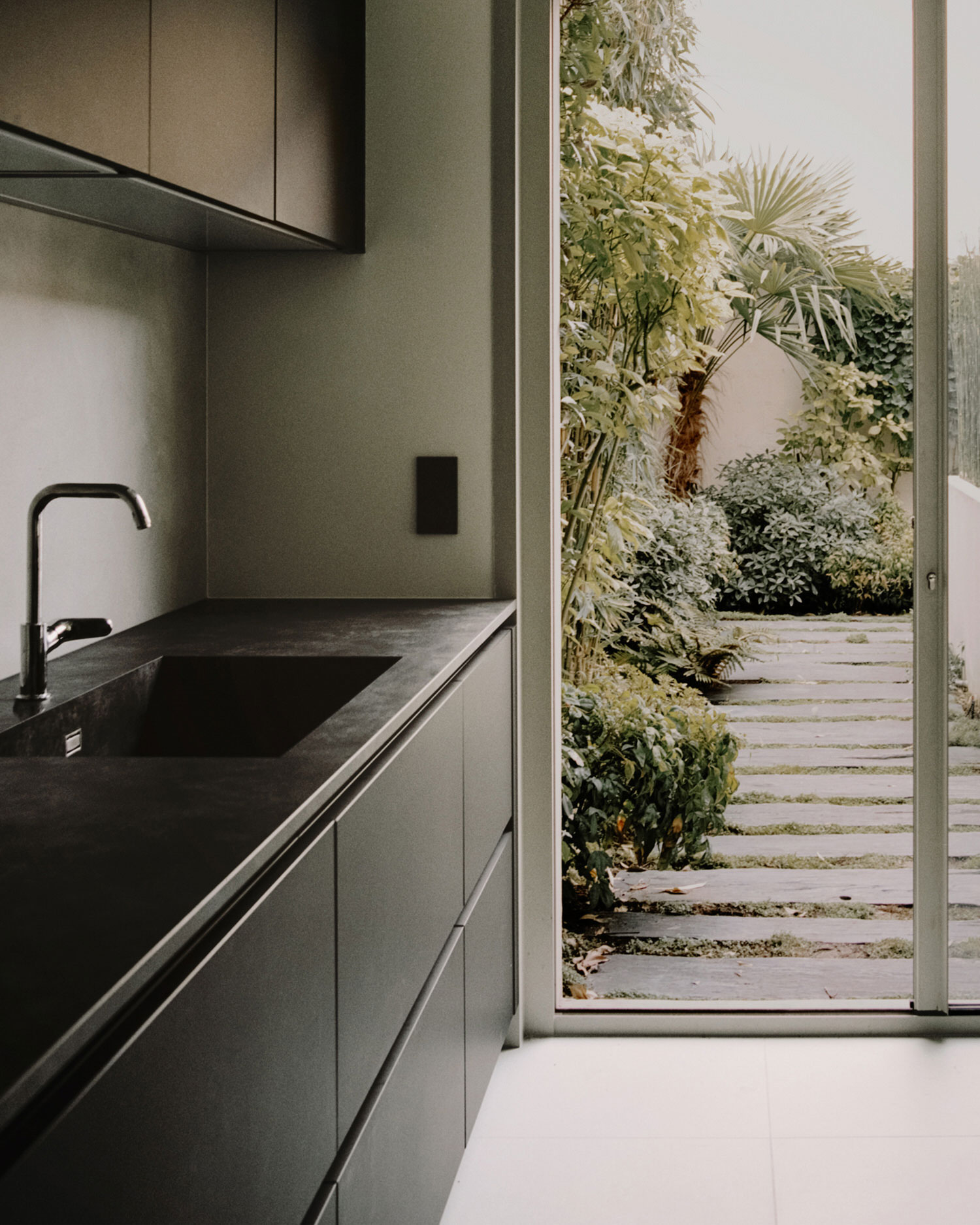 Inside The Island, soft and a natural palette define the landscape. Everything is symbolically tethered to nature. A massive oak table in the centre of the space acts as a place to gather, a concrete curved bridge feels light as a cloud while cascading oversized curtains dwarf you in the space. A gigantic bay window brings the sky inside, flushing the space with natural light.

Materiality is carefully articulated – the walls are washed in white with oak, sage and concrete chosen for the living spaces while an all matte black kitchen is likened by the architects to burned charcoal in a forest.

Very poetic and lyrical the residence is reminiscent of surreal architectural visualisations. But beyond the divine imagery, it acts as a wild, sprawling refuge from the outside world.