This modern brick apartment located in Barcelona, Spain, was designed in 2016 by FFWD. 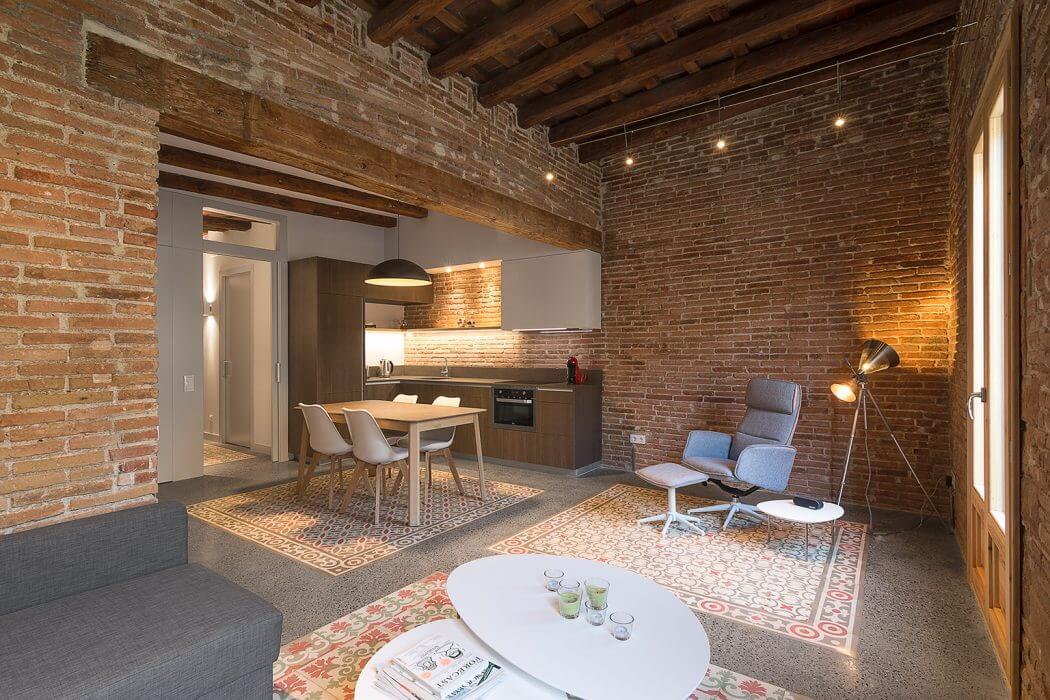 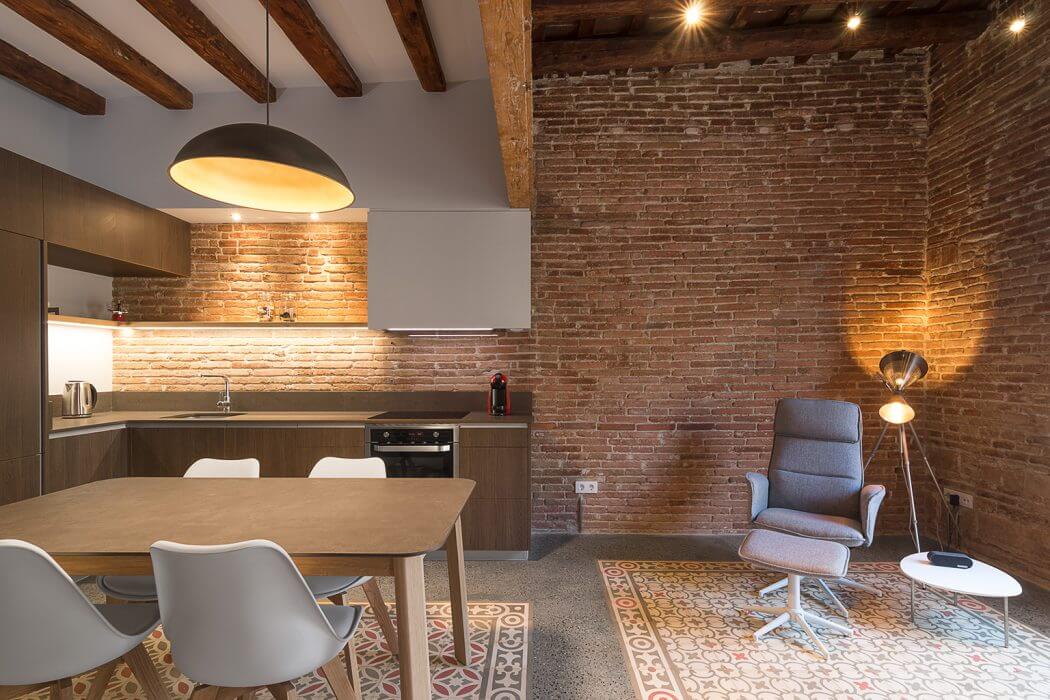 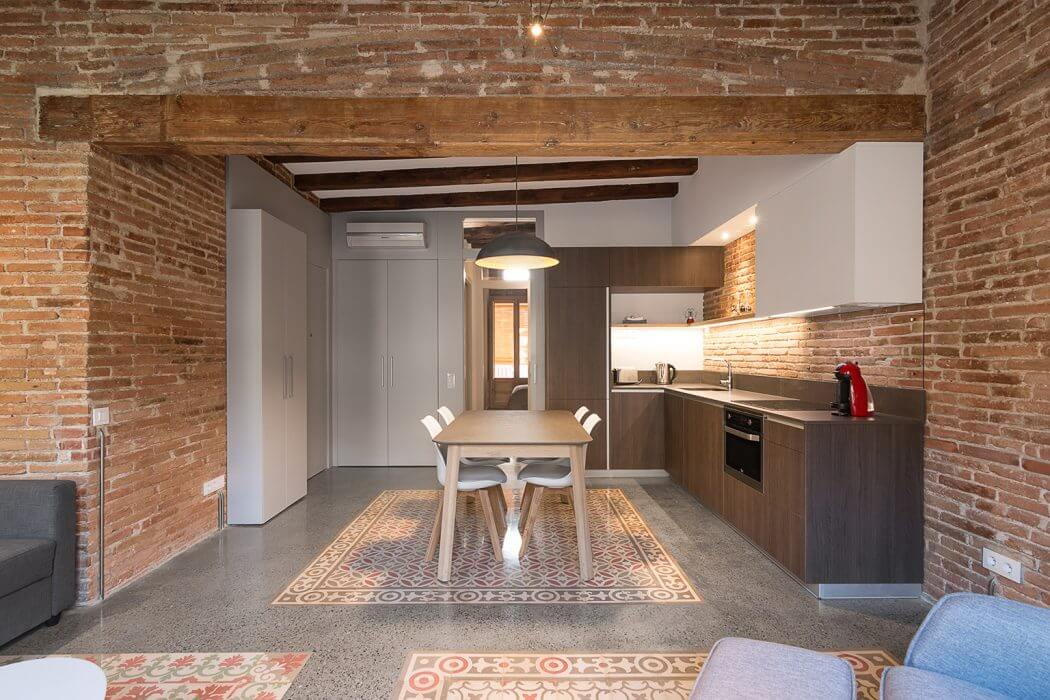 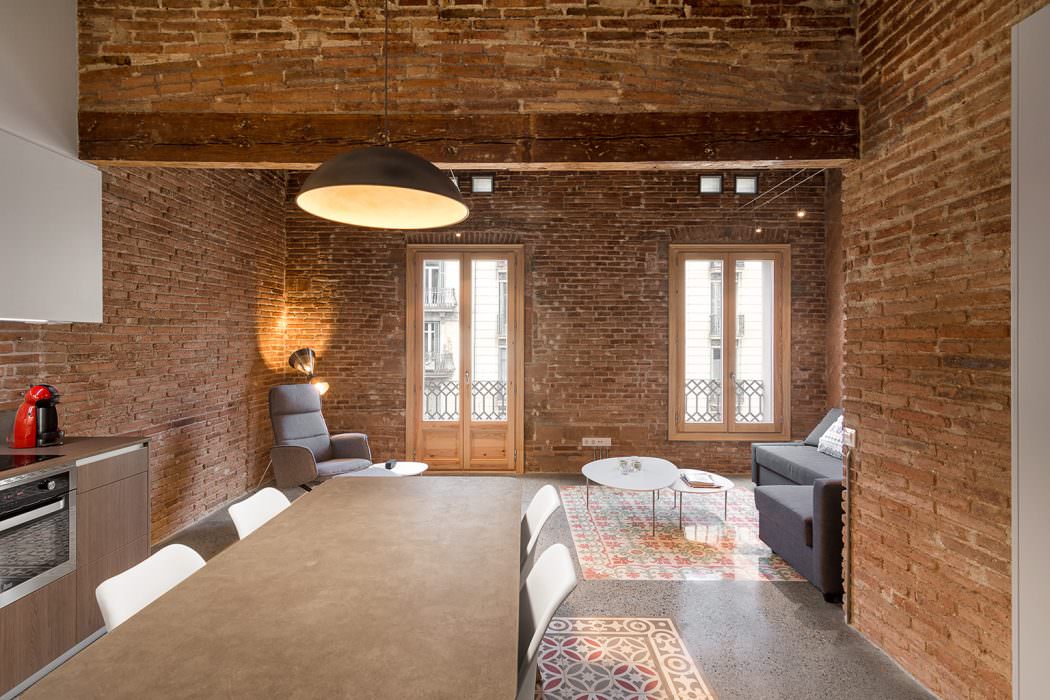 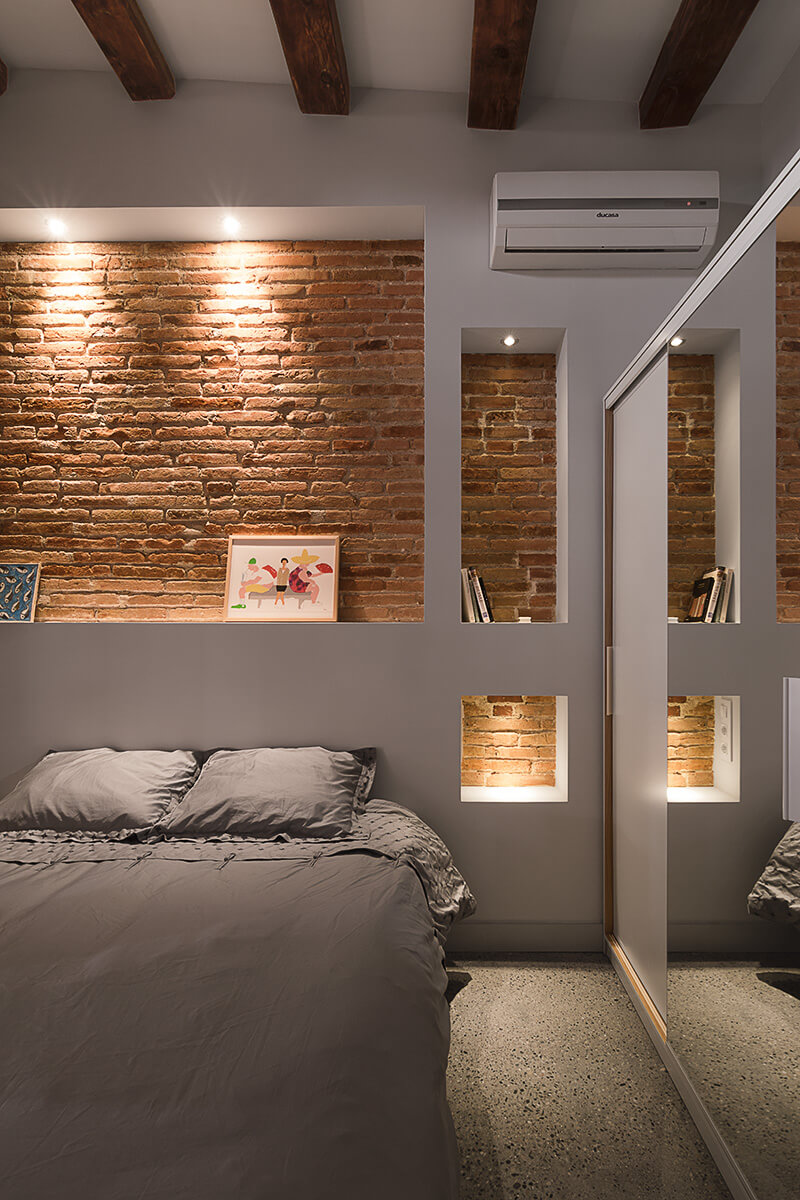 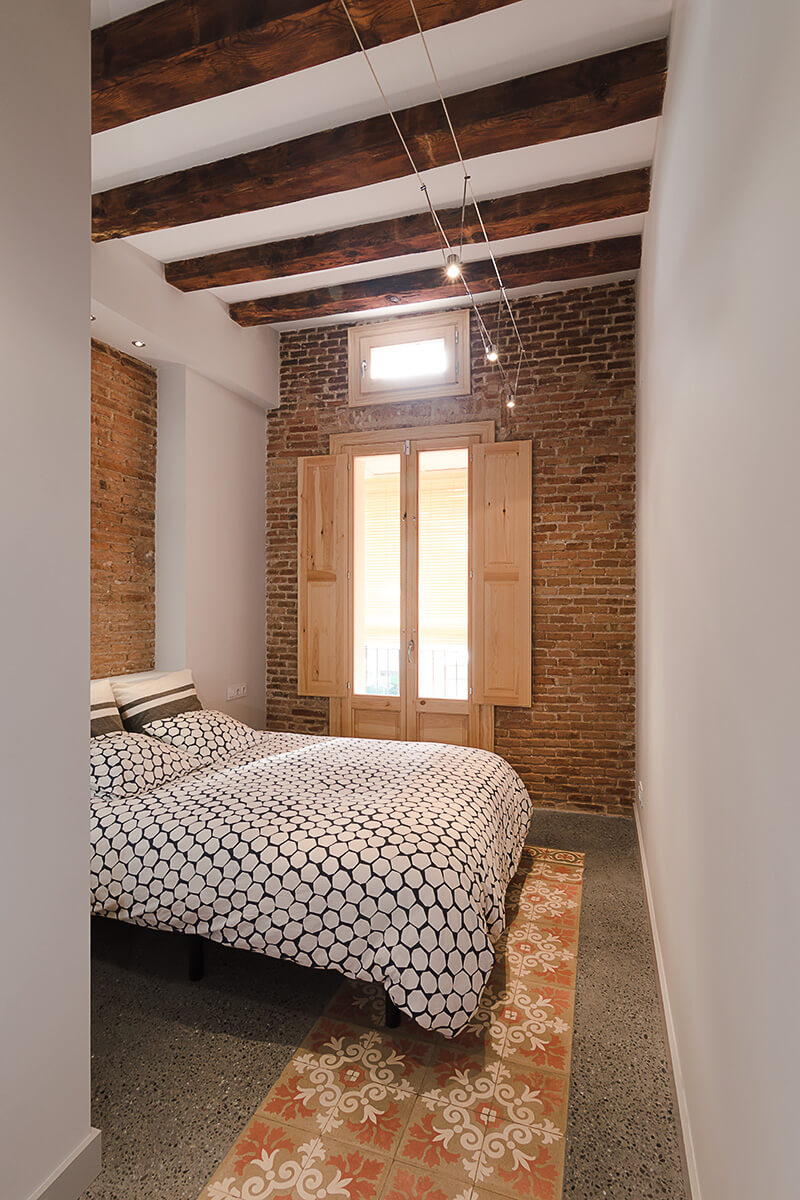 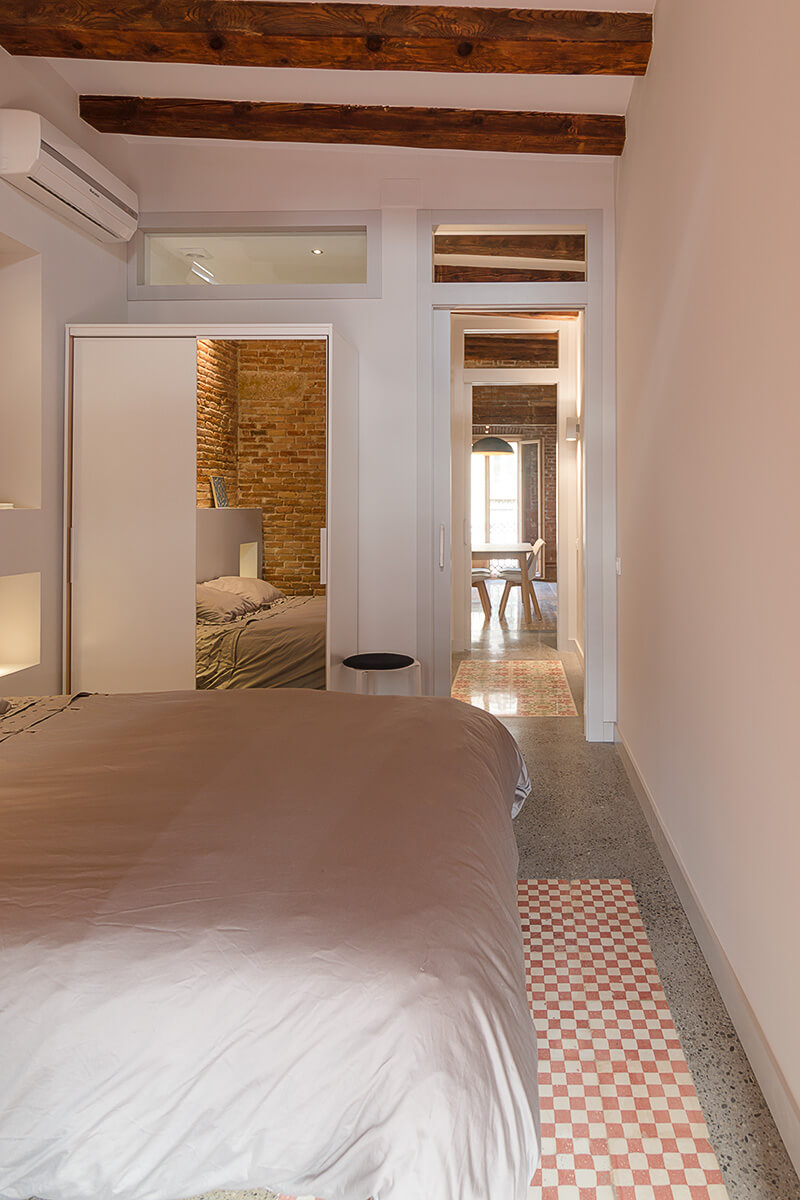 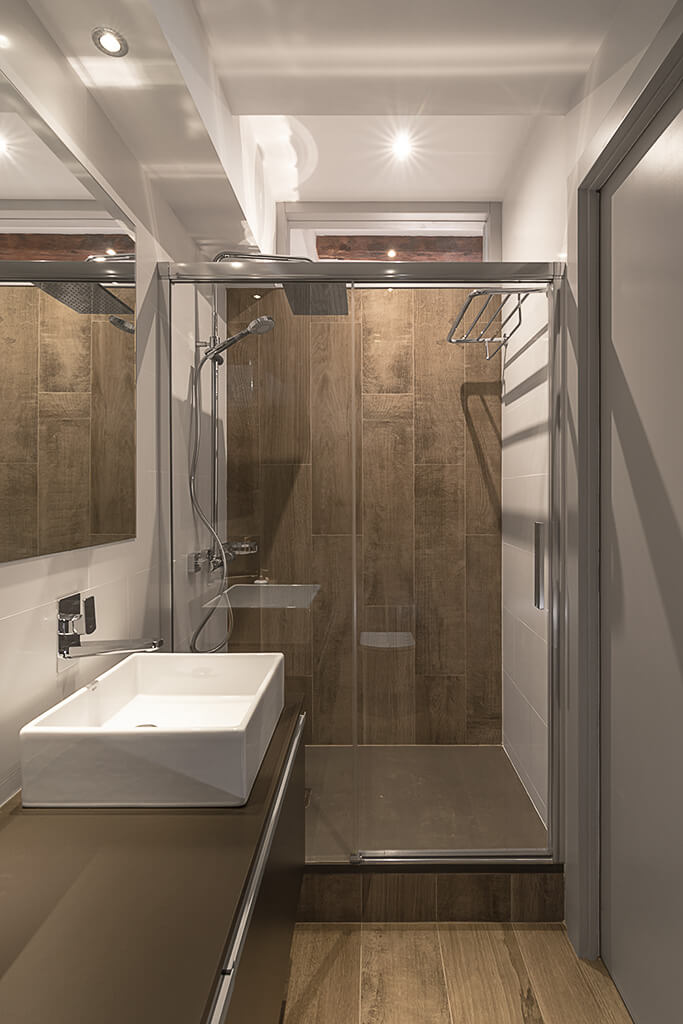 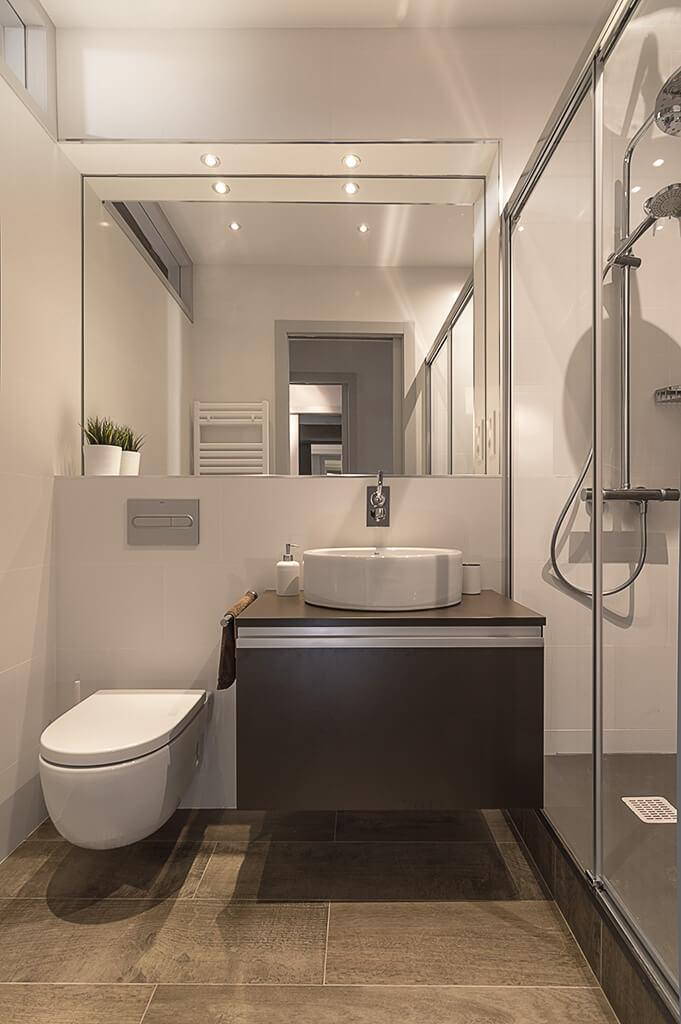 In this flat situated in Barcelona’s Eixample, our starting point was an unfortunate period renovation from the 1980s.

At first glance, it seemed like the ’80s had erased all the original and distinctive elements of the space, which dates to 1875. But after some light “cleaning”, we uncovered some of the original elements, and realized they could be the soul for the new space. These elements were traditional Catalan hydraulic cement tiles, and exposed structural elements of the building, including exposed brick walls and the wooden beamed ceilings.

Our concept was to strip down the space in order to enhance the building’s original structural materials. We created “carpets” from the undamaged hydraulic cement tiles that organize the distinct spaces, and make them more cozy. In contrast, the elements belonging to the new works were treated in light colors applied over clean and plain surfaces. This created a clear contrast to what was in the space before us, and gives protagonism back to the original elements.

The preexisting layout did not at all suit the new owners requirements. It also betrayed common standards of decency, including a bedroom with no windows, and a bathroom that directly opened onto the living room.

Because of these challenges, we had to totally change the layout, flipping completely the placement of the daytime and nighttime areas. This led us to consider an open L-shaped room facing the street for the living space, encompassing an open office-kitchen, a dining table, and living room. On the other side of the apartment, facing the inner courtyard of Barcelona’s famous Eixample blocks, we placed two bedrooms with en suite bathrooms. They are generous rooms with quite a lot of light coming from a south-west orientation.