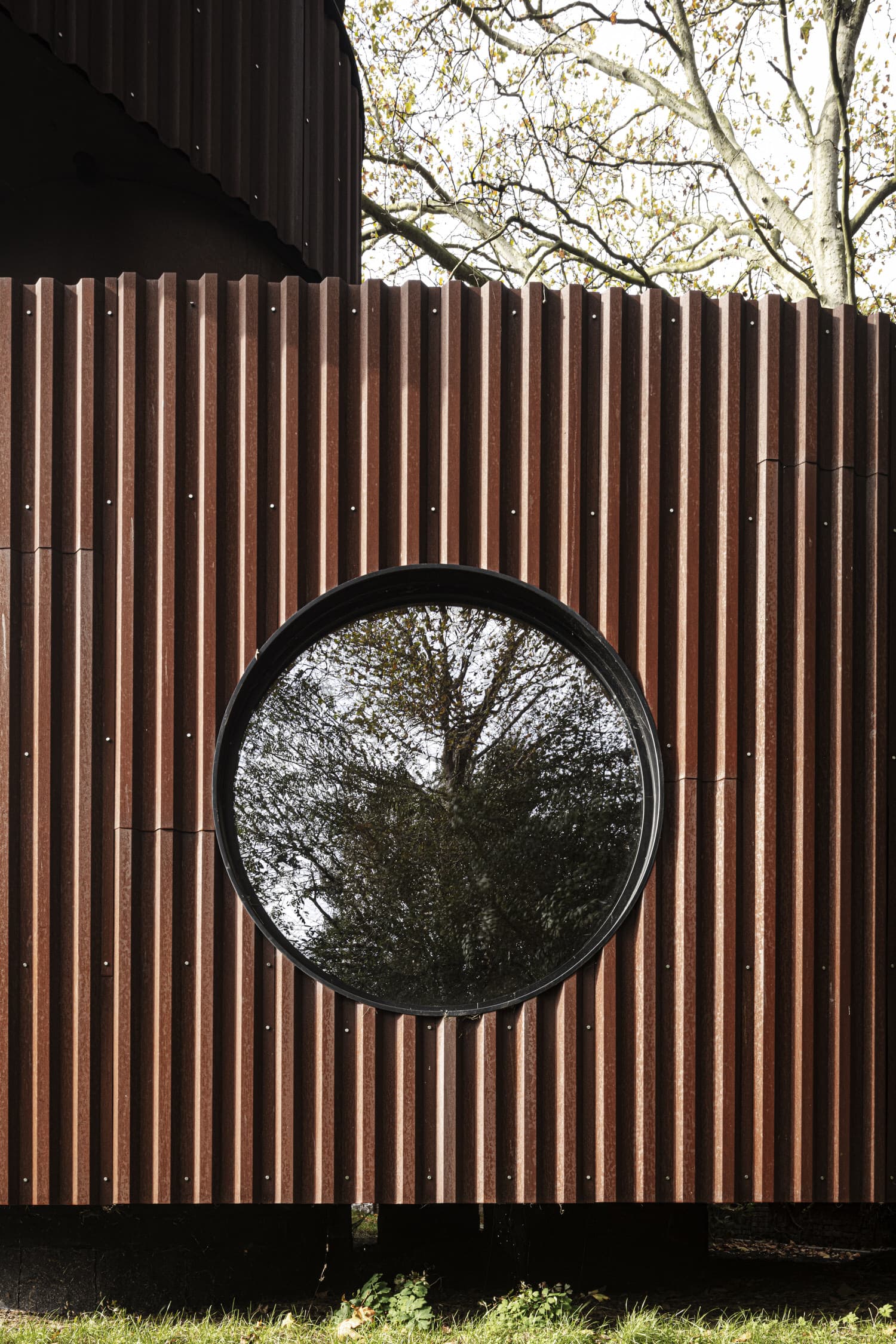 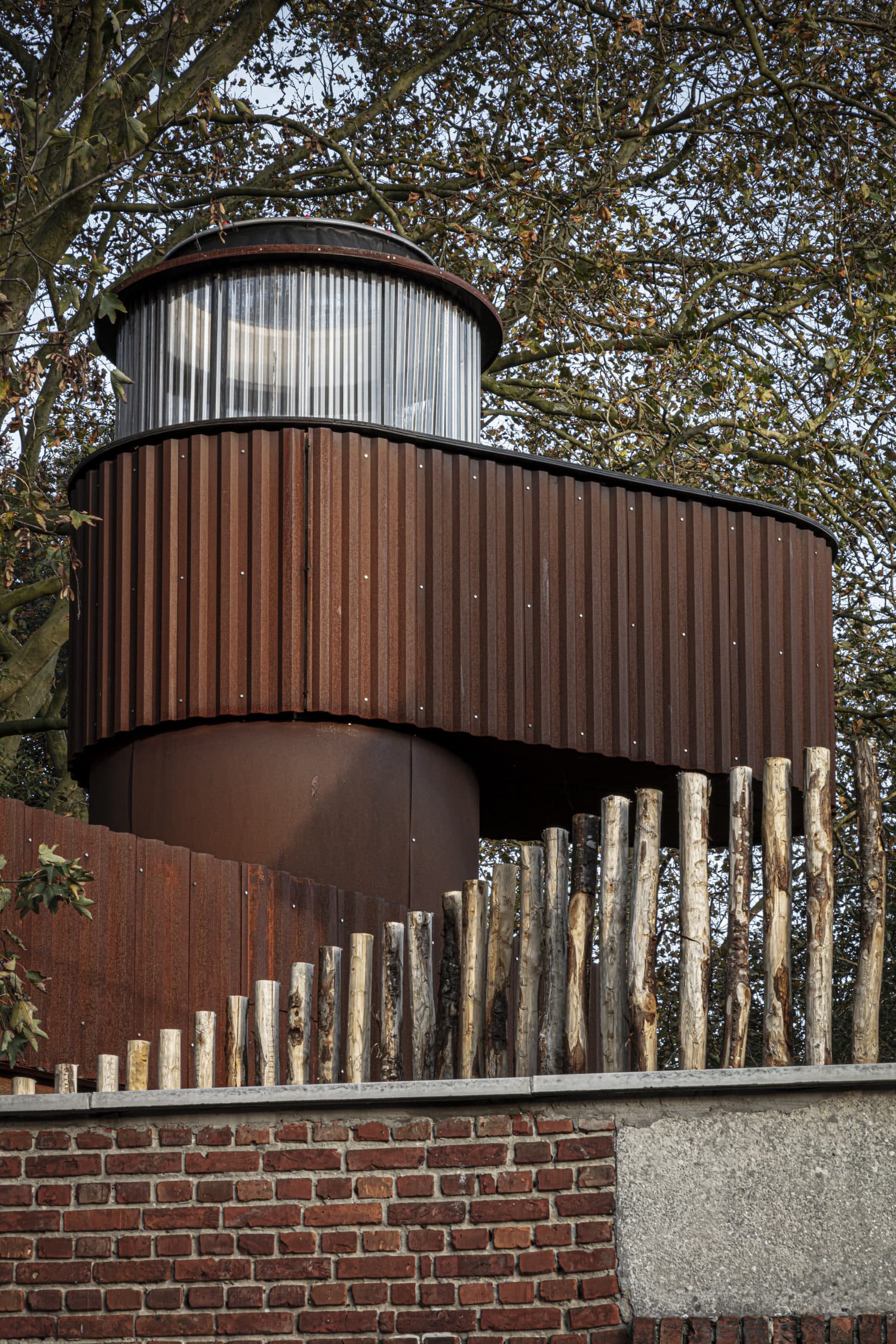 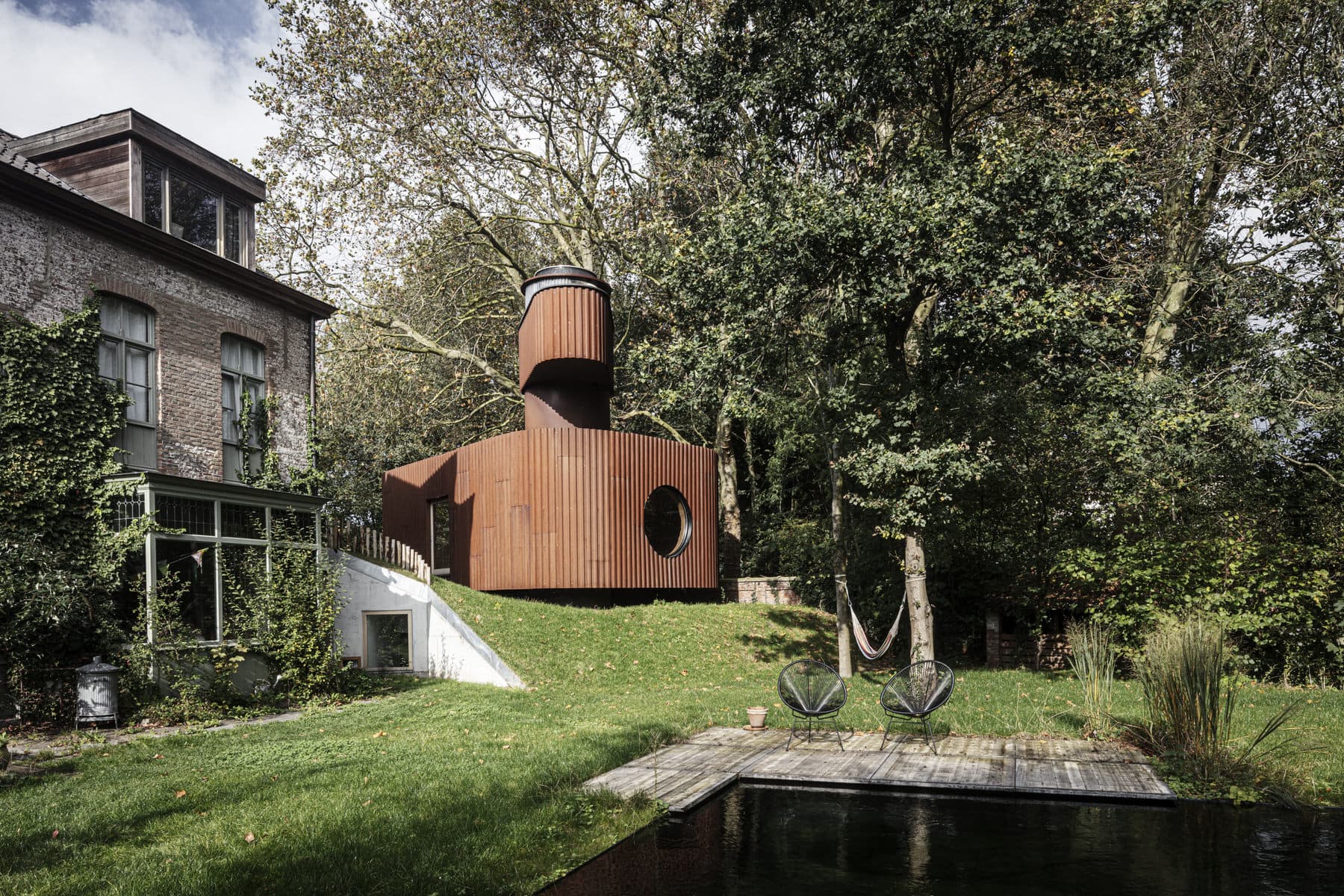 Allow me to set the scene. On the idyllic grounds of a French-style home just outside of Ghent, sits a quirky form with its own projecting watchtower. Clad in , the abstract building rises from the earth like a submarine, an abandoned container or perhaps even the hull of a ship.

This is a guesthouse and space by which was commissioned by a client who works in the film industry. The architects were tasked with designing something that would make the client’s guests experience an unforgettable one… and boy did they nailed the brief! 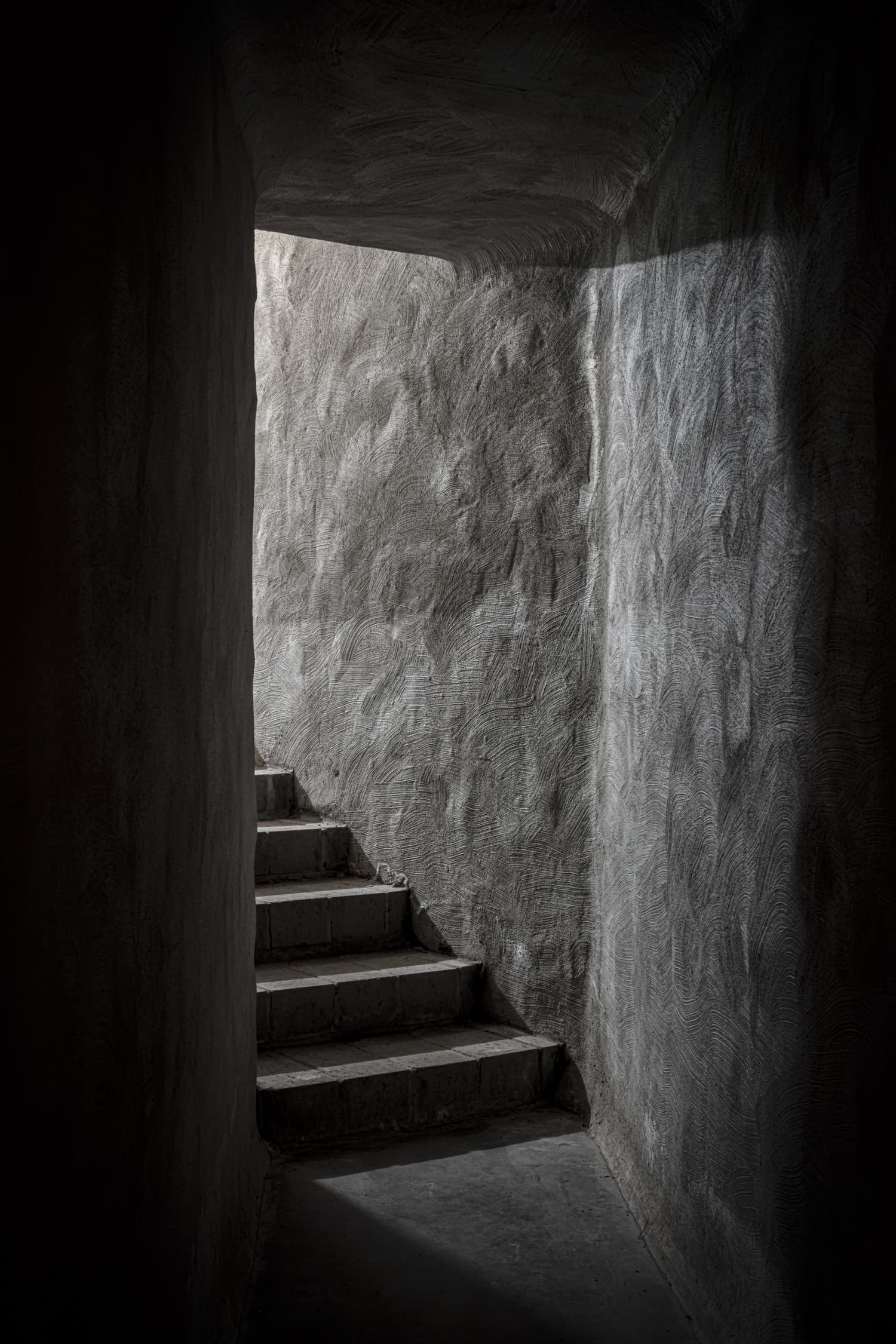 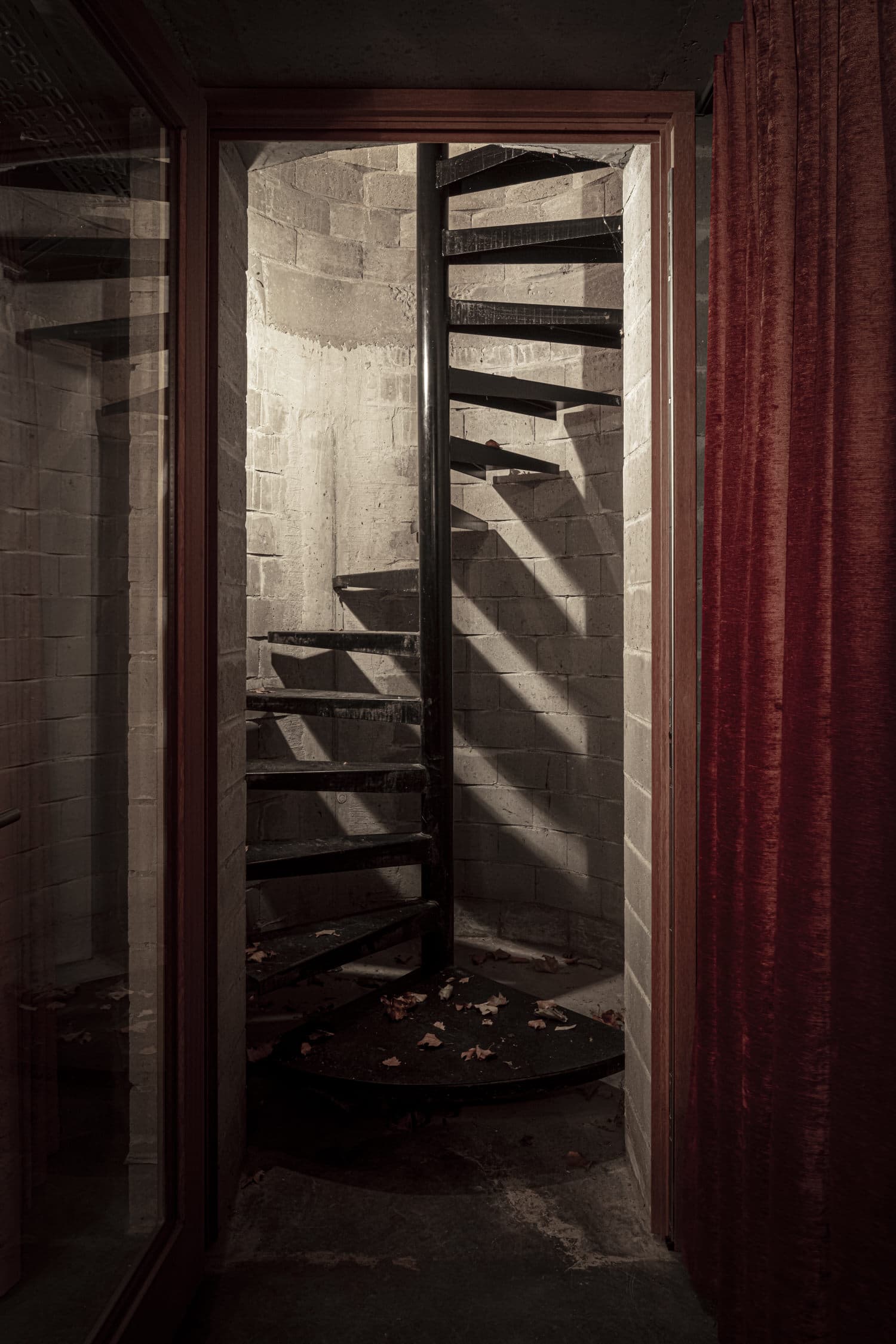 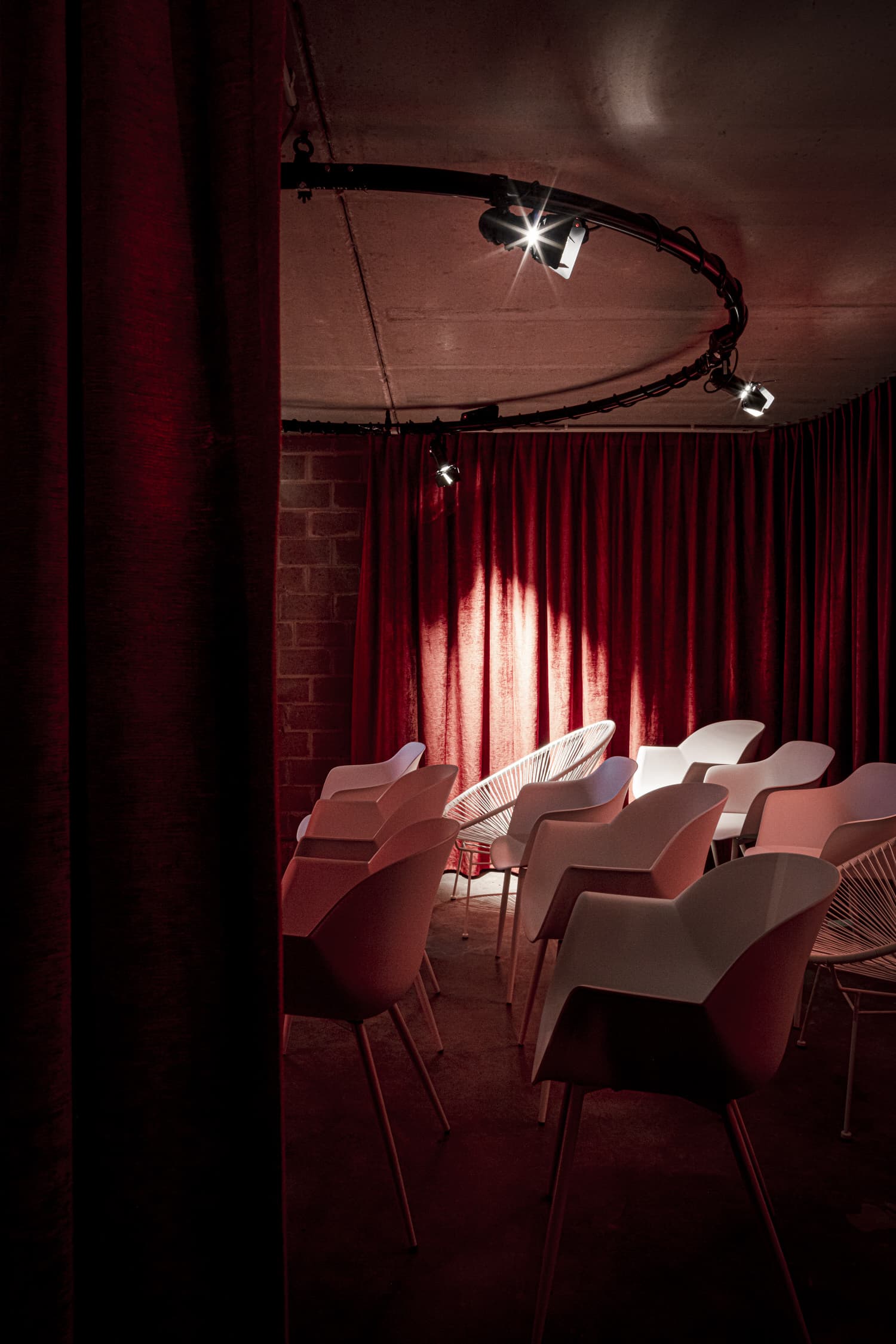 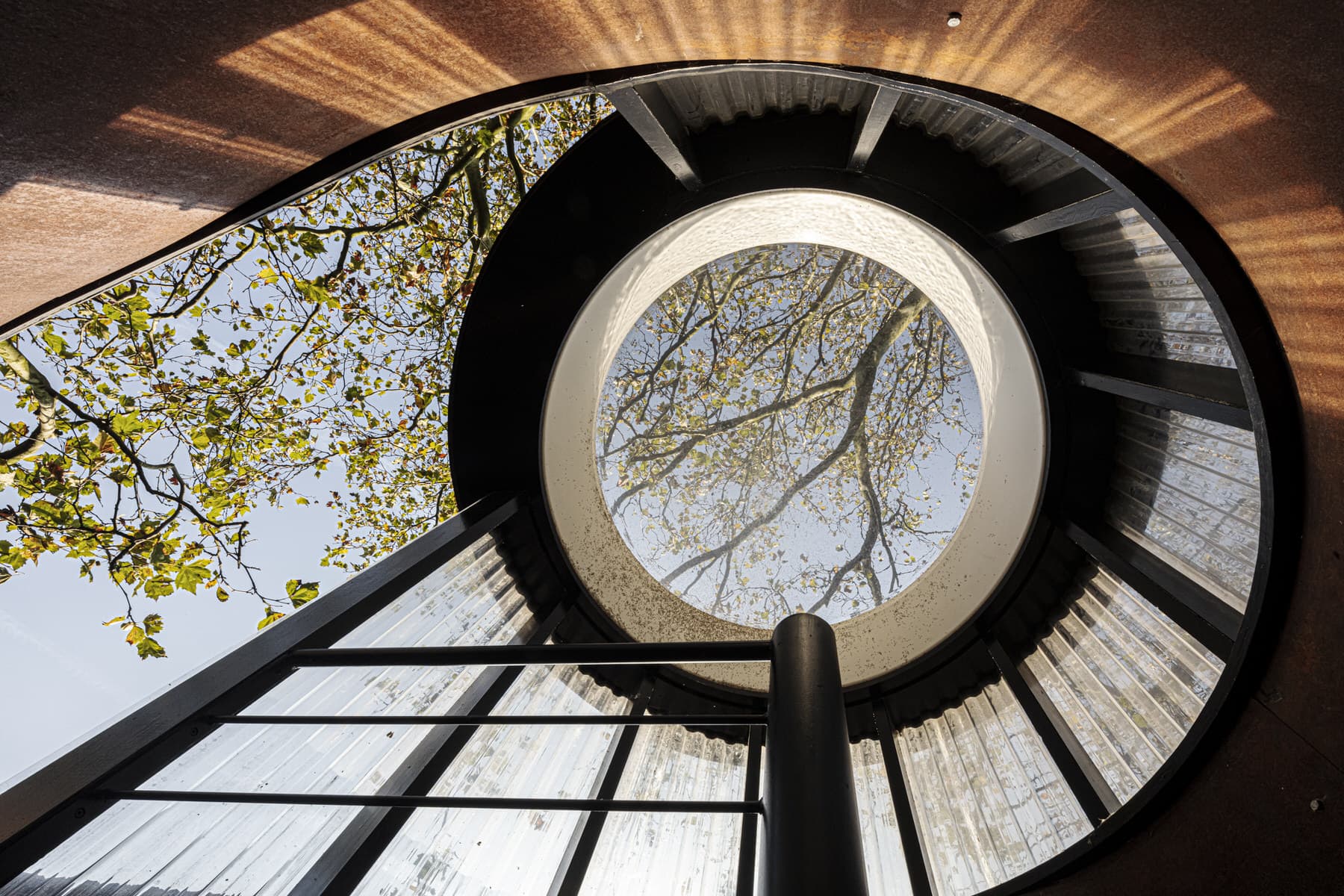 The approach into the pavilion is one of intrigue, deception and disorientation. The architects explain the sequencing where “guests enter the new garden shed and bicycle shed through the living room of the client, after which they descend a staircase and end up in a long underground corridor. The disorientation is complete. A first surprise awaits them when they arrive in a small cinema hall with red curtains. David Lynch is not far away. Opposite there is a small, nice bar with an equally strange character.” In this area, guests are treated to previews of films, soirees and other cultural exploits.

Once at the base of the spiral staircase, guests wind their way up out of the dark vault and into the sun-soaked guesthouse. This space is unlike any you have ever seen. A wonderous wooden cave emerges that is so unusual yet cosy and welcoming. 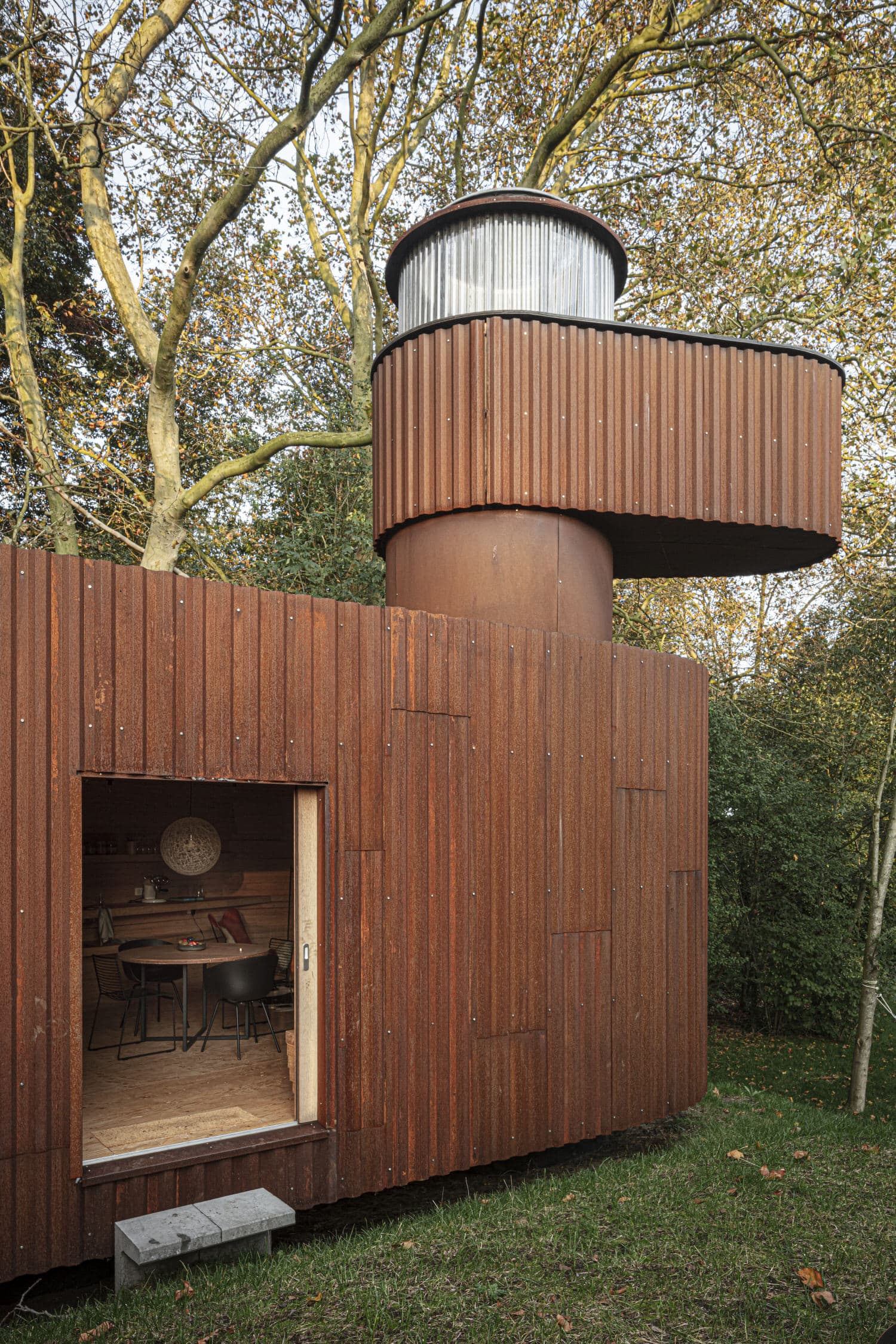 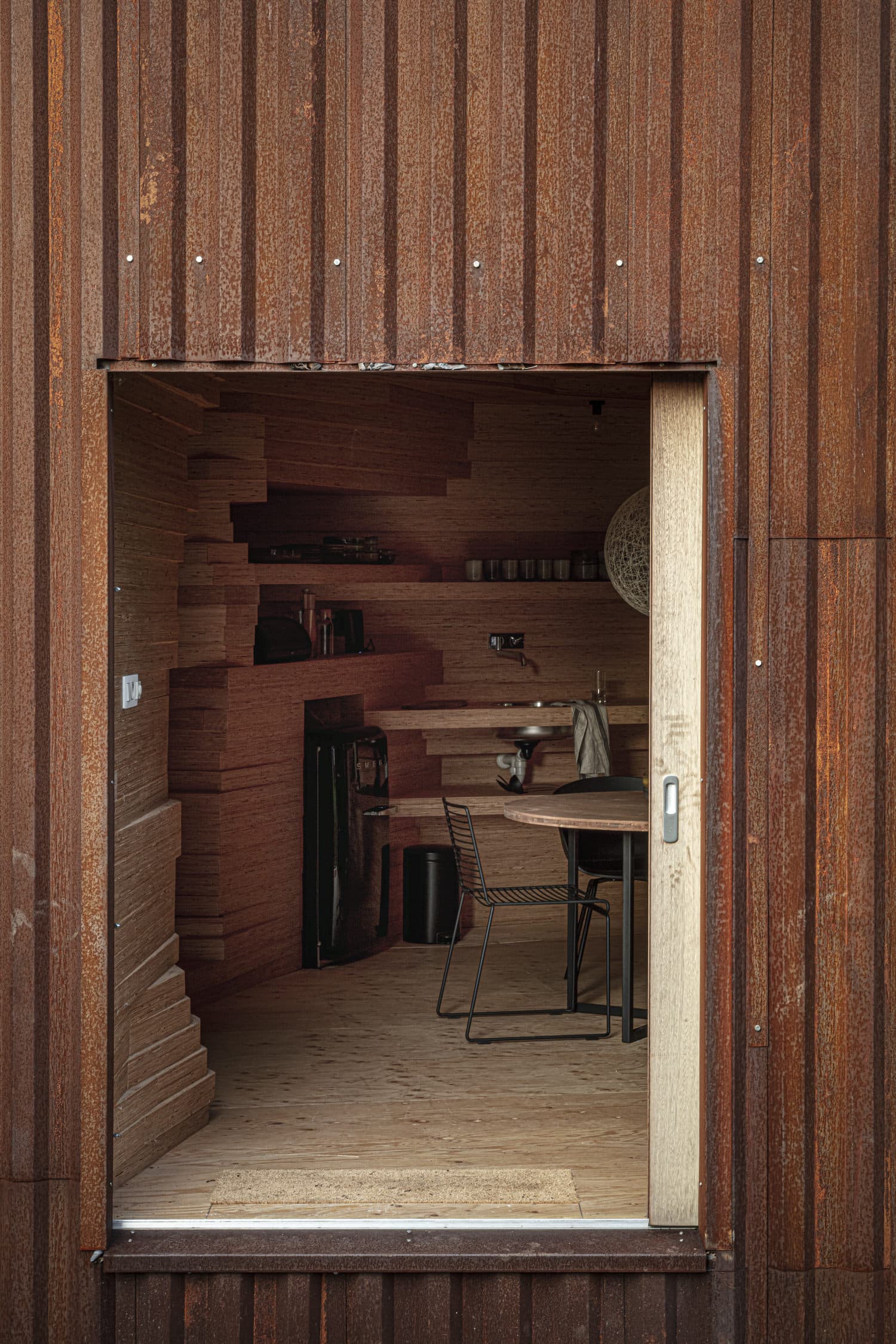 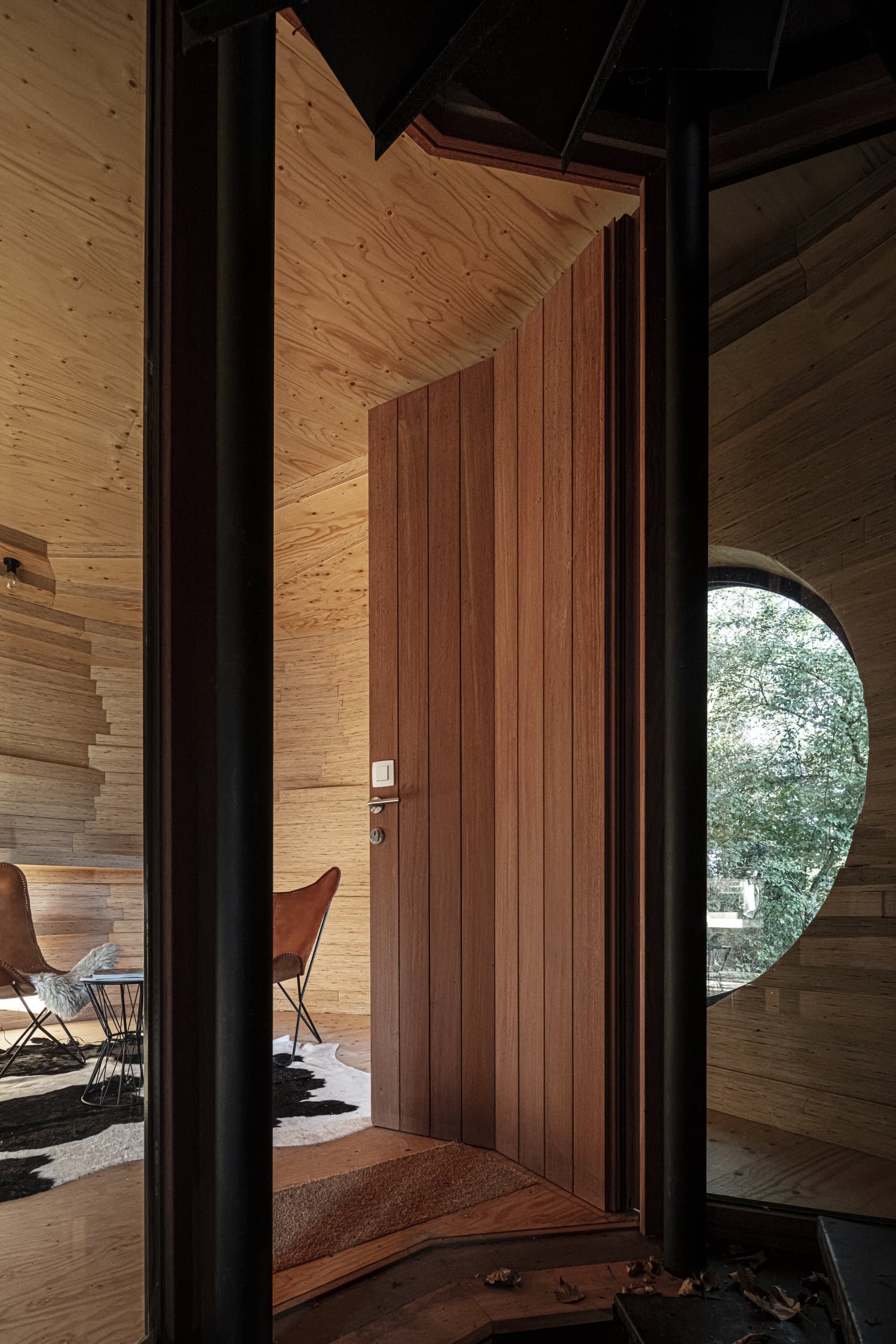 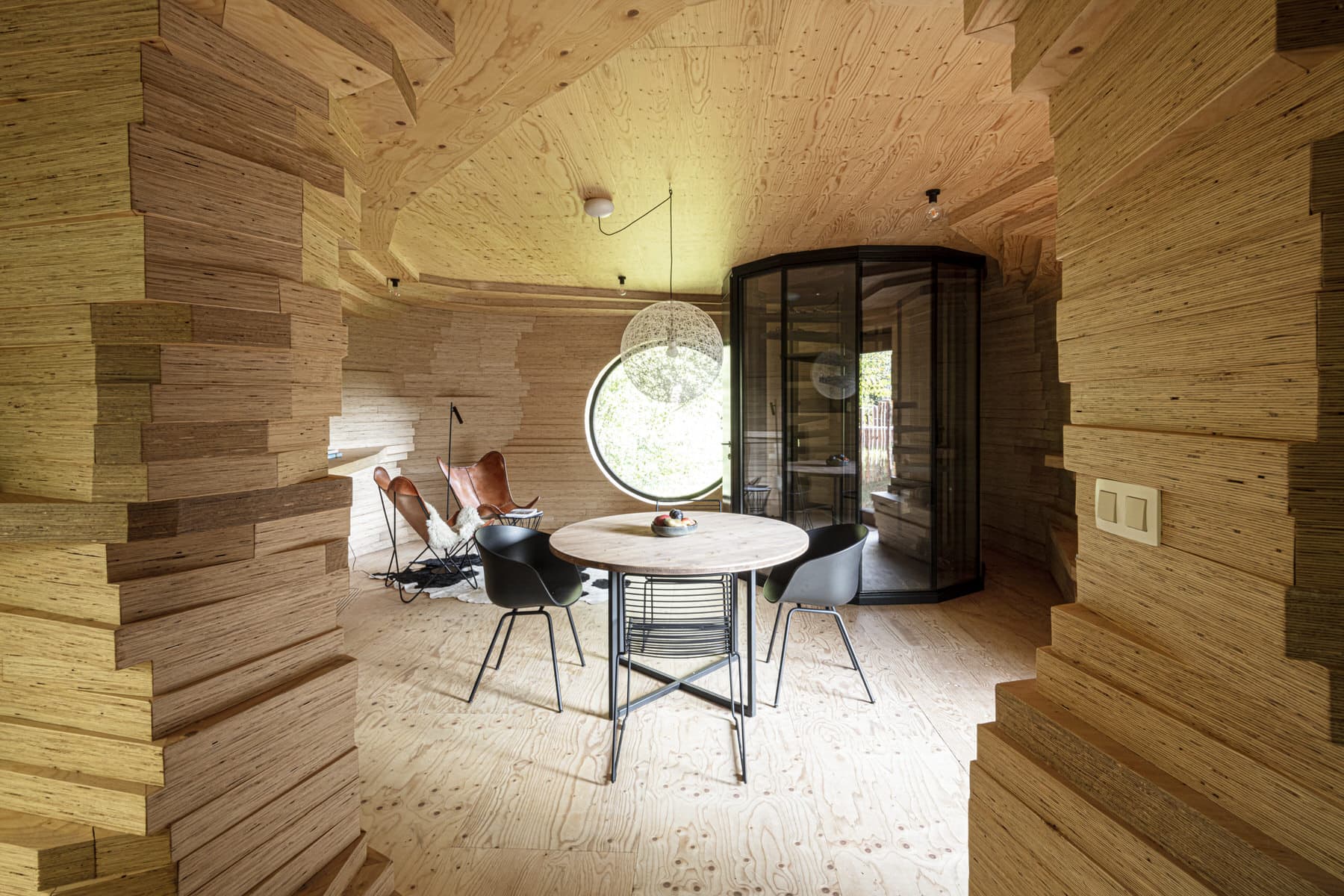 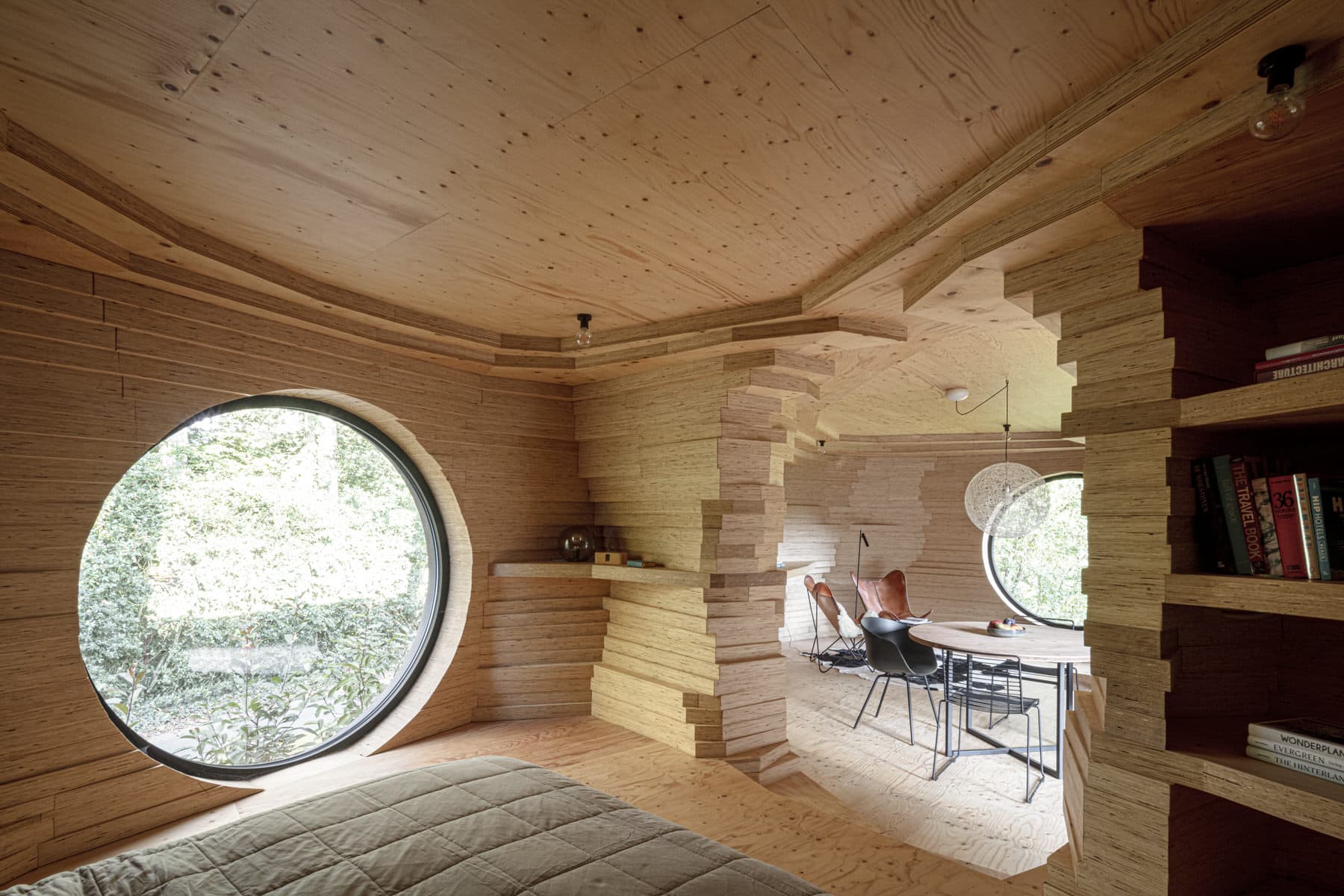 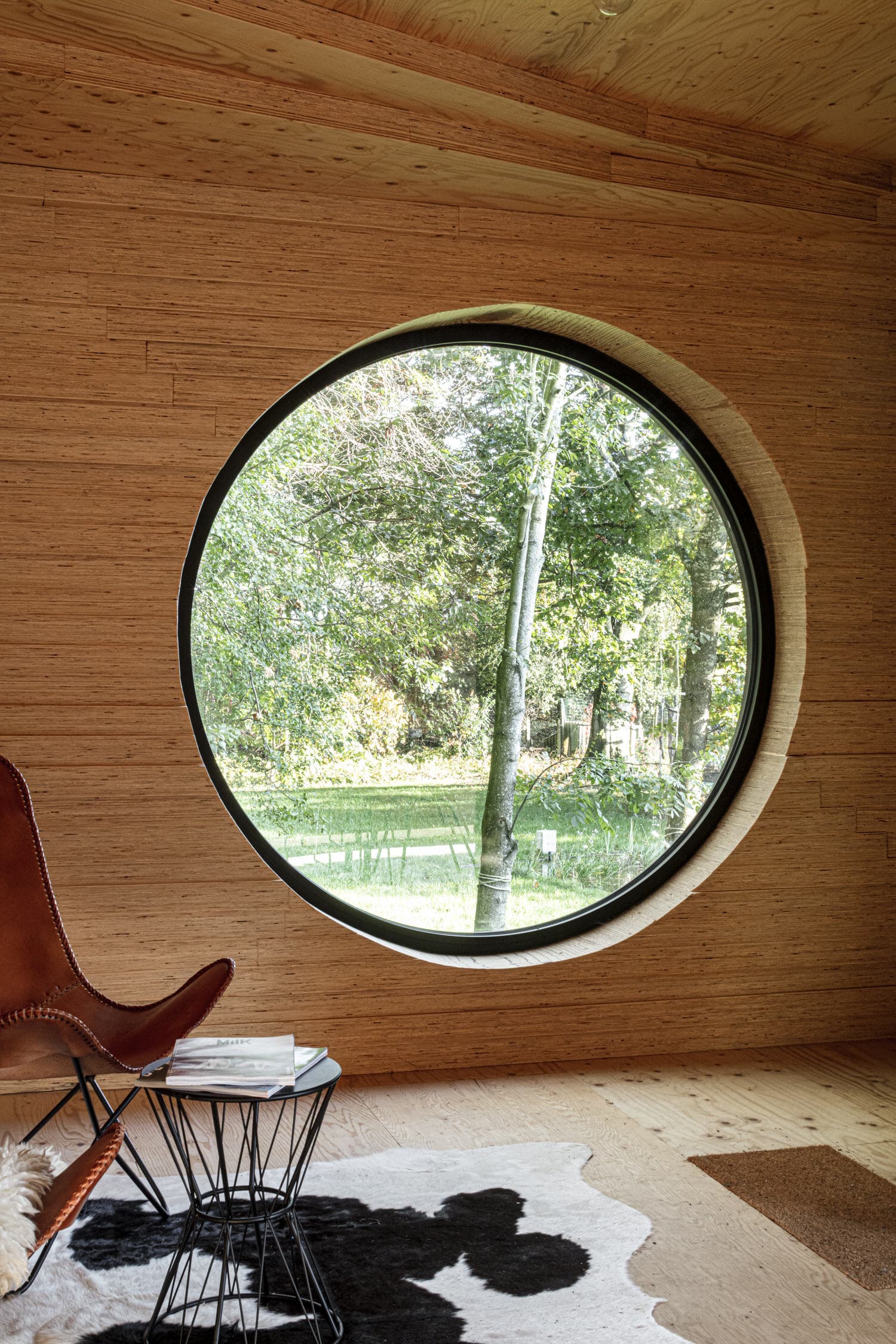 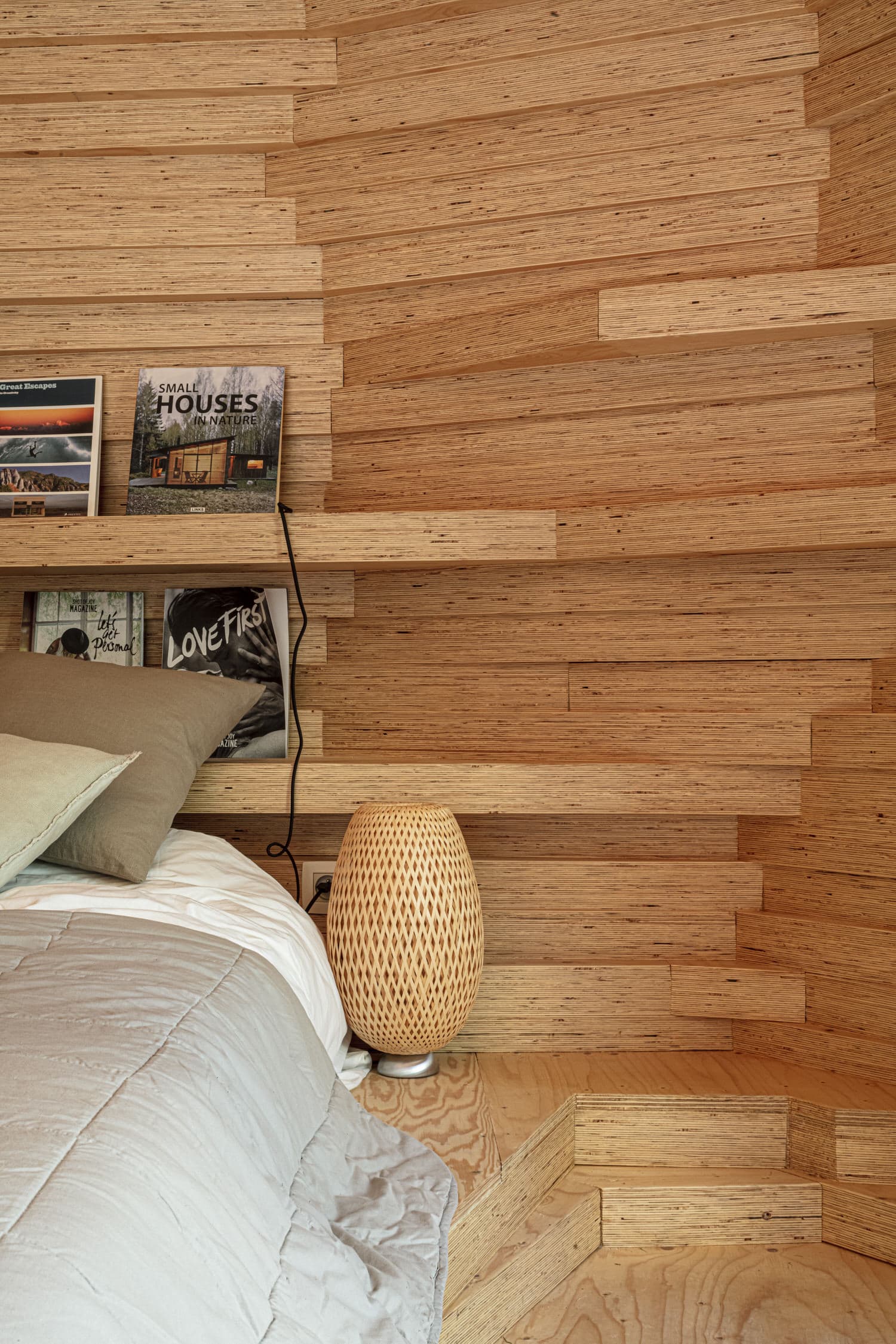 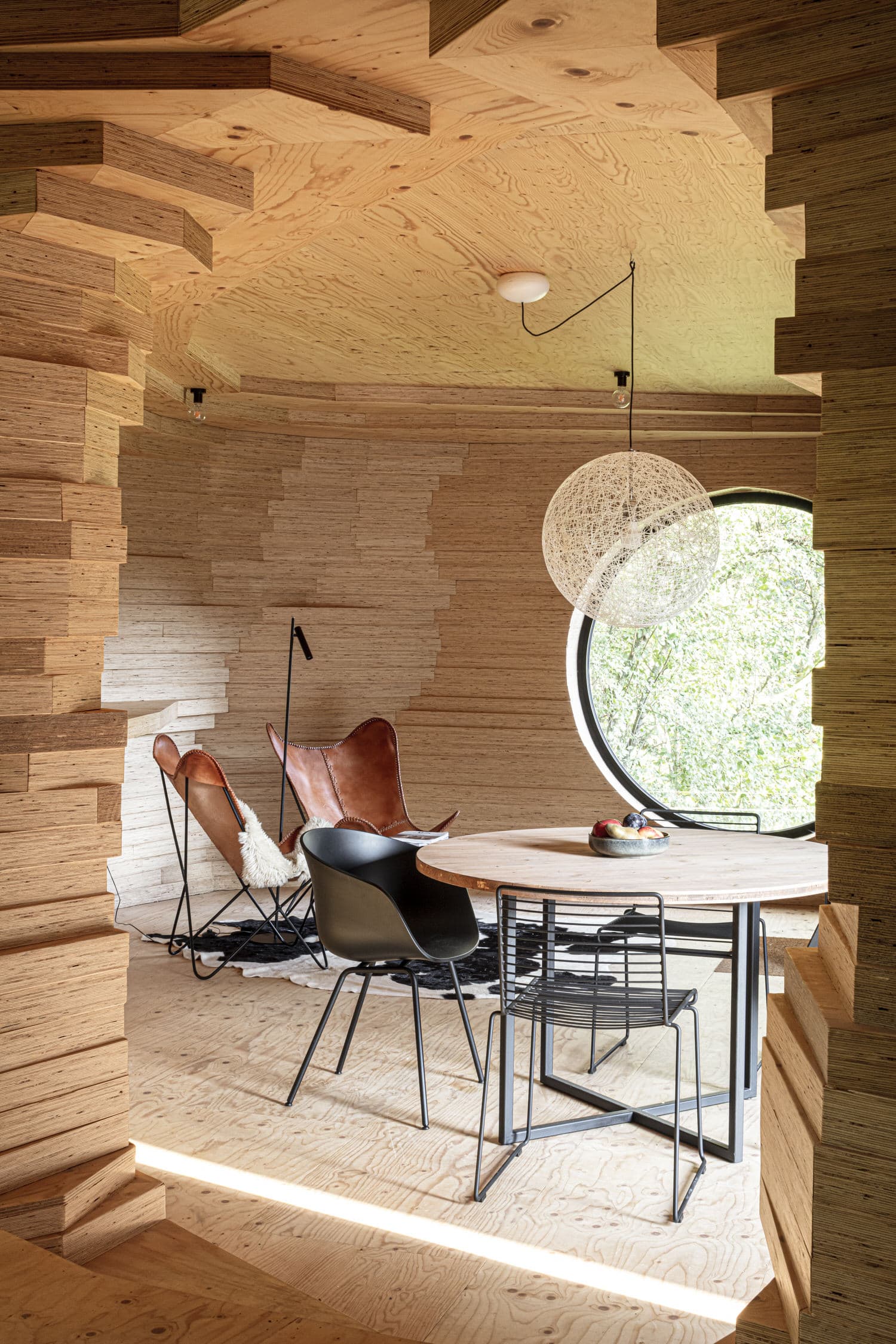 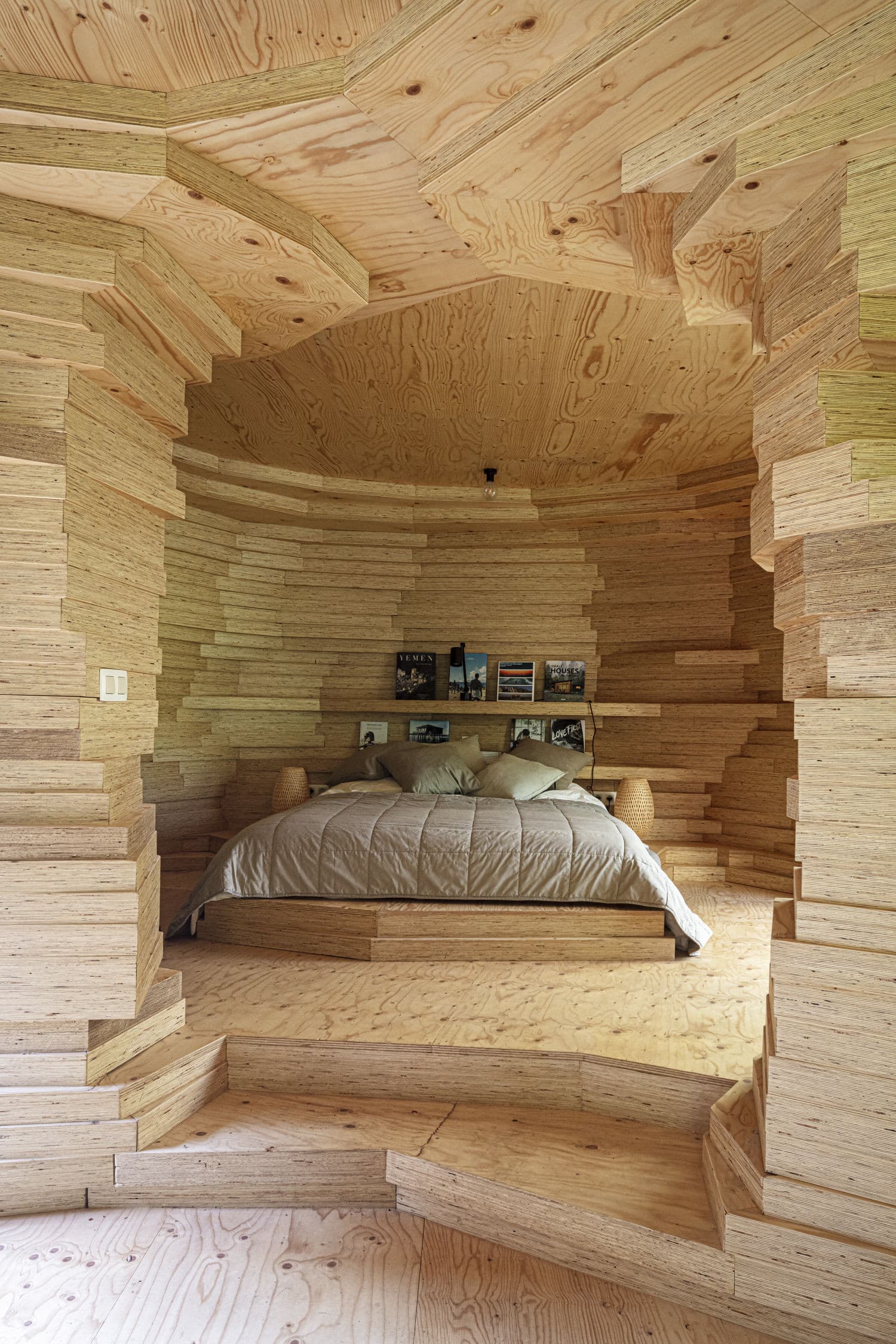 Layers of 40mm thick laminated wood make up the floor, walls and ceiling as well as the inbuilt features such as bookcases, benchtops and the bed base. Designed as one interconnected piece of furniture, this wooden part of the guesthouse was constructed in a studio and later rebuilt on site.

The architects describe that since “the interior is quite monotone colour-wise, the attention is drawn to the big circular windows in which the garden and a castle are framed.” At the top of the staircase is a watchtower that overlooks the entire area as well as the Schelde River valley. Up here you can also enjoy an outdoor shower amidst the canopy of surrounding plane trees. 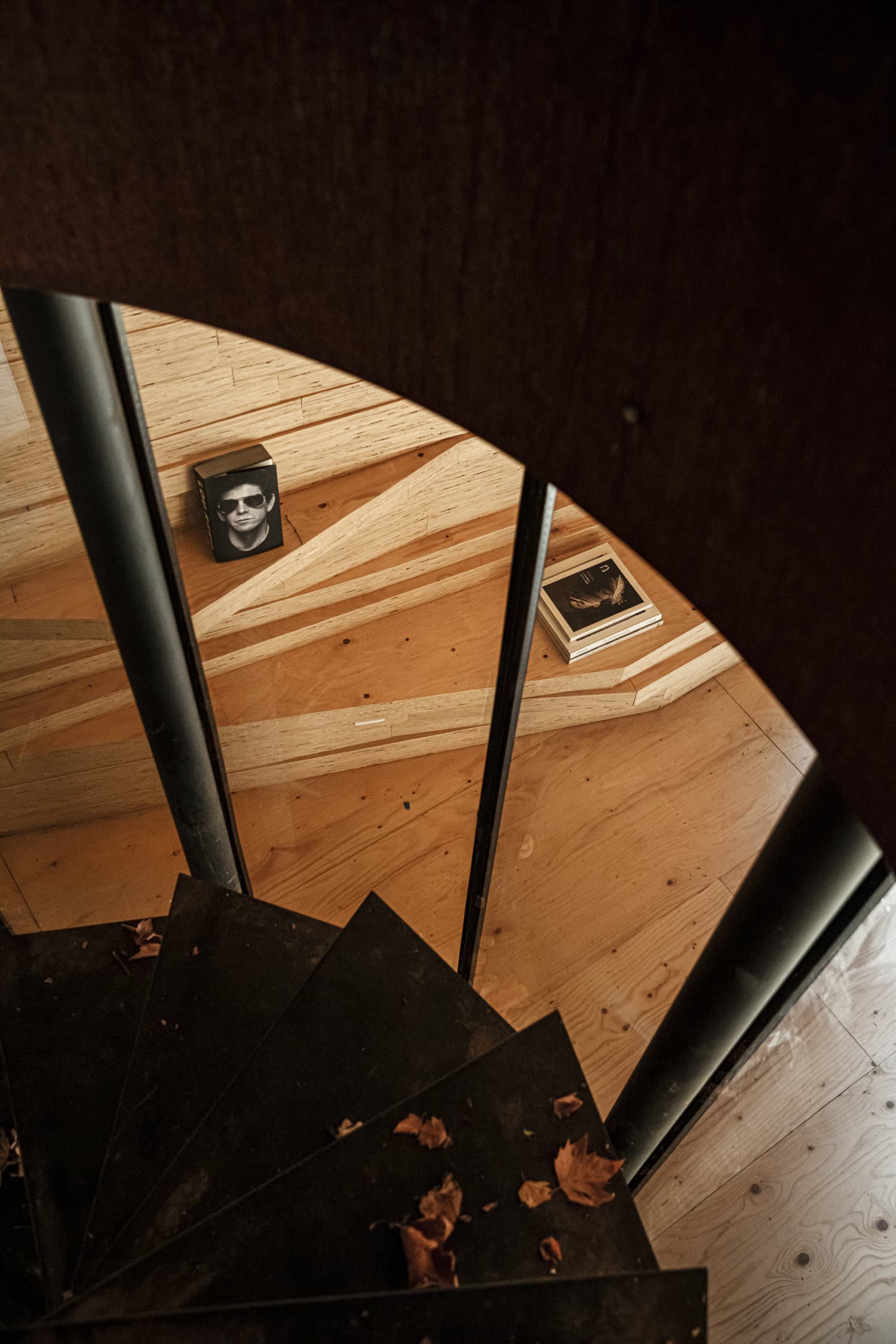 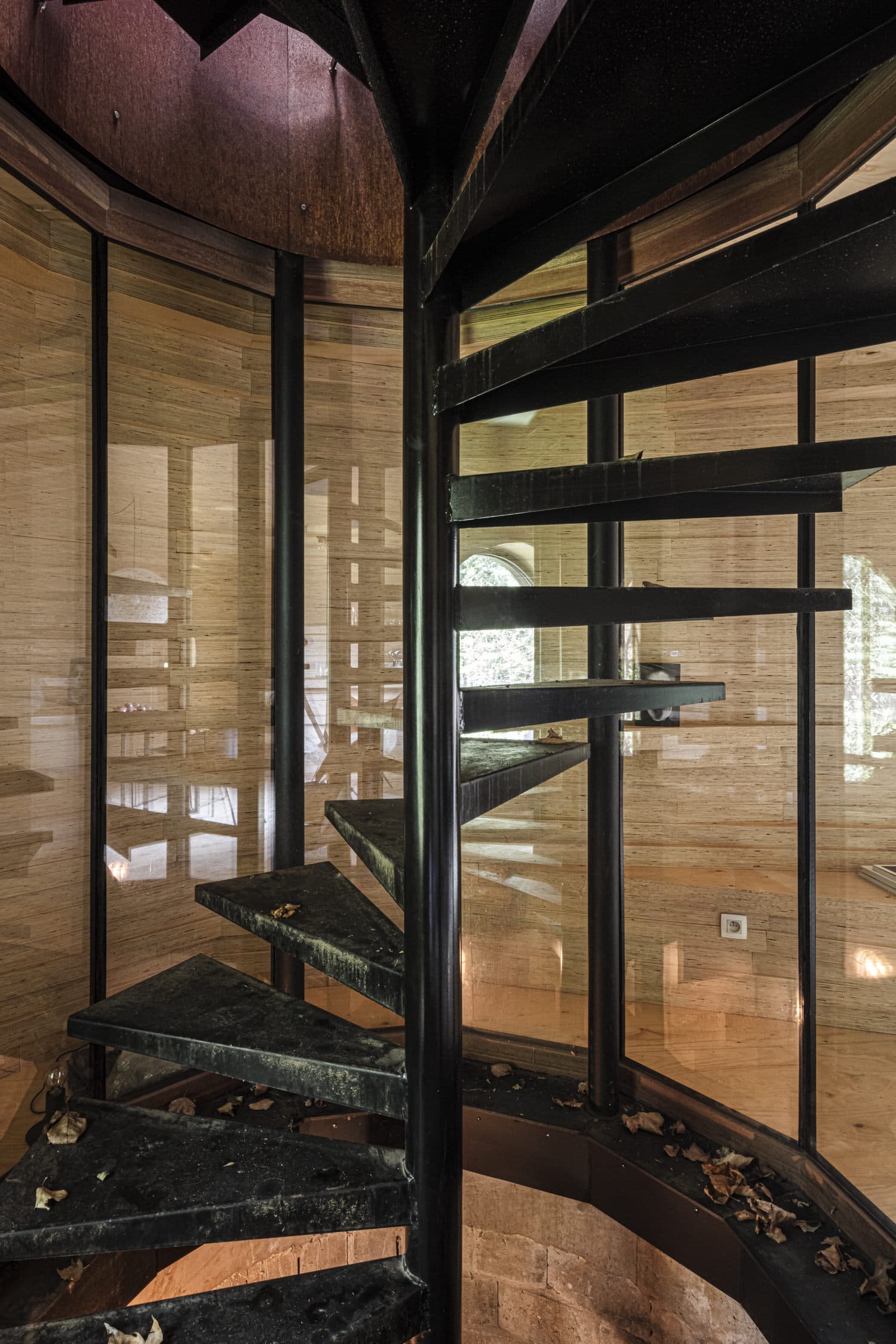 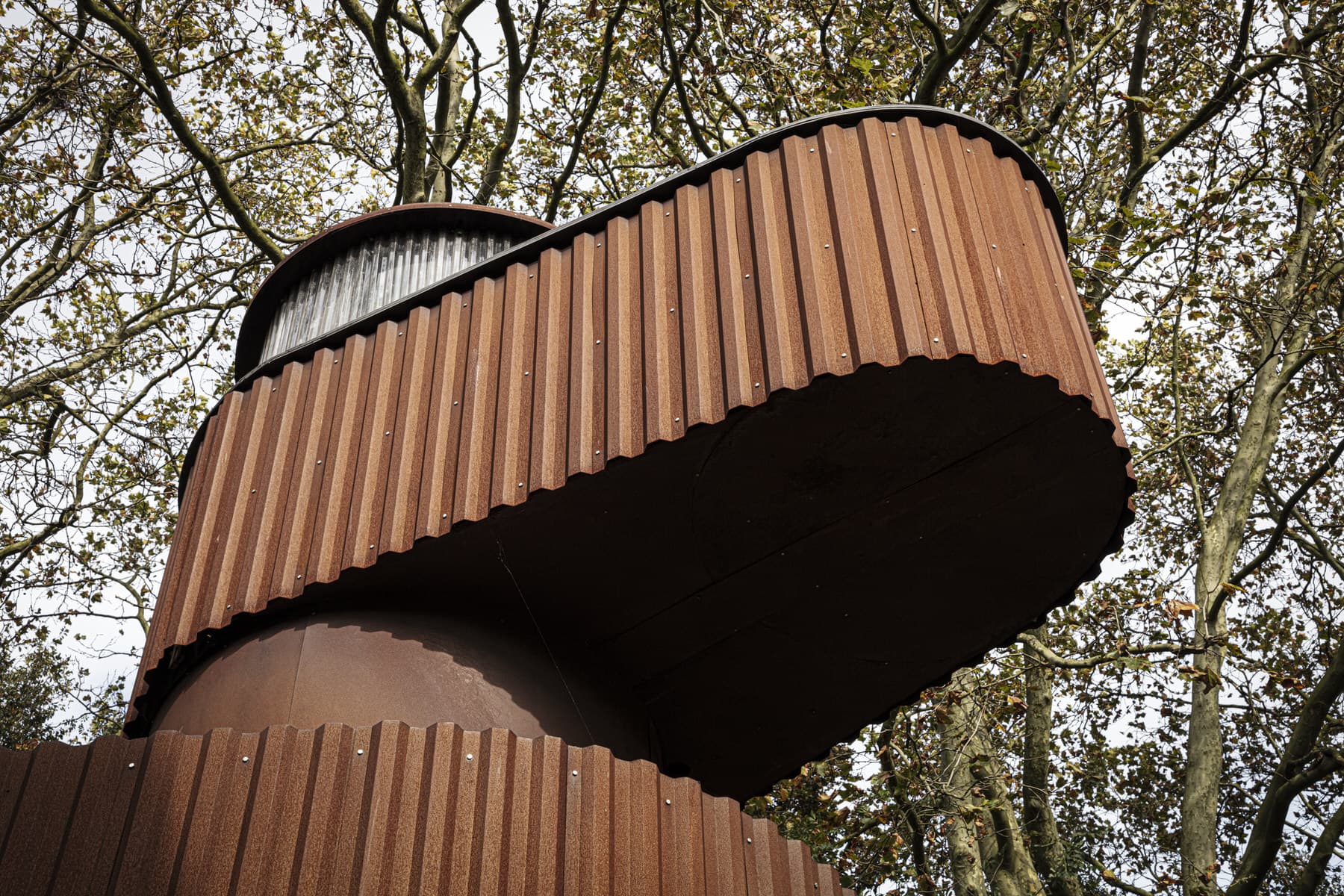 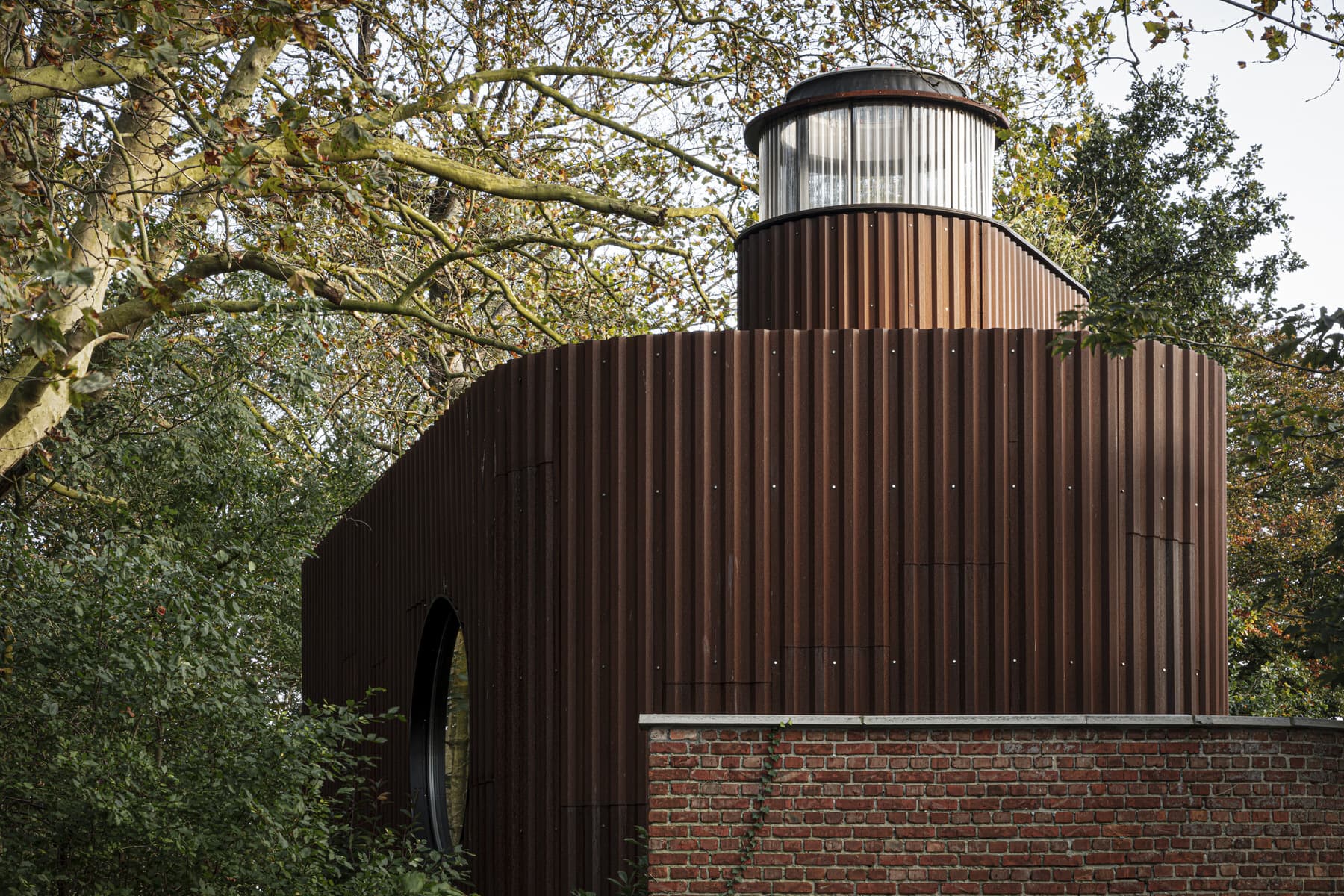 Atelier Vens Vanbelle maintain that “this project was designed as a kind of cinematic experience, in which you are catapulted from one atmosphere into another and which responds strongly to your feeling.” The architecture unfolds like scenes in a film inviting guests to get swept up in its peculiar narrative.

Staying here would no doubt be an unforgettable experience and welcomed escape from reality.