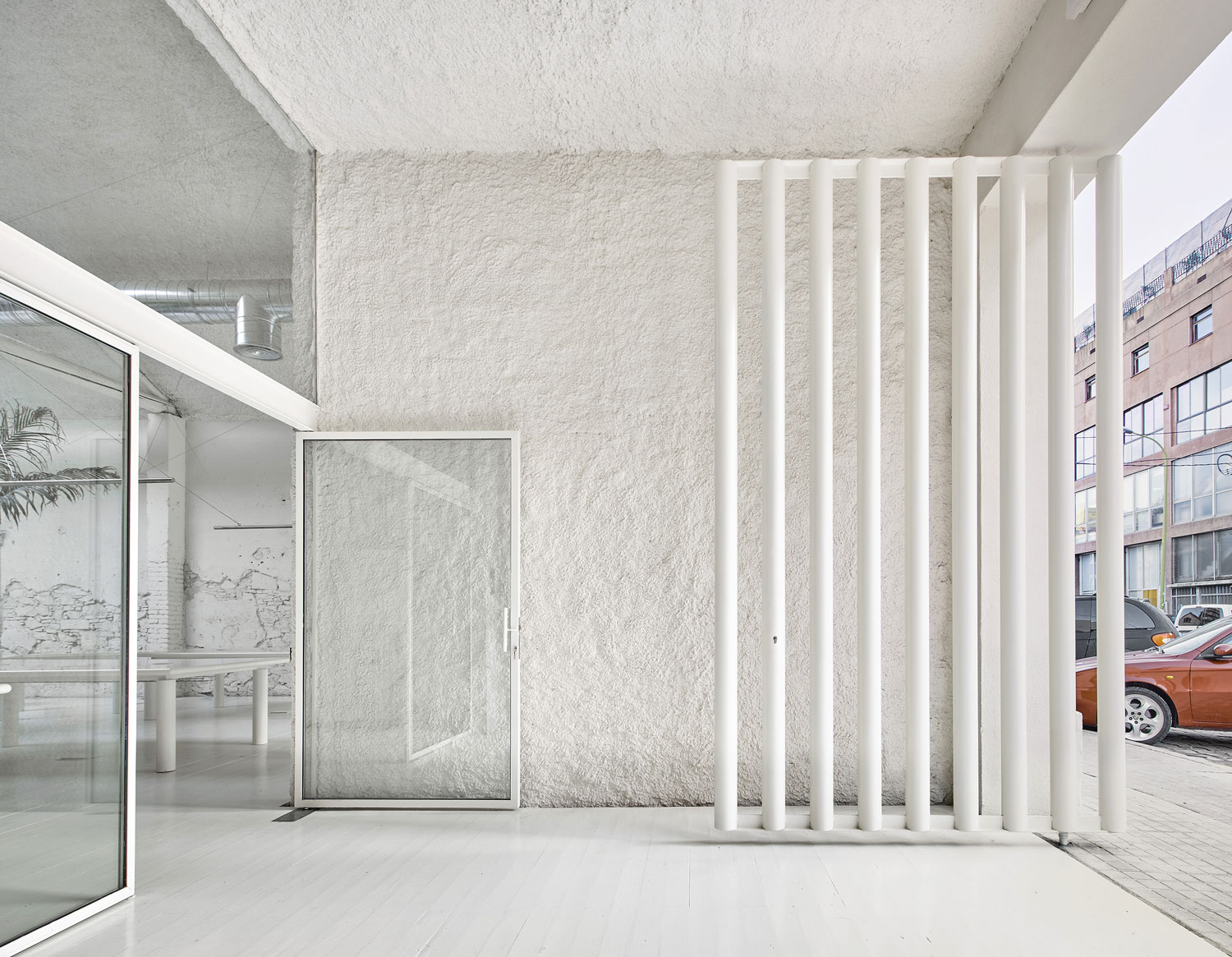 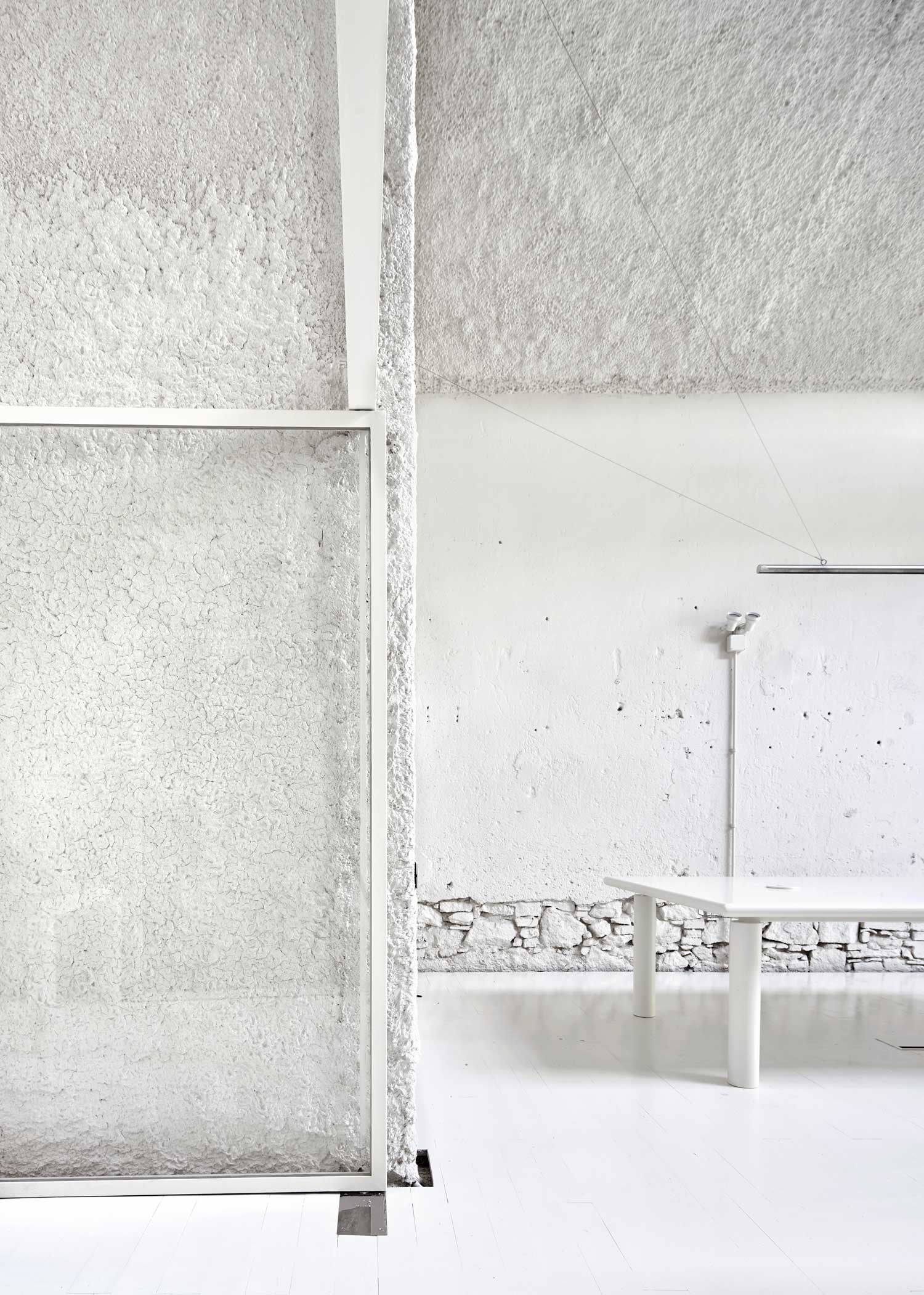 have transformed an old factory in into an innovation hub dubbed Acid House. No, this is not a space where you go drop acid – this is a cultural and creative centre for entrepreneurship and business innovation. Roger that, captain.

The two-part building is distinguished with a double pitched roof volume in one half and a double-height ceiling in the second one. Located in Barcelona’s Poblenou neighbourhood, Acid House is imagined as a 10-year project, bolstered with other complementary business also accommodated in the such as Folch, Elisava, Vice, Nomad coffee, Whitehorse and Offf.

“By strategically placing the different actors involved, the configuration and distribution of the pre-existing factory space has been respected and preserved,” says the design team at Arquitectura-G. 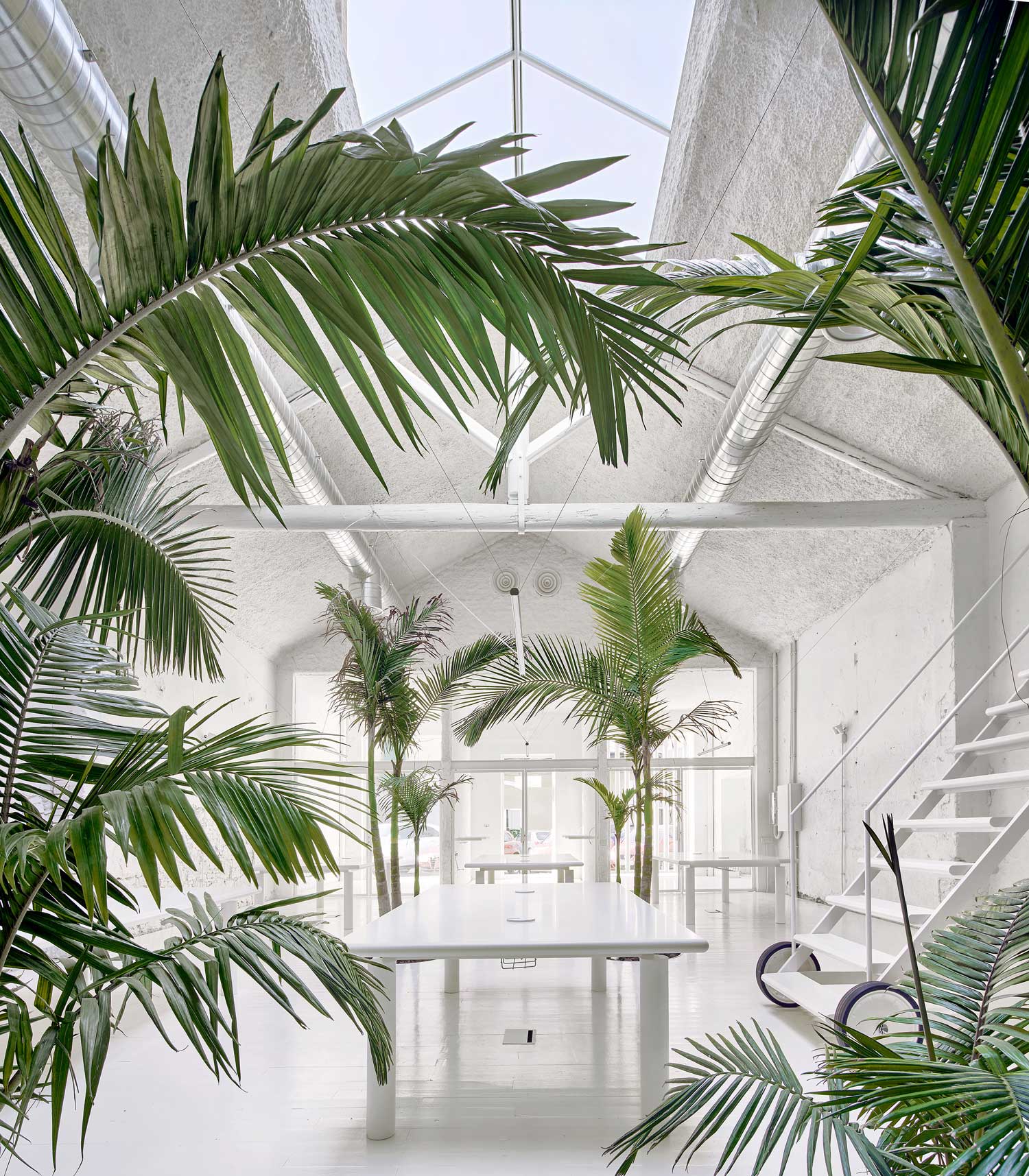 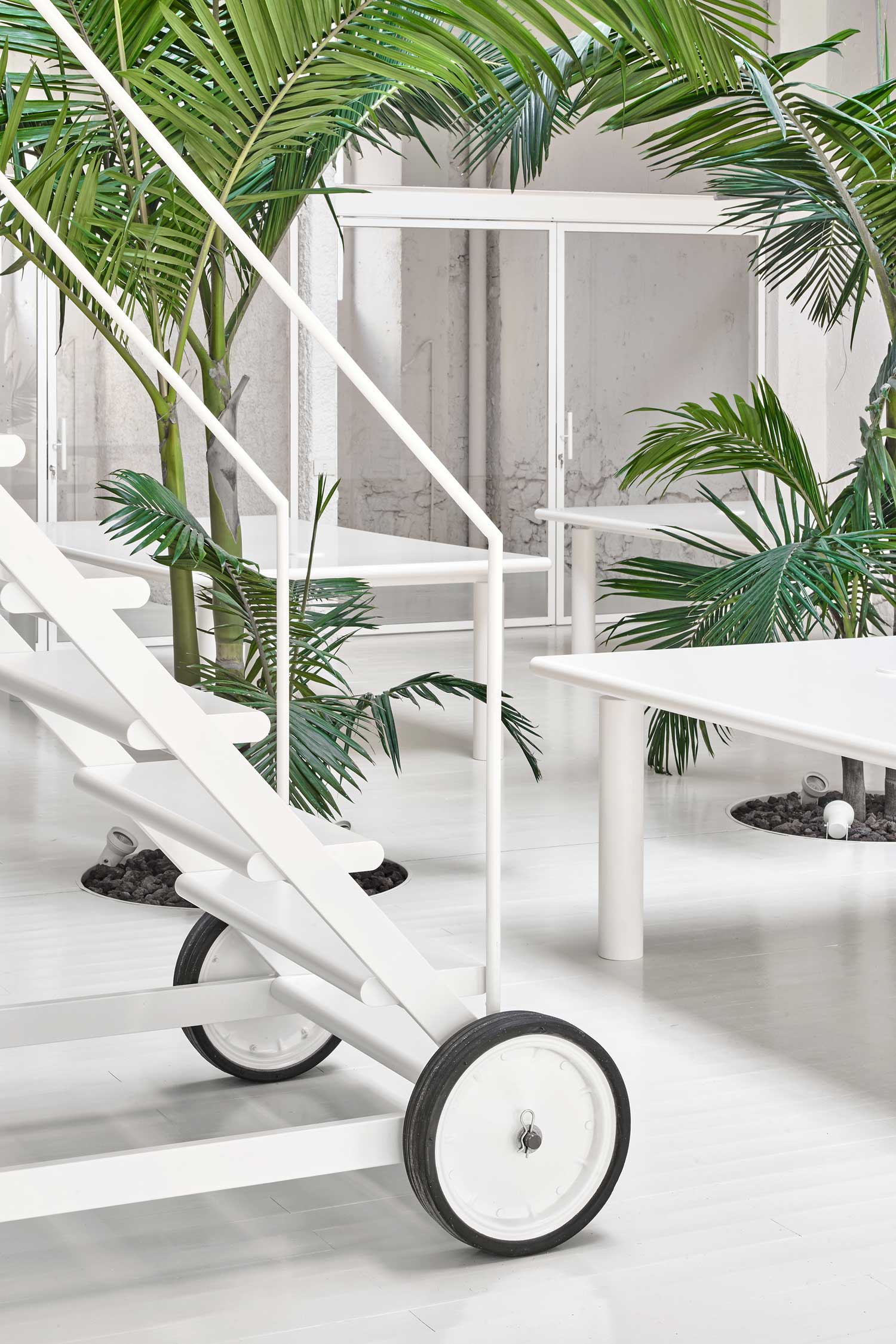 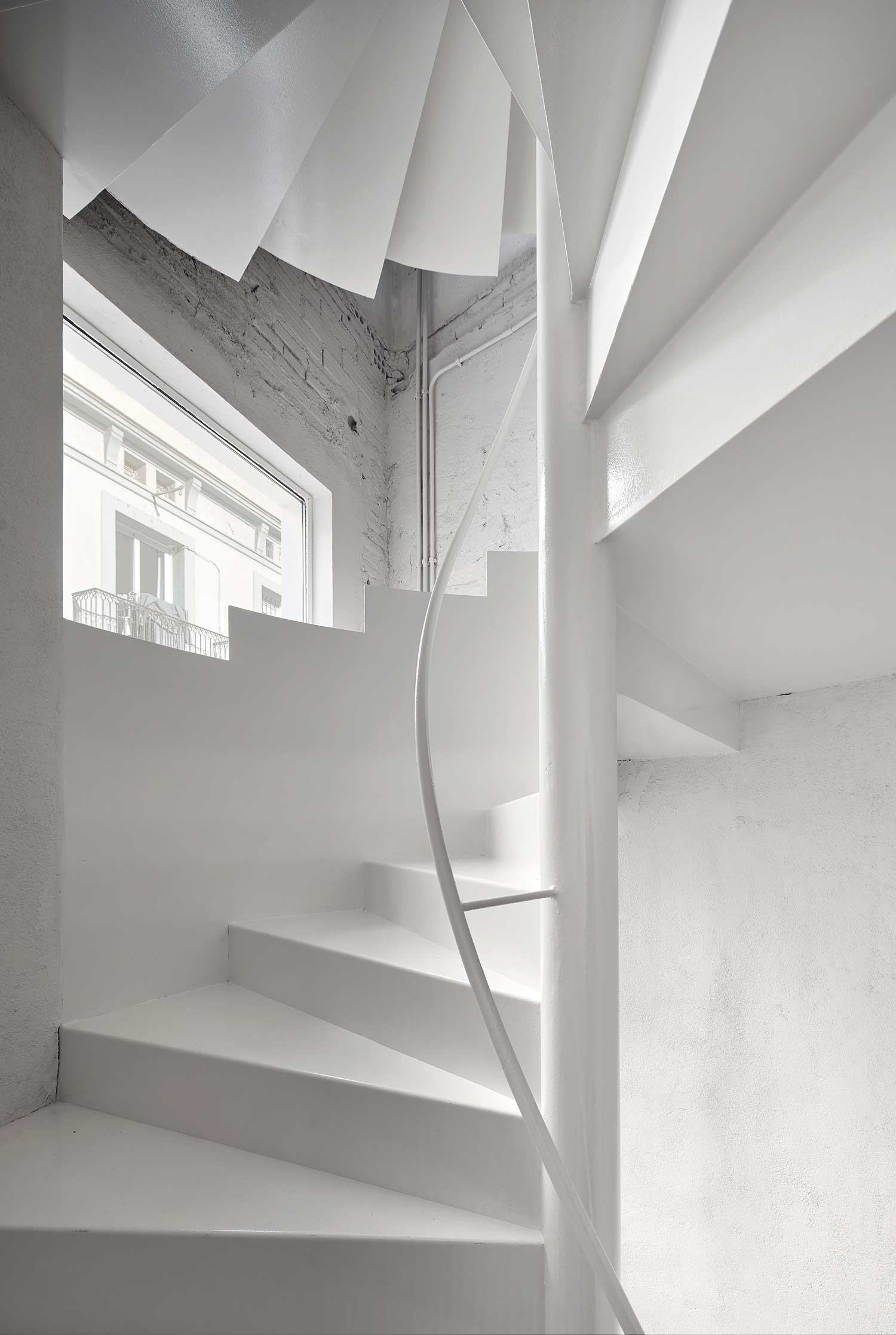 The volume with direct access to the street on the ground floor houses the main office, thus serving as a filter for the more private spaces.

With the aim to unify the original shell, the diverse existing materials and texture of the factory shell were painted out in a shade of bright white.

The flexibility of the interior is achieved through a series of moveable furniture elements such as mobile tables and stair platforms, which ultimately detach from fixed built-in elements. The plants bring a colourful, softer touch to the white space while allowing a degree of semi-privacy to the meeting rooms located at the back of the main office.