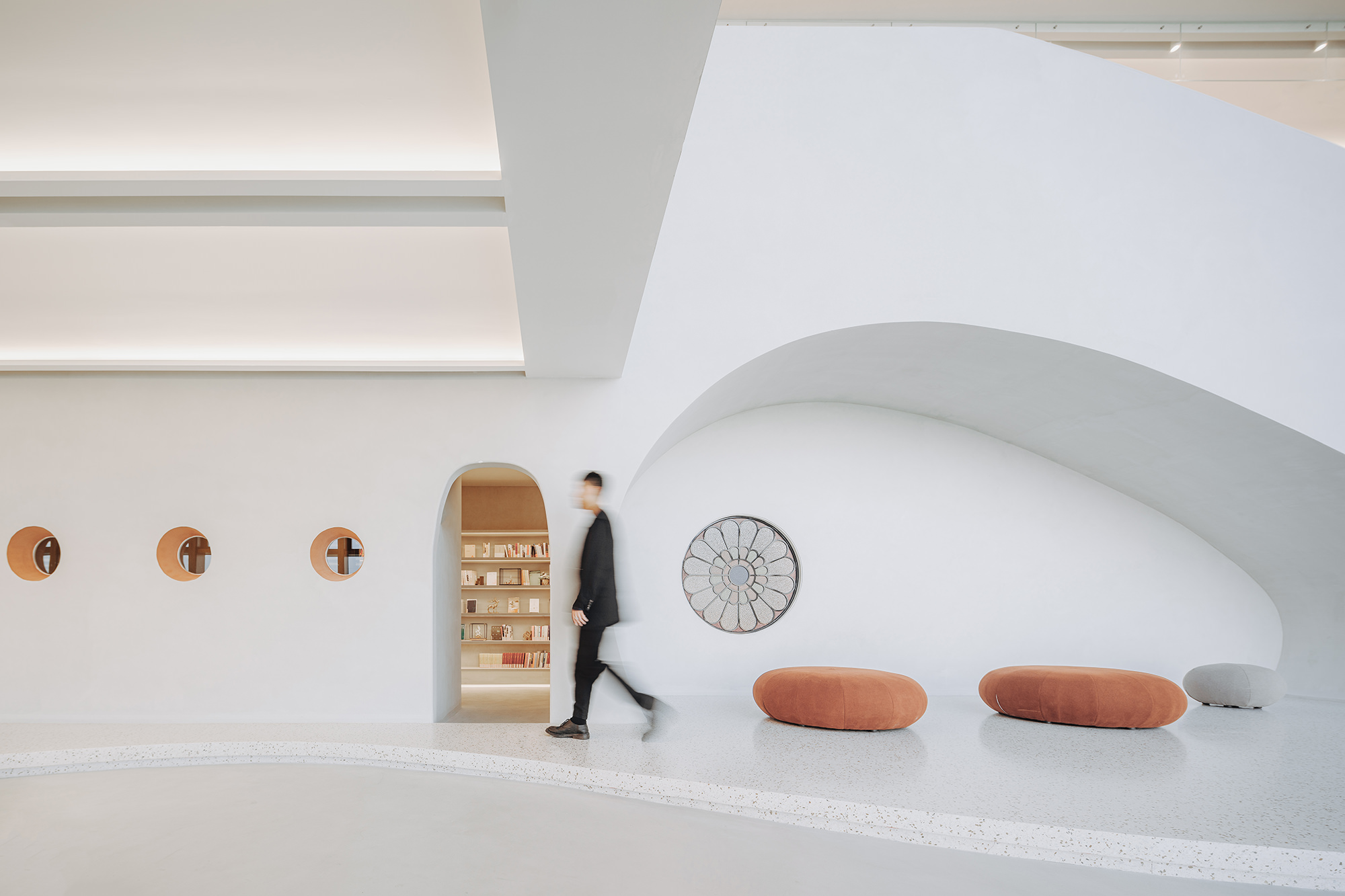 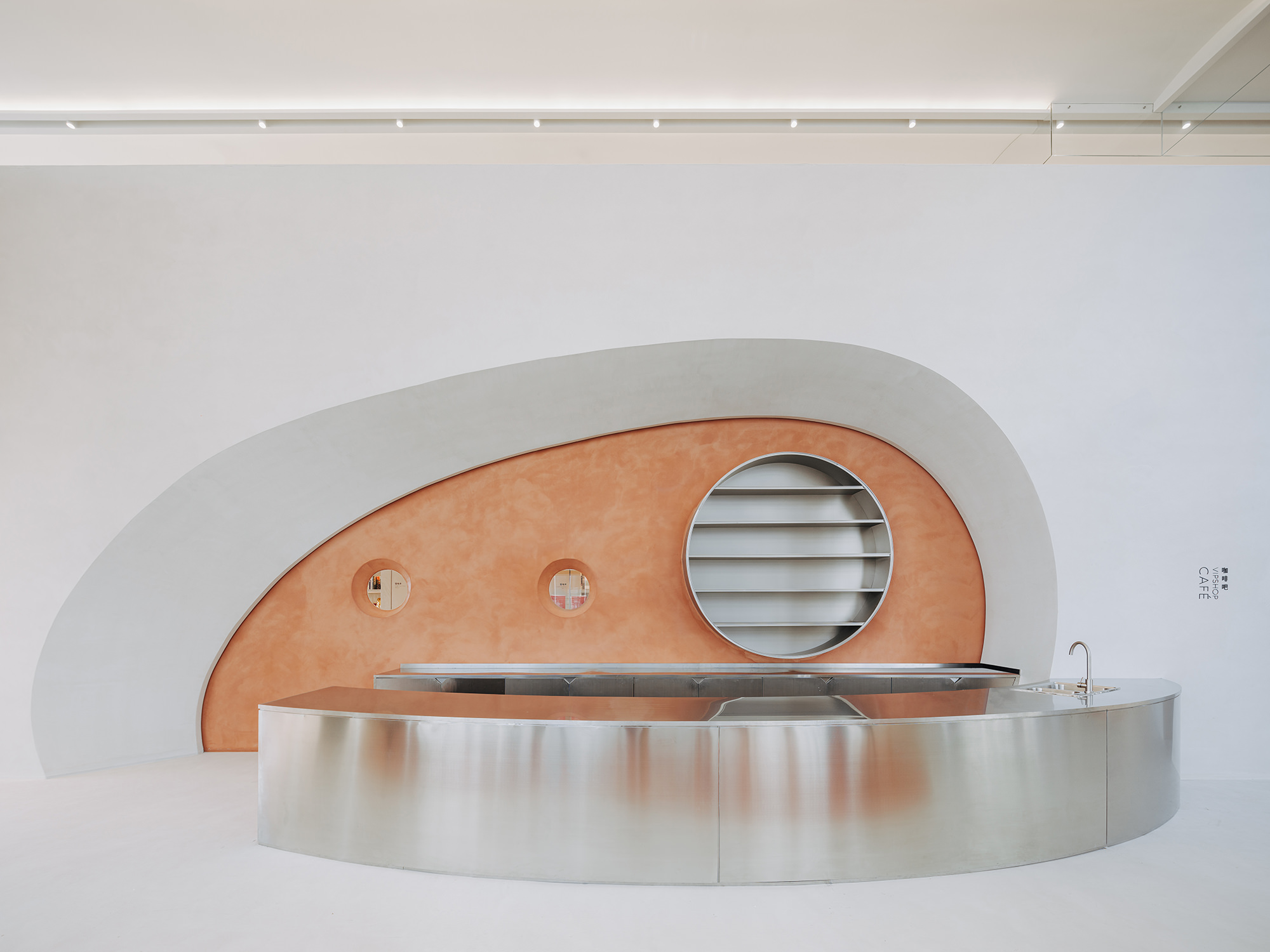 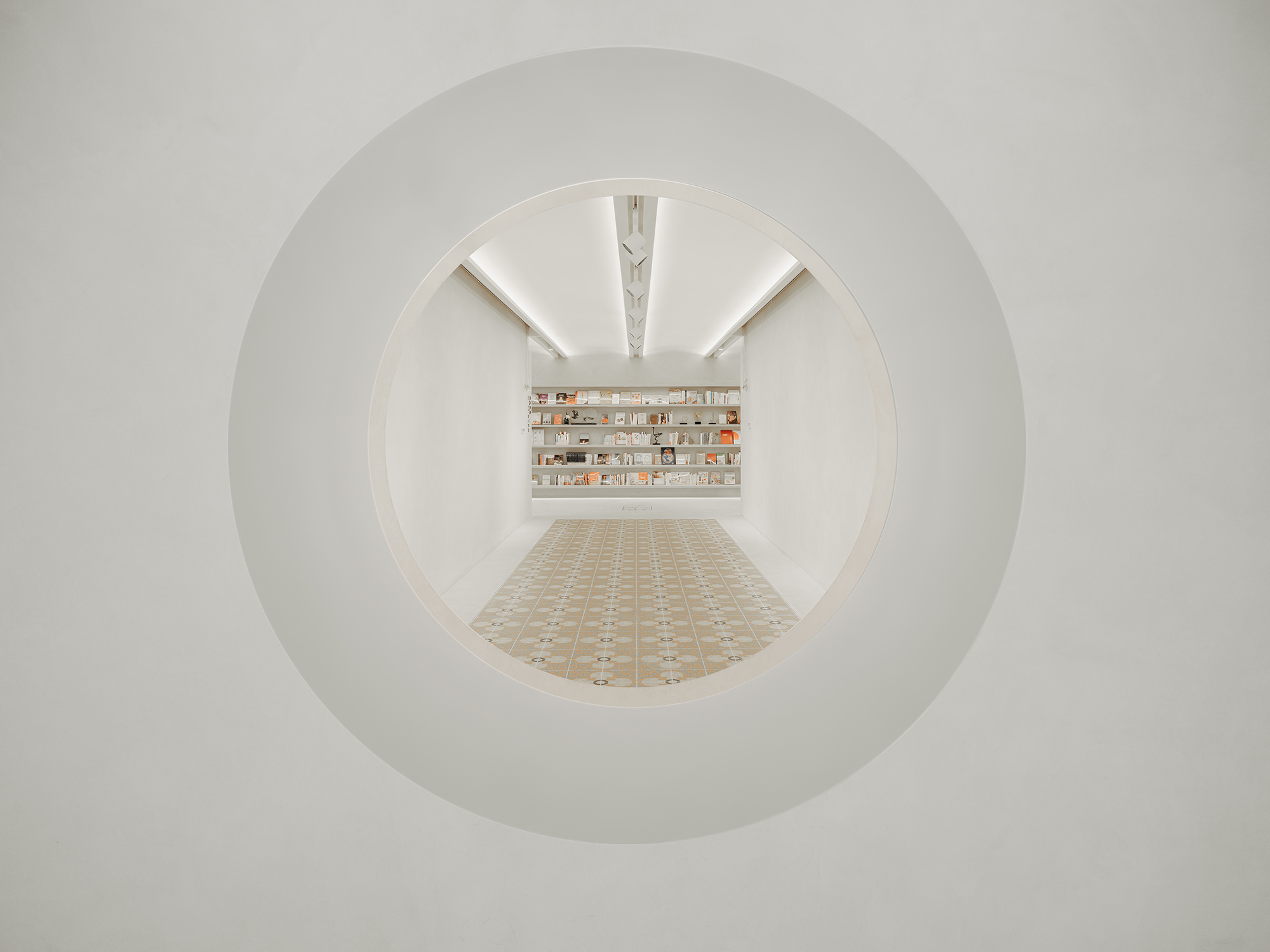 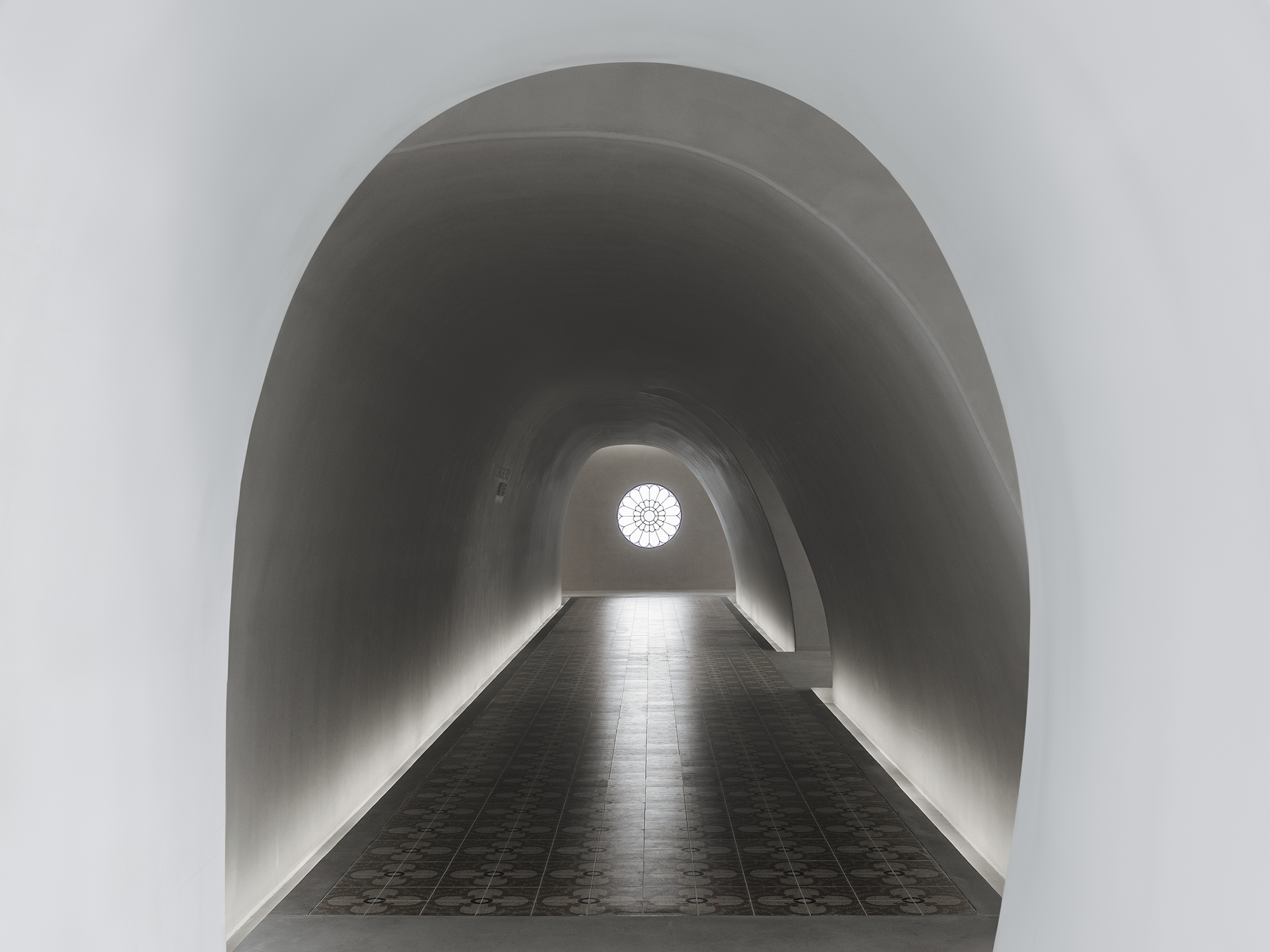 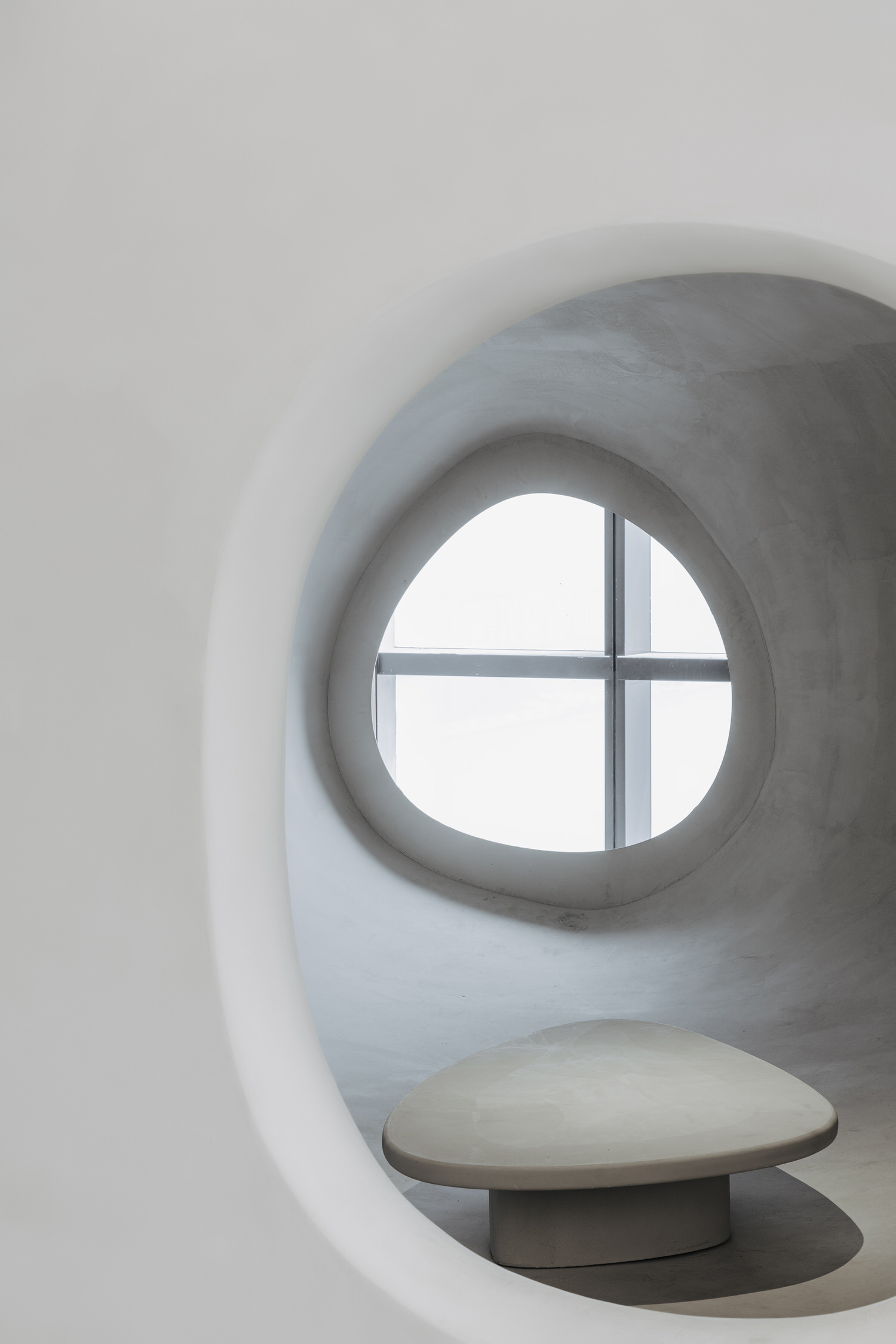 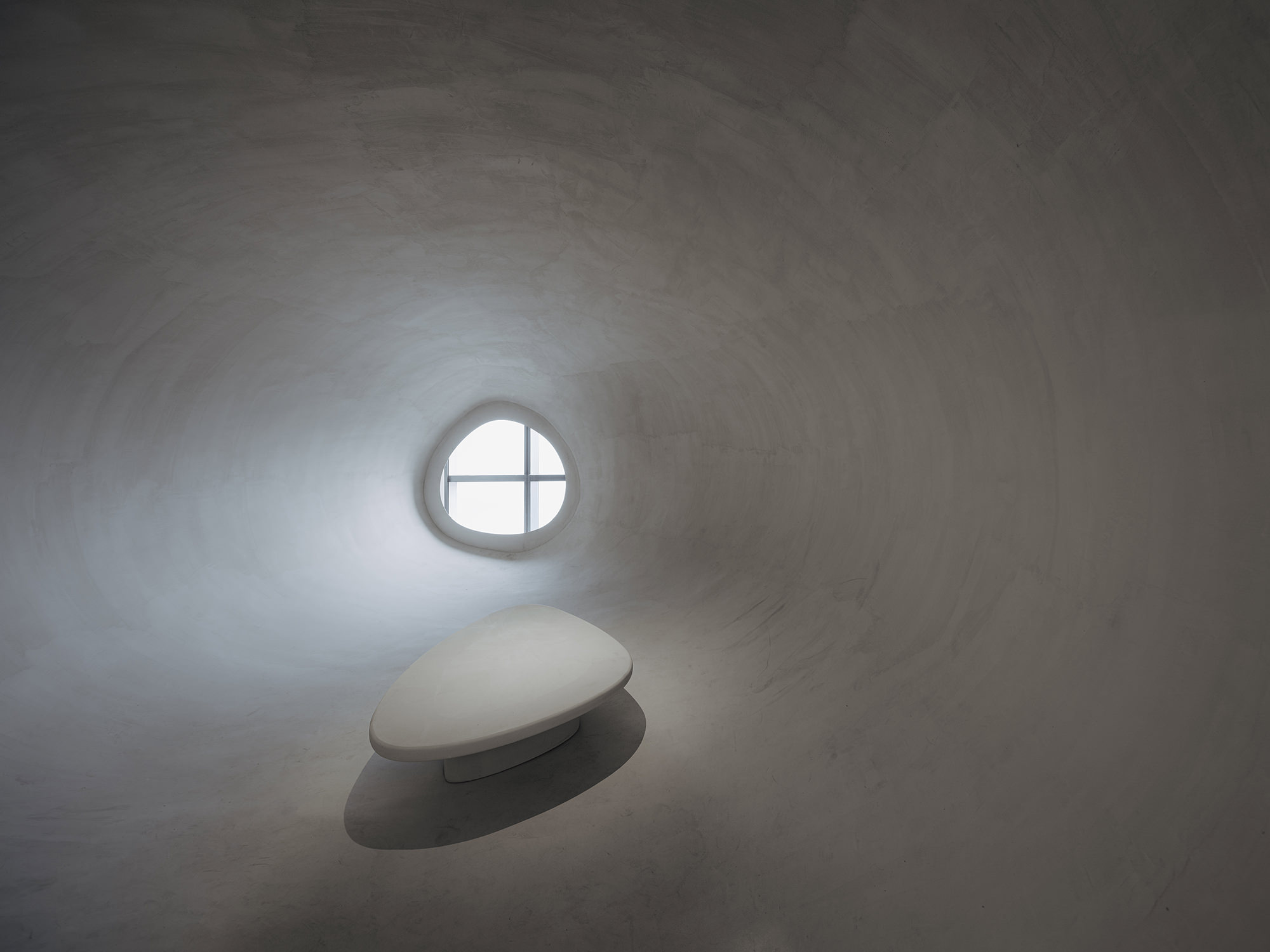 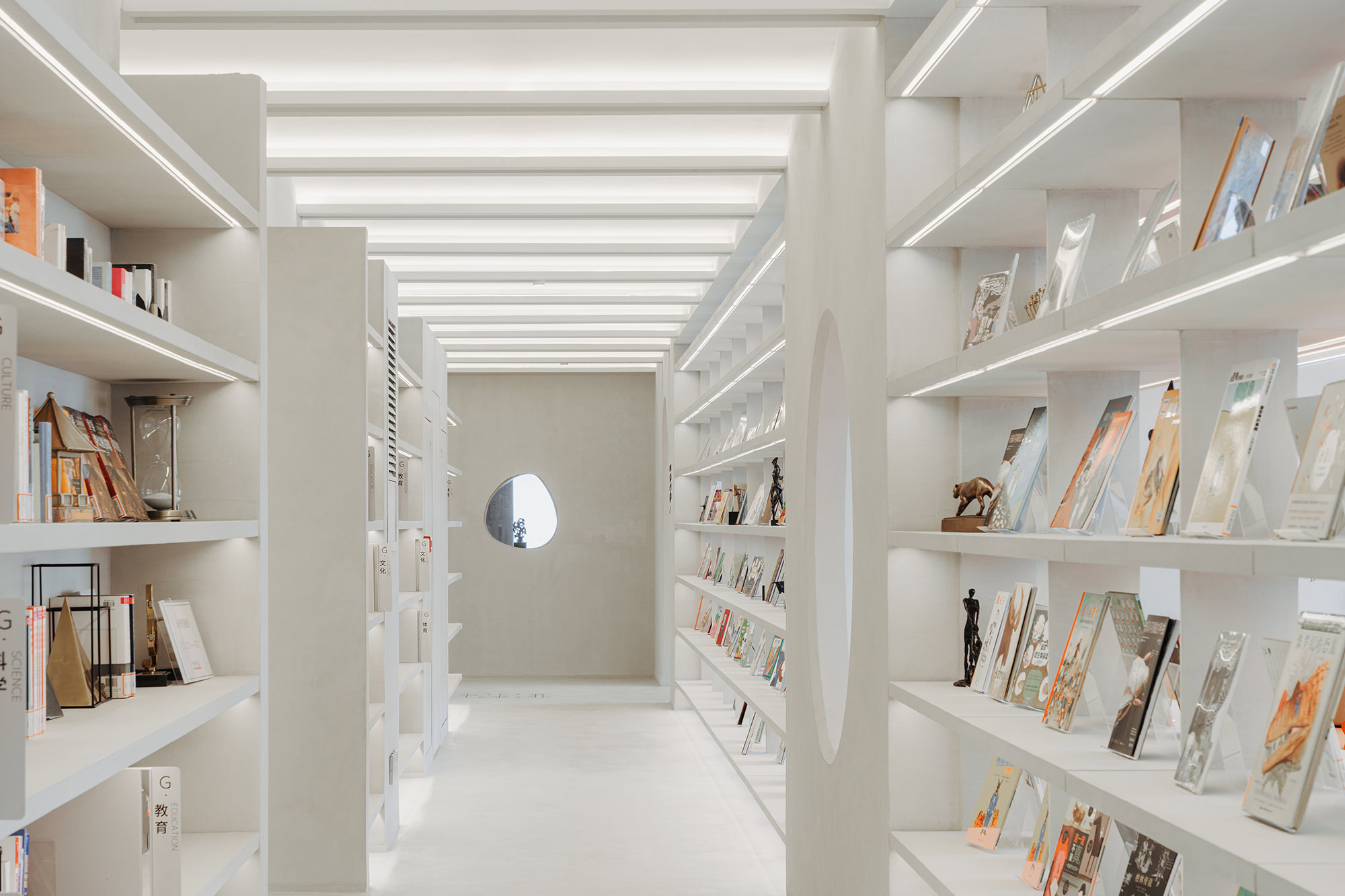 A sprawling, undulating landscape with conceptual dunes, riverbanks and waving hills make up this ethereal by , a celebration of light and life in the centre of , China. Housed in the headquarters of Chinese e-commerce company Vipshop, the library acts as a space of contemplation for the employees.

Conceptualised as an abstract city, The Satori Harbour is dreamlike in its execution. 2,000 square metres of paired with a soft, diffused palette creates a surreal sanctuary in this office building that feels worlds away from a bustling city.

With its unifying stucco and terrazzo in desaturated beige, the space appears light as a feather. Inspired by the Tao word Satori, employees can meander through rows of literature and experience a state of “transcendental being, as the morning light shining across the entire earth”. 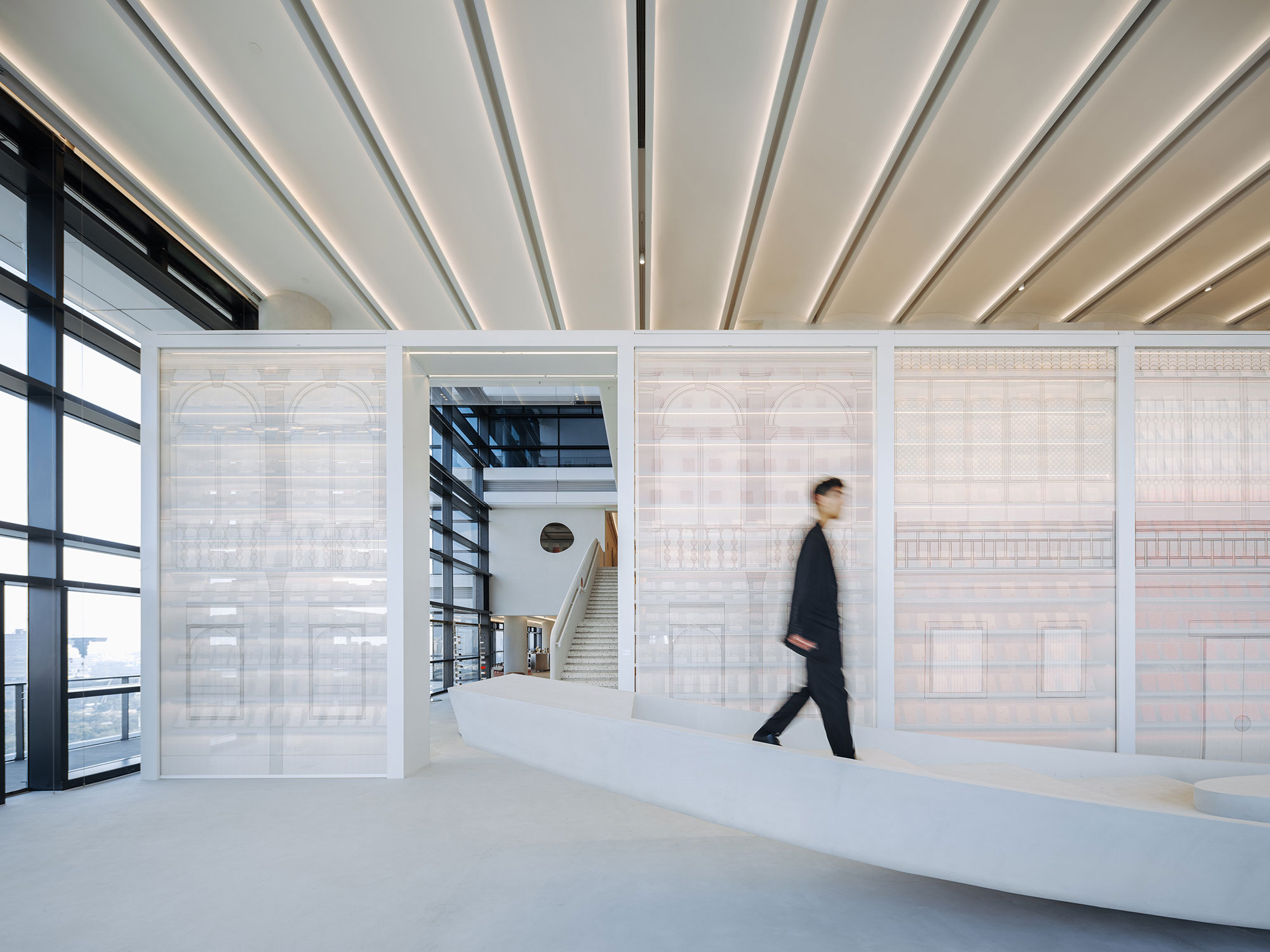 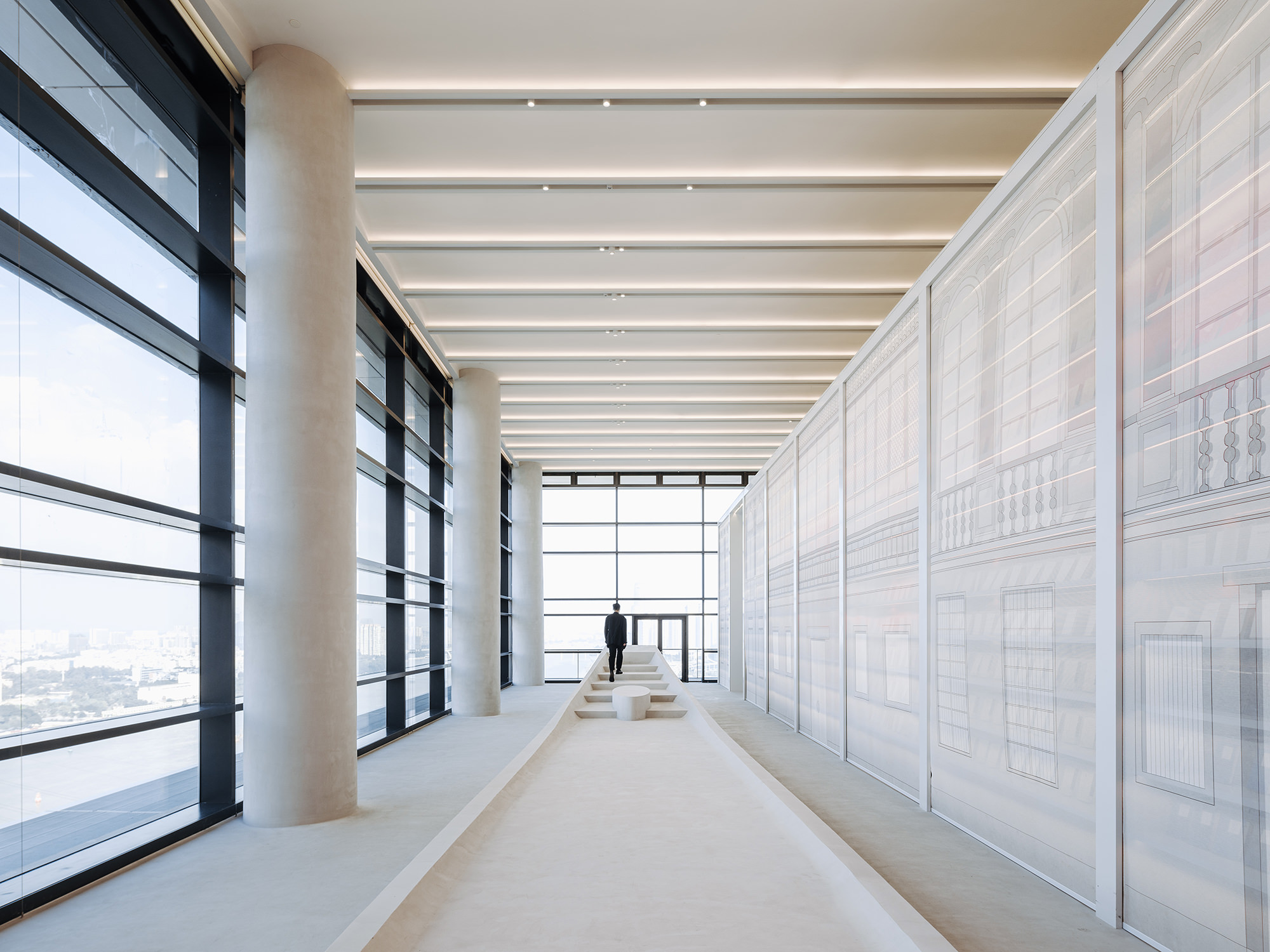 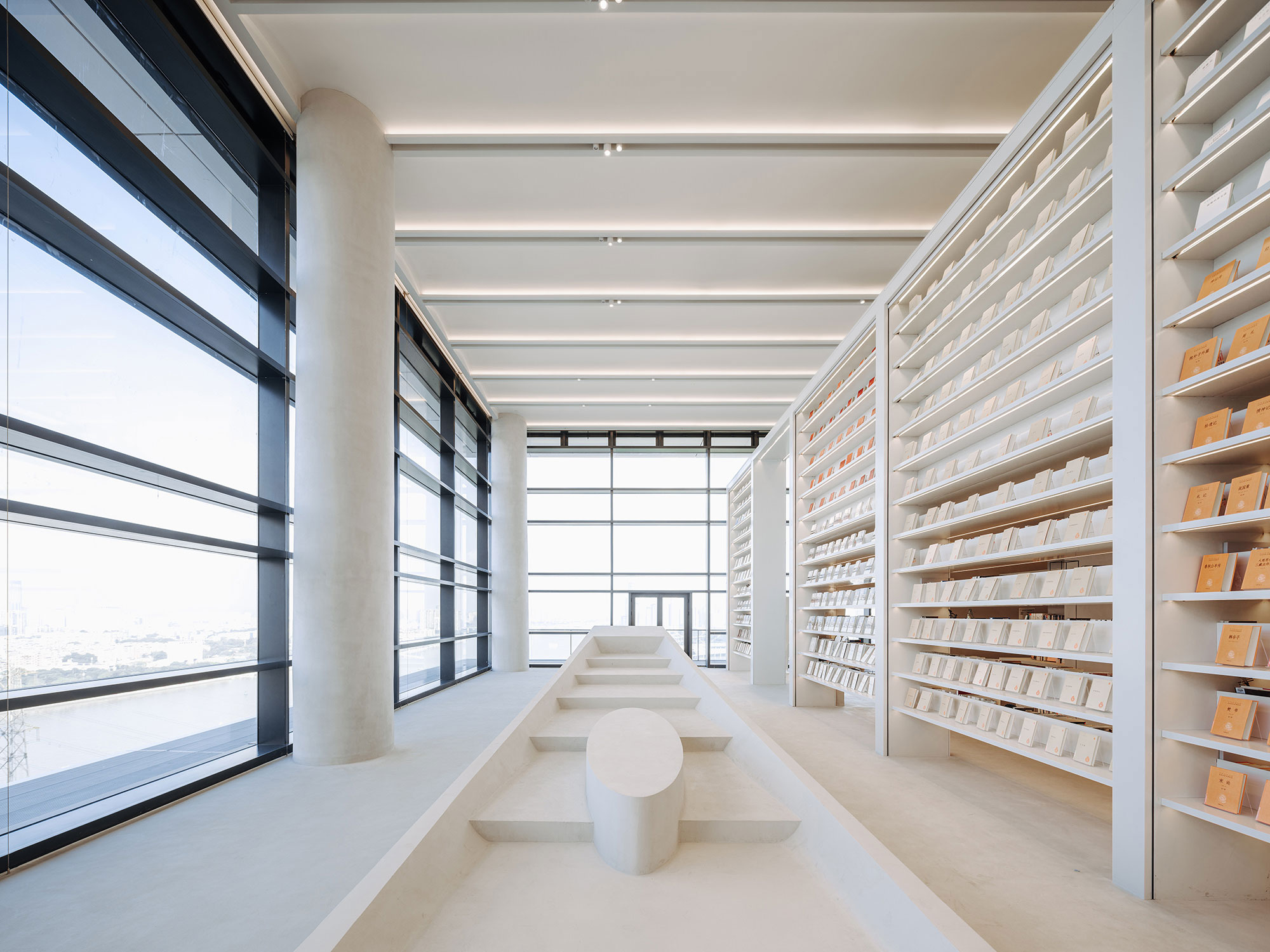 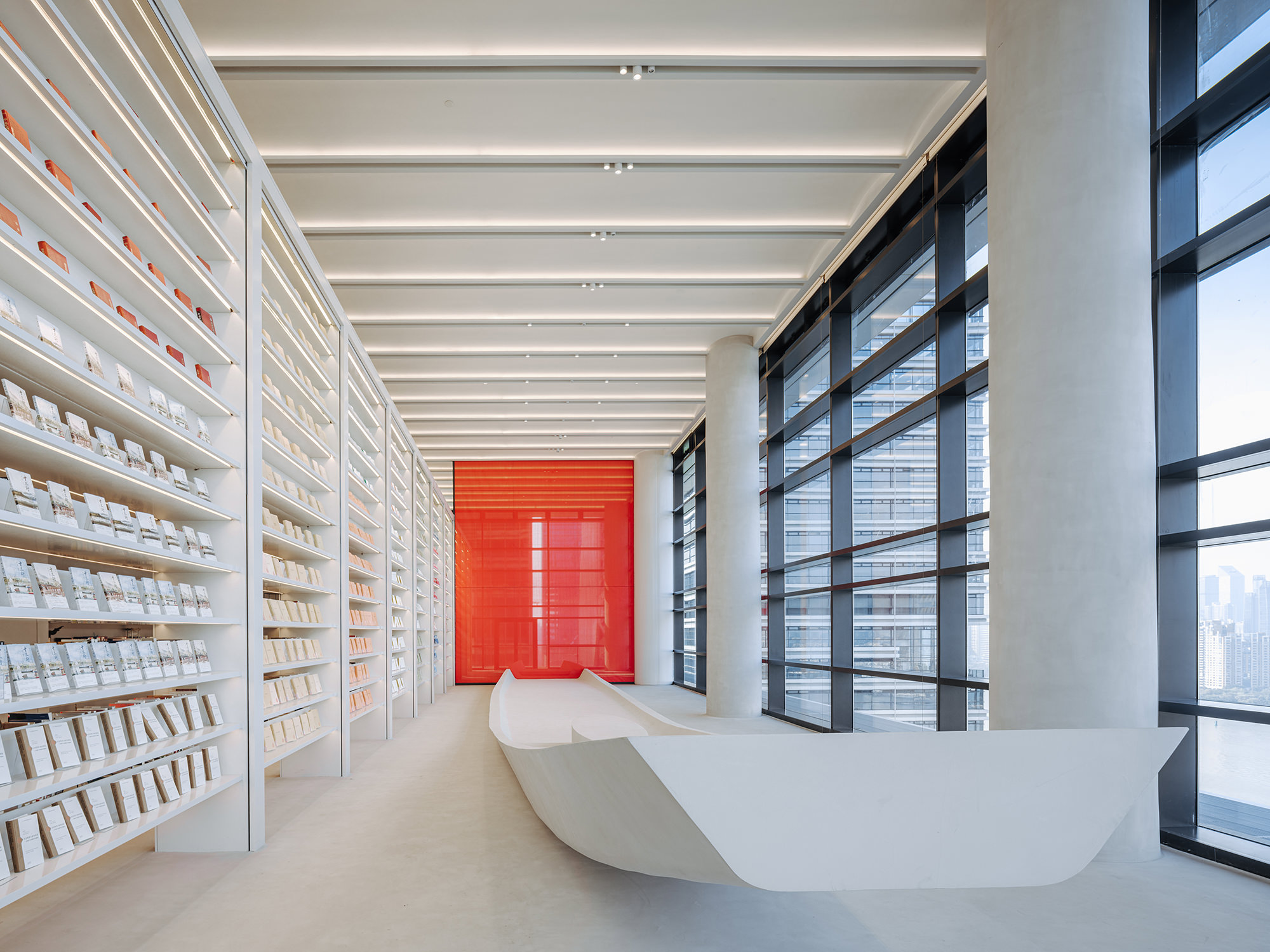 Leading to the entrance is an oblong tunnel with a Manchuria window and floral tiled floor – inherited fragments that tie back to the history of Guangzhou. Waves reverberate at the threshold from a large sound dome, echoing proximity to “harbour” and “sea”.

An elongated hull of a ship takes up most of the mythical harbour space, its transparent red textile sail a divine contrast to the neutrals. Bookshelves act as the city walls reminiscent of the Thirteen Hongs, Guangzhou’s trade houses in the 18th Century, with a screen-printed facade of a cityscape gently cascading down the shelves.

Dripping in spiritual symbolism, the perimeter is washed in natural light from the double-height floor-to-ceiling windows while diffused strip lighting is used behind the bookshelves. Intimate spots are fostered for employees to contemplate their own enlightenment and deliverance over a lunch break. Rounded apertures and arches punctuate the bookshelf walls, portals between the public and more private spaces. 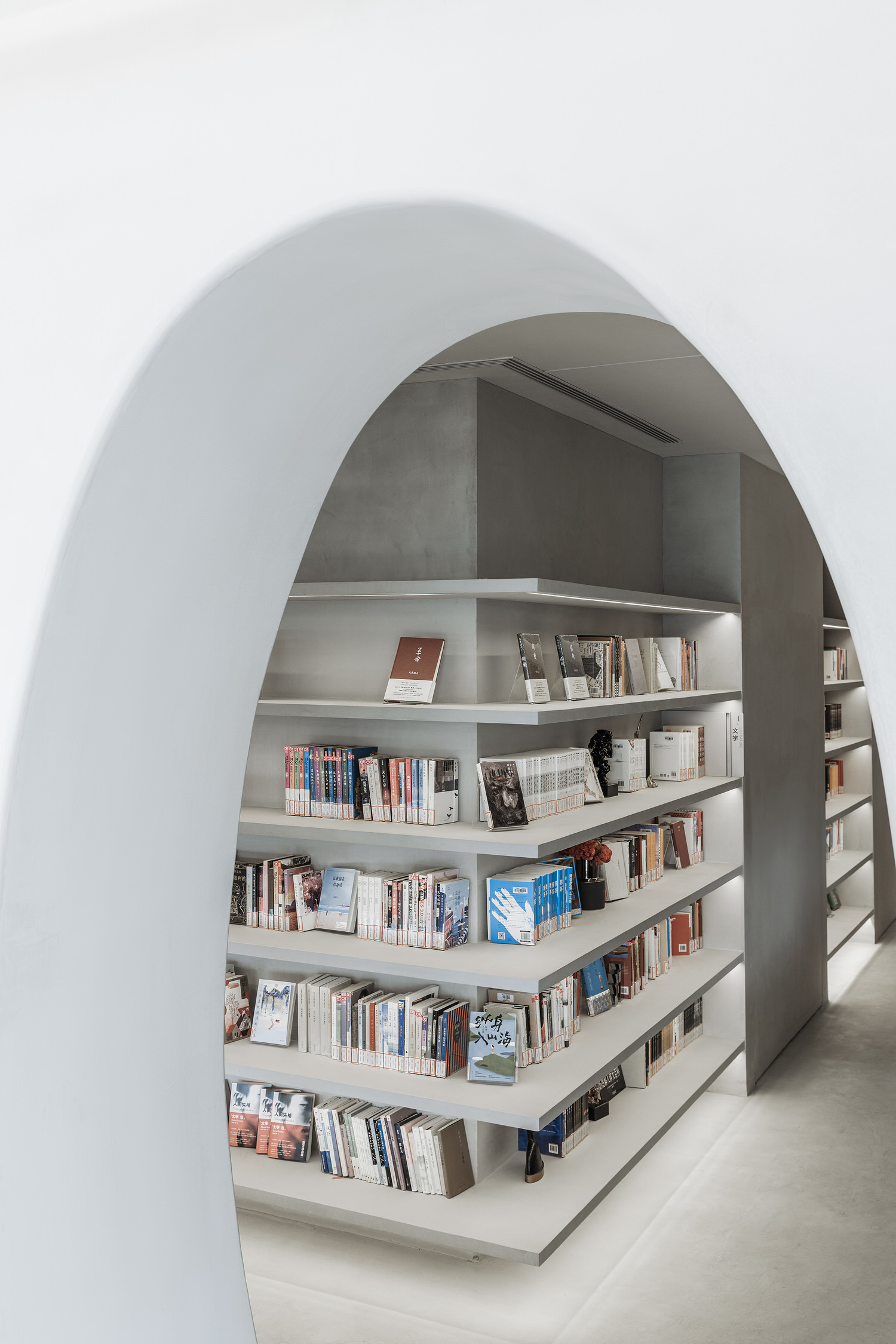 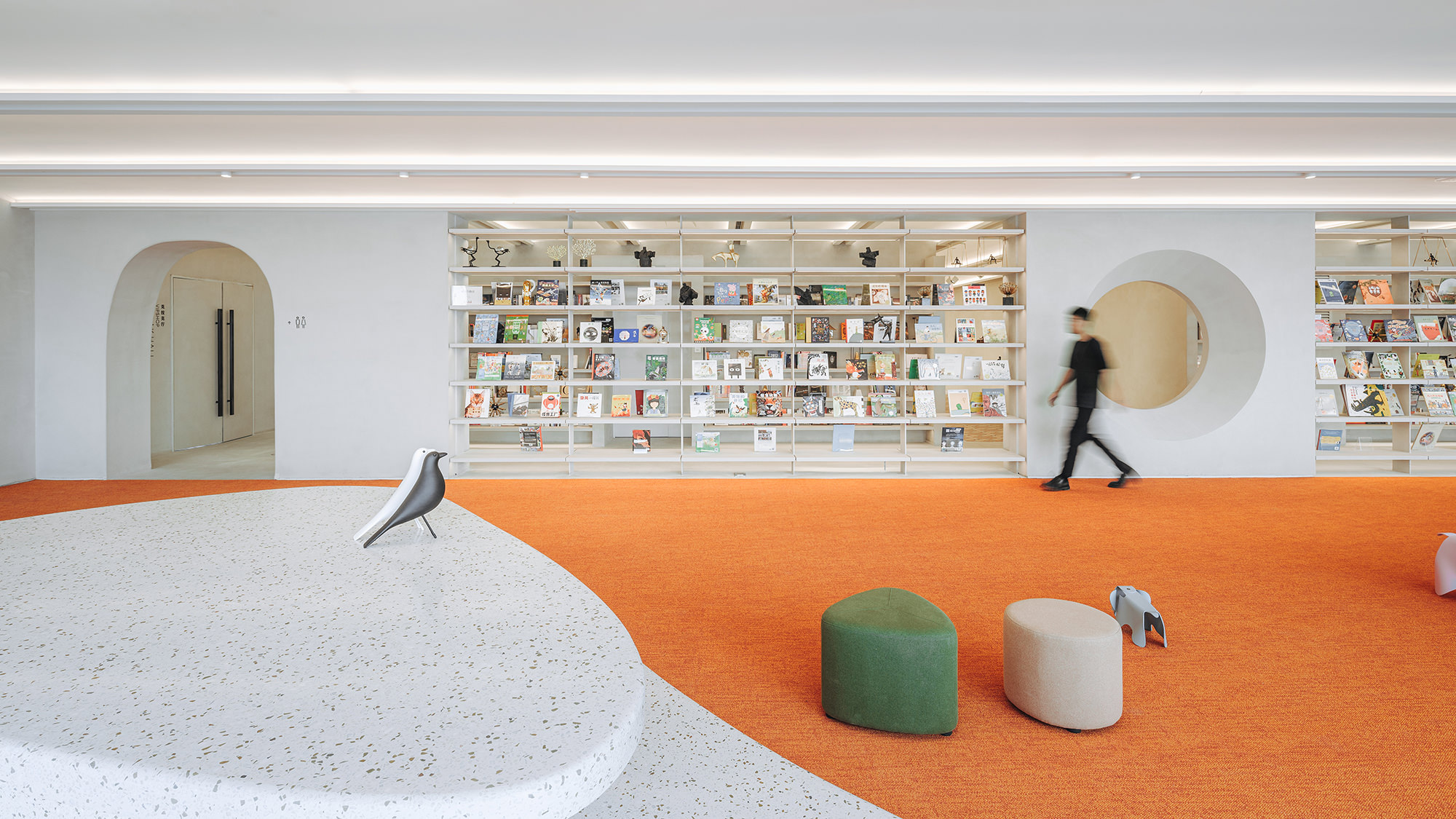 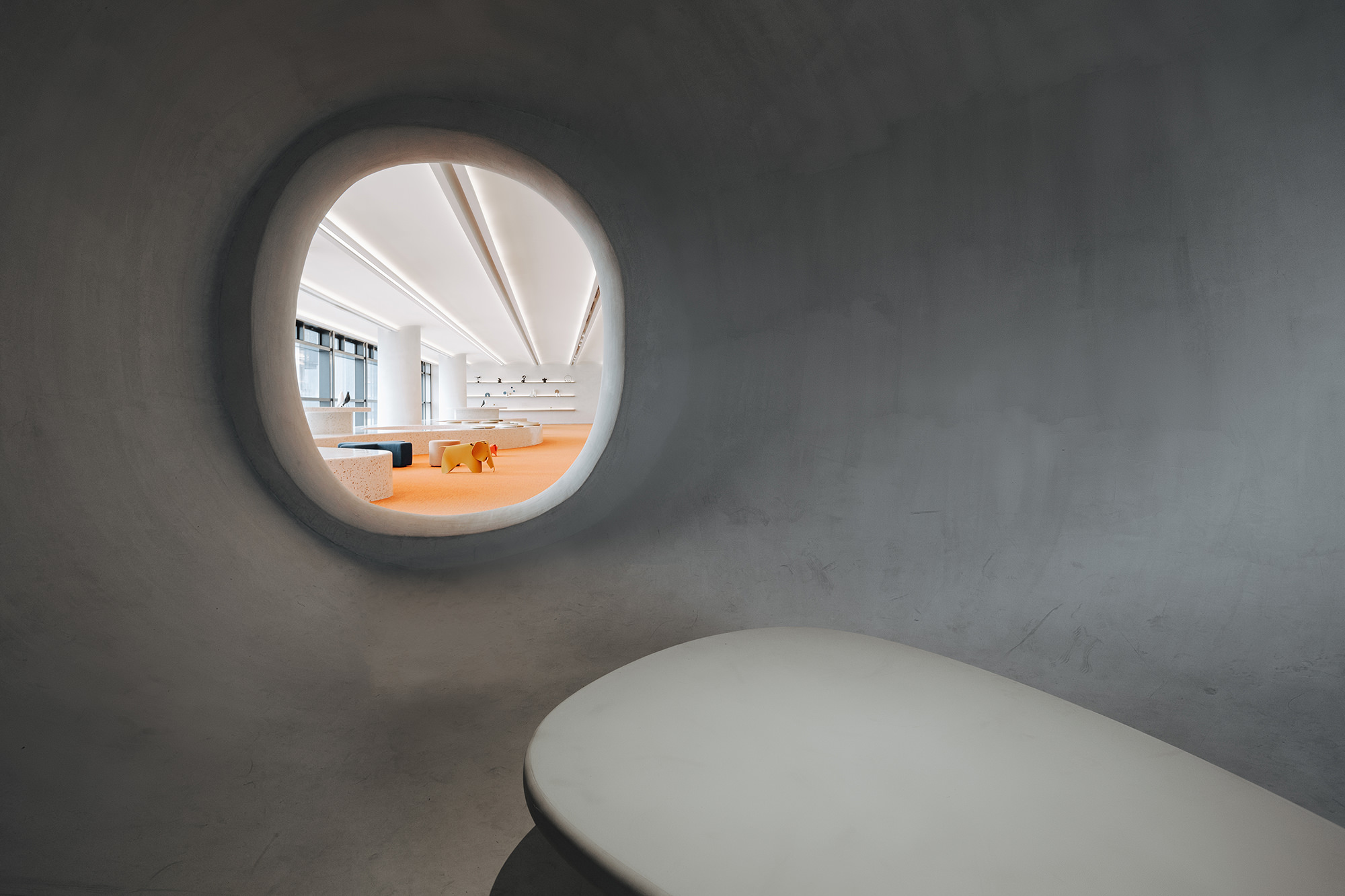 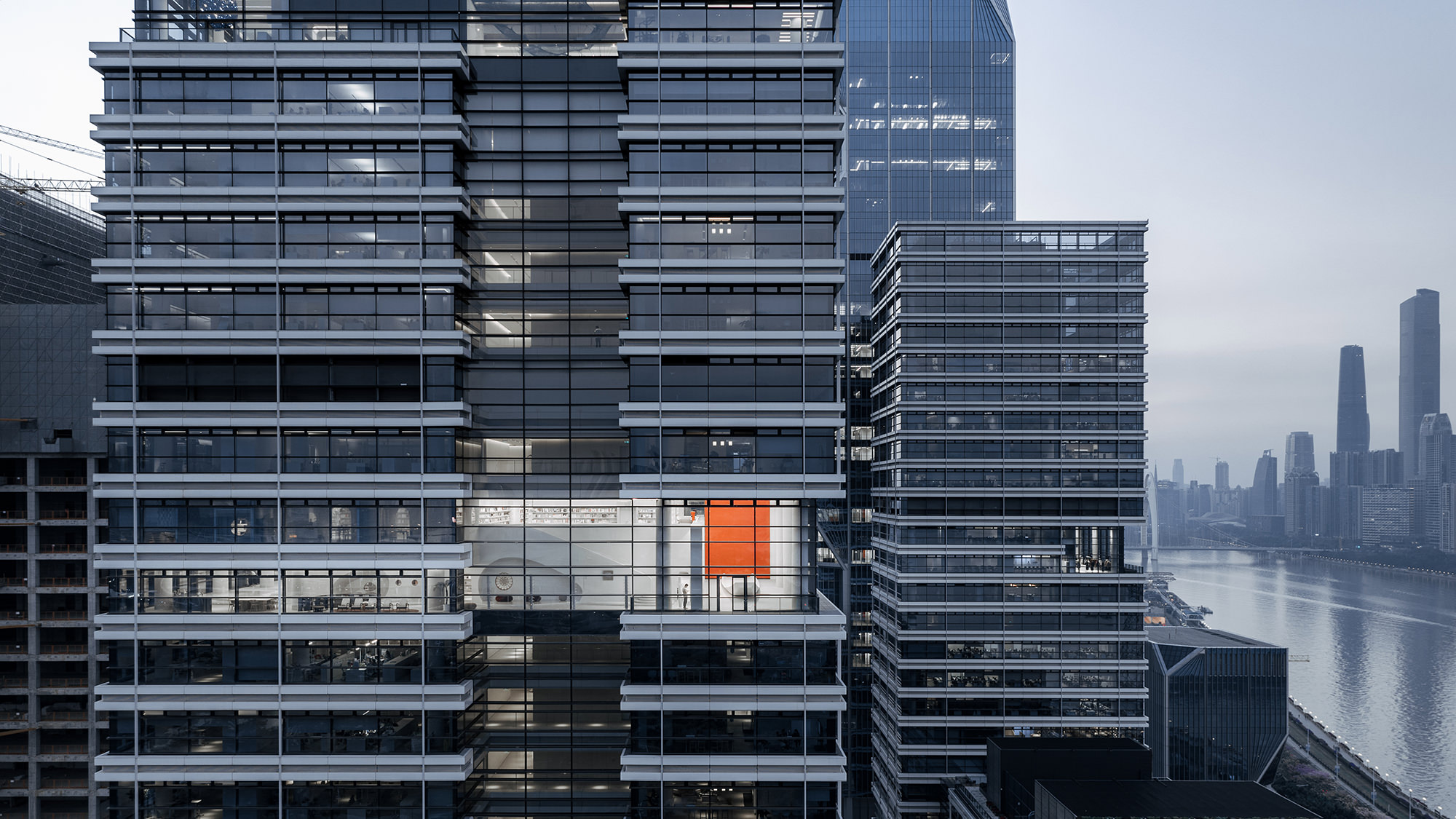 The project embodies , but not as you expect it – the design language of the space echoes that of the natural world indirectly. Rolling arches dominate the architectural typology while the sky, water and city all blend into one abstract tone.

Wall niches, cut-outs and intimate rooms dominate the inside of the abstract city – functionally they act as spaces for visitors to take pause. A , is a perfect example of this – with gently rounded walls and no up or down, it sits in carefully articulated disarray.

A bright jewel in an otherwise conventional office building, this library demonstrates a commitment to employees’ while capturing their imagination. Inspired by both the past and future, this sublime interior feels as if it’s transcended time.