5 travel mistakes I made, so you don’t have to 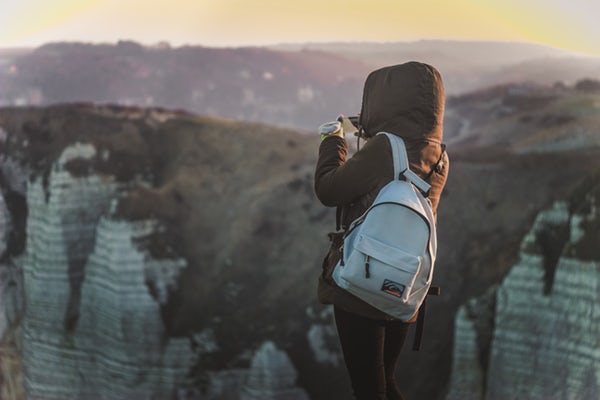 It’s kind of hard to believe that I traveled for so long and came so far without any major hiccups. But then 2018 seemed to be a year of epic travel and epic mistakes. I don’t think I slackened my defenses. I guess some years are just luckier than others, and clearly, the more you travel the more you’re at risk of at least a few fails.

We’ve all probably made some rectifiable travel mistakes.

Not calling the bank to tell them you’ll be travelling internationally. Suffering with declined ATM withdrawals and close to a hundred-pound phone bills from using your mobile to call customer service numbers abroad. So annoying.

Over packing, another classic travel mistake. Packing way too much stuff that you’re never going to use and dumping things as you go along. We’ve all been there. Or at least, I like to think we have.

Not checking visa requirements and then panic googling 48 hours prior your to trip. That’s not just me, right? You’d think I’d know by now.

But the truth is, being a frequent traveler doesn’t necessarily make you a savvier one. In fact, it probably makes you overconfident. Hence the mistakes.

Sometimes it takes a travel disaster for us to learn our lessons.

On that note, here’s 5 of the biggest travel mistakes that I’ve made, and how you can avoid them.

1. Getting robbed- Always look after your possessions 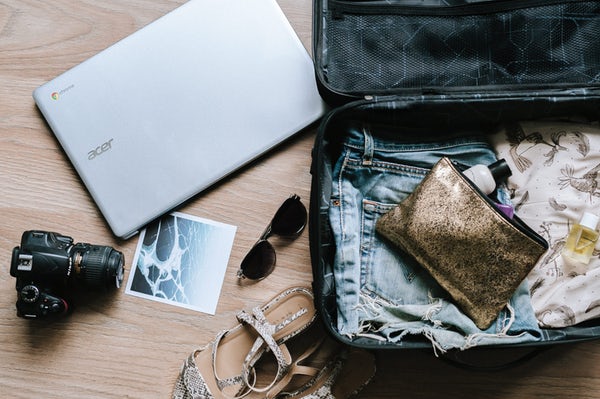 Getting robbed abroad is the single most disturbing thing that’s happened to me whilst traveling. I never (hardly) travel with cash, or at least not with a lot of cash. But for one reason or another, this time I was.

I’d flown from Toronto and landed in Reykjavik excited for the next leg of my trip. Took myself to the currency exchange and swapped my US dollars for Icelandic Kronas.

It’s ironic really because this is never, ever part of my travel ritual. Be it right or wrong I always withdraw local currency from the ATM. Mainly for this particular reason. In case I get robbed.

The hostel I was staying in was nice. Located right in the middle of the old town, the staff were friendly and out of my 10-bed dorm there was only 4 or 5 of us staying there. Lockers were provided but we had to supply our own locks.

I stashed my money and valuables, secured the locker with my padlock and went off on a walking tour with one of the guys from my hostel. When we got back my case had been completely ransacked. My belongings were all over the floor and my padlock had been broken. It looked like maybe a screwdriver had been forced into the keyhole, and now in hindsight, I realize that maybe that padlock was easy to break.

But what concerned me the most, was that it was only my things and my locker that had been invaded. All my cash had been taken but my other valuables, including my iPod, laptop and passport (thank god) were still there. I felt completely and utterly targeted. I felt like someone had been watching me, or knew I had cash. Being the only woman in that dorm room made me feel like maybe if I wasn’t alone this wouldn’t have happened.

As it turned out, one of the guys didn’t come back to the hostel that night. Funnily enough I’d spoken to him the day I arrived and he told me we had been on the same flight from Toronto. I didn’t remember him. But I did tell him that I’d been away working and was making a trip out of it. Something I didn’t overthink or feel uncomfortable about sharing with a fellow traveler. But maybe in the end that’s why he targeted me. He knew I must have money or valuables and maybe he even saw me at the currency exchange.

How to avoid being robbed

I guess the major thing I learned here was that you can never be too careful. Don’t carry more cash than you need. Don’t overshare personal information. And, use a really heavy-duty padlock!

But most of all, don’t be intimidated. Learn your lesson, hold your head high and continue your adventures. 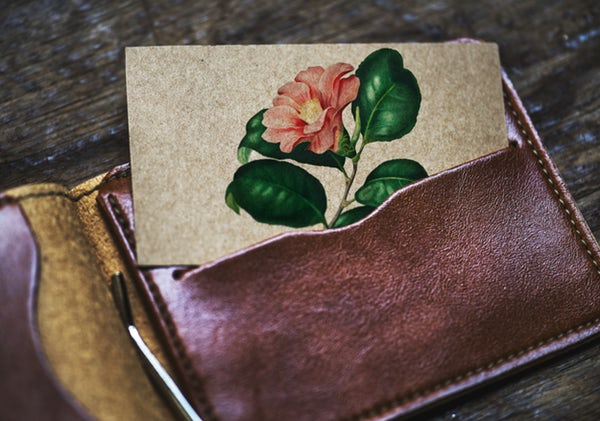 Honestly, I’m actually surprised this took so long to happen to me. I’ve used my debit cards in many dodgy ATMs in my time and have never had any problems. Until I was in Havana. I guess if you’ve been to Cuba then you know that there really aren’t that many ATMs. Never mind ATMs that actually work. I guess this makes it easier for criminals to target tourists when we’re all using the same machine.

I have to say I was lucky. My UK bank flagged up the transactions as fraudulent and helped me in every way possible to get the account cancelled and money refunded.

How to avoid identity theft

Always, always inform your bank of your travel plans. It will not only save you the pain of not being able to withdraw cash, but it also means that the fraud software they use is able to detect strange looking transactions.

The ATM I was using looked like any other ATM, but I guess I’ve most definitely learned to be more vigilant with the machines I use.

Luckily for me I had my credit card. I actually always travel with my credit card for booking flights and in case of emergencies like this. Of course, my bank immediately cancelled my current account and advised me to destroy my debit card. Travelling alone meant I was super thankful to have my credit card, otherwise I can only imagine what an upheaval this would have made to my trip.

3. Losing things- Back up your stuff 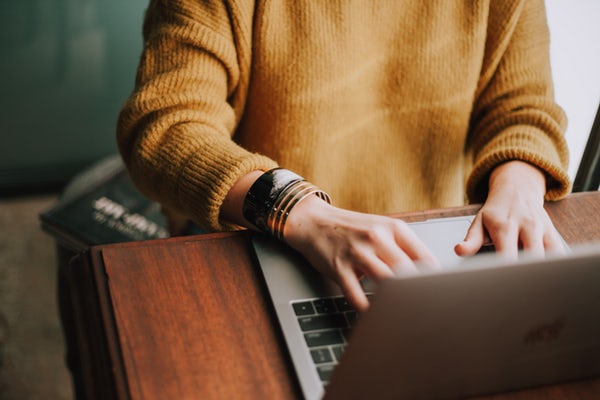 This is the kind of mistake that is typical of me. You see, I’ve never been good at backing things up, but at the same time I’m super aware I could lose everything. I bought a hard drive, but for some reason, I rarely use it. That was, until I lost a bunch of photos. These days I’m being more sensible.

I went to so many cool places in Mexico, and of course had my camera in tow. From the beautiful lake at Bacalar to the beaches of Tulum and the pyramids outside of Mexico City. I’d taken so many amazing photos. So, imagine my dismay when I accidentally (somehow) deleted them all from my camera.

After hours of research I managed to buy some recovery software for my computer and eventually saved a few of them, but not all of them.

How to avoid losing stuff

Back everything up. Buy memory sticks and hard drives and learn how to use them. Take time out to download, upload and generally make sure things are kept in more than one place. I also use apps now to keep all my reservation numbers and flight times together, just in case I lose the emails! My favorite is . 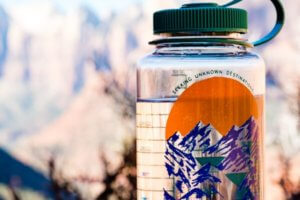 I’m pretty sure it goes without saying that you shouldn’t drink the water in India. But I’m not talking about the tap water. This was actual bottled water. Funnily enough I’d heard about fake bottled water but naively wondered if it was really a thing.

I found out the hard way that yes, water poisoning is a thing. A few years ago, whilst driving a tuk tuk on an adventure through India, we found ourselves in a small town with no major stores. As a result, we bought some bottled water from a road side stall. It was sealed and covered in plastic.

That night I was so ill. So so ill. And so confused why I couldn’t keep anything in me. Needless to say, as soon as I stopped drinking that water I was miraculously healed.

How to avoid water poisoning

Ever since that terrible episode I only buy water from major shops if it’s possible. And if I can’t, and I’m concerned, then I use to purify my drinking water. This particularly goes in India evidently. There is nothing worse than being sick abroad. 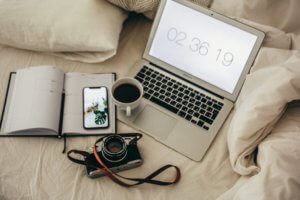 This seems to be a relatively new thing I’ve been up to recently and I’ve legitimately gone through over £100 worth of universal adapters this year. All from attempting to use them in dodgy plug sockets and fusing things. This has led to not only broken adapters, but broken hairdryers and power banks. And it’s so inconvenient when you break your power bank and fuse your adapter. The real fear here is setting something on fire. The ultimate travel fail.

How to avoid destroying your electronics

Invest in a top-notch universal adapter. I’m currently using a adapter and so far, so good with this one. Carry spares and don’t use dodgy plug sockets. Simple! I’ve also learned to carry more than one phone charger with me. These seem to be the things I lose or destroy most frequently on the road and there is nothing more frustrating in the world than not being able to charge your mobile phone. 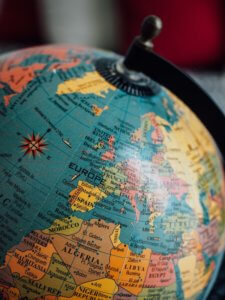 But, if you can only remember one thing… make sure it’s your passport!