5 Movies to Inspire your next Train Journey

I love train journeys. Even if they can be long, tedious and not always comfortable, I think there is something so romantic and wonderfully old-school about taking a train.
Whether you watch the world go by from a bench squished amongst people in a 3rd class compartment or from a comfy bed on a luxury train – something about making the journey part of the destination appeals to me.

So it comes as no surprise that I like train movies. My all-time favorite James Bond scene was always him meeting Vesper on a train and her declaring ‘I am the money’. Somehow I think this scene would not have been as great had it taken place anywhere else but on a train.
With that said, I wanted to share my favorite train-themed movies with you. Check them out and you may just find yourself inspired to book a ticket soon – whether it is for a quick city trip, to or . 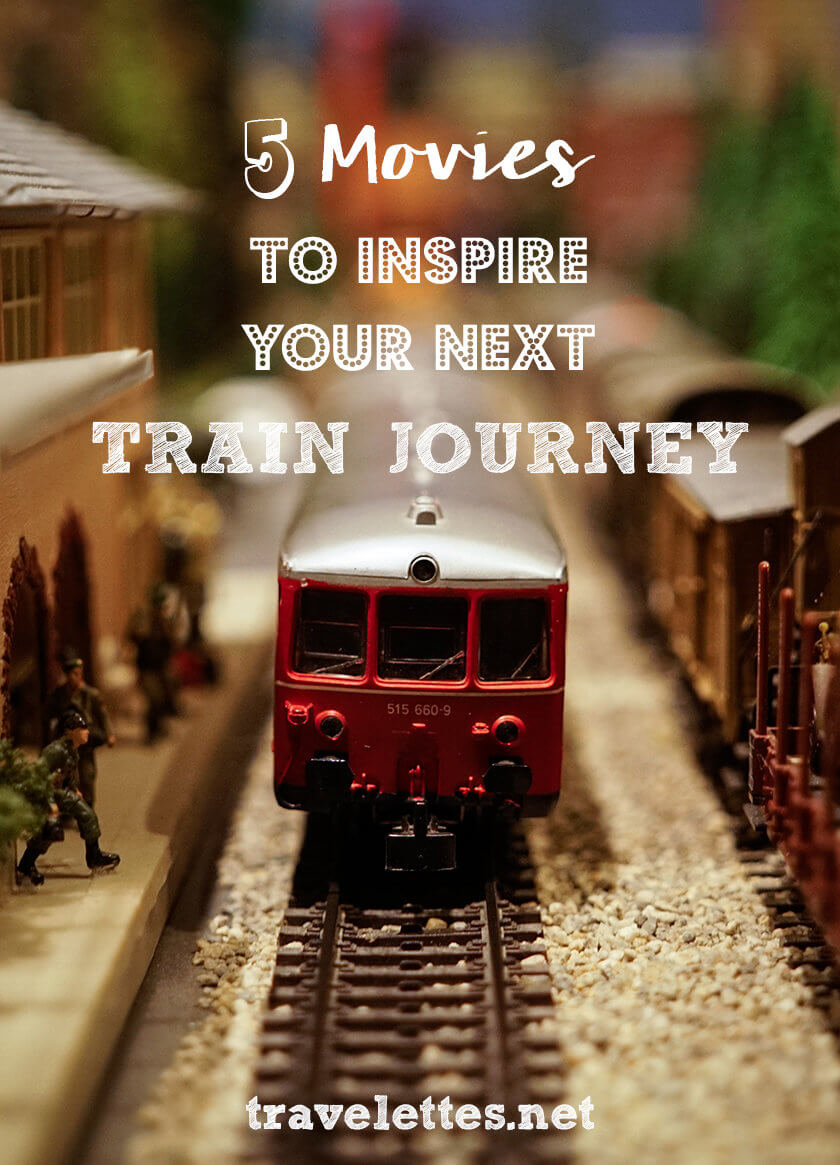 Murder on the Orient Express

Based on the detective novel by Agatha Christie from 1934 Murder on the Orient Express was finally turned into a movie by Kenneth Branagh.
An elite group including Judi Dench, Johnny Depp, Michelle Pfeiffer, Penélope Cruz, and my personal favorite, Willem Dafoe, board the luxury train en route from Istanbul to Calais. Also on board is Hercule Poirot, a world-renowned detective, played by Branagh. That is just the group’s luck (or is it?) when the businessman Edward Ratchett is found murdered in his cabin. The search for the killer endures which as per usual is a lot more complicated than it first seems.
A great cast for a great train – murder or not, you will want to take a trip on the Orient Express after seeing the movie.

Wes Anderson fans shouldn’t miss Darjeeling Limited staring some of his favorite actors Owen Wilson, Angelica Houston and Bill Murray alongside Adrien Brody and Jason Schwartzman.
The three brothers Peter, Francis, and Jack reunite on board the Darjeeling Limited.
After an almost deadly accident, Francis wants to reconnect with his estranged brothers. To do that right he has emplaced a strict itinerary and just to be sure that none of them bail, he confiscates their passports.
A journey through India and to self-discover ensures with a side of some crazy family relations that need to be untangled. As common for Wes Anderson, the journey turns out to be a weird and wonderful one.

One of my all-time favorite train movies is Lion. Especially after taking a train journey through India myself recently (), I fell in love with this movie even more.
Based on a true story this movie tells the life of little Saroo who gets lost on an India train, which is taking him far from his village and his family. Trying to make his way in Calcutta he eventually finds himself in an orphanage and is being adopted by new parents.
Flash forward and Saroo is now grown up living in Australia with his new family. Over a meal of jalebis, he remembers his origins and his friends encourage him to use Google Earth to find his home. His journey to find his village and his family takes him back to India and to his childhood.
A word of warning: do not watch this movie on a plane – you will cry! A lot.

Girl on the Train

I am usually quite critical of movies that are based on books that I liked but that might just be because I actually prefer reading to watching movies.
I devoured Girl on the Train by Paula Hawkins and as I love Emily Blunt (hello, Devil Wears Prada!) I thought I would give it a go. And while I still preferred the book version it is definitely worth watching.
Murder, depression, love, infidelity, a surprise twist and of course, a train makes for entertaining cinema. Mind you, you may not want to get on a commuter train ever again…

I was incredibly excited when I learned that they turned one of my favorite children’s books, Jim Knopf by Michael Ende, into a movie. I was even more excited last year in Cape Town when I learned that they were filming scenes with Emma, the locomotive, out in the Atlantic while we were picnicking on the Sea Point promenade.
English speakers will have to wait a little longer as it is a German production (showing in cinemas this week) but I am pretty sure the wait will be worth it. Luke and his adopted son, Jim Button, are going on some pretty epic adventures with Emma and while it is a children’s story, I don’t feel old enough to not watch it.

Have I missed any movies featuring trains? What are your favorites? Let us know in the comments!