I was in last week and found myself with an hour to kill at Waterstones and oh, how the pile of books on my arm weighed more every minute. I only realised at the counter that I had my pile pretty much only contained political or at least non-fictional books which is usually not my go-to genre. But in all honesty, we live in times that call for a reflected way of looking at the world and if that means keeping novels for another day and finding out how to make have the best possible impact on society… the trade-off isn’t too bad. Here’s a very personal top 5, please feel free to add your fave literary picks below! 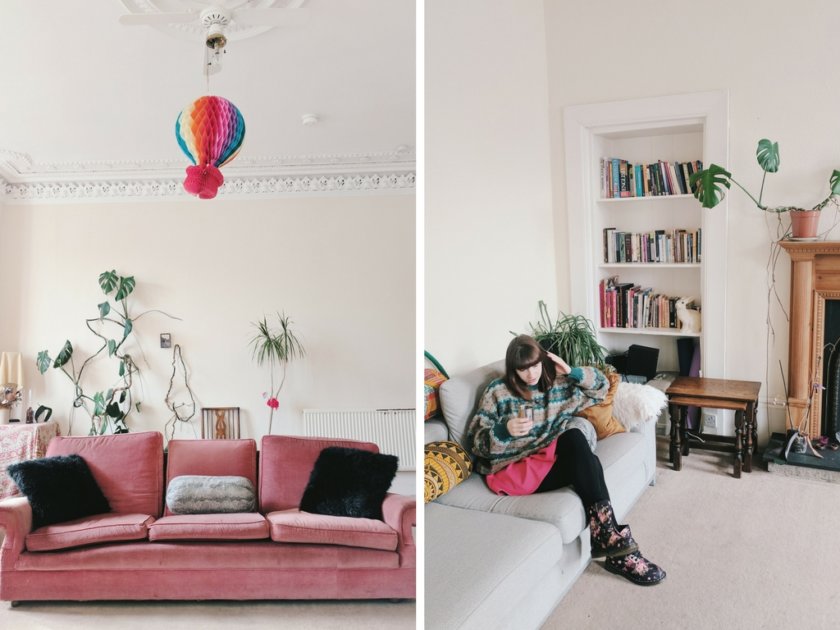 “Human rights, equality, free speech, privacy and the rule of law. These five ideas are vitally important to the way of life we enjoy today. The battle to establish them in law was long and difficult, and Anthony Lester was at the heart of the thirty-year campaign that resulted in the Human Rights Act, as well as the struggle for race and gender equality that culminated in the Equality Act of 2010.”

For a number of reasons, we find ourselves becoming less equal today; take the power of intelligence agencies, the lack of privacy online, infringements on the freedom of press or the treatment of refugees to name a few. Lester makes an argument that yes, our society may have come a long way and yes, made some great achievements but all of that will become worthless if people like you and I don’t fight for our rights every day and fall into the cosy trap of taking them all for granted. They’re not. is not an easy read, but one that’s crucially important.

Our revolution – A future to believe in (Bernie Sanders)

“When Bernie Sanders began his race for the presidency, it was considered by the political establishment and the media to be a “fringe” campaign, something not to be taken seriously. After all, he was just an Independent senator from a small state with little name recognition. His campaign had no money, no political organisation, and it was taking on the entire Democratic Party establishment.”

I saw Bernie Sanders at an event at the Free University in Berlin in spring this year when he presented and was amazed by how he managed to captivate and engage an auditorium room full of students. Hearing his views on climate change, social justice and a progressive economy was also a little painful because you start realising how different these days would be if the US had a president like him. Nonetheless, the only is way is forward and Sanders has done a fantastic job of showing that every revolution starts small. So, don’t look back in anger and instead try and find ways to make this world one where your children can thrive. 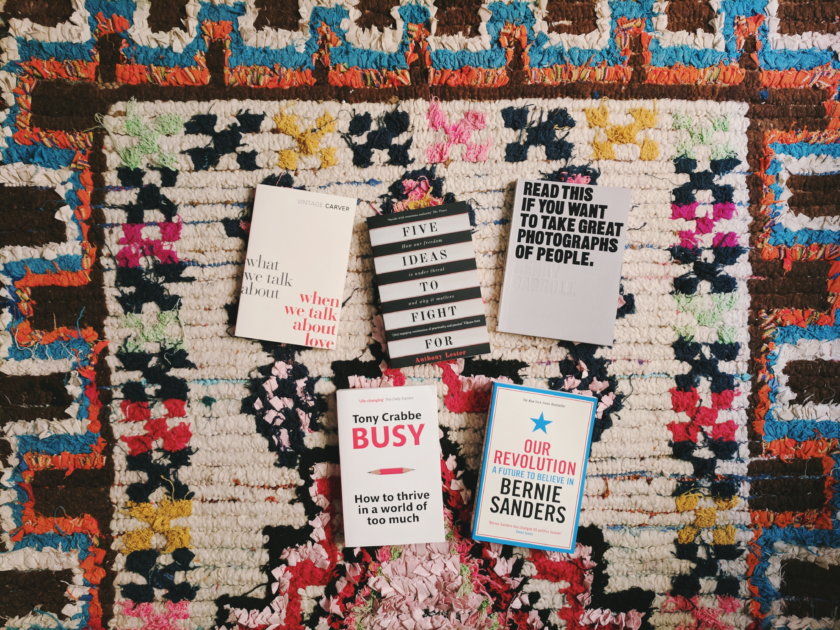 “This powerful collection of stories, set in the mid-West among the lonely men and women who drink, fish and play cards to ease the passing of time, was the first by Raymond Carver to be published in the UK. With its spare, colloquial narration and razor-sharp sense of how people really communicate, the collection was to become one of the most influential literary works of the 1980s.”

explore the subtle beauty inside the mess that is love and loss. Each story features a seemingly ordinary person; they are united by an extraordinary element that comes into the protagonists’ life and changes everything. Love (unlike the title suggests) is not the main element, at least not in the traditional sense, but you learn to discover the many and confusing layers of it. Carver’s language is beautiful, powerful and brutal – definitely something for rainy Saturdays.

Busy: How to thrive in a world of too much (Tony Crabbe)

“It’s difficult to ask anybody ‘How are you?’ without hearing the word ‘busy’ somewhere in their response. We feel overwhelmed by busyness because of the demands on our time: our inbox and our to-do list are bulging, a huge amount of people expect things from us and our organisations are trying to do more with fewer people.”

Tony Crabbe is an organizational psychologist and a researcher at at Birkbeck College, University of London. He doesn’t tell you how to become better, faster or prettier; but suggests implementing key strategies to avoid rushing through life for the sake of rushing and trying to catch up with others while having no sense of purpose or direction at all. So if you’re as tired of just another self-help book as I am, do your own sanity a favour and read a last one, and let it be .

The technical side to photography was always my least favourite and I’ve avoided guides on how to make the best of your camera forever and instead just got on with it and developed my style by practising a lot.  however is different, it sharpens your visual senses and your imagination and helps you identify the buttons you need to push in order to make the most of a person and the surrounding. It’s a book to constantly browse through, one you shouldn’t ever finish if you love photography.

What are you favourite books and authors in autumn? Let us know below!