Blondes have more fun. Or do they? A common stereotype often links blonde hair in men with a surfer dude type of persona, which might be a bit offensive since that is not true at all. That is exactly the type of myth we are here to break down today. We have gathered 45 blonde men hairstyles inspired by your favorite Hollywood celebrities which will prove just how elegant, dapper, fun, and cool you can be with blonde hair.

Although he wears his hair in a very natural chestnut brown now, actor Dan Stevens became famous as a blonde. We’re talking about his role as the dashing cousin Matthew in Downton Abbey. Both colors highlight his incredibly blue eyes which landed him the role of the Beast in Beauty and the Beast.

Not a lot of people know this because he has changed so much today, but actor Tom Hiddleston is actually naturally blonde. And he has very curly hair. This is a throwback pic of him when he was younger which you can use as inspiration if you are a natural blonde as well.

From Hamlet to Gilderoy Lockhart to Hercule Poirot, actor and director Kenneth Branagh is the picture of elegance. He has beige blonde hair which he wears in a short and spiky crop with just a shadow of a beard in the same natural blonde.

No blonde men hairstyles list could have been complete without another British blondie in disguise. Yes, naturally, Ben is blonder as well, just like his pal Hiddleston. He also has wavy hair, although nowadays he wears it short and a lot darker.

The world fell irrevocably in love with Ryan Gosling as the blonde, goofy guy who tried and succeeded to live the love story of a lifetime with Rachel McAdams in The Notebook. As far as blonde men hairstyles go, we are completely sold.

Say hello to the most famous blonde of the past few years. It’s Thor! Or actor Chris Hemsworth, if you will. The Aussie has medium blonde hair in real life as well, which highlights his blue eyes and makes him a perfect addition to our blonde men hairstyles list.

Johnny Depp has had many faces over the years and, sure enough, one of them was him wearing long, blonde hair. We cannot deny it. He still looks amazingly good. Therefore, you can use his style as an inspiration.

Formerly a Disney star when he was a child, Alexander Ludwig is now putting terror in the hearts of men in the highly acclaimed show Vikings. Even though he has a braided, Norse hairstyle on the show, in real life, he wears his blonde hair short.

It only fitted that we placed these two actors one right after the other on our list of blonde men hairstyles. Travis Fimmel plays Ragnar, Alexander Ludwig’s father on Vikings. In real life, he used to be a Calvin Klein model thanks to his blonde, blue-eyed good looks.

Let’s stay in that part of the world a little while longer to catch a glimpse of Alexander Skarsgard’s blonde men hairstyles. He cuts a dapper and fashionable figure when in a suit and tie. Here’s a tip – his brother, Gustaf, is also on Vikings.

Now it’s time we took a trip down memory lane and see one of the seminal blonde men hairstyles, as well as one of the very first blonde heartthrobs Hollywood ever had. Robert Redford used to wear a casual and cool Oxford cut, looking much like a professor in his spare time.

Brad Pitt is, probably, the most famous male blonde actor of all time. He is blonde in real life as well, and he has very seldom ditched the color in his movies too. Who can forget the blonde braids from Troy, the blonde buzz cut in Ocean’s Eleven or the bleached very long hair in Legends of the Fall?

It’s safe to say that, if Brad Pitt is the most famous male blonde actor of all time, Tom Felton comes in at number two. Harry Potter school’s antagonist kept his blonde hair even after he finished the movies and better he could not look. Talk about blonde men hairstyles! Spoiler alert – we also have number three, so keep reading!

Alright, alright, alright! We’re talking about Hollywood inspired blonde men hairstyles! This is what actor Matthew McConaughey would say. He’s wearing a medium, naturally curly, sandy blonde hairstyle, which gives off the vibe of a surfer on vacation.

We are so used by now to Owen Wilson’s blonde men hairstyles, that if he were to dye his hair brunette or brown, we wouldn’t even recognize him. It’s also important to mention that he has been faithful to the same haircut for a long time, wearing it in almost every movie he’s been in. Copy the look!

The gorgeous Jude Law has naturally wavy hair. It’s darker than this, but he likes to dye it to get a shade of wet sandy blonde, which is a perfect solution that you can try. Show your stylist the picture and tell him you want this exact shade.

It’s a bit weird to see a blonde Ironman, but even Tony Stark has his quirks, right? However, we do have to say that the actor looks just as handsome when he’s trying blonde men hairstyles. Therefore, you can copy his look too.

The voice of Lumiere in the live-action Beauty and the Beast movie loves to wear his hair in a short crop with big spikes on top. It’s a very young and boyish cut. As far as blonde men hairstyles go, he’s wearing a dark honey shade of blonde.

Justin Bieber grew right before our eyes. He went from cute child YouTube sensation to a young adult heartthrob who broke the hearts of millions across the globe. So, when he decided to go platinum on his buzz cut, the whole world applauded.

Justin Bieber has had some debatable hairstyles along the years, see 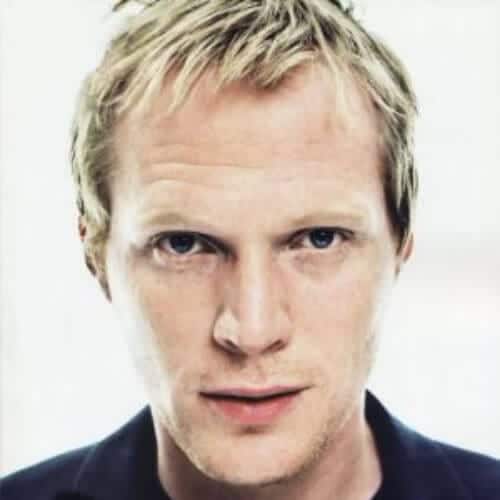 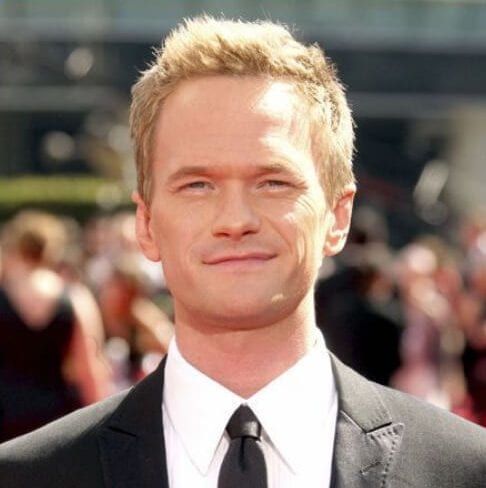 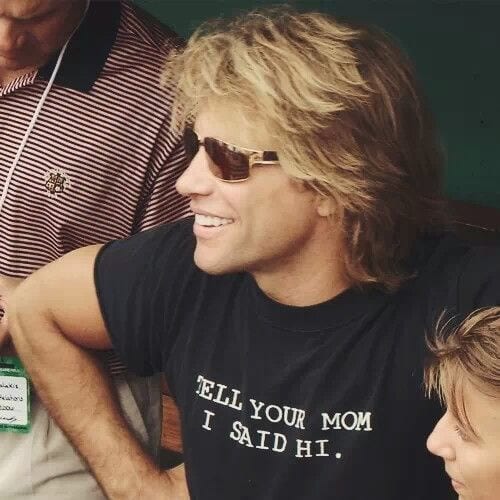 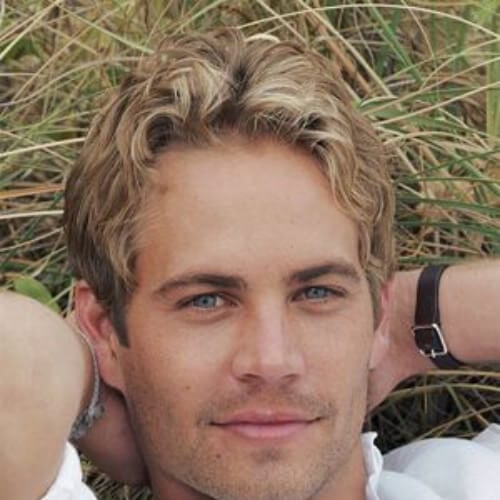 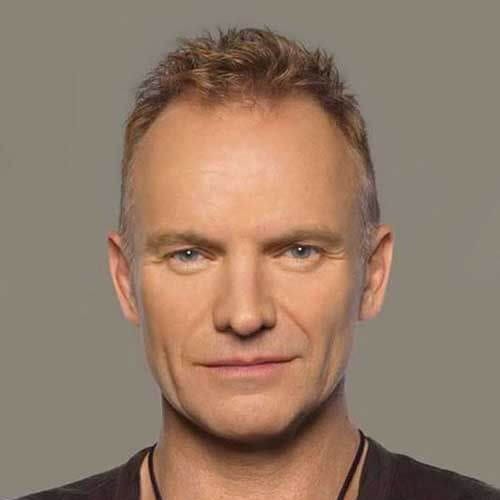 If you were looking for an unconventional way of wearing your blonde hair in your mature years, you’ve found it. Actor Rutger Hauer wears his in a medium and layered cut. You can also rewatch that fantastic version of Merlin he was in now that you will be copying his look.

We’re going to go out on a limb here and say that Orlando Bloom was missing his years as the blonder than life elf Legolas, so he decided to go blonde in real life as well. At least he isn’t wearing a long wig. Still, he is blonde men hairstyles goals.

Speaking of Legolas, here’s Bilbo Baggins. In real life, actor Martin Freeman wears a short Harvard crop with his hair parted on one side. His hair is a natural smoky blonde, in which you can see gray hairs. 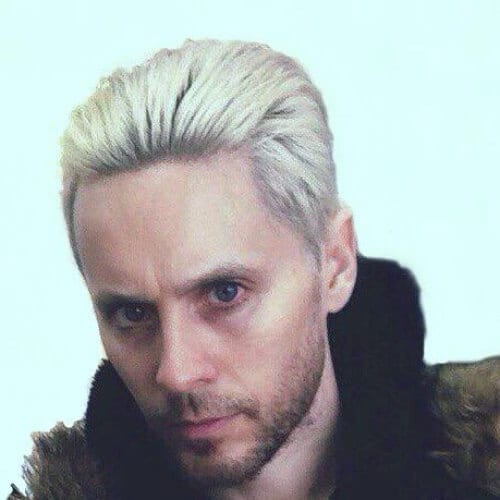 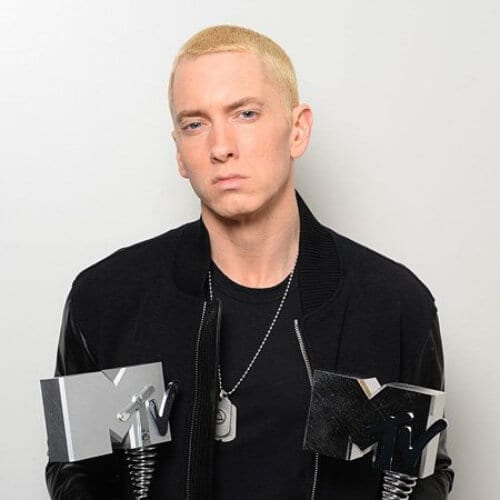 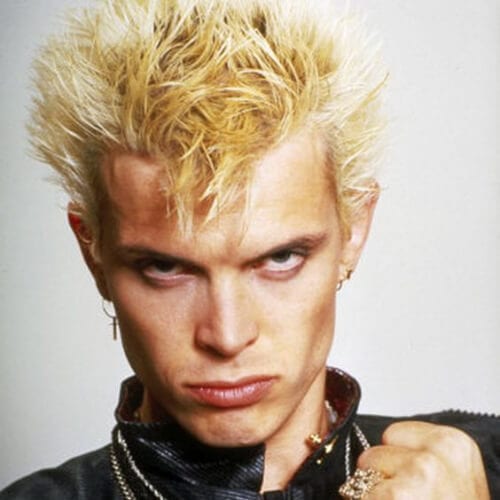 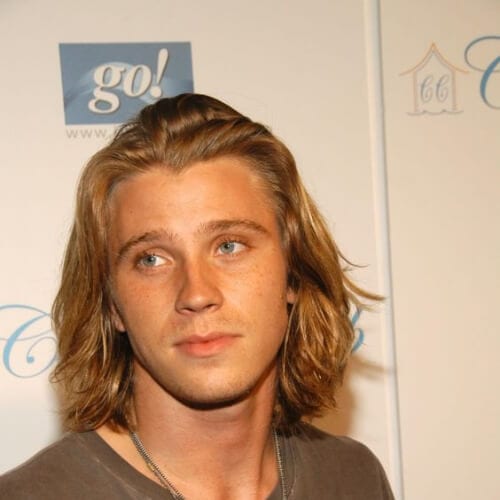 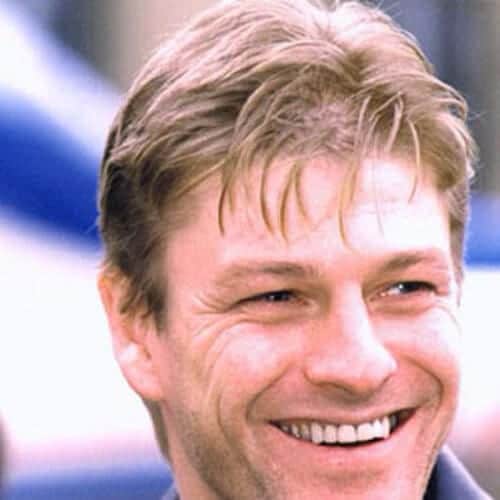 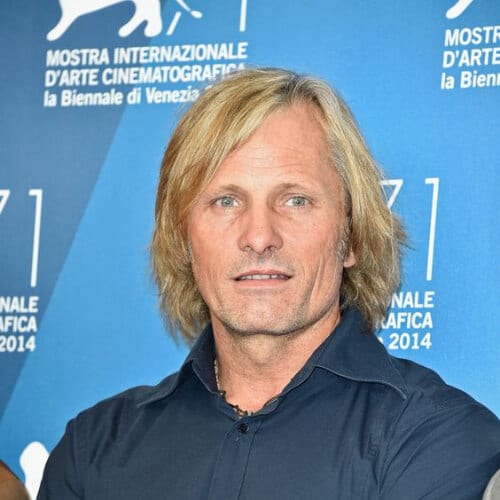 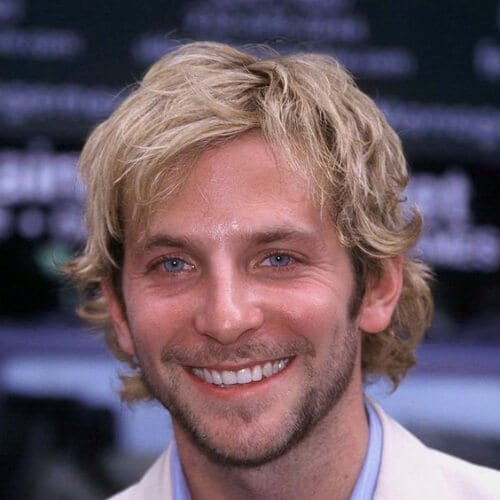 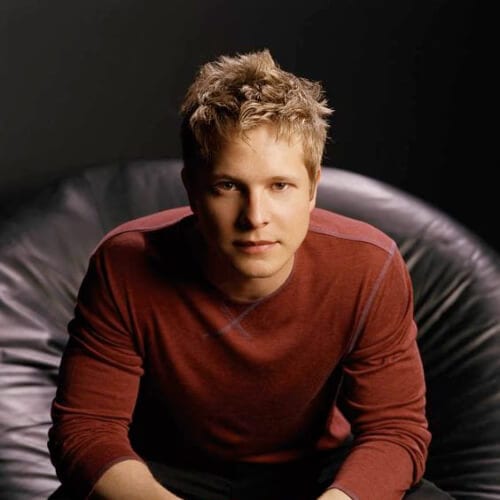 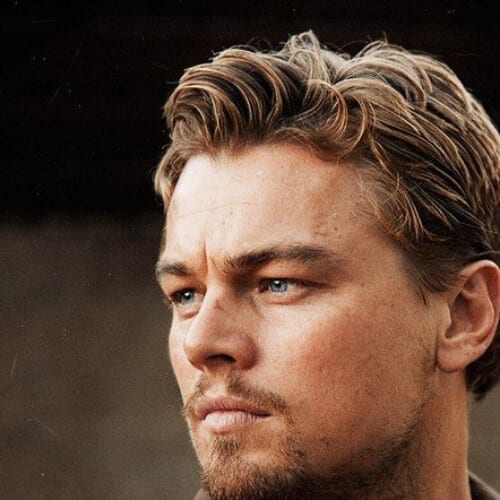 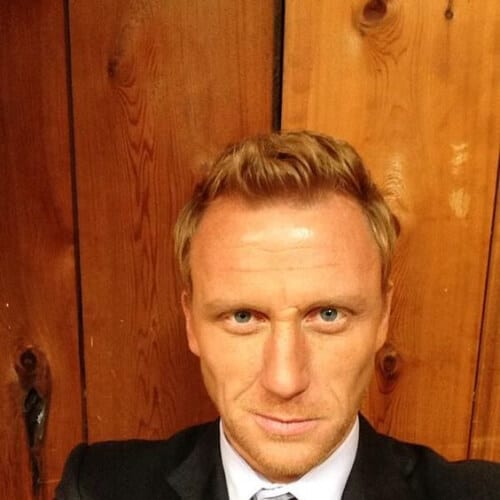 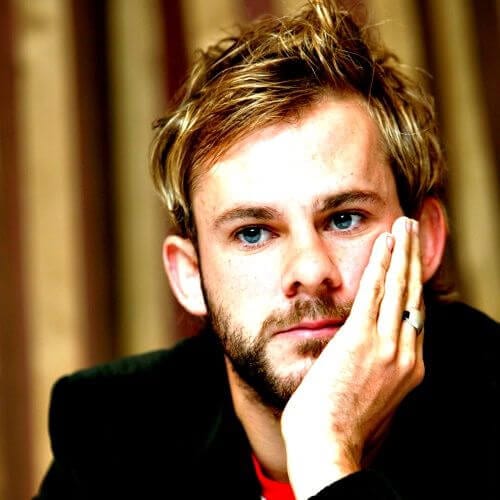 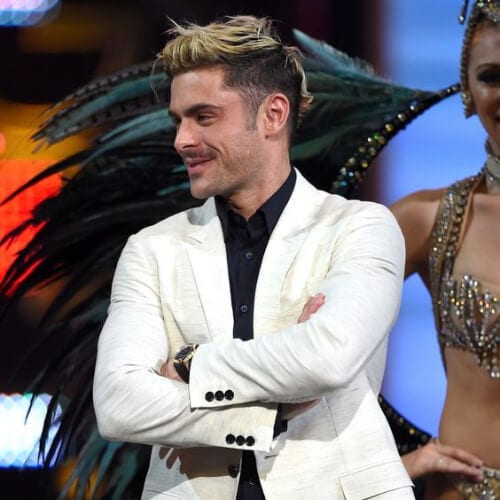 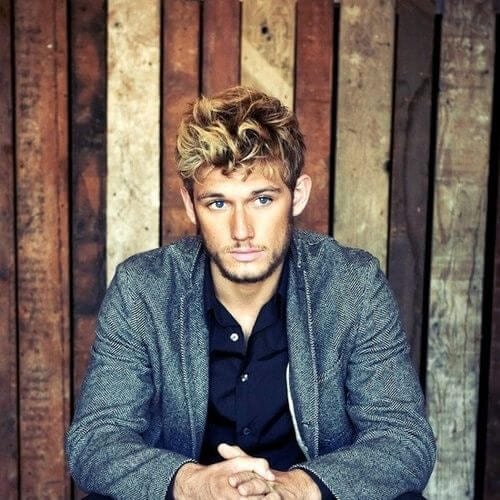 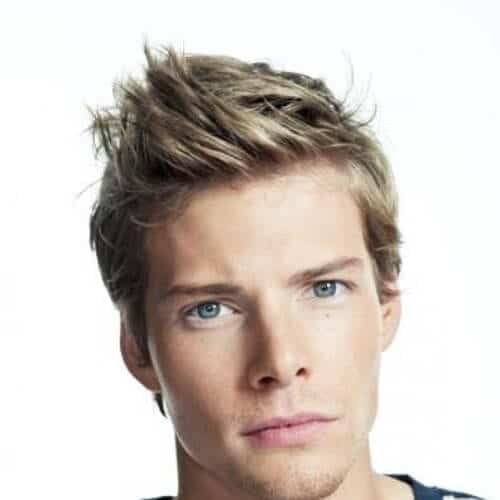 July 2019: We updated the styles in this article.