2B House by Sifres Ortega Arquitectos 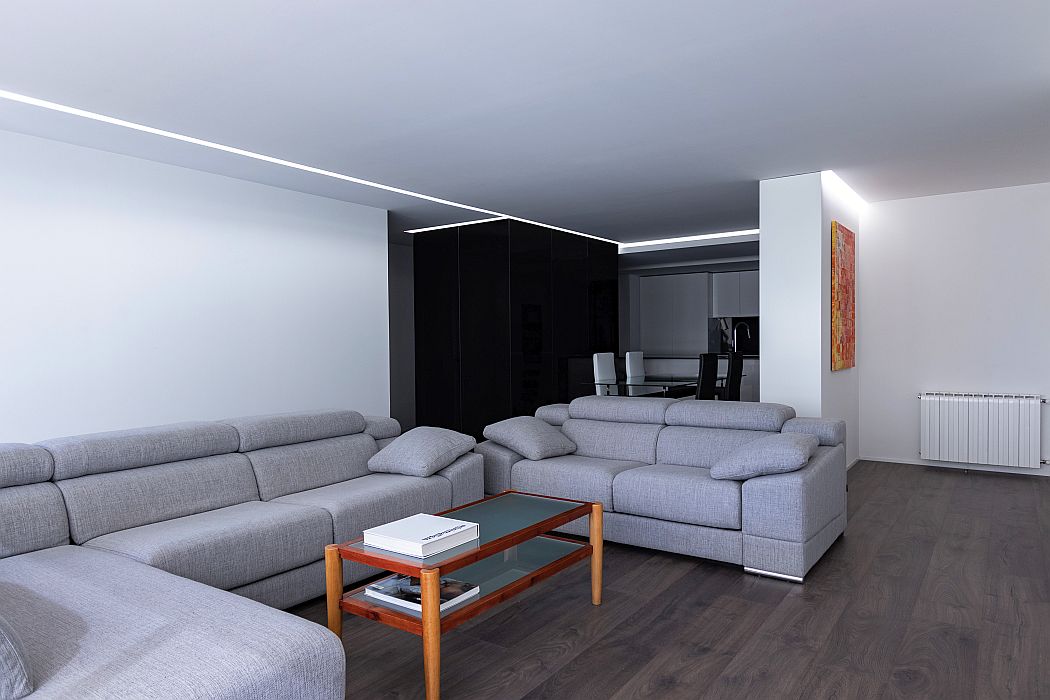 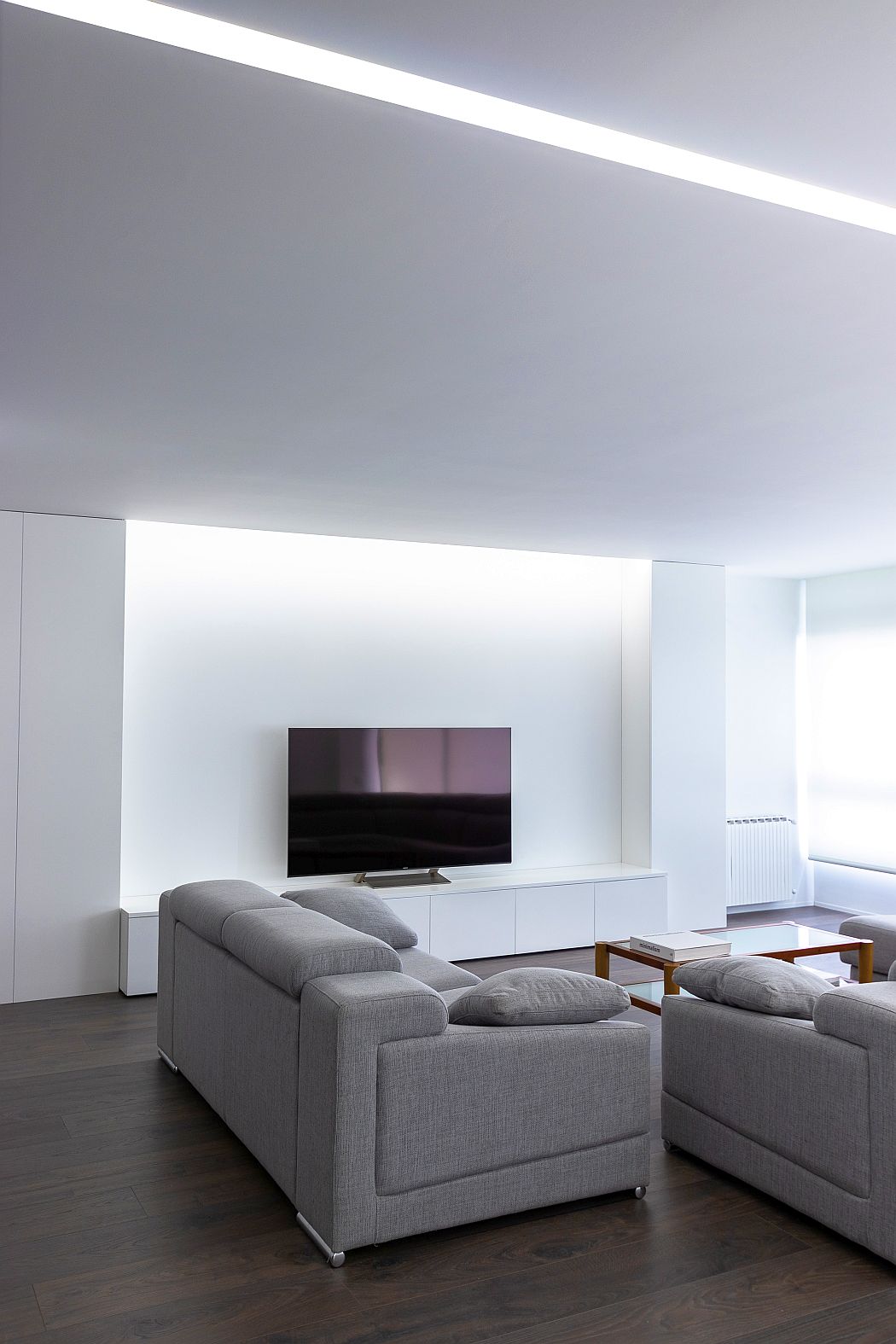 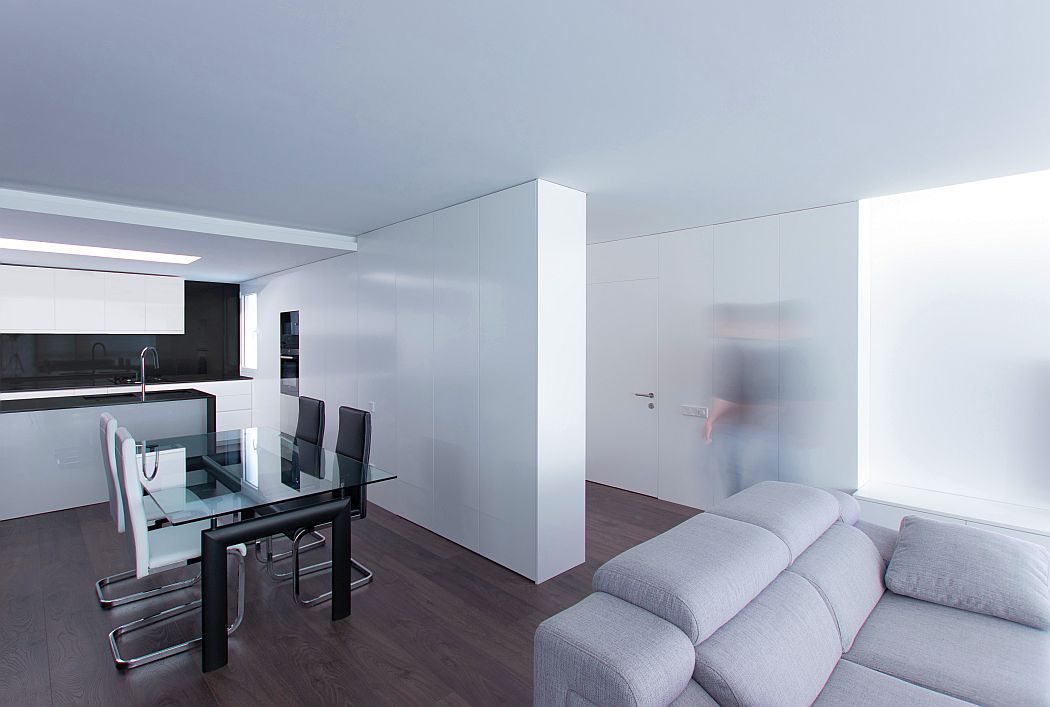 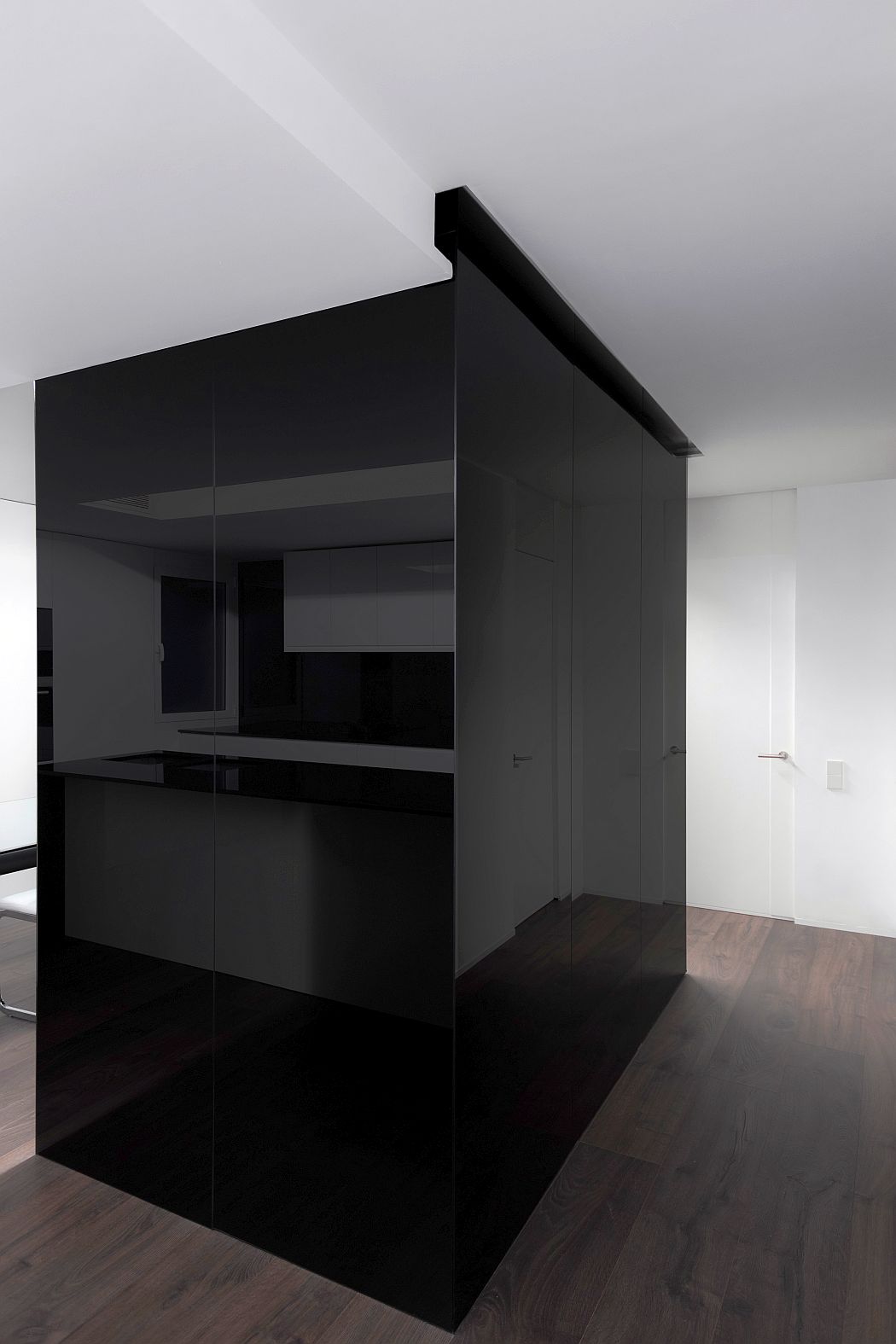 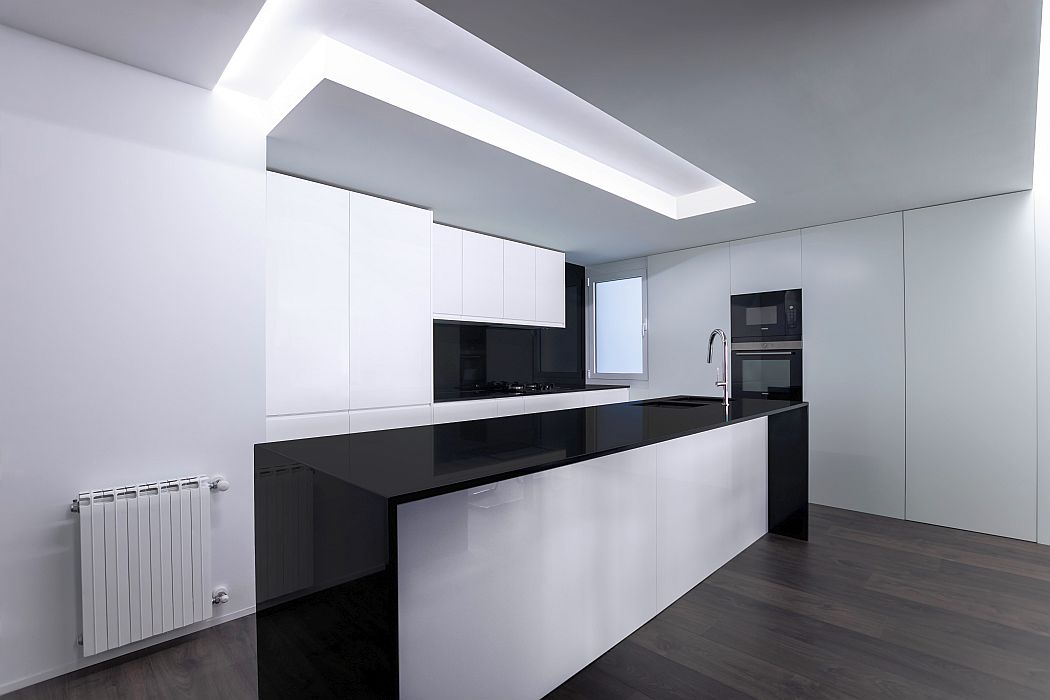 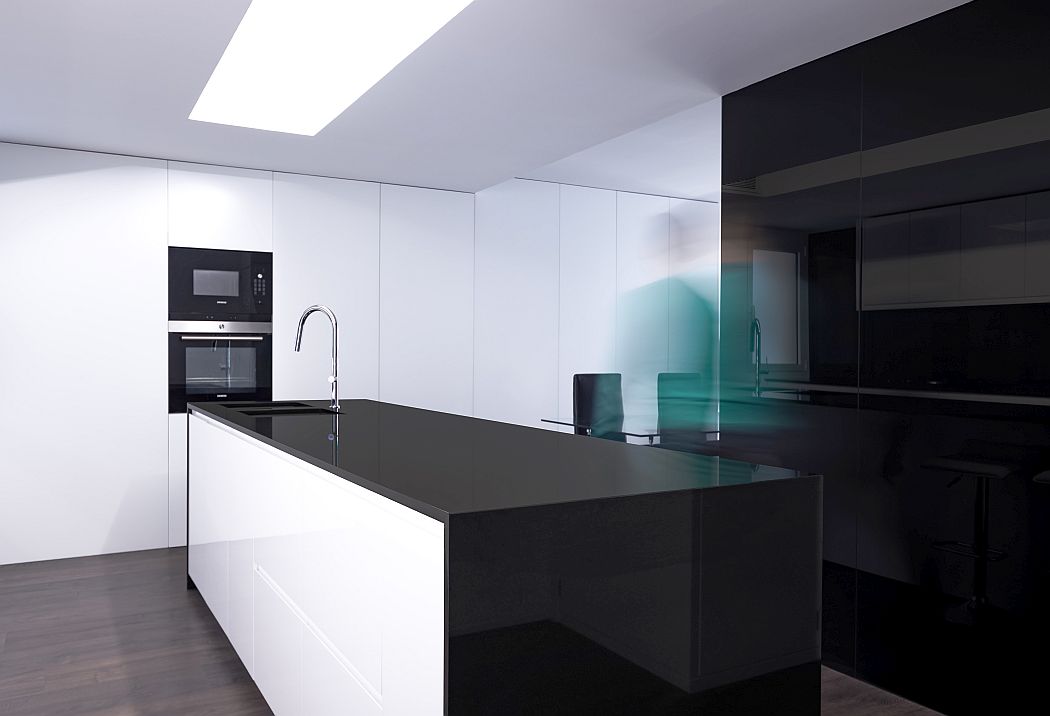 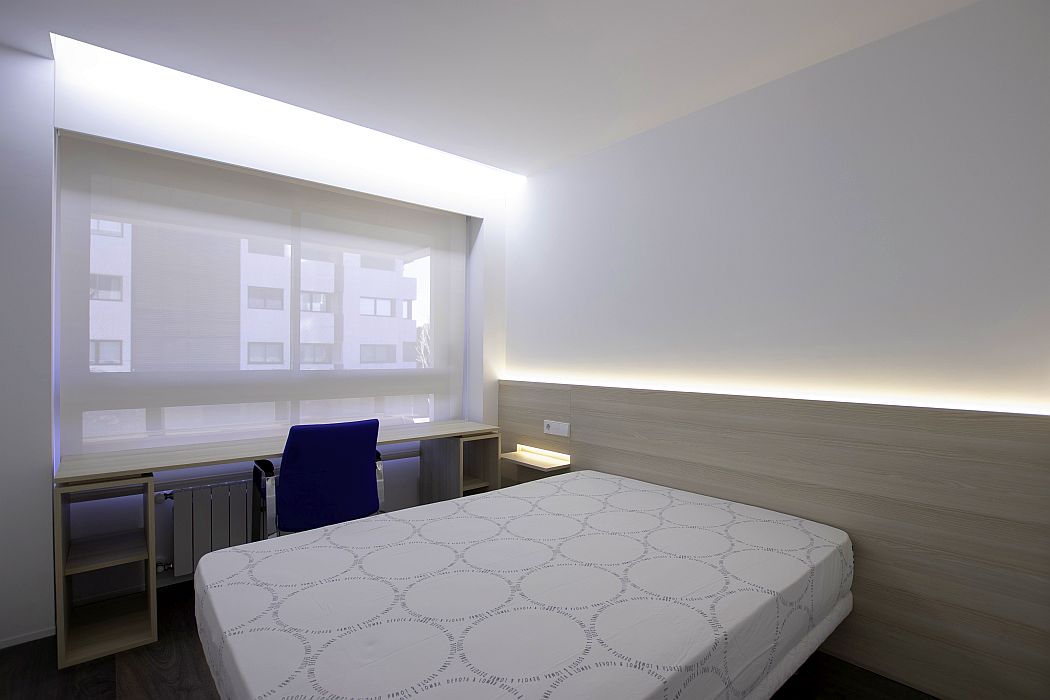 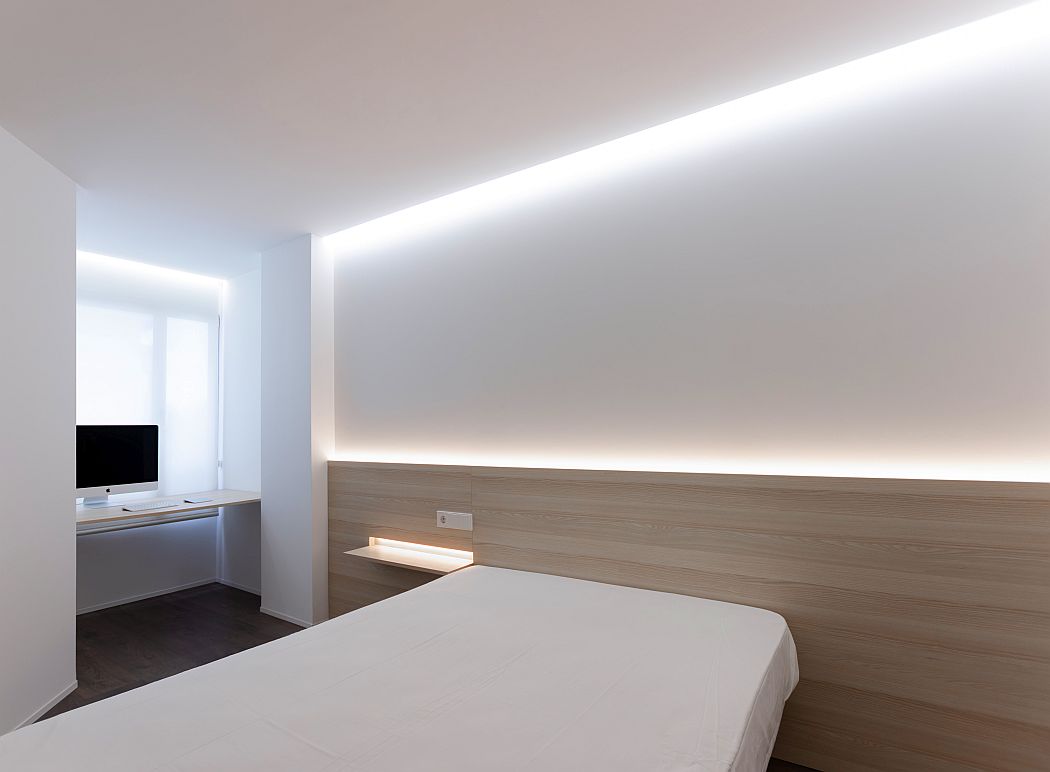 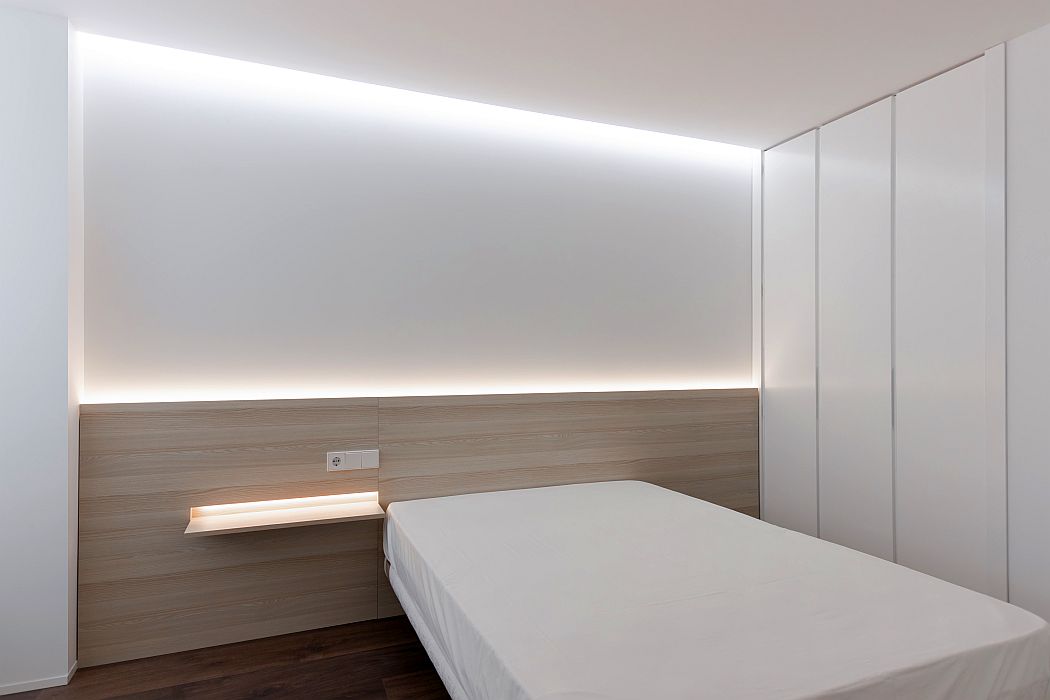 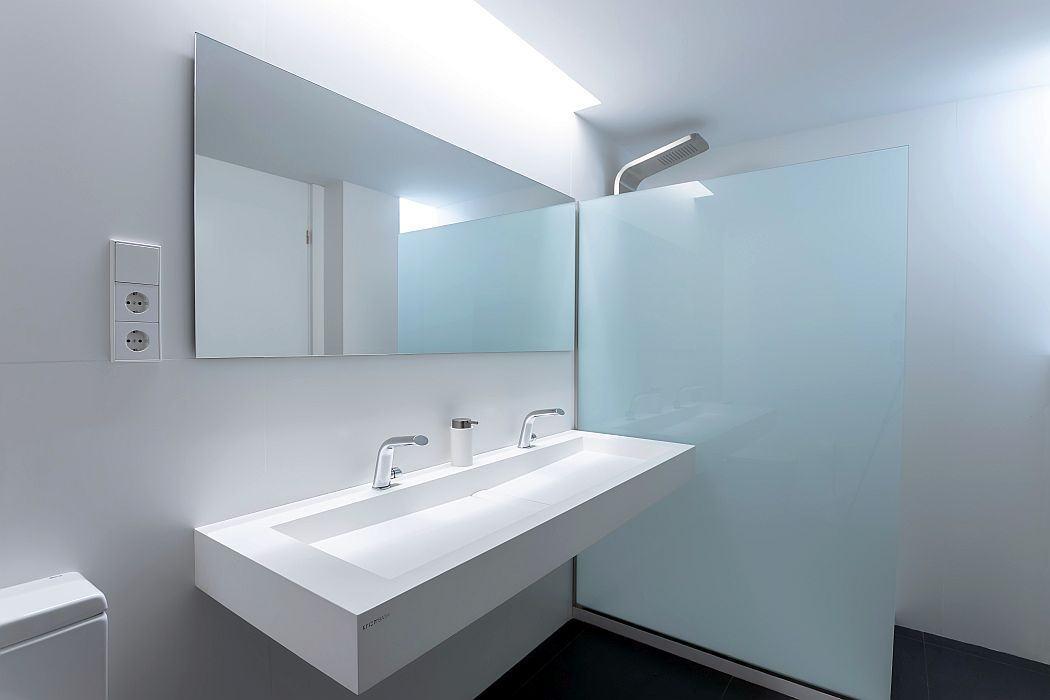 The idea for the remodeling of this house begins with the desire to transform a house with a conventional distribution, widely segmented and energy deficient; into a large open, functional space where natural light takes up all the spaces of the house during the course of the day.

To this effect, a radical move that is both clear and simple was made: all the partitions and corridors that divided the common rooms are eliminated, to place only one strategically located cube. A black prism that lies within the space, sculptural, almost enigmatic, and whose function will be to divide (only visually) and organize each of the common areas of the house. Thus, the necessary privacy is achieved, avoiding at all times the crossing of views, such as between the access to the private area of ​​the bedrooms and the common areas.

In addition, from the cube itself that acts as the central element that configures the distribution of the house, start the lines of light that illuminate the adjoining spaces and emphasize the differentiation of each of these common areas. Meanwhile, the light extoles this geometric piece, which is a singular sculptural element within the large open space of this .