I have more exciting news from Dulux today, with the announced this week via a virtual, live-streamed Gala Event on the Dulux website. Selected from an outstanding 437 entries from New Zealand and Australia, the award-winning projects across the six categories are truly remarkable, with colour use by the architects and designers a testament to their commitment to creativity and originality in design. 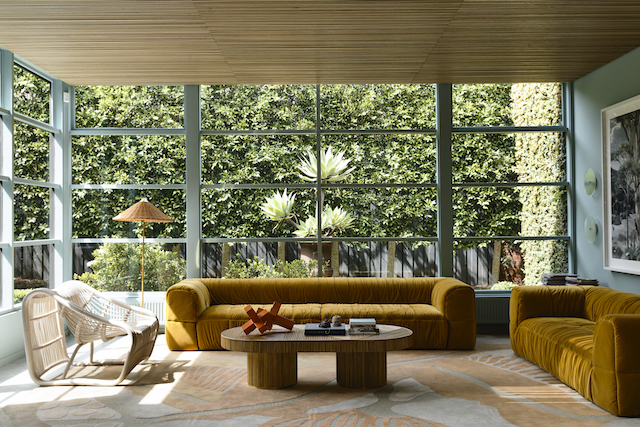 Celebrating its 35th year, the renowned industry awards highlights incredible innovation with colour, with a judging panel comprised of five design industry leaders: Patrick Loo, (NZ); Sarah-Jane Pyke, ; Jefa Greenaway, ; Suzannah Waldron, ; and, Mel Bright, .
“We were impressed by the breadth and implementation of colour in the conceptual and finished projects, particularly those that manipulated and mastered their immediate surrounds,” the judges said. “We considered the designs holistically; the way colour encapsulated a space, highlighted the architectural form and is supported through soft furnishings and furniture.” 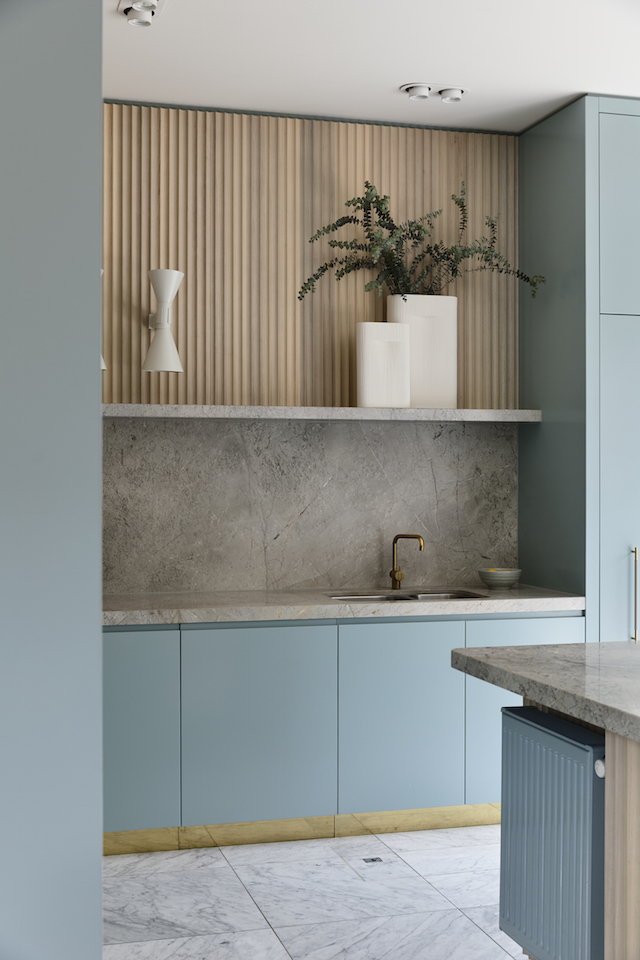 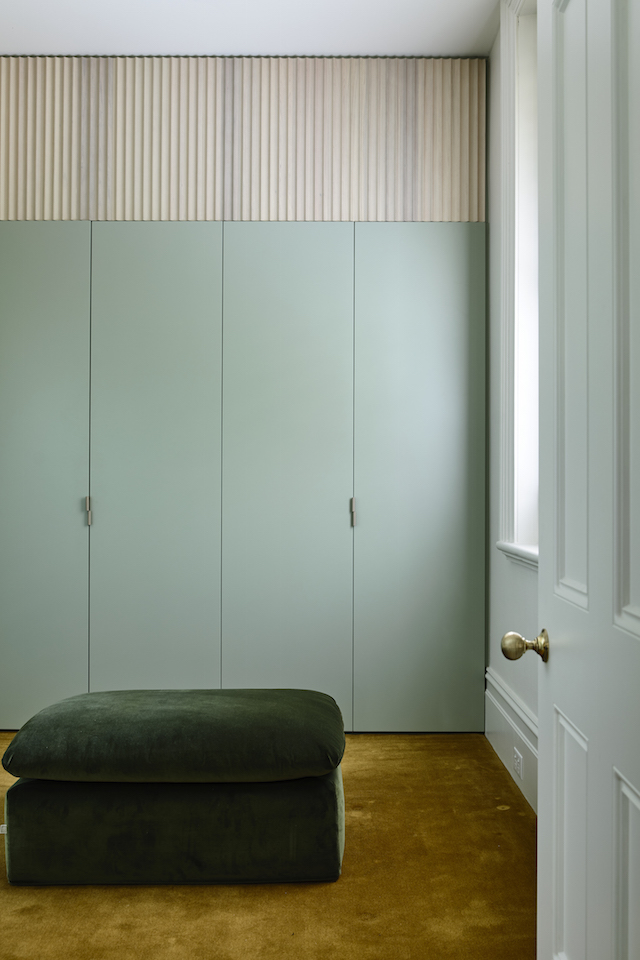 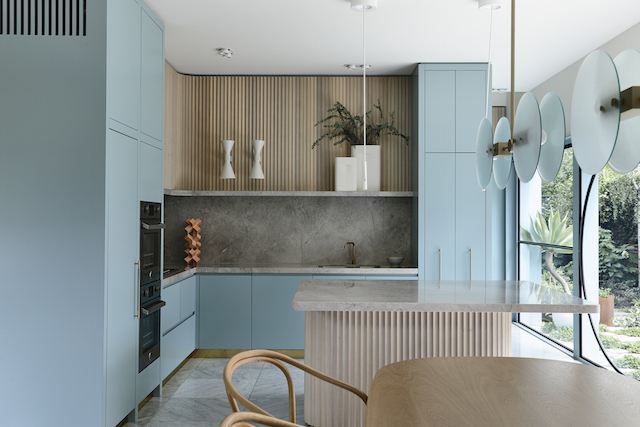 Today I’ve selected to share two winning projects from the Residential Interior category, starting with the winner, Erskine House by . The Melbourne based architecture practice was tasked with making alterations and additions to this substantial family home accommodated in a gracious Victorian dwelling with well-proportioned rooms. Some later additions had been made over twenty years ago, but whilst well-built and very solid, these were not as architecturally distinguished as the original house. Reimagining the house as a single entity, Kennedy Nolan wrangled the plan to discipline the various parts into zones – a parents’ zone, a children’s zone, and a social space for everyone to gather.
Another important task was to unify the house visually and make a connection between disparate design expressions – high Victorian, high eighties, and pragmatic spatial extensions. Further to this, the interior was identified as being strangely disconnected from the garden. The design process began with a colour palette that defined a particular mood – cool, quiet, but with some intensity and playfulness. Once this palette was established, Kennedy Nolan then understood the personality of this house, meaning they could then interrogate this personality to answer all necessary design questions. The various elements of the house now feel like parts of a single expression. The palette, combined with an emphasis on textured materials, playful platonic shapes and a disciplined, coordinated layering approach to furniture and lighting has resulted in a family house which is comfortable, light, connected to its garden, and a sophisticated setting for playful grown-ups and serious children. 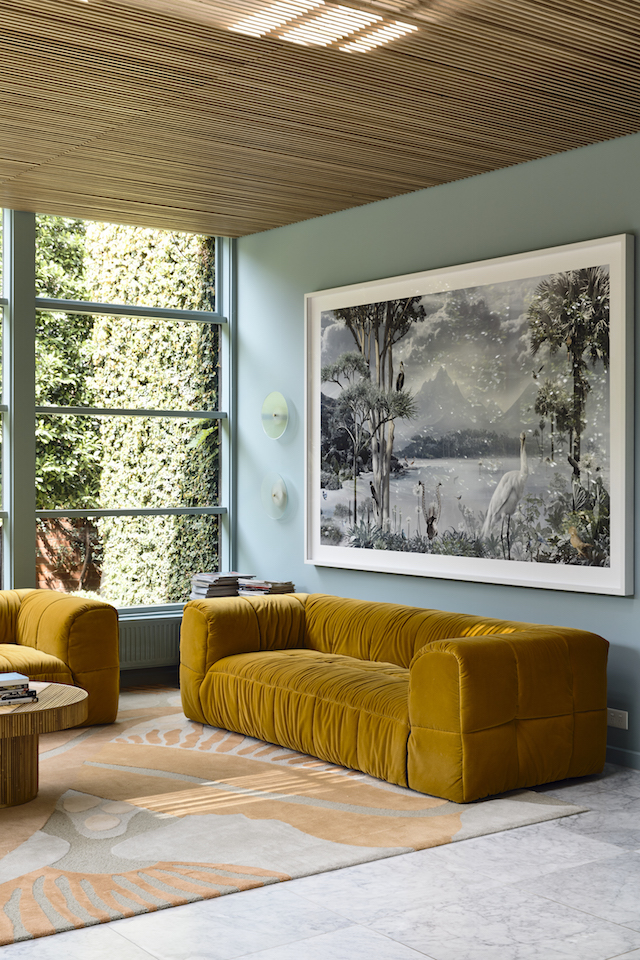 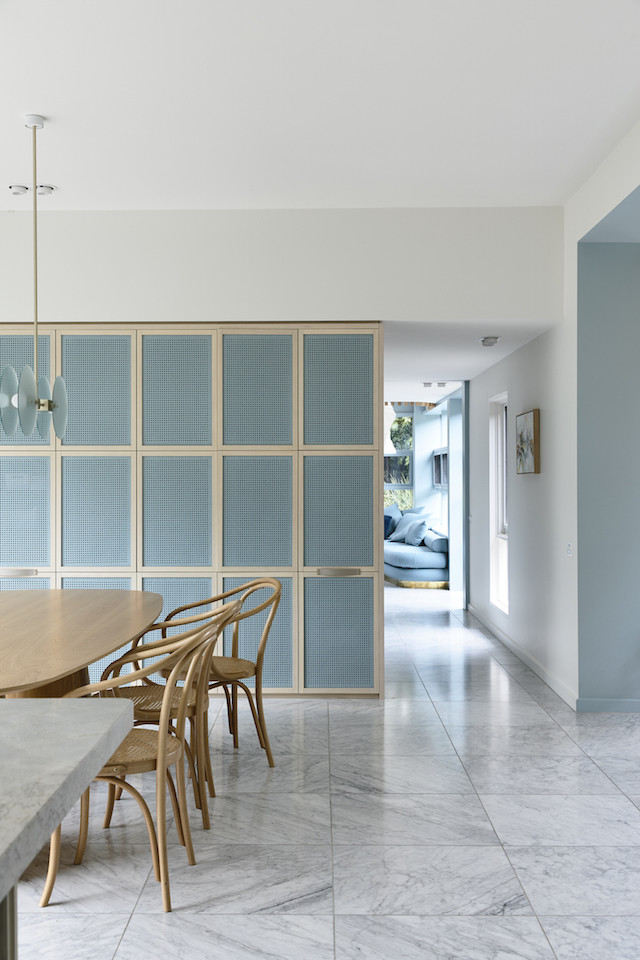 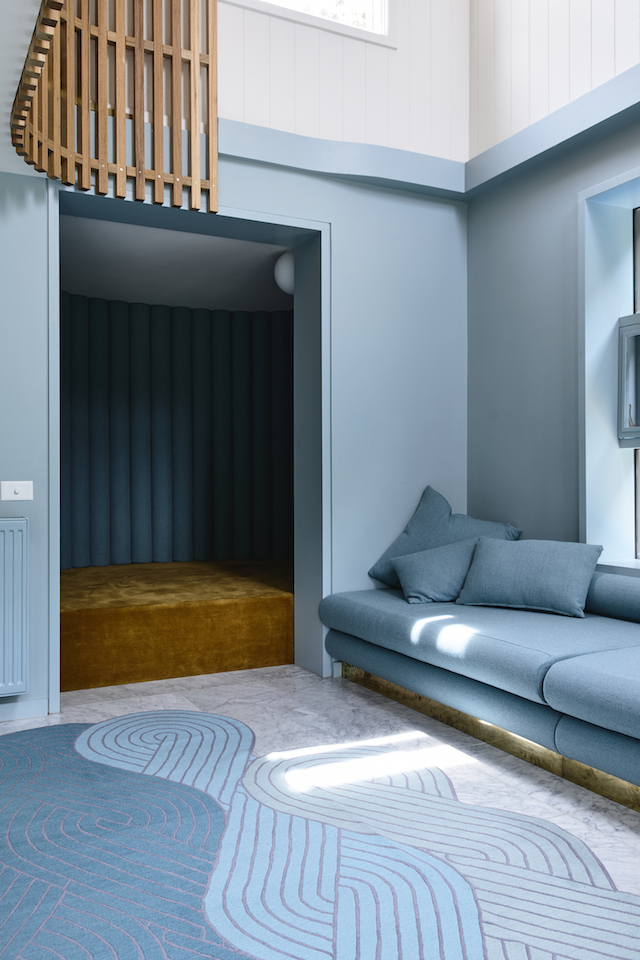 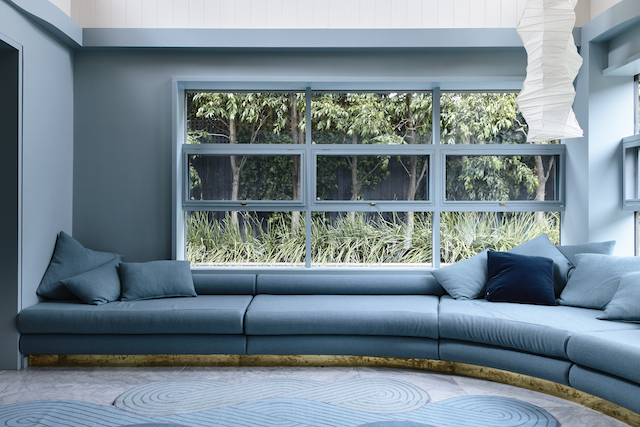 “In this project, connecting disparate design expressions – high Victorian, high eighties – while adding functional spaces and establishing a relationship with the garden, began with defining a colour palette. This in turn, identified the personality and mood of the house – ‘cool, quiet, but with some intensity and playfulness’ – and set in motion the design strategy. Such a fully integrated colour-driven response has ensured a cohesive and utterly compelling outcome. It is more than paint on a wall; it is an immersive, architectural experience, in which elements such as soft furnishings, landscape materials and lighting are as enmeshed in the whole as the painted surfaces. If that were not enough, the colours themselves are riveting: the pervasive Duck Egg Blue, the subtle grey-green Banksia and rusty warmth of Red Capital. A truly inspired process and outcome.” — Sarah-Jane Pyke, Arent&Pyke 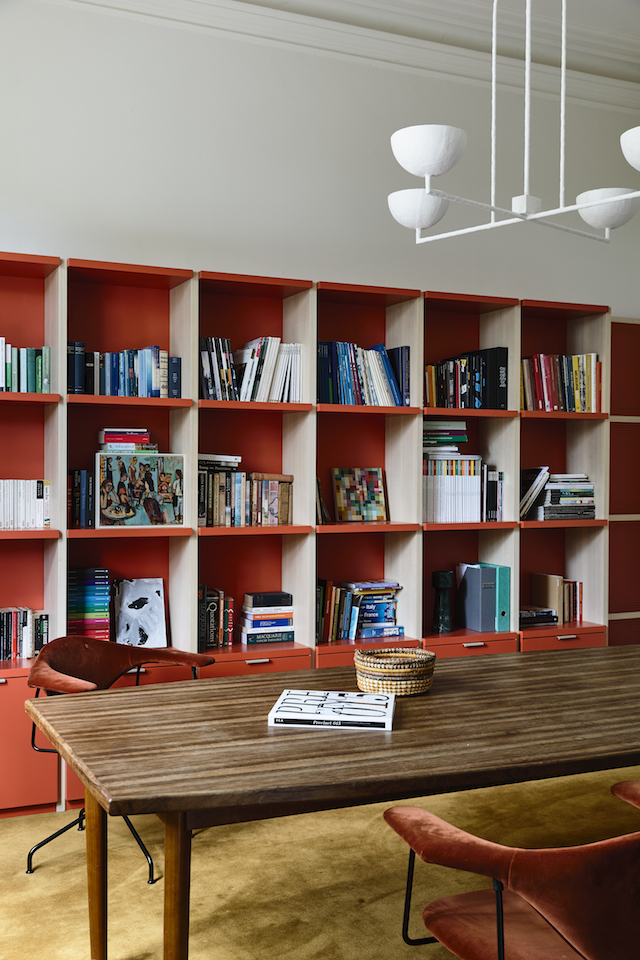 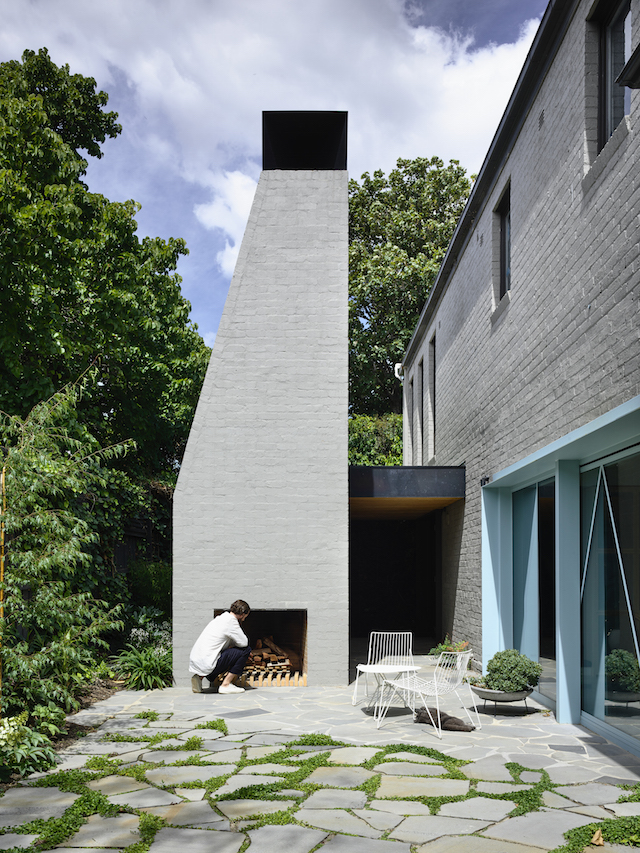 Photography:
This next project, The South Yarra Apartment by , received a Commendation in the Residential Interior category and immediately drew me in with it’s calming, tonal use of colour. 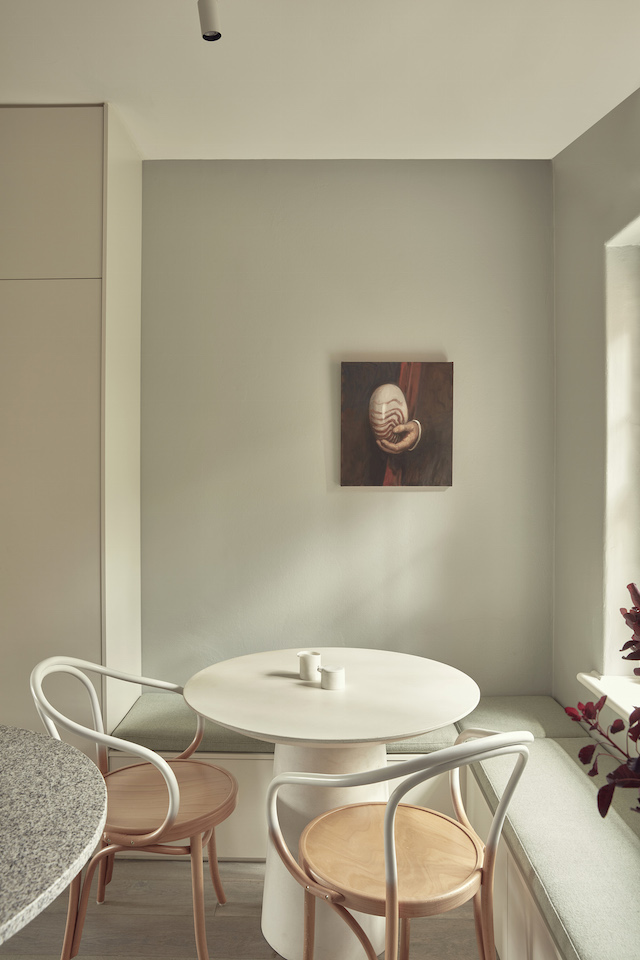 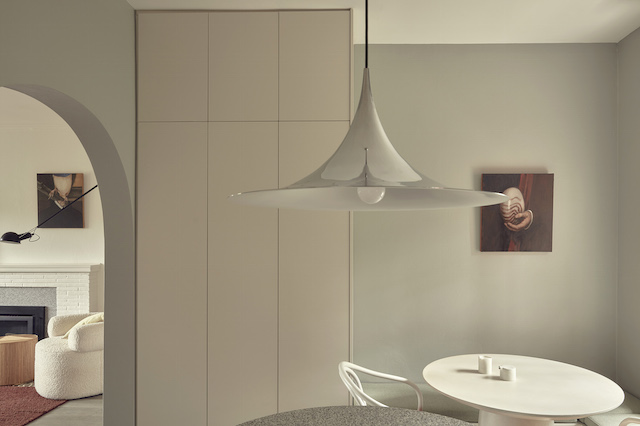 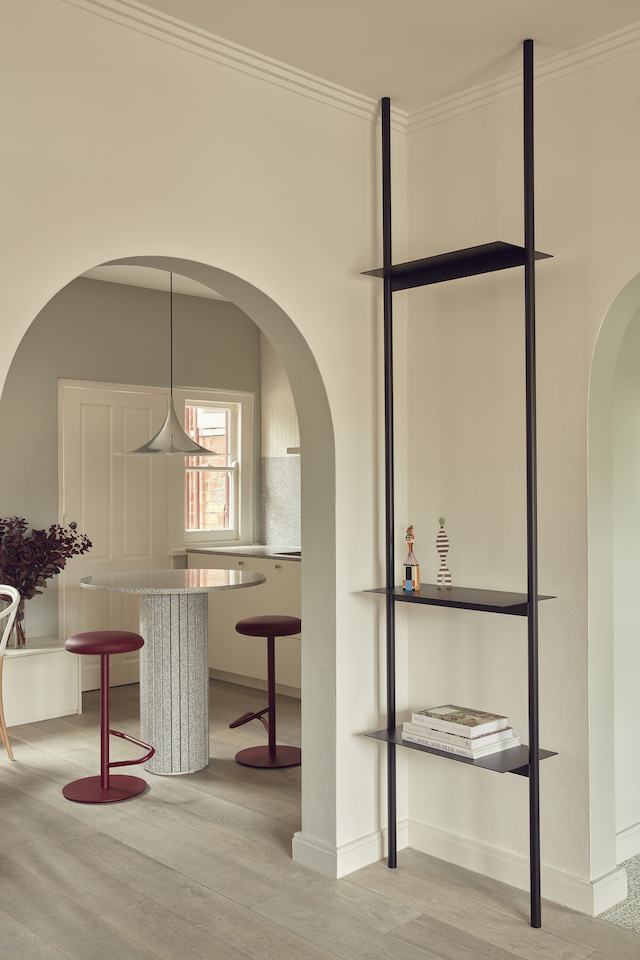 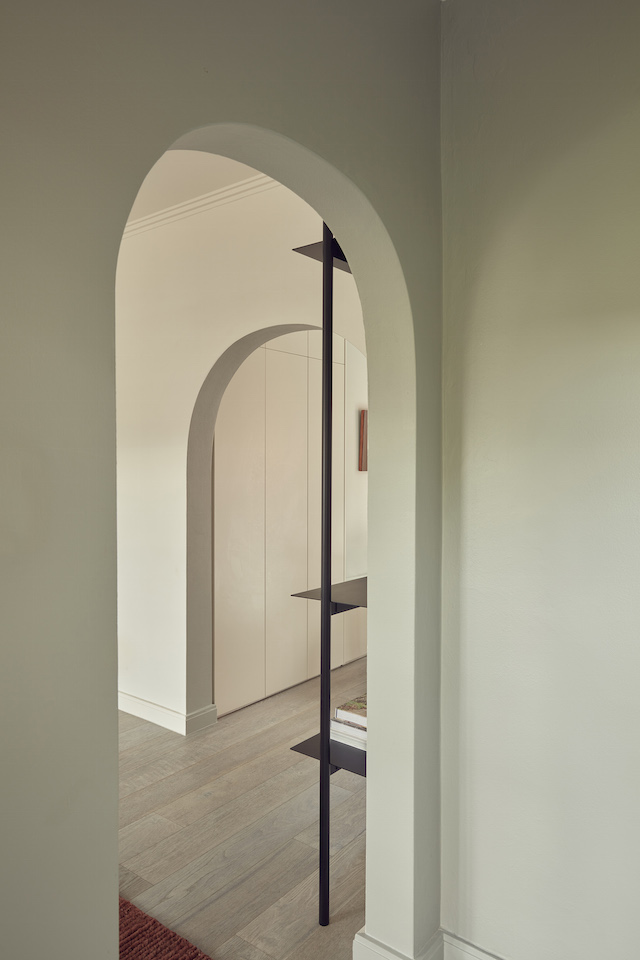 Tasked with updating and modernising the two-bedroom art deco apartment which had been in the client’s family for 30 years, it was clear that this place was special beyond just being an investment property, and the design studio’s celebratory approach to the renovation reflects this. The existing space had ample access to natural light and lovely internal deco details and trims. Adopting a light touch was necessary, so as not to detract from the existing features, and a longing for ceremony underpins the design approach. A considered palette was used to denote this, where colour has been used sparingly but considerately to create a sense of occasion to specific zones. Creating a sense of arrival to the entry was important. “It’s such a luxury to have a generous entryway in a small apartment. We felt it was an important aspect to maintain and celebrate, so we created a heightened sense of enclosure and utilised colour blocking to the walls and floor to demarcate the entry vestibule. The kitchen design references a traditional European kitchen – tight but packed with function and a space for everyone. We felt it was important to celebrate the island bench in the kitchen as is it a central and much utilised element in the space serving a dual purpose of additional kitchen bench space and a place to gather. We were very much drawn to the idea of creating a place for ritual and ceremony even within the confines of a small kitchen and felt that this should be celebrated.”
A black custom metal shelving unit references the steel plate art deco balustrading to the apartment’s exterior and provides a home for all the daily items that need not be hidden away – TV, books, record player and objects – items which form part of the tapestry of the interior. 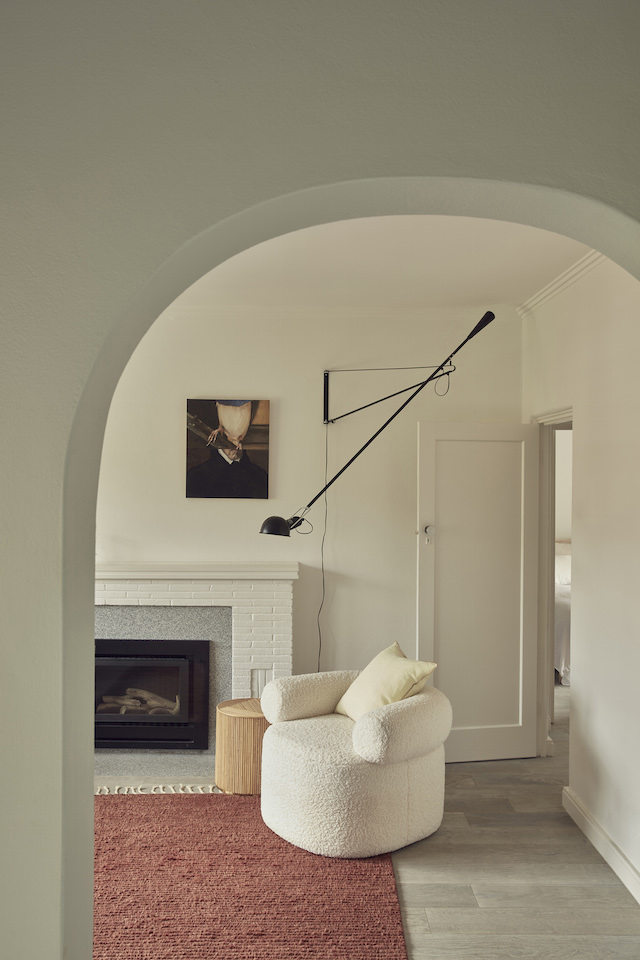 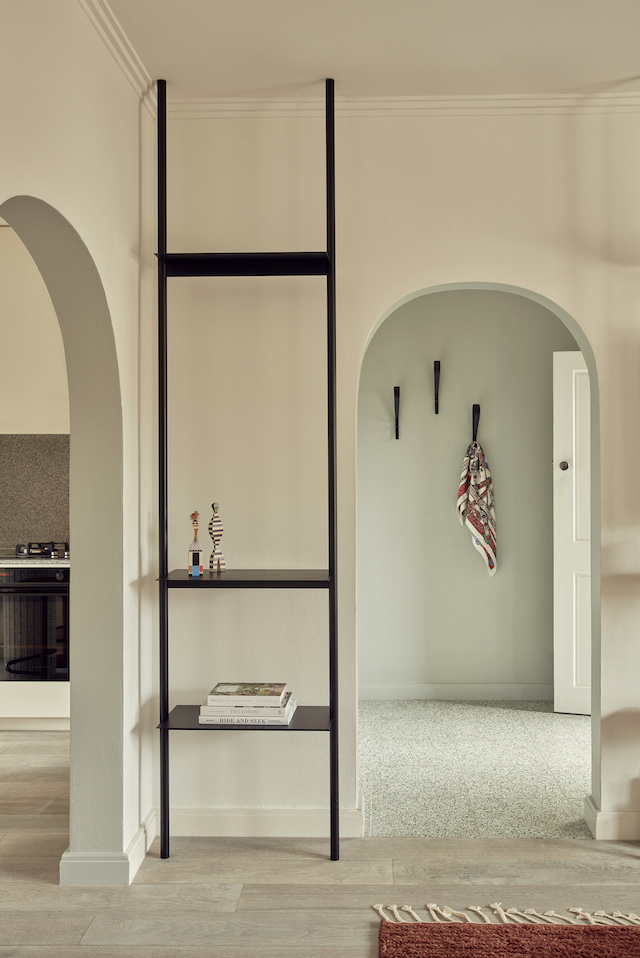 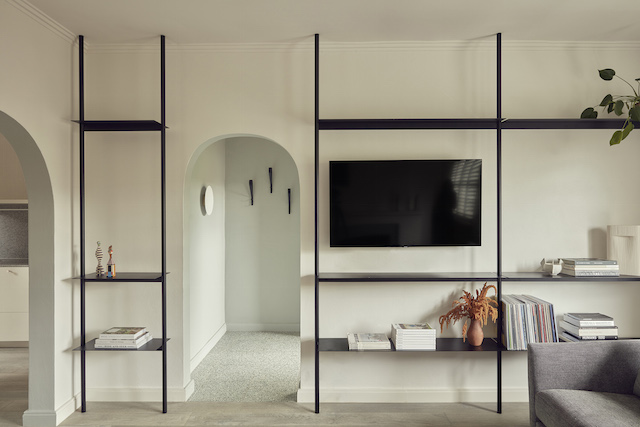 “We often talk about the challenge involved in introducing colour into an interior and remark upon the skill required to execute it effectively. But it’s equally, if not more, challenging to create a soft, muted interior that is captivating and distinct. This two-bedroom Art Déco apartment epitomises the impact a subtle palette can have when mastered. Here, a light touch was adopted so as not to detract from the distinctive period details and to maximise an abundance of natural light. Given the spatial limitations, a base colour was employed throughout, with individual highlights sparingly, yet decisively, used to demarcate the function of separate rooms. The effect is warm, calming and atmospheric – a triumph of restraint,” —Sarah-Jane Pyke, Arent&Pyke 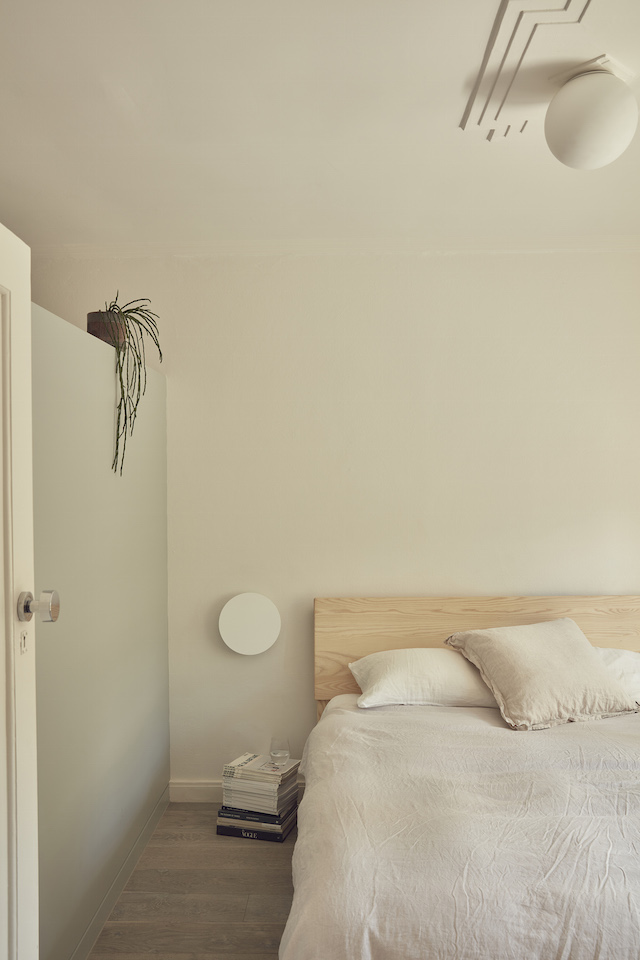 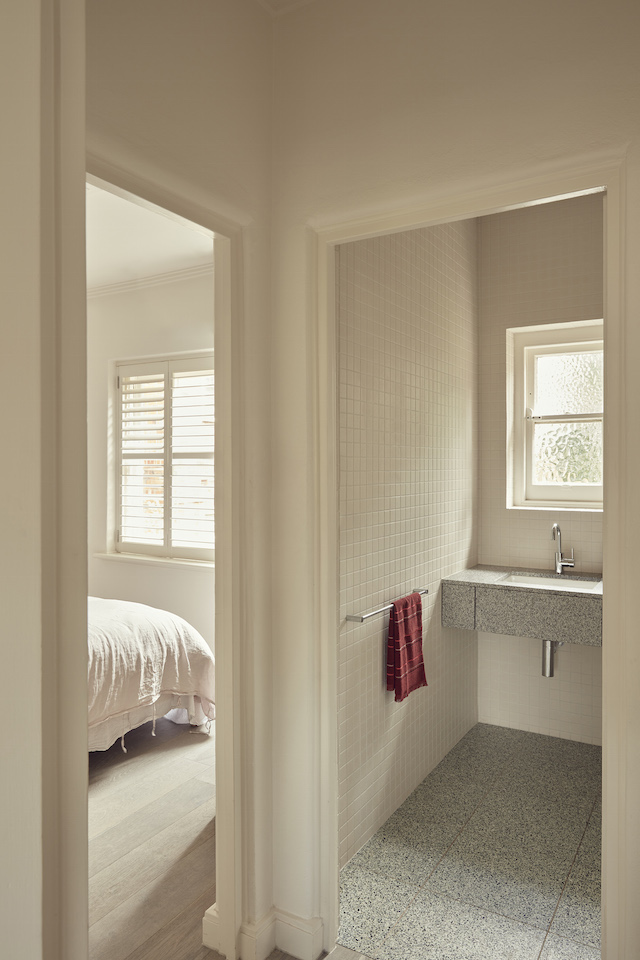 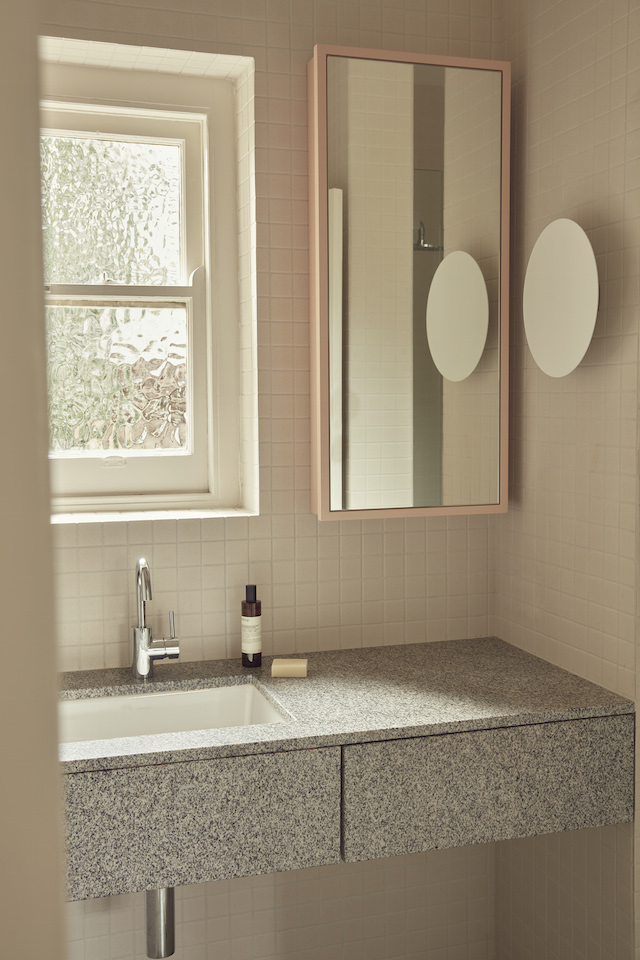 To see the full list of winners, take a look .
Images courtesy of Dulux