Not a single day passes without someone in my various social media timelines asking about the best spot for a vacation in Europe. Paris, Mallorca, Santorini – the usual suspects are super popular but people are craving new experiences and places which have not yet been spoiled by mass tourism. Luckily, the clever people at  have teamed up with some of the most knowledgeable travelers in Europe (us included!) to vote for and reveal the across the continent, one in each of the 44 countries who took part. It took a while to gather all the info, but yesterday the final list was released. I’m excited to share the top 15 destinations, which you should definitely consider when planning your future travels! 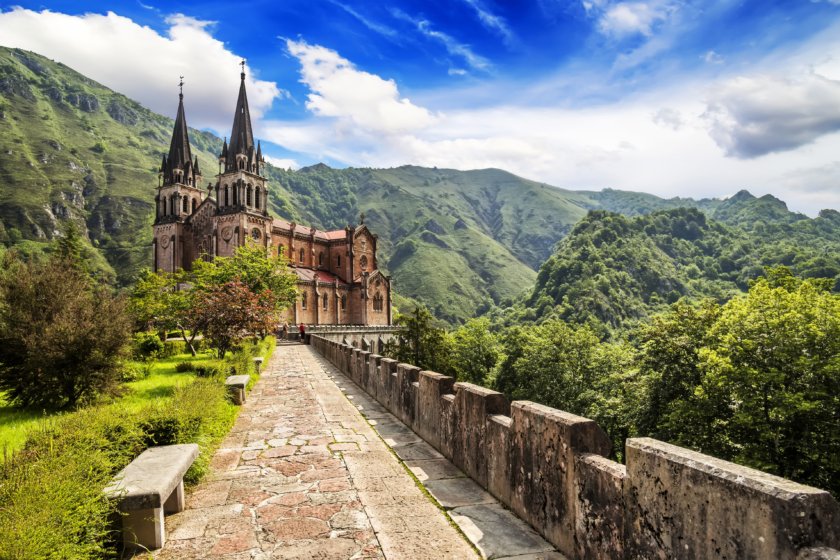 Featuring unspoiled beaches with crystal clear water, incredible hiking in the stunning wilderness, delicious cuisine and cultural highlights aplenty, Asturias is the undisputed number one destination on our list. The Covadonga convent (which doubles as a main entrance to Picos de Europa National Park) is a must-see, and since Asturias has remained under the radar as a tourist destination in Spain, prices remain very affordable. 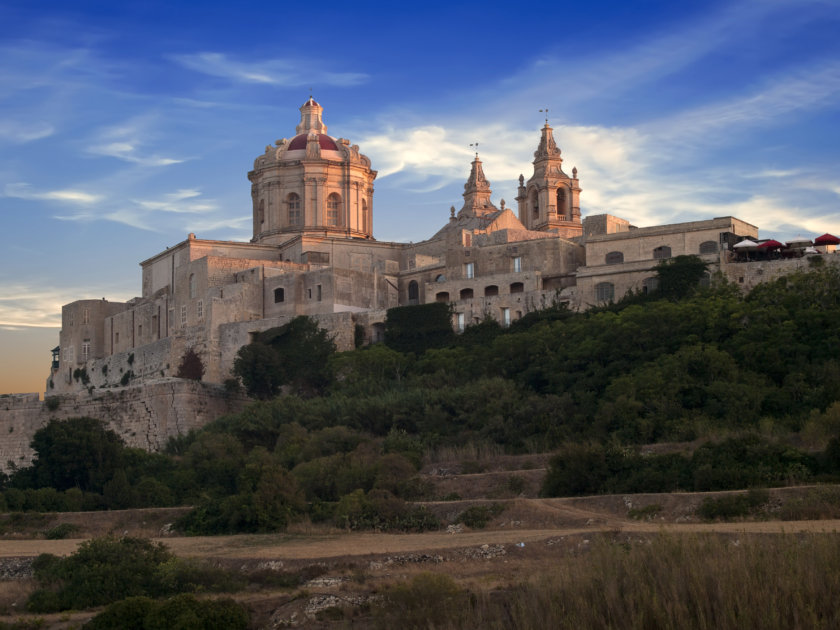 Don’t let its status as the 9th smallest country in the world fool you. Malta is bursting with attractions, from breathtaking beaches with shimmering turquoise lagoons and spectacular cliffs, to its richly cultured medieval cities, which bear the imprint of an Arabic occupation centuries ago. Mdina boasts fabulous Baroque architecture, historical sites and several palaces, whilst the city of Zebbug is famed for its “festas” (or feasts) – celebrations with hundreds of attendants that can last 3 days or more. 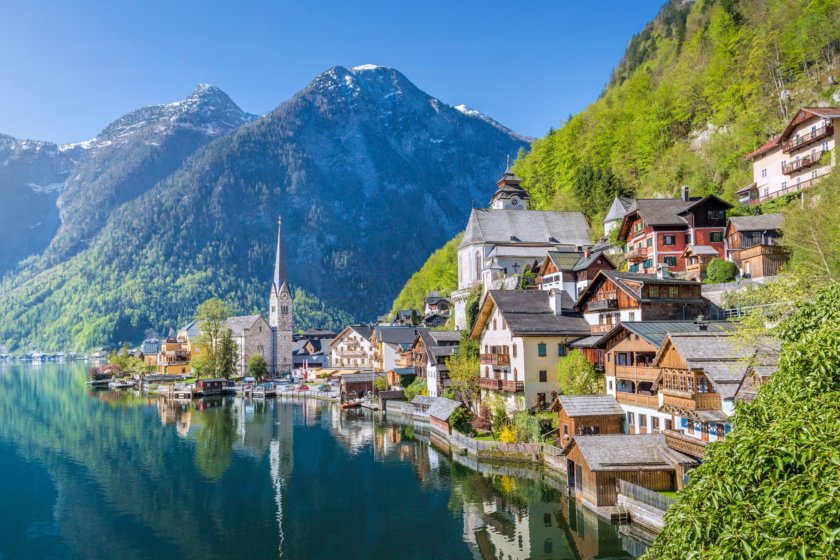 Tucked away in the heart of the charming Salzkammergut region in Austria lies the idyllic Lake Hallstatt, which is out-and-out one of the most stunning Alpine lakes in the country. Added to the gorgeous scenery, there is also plenty to do here activity- and sports-wise, whether you go in the winter or the summer. Take the cable car to the dramatic Mammoth Cave at Obertraun or the equally impressive Dachstein ice caves; or ride the mountain railway to visit the historic salt mine, stopping to enjoy a delicious, locally-sourced meal for lunch. Heaven. 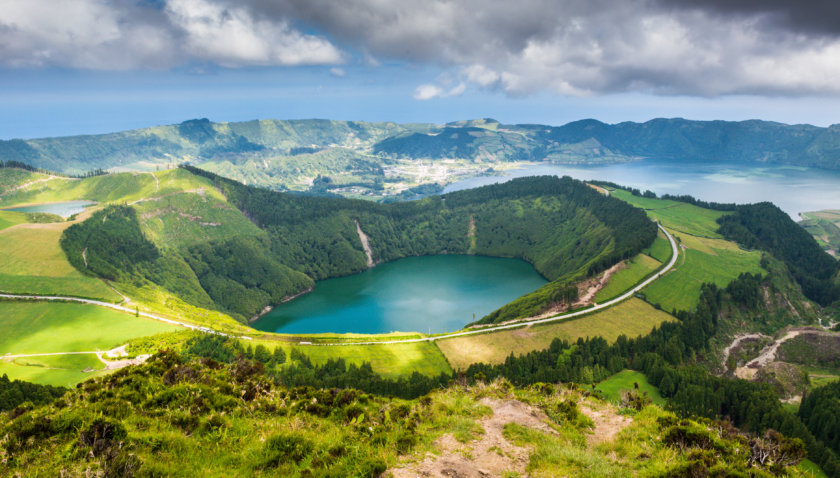 An autonomous region of 9 islands located in the mid-Atlantic, the Azores are a pristine gem as yet untouched by large-scale tourism. Featuring volcanoes, crater lakes, waterfalls and picturesque fishing villages, the scenery in this volcanically-formed paradise will blow you away. A UNESCO Biosphere Reserve since 2009, the islands are home to Ponta do Pico, the highest mountain in Portugal, and have been described as “the Hawaii of the Atlantic”. 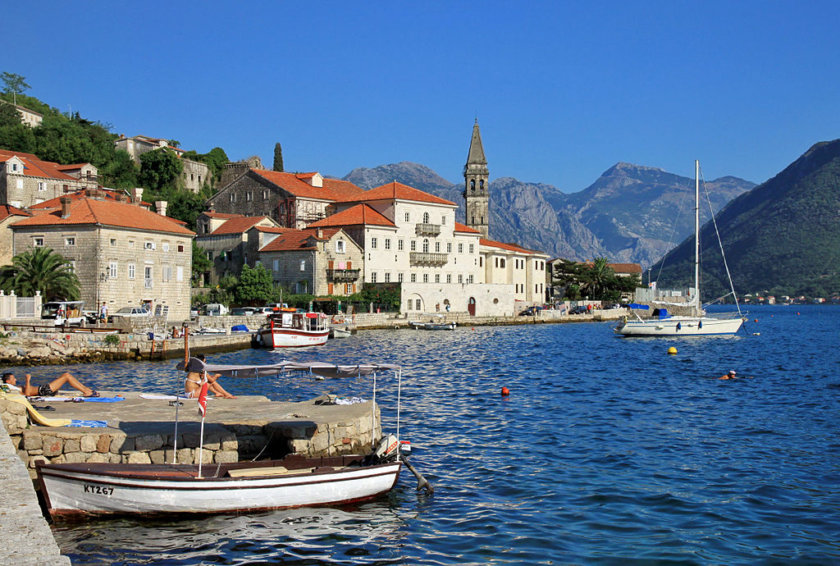 Montenegro is a budget traveler’s dream, offering an extravagant holiday experience for a minimal cost. Beach lovers will salivate over the quaint town of Perast, as yet relatively undiscovered by the masses, which boasts not only crystalline waters lapping at the shore but also picturesque Venetian architecture. Two more sites are also accessible from this beautiful little town – the Adriatic’s only artificial island, Our Lady of the Rocks, and the island of St George. 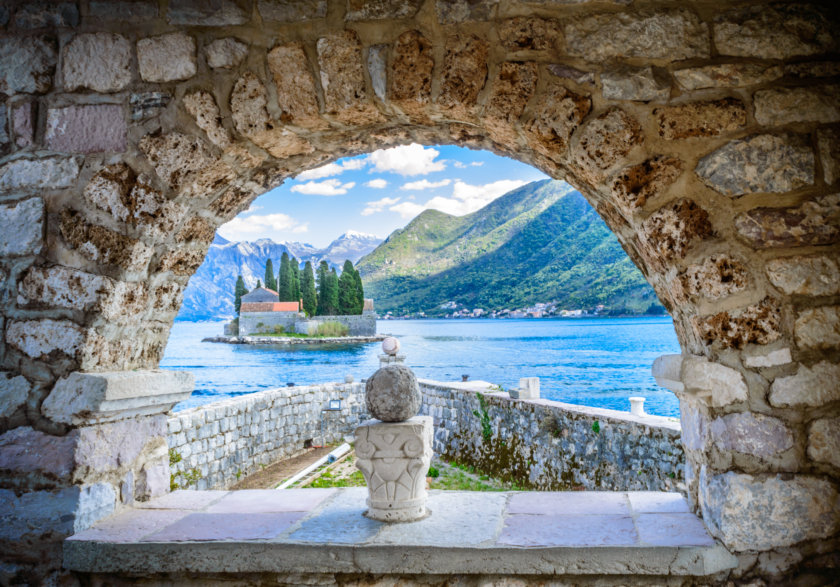 Essentially a 200 km2 landscaped garden, the Lednice-Valtice region is a UNESCO World Heritage site, Europe’s largest artificially formed geographical area and home to Lednice Castle, a towering mansion reminiscent of something out of a fairytale. The building has a fascinating history; it began life as a Renaissance villa, and has been updated many times, most recently in the neo-Gothic style. The grounds contain many architectural quirks, such as Romantic follies, the artificial ruins of a medieval castle, and a 60 m-high minaret which you can climb for spectacular views. You can also take a boat trip down the river, where if you’re lucky you might spot some wading birds. 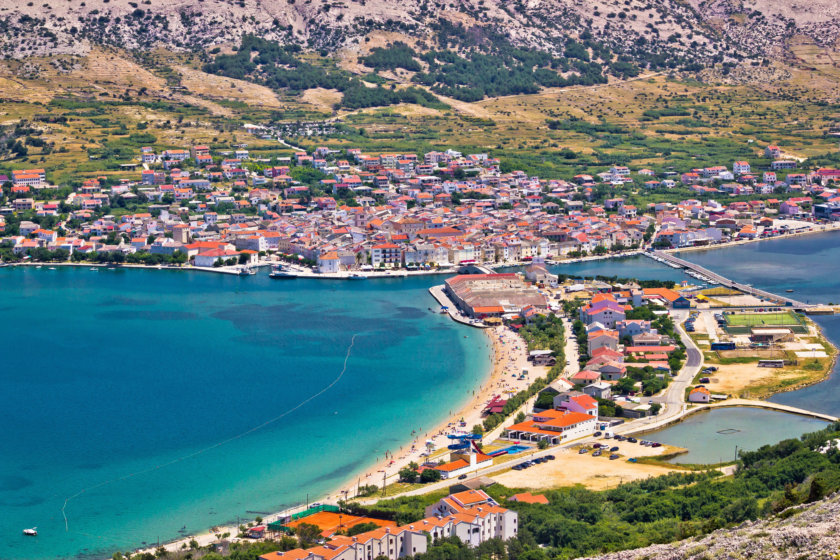 With a striking, moon-like landscape of barren rocks and mountain ridges set in a shimmering blue sea, Pag island is one of the most dramatic and unique locations on the Croatian Adriatic coast. The tough islanders make the most of the land’s meagre resources, producing lace, decent local wines and sheep’s milk cheese given a characteristic flavor by the local herbs and grasses that the animals graze on. A light sea breeze takes the edge off of soaring summer temperatures, and Croatians welcome guests with warm smiles and affordable prices. 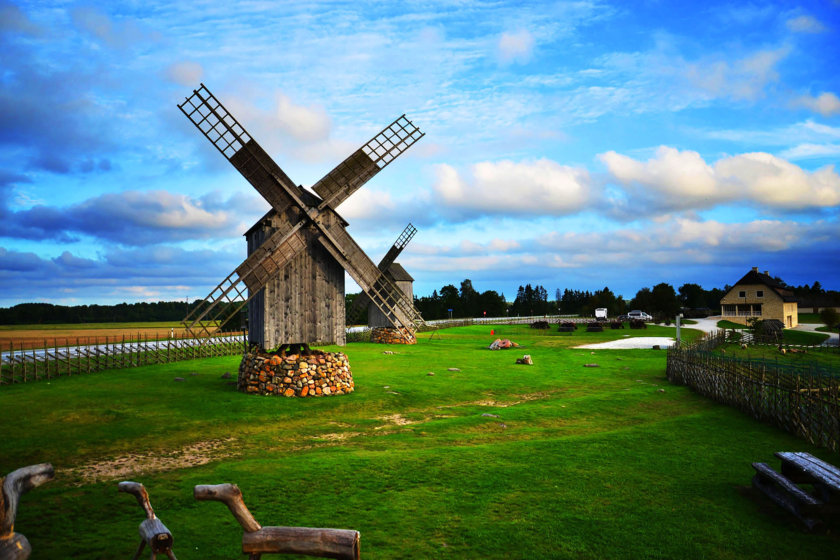 Estonia’s largest island, Saaremaa is located in the Baltic sea and is home to the fascinating Kaali craters, a series of 9 large depressions thought to have been made by meteorites that impacted the Earth 3,500 years ago, in the Holocene period. The largest crater forms the unique, green-toned Kaali lake, and many myths and legends surround the area, with the lake still considered sacred by locals. The island’s only town, Kuressaare, is situated on the Gulf of Riga and features a beautiful medieval castle which houses the Saaremaa Regional Museum. 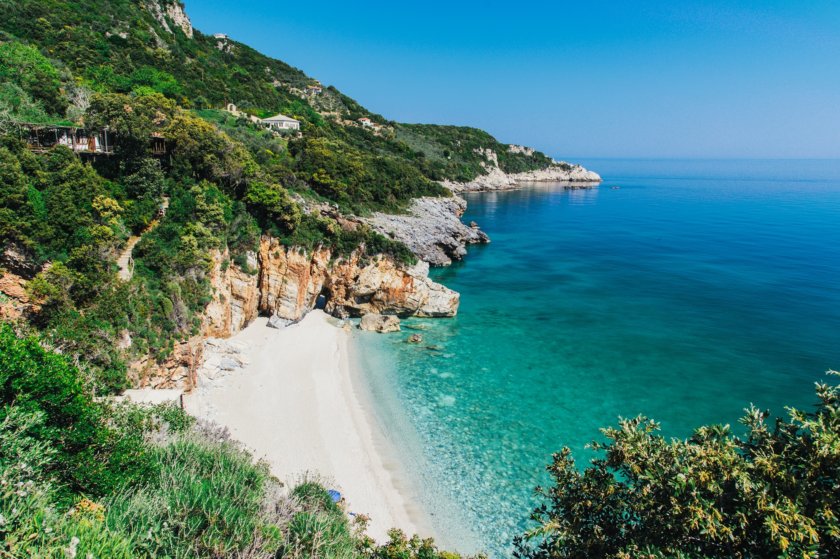 Located in Thessaly, halfway between Athens and Thessaloniki in the Pagasetic Gulf, Volos is a treasure trove of archaeological sites, buzzing bars and decent eateries. With idyllic beaches lapped by sparkling turquoise waters on one side and the majestic Mount Pelion on the other, the natural harbor town  provided a perfect setting for the 2008 movie Mamma Mia  – and the dramatic, yet tranquil landscape of the Volos and Pelion region makes an ideal getaway for those seeking to escape the crowds. 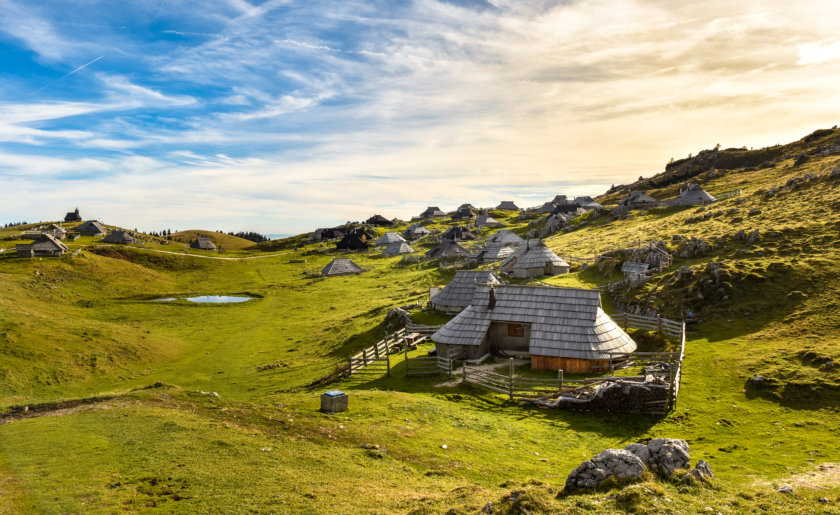 Although tiny, Slovenia is packed with stunning places to visit. The Velika Planina uplands, a series of alpine meadows located just an hour from Ljubljana, boast the oldest preserved herdsmen settlement in Europe, comprising an enclave of idyllic wooden shingled huts which resemble a set from Lord of the Rings. The Kamnik Alps region, in which the uplands are located, is also a destination in itself, particularly for fans of cultural events – it hosts over 60 festivals in just one season, including sporting events, flower shows, and a pageant featuring national costumes. 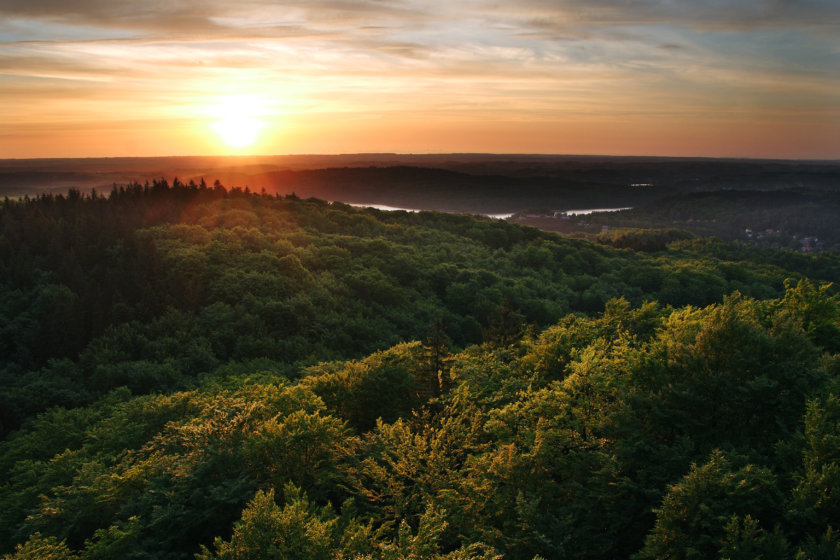 Kaszuby, a scenic region in northern Poland close to Gdansk, is dotted with small, traditional villages and stone circles known as a “Polish Stonehenge” – ancient, sacred sites of religious ritual, worship and burial, which were also used as an astronomical calendar some time between the 1st and 3rd centuries, still believed by some to even have healing properties. The nearby Lake Wdzydze is a paradise for water sports and outdoor activities, including scuba diving, and prices for meals and accommodation remain relatively low. 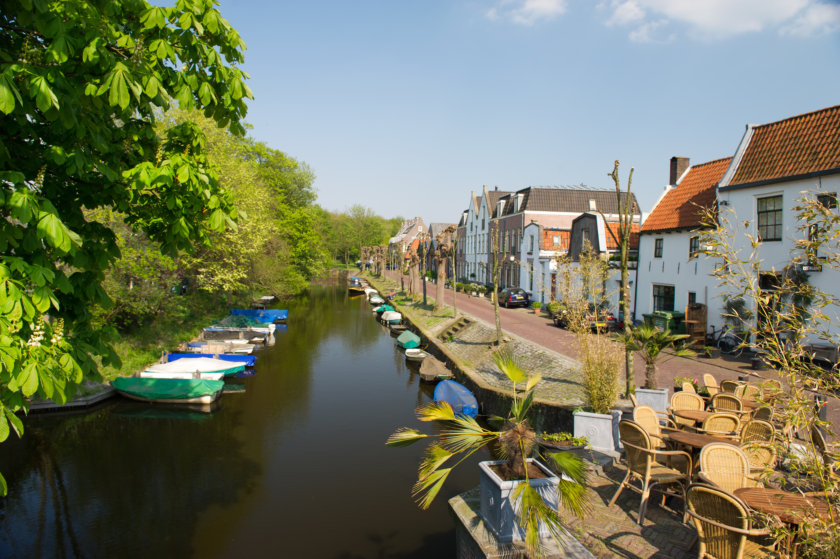 A remarkable star-shaped, 16th century fortress town situated about 30 km from Amsterdam, Naarden is the only fortification in Europe with double walls and moats. Featuring many quaint 17th century houses, Naarden is a charming place to explore; you can take a wander along the fortifications, or a boat tour around the moat. With plenty of historical architecture, grand churches and intriguing museums, Naarden is a must-see for any visit to the province of North-Holland. 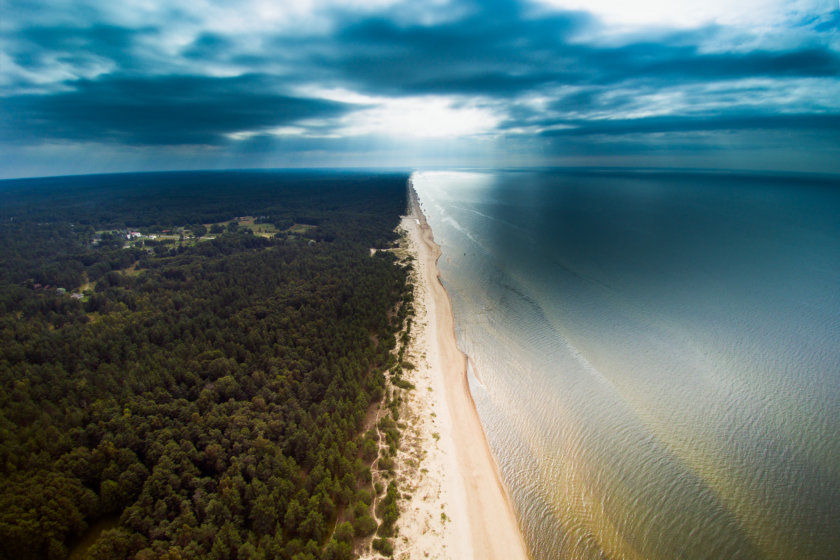 Located where the Gulf of Riga meets the Baltic Sea, Cape Kolka is home to a fascinating natural phenomenon – that of the two seas meeting – which results in incredible patterns as different-hued waters merge and swirl together. A military base during the Soviet era, Cape Kolka was off-limits to the public for decades, and is still yet to be discovered by the masses. This in turn means that not only is it beautifully tranquil and unspoiled, but that prices also remain relatively low. 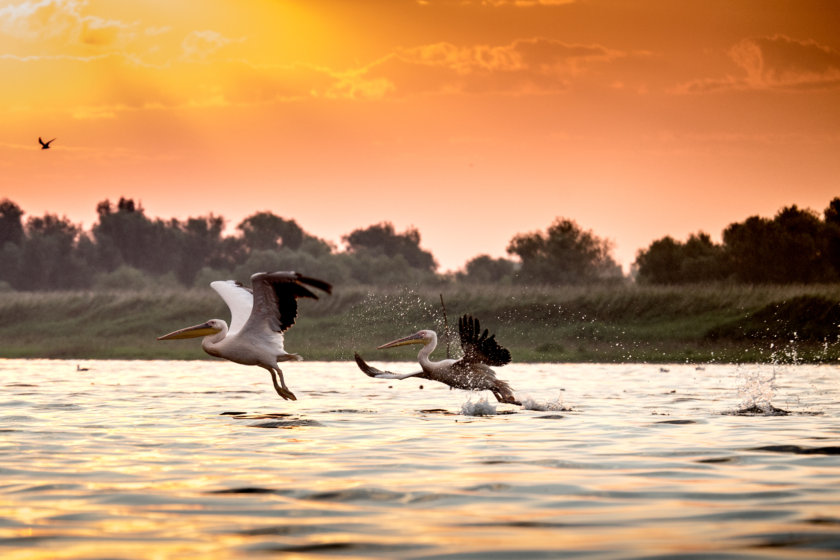 Europe’s second longest river, the Danube, divides into countless distributaries and sub-channels which lead to the reeds, forests, marshlands and sand banks that comprise the Danube Delta. The area became a national park in 1938, and is home to scores of species of plants, birds and freshwater fish. Part of the Delta is also on the UNESCO World Heritage list, and visitors will be pleasantly surprised by the diverse and eminently affordable options for accommodation, which range from luxury spa hotels to unpretentious little guesthouses. 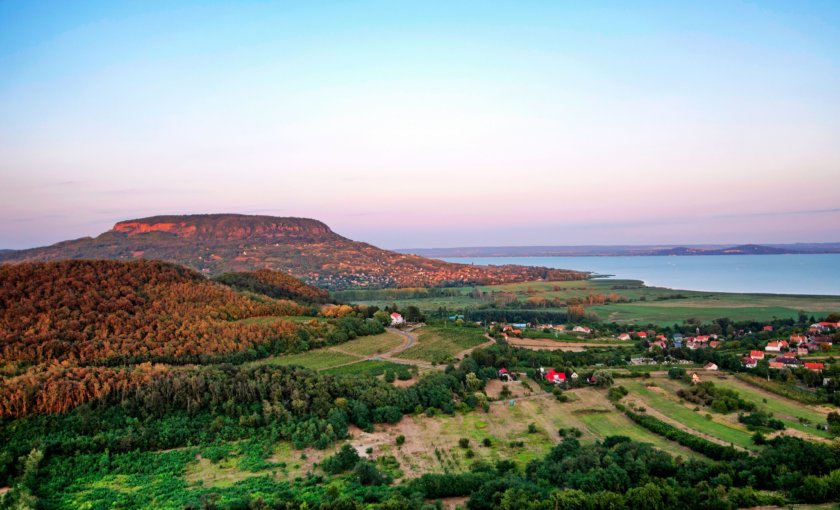 Located a few km north of central Europe’s largest freshwater lake, Balaton (or the “Hungarian Sea” to locals), the Balaton Uplands are Hungary’s answer to Provence or Tuscany. A national park, this is an area of astounding natural beauty, complete with breathtaking views, incredible underground lakes, ancient little villages with quaint whitewashed houses, and a wealth of lovely places to eat and stay.

Do you notice something about this list? All places introduced are pretty affordable, wouldn’t you agree? It doesn’t take a super popular destination to have a great trip and it doesn’t take a lot of money to have the experience of a lifetime. This list proves one more time that no one will ever run out of new places to visit because there is just so much beauty out there waiting to be seen and explored. Which hidden location on this list will make it onto your bucket list? And which one would you add?