10 Things to Expect as a Seasonal Worker


Last summer I scored my first seasonal job and I loved it!  Even though it wasn’t always perfect, I loved it so much I already signed up to it again during the winter and next summer.  Seasonal job opportunities are available all over the US, especially near or in National Parks and ski resorts, which need people for tons of different jobs.  If you ever get the chance, it’s something I would highly recommend to try at least once in your life, no matter how old you are. 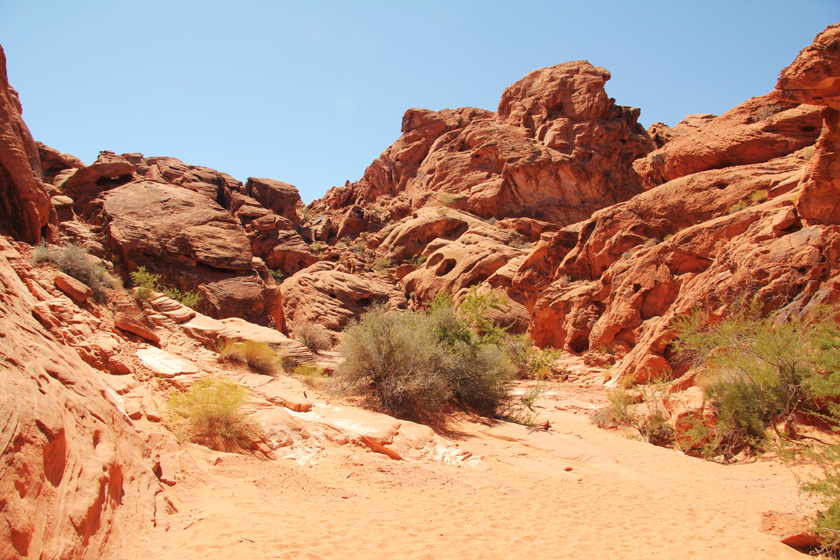 I spent the summer in Bullfrog, Utah, part of Glen Canyon National recreation Area, which stretches from Bullfrog to Page Arizona and is home of the wonderful Lake Powell.  I spent about six and a half months working at the front desk of the lodge, hiking around the canyons, and exploring as much of the lake as possible, which wasn’t actually all that much.

Here are ten things that happened to me and I think everyone should expect to happen when they sign up to be a seasonal worker.

When I first got there, I was working evenings – think 3-11pm, eventually working some mornings, 7am-3pm.  Most jobs will be regular working hours, usually sometime between 8am and 6pm; of course this depends on the job too.  Servers and cooks will have different hours, as well as front desk.  Most positions were 40 hours a week, but this could range anywhere from 30-50, depending on how busy it was and what point it was in the season. Holidays are usually busier since everyone is on vacation.

This, again, depends on what position you have.  Servers and people that make tips on a regular basis are going to make a lot more than people working retail. If you go back for multiple seasons, you will likely get raises and make more than people working there for the first time.  Most places also have housing, which comes directly out of paychecks (usually) as well as meal plans for employees.  The food probably won’t be delicious, but at least it’s readily available.  If you don’t go to a lot of places or don’t have a car, you’ll be able to save quite a bit more – which I didn’t do.  Just know, even if you’re in the middle of nowhere, it can still be easy to spend too much money if you drive a lot, which I did and don’t regret one bit. 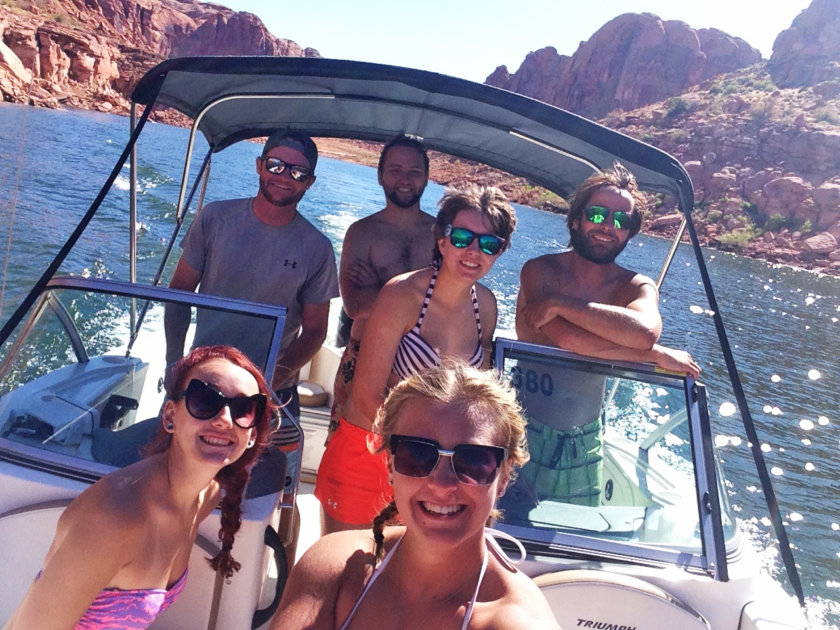 There are so many people that work seasonal jobs around the US, no matter where you end up you’re likely to make some great friends.  Then, you might not ever see them again.  The communities are really tight knit, but sometimes life happens and that was all that was meant to be.  This isn’t saying you’ll definitely never see them again; of course you can make time to see each other and visit friends, but it can be tough when you live all over the country, which brings me to my next point.  If you ever want to do a Great American Road Trip (which I totally recommend,) you’ll have people to visit and places to stay along the way.  It’s the perfect way to catch up and see where they live through a local perspective..  Despite this, make friends and have the time of your life, even if it’s just for the summer.

It happens.  You meet someone.  You get to know each other.  You spend all your free time together.  You fall in love.  It may last. It may not.  You might get married.  You might not.  They might live a few states away.  They might live halfway around the world.  If they don’t, be oh so thankful.  Meeting someone at a seasonal job can lead to anything.  You can keep traveling together.  You can move somewhere new together for another job.  There’s always the chance that it may not work out in the real world.  That doesn’t mean you shouldn’t give it a try, though.  It’s worth it. 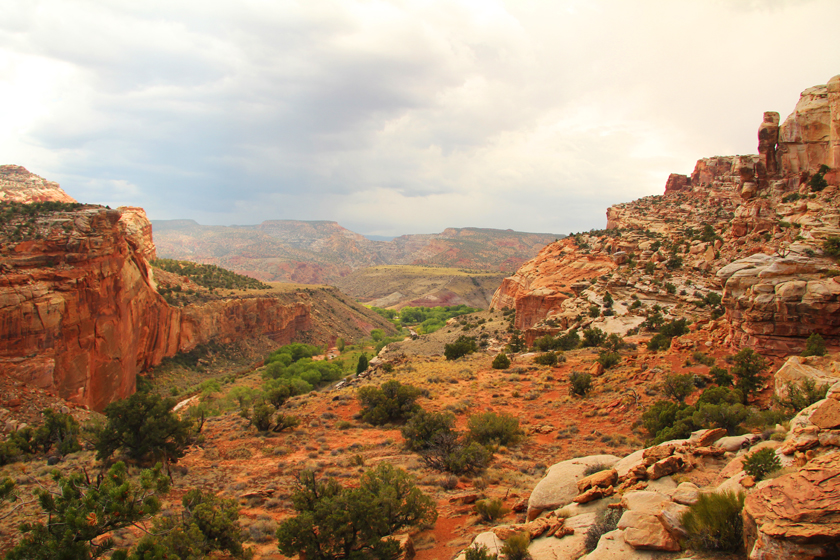 This is why you can make unbeatable friends and find a lover.  In a small place, less than 200 people sometimes, you really get to know everyone, probably more than you want to.  You live with them,  you work with them and  you spend all your time together outside of work.  This can take a toll, or it can be the best time of your life.  This can also depend on where you’re working, if you have a vehicle, and the remoteness of it.  I was almost four hours from any relevant city, while, for example, Yellowstone is less than two hours from one.  Keep this in mind when/if you apply for a seasonal job. 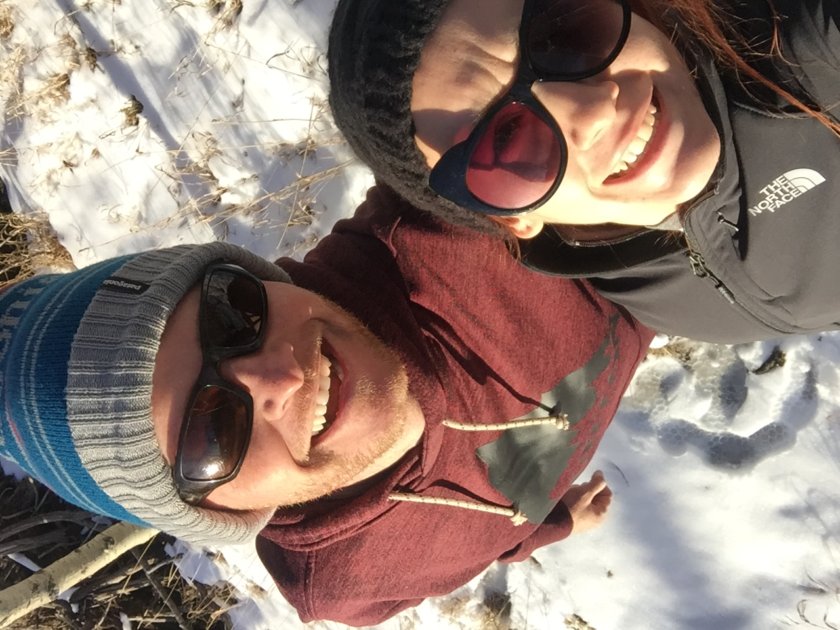 6) You probably learn useless phrases in other languages

Of course you learn the swear words.  That’s probably the first thing people always ask to learn. Over the season you’ll learn other random words and phrases.  Things like ty uvolen,.  That’s most effective said in the sweetest, nicest voice you can manage (and as a joke of course since it’s the only thing I can say).  It means you’re fired in Russian.  That was my favorite thing I learned. There were people from Bulgaria, Taiwan, Romania, and Russia, so there are tons of opportunities to learn new languages.  You can help people with English and they can help you learn their language..

7) You meet people from all over the world

Most people, but not all, doing seasonal work come from far and wide.  I’m from Wisconsin and ended up in Utah.  I met my boyfriend there, who’s from Florida (see point two).  I made friends from Colorado, Utah, North Carolina, Illinois, California, Arizona, and Russia.  I might not see most of them again (see point one), but that doesn’t mean I didn’t absolutely love it there.

8) You get to explore a new part of the country

Being from Wisconsin, I hadn’t seen much of the west.  After almost seven months I got to explore a ton of places in Utah, Colorado, Nevada, and Wyoming.  Even if you come from four hours away, that can be a world of a difference.  With days off you can spend them exploring parks and cities a little farther away.  You see things you never thought you would see and that brings me to the next point.

Some examples:  I saw at least four rattlesnakes up close; I explored canyons the majority of visitors don’t even know exist; I climbed too many things most people wouldn’t… and I saw a snake eat a rabbit. I can almost guarantee none of that would have happened if I were just passing through for a few days.  Most people just see the main sights because that’s all they have time for. Well, working seasonally, spending four to seven months somewhere new, you have a lot more time to see a lot more things.

10) You minimize your lifestyle

This kind of has to happen because you’ll probably be living in a dorm, sharing it with someone.  There’s only so much room. Plus, if you drive out, a car can only hold so many things; and if you don’t have a car, you can only carry so much stuff.  However, once you’re stationed there for a bit, you start to accumulate things like swan floaties and lemur onesies, which are totally worth it by the way.  Most people left with more than they brought, but that’s just a great reason to get rid of some of your old things.

Working seasonally is one of the best things I’ve ever done and if there weren’t so many places outside the US I wanted to visit, I would keep doing it for a very long time.  It’s an awesome way to see the country without having tons of time to spare and money to spend.  This is also an amazing learning experience in so many ways.  You can learn new skills, new languages, while expanding knowledge on wildlife, geography, and history of a new area. I can’t recommend it enough. 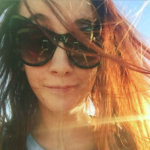 Megan is a Wisconsin native currently working her way around the US. She moved to Utah in the summer of 2016 and will be returning after a winter in Wyoming. You can find her exploring other countries any chance she gets, most likely reading, hiking, or drinking coffee. You can follow her adventures on or on her blog .